We love Kuhnhenn Brewing.  There you go, we said it 🙂   You may have read about these guys in our posts about last years Brewers Guild  Winter, Summer, U.P., and Detroit Beer fests.  Sadly, its taken us this long to get our butts over to actually visit the taproom (located on the corner of Mound Rd. and Chicago in Warren, Michigan).  Luckily, good things come to those that wait! 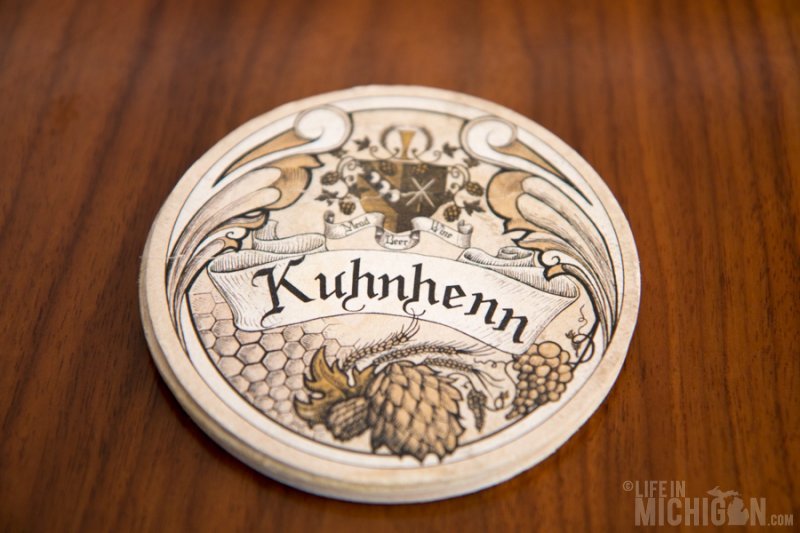 Thanks to an abundance of windows, the taproom at Kuhnhenn Brewing feels huge, yet inviting.  There are plenty of tables with nice high bar chairs to sit at or you can pick from three sides at the bar in the center of the room. 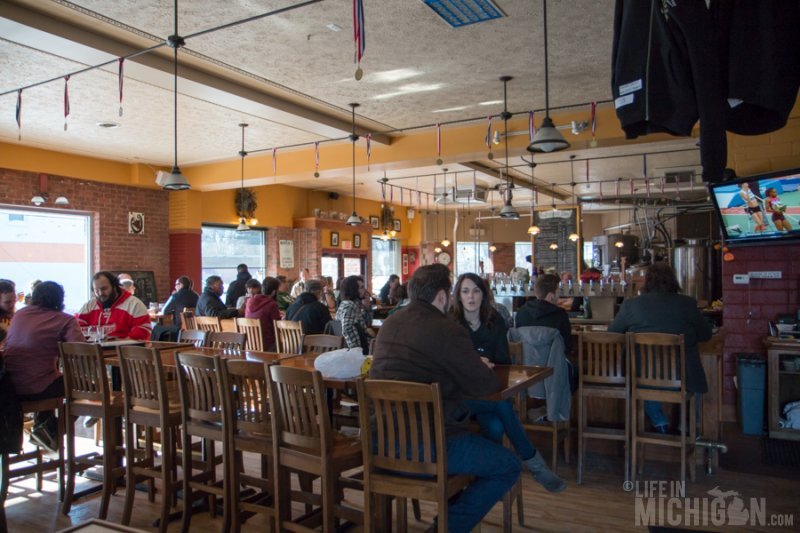 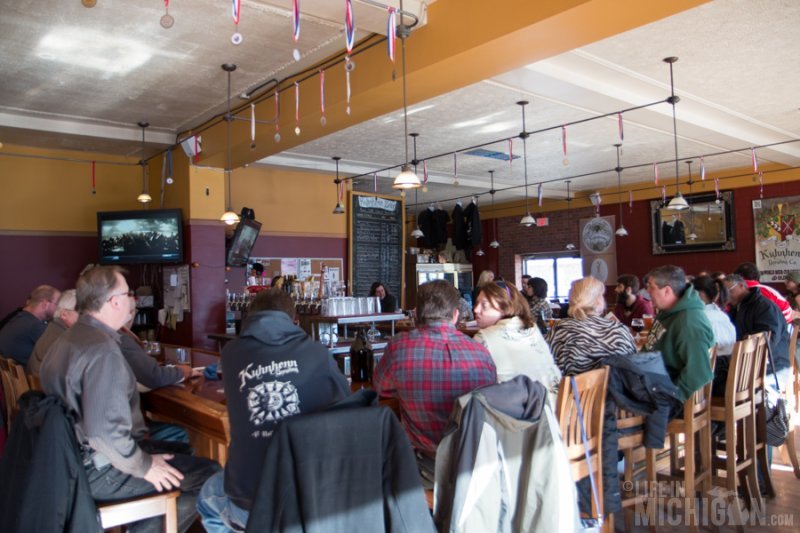 Now that you have found a seat, its time for a beer!  Just look at this awesome array of deliciousness! 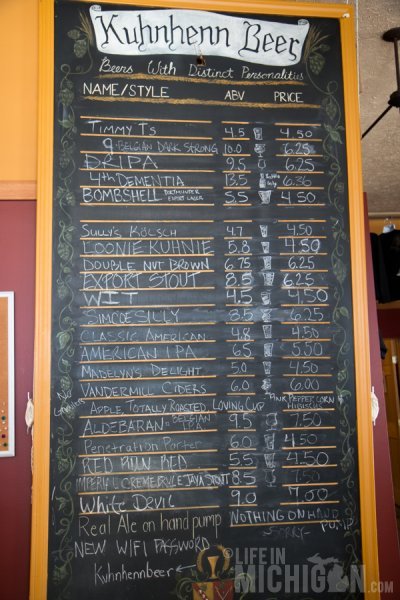 We started out with a flight that included DRIPA (Double Rice IPA), Creme Brulee Java Stout, Double Nut Brown, 9 (Belgian Strong ale), and American IPA.  As you’d expect, each of these were great.  You have to like vanilla with the Creme Brulee as that flavor stands out.  I really enjoyed 9.  I’m normally not a big fan of Belgians, but this one rocks!  The American IPA is a solid IPA with good flavor.  However, we still love the taste of DRIPA.  Fell in love with it at one of the beer fests a while back and its still tops in our book. 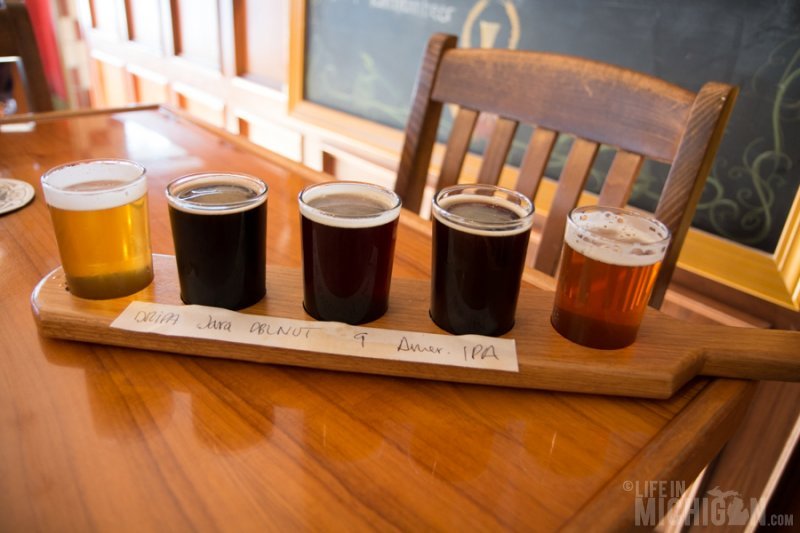 While the bar doesn’t serve food, you can get free popcorn or some basic snacks.  The other option is just to order delivery or bring something with you.  Then again, if you have DRIPA, do you really need anything else? 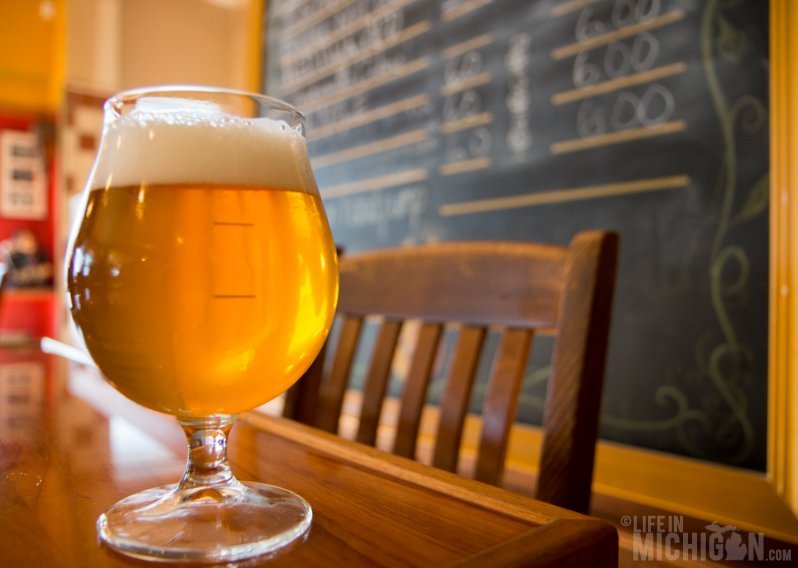 The Kuhnhenn Brewing taproom is well worth visiting.  Be sure to stop in and check out all the great brews these guys are making!

Griffin Claw Brewing has quickly established themselves by making great beer.  They roared out of the gate in the Fall of 2013 and you can already find their beers in just about any store with a decent beer selection in Southeast Michigan.  Since we were out and about in the area, we cruised over to South Eton Street in Birmingham, Michigan for a visit.  It was difficult, but I found a way to keep my pants on! 🙂 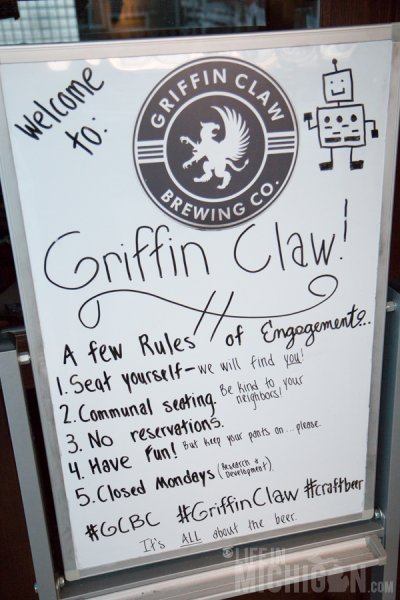 You have to love the wide open beer garden feel at Griffin Claw.  Rows of picnic table offer up plenty of seating. 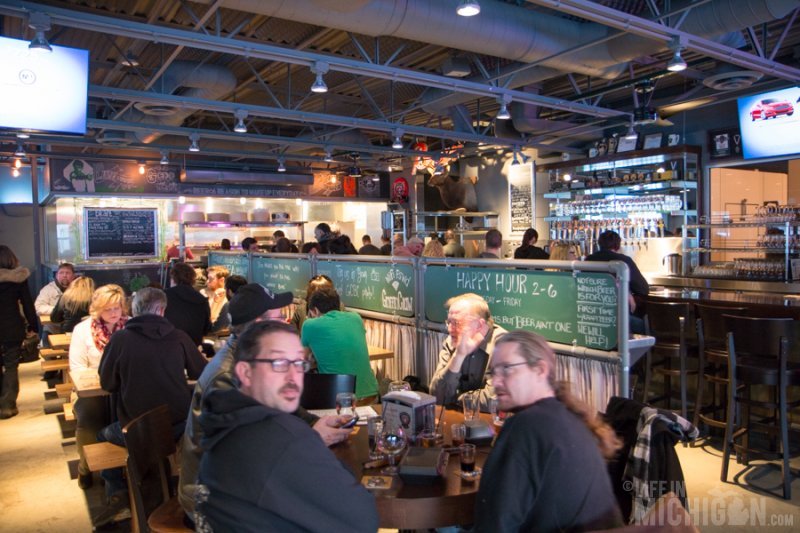 Our visit in the winter was warm and cozy.  But, I have to believe that with the garage doors in the front and the nice patio out back, it would be a great place for a beer on a warm summer evening. 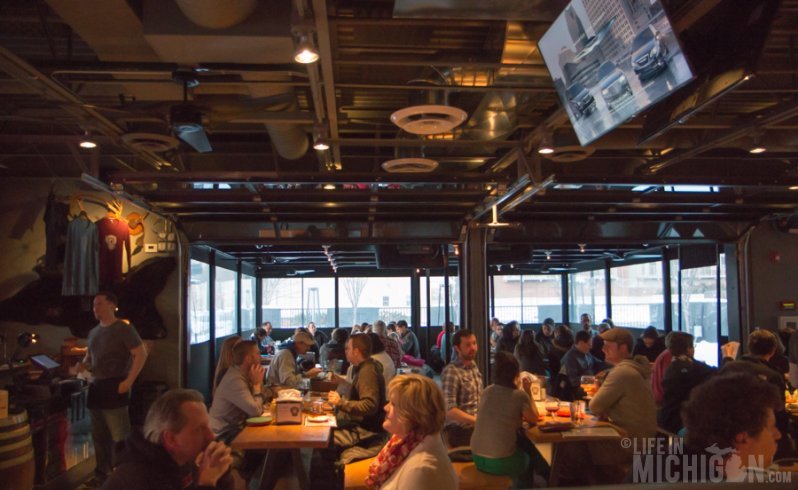 You definitely won’t want for service at Griffin Claw.  The wait staff are super friendly and attentive.  Our server knew all about the beers and was ready to lend us a hand in picking a beer.  With a lot of choices to consider, we started out with a flight that included Bonnie’s Raggedy Ass Double IPA, Cherry Tripel, Coffee Bourbon Stout, and Roggen Beer). 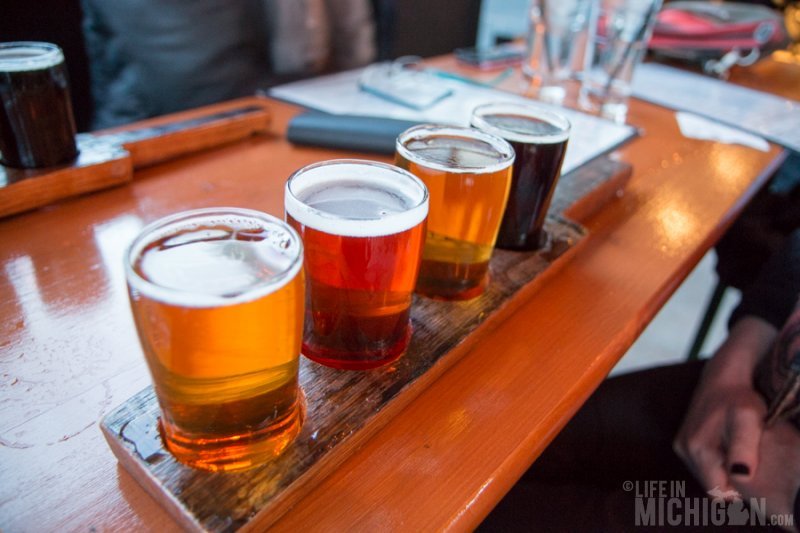 All good stuff!  However, we really liked the Cherry Tripel and Coffee Bourbon Stout. 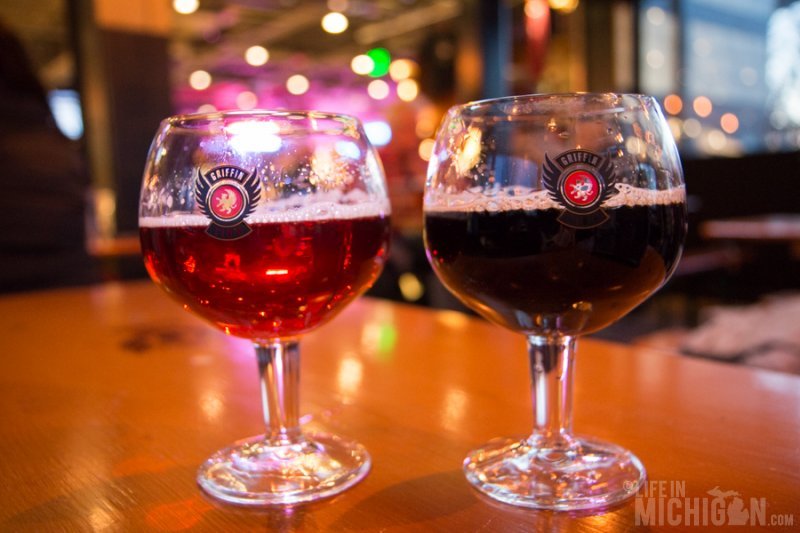 You can’t go wrong with a visit to Griffin Claw Brewing.  Stop in and have a beer why don’t you 🙂 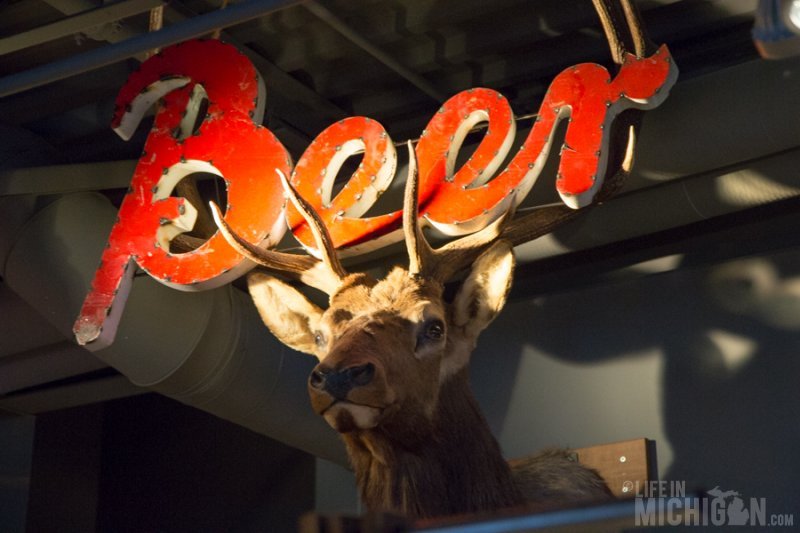