Laith Al-Saadi smoked up some delicious blues guitar seasoned with his soulful vocals at Sonic Lunch in Ann Arbor, Michigan on 7-Aug-2014. Everyone at the packed Liberty Square plaza thoroughly enjoyed every ounce of Laith’s evocative music. What more could you ask for on a beautiful Thursday afternoon. 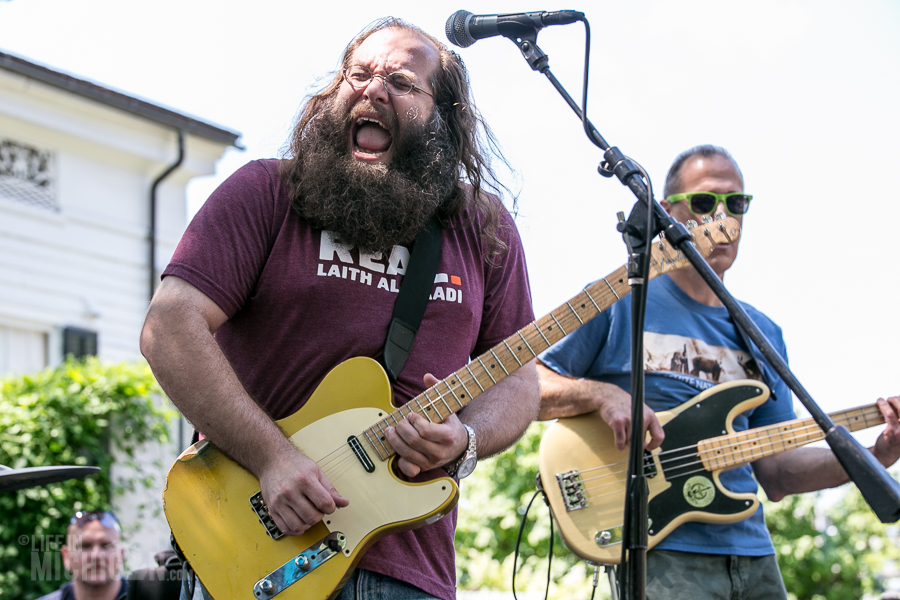 Laith Al-Saadi has been a stable at Sonic Lunch since its inception back in 2008. He’s a mainstay in Ann Arbor who can be found playing weekly at Bar Louie, The Black Pearl, and the Arena. He relentlessly tours through out Michigan with journeys taking him across the United State and into Western Europe. Laith plays the blues fueled by his powerful voice and guitar playing. While Laith’s recorded music is great, he shines in a live setting. You can see and hear his undying passion for music when he is on the stage. Living in Ann Arbor, we’ve had the great fortune to see Laith Al-Saadi a number of times including the Michigan Brewer’s Guild Summer Beer fest last year as we as at my 50th birthday party. If you love great guitar playing, you will dig seeing this man putting his Telecaster to task. 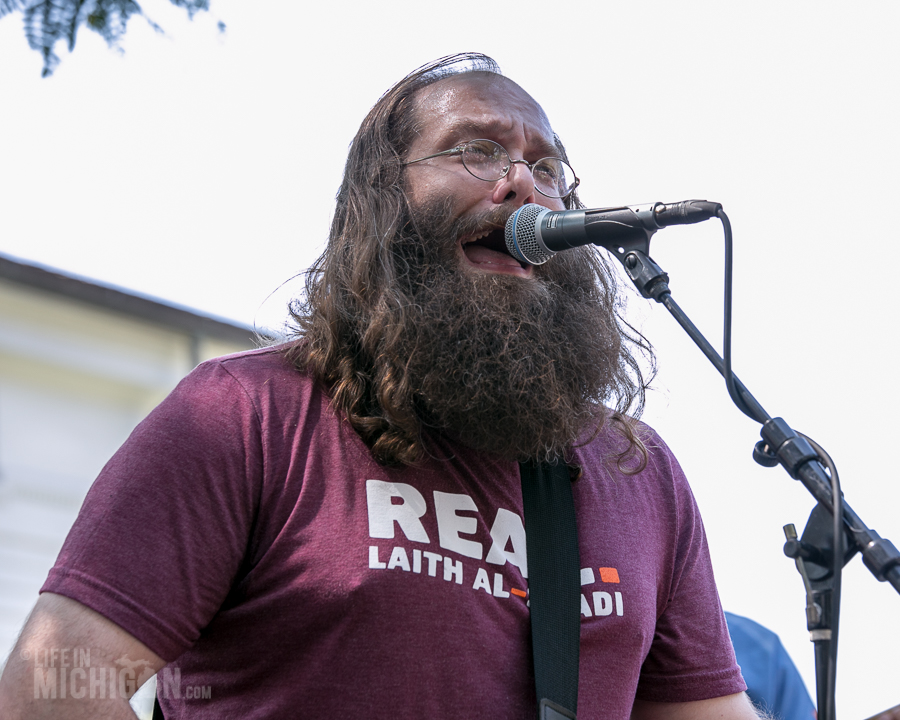 Serving Up The Blues

Laith was joined at Sonic Lunch by Jeff Moehle on drums and David Sterns on bass. They provided a rock solid foundation for a mid-day dose of music. 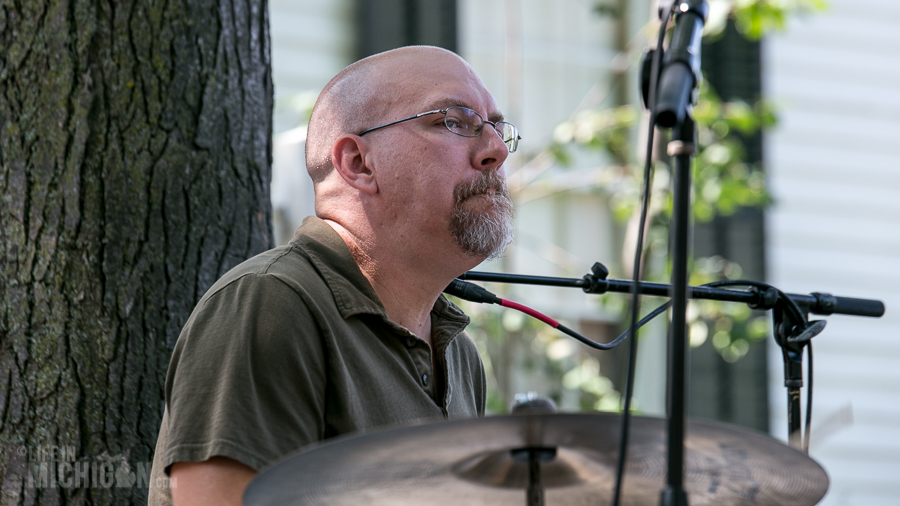 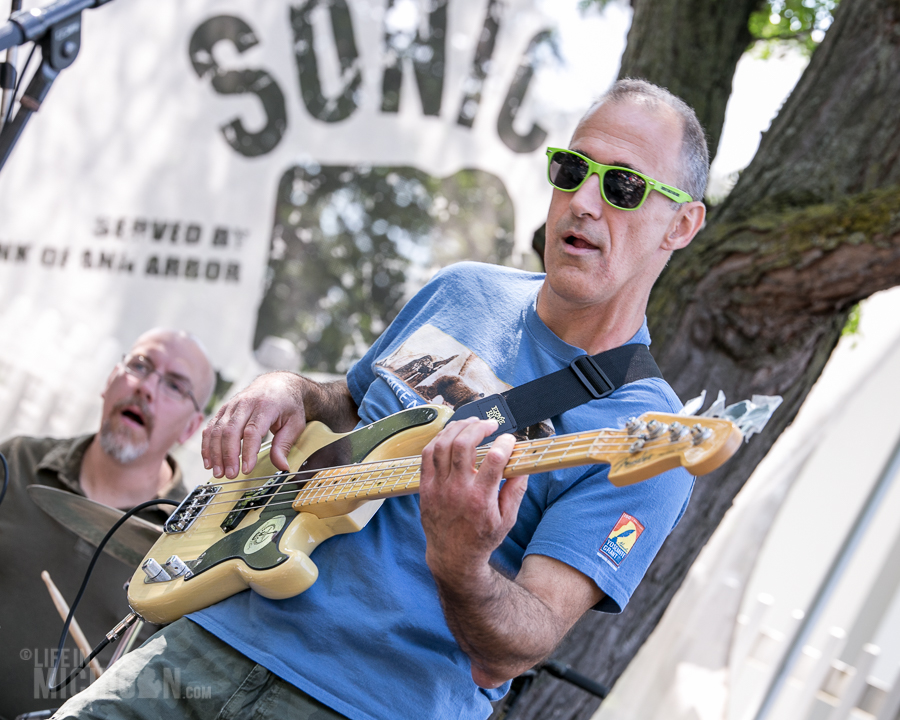 From his latest release, Real, Laith played Gone with its somber mood and a fantastic solo that hints of Django.  He also played the down and dirt jam that is Complete Disgrace.  The solo he played on this song was mesmerizing with tones and phrasing that had me imagining Hendrix jamming with Eric Johnson. Also from the Real release, Laith took the crowd south for some New Orleans rhythm and blues with the sassy What it Means. Laith went back to his In The Round release to crank out the romping and stomping Chains. Teeth gnashing gritty blues that will carry your troubles away. 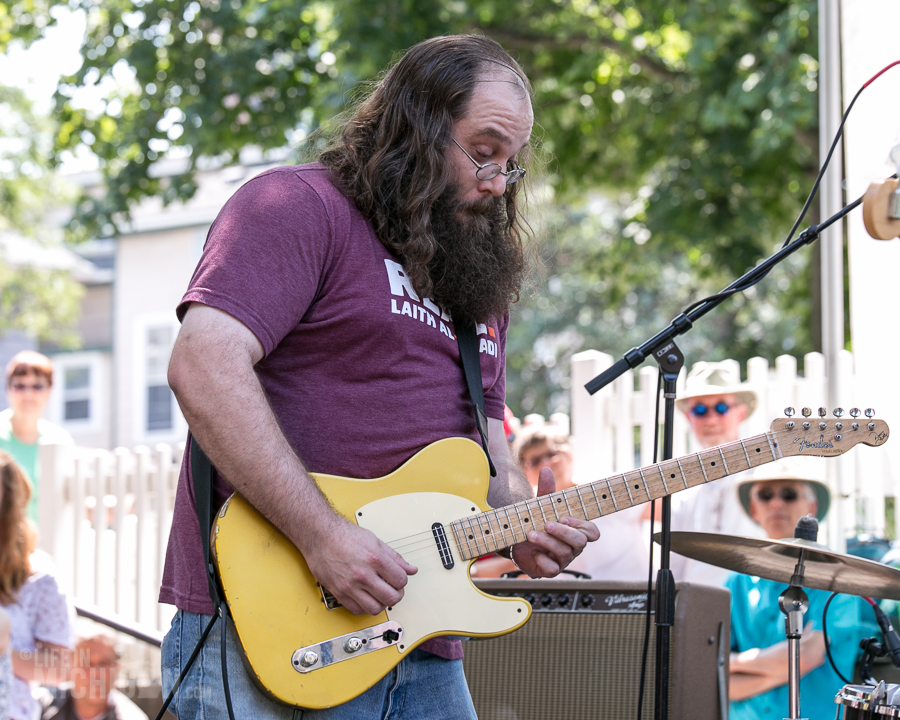 In addition to his brilliant originals, Laith Al-Saadi broke out a few awesome covers, which included Ophelia by The Band. This tune is also recorded on his latest release, Real. Laith hit on two of my favorite artists with his fantastic renditions of Bold As Love by Jimi Hendrix and One Way Out by The Allman Brothers. Since it was the eve of the anniversary of Jerry Garcia’s death, Laith paid homage with a cool cover of Tennessee Jed. I’m not sure how he got his guitar to make that steel guitar swell, but I’m sure Jerry would be happy. 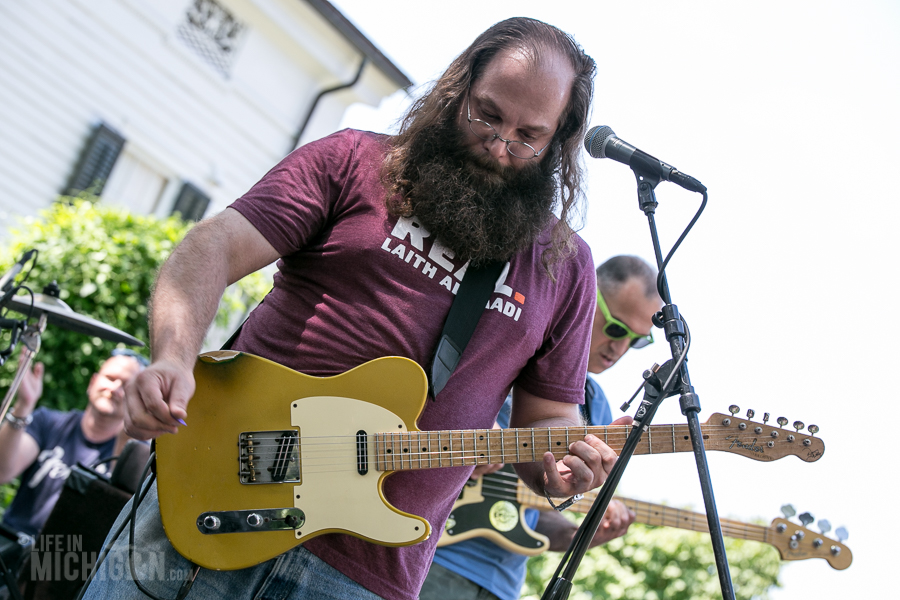 I can’t think of a better way to spend my lunch than rocking out to some cool jams by Laith Al-Saadi. Be sure to stop by the gallery to check out more pictures from the gig. If you attended Sonic Lunch, leave a comment to share! We’d love it if you’d subscribe to our newsletter, or follow us on Facebook, Twitter, Pinterest, Tumblr.  Cheers!