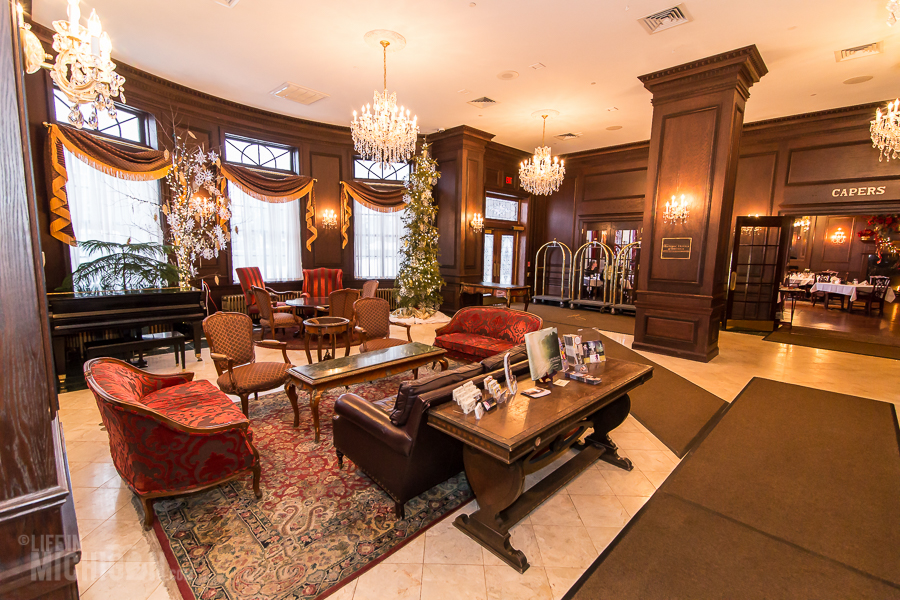 The Landmark Inn is a historic hotel located at 230 N. Front street which is on the corner of Front and Ridge streets in downtown Marquette. It is an excellent location as you are just a couple blocks from the Vierling, a short walk to Blackrocks or the walking/biking path along the shore of Lake Superior. The Landmark Inn originally opened in 1930 and was the centerpiece of Marquette through the 60’s. With hard times during the 70’s, the hotel closed in 1982. After falling into shambles, local developers Bruce and Christine Pesola bought the hotel and spent 6.2 million dollars to restore the Landmark Inn to its former glory. As you can see, they did an outstanding job. 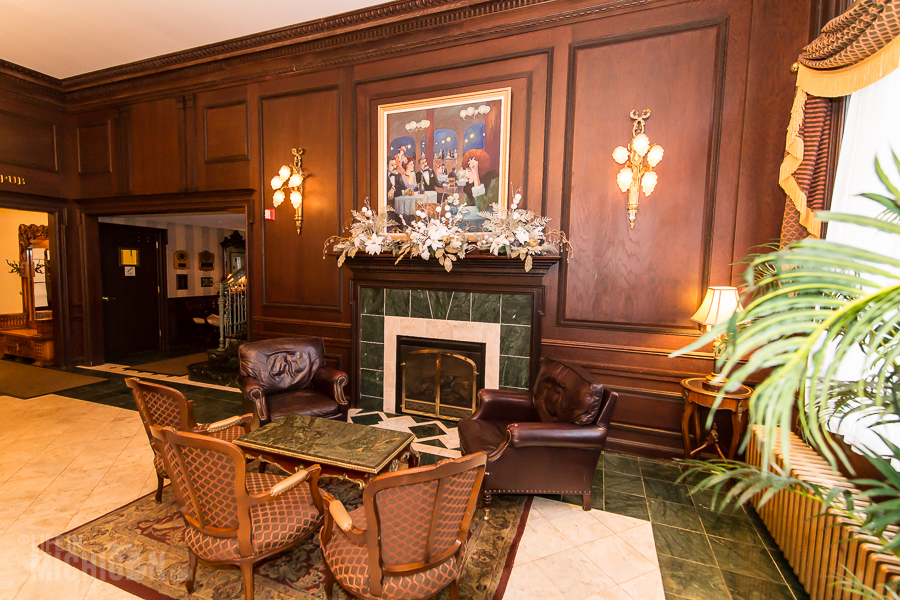 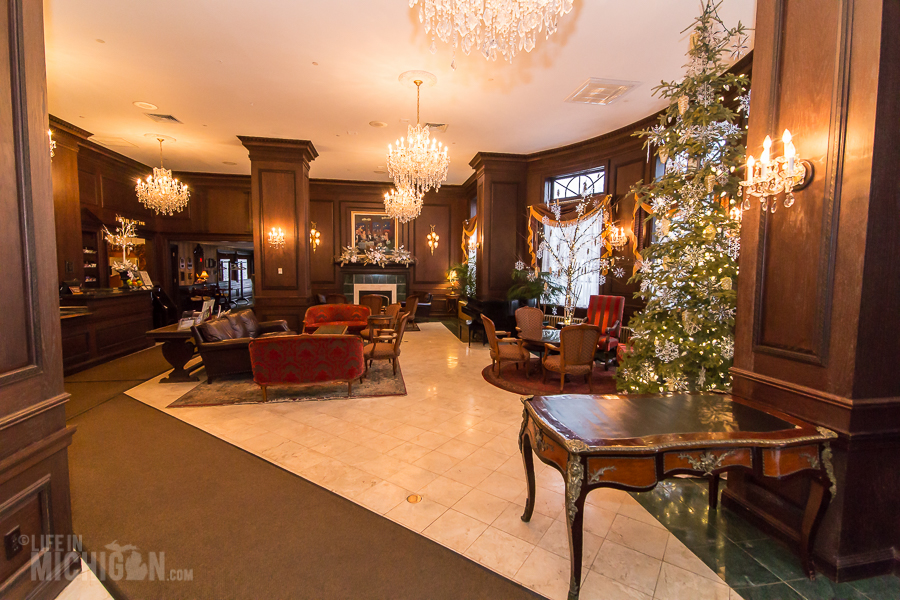 Drop into the gallery if you’d like to see some more pictures.

While the hotel is a fine place to rest your bones, they also have an excellent restaurant called Capers. We enjoyed huge breakfasts each morning in this festively decorated space. 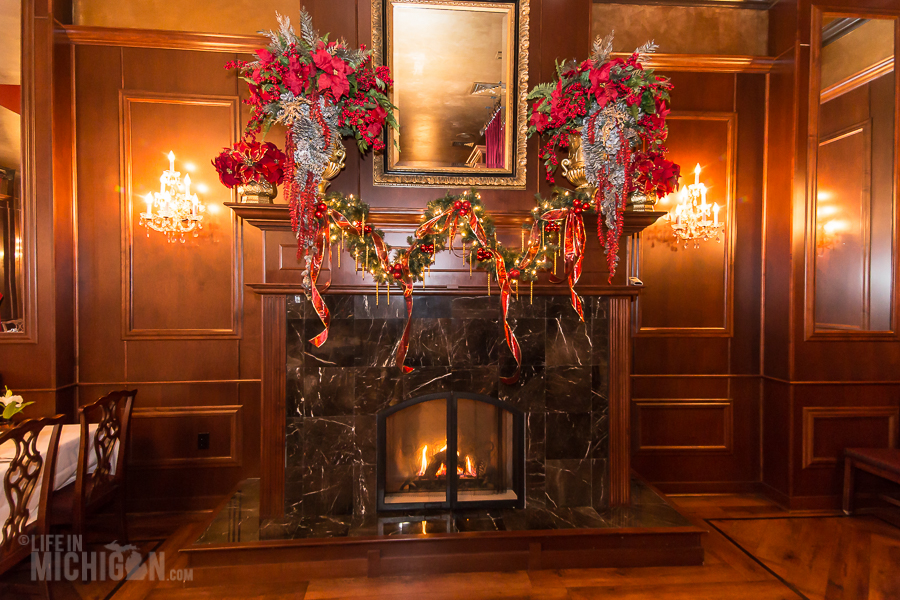 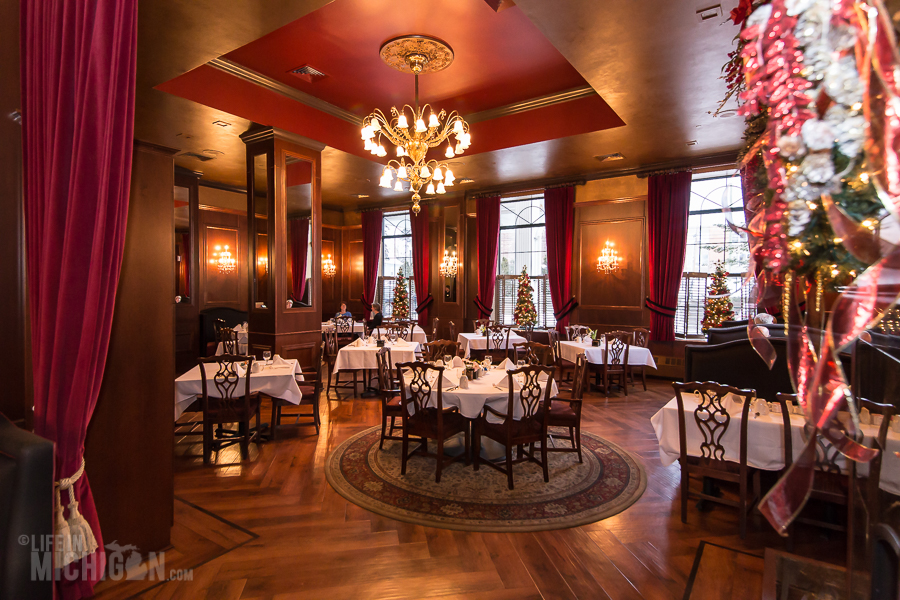 The Landmark Inn also boasts two great pubs, the Northland Pub which is located just off the main lobby and the North Star lounge which is way up on the 6th floor and offers some great views of town. We checked out both and found they had great Michigan beers and you can order pretty much the same food as in Capers. One thing to note, prices for food are very reasonable. Given the setting, I was expecting it be expensive, but it was far from it. 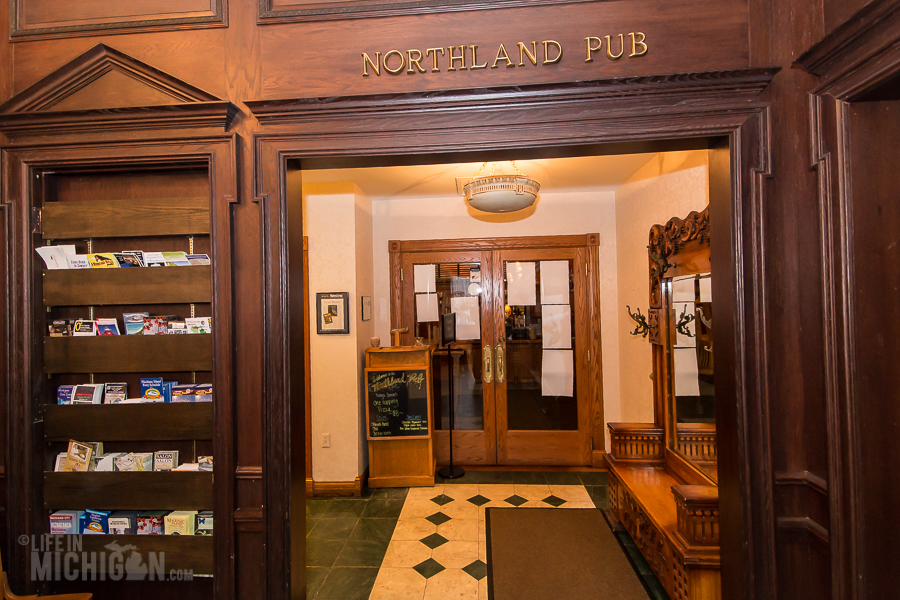 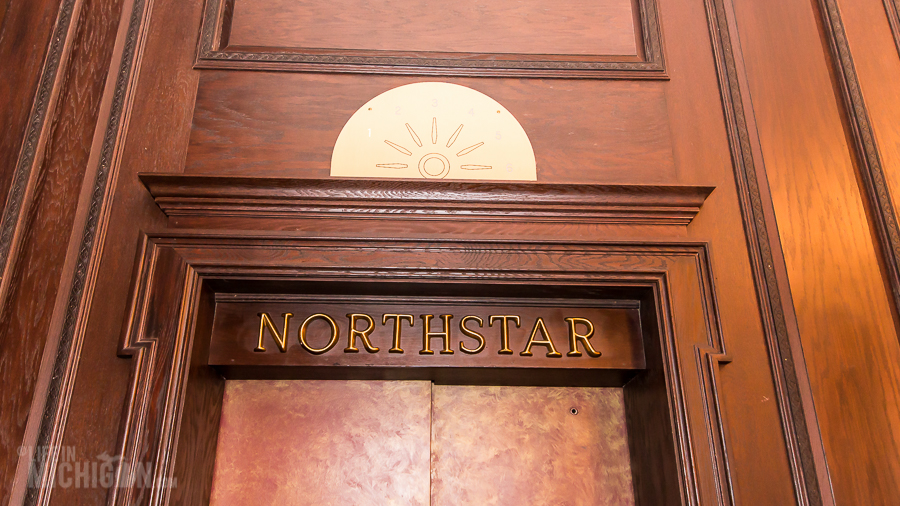 Joe’s Cakes is also located at the Landmark Inn.They look amazing. Brenda tried some cake in the North Star lounge and it was pretty rich and tasty. 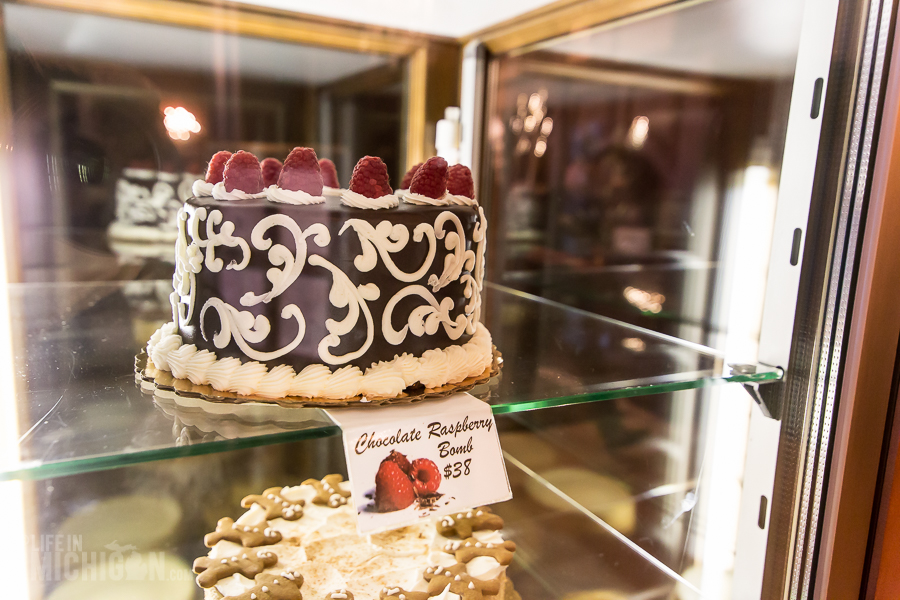 I may have left a small detail out when I told Brenda that I’d booked a room at the Landmark Inn. Apparently, the hotel is haunted. The most infamous room is the Lilac Room located on the 6th floor. The story goes that a librarian lost her husband to Lake Superior and died of a broken heart looking out from the sixth floor window. Our friends Jeff and Angie were right next door and reported that one side of the room caused strange static on their cell phones. Cue the scary music! There is also mention of the North Star lounge having a ghost. I mysteriously had 3 hot totties and a shot of Balvenie disappear at the lounge. I’m thinking the ghosts there are a bit of a lush. There is some fun reading about the haunting over at Haunted Places To Go as well as a great article over at the Mining Journal. We didn’t see any ghosts, but our hallway screams The Shining. Redrum. 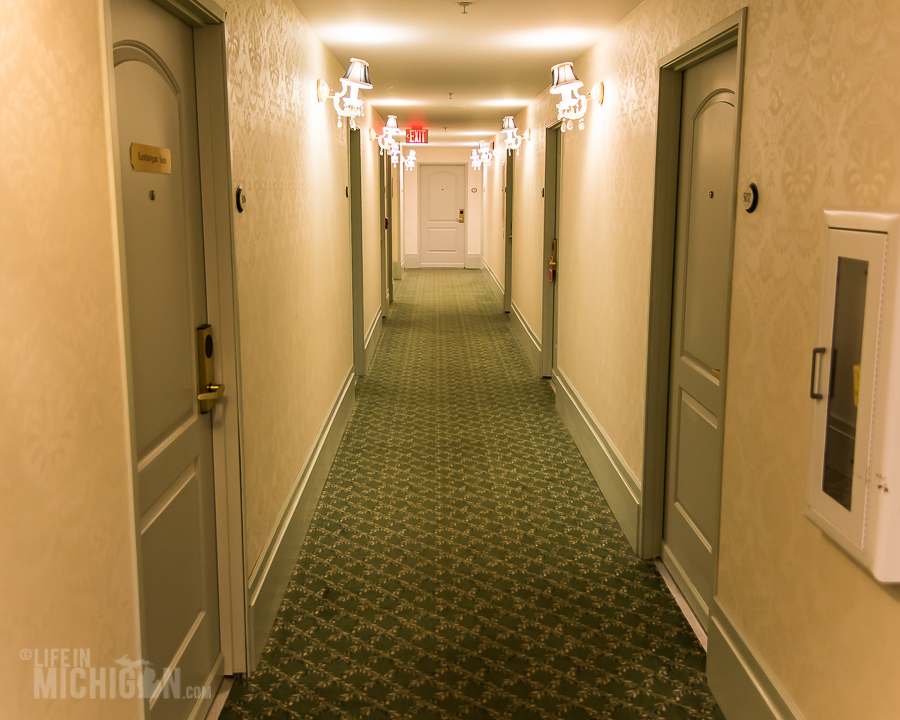 This year was the 25th ball drop in Marquette. It takes place on the corner of Washington and Front streets. It was just a couple blocks from the Landmark Inn which was great as it was zero degrees outside. We started out our New Years Eve festivities by enjoying a beverage from the Northland pub and checking out the live music they had in the hotel lobby. The band was a lot of fun and did some great covers (pretty sure I heard a cover of Prince). 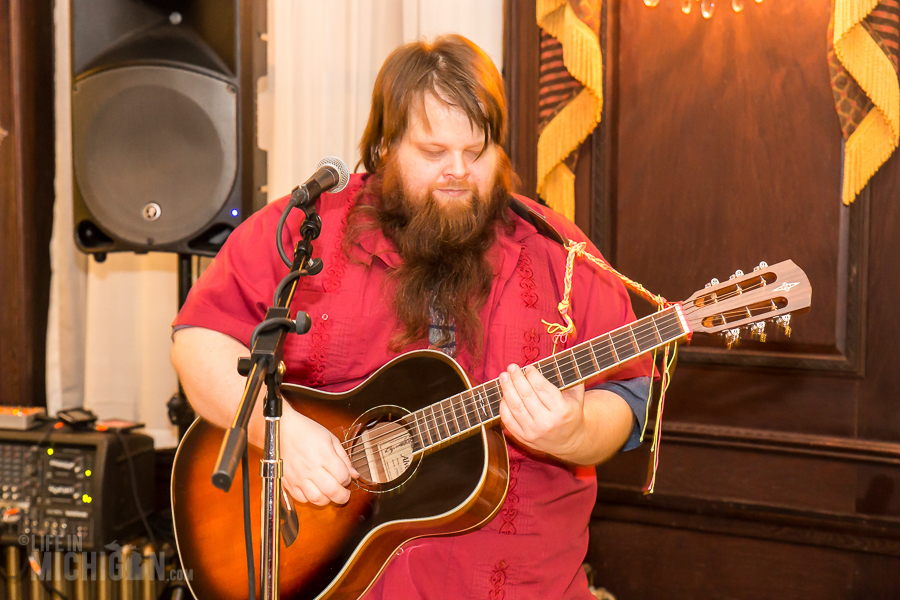 As the midnight hour approached, we headed outside. It was still a few minutes before count-down, so we stopped into the Vierling for a tasty beer. 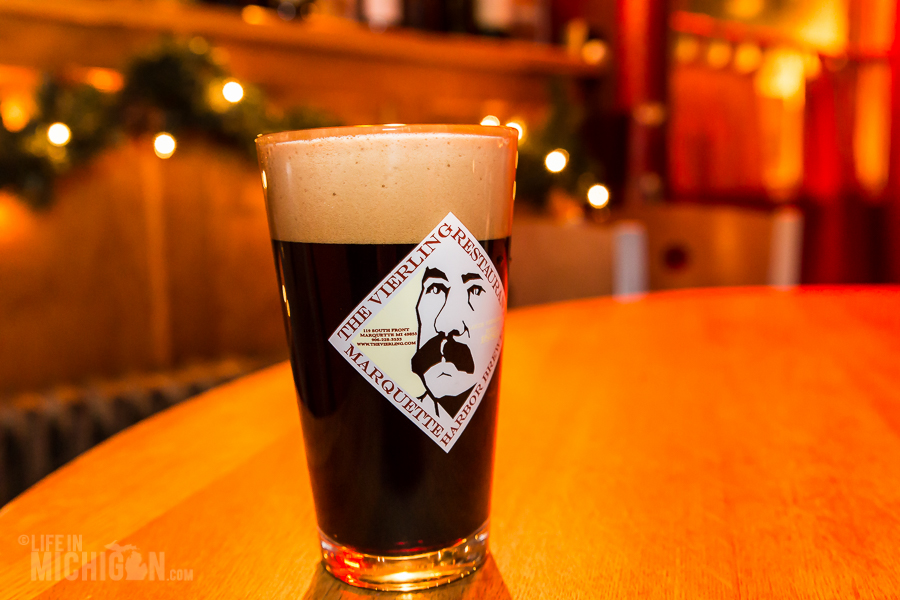 With a couple minutes to go, we ventured back outside for the ball drop with the other crazy people that thought standing outside in sub-zero temperatures to celebrate the coming New Year was a good idea. Regardless of the biting cold, it was fun to count down with the crowd and bring the new year in with a smile. You can see more pictures of the New Years Eve festivities in our gallery. 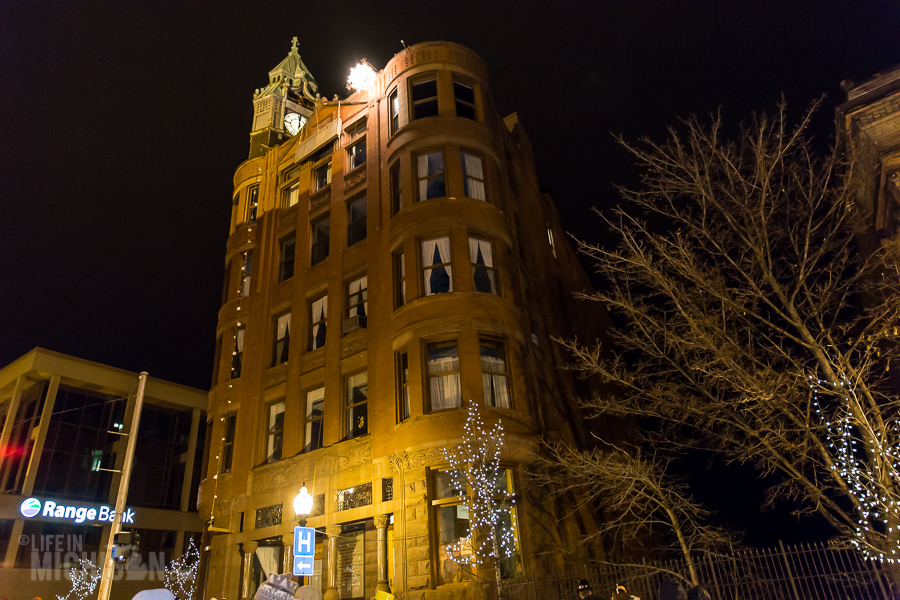 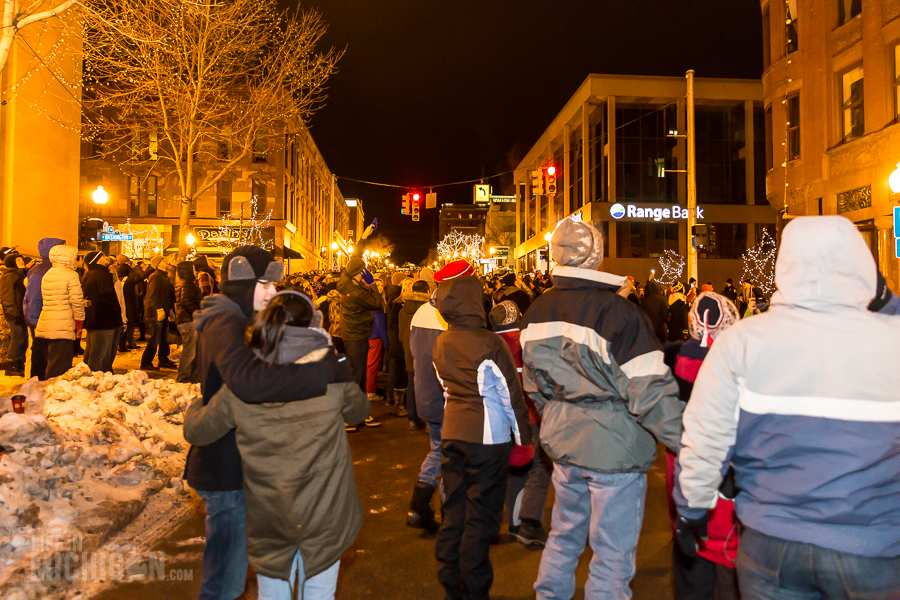 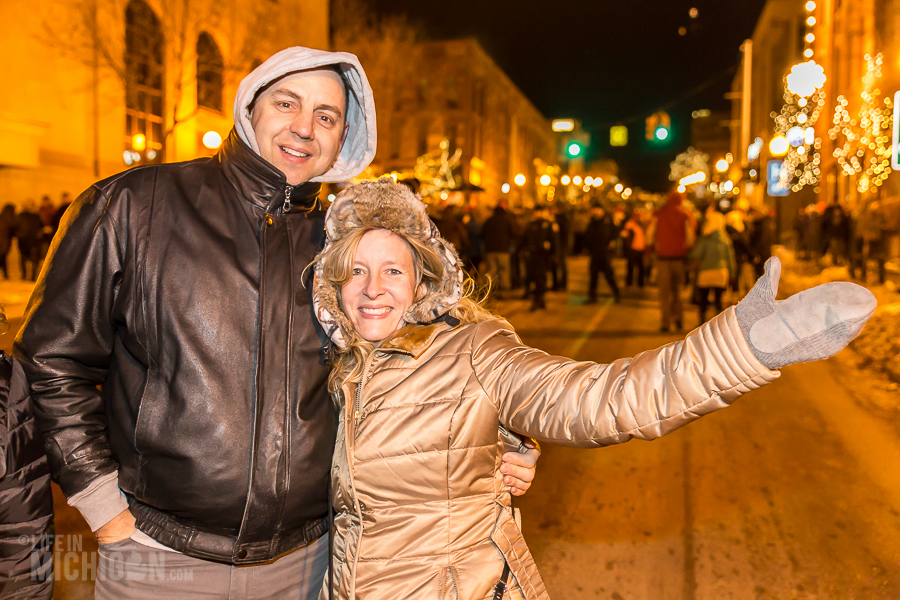 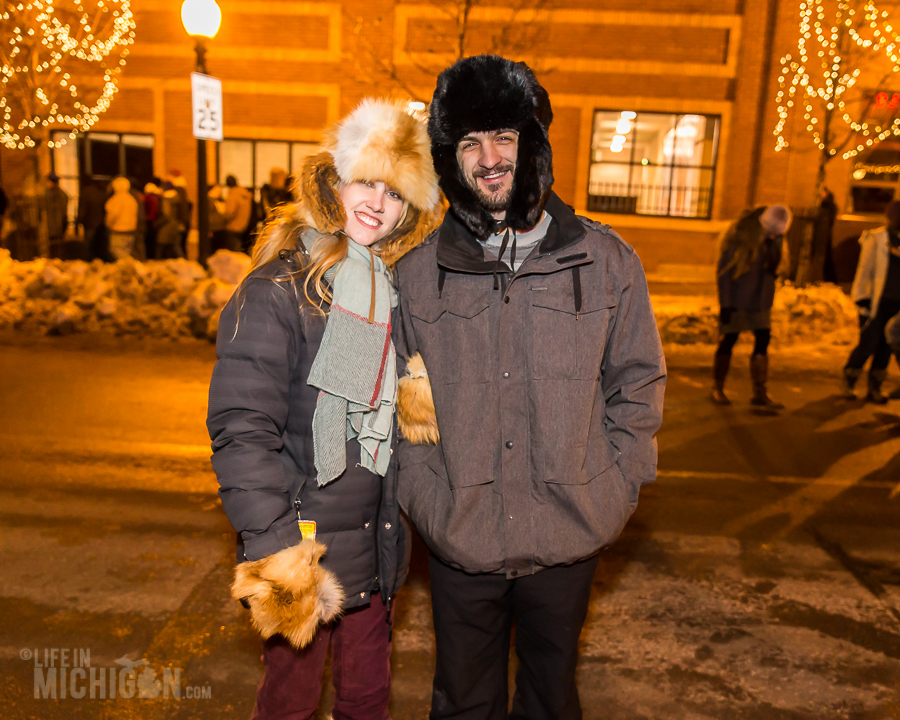 Our stay at the Landmark Inn was an excellent part of our 2014 Michigan Winter Vacation. You can’t beat the location and our accommodations were outstanding. If you’ve stayed at the Landmark Inn, leave a comment and let us know what you thought. As always, you can keep in touch with us by signing up for our email or you can find us on Facebook, Twitter and Tumblr. Turas math dhut!