M-Brew – Bringing Up North to the City 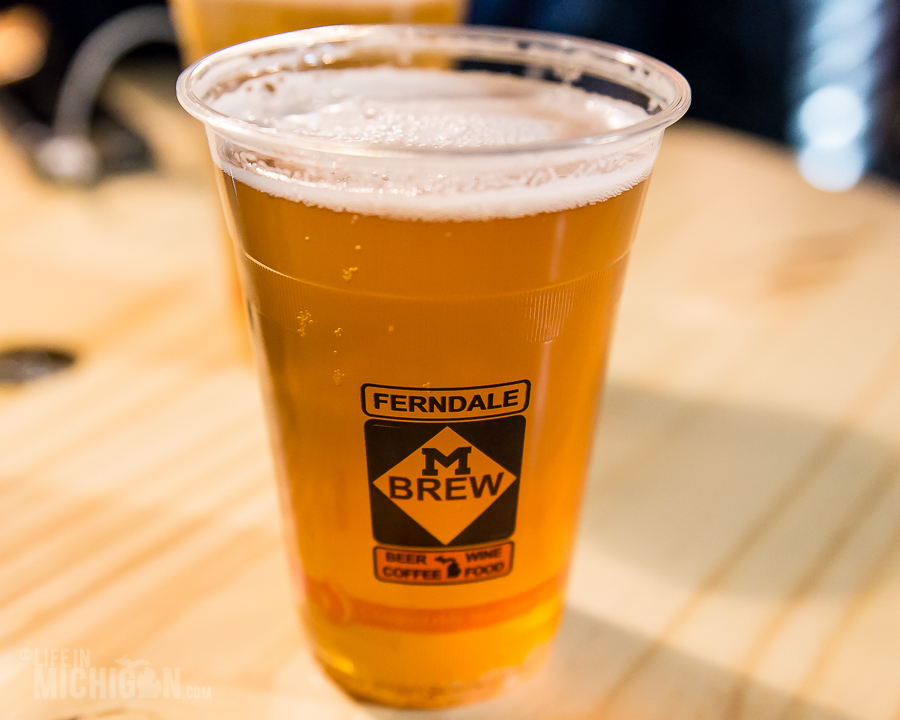 We learned about M-Brew from my buddy, Mick McDonald of National Rock Review fame. He mentioned that M-Brew were starting up a pinball league which was featuring Dark Horse Brewing beers every Wednesday night. I’m not much of a pinball wizard, but M-Brew sounded like a cool place and they had Dark Horse on tap, so we journeyed out to Ferndale for a new adventure. M-Brew is located in an old VFW hall on 177 Vester which is just east of Woodward and north of 9 mile. Its pretty much in the heart of Ferndale and very easy to find. That is unless your Garmin wants to take you on a tour through Highland Park on your way to Ferndale. 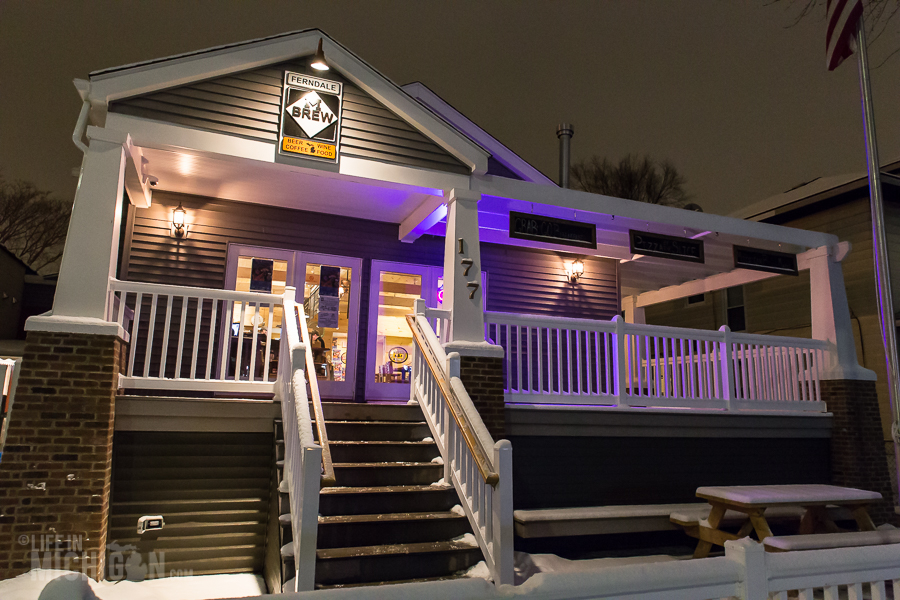 Having just been up to the U.P. between Christmas and New Years for a little Winter vacation, I felt like I was back in one of the cool northern Michigan pubs you find in little towns like Munising or Big Bay. The interior is decked out in knotty pine, a cozy sitting area next to a fireplace, and tables for enjoying a beer and some food. 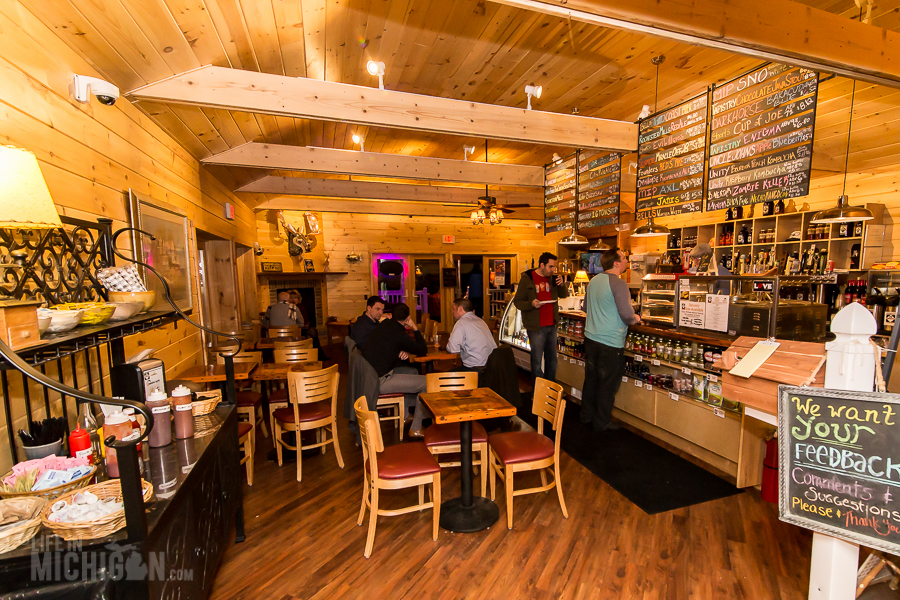 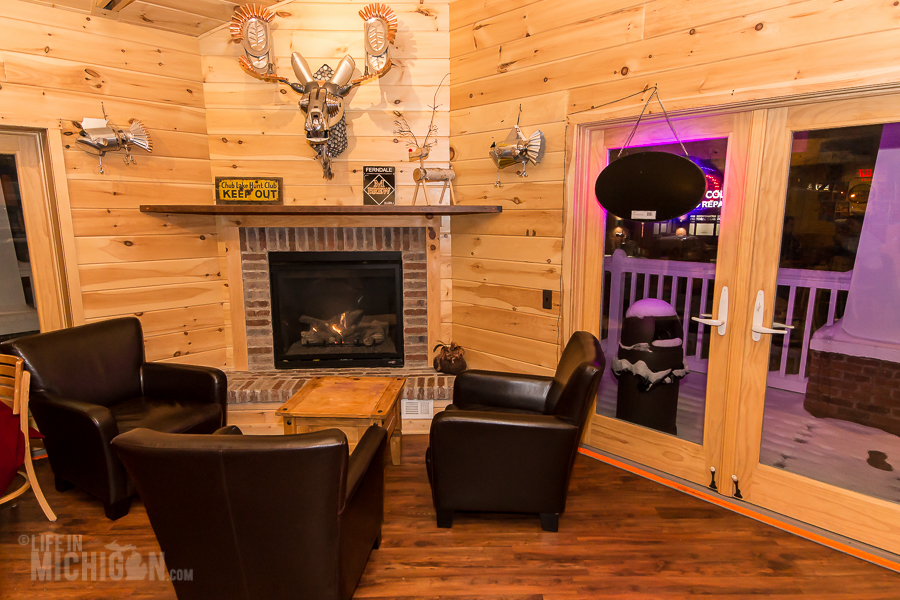 The downstairs holds a monster game room with old school arcade and pinball machines, a sweet ass shuffle board, and a big screen TV to watch a game. 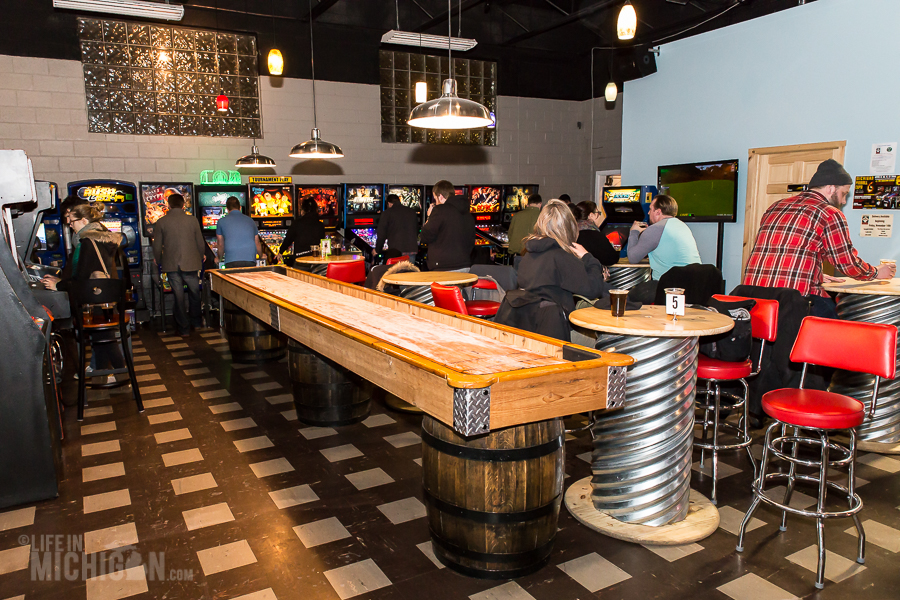 All Michigan, All The Time

While walking around taking pictures, I met Felix. Who was kind enough to give me a little tour and the story behind M-Brew. 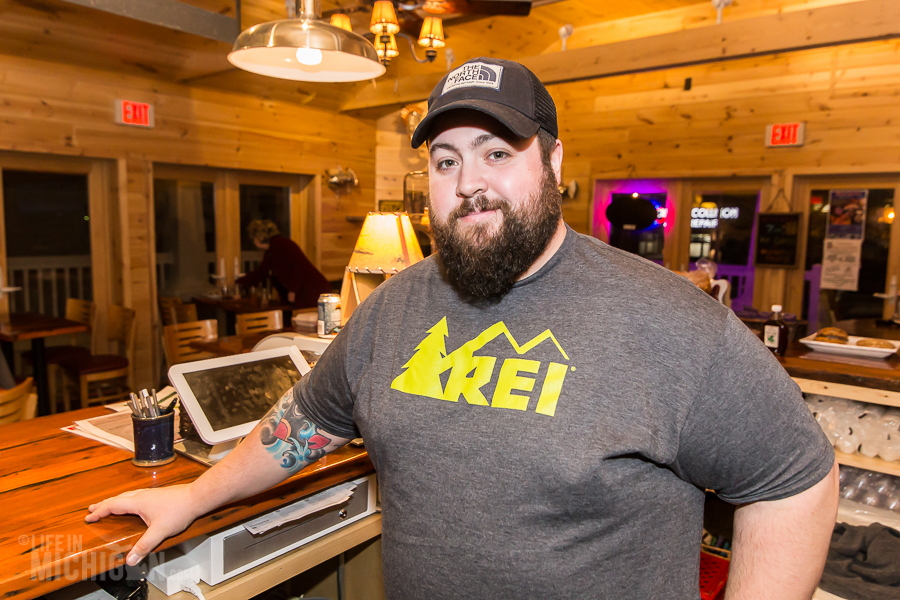 M-Brew takes the phrase “think local first” to heart. They sell only Michigan products and locally source the foods they prepare. The kitchen is huge and also handles all the catering for Dino’s (as the owner of M-Brew also runs Dino’s Lounge in Ferndale). They even have their own smoker. 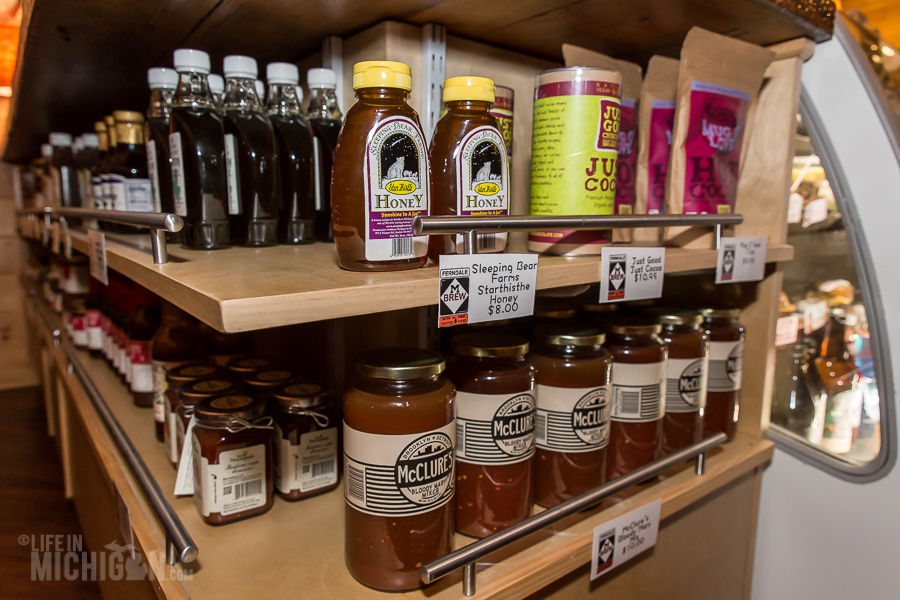 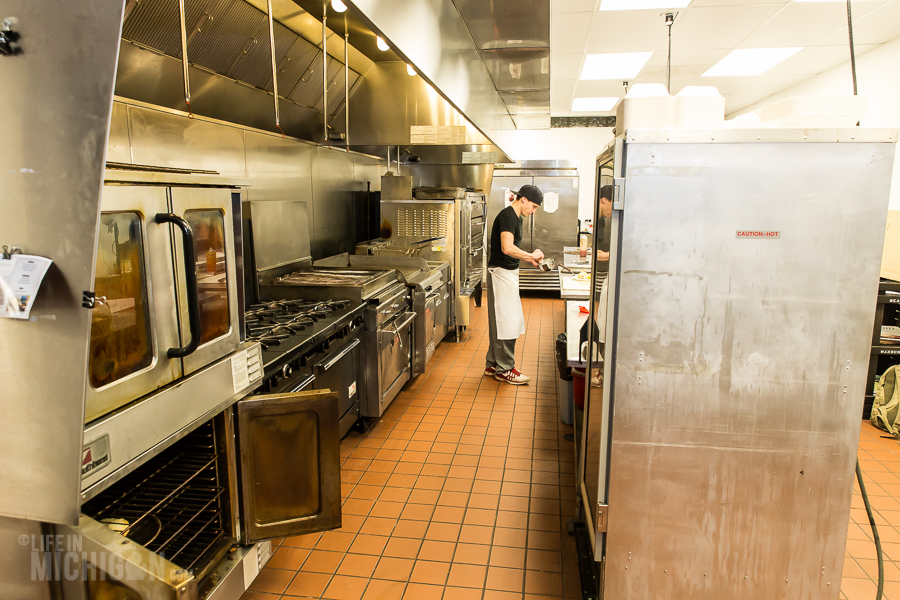 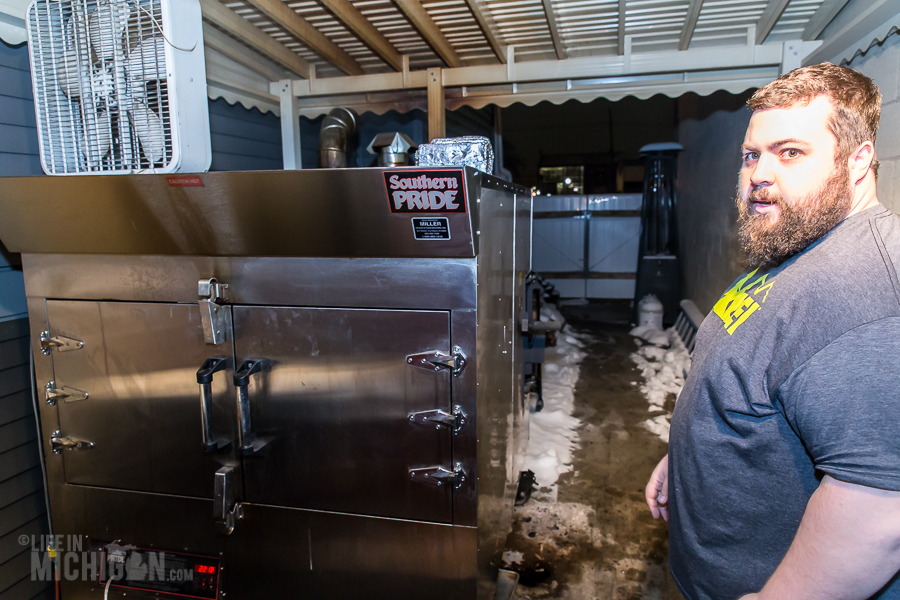 The Michigan beer list (30 beers on tap) is first rate and they strive to go beyond the usual flagship beers to give folks something special. That is a true sign of a pub that enjoys craft beer. 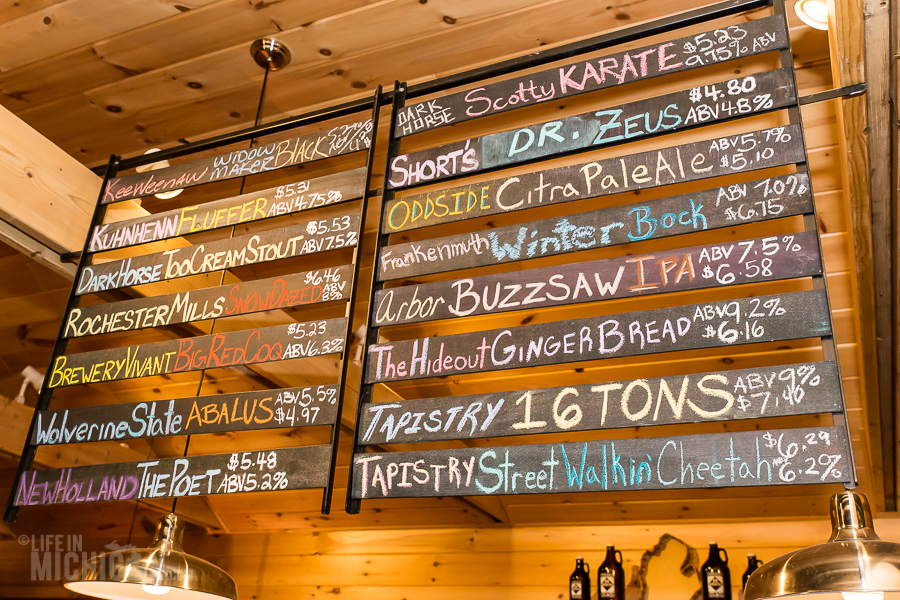 Part of what brought us out to visit M-Brew was a new pinball league that features Dark Horse beer. The league is open to anyone, regardless of your skill level. You just have to pay for your games. The league plays on Wednesdays and the season runs until Feb, 18th. Even though they have started play, you can still join in. 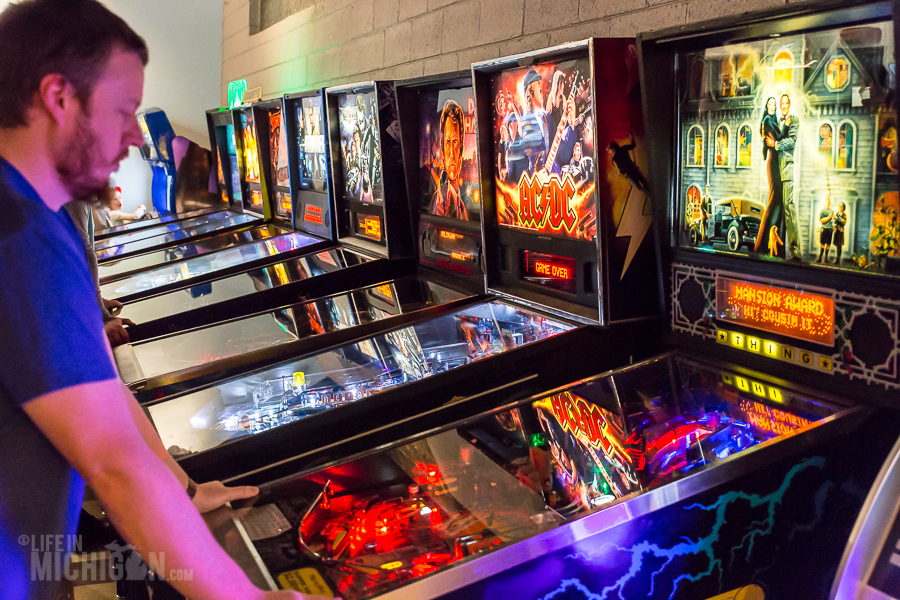 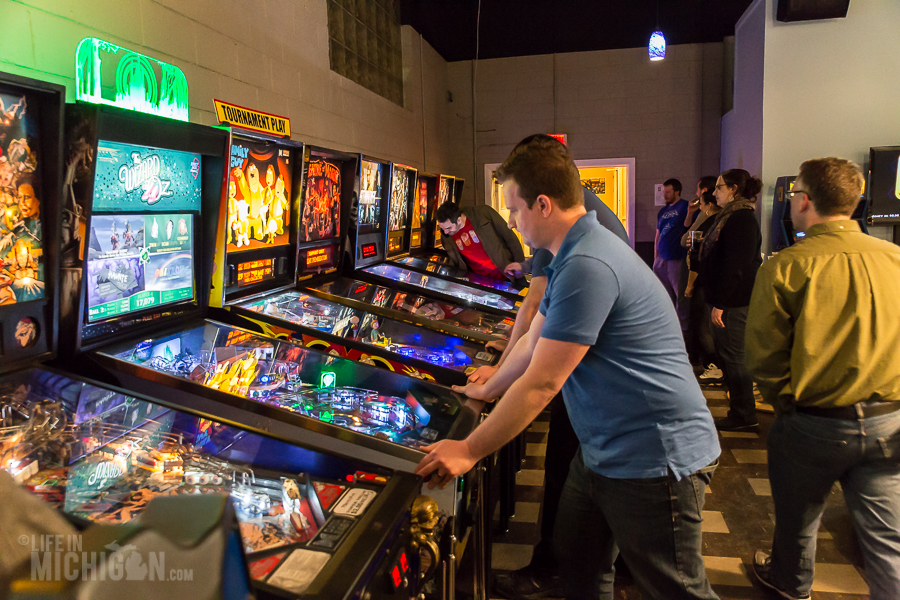 We met Patrick O’Rorke, who is the Dark Horse beer ambassador and the man responsible for hooking up M-Brew with some fine Dark Horse beverages to enjoy. Patrick also brought some swag to give away in raffles during the pinball tournament. This guy was one of the lucky winners. 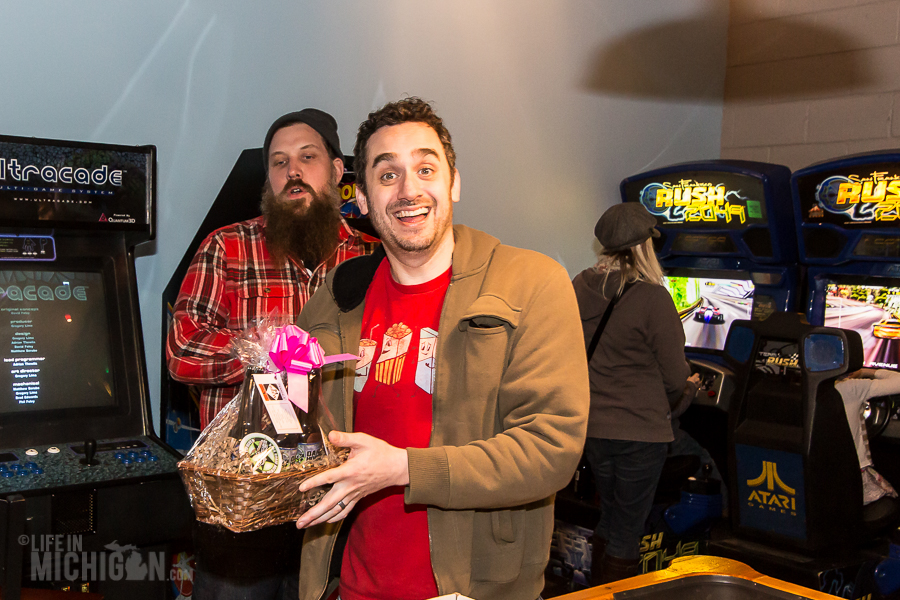 The pinball league is just one of many great reasons to drop into M-Brew for a beer and some grub. If you’ve been out to M-Brew, let us know by leaving a comment. As always, you can keep in touch with us by signing up for our email or you can find us on Facebook, Twitter and Tumblr. Cheers!