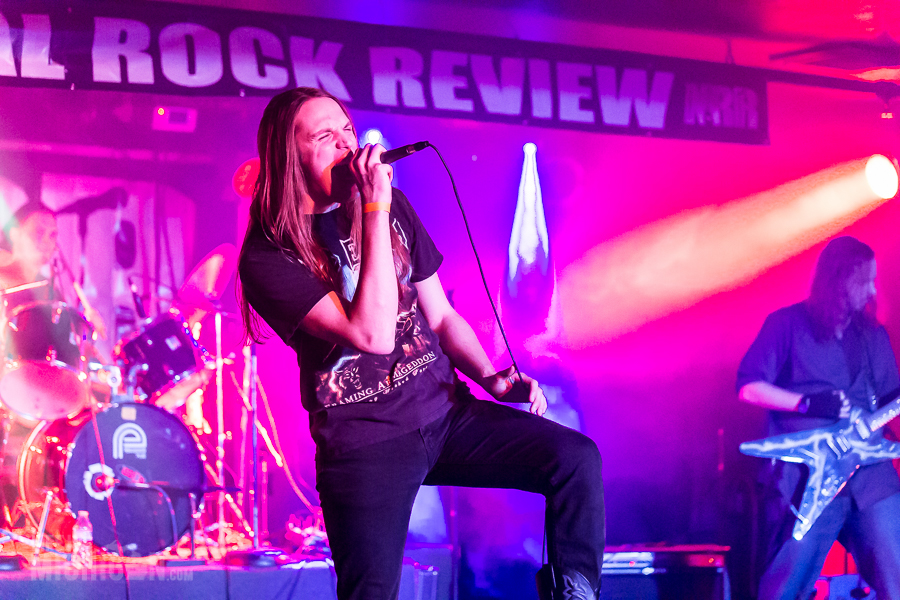 The crowd at the Token Lounge on March 13, 2015, were treated to a wide range of hard rock and metal in the first local Michigan music showcase presented by National Rock Review. In addition to great music, the showcase featured prize giveaways to lucky attendees. Items included National Rock Review merchandise, gift certificates from Lucky Monkey Tattoos, and a pair of tickets to an upcoming show at the Token Lounge. 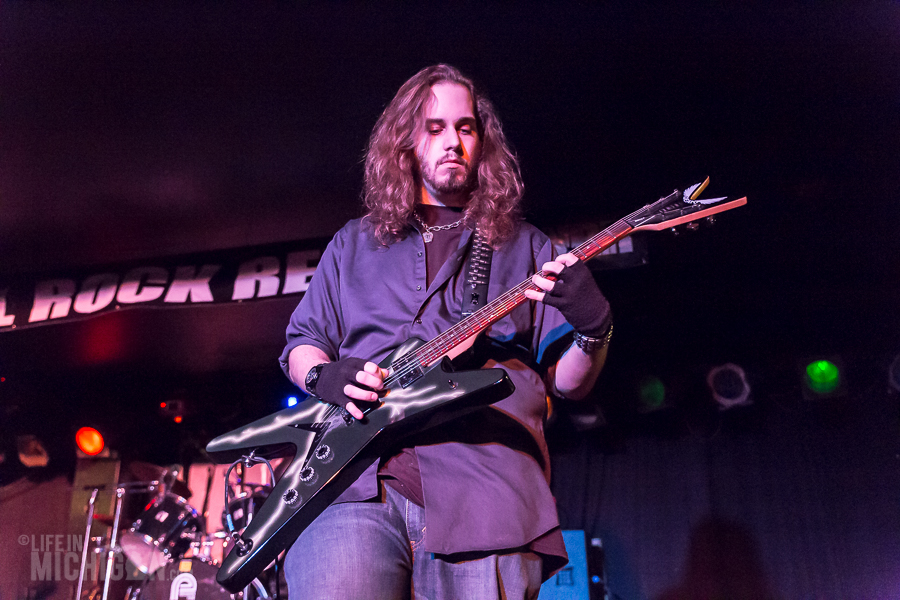 Sons of Sabotage opened the Michigan music showcase and lived up to their name by laying down a subversive set of hard rock with a metallic taste. This was the band’s first gig, yet they managed to hold their own on a bill with many seasoned veterans. There was a raw edge that suggested the sounds of early Metallica, particularly in the vocals of Chris Mosier. The band played a mixture of original songs and covers of Motorhead and Judas Priest. In the originals, you could hear the influences of Sabbath and Black Label Society. Matt Yoder jammed on nice looking Dimebag Dean guitar and played some tasty blues based solos. Stop by the gallery for more pictures of Sons of Sabotage. 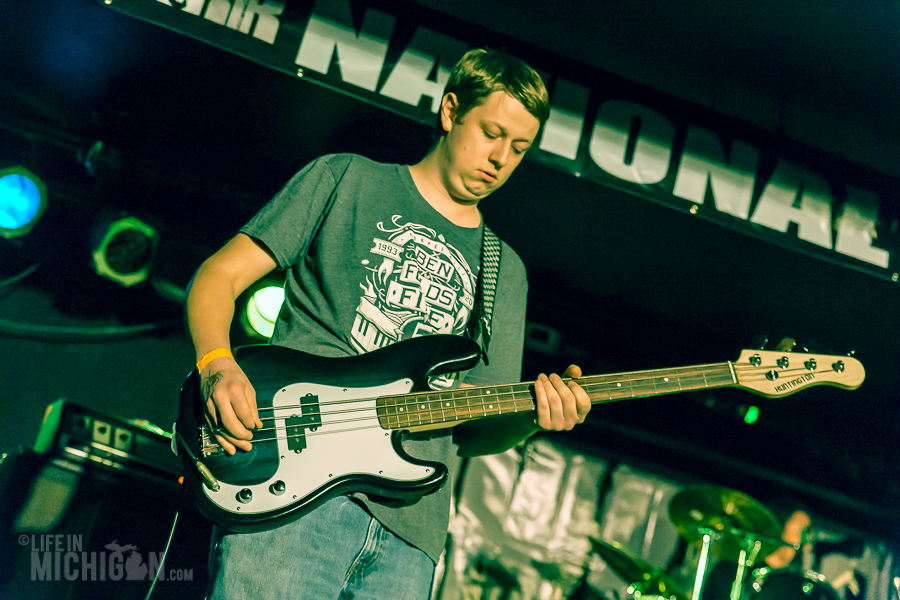 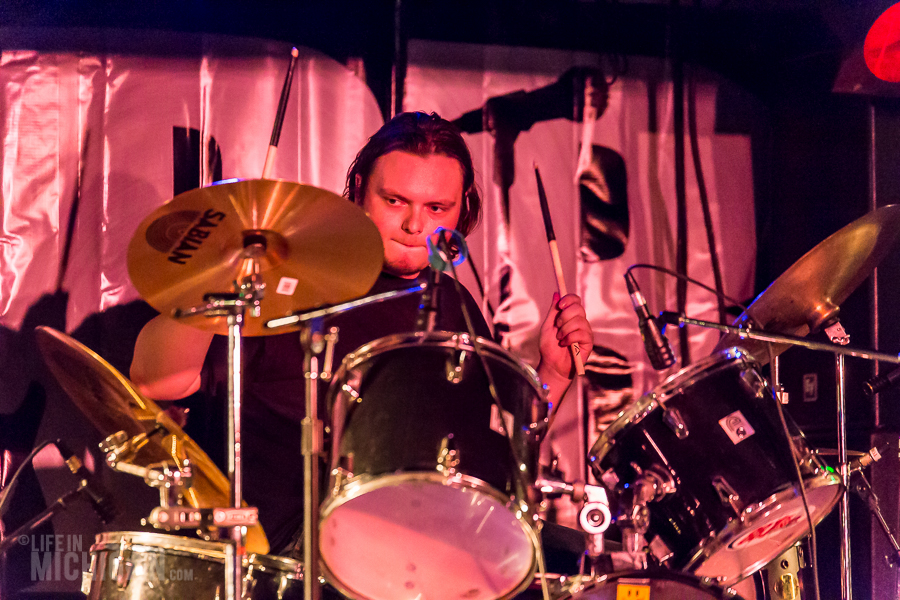 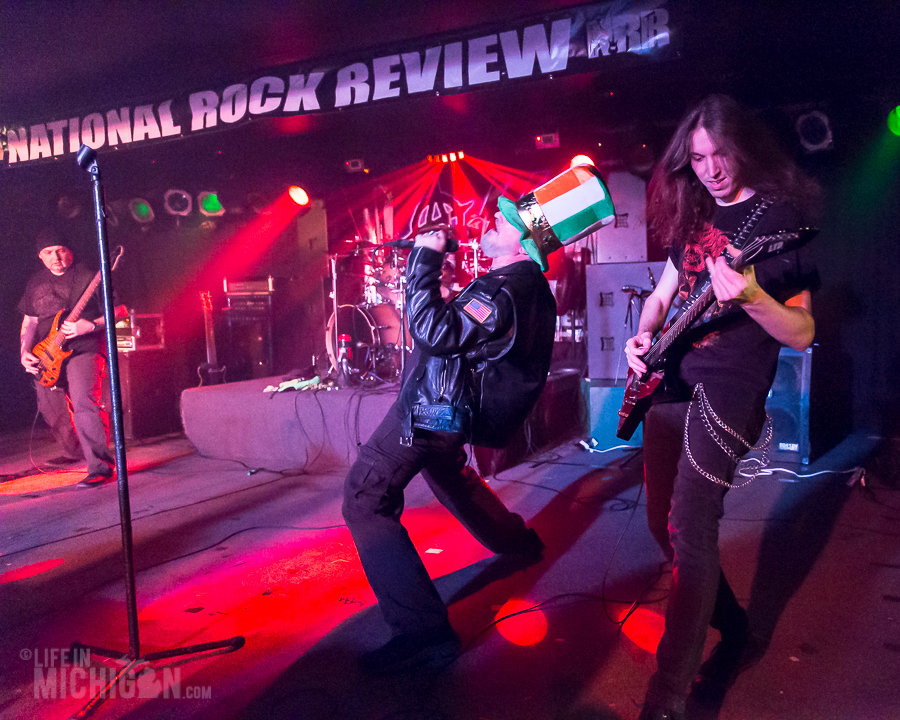 A.S.S. were on a mission to give their fans two big fists full of metal. Vocalist Brian Thomas of the legendary Halloween, came out with a crazy St. Patrick’s Day top hat and proceeded to cut heads with searing vocals that were locked into the neck snapping pace of their music. They mixed in some great original material from their debut release including “I Am A Warrior” and “Falling Angel”. Each song featured the marvelous guitar work of Brandon and TJ Richardson with deep and punchy bass provided by Chris Taylor. Drummer Foot kept the band flying at a furious pace as he came close to destroying the kick drum. Evidently he comes by the nickname Foot for a reason. A.S.S. included a couple of impeccable covers of “Disconnected” by In Flames and “Inside Four Walls” by Nevermore. Check out more A.S.S. in the gallery. 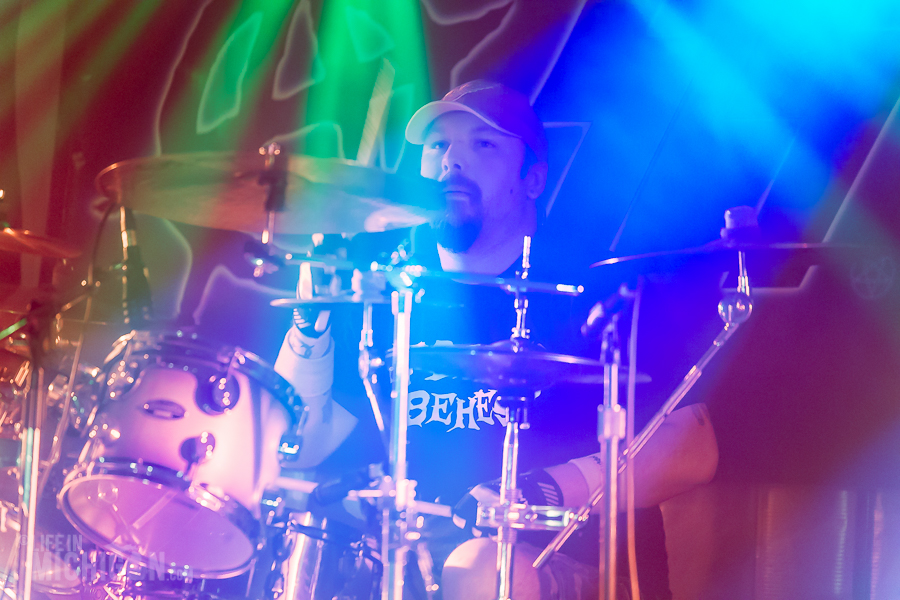 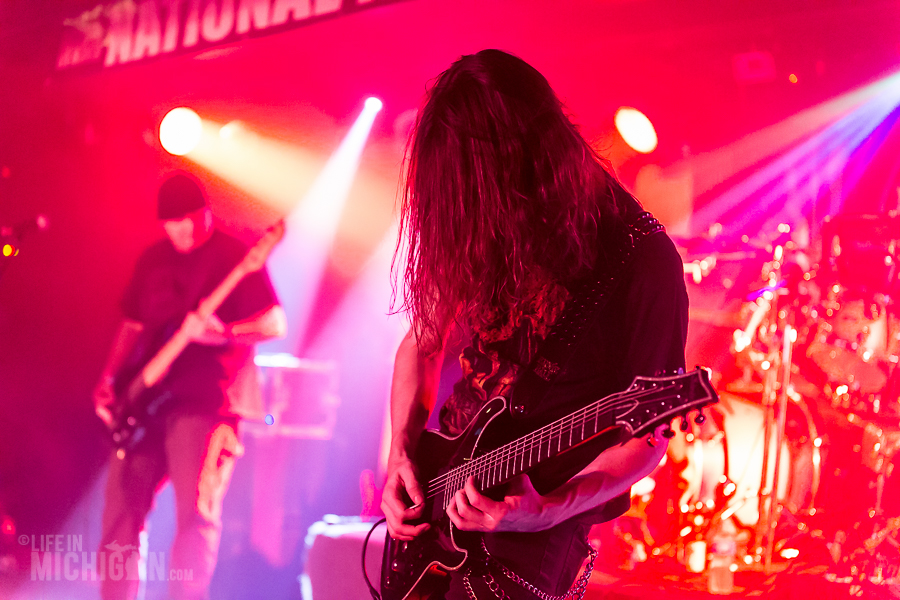 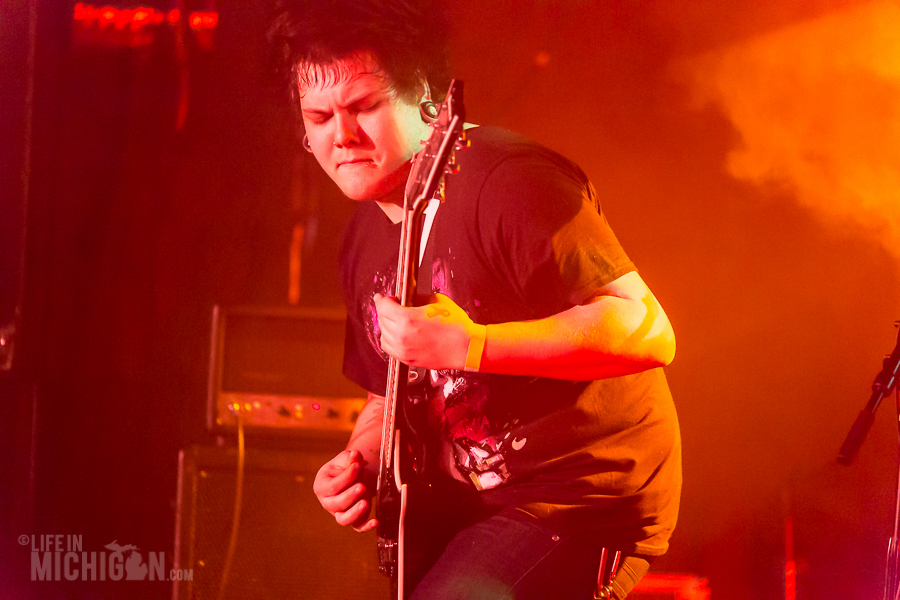 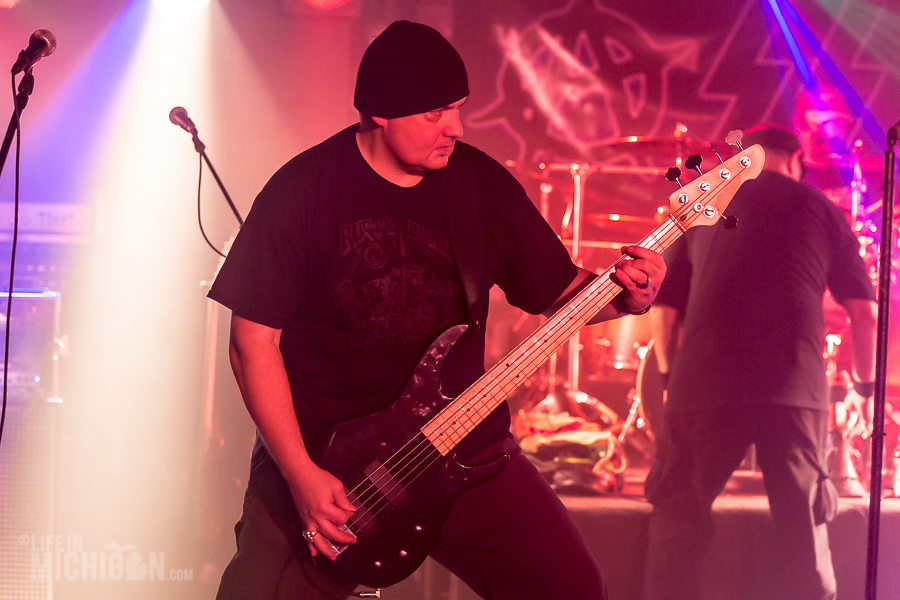 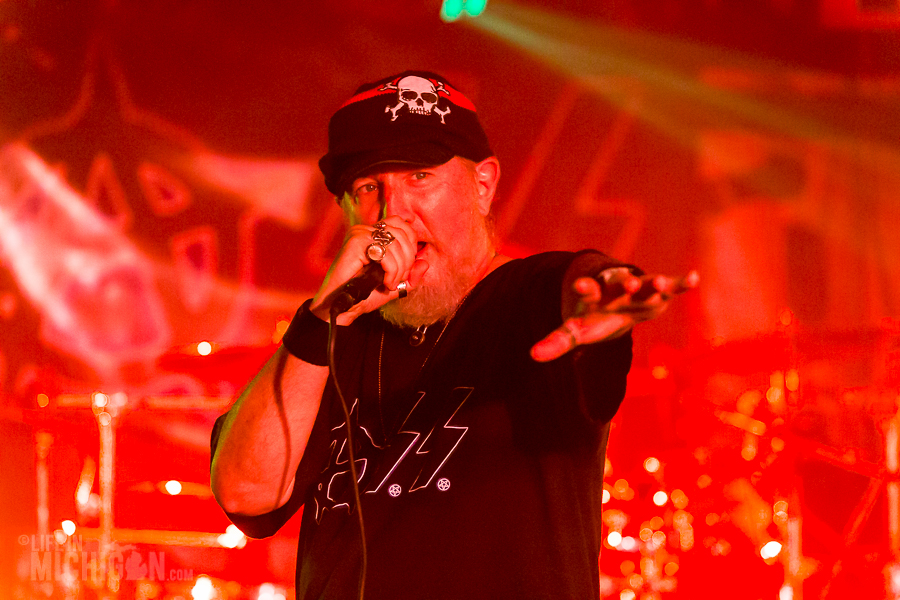 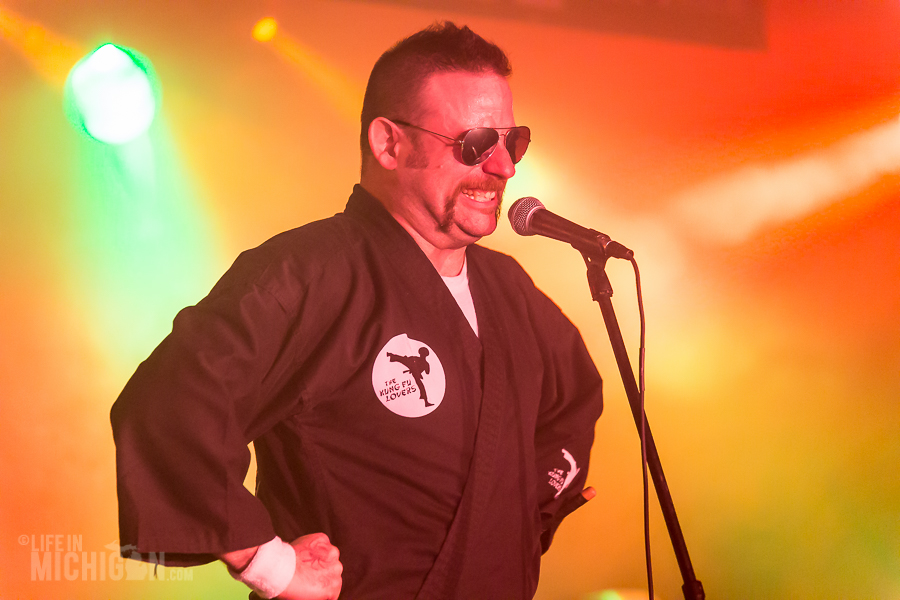 Imagine an egg roll full of punk rock glazed with fun lyrical themes and you have the music of the Kung Fu Lovers. You could hear a mixture of The Meatmen, Bad Religion, and NOFX in their sound. There was no shortage of energy from these guys as they burned through their set. The performance included originals such as “Same Day, Every Day” and the hilarious “Naked Girls and Chinese Food”. They also rolled up a fatty full of fun with covers of “Just One Fix” by Ministry and “When Doves Cry” by Prince. The good time feel was infectious and there were plenty of smiles and cheers from the audience. There are more photos of the Kung Fu Lovers in the gallery. 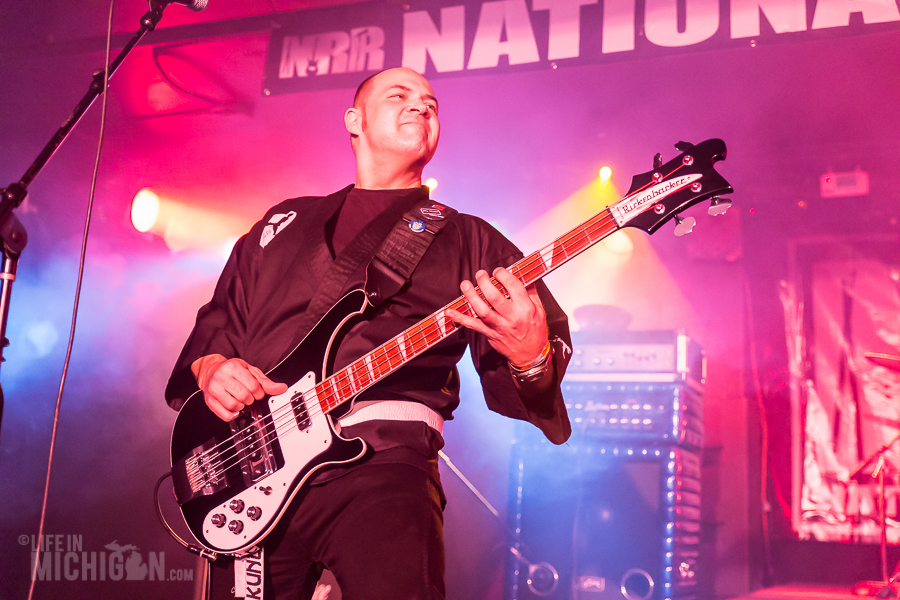 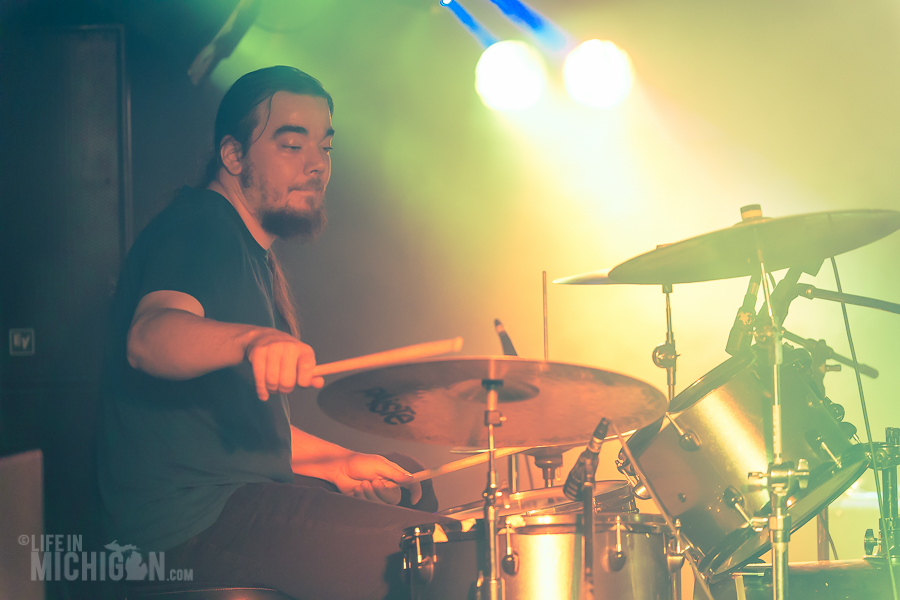 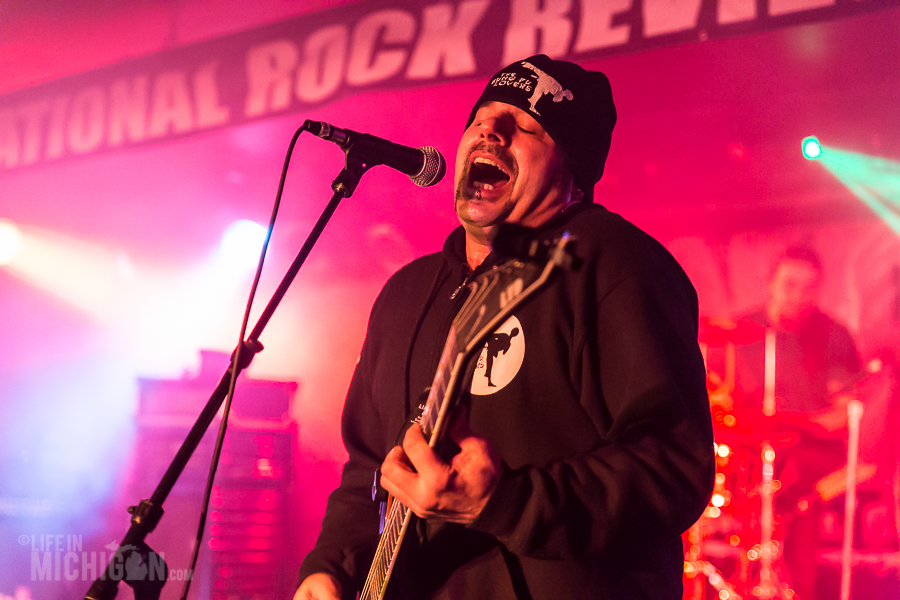 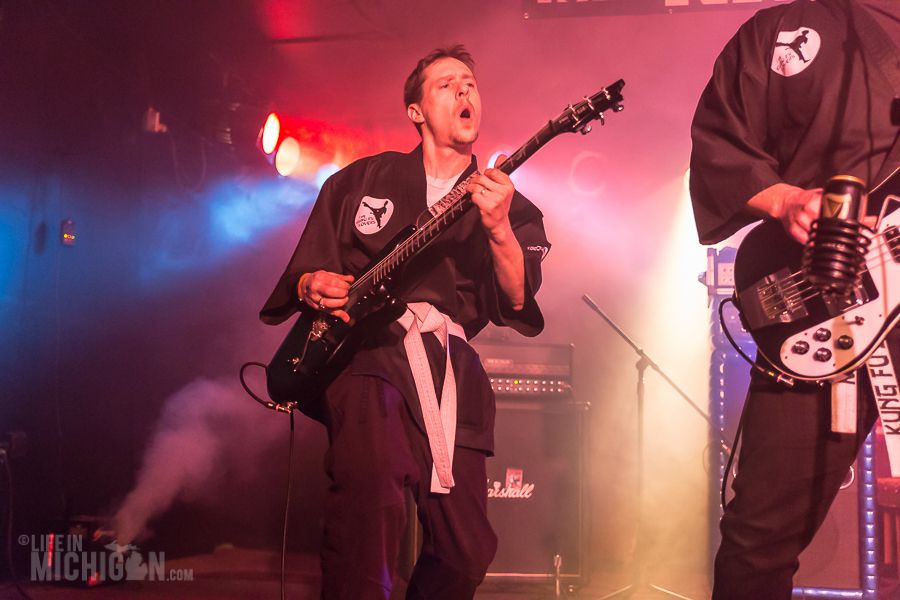 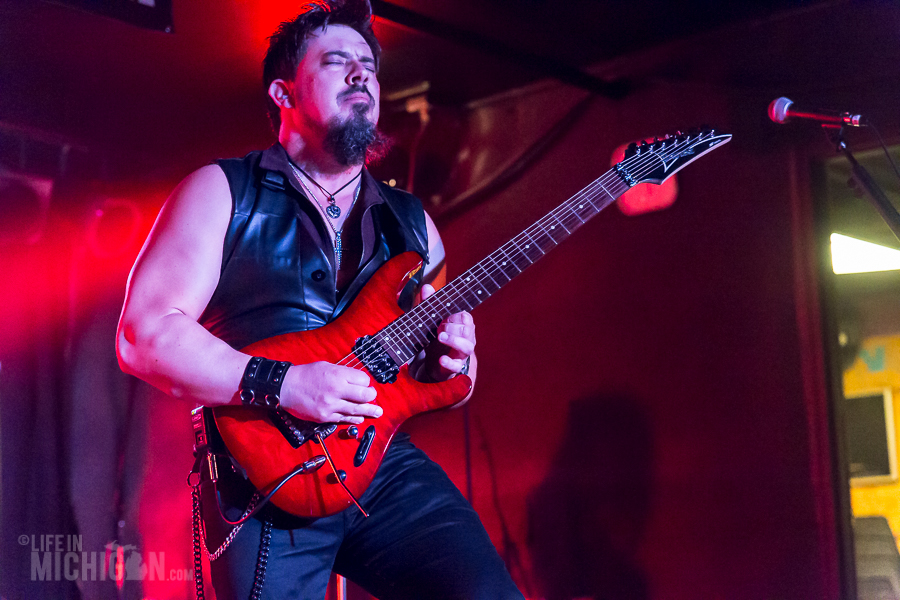 The Michigan Music showcase closed out with the mighty Reign. This progressive metal band brings to mind the music of Dream Theater, Symphony X, and Fates Warning. Applying soaring vocal harmonies upon a backdrop of virtuoso guitar and a riveting rhythm section, Reign fabricated a tapestry of music. The flowing arrangements ran deep with emotion and physical intensity. Their set featured all original compositions. Many of these songs will be on their forthcoming self-titled release, which is due for release in the spring. There was great chemistry within the band that was engaging and added to the overall depth of the performance. Be sure to stop by the gallery for more photos of Reign. 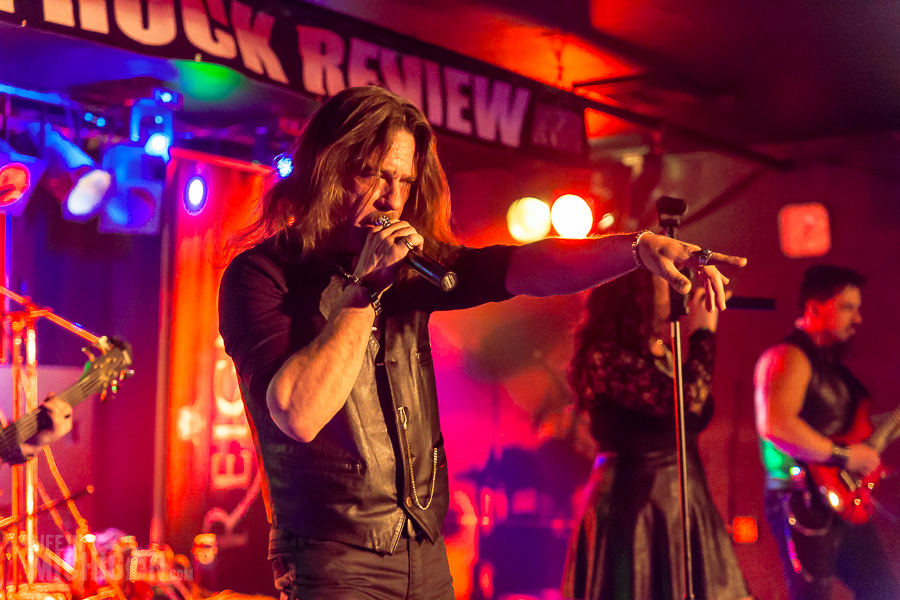 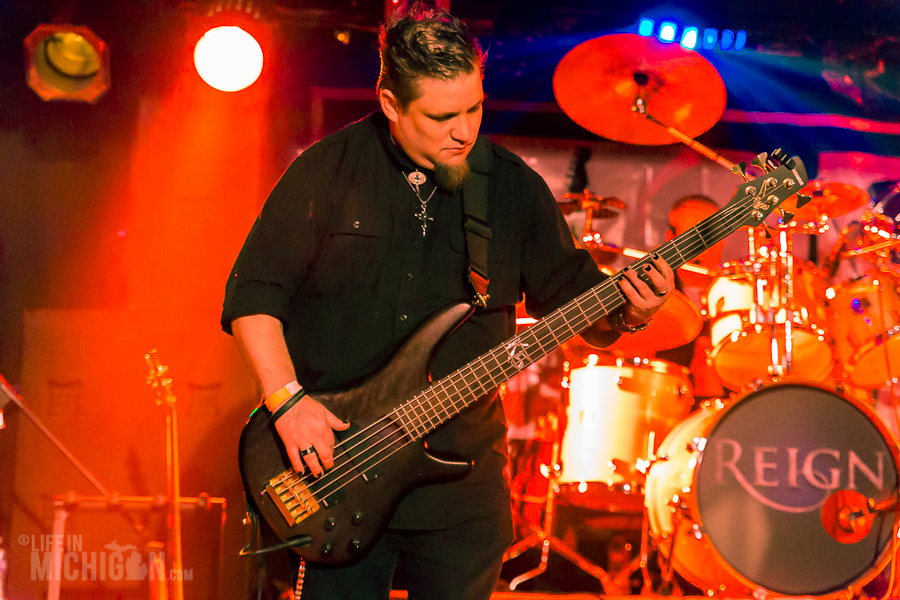 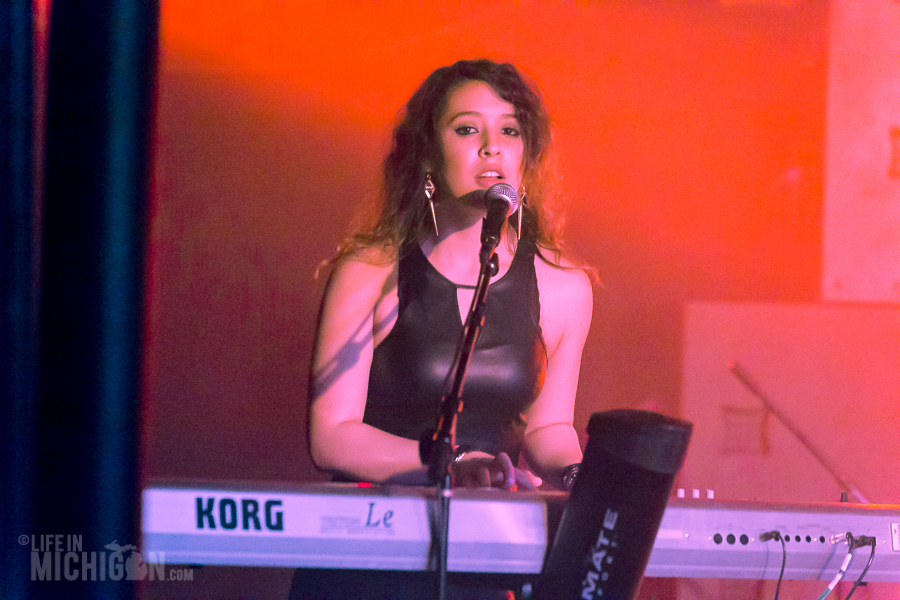 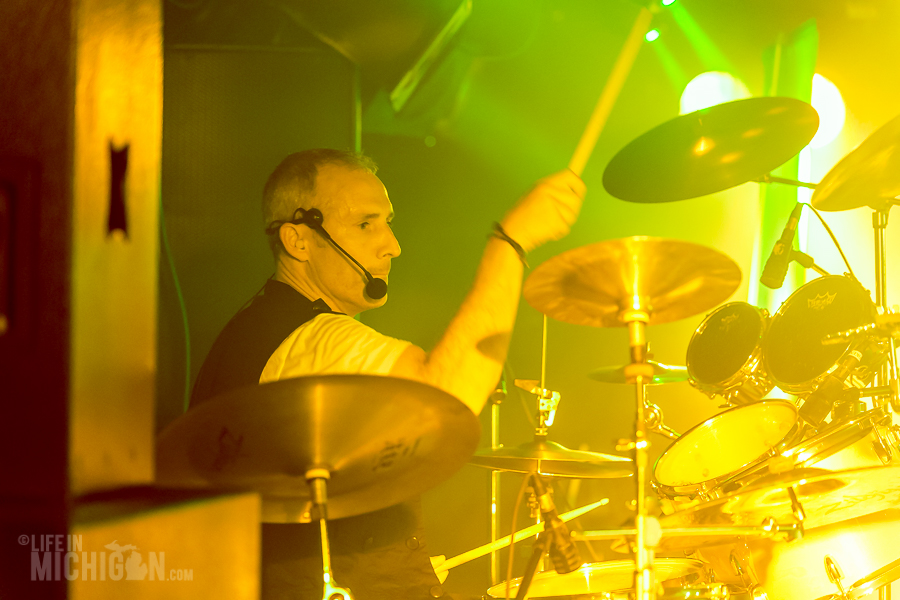 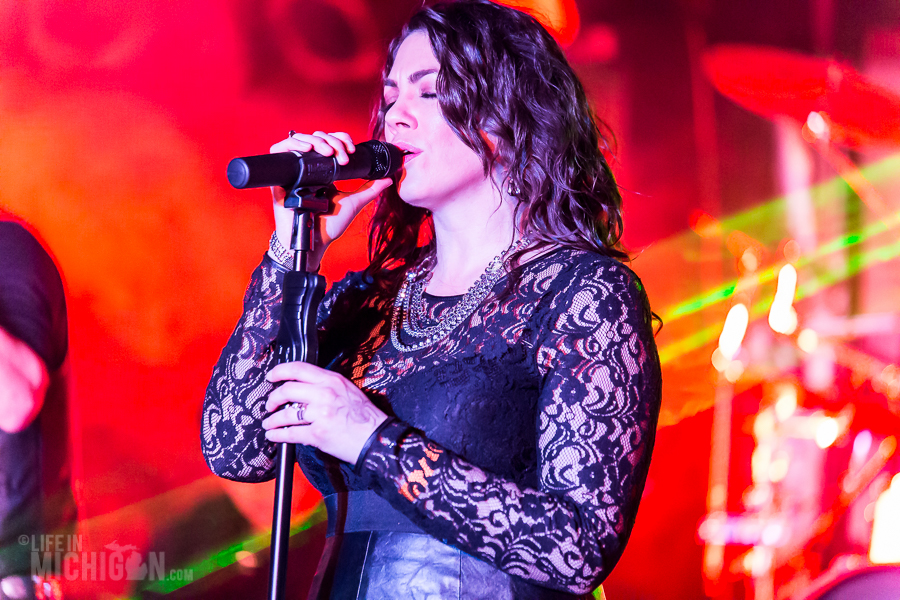 This was a fine showcase of some exceptional local talent. It goes to show that you never really need to go far to find music that will resonate with your soul and put a smile on your face.

If you attend the Michigan Music showcase or just have a favorite Michigan musician, let us know about it. Leave us a comment and share your story.