The Michigan Summer Beer Festival is my favorite Summer holiday. 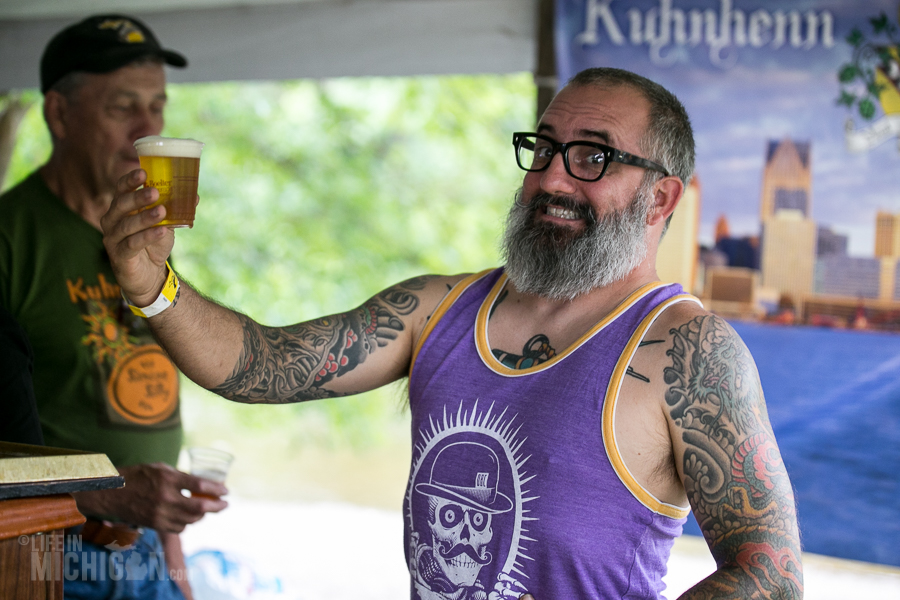 Each of the Michigan Brewers Guild Festivals has its own vibe.

The UP Beer Festival feels like a Northern Michigan vacation — laid back and relaxed. The crowd is always fired up for the Winter Beer Festival. Or maybe Chuck is fired up and ready to party. There is an intense feel to it. It could be the high octane beers and extreme conditions. What ever the reasons, I always have a hangover the next day. There is the harvest vibe at the Detroit Fall Festival. I suspect it is the influence of the Eastern Market and the many creative Halloween costumes that generates the Fall Festival’s fun.

What is the Michigan Summer Beer Festival’s vibe?

It isn’t possible to describe the vibe in a few sentences. It is the grand-daddy of the Michigan Beer Festivals with a large, diverse crowd. Many of the Michigan brewers are represented. You can purchase festival food such as corn on the cob or turkey legs. You can play beer games or get a beer shot from an ice luge. There are hats, and kilts, and beer experts, and beautiful women, and beards, t-shirt cannons, flags, Hop Man and Beer Bouy, more beards, and old friends, and new friends, and our favorite brewers and new brewers, and tie dye t-shirts and buses and Victor.  Plus there are 800 different Michigan Craft Beers to taste. No wonder it is my favorite summer holiday!

Chances are if you see Victor, you are waiting in line at a Michigan Brewers Guild Beer Festival. His countdown is probably more famous than Dick Clark’s. 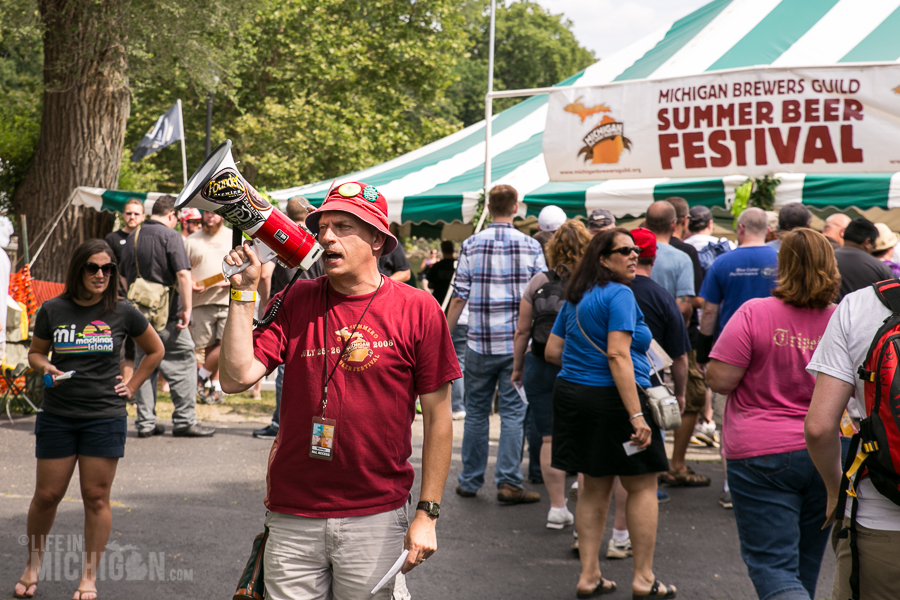 Don’t you just love how many great breweries we have in Michigan!  They just keep popping up all over the place.  Not sure if these are new to you, but they were to us.

Just look at this fine fellow from BierCamp.  Tell me they don’t have good beer!  Chuck liked the Smoked Porter. 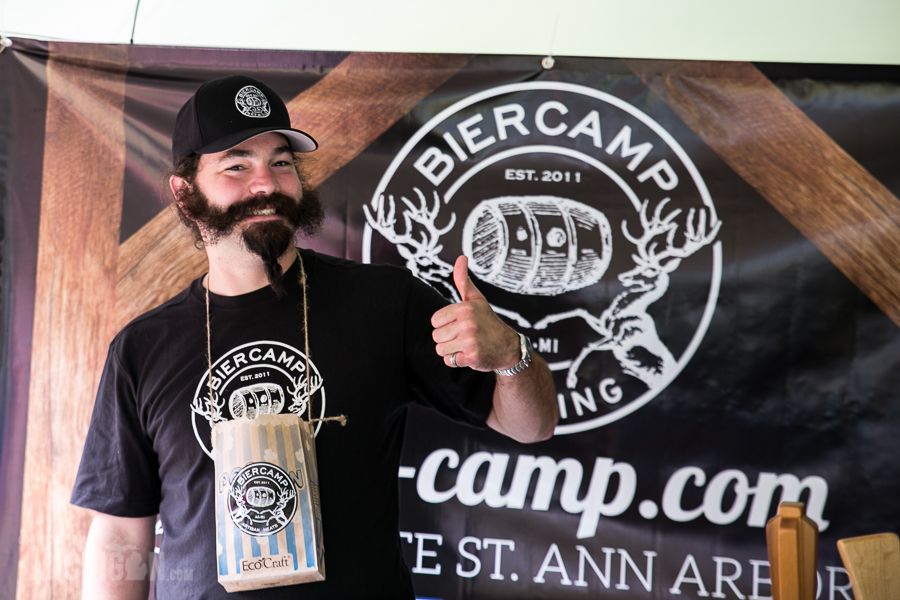 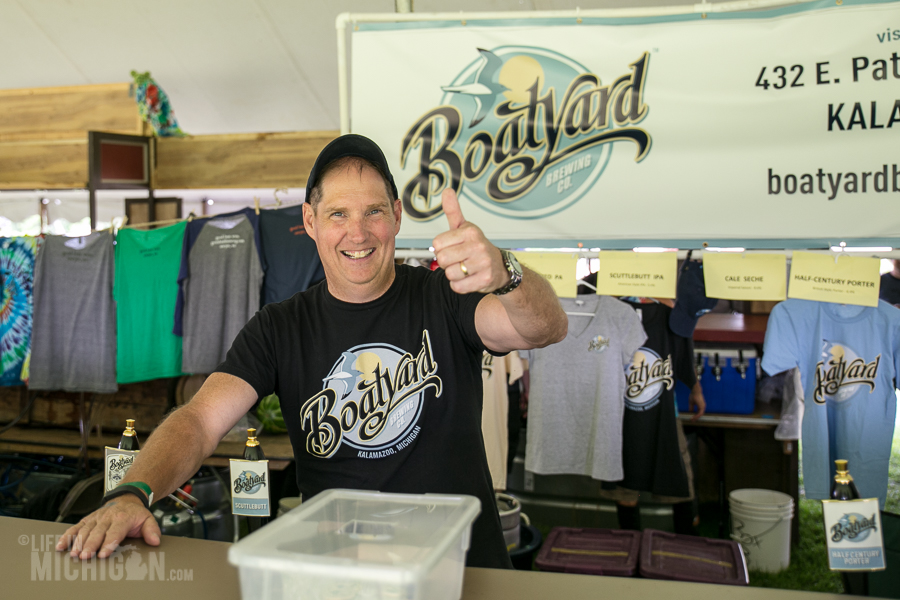 Besides having a fun logo, Leelanau Brewing were putting part of their proceeds to toward raising awareness about the tar sands oil pipeline with their Line 5 stout.  Chucked like it, even though it was kind of sour. 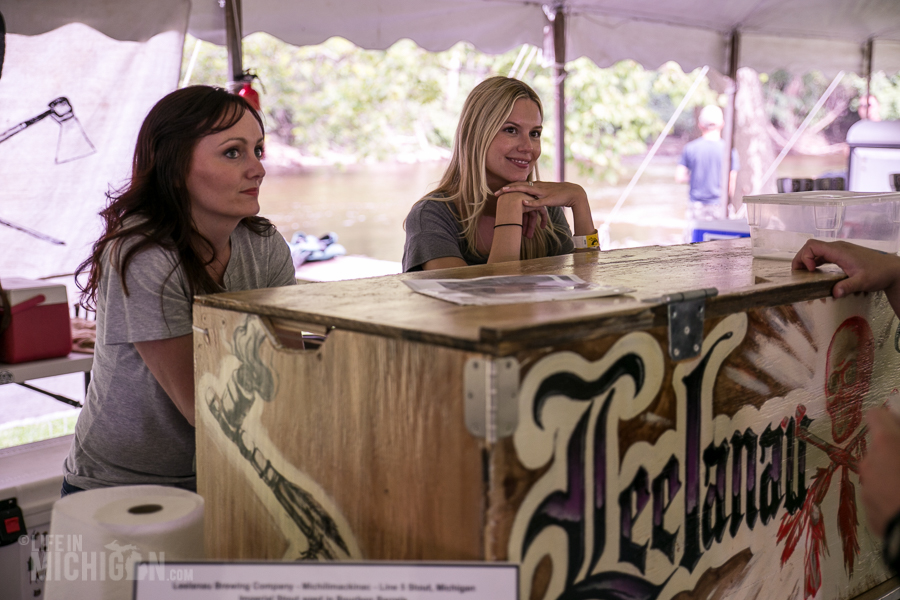 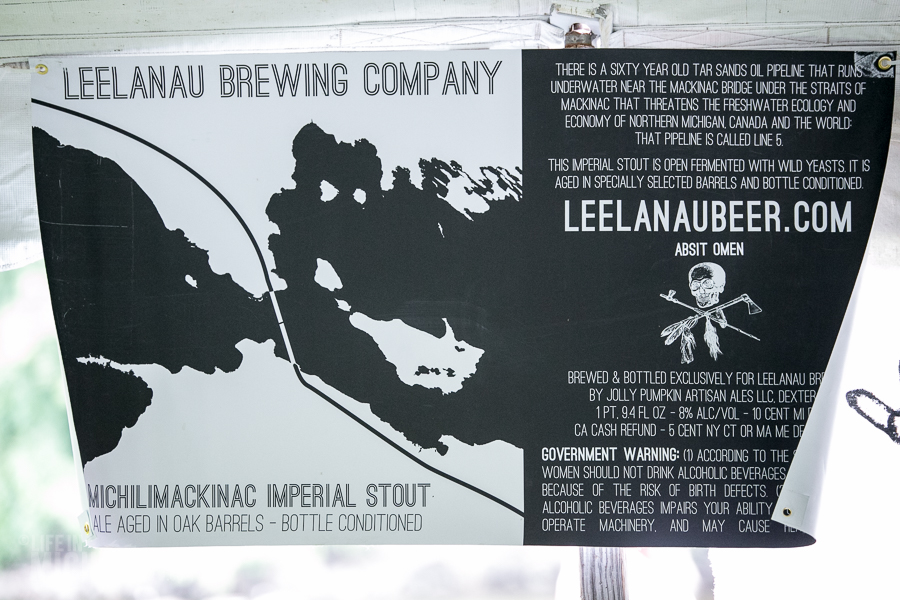 The nice people at Old Mill Brewpub were friendly and had some tasty beer.  The Big Balls Bourbon ale was nice. 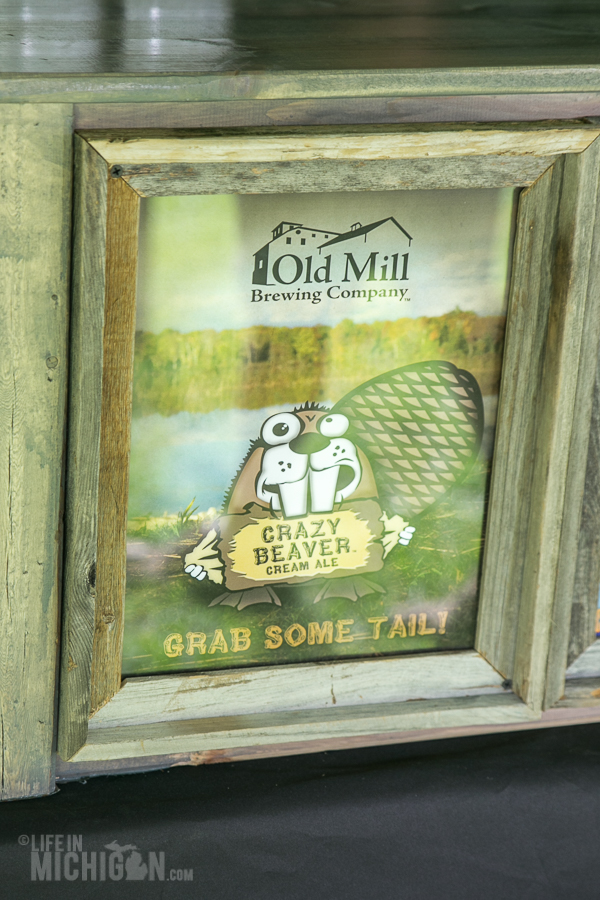 Even more friendly folks over at ThumbCoast Brewing.  Chuck said their IPA was good and something you could drink just about all day long. 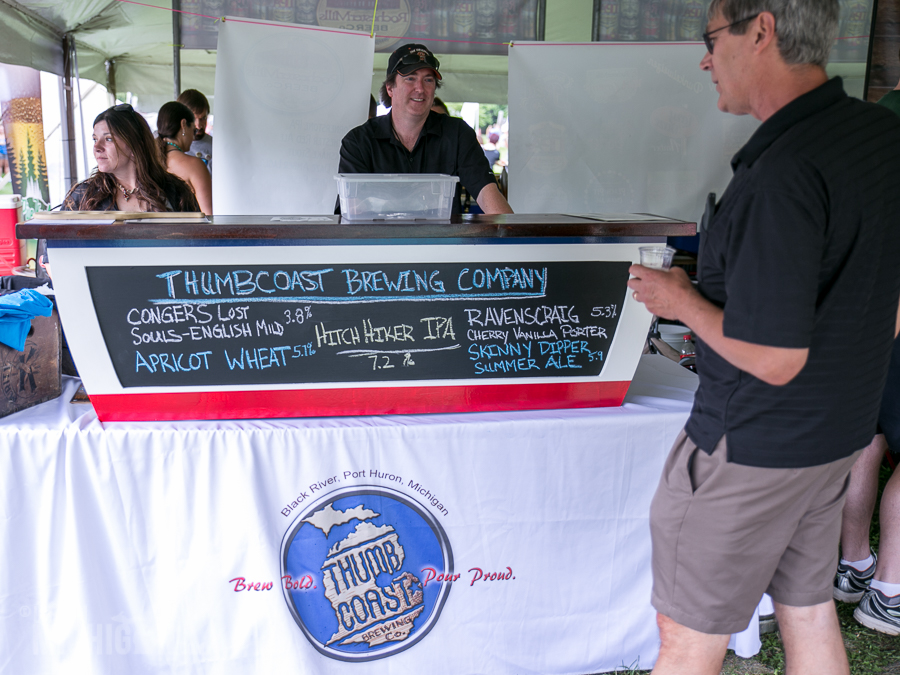 I’m not sure if its a Michigan thing or a beer thing or a Michigan Beer thing, but there were some cool beards adding to the vibe at the fest. 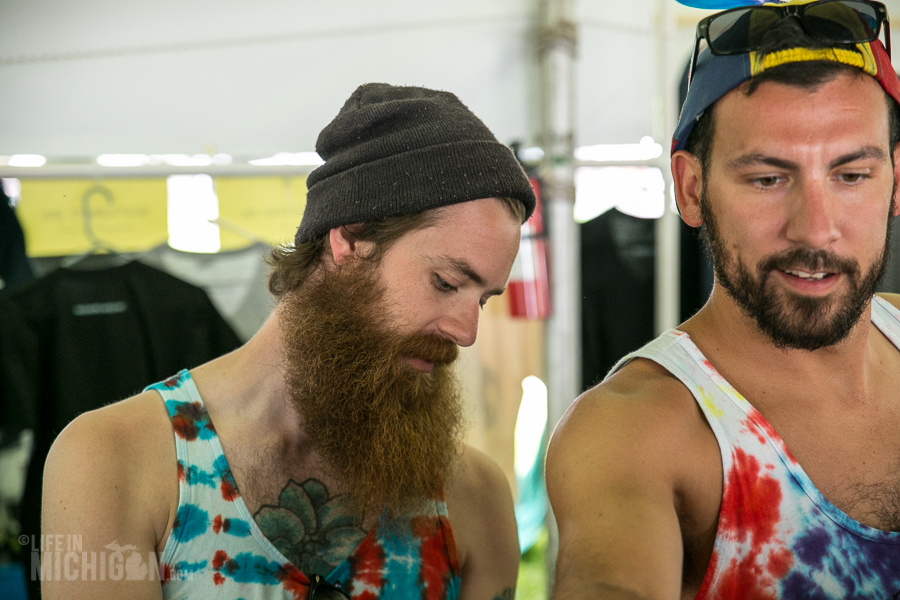 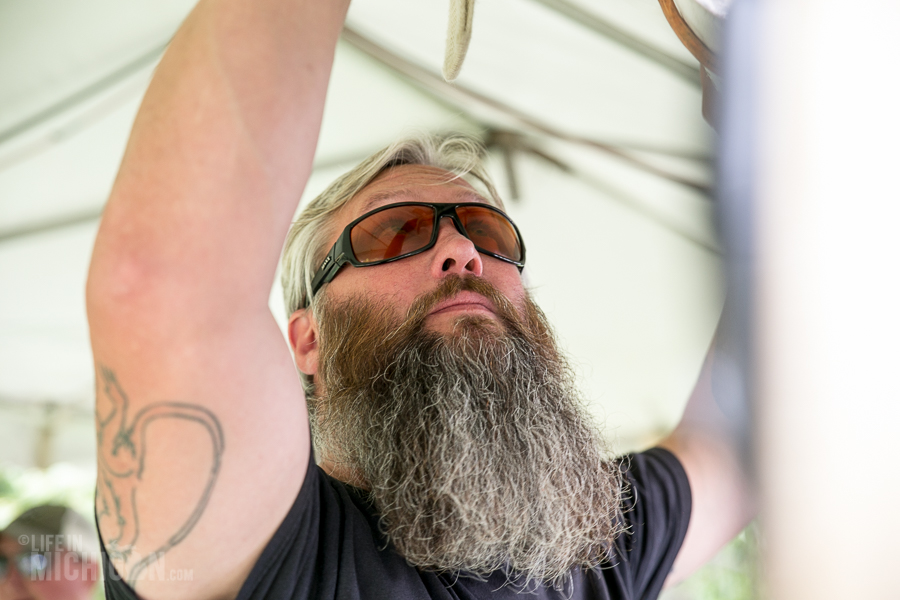 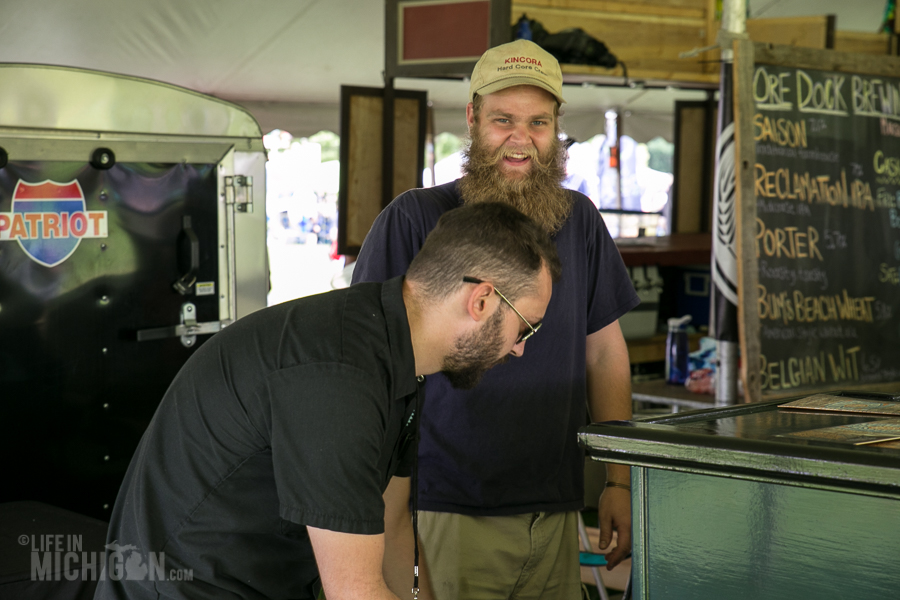 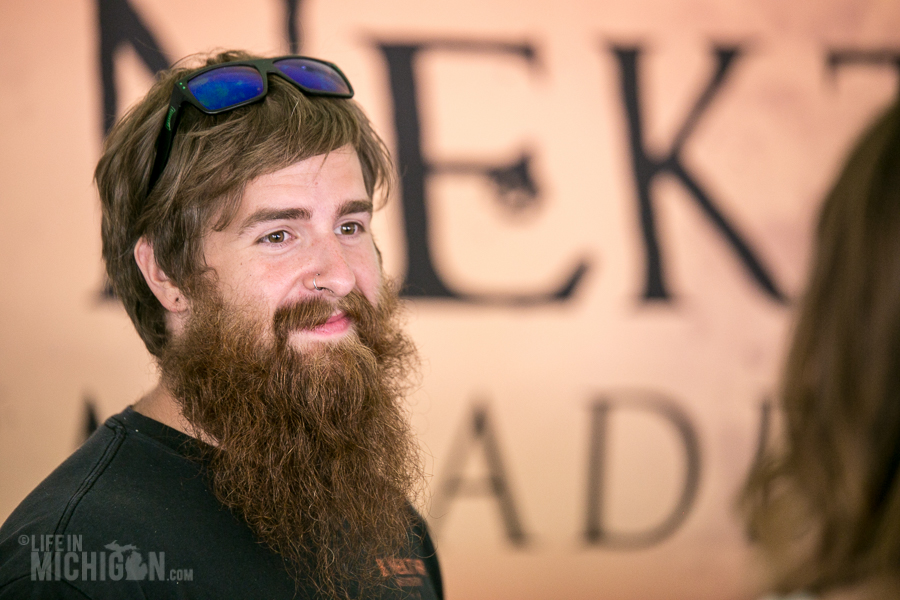 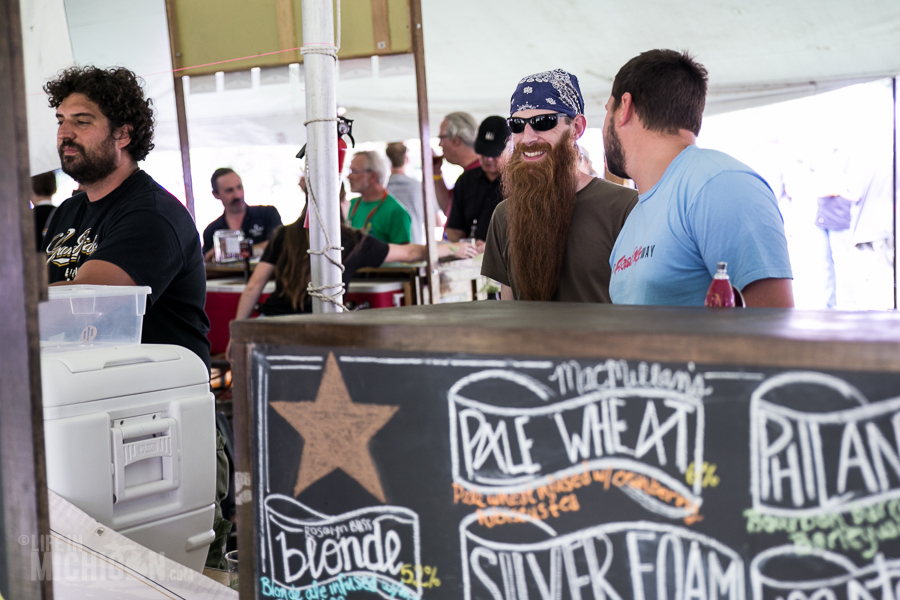 Not only do the Michigan Brewers Guild festivals pull in guys with beards, they draw in some beautiful women. 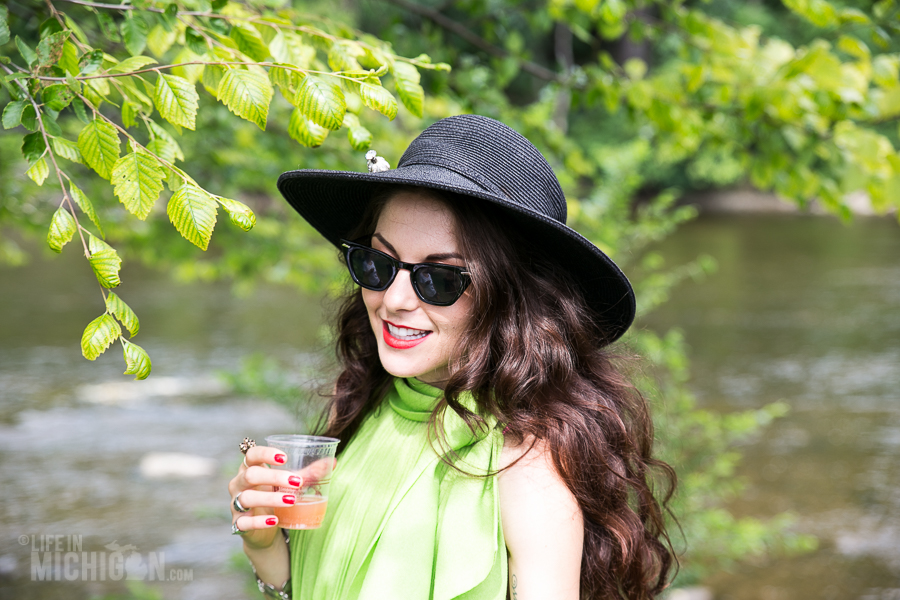 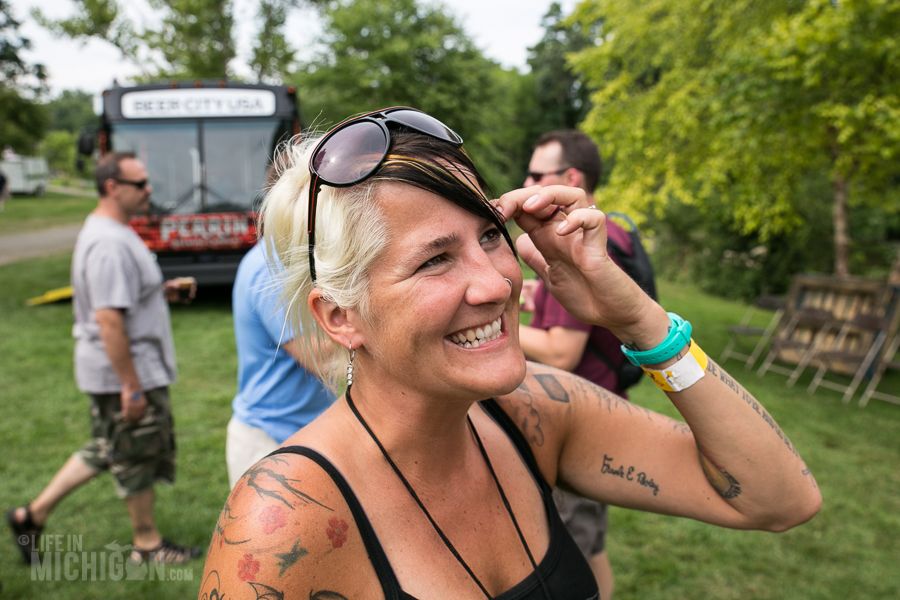 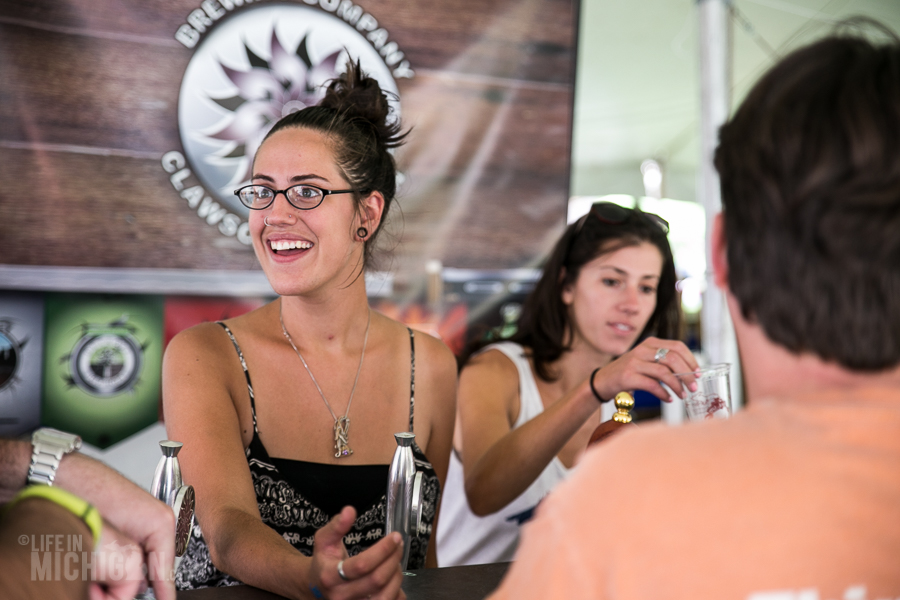 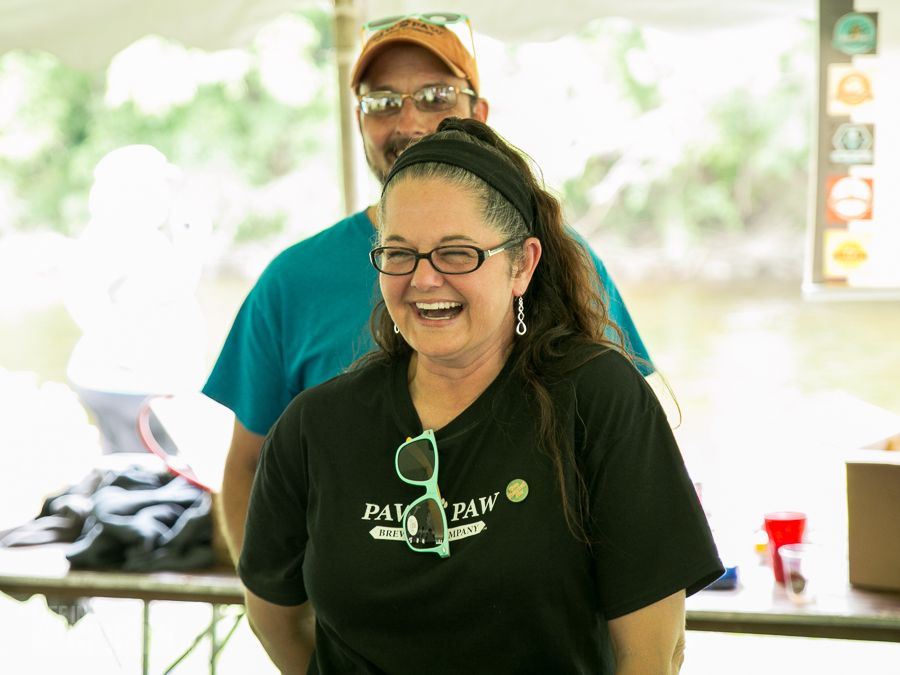 Have we mentioned we love Michigan and all the beer made here?  Ok, there its out there.   We were sure to stop and visit with our old friends who make some terrific beers. 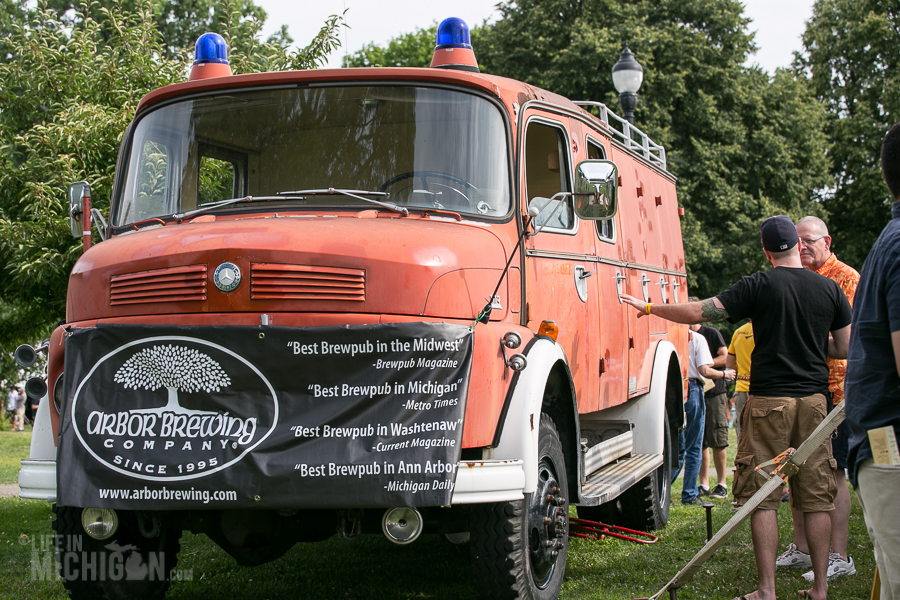 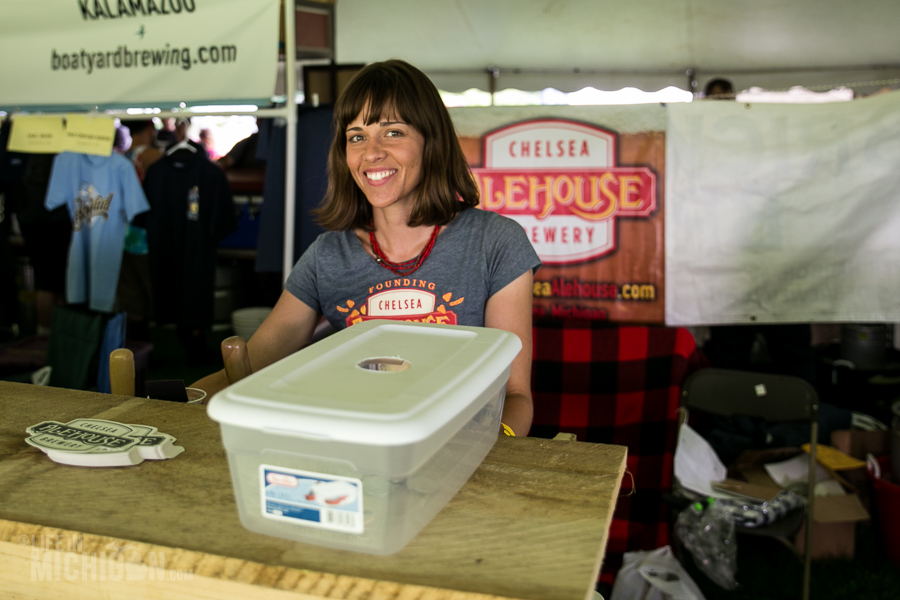 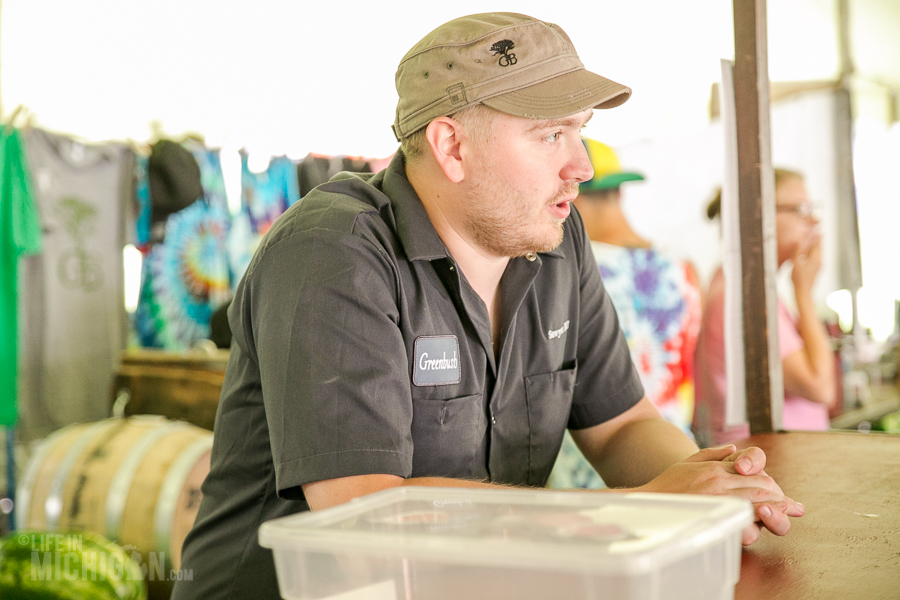 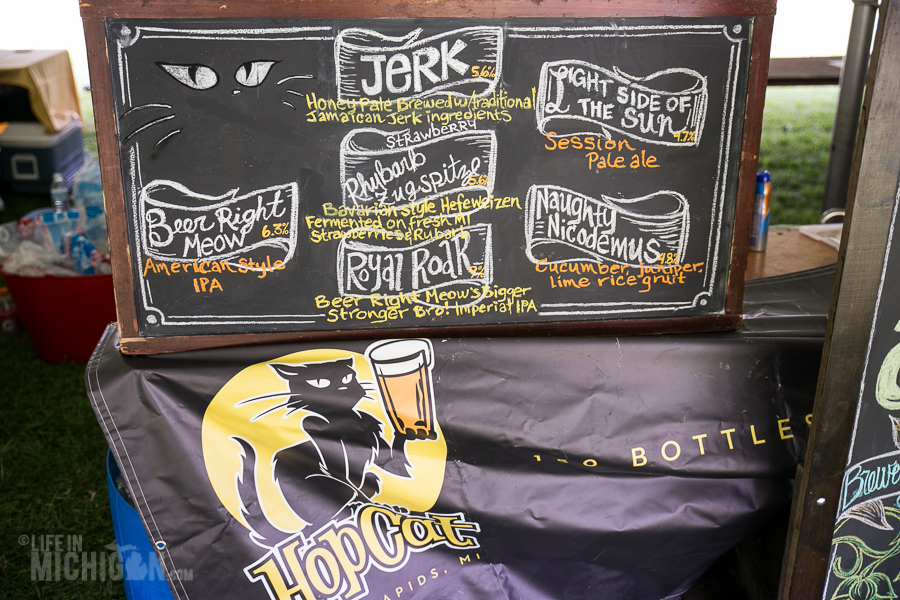 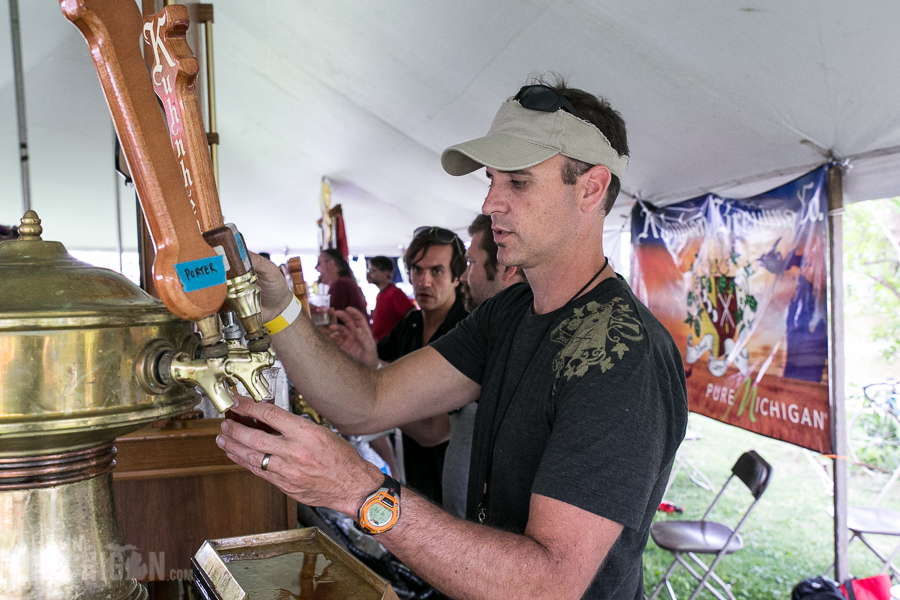 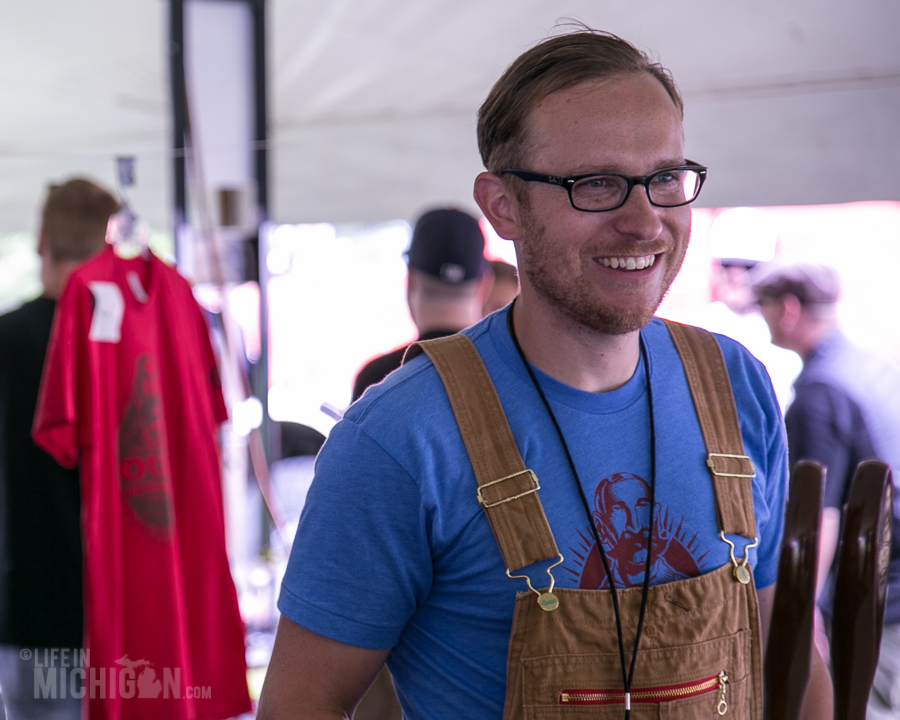 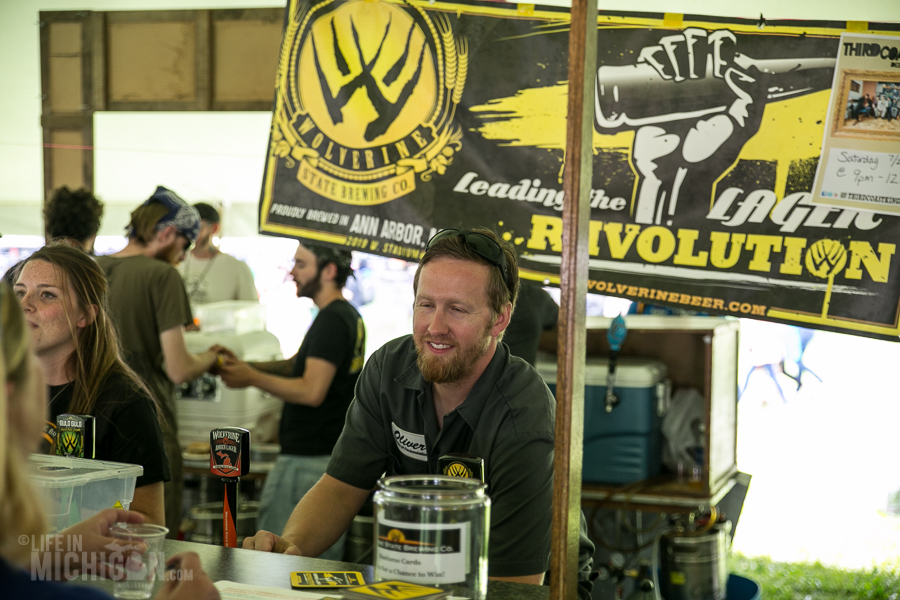 Our friends from Dark Horse Brewery are one of our favorite breweries and now they are History Channel stars. They have a new series called Dark Horse Nation that is starting up shortly on the History channel. We are so excited and happy for them. 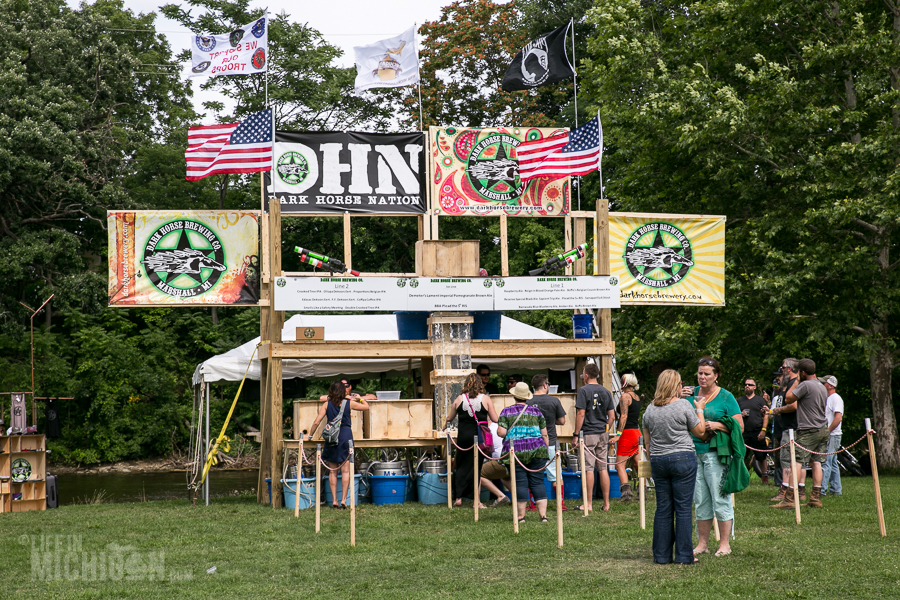 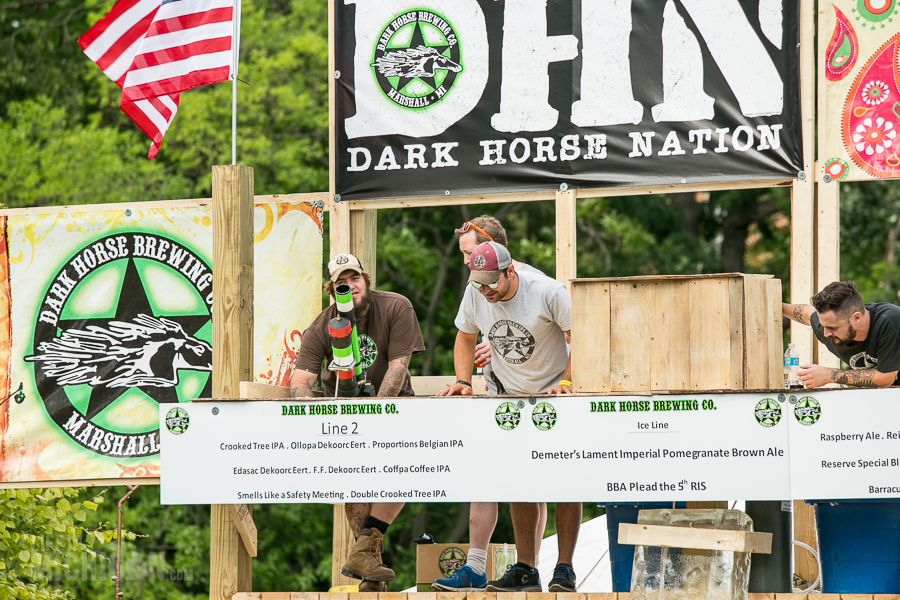 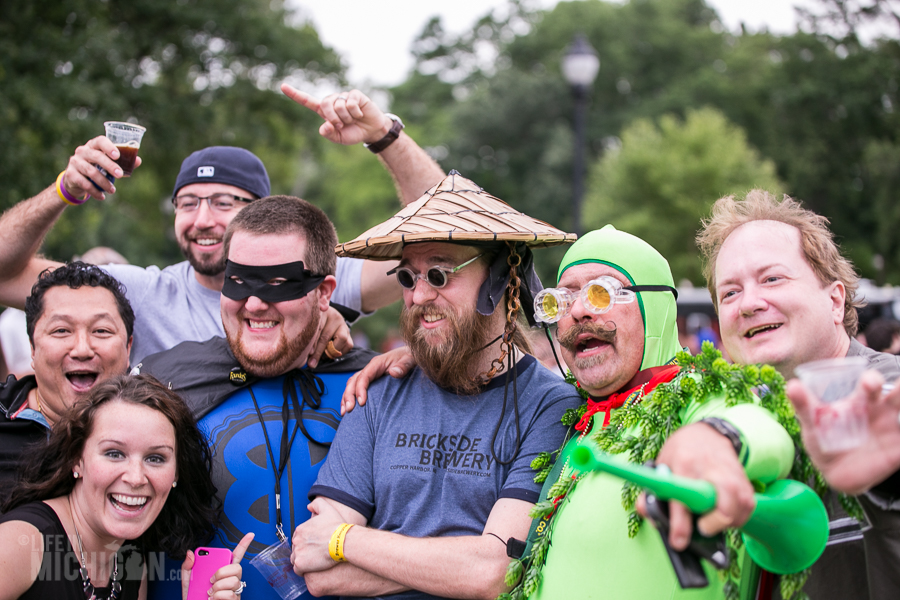 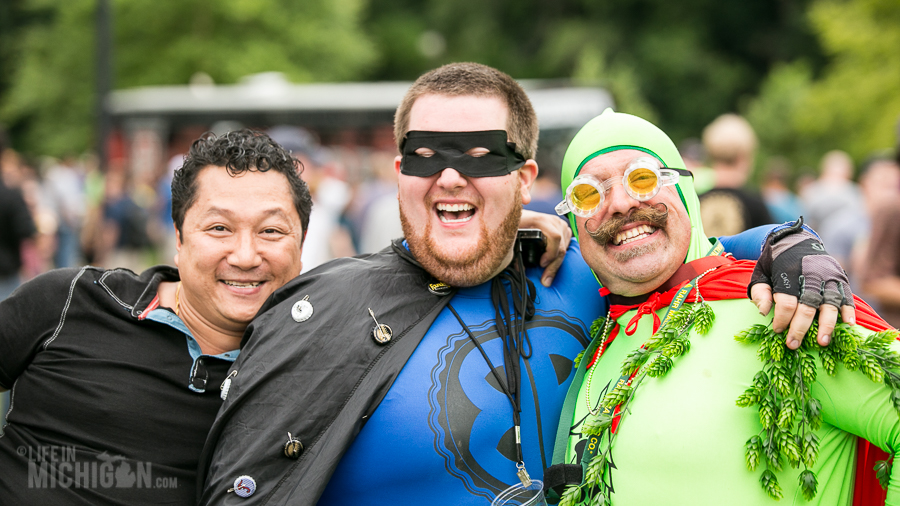 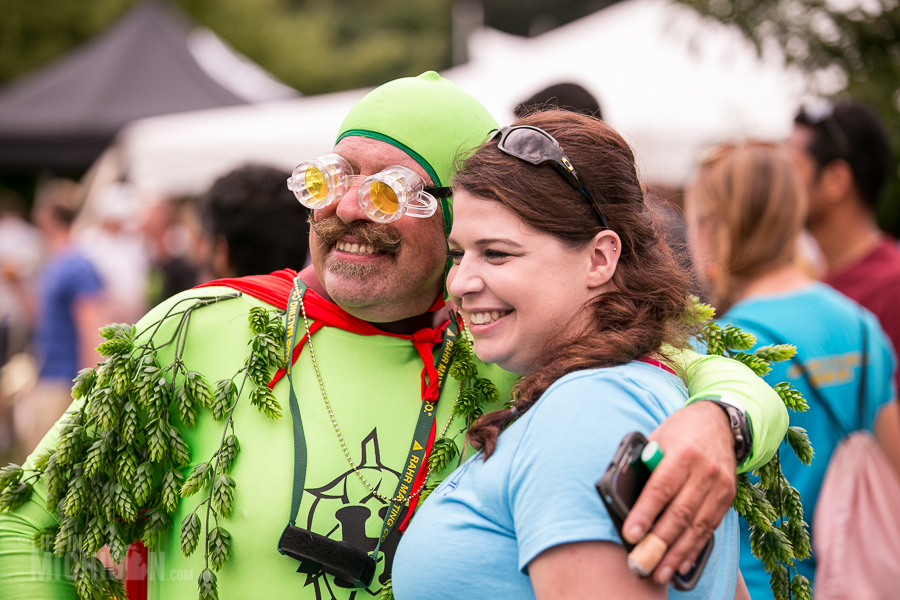 We are looking forward to keeping the great Michigan beer vibe rolling with all the great beer festivals that are springing up all over our great state. There are plenty more pics in the gallery. We’d love it if you’d subscribe to our newsletter, or follow us on Facebook, Twitter, , Tumblr.  Cheers!