In this Michigan Beer Enthusiast’s opinion, the 2013 Michigan Summer Beer Festival (MiSBF13) was the best Summer Beer Festival to date. It was well organized, attended and the weather was nearly perfect! (So there was a minor thunder storm…) The music was great. I sampled many new beers and found a few new breweries that I plan to visit very soon.

The Michigan Brewers Guild gets credit for producing the Michigan Summer Beer Festival. The Guild exists to unify brewers and increase the sale of Michigan Craft Beer. You can purchase an enthusiast membership for just $45. I’m a guild enthusiast member, you should be too!

Another reason to attend to the festival is meet other beer enthusiasts. They always promise to entertain. 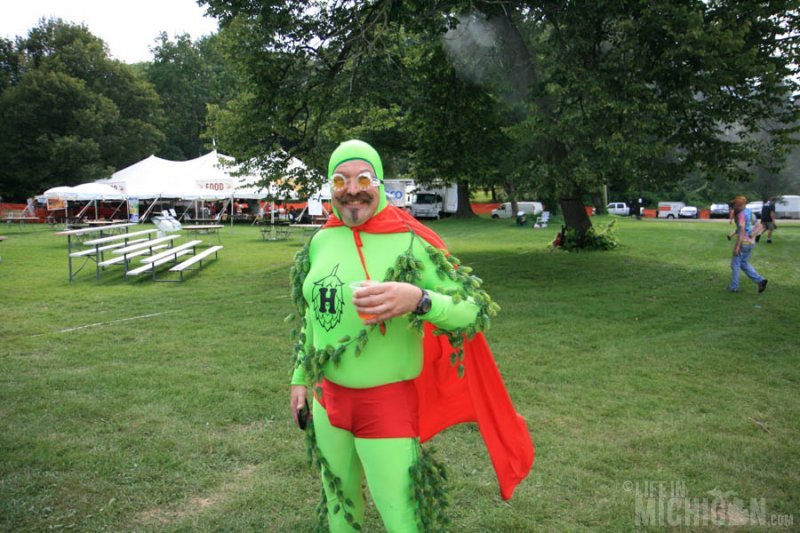 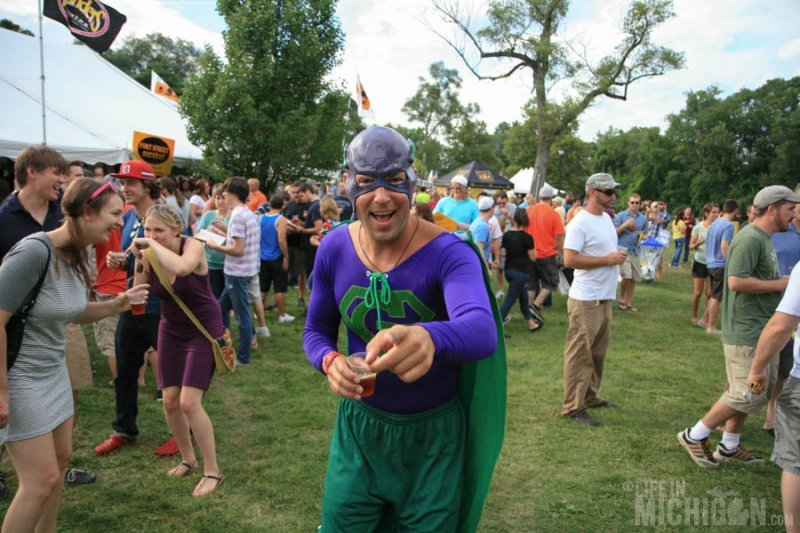 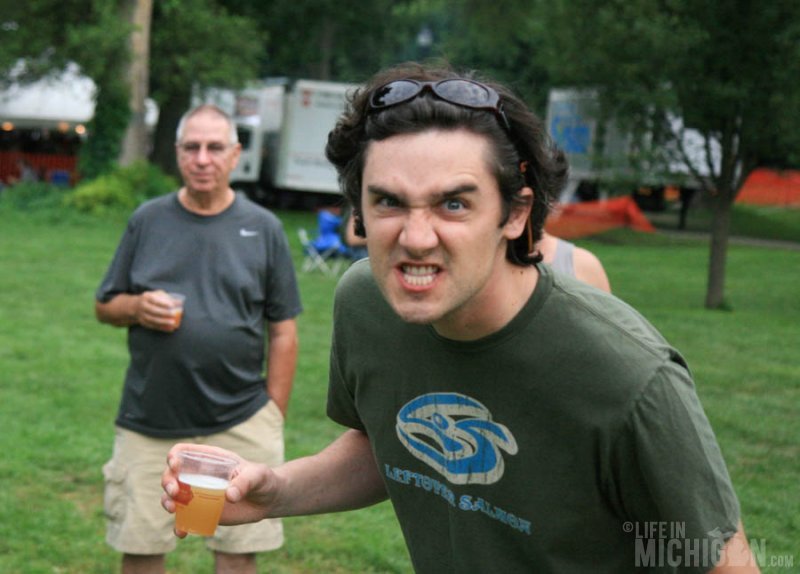 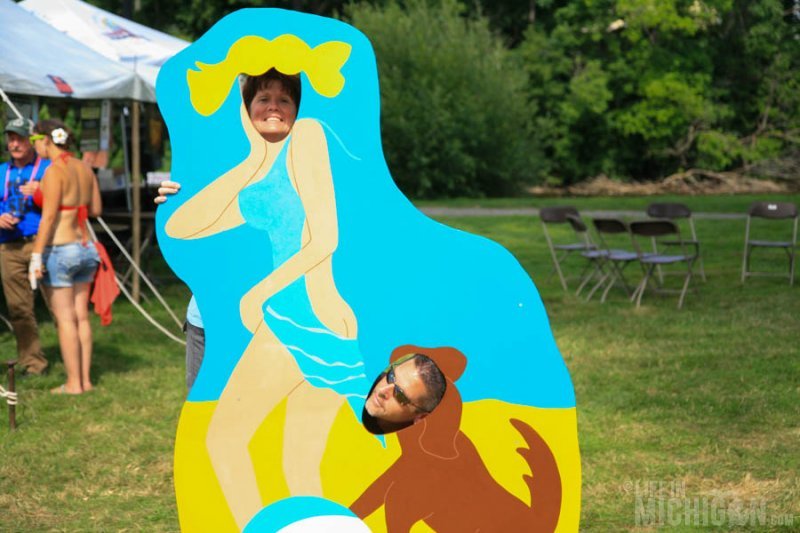 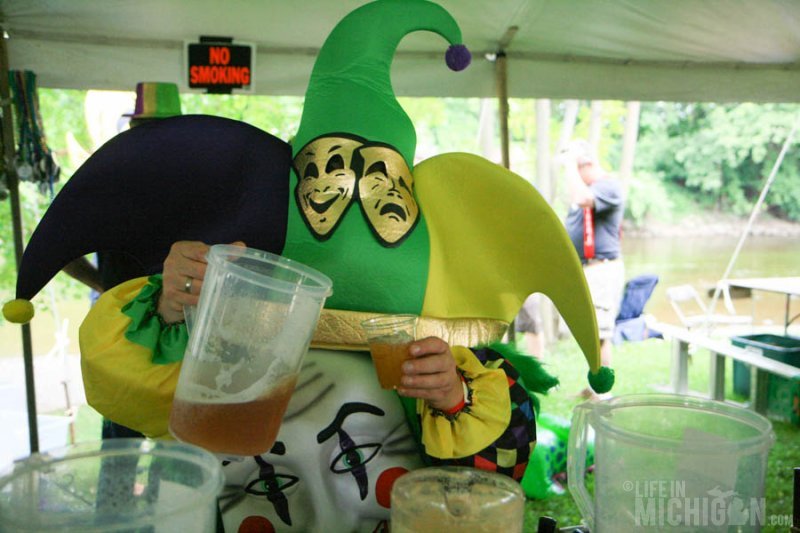 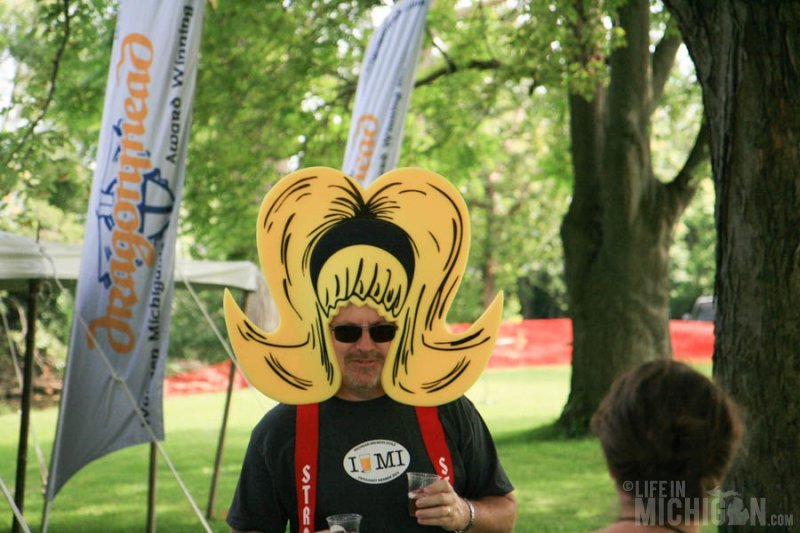 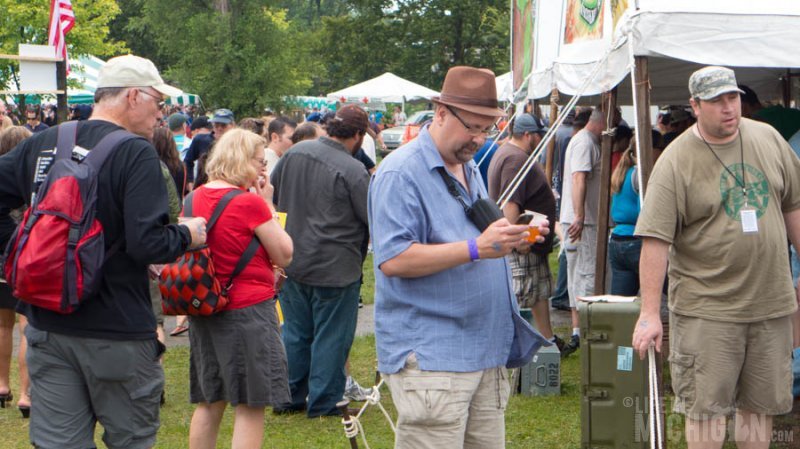 Did you identify your favorite Michigan Beer Enthusiast?

Which beer was your favorite?

There were 80 brewing companies and over 800 different beers. Crafting a beer tasting plan takes strategy and a beer. 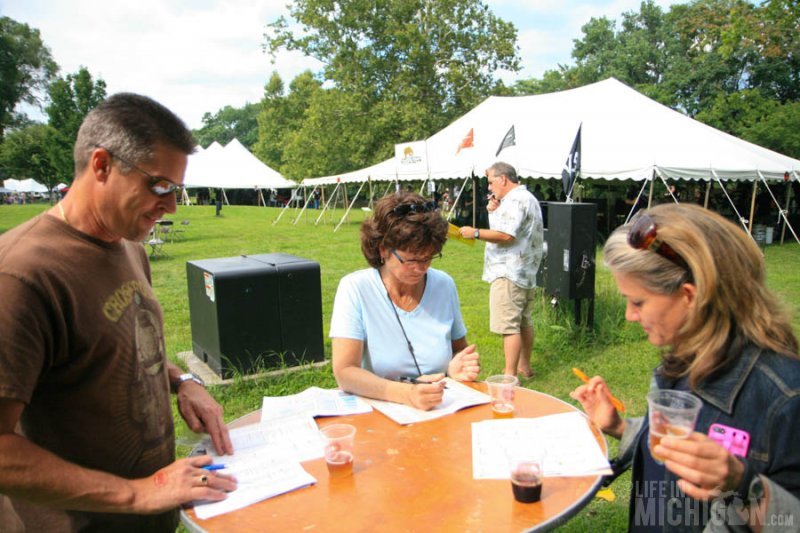 You can’t have just one favorite beer or brewery. It is like asking, do you have a favorite child? You might have your favorite but you’d never whisper it even to your best friend. With that said, I had a few favorites this year.

Dark Horse is at the top of the list. No this not Kristi and Aaron but you have to admit that Trent and Amber from Dark Horse embody the spirit of Dark Horse. 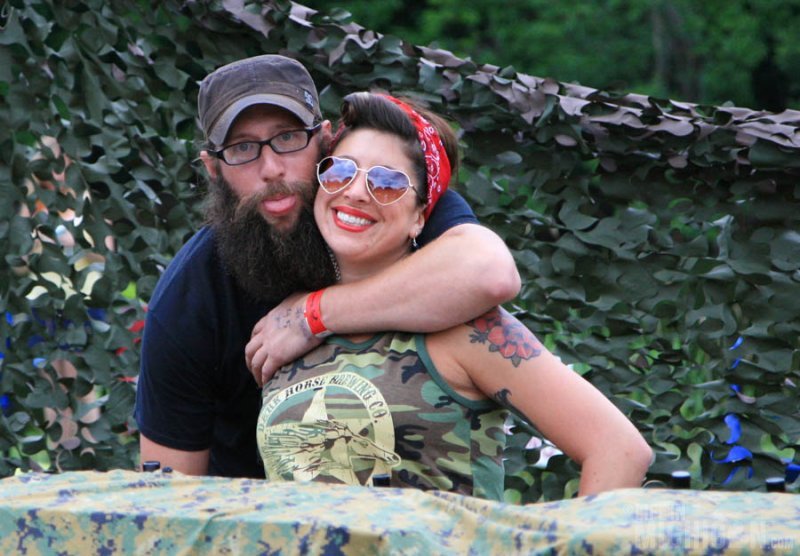 My personal 2013 Dark Horse Beer favorites were: Pam’s Kitchen Beer and the The Mighty Peach Basil Ale, both were ales and refreshing.

I sampled several beers from Greenbush Brewing Company that I’d like try again:  PHD – Matt Liquor and the Ex-Girlfriend –  ESB.

Warren, Michigan is home to the Kuhnhenn Brewing Company and I am planning to visit very soon. I loved their Carnivale: Zombie Mardi Gras Cocktail and TRIPA (Triple Rice IPA). 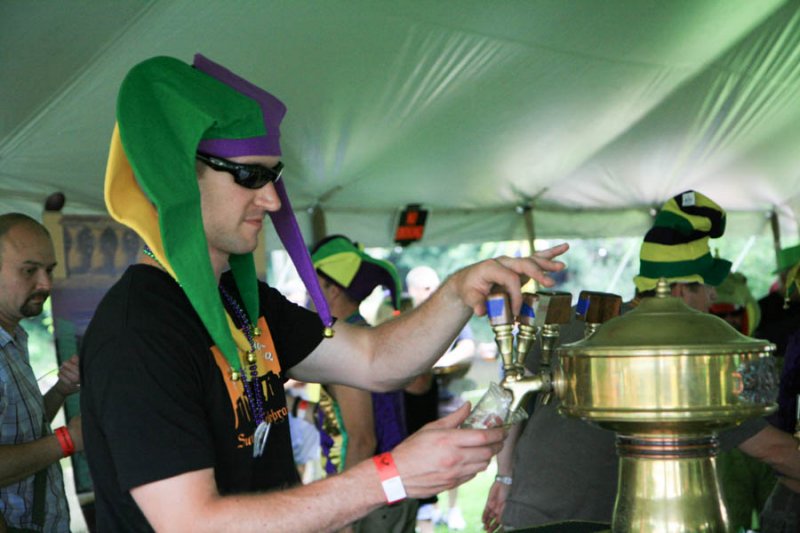 Founded in 2006, Black Lotus Brewing has been around for a while but this was my first experience drinking their beer. I sampled two of their beers that I enjoyed: the Hellahopper Apricot Imperial Pale Lager and the Thai P.A. – Double Rice IPA. 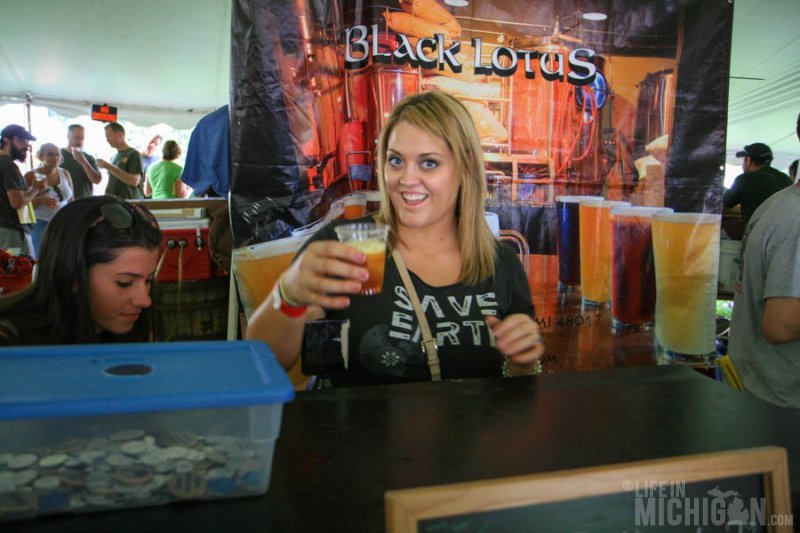 You can’t attend a Michigan Beer Festival without sampling Bell’s beer. We met Matt from Bell’s and he shared with us a Roundhouse IRA that we really enjoyed.

Sparta is home for Cellar Brewing Company.  I’m going to be honest here, I sampled both the Monkey Wrench and Apple IPA. I know that I liked the Apple IPA, but I can’t remember if I liked Monkey Wrench or not.  I’m betting that I did. 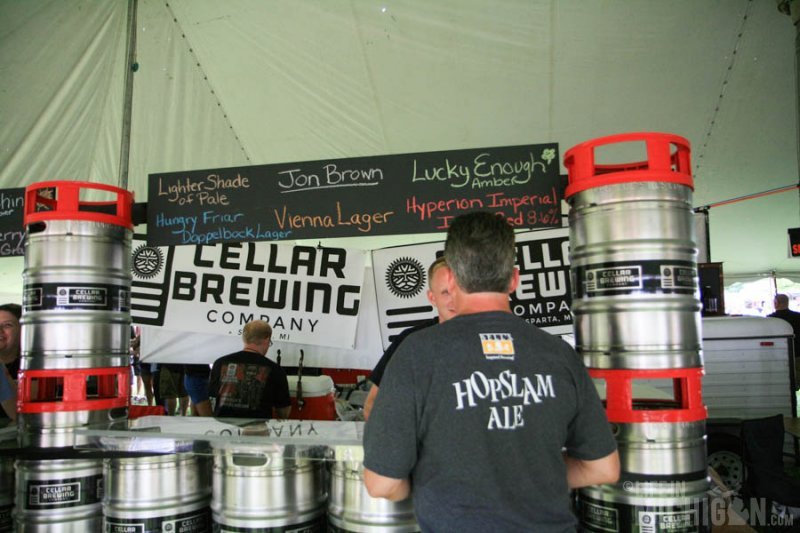 Music at the 2013 Beer Festival

Laith Al-Saadi performed on Friday night. He is a personal favorite and we’ve watched him perform many times, each time is a treat. 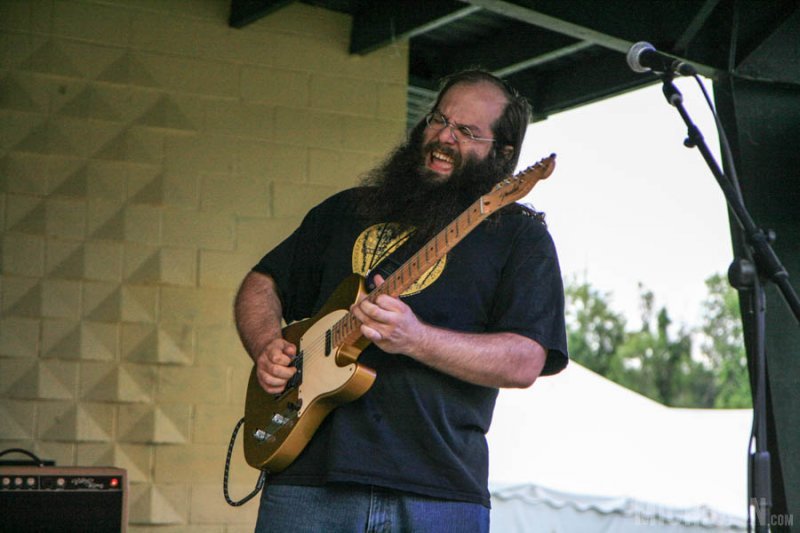 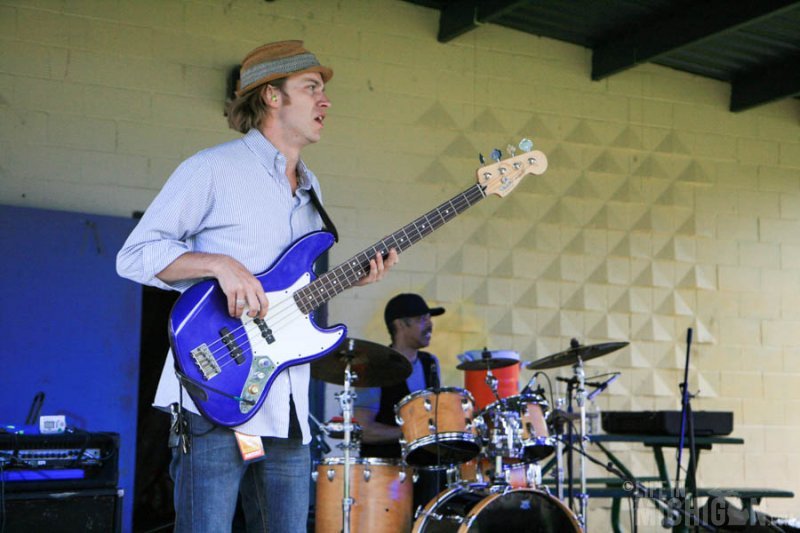 Beer Fest Day 2- Life In Michigan goes behind the scenes

As you can imagine, it is a ton of work to put on a beer festival. Beside all the staff from the guild and the breweries, there is a host of volunteers. Chuck and I, along with our good friends Jeff and Angie, got the opportunity from Kristi Morse to help out and pour some beers at the Fest on Saturday. 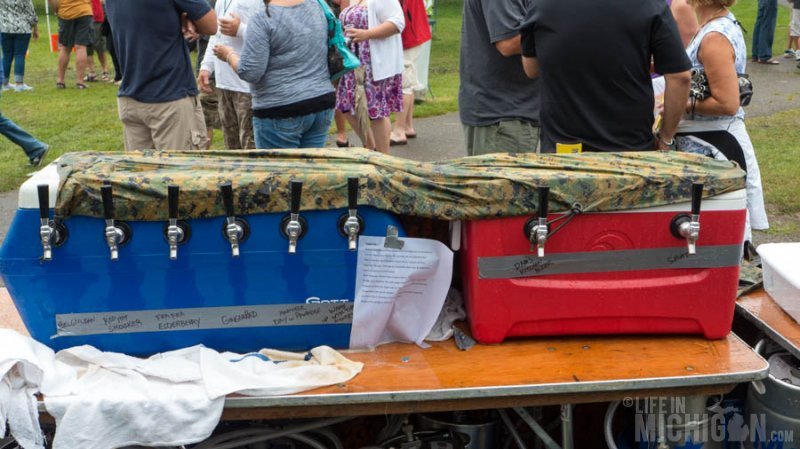 The weather on Saturday was not as friendly as Friday. We arrived at 12:30 and started studying our beer lists and getting psyched to pour! 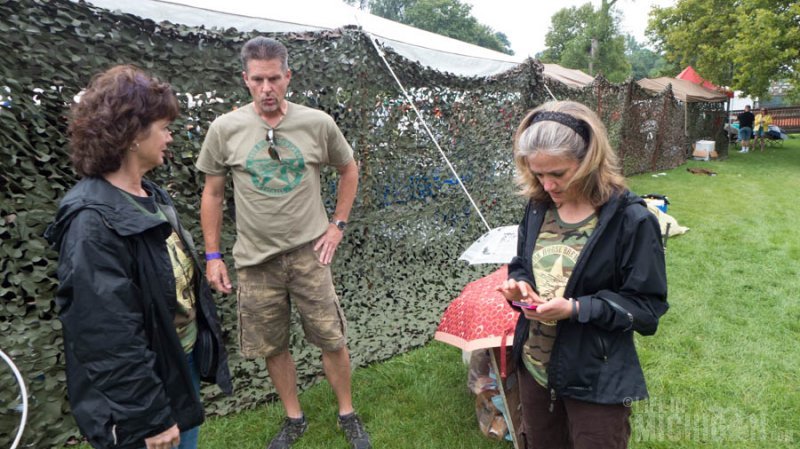 The theme for Dark Horse this year was supporting our troops.  The olive green T-shirts and Camo tank-top sale proceeds all went to a Marshall vet who was wounded while supporting our country. We were more than happy to kick in our donations for this good cause. 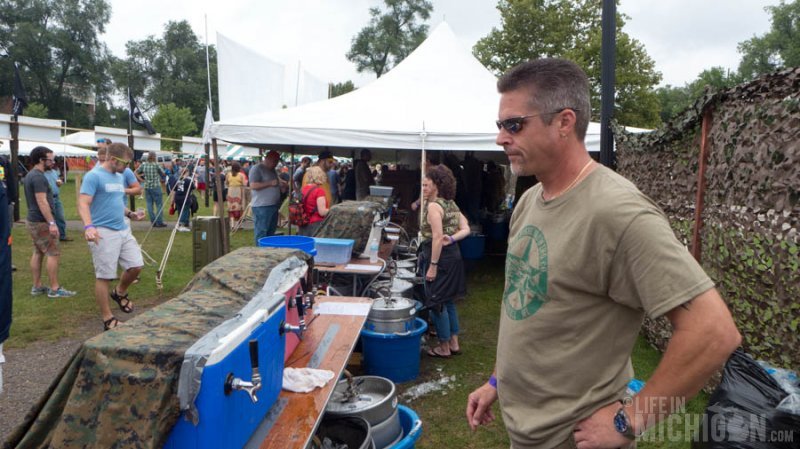 It was an absolute blast serving up beers to all the great Michigan beer fans!  Thanks so much Kristi and Dark Horse for inviting us! 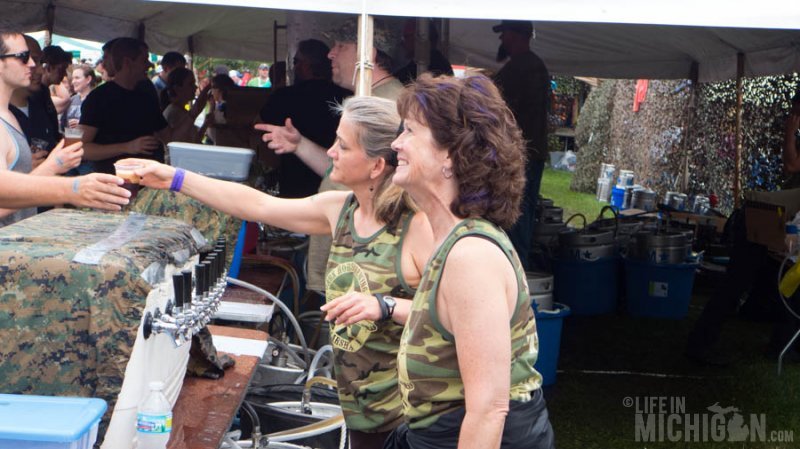 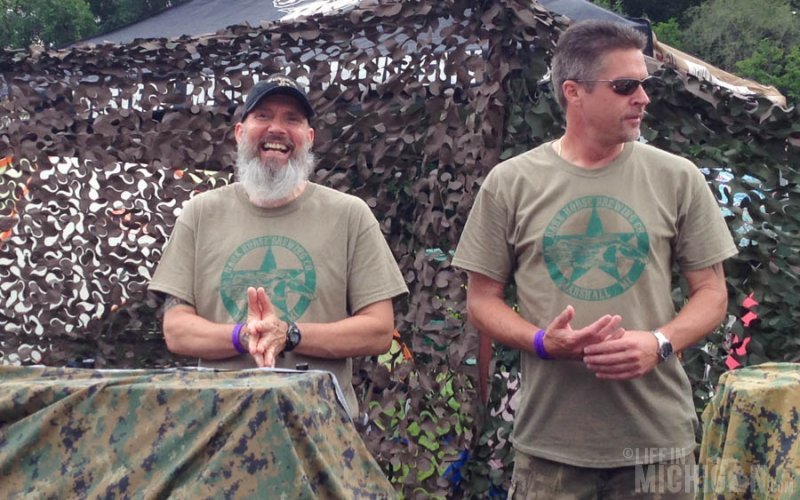 The Michigan Brewers Guild Summer Beer Fest was outstanding. Thanks for reading and feel free to check out even more of our pictures of the festival.