Mudgie’s – A dandy deli in Corktown

We are probably the only people in Southeastern Michigan that didn’t know about Mudgie’s in the Corktown district of Detroit. They have been winning awards for best deli and sandwich for years; we just weren’t in the loop. We found this little gem on 1300 Porter St when we headed down for the soft opening of Batch Brewing. Our friends noticed that Mudgie’s was just down the street. This was perfect as we could park once and get some food on board.

The inside of Mudgie’s is cheerful and inviting with no fuss table and chairs and great old hardwood floors. The cooler case in the back and wooden crates along the wall gives you a hint at the variety of beverages available. 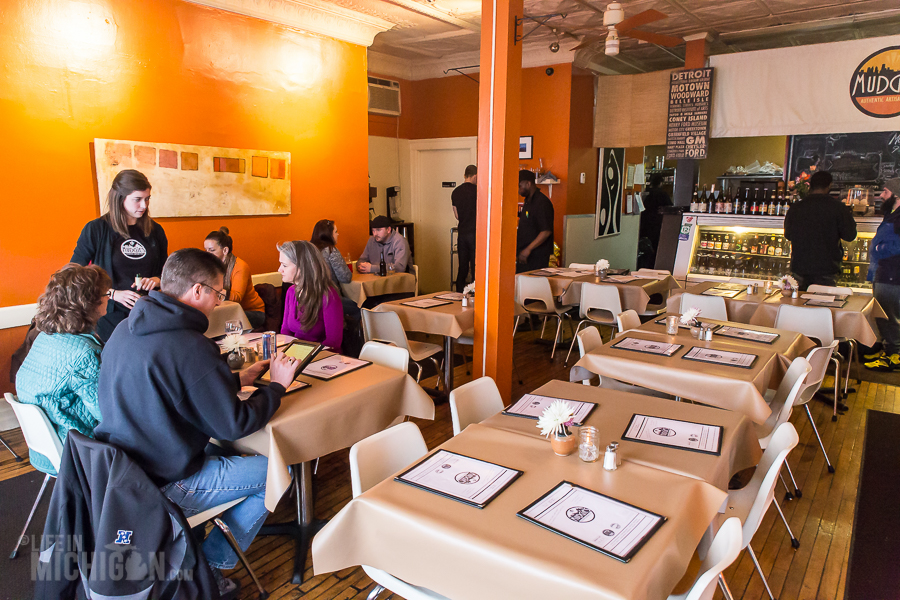 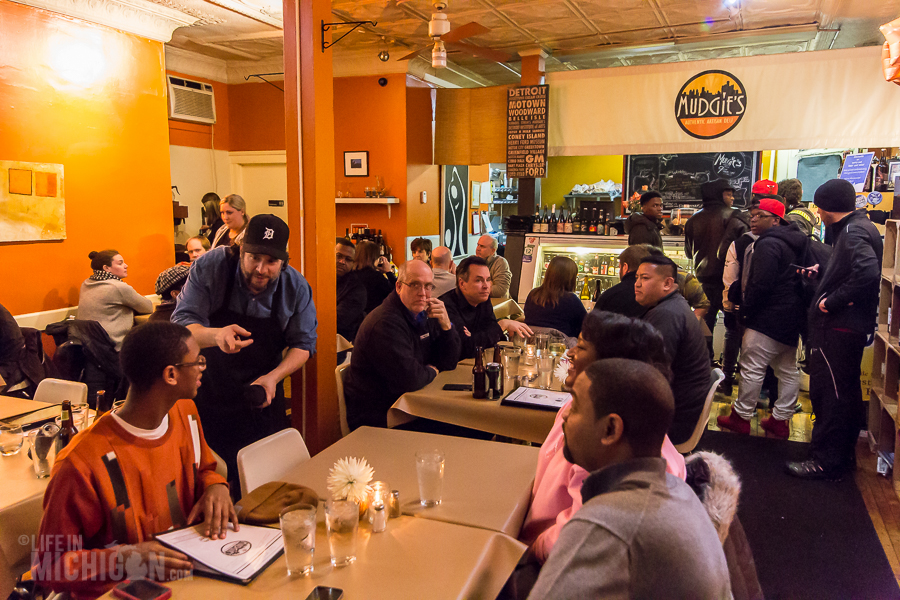 Having a mixed crew of vegans and meat eaters can sometimes make the dinner experience a challenge. We usually handle this with a switch over to fish or something along those lines. There were no worries at Mudgies. They have something for everyone as well as a savory selection of vegetarian options that can easily become vegan. Mudgie’s works hard to locally source as much of their food as possible. They pride themselves on all of this fine food being as fresh as possible. I failed to get a picture, but we had the hummus plate and it was delectable. Brenda and I both went with the Tempeh of Doom sandwich. The combo of grilled tempeh, avocado, roasted peppers, and honey mustard on ciabatta was nice. 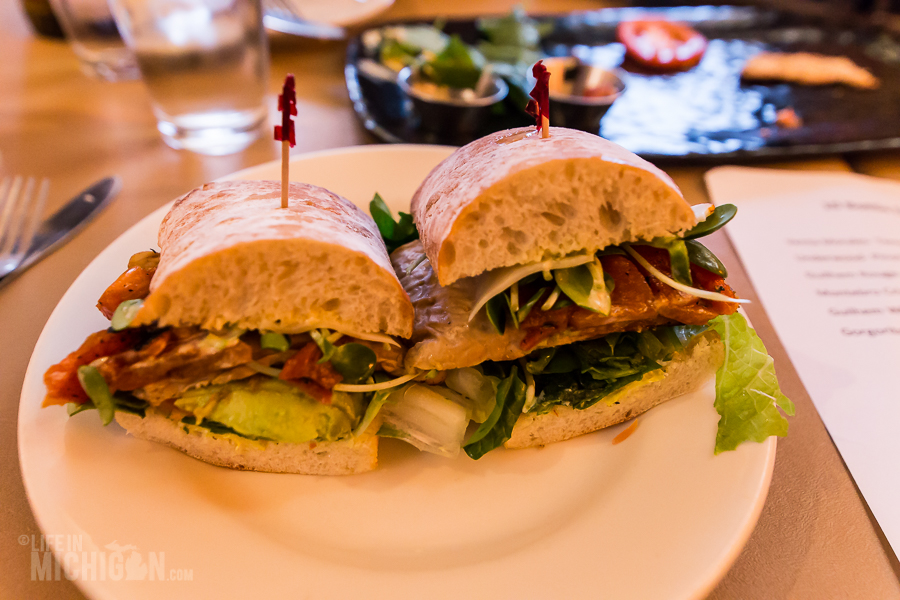 Our friends tried the Reuben, which was stacked high with corned beef, swiss cheese, and Brinery sauerkraut. They said it was a marvelous sandwich. 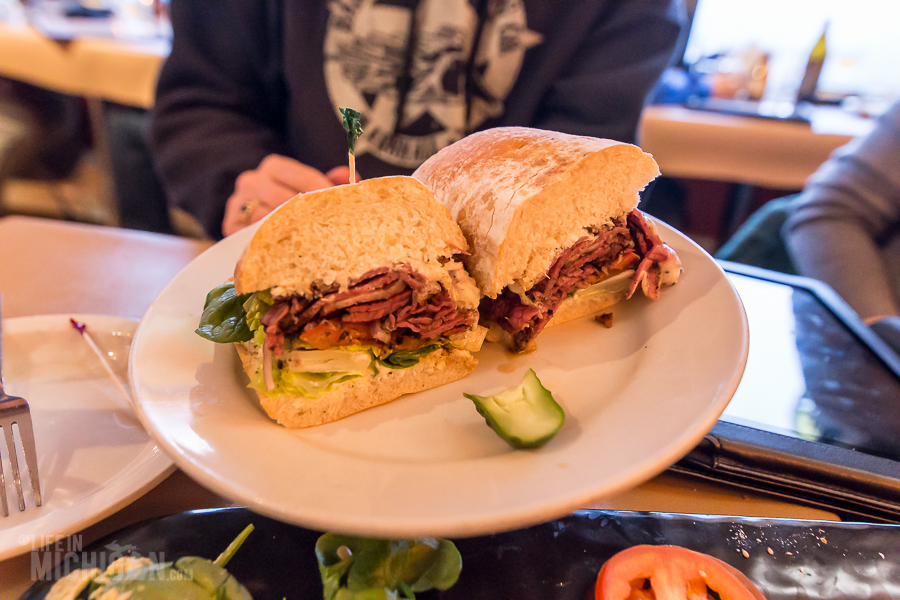 Besides outstanding food, Mudgie’s offers up a tremendous menu of beer, mead, cider, and wine. Some of the beers are hard to come by. Its like having someone setup a cellar of great beer and say “here you go friend, explore and enjoy.” I decided to go with my hometown brewers and get a Mr. Delicious from Arbor Brewing. It is a damn fine imperial IPA. 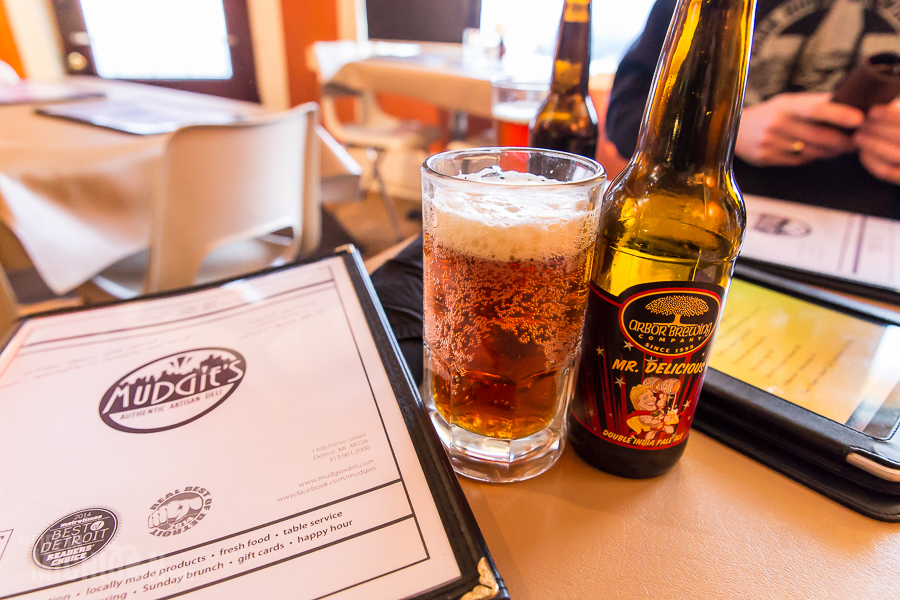 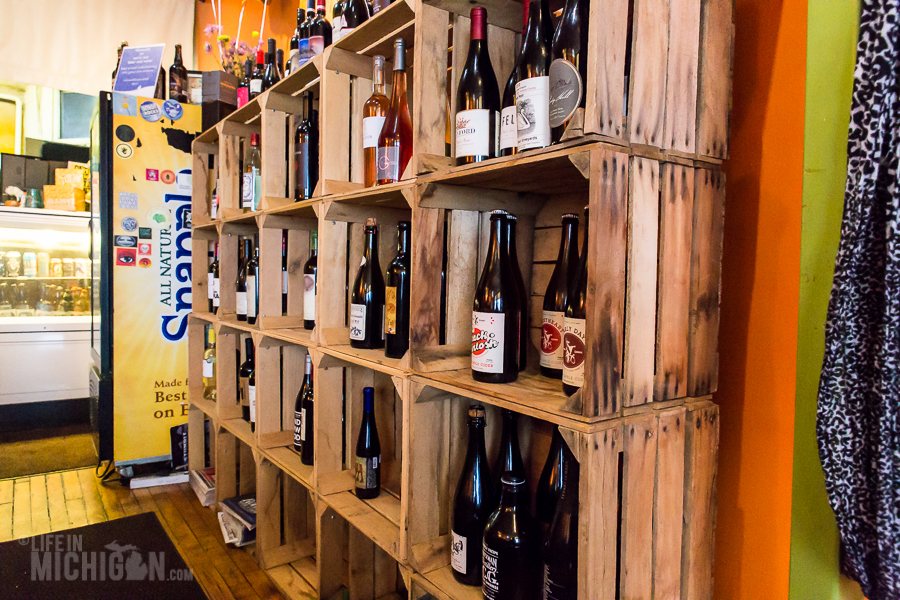 Everyone working at Mudgie’s was very friendly and accommodating. Our server was great. She knew every option on the menu and had the beer list down pat. We even had Greg Mudge come over to ask us how we were doing and see if there was anything we needed. I think it is that personal touch that makes Mudgie’s stand out. 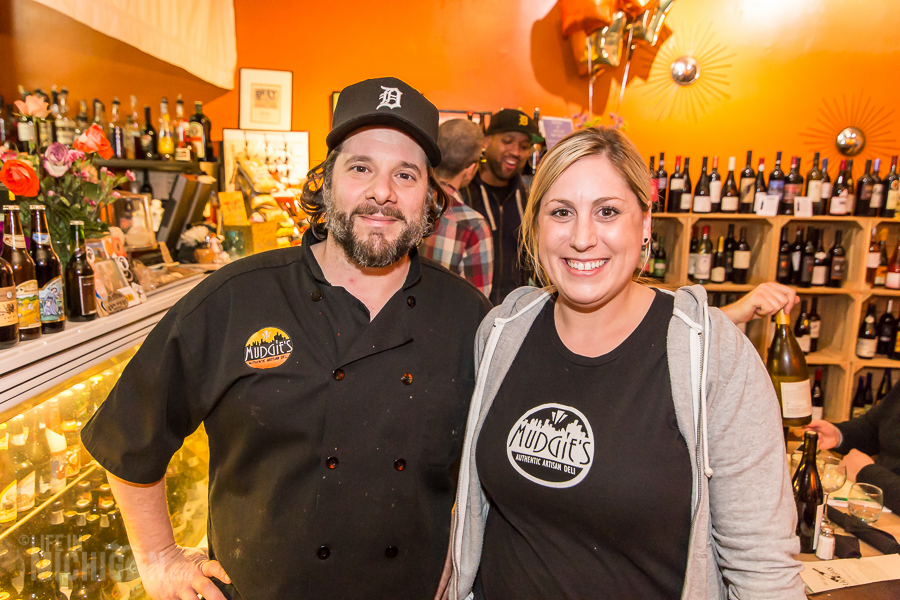 Feel free to stop by the gallery to see more pictures of our visit to Mudgie’s. If you’ve been out to Mudgie’s, leave a comment and let us know about your experience. You can keep in touch with us by signing up for our email or you can find us on Facebook, Twitter and Tumblr. Cheers!