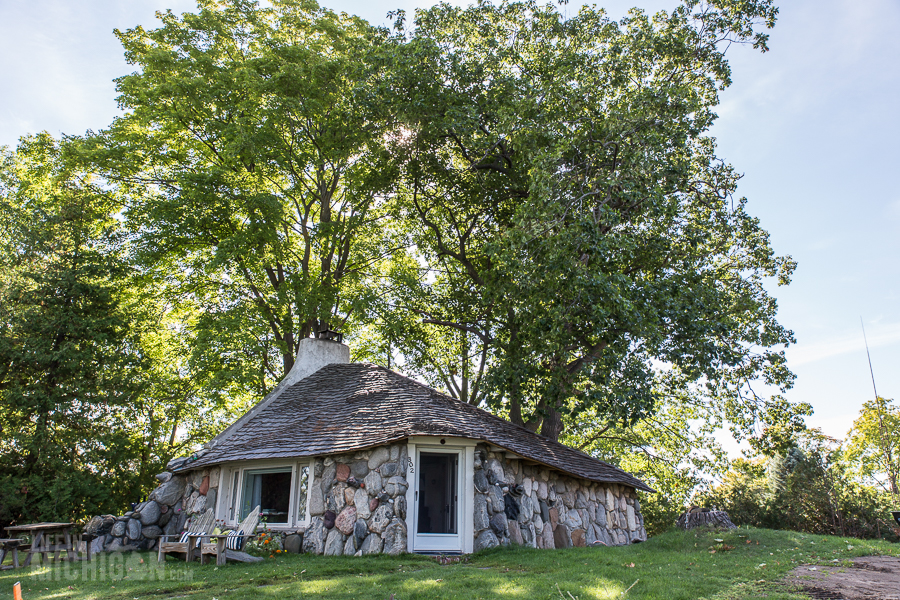 At 302 Park Avenue, you’ll find the “Half House” one of the 30+ Mushroom Houses in Charlevoix. 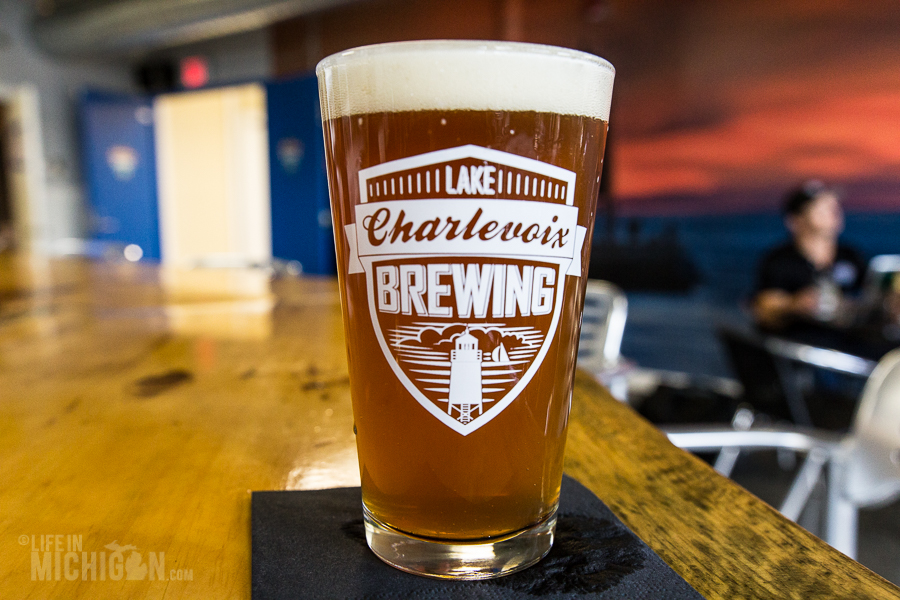 Located at 111 Bridge Park Drive, but probably the best way to get there is to find the Bridge Street Taproom and then take the stairs down to the Round lake level.

This was my first visit to Charlevoix, Michigan. I know, shocking and it wasn’t until crossing the drawbridge in the center of town and I looked at Round Lake I realized this fact. 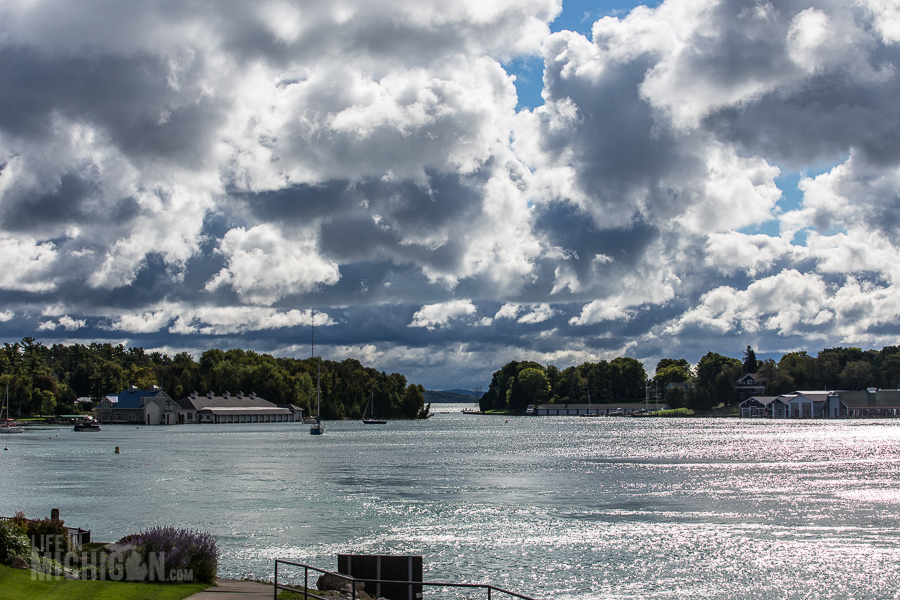 Charlevoix isn’t a town you drive through on your way “Up North” or stop for lunch. You have to make an effort to reach this beautiful hamlet nestled on Lake Michigan’s shore.

The weather was crazy while we were visiting and I thought I could feel the room on the 2nd floor in the bed and breakfast where we were staying swaying during the night. Yes, I’m exaggerating, but the wind was crazy, so naturally the next morning we headed to the beach to watch waves and clouds. We weren’t disappointed. 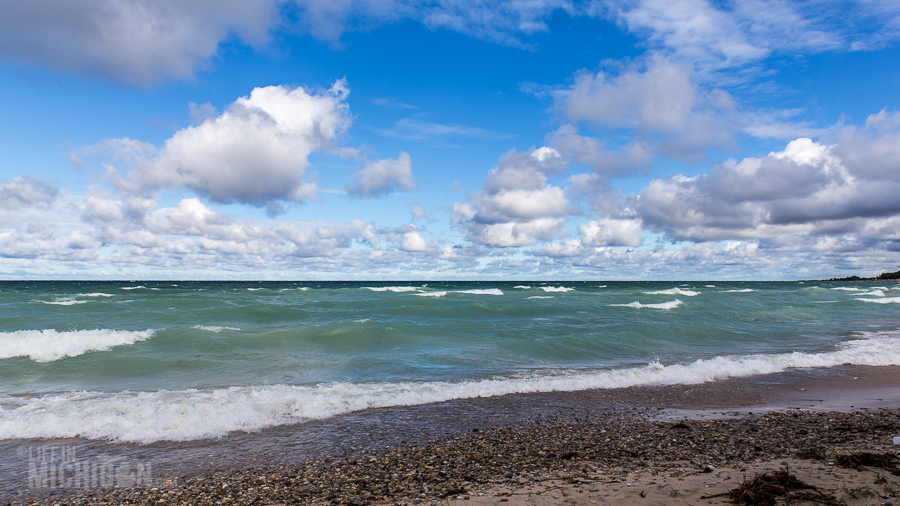 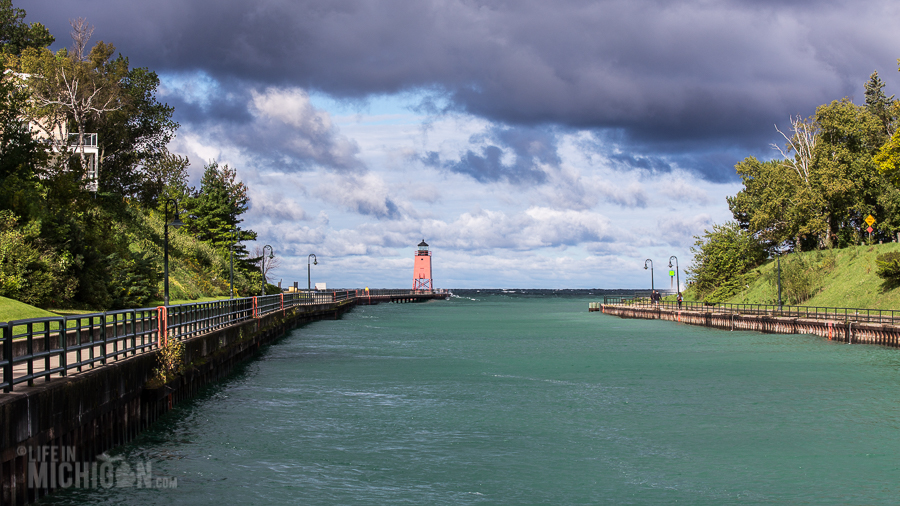 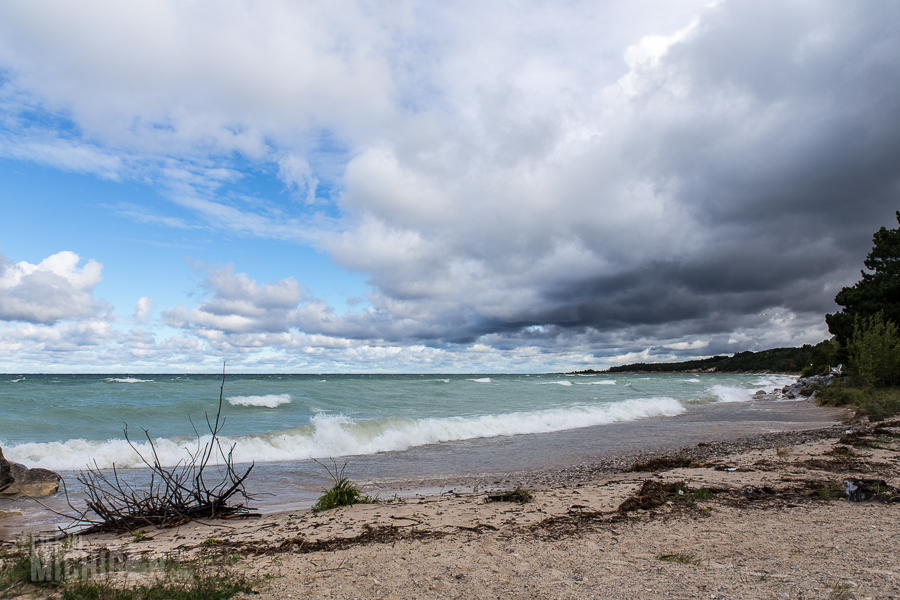 Upon arrival we reviewed our options for dinner and beer. Our first stop was the Weathervane Restaurant. It was totally happenstance. We were walking by and I said, that place looks cool, let’s check it out. We found out afterward it was built by Earl Young.

After dinner on our first night in Charlevoix, we stopped at the Bridge Street Tap Room. It is located right by Round lake and the Beaver Island ferry dock. This place is a gold mine for Michigan beers. In fact, all they serve on their 32 taps is Michigan beer and ciders. We sat down for a couple of beers as the wind started to pick up outside. They serve food and it looked outstanding. We were wishing we had stopped here for dinner. 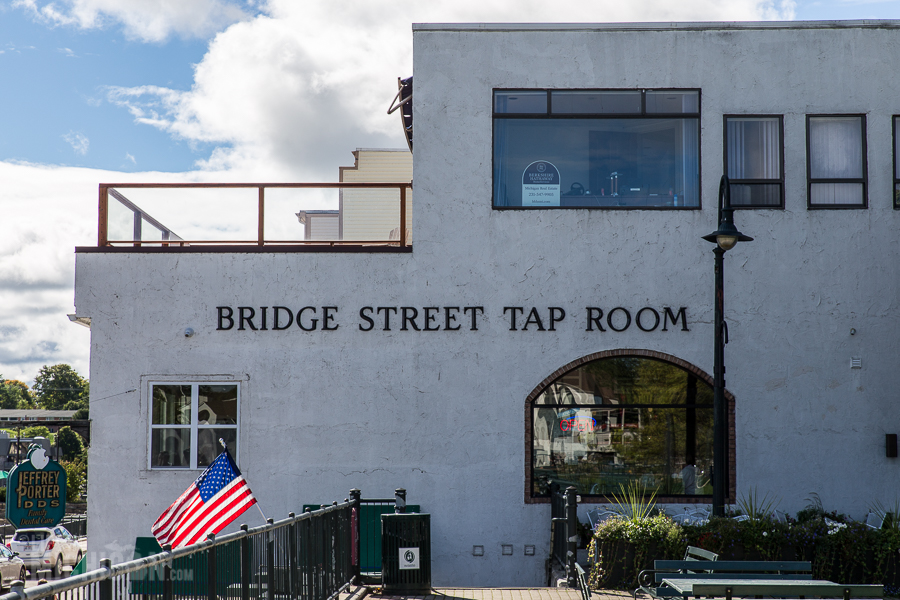 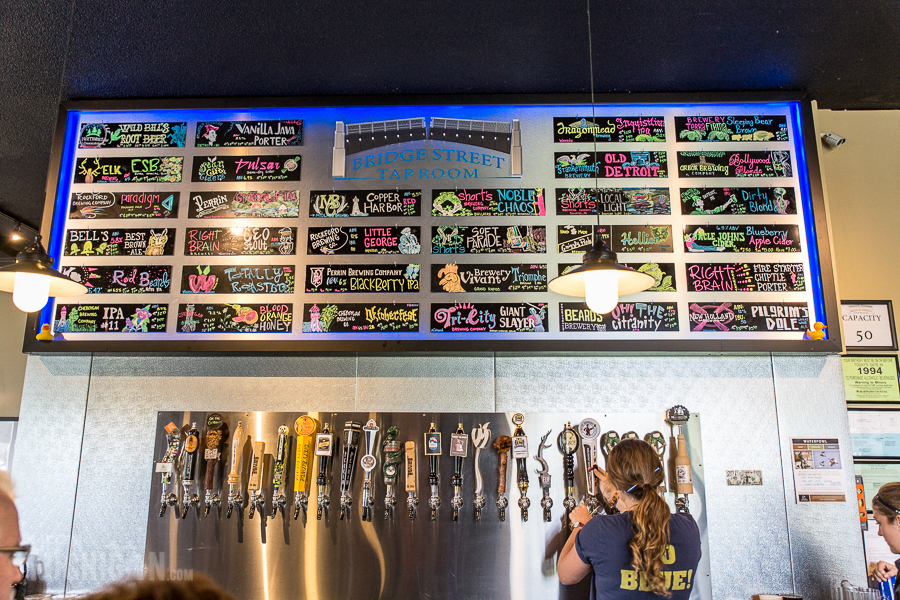 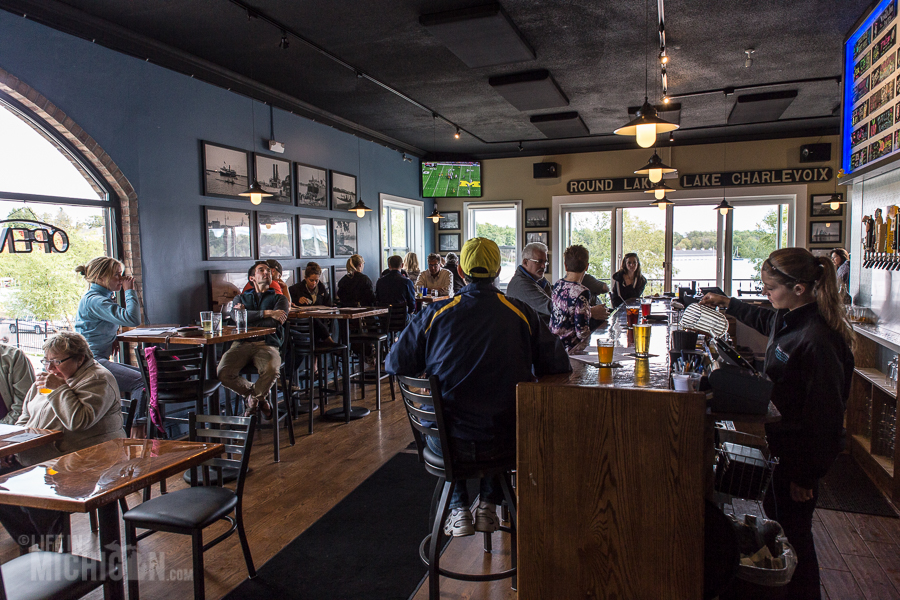 As we were making our way back to our room for the evening, a friendly bearded fellow stopped us and asked us if we had been in the U.P. Fall Beer festival in Marquette. We said we had and he introduced himself as Adam Engelman. Before you could snap two fingers, he was inviting us to check out the Lake Charlevoix Brewing. Long story short, it turns out that Adam is one of the owners of Bridge Street and Lake Charlevoix Brewing and we have a lot in common with Adam. We hit it off immediately. It took us a bit longer to find our room, but the detour was worth it.

It can be a little tricky to find the brewery. The address is 111 Bridge Park Drive, but probably the best way to get there is to find the Bridge Street Taproom and then take the stairs down to the Round lake level.  The brewery sits right by the water and has a nice outdoor patio to enjoy a beer while looking out over the lake. On a warm summer day, you would be in heaven. 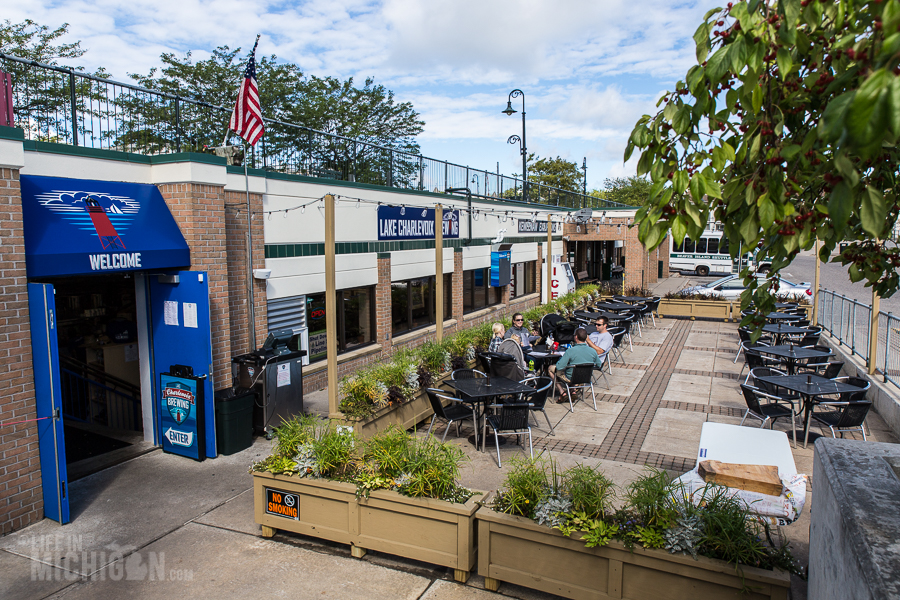 The inside of the brewery is sunny and has a summer beach pub feel with light aluminum chairs and a sturdy wooden bar. The views look out toward the patio and onto Round Lake. 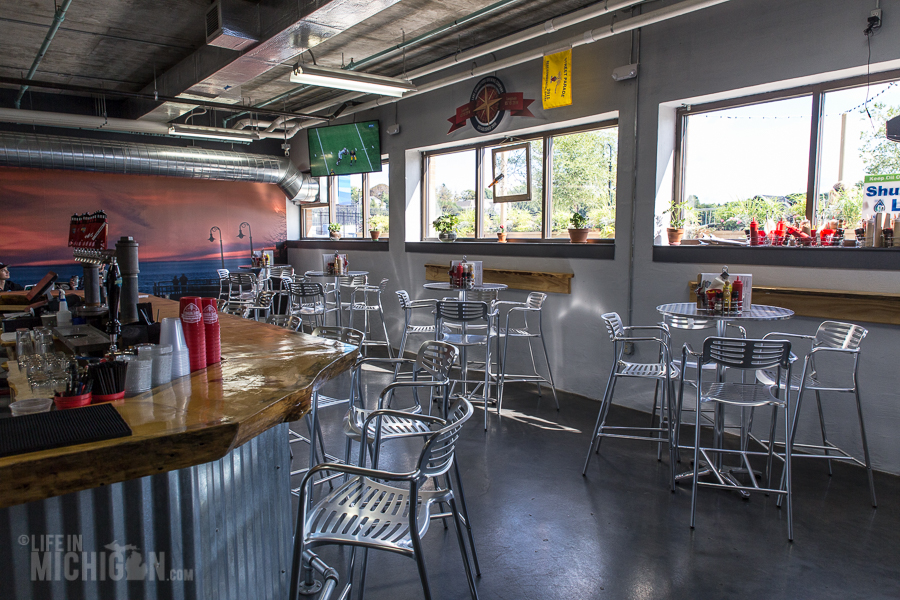 While the brewery looks great, what matters is the beer. The good news is that the beers are fantastic. Chuck had a full glass of the Flying Warrior IPA, which he said was sassy with hoppiness. I had a sampling of the Steingrabber, Up North pale ale, and the Hot’s Double Cookie Stout.  Each were tasty, but the cookie stout stood out as it sort of reminded us of Oreo cookies. 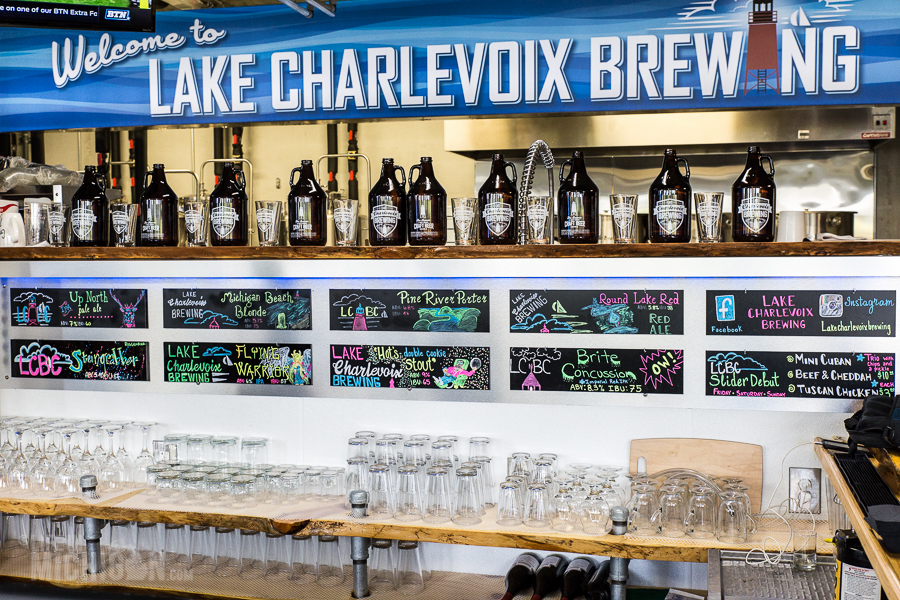 It was great to know that even in the small vacation towns like Charlevoix, you can find some great Michigan beer.

The Mushroom Houses in Charlevoix are the work of Earl Young. Who, interestingly referred to himself first as a realtor.  He built the “Hobbit” like homes beginning in the late 1930s and into the 1950s.  Young is reported to have said, “I always build the roof first, and then shove the house under it.” I believe it. 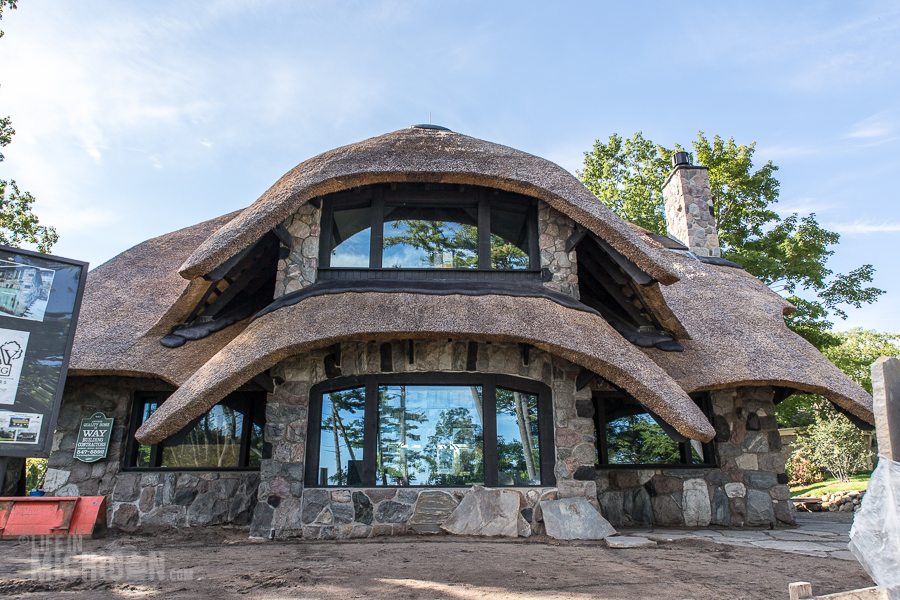 Visit Charloveix has a travel planner that includes a map, but the best way to view the Mushroom Houses is on a tour. The Charlevoix Historical Society offer “step-on tours” for a very reasonable price. We ran out of time, so we ended up doing a “speed tour” of the Park Street neighborhood in our car just before we left town. (I don’t recommend, but it will do if you’ve only got a few minutes to catch a  glimpse of  famous “Mushroom” houses.)

The “Half House” is on Park Street. You’re pretty sure a gnome or hobbit will shoot out of a door at any moment. 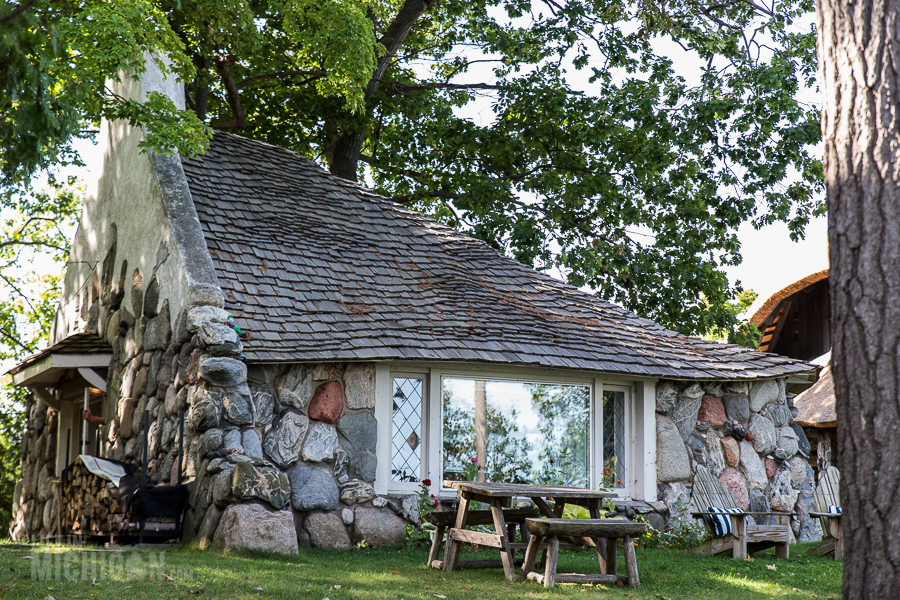 The house at the corner of Clint and Grant Streets and is considered to be Young’s most beautiful home. 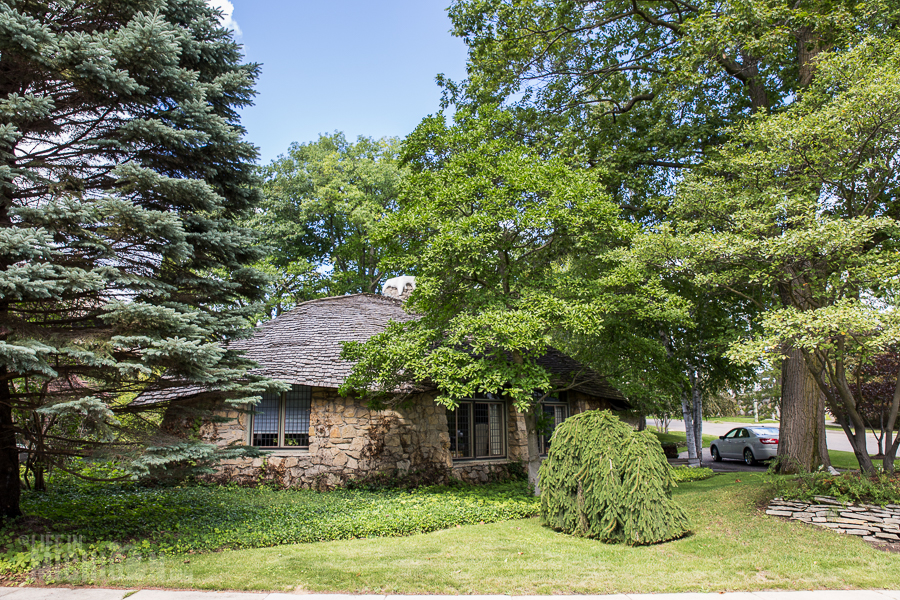 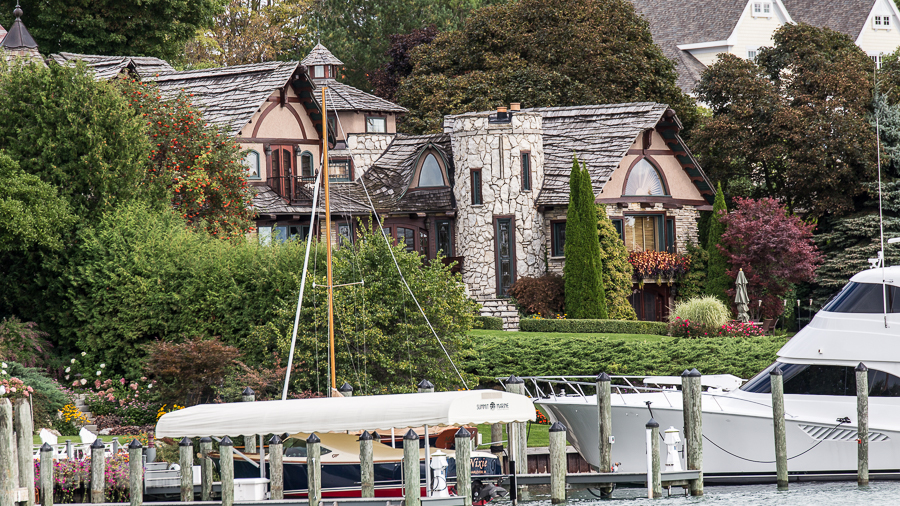 We’ve more pictures of the mushroom houses, the brewery and beautiful Charleovix in our gallery.