NAIAS (North American International Auto Show) was in high gear this year in Detroit, Michigan with a bounty of extraordinary cars to dazzle the senses. It really is a car lover’s paradise.

I’m thinking that this is the fifth year that I’ve attended NAIAS during the Delta SkyMiles American Express preview. My friends Rick and Jeff were once again in for the ride. The American Express crew put on a nice soiree with beverages and interesting horderves. I was very happy to see local Detroit beer from Motor City Brewing. A special thanks to Lindsay for checking in on us and making sure the event was top notch.

It was great to see Alfa Romeo at the show. The new 4C spider was a real knock out. Beautiful lines that are both muscular and elegant. 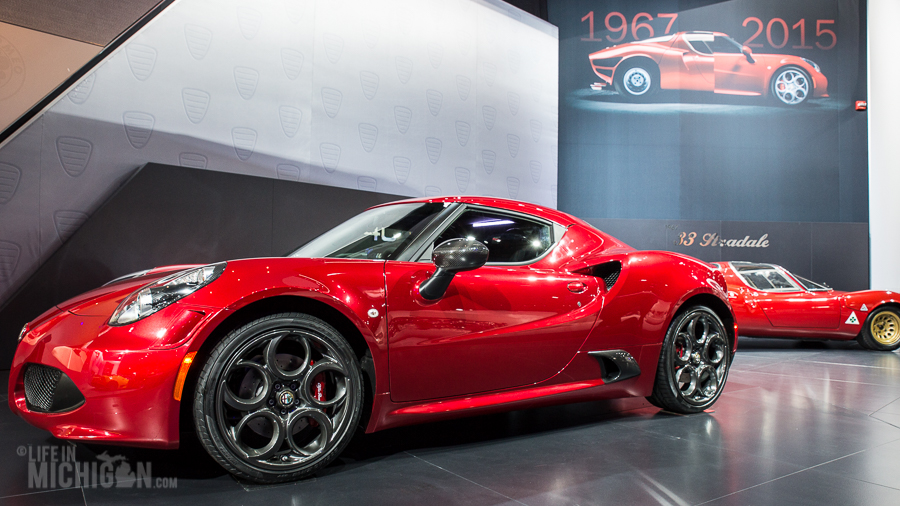 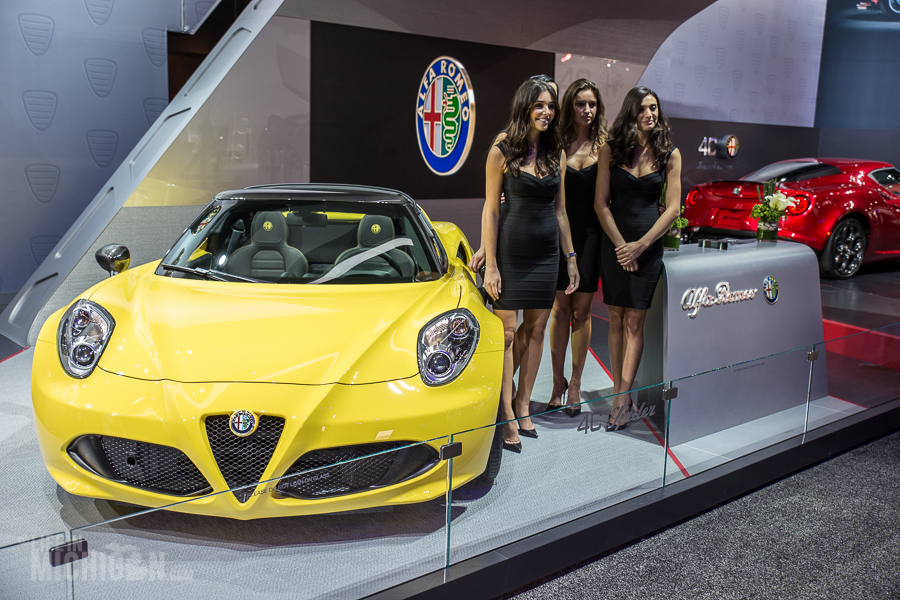 The Mopar wing of Chrysler was sporting the new Renegade with its olive green paint job and a map of Detroit on the hood. There was also a violent green Challenger T/A with its bad ass 6.4 litre Hemi V8. 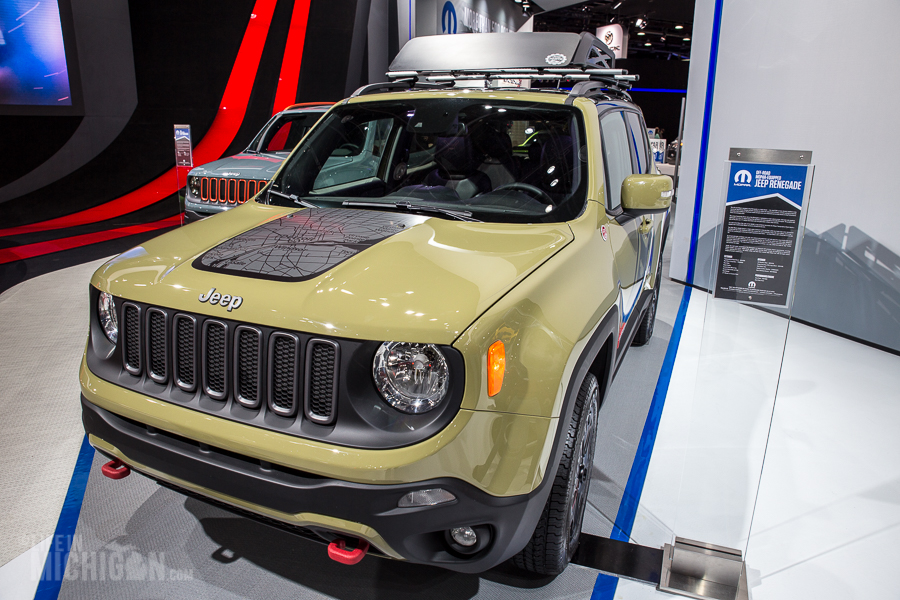 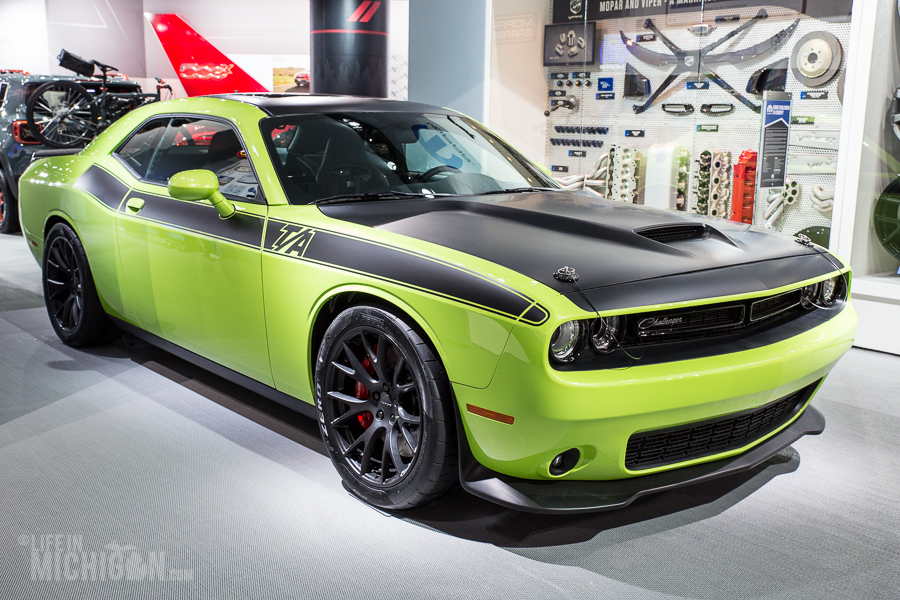 The Dodge fire red Hellcats were on the prowl at NAIAS. Both the Charger and Challenger version were impressive. I think I read on the info board that these cars sport engines cranking 707 horses. Apparently that is the correct number of horses to take your ass directly to Hell. 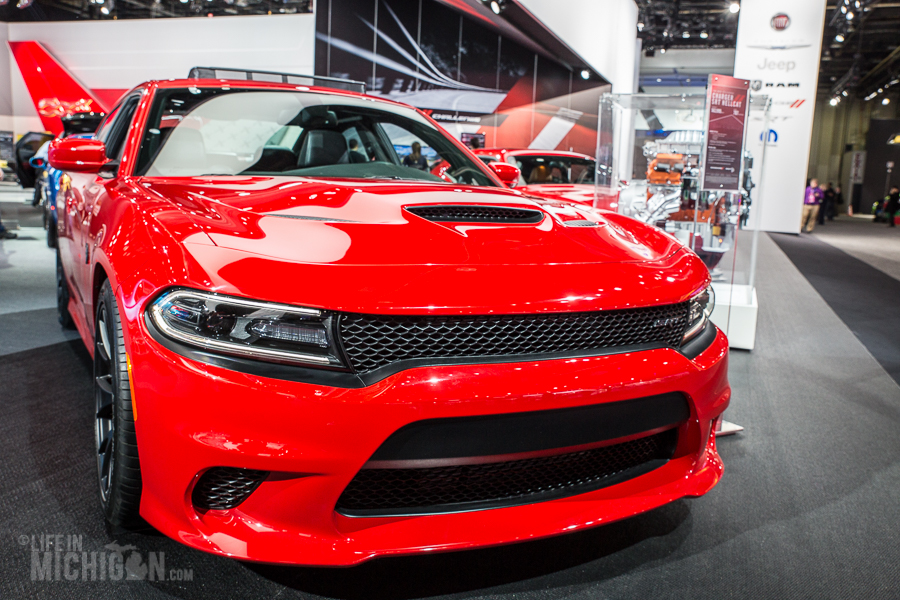 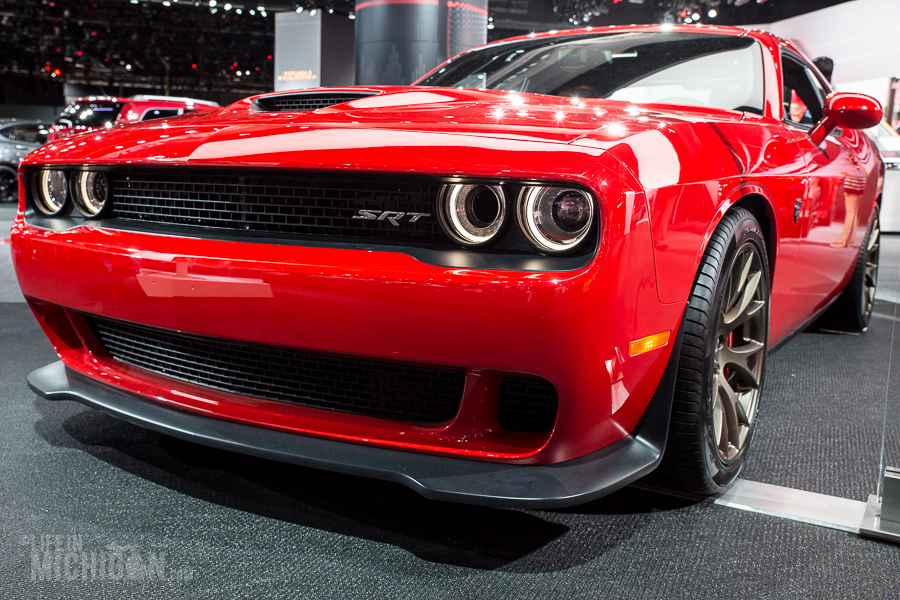 Rick wanted to stop by and check out Hyundai and I’m glad we did. The Genesis sedan and coupe are solid well built cars that won’t break the bank. The Santa Cruz crossover concept was kind of cool with its Hot Wheels styling. 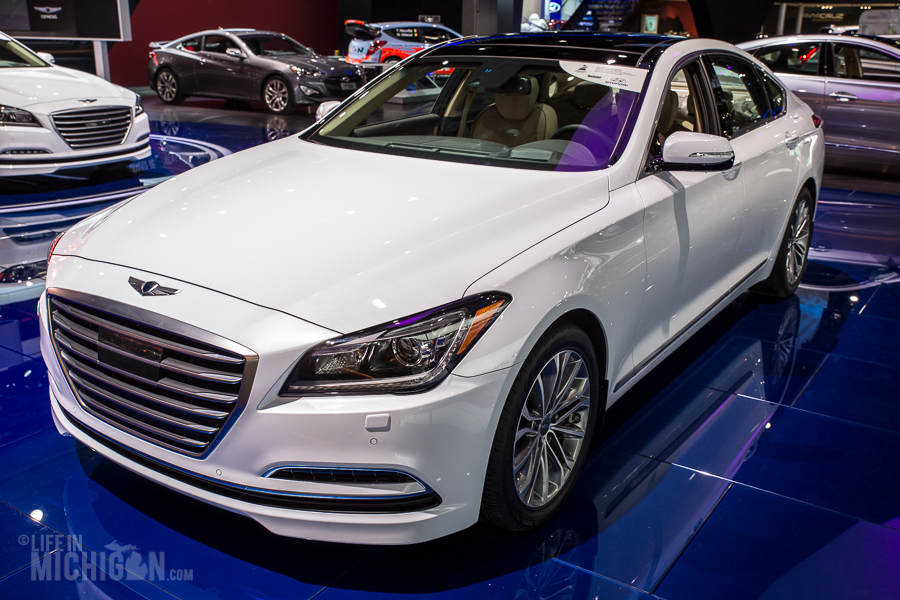 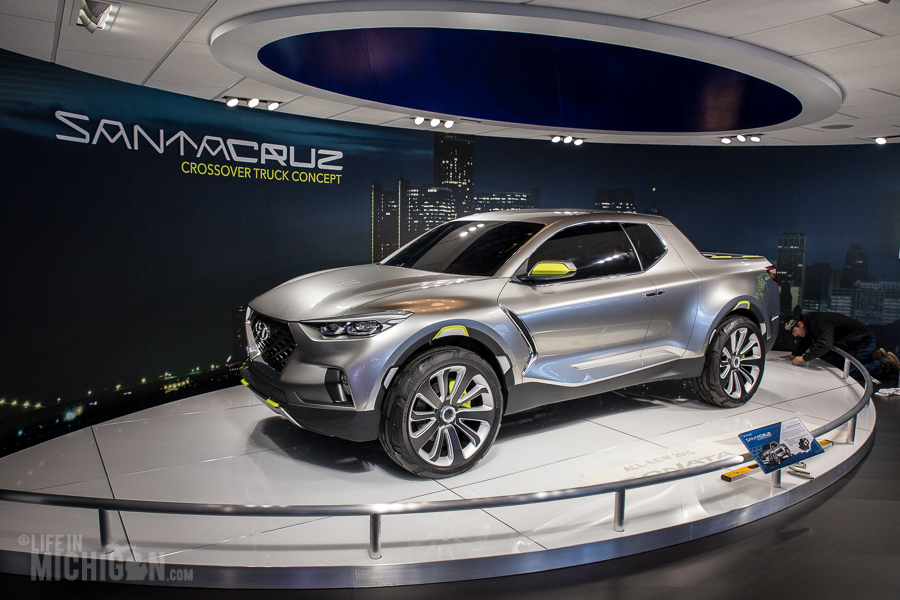 Apparently Motor Trend liked the Chevy Colorado, while the NAIAS picked the Ford F150 as truck of the year. 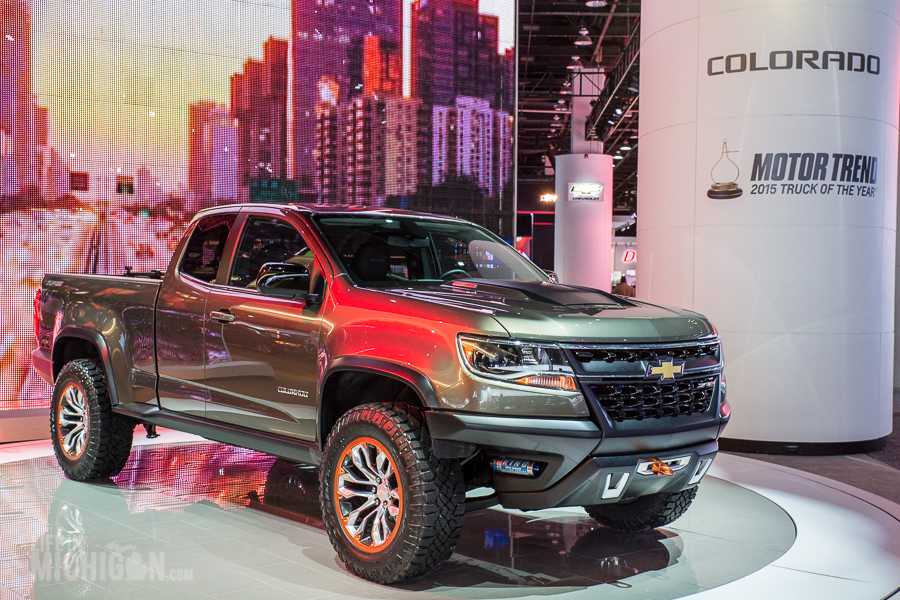 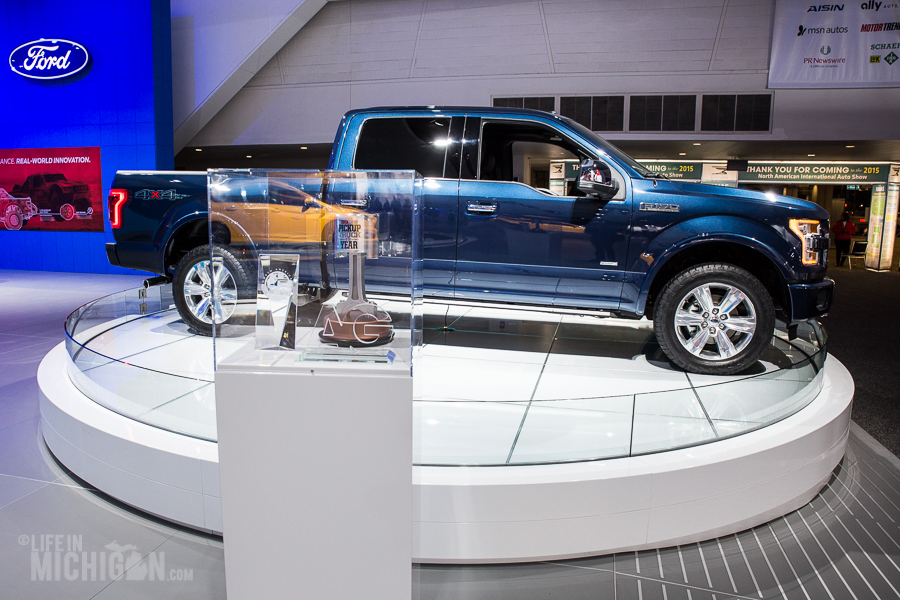 I personally will take this old Ford. The GT was the center of attention for many folks at the show. You cannot help but dig the sleek and shark like design of this car. 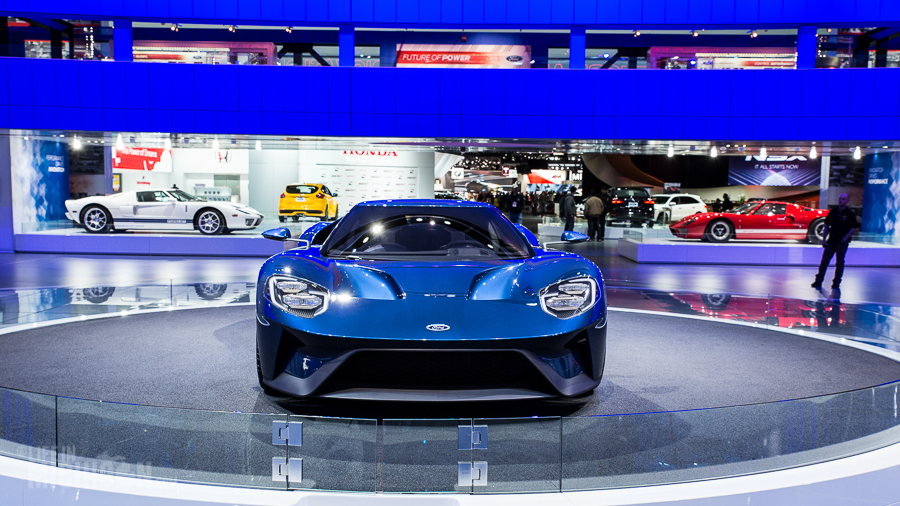 The Shelby GT350 is a thick and aggressive. I really wish I could take this car out for a spin. One very nice feature of the American Express event is that you can get up close and personal with cars that are otherwise off limits. We took advantage of this and hopped into the Bentley Mulsanne Speed. I didn’t get a shot of it, but the back seat has a laptop dock and a mini cooler to keep your wine chilled as you are driven around in this classy ride. The Mercedes-Benz had a large presence at the NAIAS this year which included the unveiling of the new GLE class. You can see and feel the build quality on these cars. 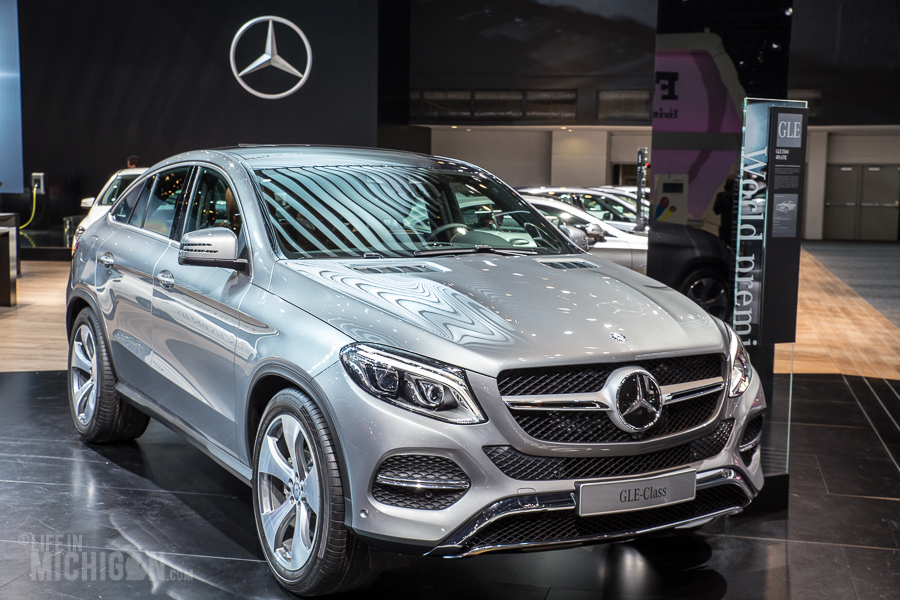 The ultra futuristic (and driverless) concept car was like something out of Back To The Future. BMW was showcasing the new 6 series. I’m not typically a fan of the color gold, but the coupe looked sharp even if the brake caliper clashed a bit. Mini also has a new convertible called the Superleggera. I’m not sure you could really call this car “mini”. The Volkswagen Golf won Car of The Year for the show and by Motor Trend. It definitely looks European. 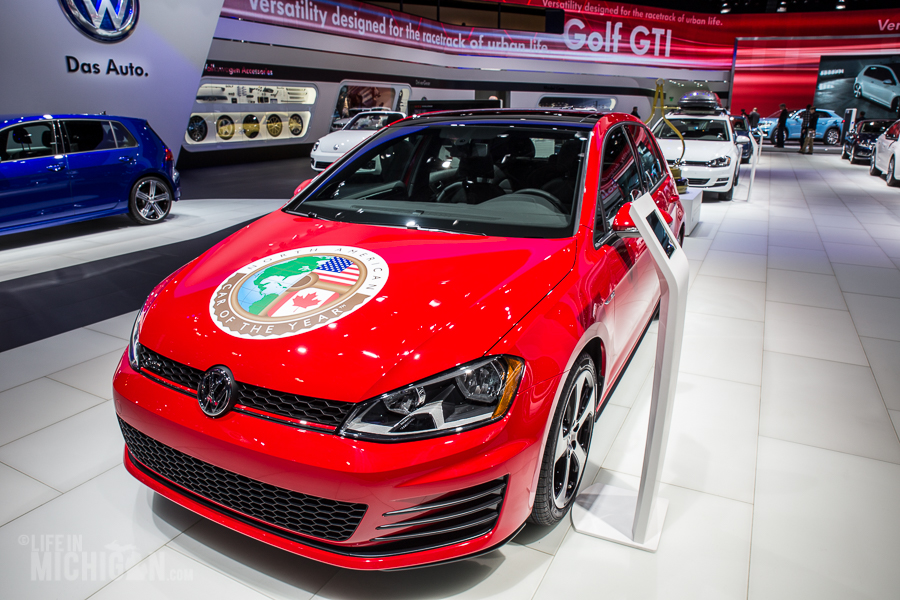 The Cross Coupe GTE SUV looks very cool. I didn’t get inside, but apparently this ride will have gesture controls (move your hand in the air instead of touching dashboard controls) and since its a hybrid they say it will get 70mpg. 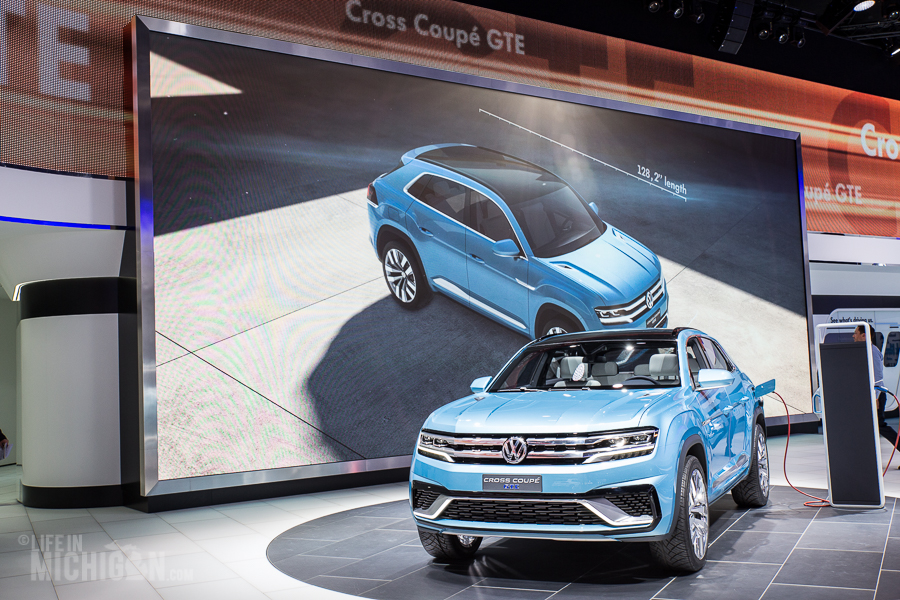 The American Express reception was down at the Infinity exhibit, so we got to see the shimmering silver Infinity Q60 concept in all its glory. 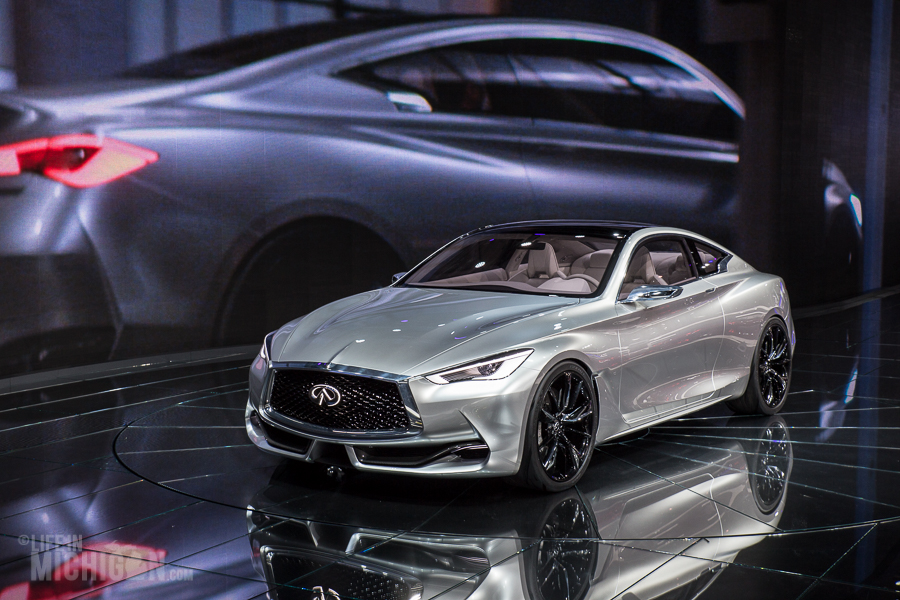 The Acura NSX is a mighty fine looking automobile and continues to give Porche and Ferrari a run for their money. In gleaming candy apple red, this machine is a heart stopper. 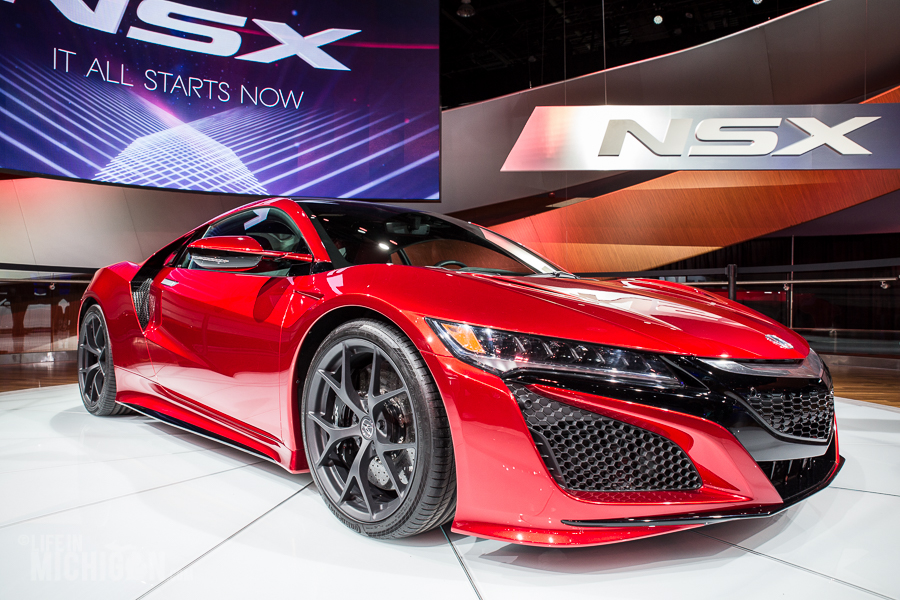 And the beat goes on

I could keep going on about all the great cars I saw, but you just have to see it for yourself. Like, what exactly is going on here? 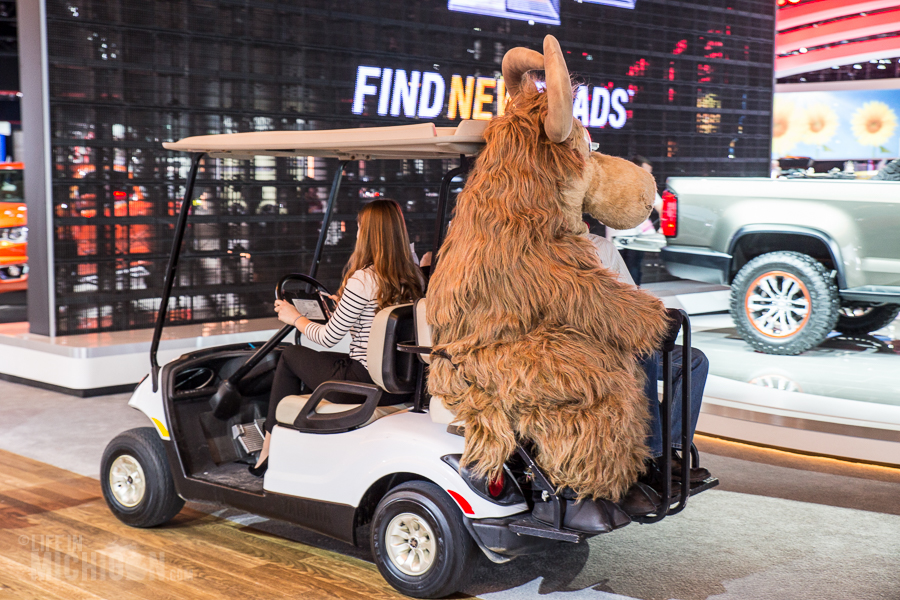 Please stop into the gallery where you can see all the photos from my visit to the Detroit Auto Show (you know, NAIAS). Let us know if you go to the show and what your favorite part of the show was. You can keep in touch with us by signing up for our email or you can find us on Facebook, Twitter and Tumblr. Cheers!