Mingling with naughty snow sculptures while drinking Dark Horse beer on a snowy February afternoon in the Beer Garten — Sounds a little deviant doesn’t it? I guess it depends on your norms if you’ll consider it deviant or not. It was definitely fun and I am glad that I joined other Michigan Beer enthusiasts for the “2014 Dark Horse Brewing Co. Taproom Staff Beer Competition and Snow Sculpting in the Beer Garten“

Each Dark Horse Taproom staff member was paired with a Dark Horse brewer to create a one-of-a-kind brew. On Saturday, Feb, 8, 2014, a competition was held in the Dark Horse Beer Garten to determine who would have their beer featured in the taproom and the beer festivals throughout 2014. Live music featuring Dragon Wagon and amusing (and sometimes naughty) snow sculptures created by members of a national snow sculpting team provided entertainment. Sadly, Chuck and I couldn’t stay to hear the names of the winner’s announced (we had tickets to a Dave Mason performance in Brighton), but we were excited to read the winner’s names on Facebook on Sunday morning. We had our favorites and shrewdly cast our vote before we left. We only had one token!

Everyone participating in the event received one token to cast their vote for their favorite beer. The taproom staff were very creative in promoting their beer. 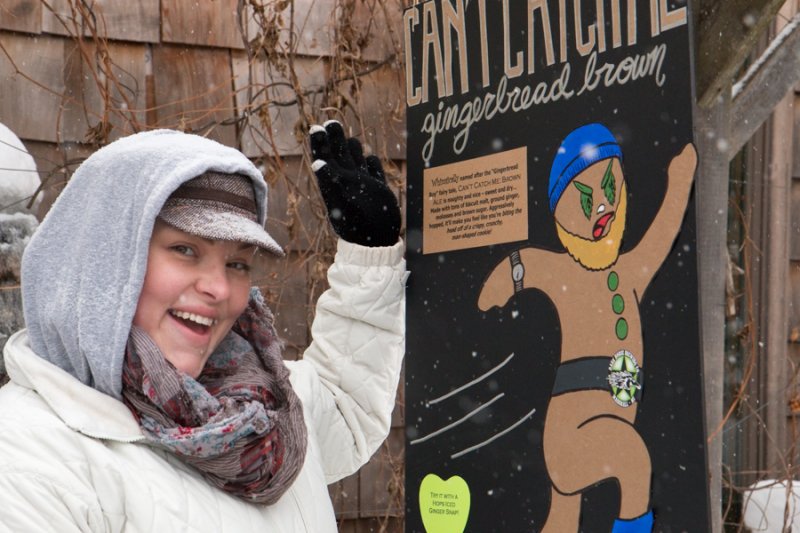 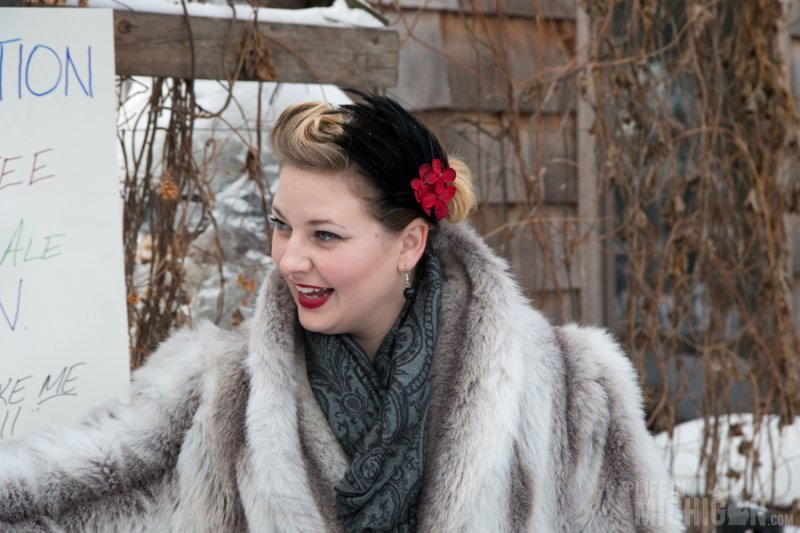 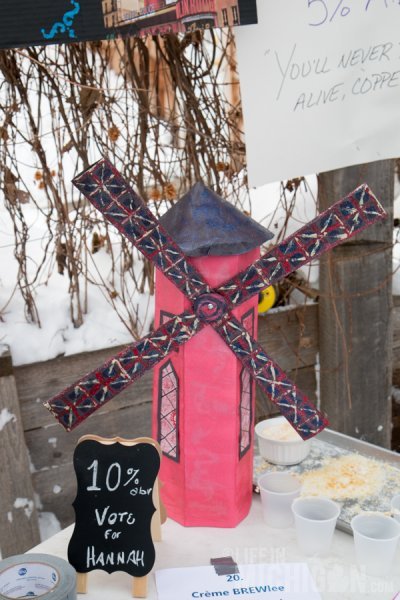 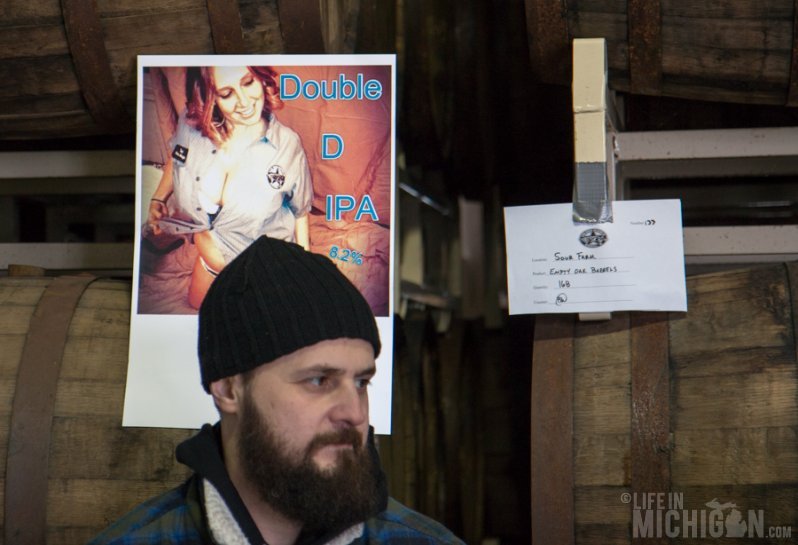 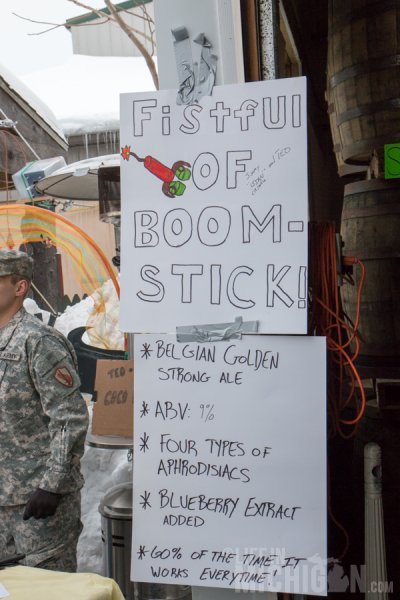 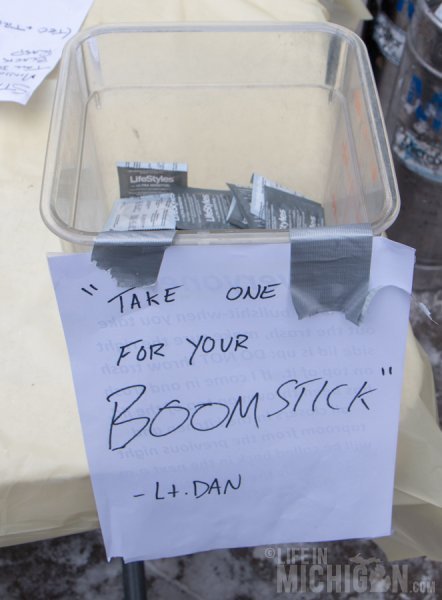 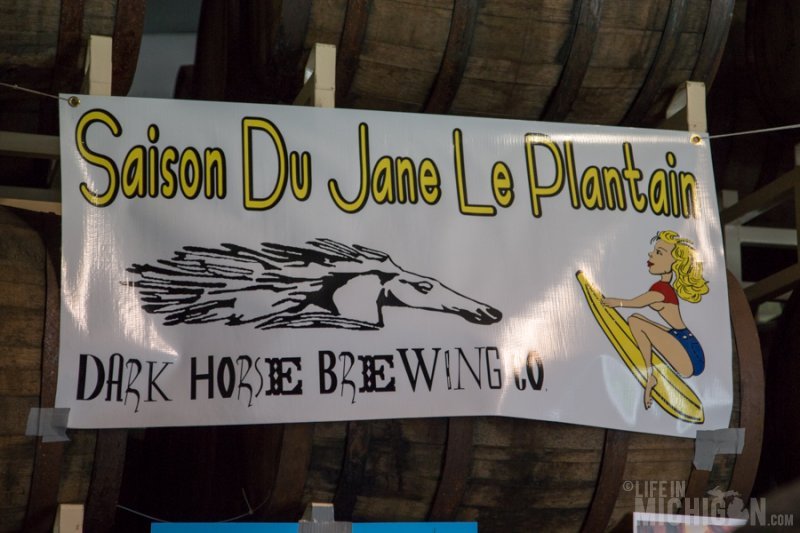 Yes, the snow sculptures were a little naughty but would you really expect anything different? 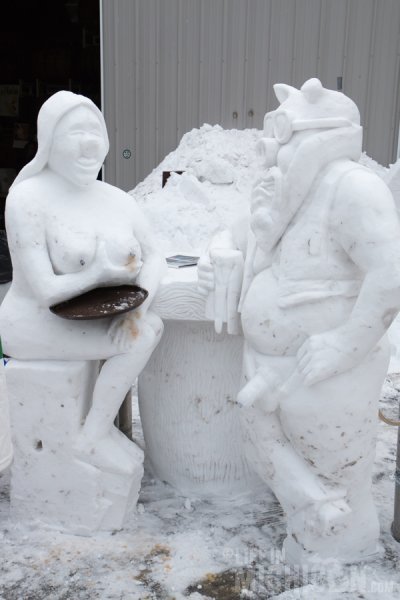 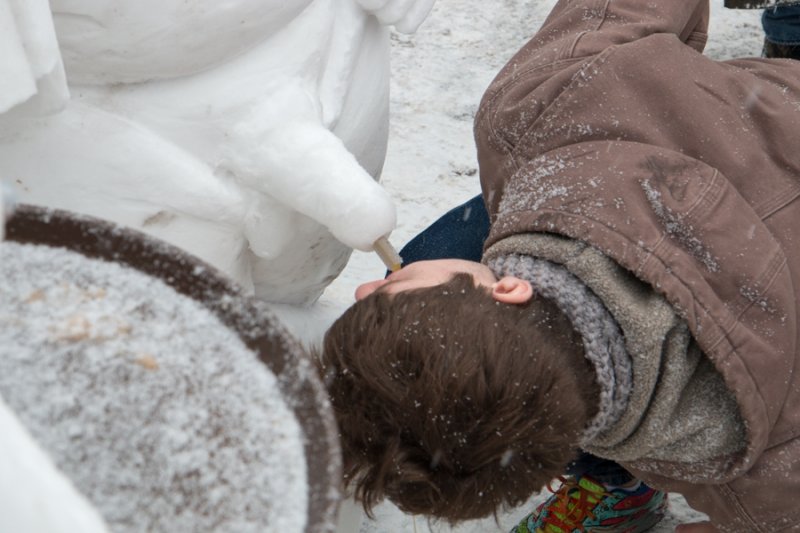 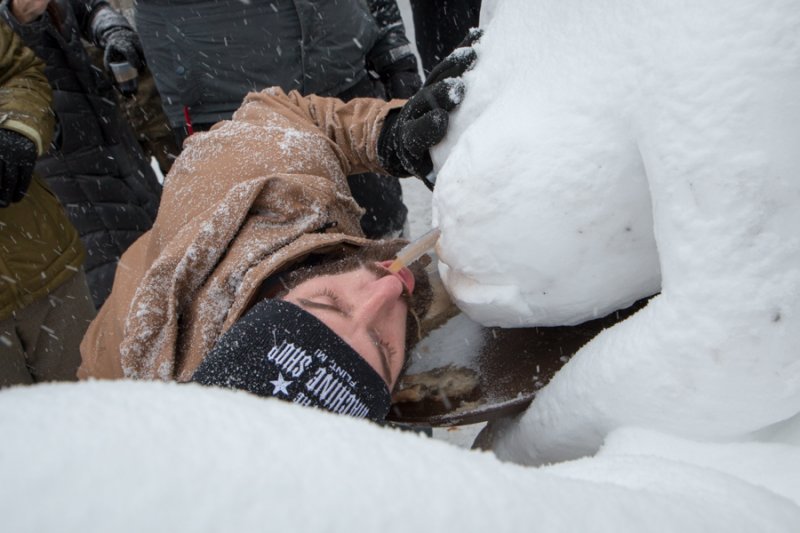 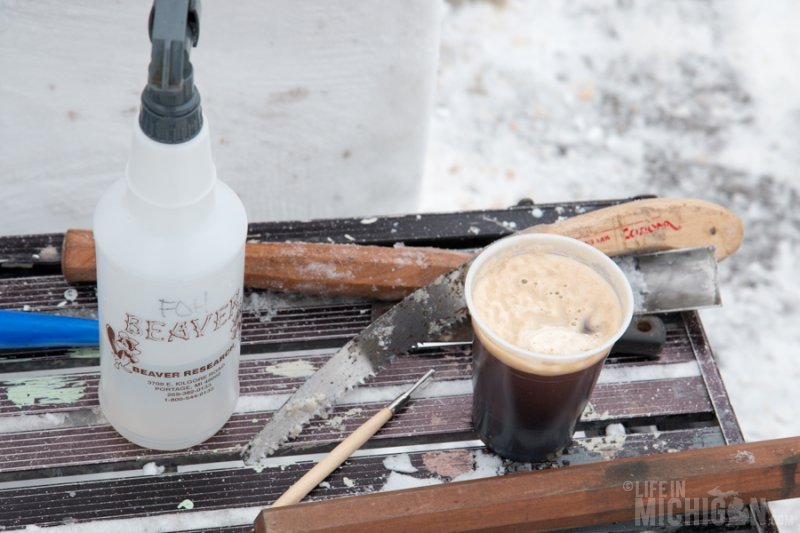 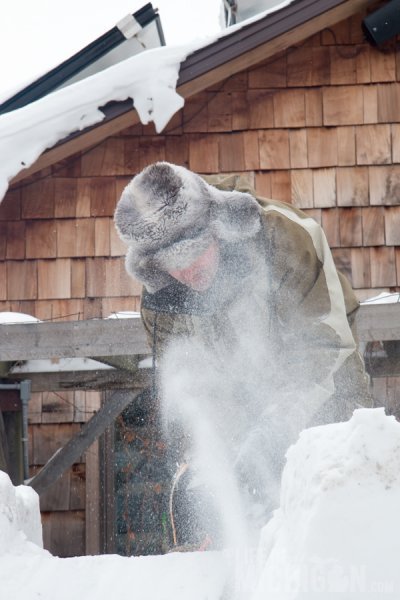 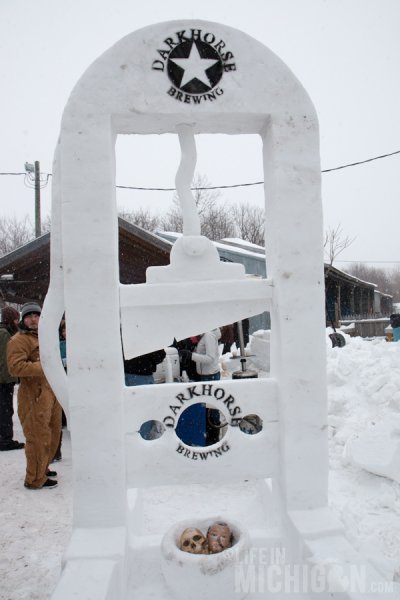 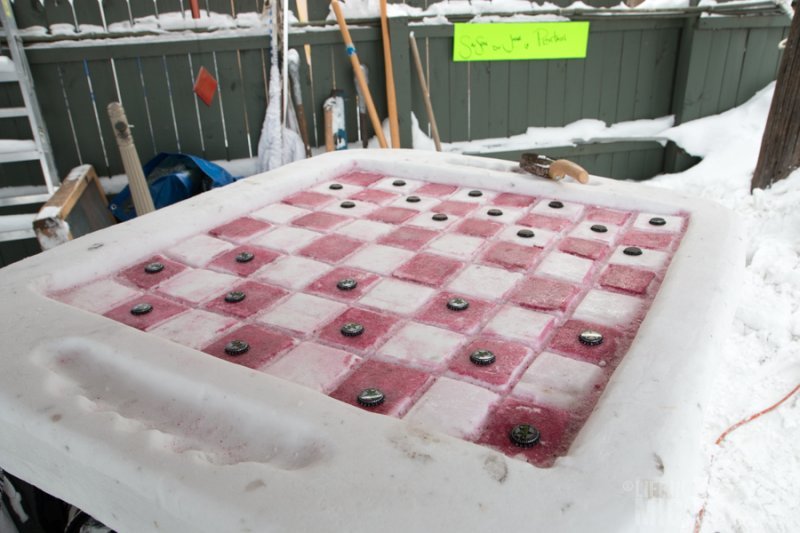 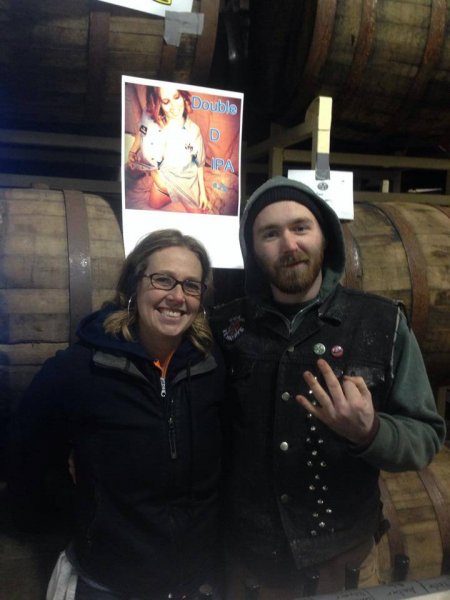 John and Wiggs with Freestyle IPA, 6.5% ABV – Classic American IPA with lots of hop aromas with a pleasant lingering bitterness that leaves you wanting more. 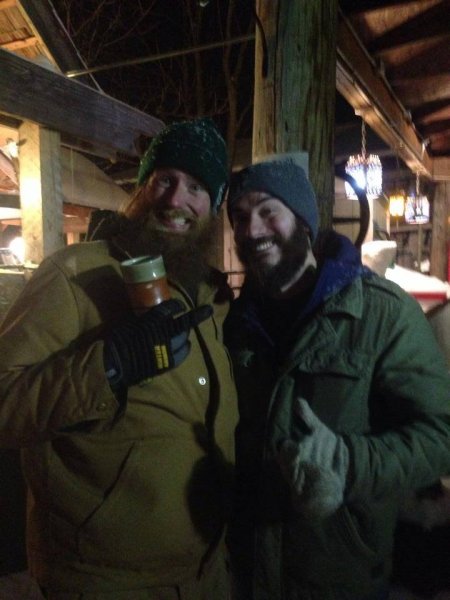 Stiff and Wiggs with Demeter’s Lament, 15% ABV – Imperial Brown Ale brewed with pomegranates and an extra PUNCH of winter. This beer will be featured on draft in the Taproom and at all MBG Beer Festivals throughout 2014! 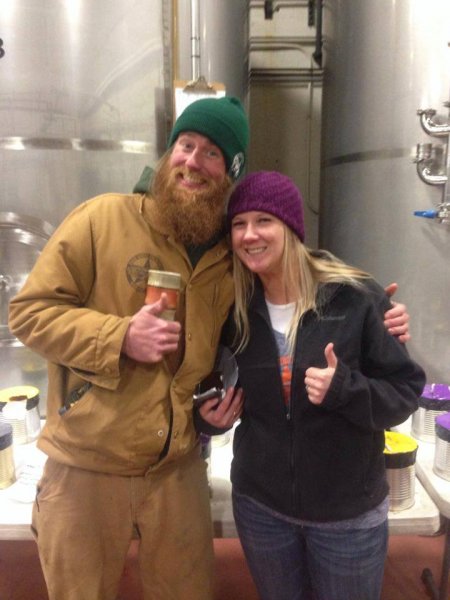 Congratulations Stiff! We really enjoyed your beer! And Chuck and I are looking forward to drinking more of it. We liked all the beers that won, but we also really liked Fist Ful of Boom Stick, and Grass Coffin. 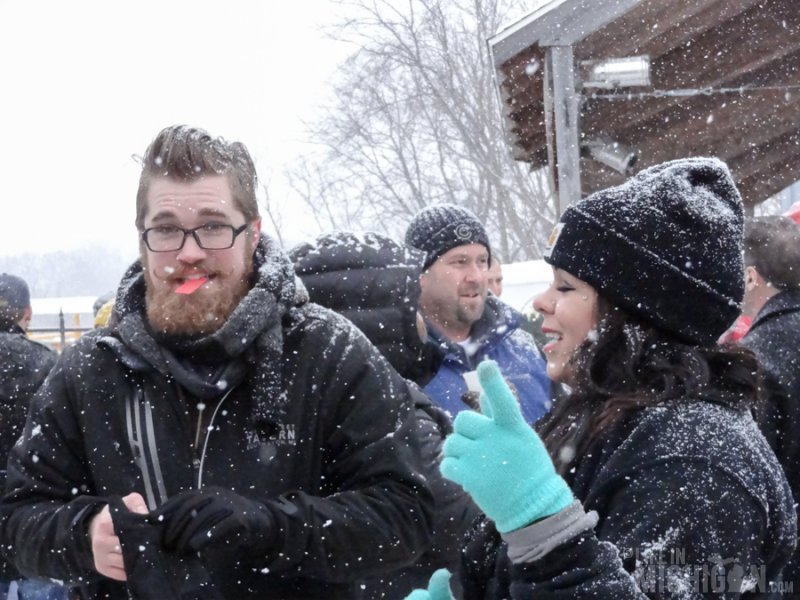 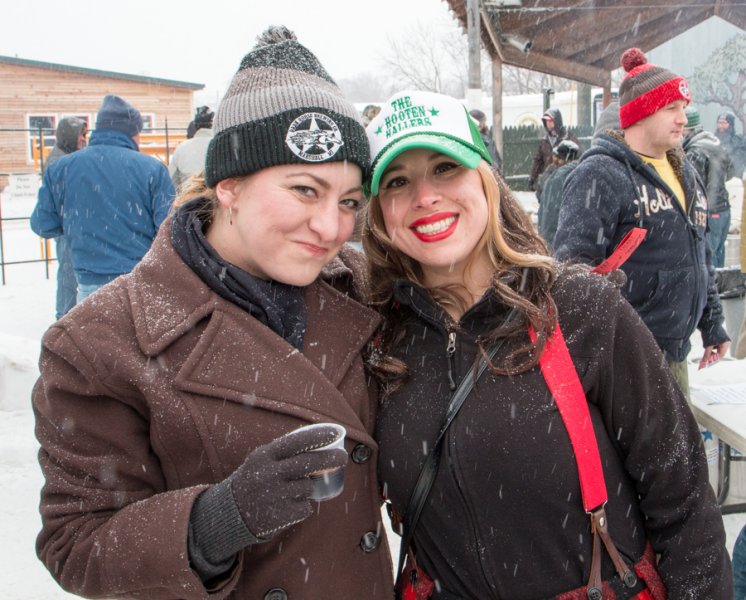 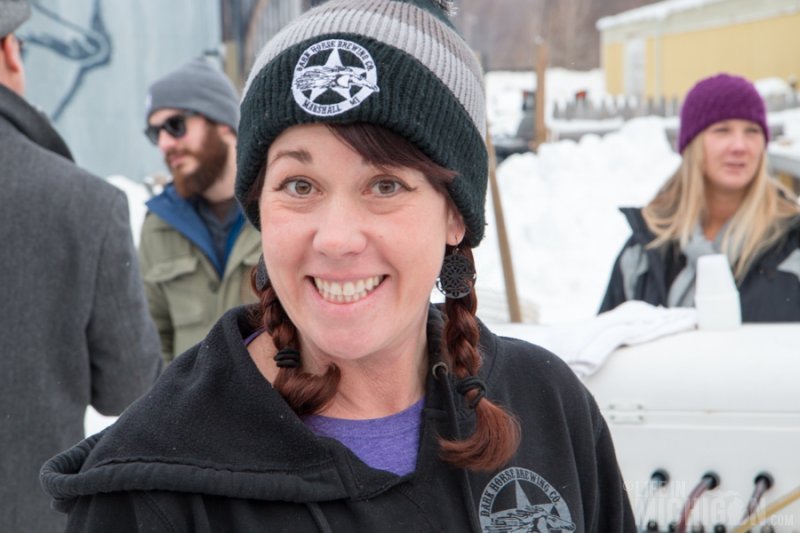 We have lots of photos in our gallery. Please check them out!