We celebrated New Year’s Eve Eve with the supernatural sounds of Billy Strings at the Flagstar Strand Theatre in Pontiac. 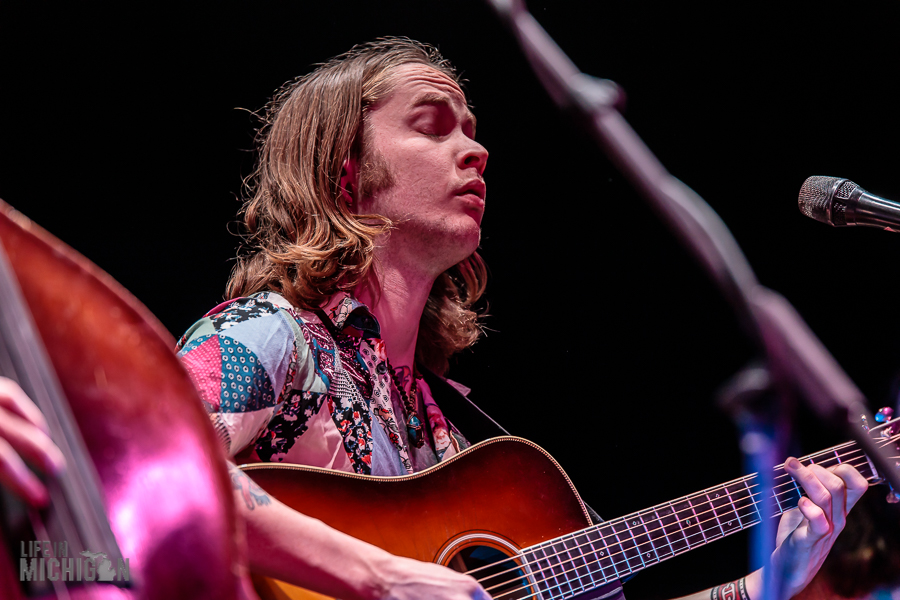 We honestly had not planned on being in the middle of Billy Strings three-night run at the Flagstar Strand Theatre in Pontiac. However, when I heard Ann Arbor’s 107one was giving away tickets, I gave them a call and won! It worked out nicely as we were coming back into town after a holiday trip to Frankfort, so why not spend New Year’s Eve Eve with Billy Strings. The kicker was that this show included the bluegrass bonanza of Mark Lavengood. Two awesome acts for the price of a phone call is my kind of deal. 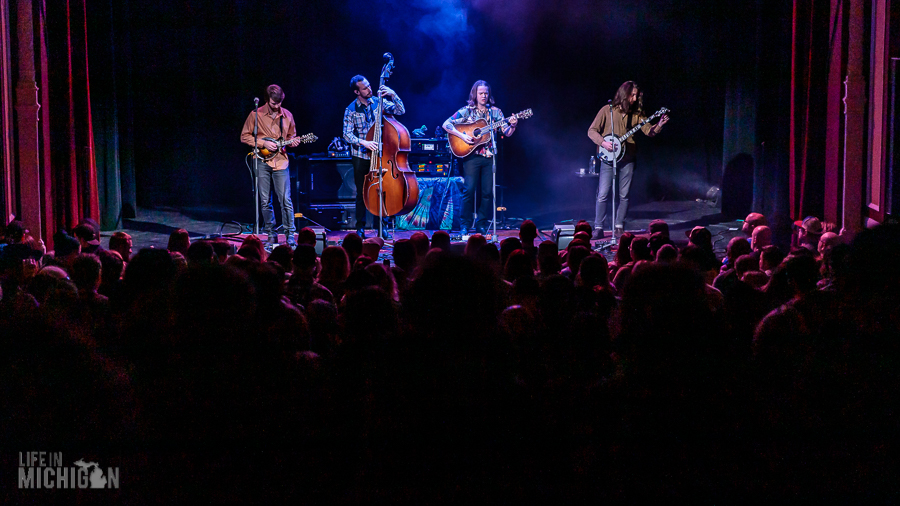 Crisis Averted at the Strand

We headed down early to enjoy the great food and rock-star beers at Fillmore 13 which is right across the street from the Strand. Next stop was the box office to pick up tickets and my photo pass. The photo pass was ready and waiting, but no tickets. Brenda spotted our name through the box office window in a basket, however, they were for the previous night. My mind raced thinking “Did I screw up the date? Oh no!!”. To the rescue were the great ladies working the box office. They said “You obviously had the today’s date as you arranged for the photo pass” and gave someone a call. A minute later she told us “You are all set, give us a second”. They snagged us a couple of tickets up in the mezzanine which were still up for grabs. The evening was looking bright. 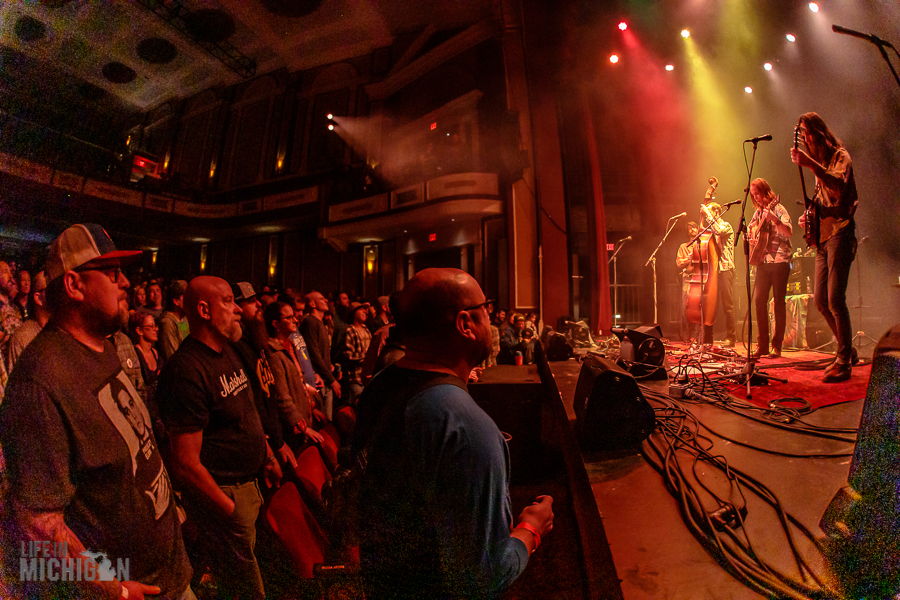 After that close call, we stopped into the theatre bar for a beer. Sadly, I failed to capture some good shots of the theatre itself which is a shame. The restoration is fantastic and space is outstanding. In a way, it is like a small Fox Theatre (in Detroit). The lighting and sound are top shelf. Actually, I’d say the light and sound are cream of the crop. What makes this theatre shine is the staff. Everyone was extremely friendly and helpful. You can go to some venues where folks can be a bit indifferent or rude. Not at the Strand. I will look forward to seeing more shows here.

If you have had the pleasure of meeting Mark Lavengood in person, you know that the man and his music are one. His smile is a mile wide and his hug will squeeze a purr from you as he tries to transfer all his good humor to you. His warmth and joy blast off him in waves and you can’t help but feel fantastic. Like you, out of all the millions matter most at that second in time. This is the same effect he has with his music. When you see him smiling and singing on stage, you feel like he is playing for you and speaking with you. 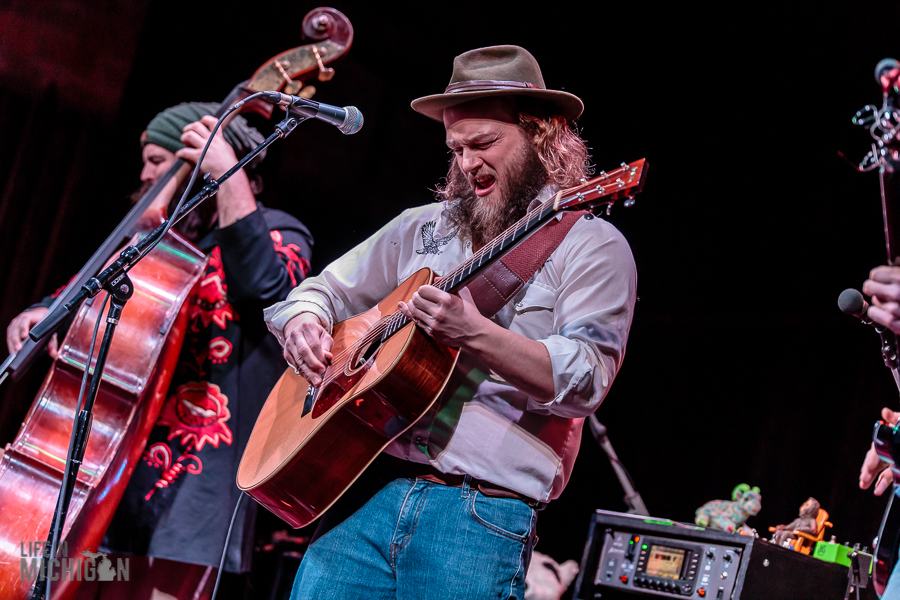 The power of music that finds its hearty roots in the living earth of bluegrass, is the resonance of honesty. I suppose when I think about it, honesty in the music and particularly in the performance is the key to the music I enjoy. There is no way to play this music with a heart that isn’t full of life and compassion. 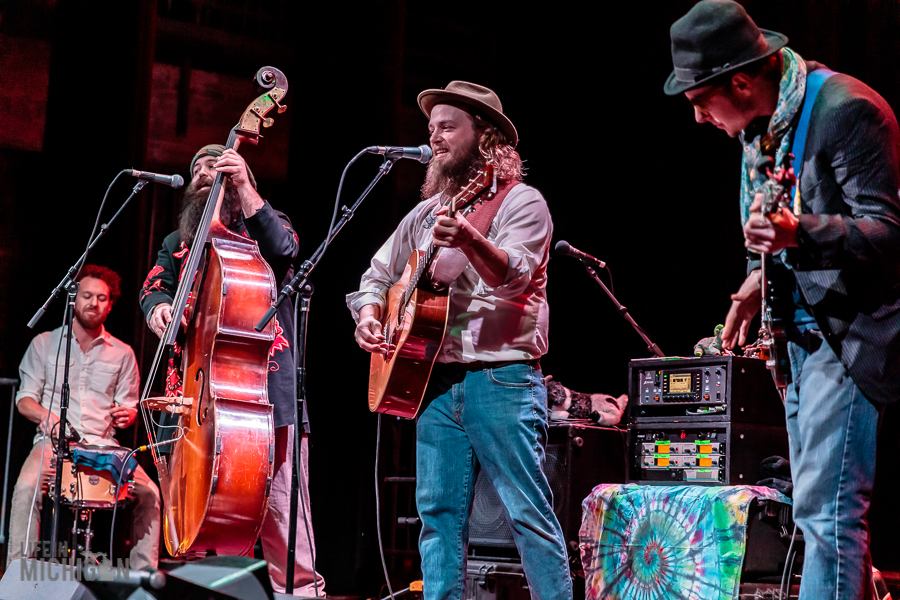 This is why when Mark Lavengood played “Three Days Blow” and “Ol’ Slew Foot” at the Strand, I grinned at the sincerity of his performance and the gorgeous soul within. Helping Mark add dynamics and body to his music was Justin Avdek (bass) and Dutcher Snedeker (keyboard) from Earth Radio, Scott Pellegrom (drum), and Tom Wall (guitar) from Cosmic Knot. 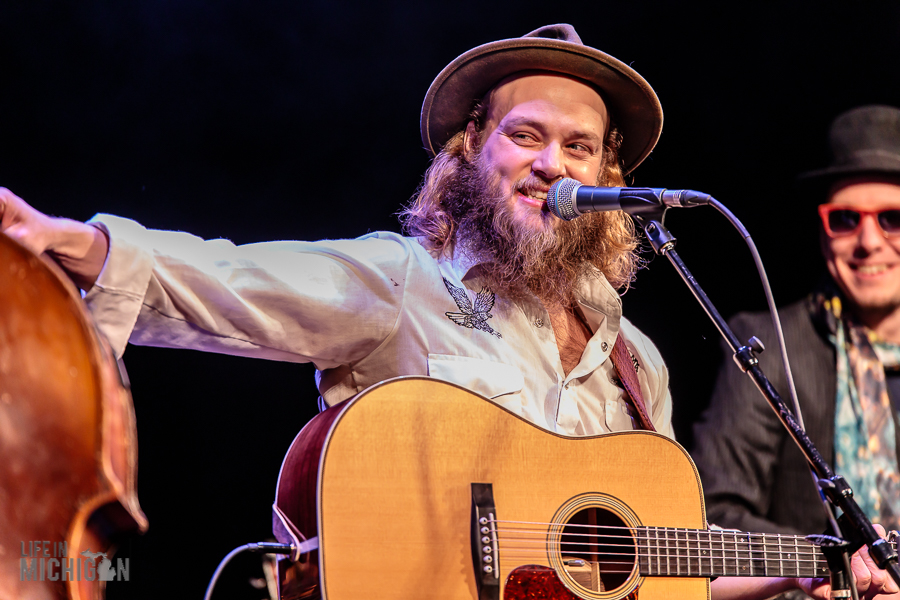 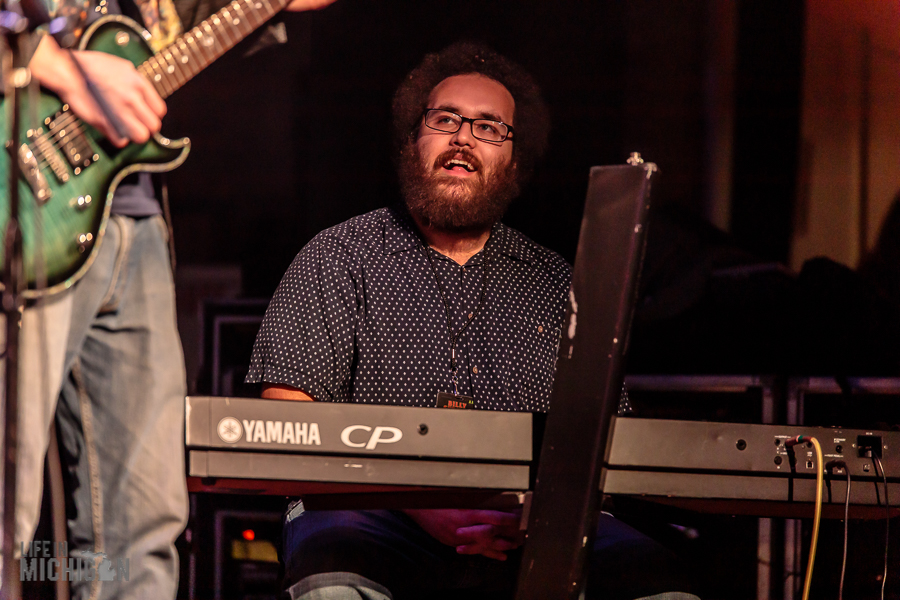 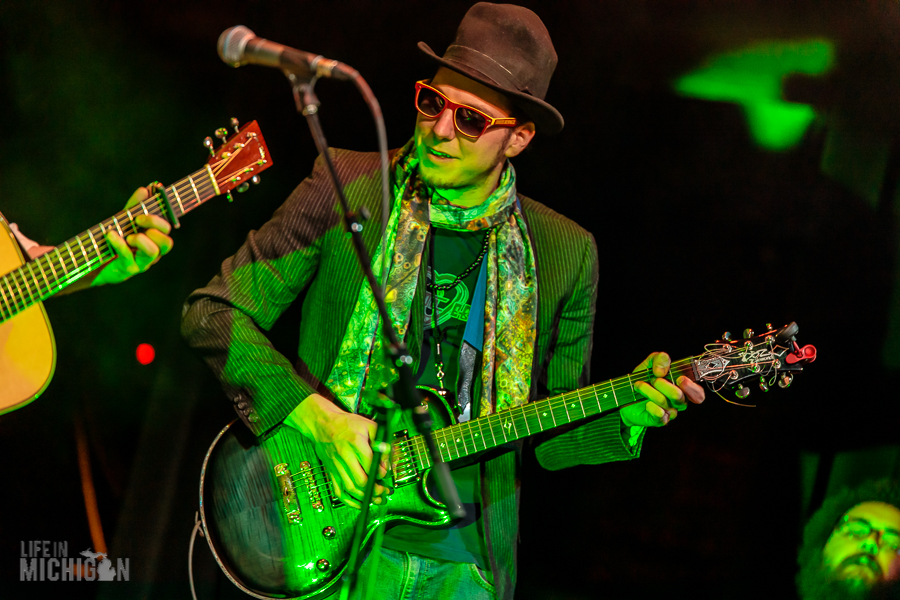 Hearing Mark with a full band is a treat. His guitar playing is rich and expressive on its own. Yet when you add this bounding, bubbling, and humming array of musicians with their fingerprints on each song, you’ve got a meal. The cover of Bruce Springsteen’s “Hungry Heart” was bursting with emotion. Mark capped off a deeply satisfying show with Billy String’s joining him for “Sliding Rock”. An awesome song played by awesome people. Drop by the gallery for more pictures. 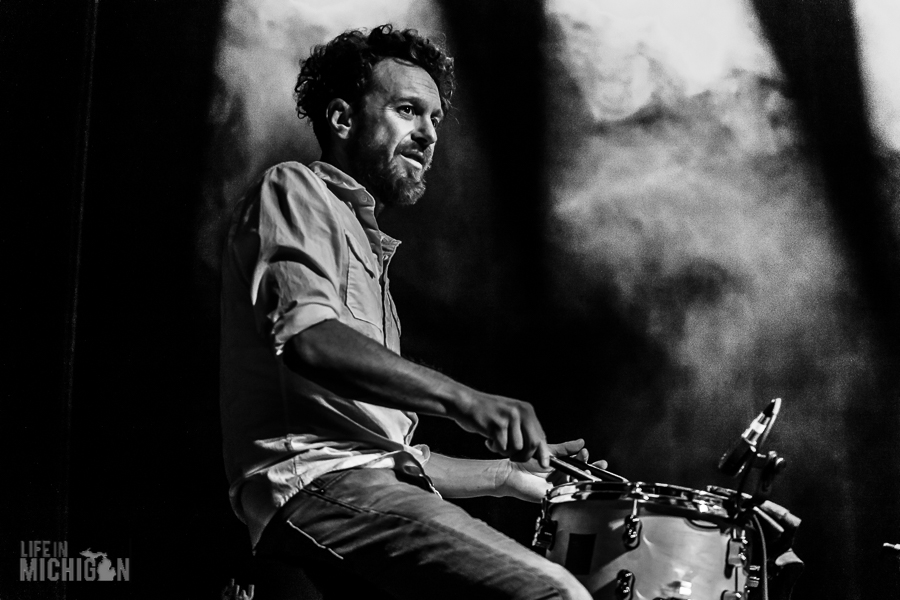 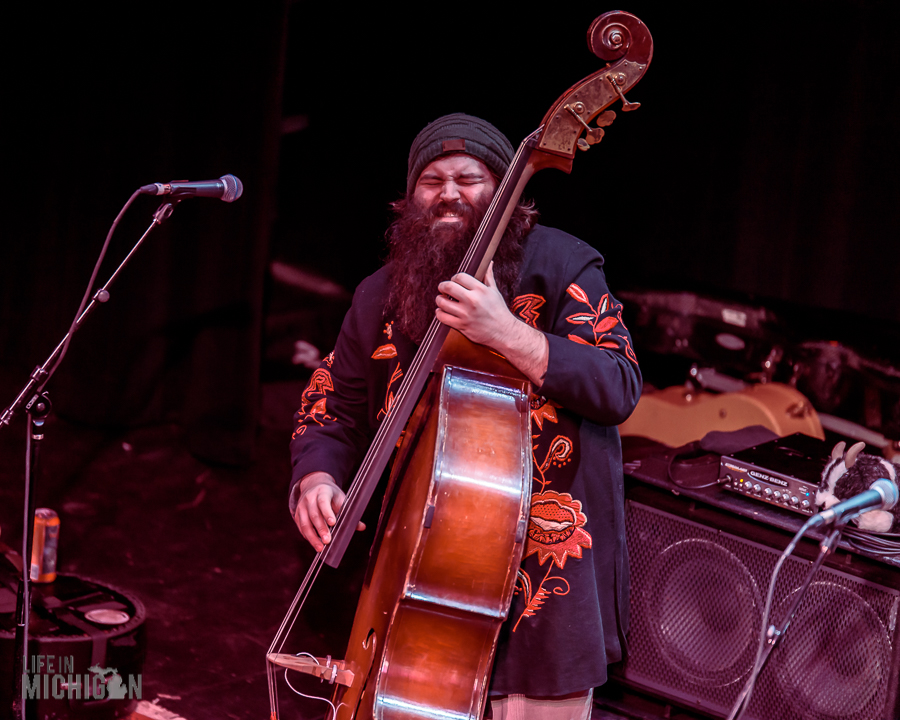 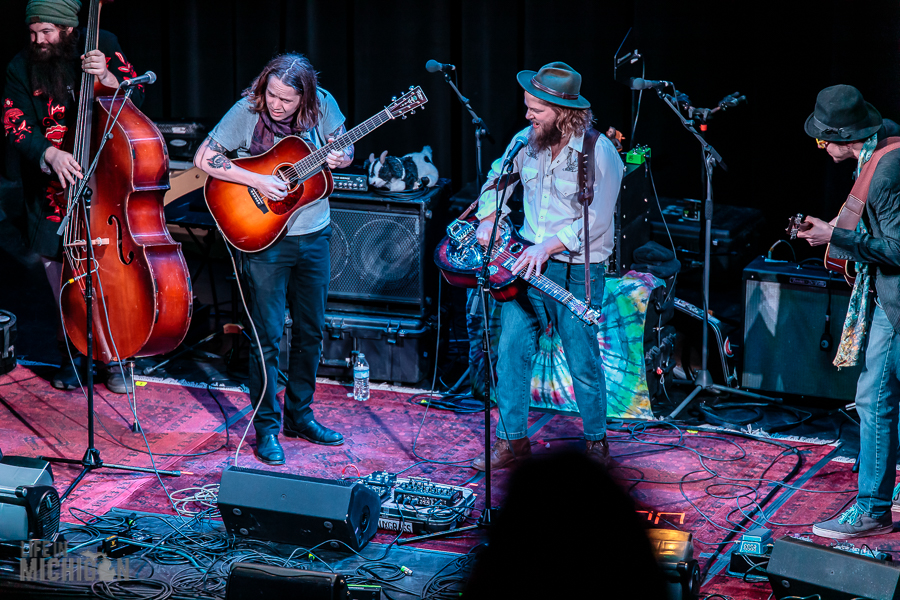 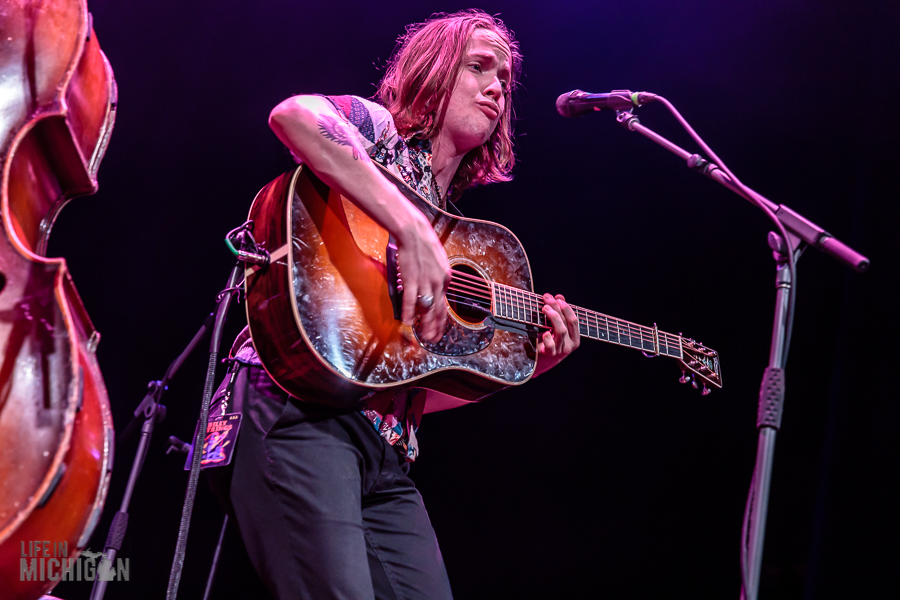 I don’t know if I have written it down before, but bluegrass is the heavy metal of roots/country music. In particular, the ripping jams that Billy Strings is known for. The power, the fierce energy, hell the headbanging as the band races like a river down a mountain; my friends that is metal. I love metal music and I love the music of Billy Strings especially when the band is firing hard and effortlessly as they were during the 2nd night of their three-night stand at the Strand. May not be the most professional review you are going to read, but damn if it isn’t true. Billy along with Billy Failing (banjo), Jarrod Walker (mandolin) and Royal Masat (bass) were a single entity guided by the fervid essence of bluegrass. 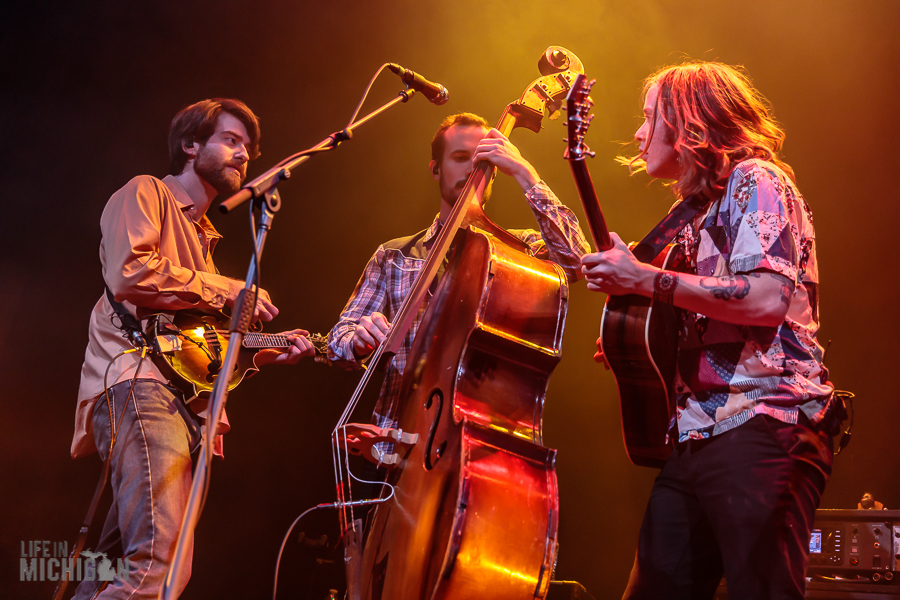 I found it fun that Billy Strings thinks of bluegrass as metal music as well. Take a minute a minute to read the recent article in Rolling Stone about Billy. Don’t worry, I’ll wait right here for you. I also dug the “Strings and King” combo with Billy and the band jamming with Marcus King. These young men are making music that will be remembered for years to come. Damn, it is a good time to be alive people! Note to Billy’s management, a tour with Marcus with a couple stops in Michigan would be dynamite. 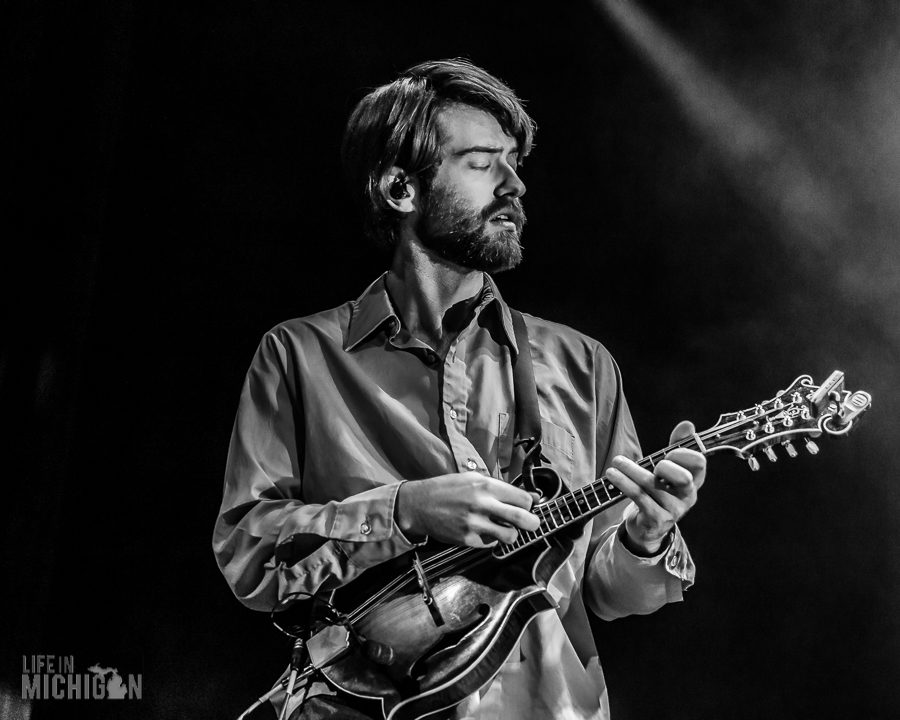 Shimmering Music at the Strand

I mentioned in my last review of Billy Strings show for Thanksgiving at the Intersection that their performance filled me with joy and authenticity. It was the same and more with their performance at the Strang. As with Mark Lavengood, the Billy String’s band plays with all of their hearts. When they played “Lonesome LA Cowboy” by New Riders of the Purple Sage or the classic “Bird Song” by the Grateful Dead or “Dealing Despair”, the music rippled and shimmered with emotion and adoration. 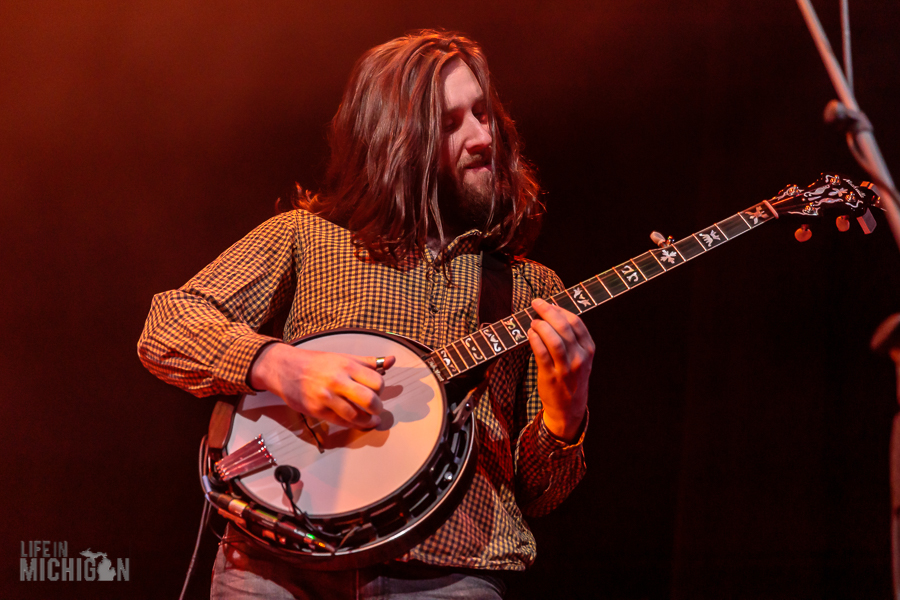 One small drawback with the Flagstar Strand Theatre was having room to move. The crowd spilled out of the rows and into the isles in a swaying surf grooving with Billy and the band. As with the mosh pit at a metal show, the music at a Billy Strings show hits you like a bolt of lightning. Moving fans oscillated in time with the waves of sound in a cosmic blending of time and space. Stop by the gallery for more pictures. 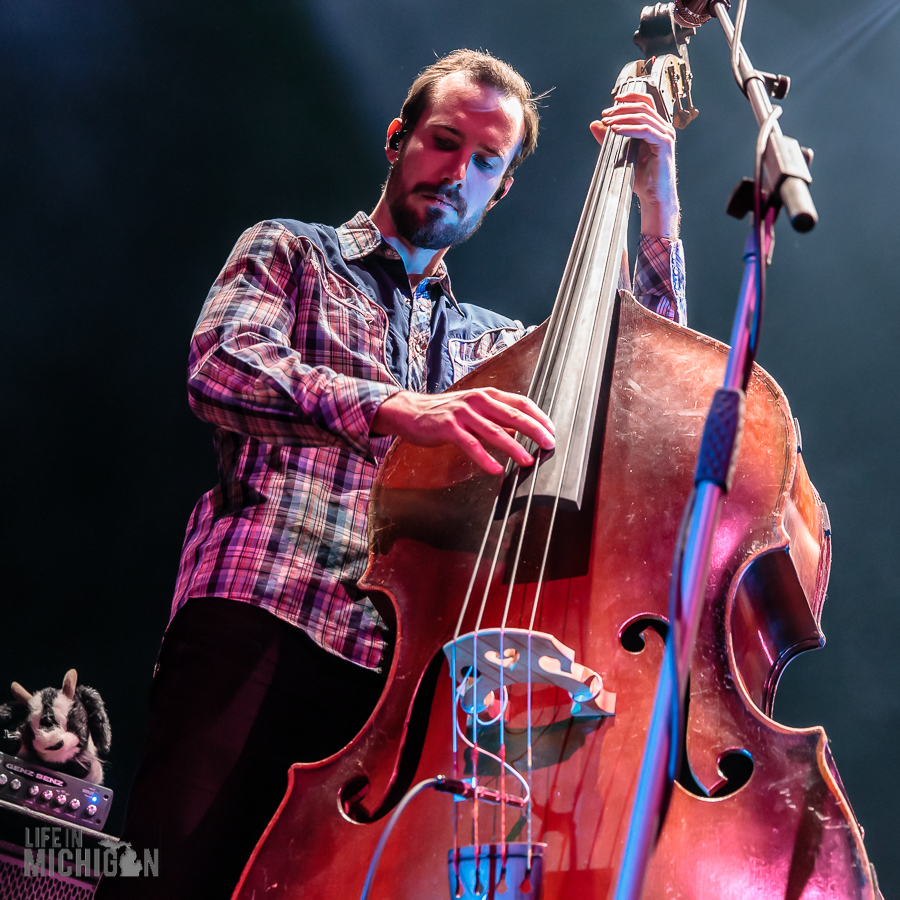 After a short break, Billy Strings came out for the second full set of the evening. I had a new level of appreciation for the musicians who can play as one over two hours a night and not play the same song twice. Billy Strings blended the classics such as “How Mountain Girls Can Love” by the Stanley Brothers and the homegrown perfection of “Turmoil and Tinfoil” without a hiccup. During the second set, Mark Lavengood came out to add his own bold brush strokes on the canvas of this evening. Billy and the band closed out the show with a moving rendition of John Hartford’s “Steam Powered Aeroplane”. 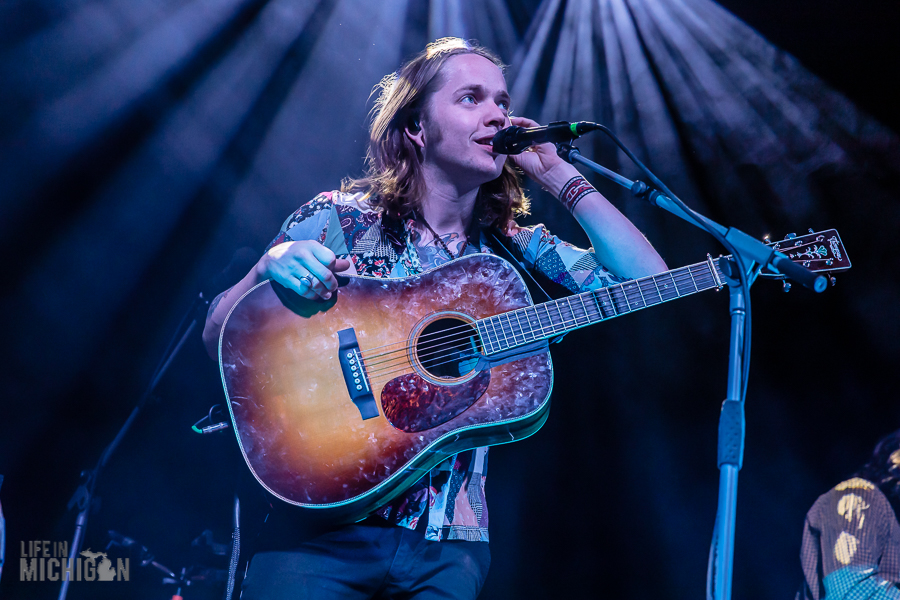 Billy Strings at the Flagstar Strand Theatre in Pontiac was everything we could wish for and more. The band was as usual perfection in motion. This show allowed us all to forget our troubles and shine with bliss. As a side note to Billy, instead of teasing a bit of “Schism”, let’s go full-bore and jam “The Pot”. Just saying, that would shake the foundation of the universe. 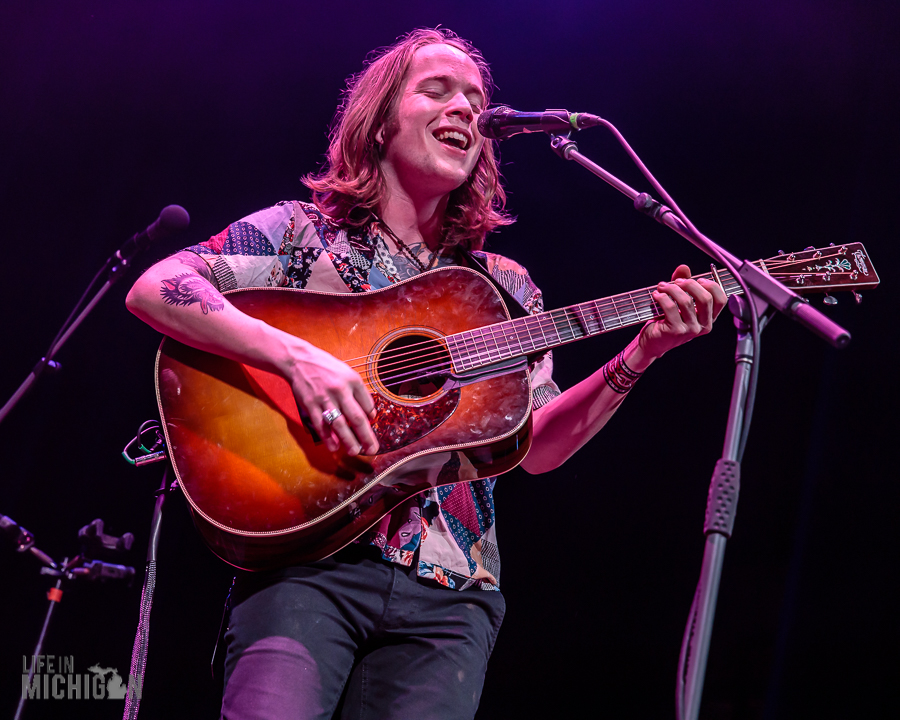 We hope you were enthralled with our tale of Billy Strings New Year’s Eve Eve show at the Flagstar Strand Theatre in Pontiac.  If you enjoyed the story, then share it on your favorite social media venue or send it as a link to your friends and family. This is good for everyone!