No Frills, All Thrills Trail Race

Its Not About the Frills, Its about the Trail!

The 2013 racing season kicked off today with the Brighton Area Road Striders (B.A.R.S – how great is that! ) No Frills, All Thrills trail race in the beautiful Huron Meadows Metropark.  This race is a fund raiser for Girls On The Run in Southeaster Michigan which is such a great way to promote health and wellness for young girls through running.  We had four team members  (Anne, Jeff, Brenda, and me) from our Dances With Dirt team (Ann Arbor’s Dark Horse Nation :).  Our friend Lynda had other obligations, but she was with us in spirt!

We all had hopes of a nice SPRING run.  Keyword being SPRING!  However, I think the woodchuck lied, as it was down right COLD!  We arrived early to get a good parking space, and spent most of the time in the car staying warm and enjoying some pre-race chatter amongst ourselves.  With 20 minutes to race time, we decided it was time to get our butts outside, take care of the necessaries, and try to get warmed up.

Brenda and Anne were all smiles before the race. 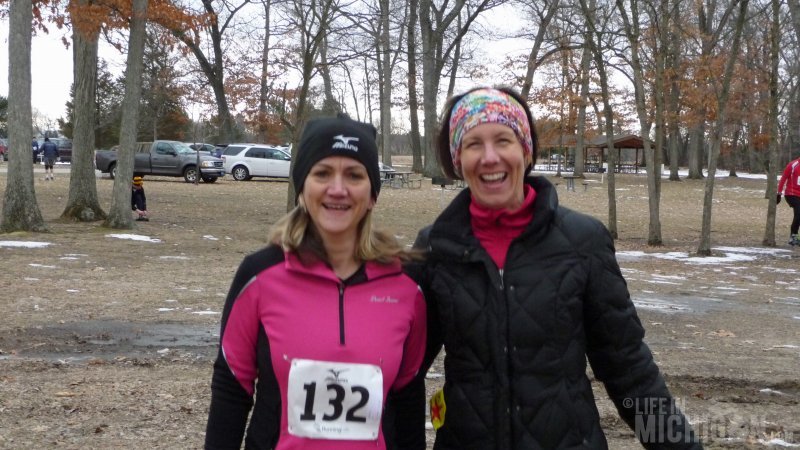 The coveted Gold, Silver, and Bronze shoes were on display.  Sadly, only the fast folks get to take these home. 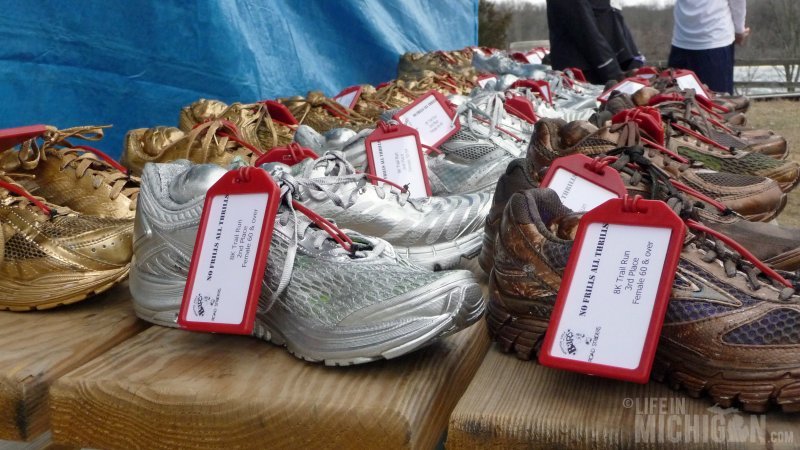 I’ve been working on hip mobility as part of my everyday training.  Before I run, I’ve been doing a series of movements to wake up the hips and get them ready to run (see here for more info in you are interested).  Anyway, I wanted to do some of these before the run.  One move, called Mountain climbers (where you are down on your hands and feet, think push-up position, and drive one foot at a time toward your hand) is really good for getting warmed up.  Well, in a kilt, I guess this makes for a special show!  Brenda was beside herself with the fact that I was doing these in public.  Here I am doing a slightly less controversial movement in a kilt. 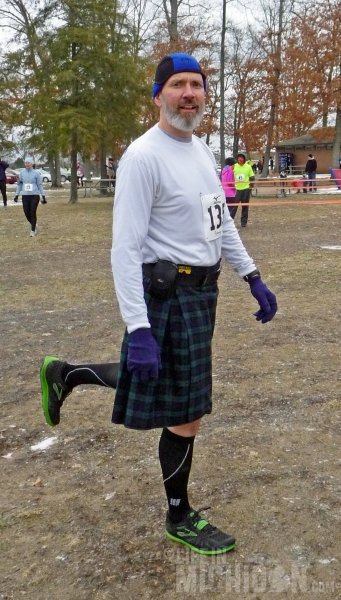 The Huron Meadows Metropark is actually very scenic, even if the weather wasn’t cooperating today. 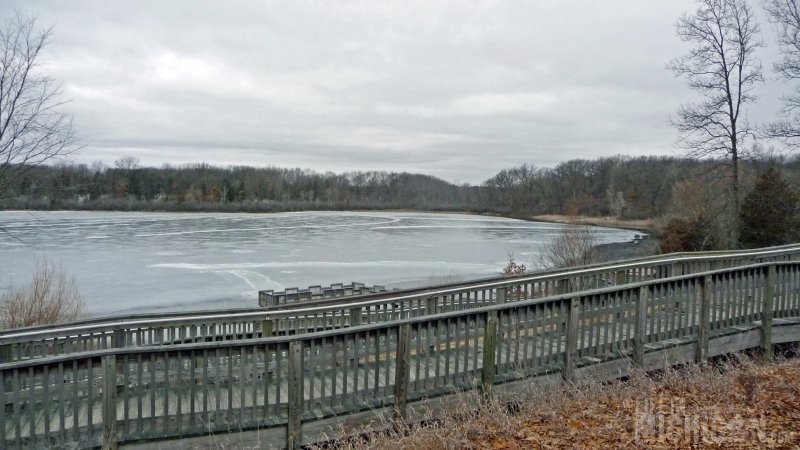 I brought a camera along on the run and got a quick picture of all the hardy runners heading out at the start of the race. 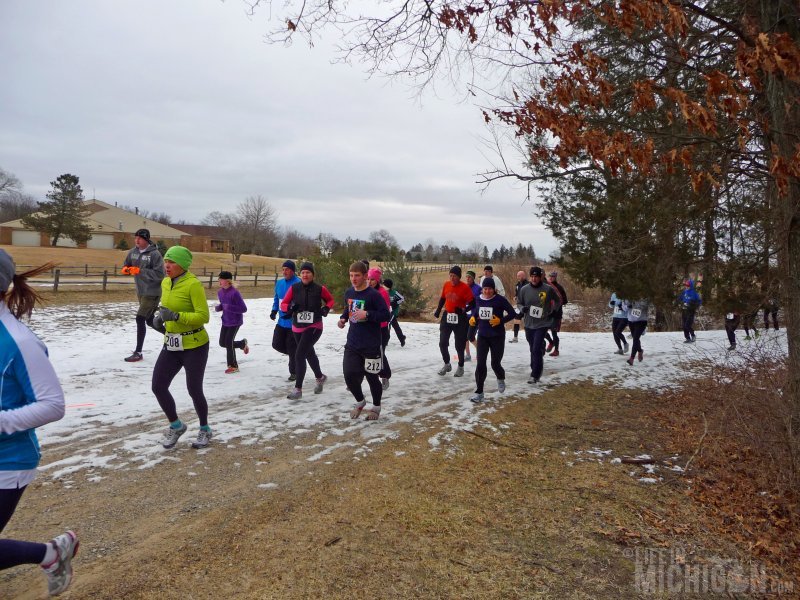 I had intentions of taking more pictures along the course.  However, I got pretty focused on running hard and also not falling on my ass.  You can get a sense for the course layout and elevations from the data my Garmin capture here.  In general, the course was as described on the web site.  Gentle rolling hills and a nice wide trail, so there is room to pass if you are feeling so inclined.  It was actually a blessing that it was so cold, as it kept the trail firm.  Otherwise, this would have been a very slippery mess.  The biggest obstacle was really the ice.  The frozen trail did make for some interesting running, especially in this open field section, where the turf was in clumps.  Talk about an ankle workout!  There were also tractor tire marks from a trail groomer that were kind of tough to negotiate too.  I was working hard most of the run and doing pretty good, until my right calf decided to cramp up on me!  The last mile was a shamble as I hobbled along.  It was made even better by having the biggest hills on the course right in the last half mile.   Good grief!

Anne had been following close behind me during most of the race and surged ahead in the final mile.  She was running strong and relaxed.  Turns out that she is one of the fast folks, as she won the coveted Silver Shoe in her age group!!!  We were all so happy about her fantastic accomplishment. 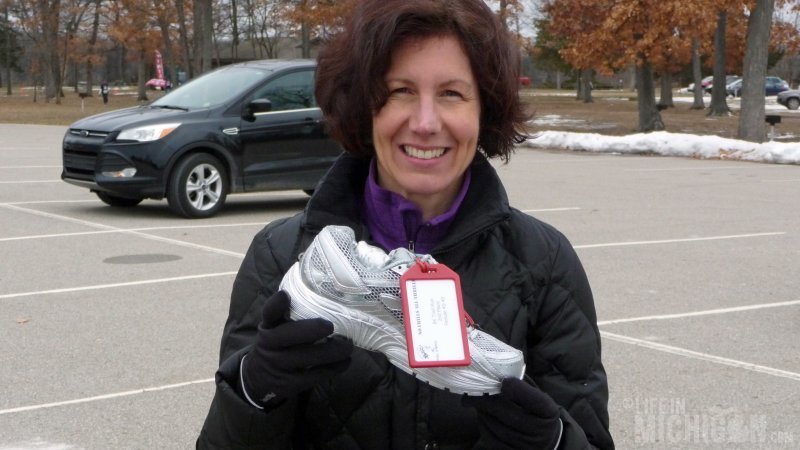 After a quick change of clothes, we headed over to Banfields West Side Grill in Ann Arbor for beer and food.  I mean, aren’t beer and food half the reason we really run?  Come on…be honest! Bell’s Best Brown was on special, and tasted as great as it looked. 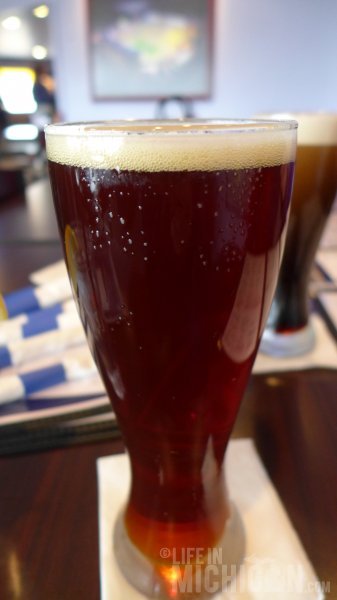 The Guinness also looked good too! 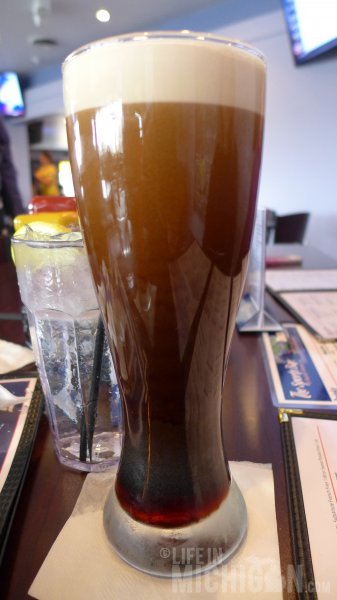 We hung out for the first half of the Michigan vs. VCU basketball game and then headed home.  Its always fun to share a run with friends, no matter the weather!  Thanks much to my running buddies for making this run great!  Check out the gallery, f you want to see all our pictures from the No Frills All Thrills trail race.