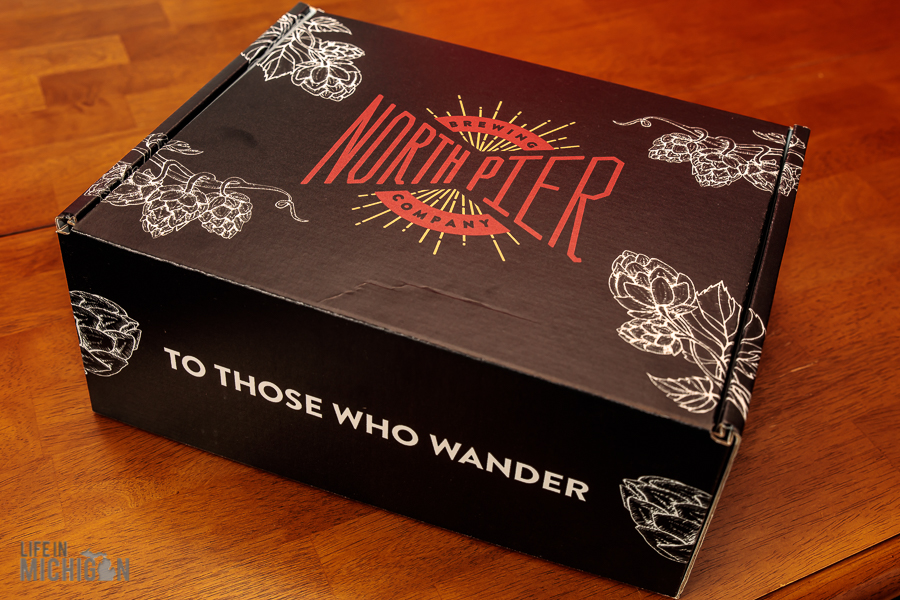 Don’t you love it when you get a special care package in the mail? It is even better when that care package contains some damn tasty beer! After sampling some of North Pier Brewing Company’s fine Belgian inspired beers at the Detroit Fall Beer Festival, we ended up chatting a bit and exchanging business cards. The next thing you know; we get a message from North Pier Brewing asking if they can send us a few beers to try out. Well, hell yes was the answer of course. Not long after, we arrived home to find a package had been delivered. Inside we found this majestic gift box. 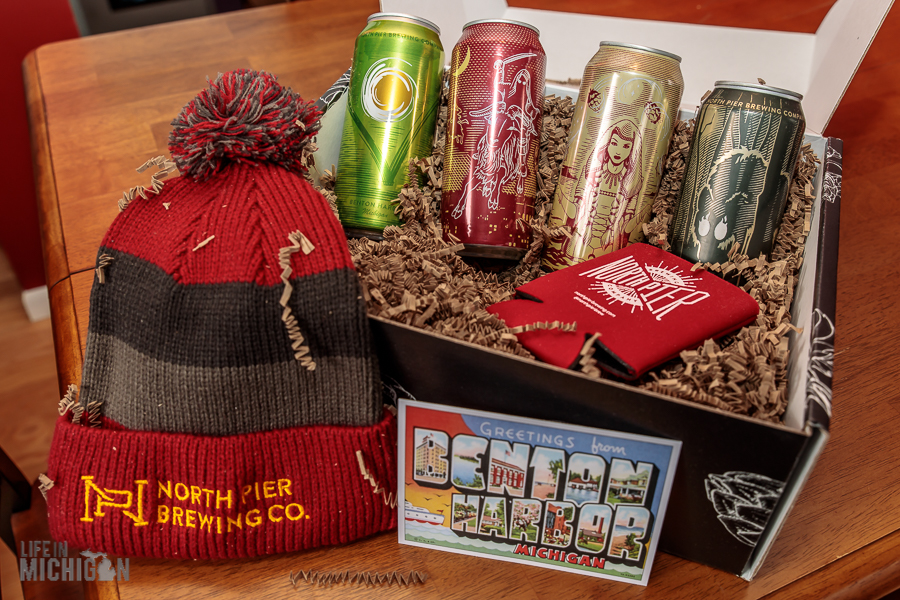 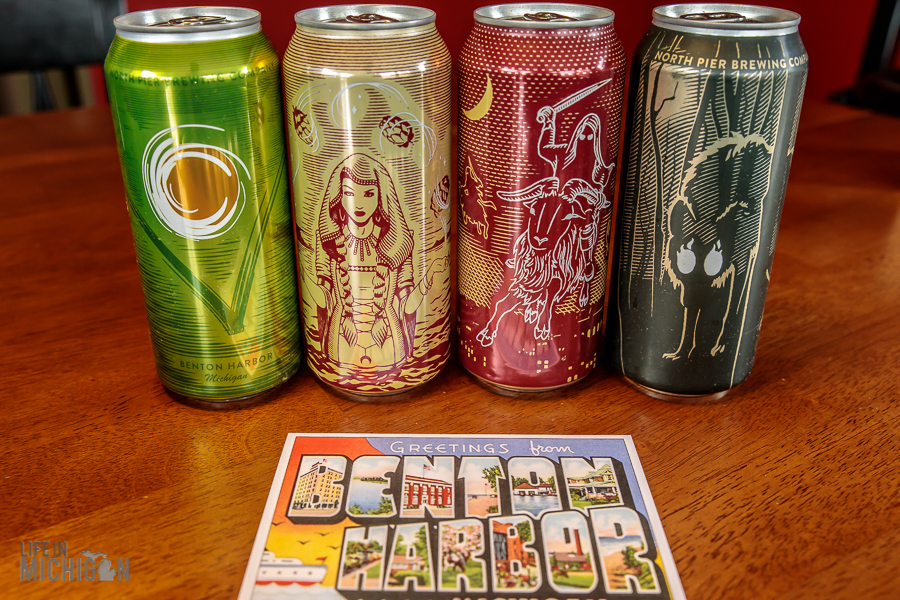 Old Shuck is the newest in North Pier Brewing’s line-up of canned beers. Since a dark porter seems to call your name during the long nights of winter, we popped open this one first. This beer looked dark and mysterious. It turns out it is a damn fine beer. Rich roasted malt aroma and medium body. It tasted outstanding and I was a wee bit sad when it was gone. 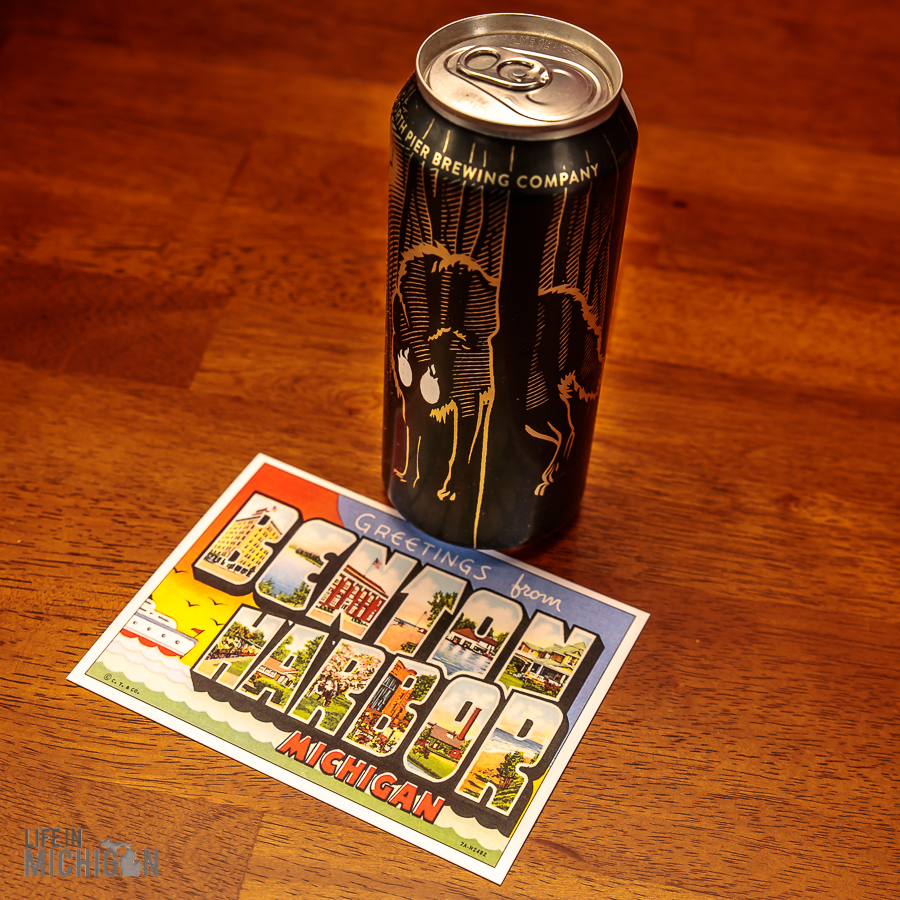 Stories behind the Beer

Many times I’ve wondered how a brewery comes up with the names for their beers. Many are obviously humorous puns, but a few can be head scratchers. In the case of North Pier Brewing, they provide a little story behind the name. For example, Old Shuck is a ghostly black dog that haunts the coast and countryside of East Anglia (east region of England).

Now I could be a little weird, but reading this little snippet of info on the can of “Old Shuck” incited a flurry of typing into Google to learn more about Old Shuck. Turns out for centuries, there have been tales of a large black dog with huge flaming eyes. The stories vary as to the intent of Old Shuck (also known as Black Shuck). Some say Old Shuck is a bringer of ill omen and death, others that it protects women alone at night. 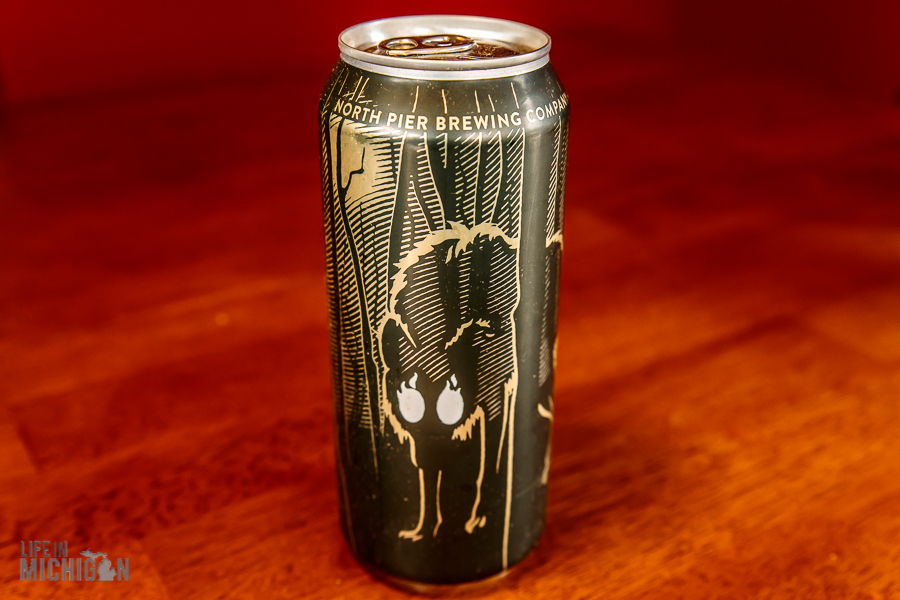 One story from 1577 tells of Old Shuck running amock in churches of Bungay and Blythburgh in Suffolk, England. The following is from Wikapedia:

On 4 August 1577, at Blythburgh, Black Shuck is said to have burst in through the doors of Holy Trinity Church to a clap of thunder. He ran up the nave, past a large congregation, killing a man and boy and causing the church steeple to collapse through the roof. As the dog left, he left scorch marks on the north door which can be seen at the church to this day.[12]

The encounter on the same day at St Mary’s Church, Bungay was described in A Straunge and Terrible Wunder by Abraham Fleming in 1577:

This black dog, or the divel in such a linenesse (God hee knoweth al who worketh all,) running all along down the body of the church with great swiftnesse, and incredible haste, among the people, in a visible fourm and shape, passed between two persons, as they were kneeling uppon their knees, and occupied in prayer as it seemed, wrung the necks of them bothe at one instant clene backward, in somuch that even at a mome[n]t where they kneeled, they stra[n]gely dyed.[13]

Truth can be stranger than fiction. In 2014, archaeologists uncovered the remains of a 7ft dog at the site of an ancient abbey in Suffolk. Could the legends of Old Shuck be true? (Cue theme song from the X Files). 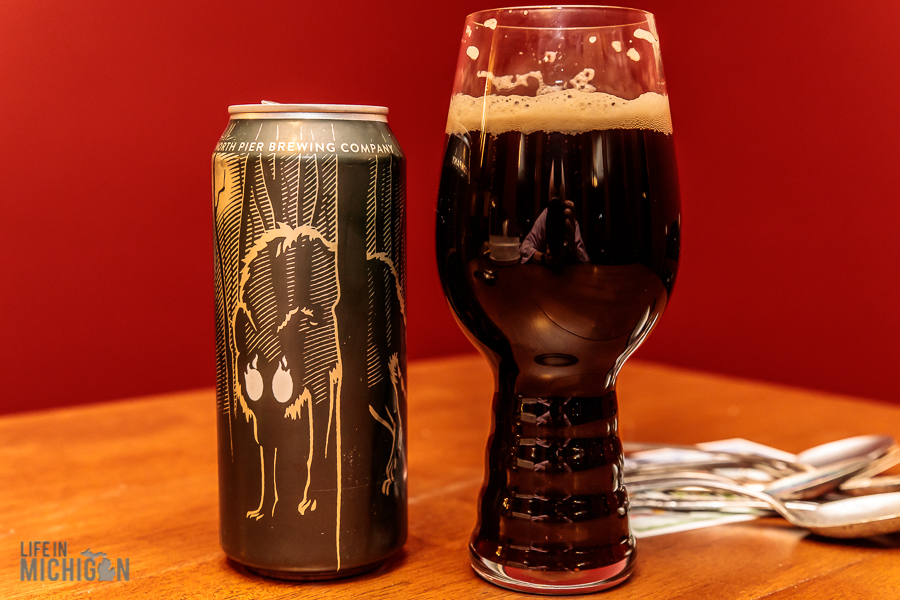 While the name Old Shuck may conjure images of terrible black dogs, the beer from North Pier Brewing is quite benevolent. The Buckrider (yet another scary story) is equally enjoyable with hints of Belgian yeast and a great hoppy character. I’m looking forward to enjoying more of North Pier Brewing Company beers. If you happen to be in Detroit on January 26th, you can give them a try at 8 Degrees Plato located at 3409 Cass Ave. If you are on the west side of the state, pop over to Benton Harbor and visit their taproom. We are going to head over to the fridge to pop open the Happy Guy and The Conjurer 🙂 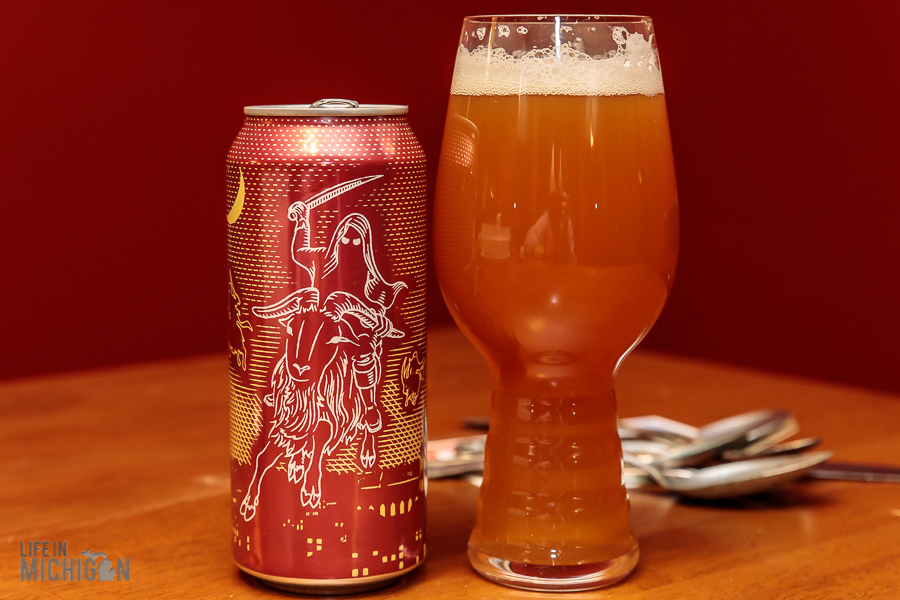 We hope you enjoyed our peek into North Pier Brewing Company’s care package and the story of Old Shuck.  If you enjoyed the story, then share it on your favorite social media venue or send it as a link to your friends and family. This is good for everyone!