Its days like today, with all the fresh snow that I’m reminded of winters past.

Winter is one of my favorite seasons (the other being Fall).  I know a lot of folks complain about the snow, but I love it!  Cripes, we do live in Michigan after all.  One of the memories that pop up with a big snow like we had last night, is sledding in Pinckney, Michigan.

When I was 11, my family moved out to Baseline Lake in Pinckney.  Prior to that, I’d spent my life in Detroit.  While we did get out and play in the snow in Detroit, it just didn’t compare to Pinckney.  Snow (and winter in general) were wilder and woollier out in Pinckney.  In Detroit, I had just one big hill over at Rouge Park.  In Pinckney, I was given the gift of a crystal playground of frozen lakes, icy swamps by the river, rolling trails through powdered pine forests, and lots of great sledding hills. 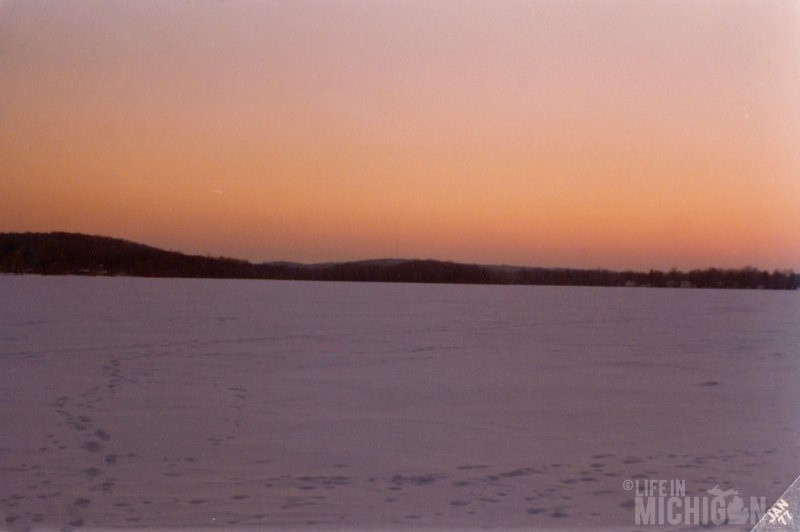 My friends and I had a cornucopia of sledding options to choose from.  The hill outside my house was undulating and languid with a short drop-off at the end to provide a bit of a thrill.  Not the most exciting ride for a 12 year old.  However my Mom and Sister Jean (a friend of my Aunt Elizabeth’s) thought this hill was great! 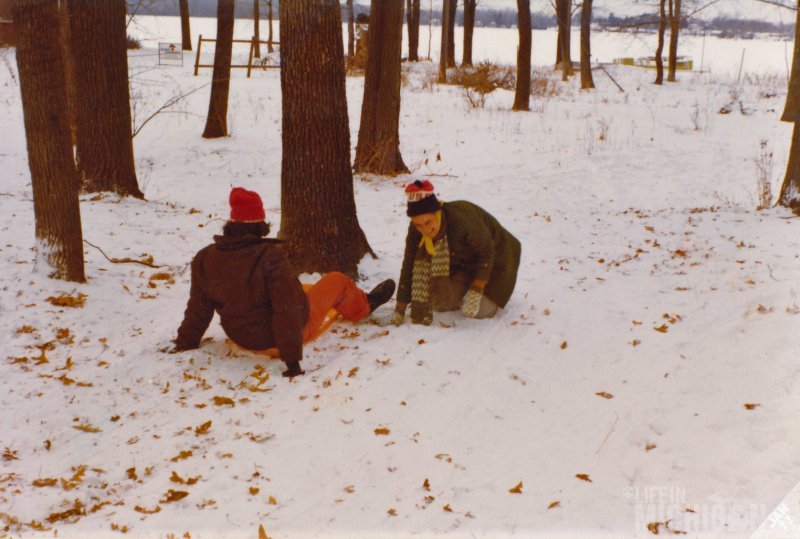 We did find a way to make the lazy lopping hill a bit more interesting by turning the sled ride into a run through a gauntlet.  One person would start at the top of the hill, while the rest of us were positioned down the hill near trees that dotted the hillside.  The idea was to make it down the hill without getting knocked off your sled.  Who said sledding wasn’t a contact sport? 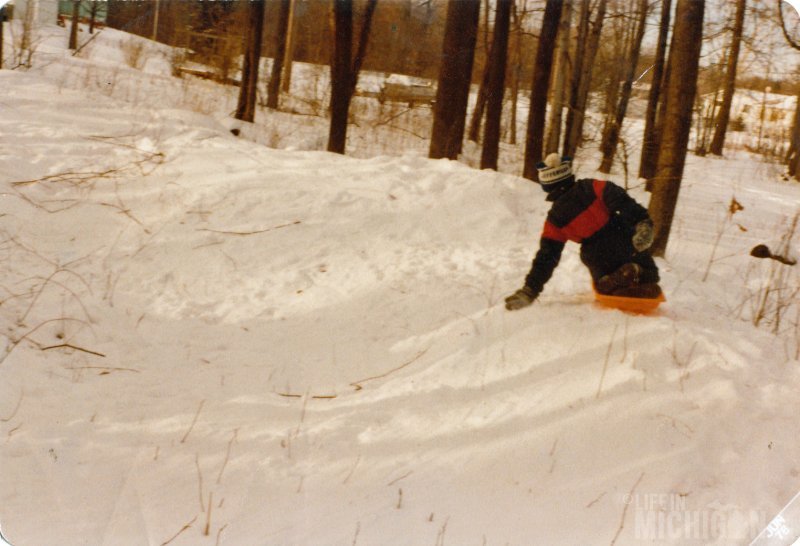 The apex of our sledding endeavours was the sheer face of a bluff near the canal that connected Baseline Lake to Tamarack Lake.  This was no meer hill!  It was a mountain!.  Imagine hurtling down a nearly vertical descent lined with sumac trees.  Just as you are starting to find the groove, you hit a small jump.  Many a kid had unhappily careened off into the sumac after failing this little test of skill.  With the small jump behind you, the course maintained the straight shot down to the Coup de Gras, a monstrous ramp of pure ice! 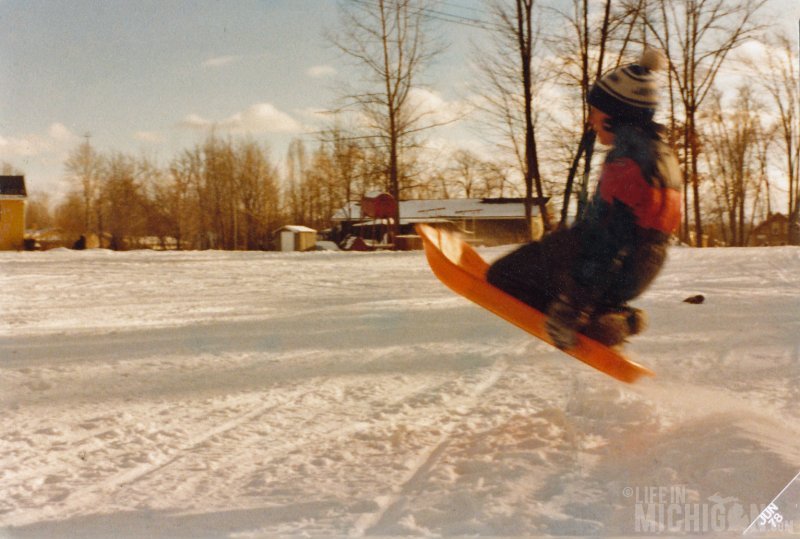 The plump face we choose to alight required a series of stairs carved into the snow, to allow its ascent.  Between the hazard of run and the stamina to make it to the top, those of weak constitution were quickly sorted out on this mountain.  It brings a smile to my face every time I think about it.

I’ve sledded since back then as a kid living on Baseline Lake in Pinckney.  Found a few good hills here and there.  There isn’t a trail that I walk down that I don’t wonder how it would be to sled down. 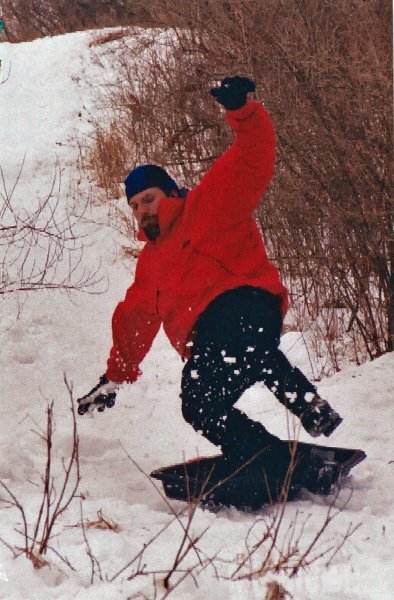 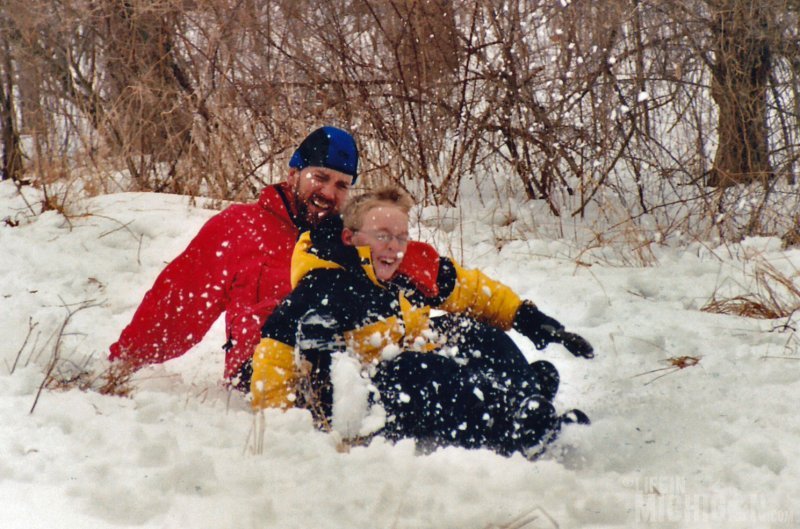