Its Happening at PJ’S! 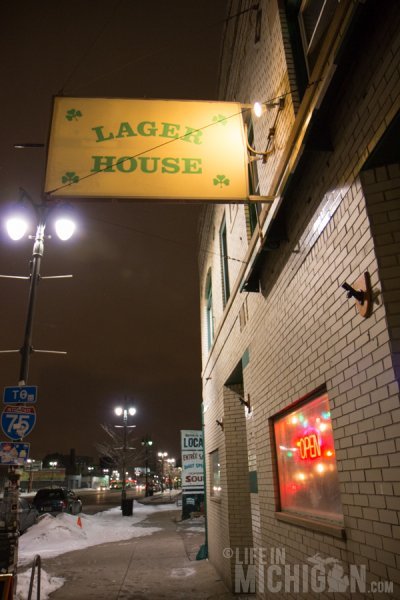 PJ’s is located down in the Corktown district of Detroit (a couple blocks east of Trumbull on Michigan Ave).  You really can’t miss it.  The outside has that classic old school pub feel.  Apparently, the space has been a pub for 100 years.

Inside, you’ll find a fun and inviting space.  The bar is covered in guitar picks!  How cool is that! 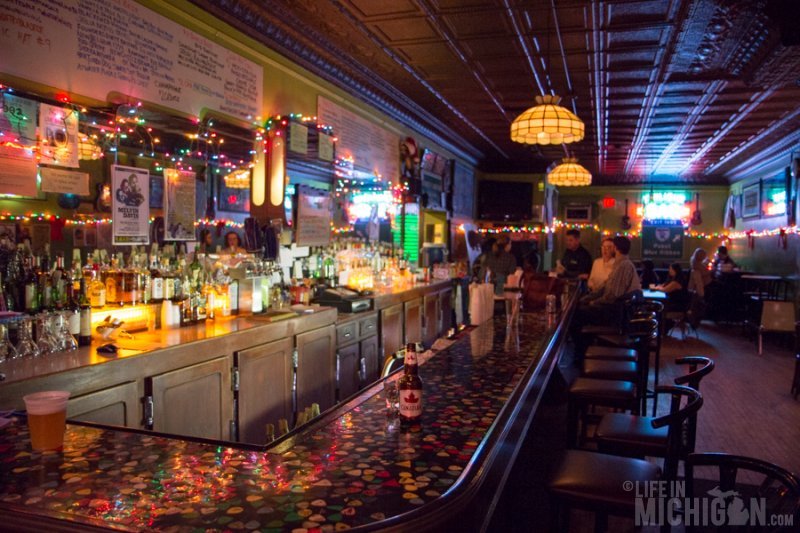 Besides the musical decor, you’ll find a great selection of Michigan beers with a nice lean toward metro Detroit brewers such as the stellar Kuhnhenn and Griffin Claw.  All served up by an extremely friendly staff. 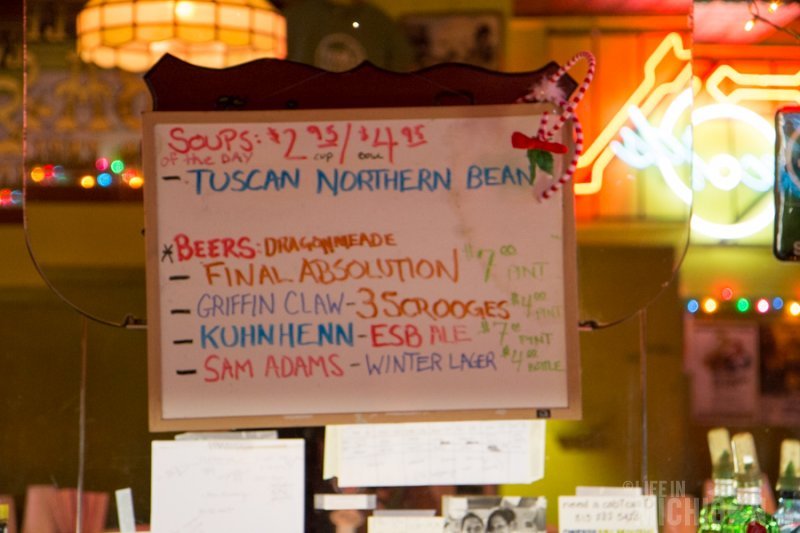 If you love food, then you’ll find a fantastic selection of great grub at PJ’s.  A bonus is that they have a nice selection of vegetarian and vegan options.  Our friend, Jeff enjoyed the gumbo.  We loved the Tempeh Reubens! 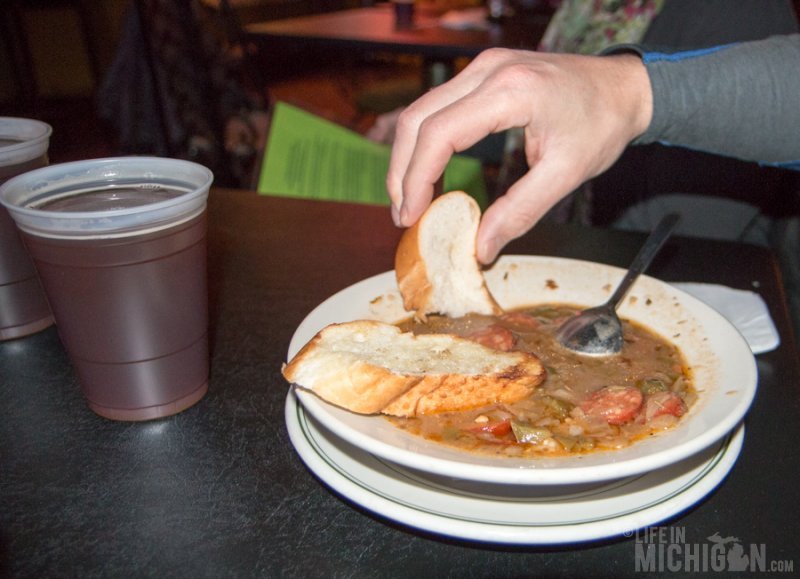 PJ is a native Detroiter (you’ll see him stocking the bar and keeping things running smooth), but you may remember him in Ann Arbor if you ever shopped at PJ’s Records over on Packard near State.  You’ll find a piece of the old vinyl shop down in the basement.  So many treasures! 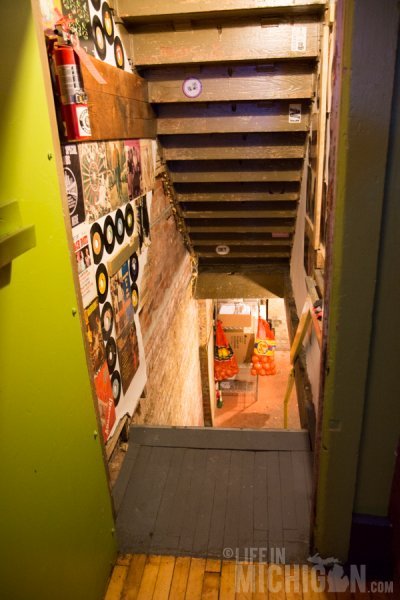 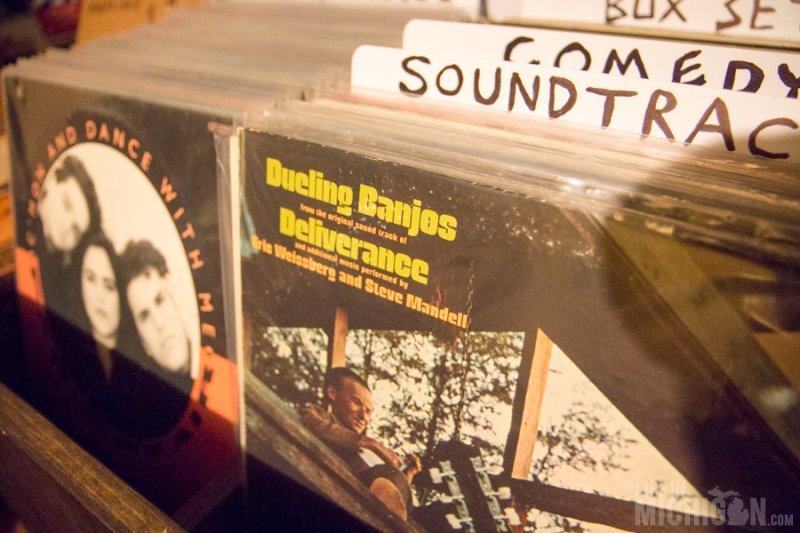 Time for some fun with Adam Clark

Around the corner from the bar and eating area, is the music stage.  PJ’s does a ton to support local music and provides a great venue for bands to share their talents.   The Rickett Pass 5th anniversary show started out with Adam Clark doing some solo banjo and acoustic tunes. 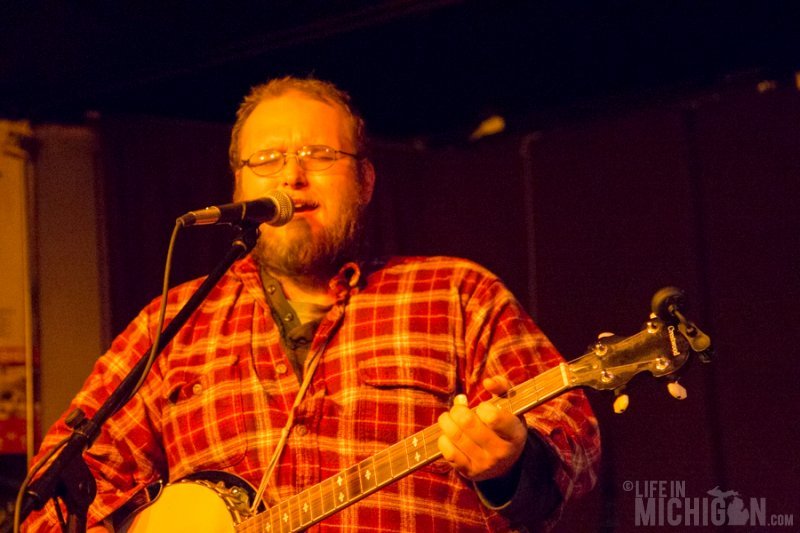 According to Mason (my buddy from Rickett Pass), Adam use to be his roommate.  Adam’s lyrical content is funny as hell and should not be missed. 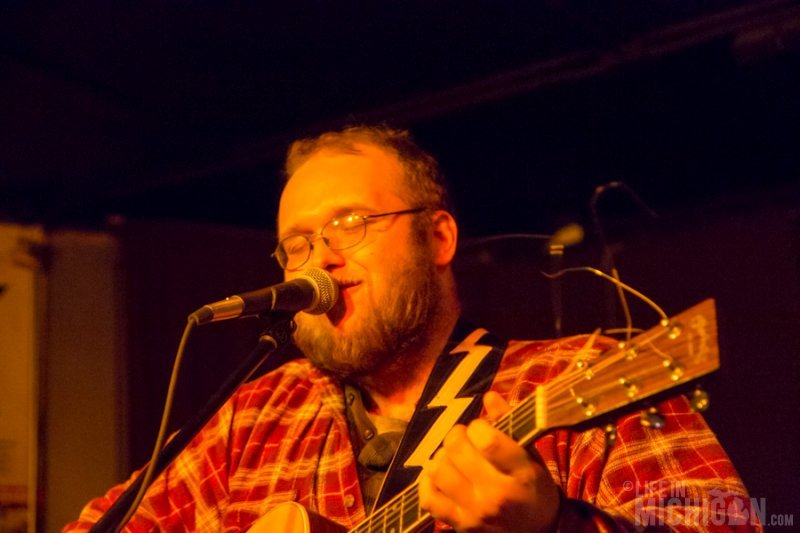 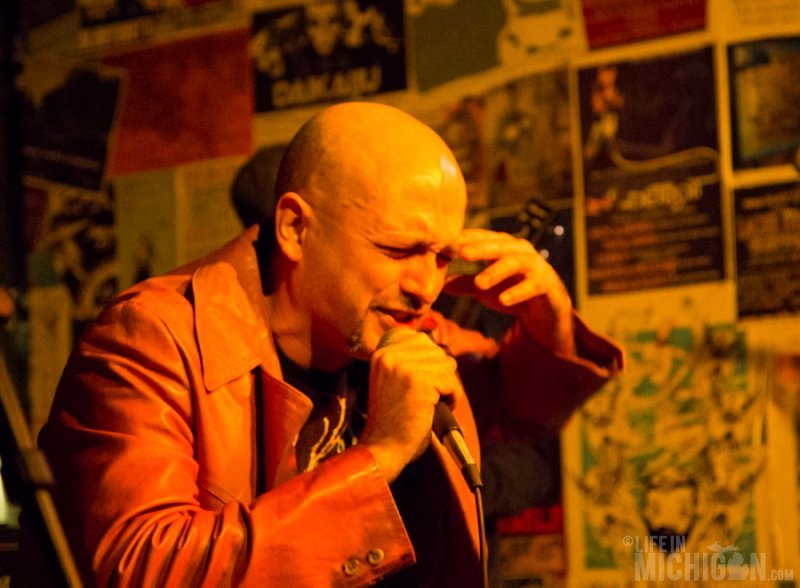 The band came out swinging and kicked out an entertaining set.  Keep an eye out for them. 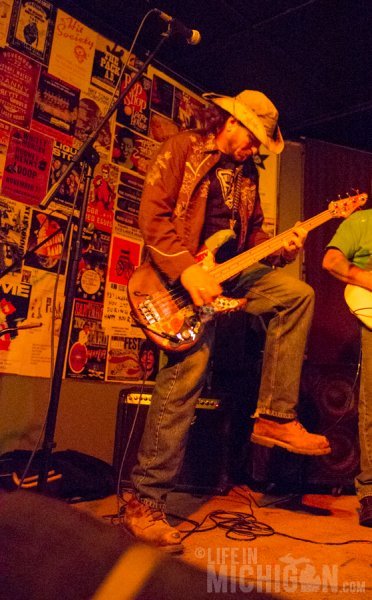 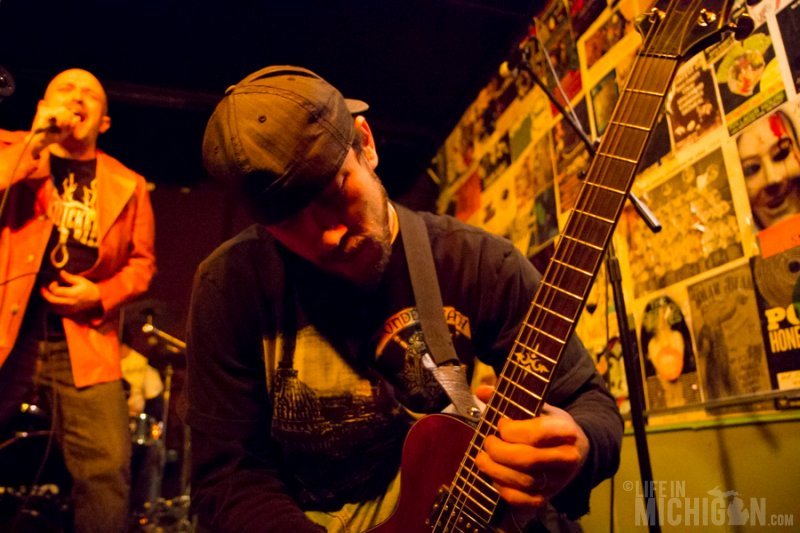 There are a few more pictures of the band in our gallery.

Sporting a fine suit and tie, Babe Miller and his band rolled in breathing new life into the honky tonk music made famous by Bob Wills, Hank Williams and George Jones. 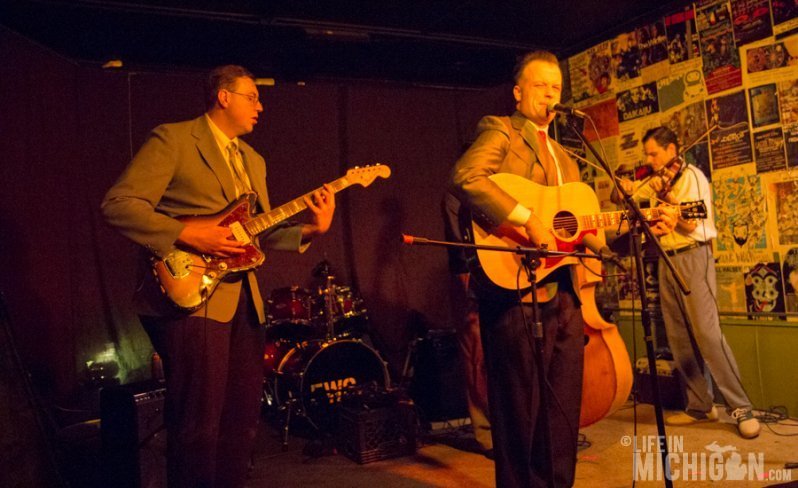 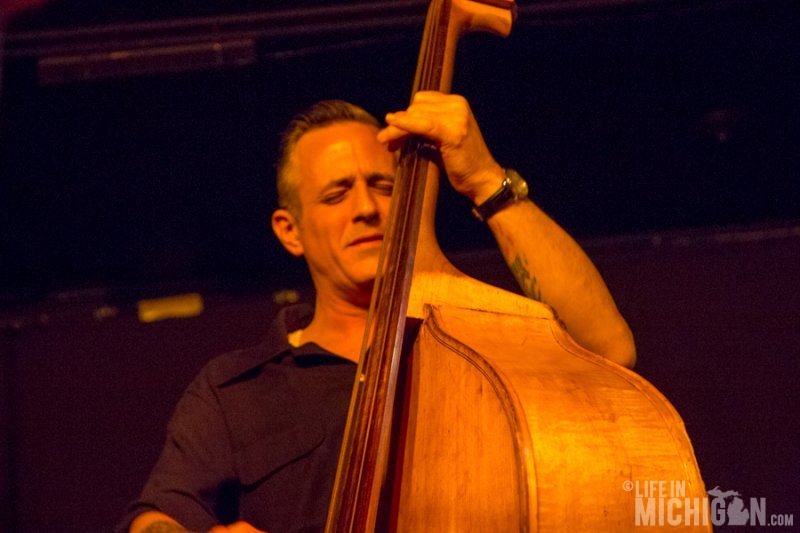 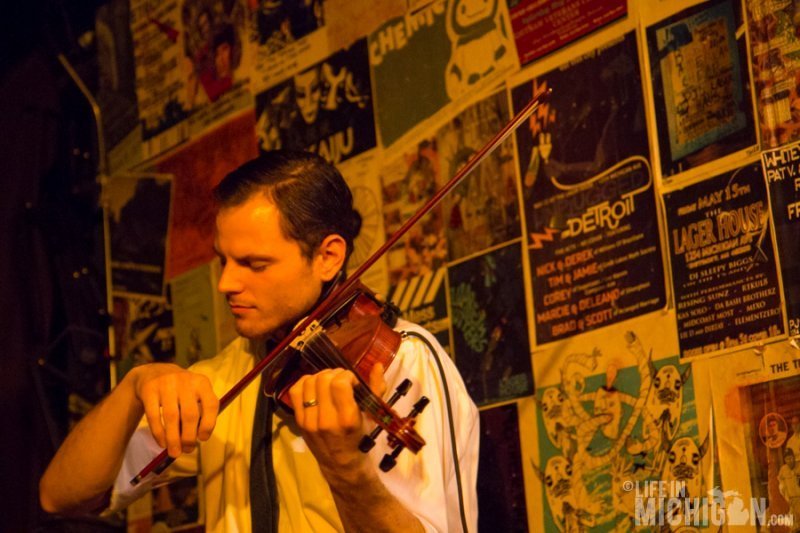 Mosey on over to the gallery for more pictures.

Alison Lewis and String of Ponies

All I can say is wow!  Ok, I can say more than that.  Alison Lewis and String of Ponies play country music with soul and roots that dig deep into the earth. 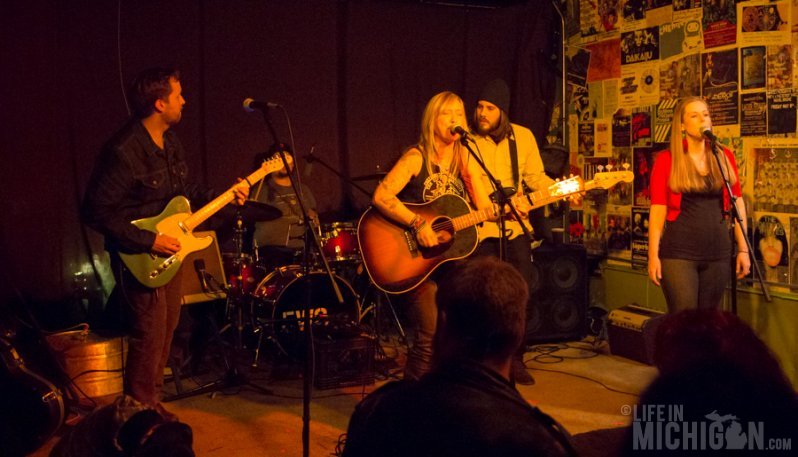 All of their tunes were great.  The harmonies of Alison and backup vocalist Kelly Corrigan added depth and richness to their music. 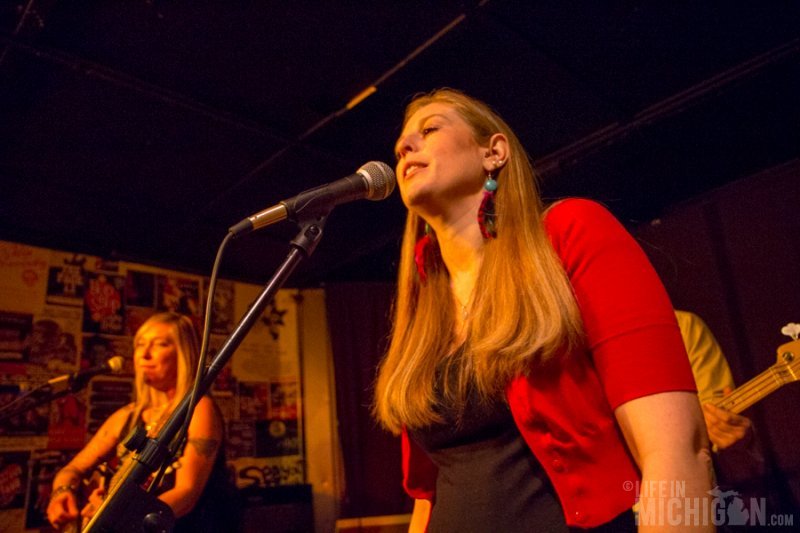 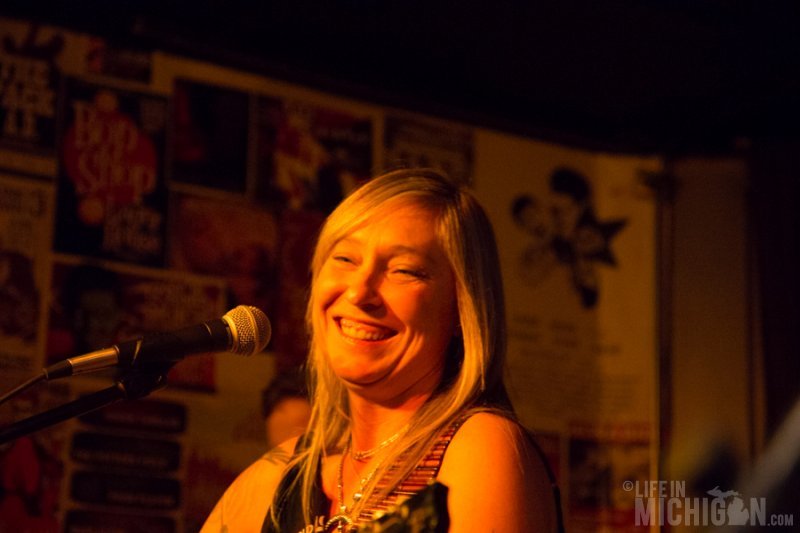 Be sure to see String of Ponies if you get a chance.  They are how country music should sound!  Be sure to stop by the gallery for some more pictures of the band.

You may remember that we  were first introduced to these guys over at the Dark Horse 4 Elf party.  These guys tore it up and were entertaining as hell.  Their show at PJ’s was no different. 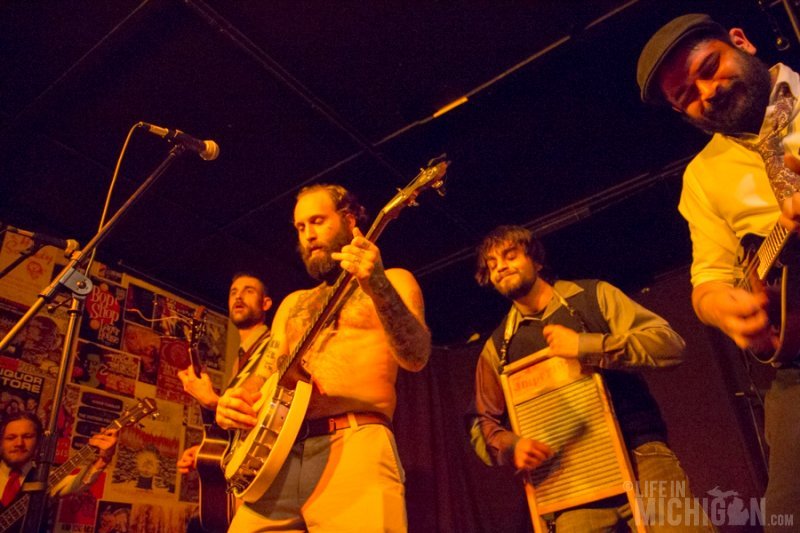 Mason, Joe and Dallas were accompanied by Dennis and the other dude from 5th Wall Concept (sorry man..didn’t catch your name :))  Everyone in the band was spot on and wailing out the Rickett Pass brand of downriver urban bluegrass. 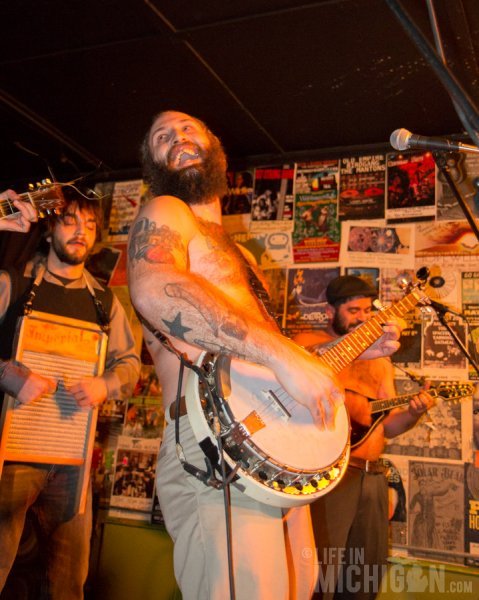 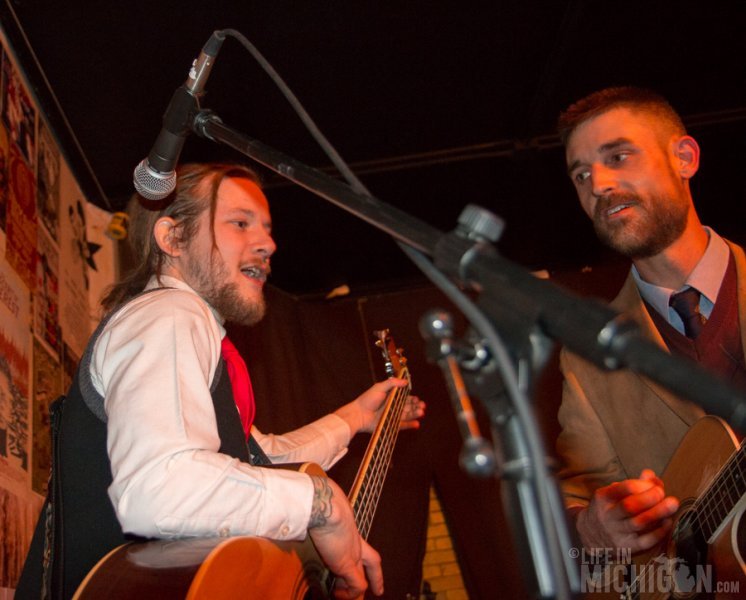 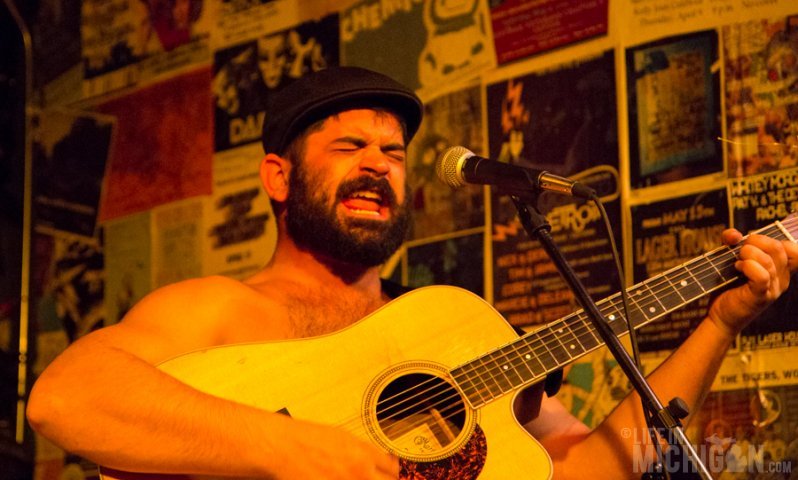 You know a band is special when you can feel the truth and integrity in their music.  Its more than sharing a song, its allowing you to glimpse into the eye of their soul. 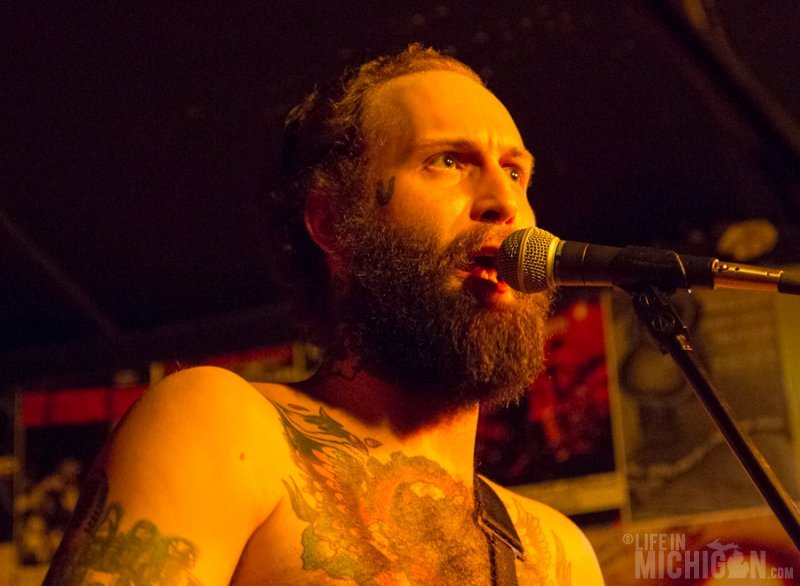 The genuine love of the music that Rickett Pass share with their audience is infectious .  You could see it in the smiling faces of the fans as they sang along to just about every song. 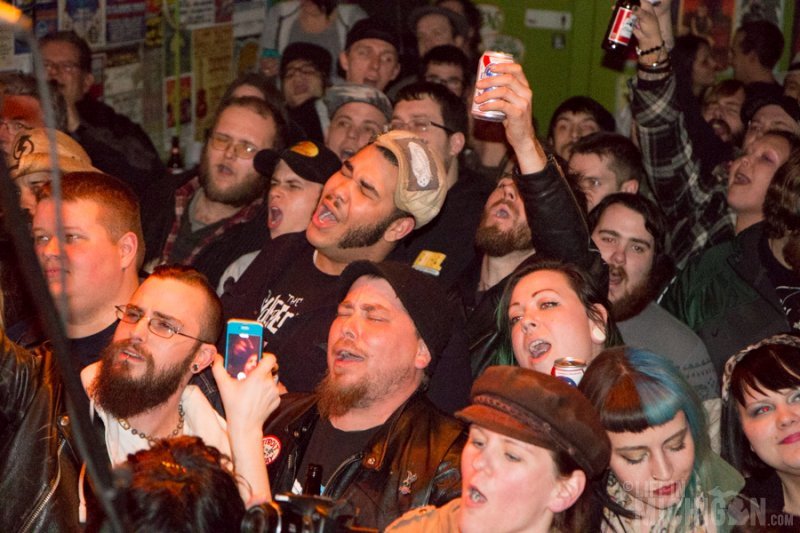 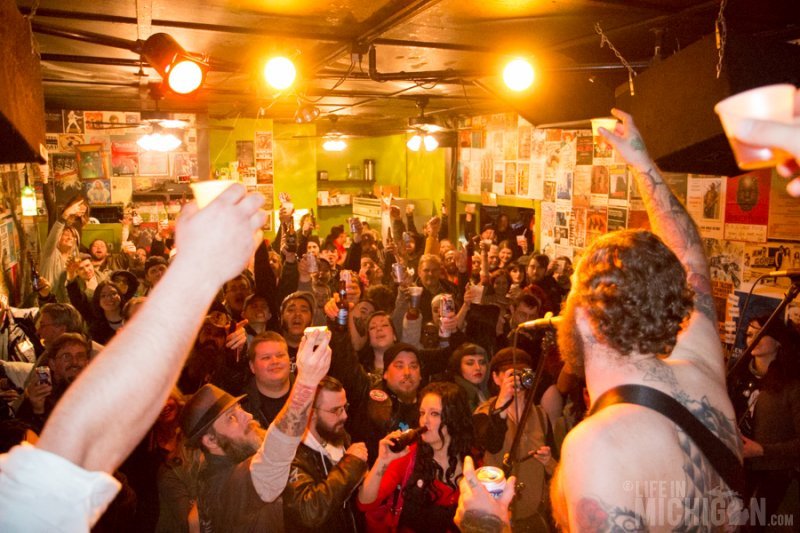 Be sure to catch Rickett Pass when they swing by your town.  We’ve got a few more pics of the band in the gallery.

We missed seeing 5th Wall Concept.  I had to work and couldn’t stay.  However, I do have their recent cd – “We Broke It”.  I plan to write a review as its a refreshing collection of music.  Definitely more rock than country.  More to come!!

All in all, we had a fantastic time at PJ’s Lager House.  We’ll definitely be back.