Plague Years kick off their Unholy Infestation tour with a throwdown at Kelly’s Bar in Hamtramck with Manic Outburst, Nethergate, and We Will Rot. 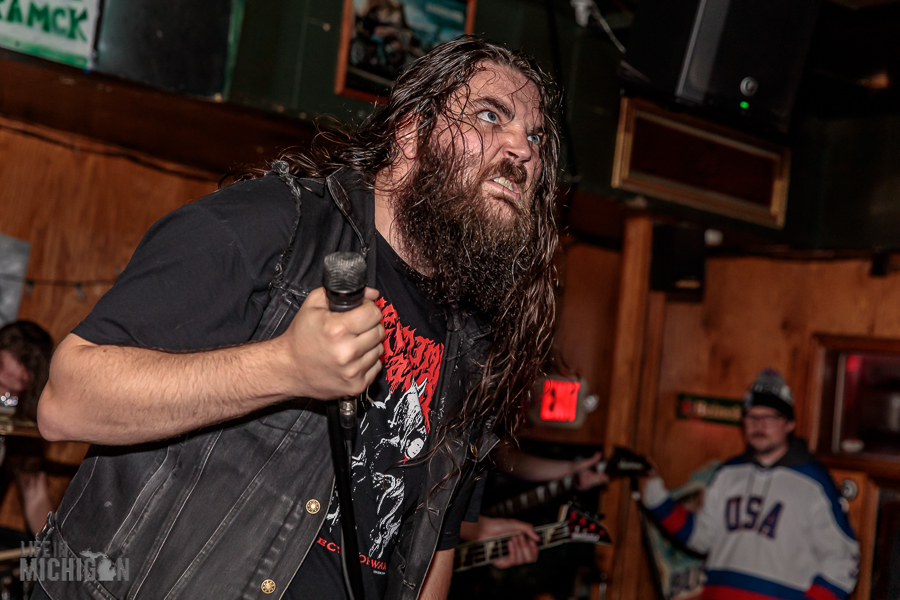 When I heard the Unholy Infestation album my Plague Years, I was blown away. They play mean and powerful thrash music. The kind that lets you release the day’s frustration with an eye bulging fist-clenching roar. They are heading out on the road and kicking off the tour with a hometown show at Kelly’s Bar in Hamtramck. This local show includes some fantastic local metal bands, so I had to see and hear this for myself. 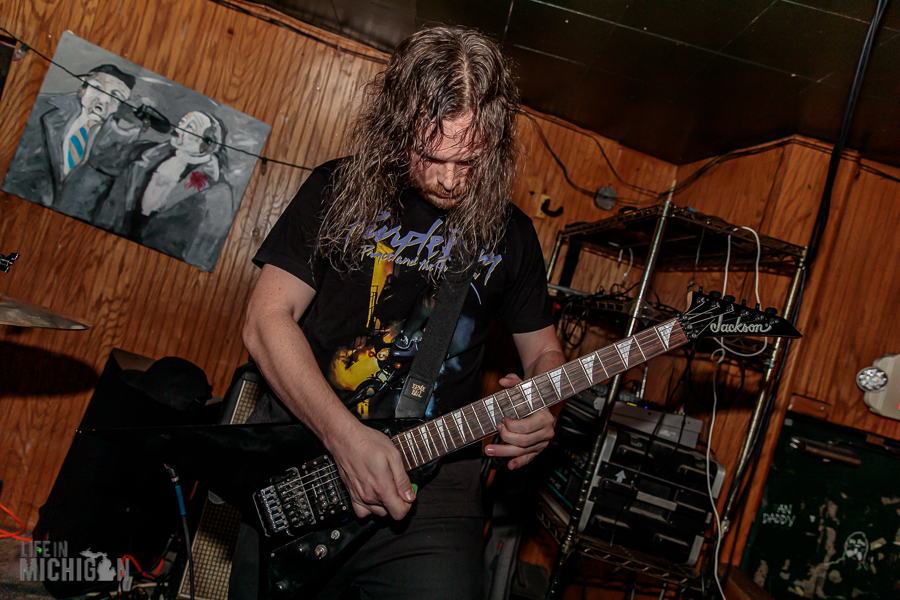 Getting the evening started like a cannon shot is We Will Rot. Detroit excels at so many musical genres and hardcore is one of them. We Will Rot are Trevor Giles (vocals), Greg McCoy (bass), Adam Silvenis (drums), and Shawn Williams (guitar). Back in my day, there was a skull crushing hardcore band called Universal Stomp. We Will Rot reminded me of them as well as other demolition machines such as Earth Crisis, Homewrecker, and Converge. They have that tidal wave of crashing rhythms and riffs that sink their teeth in deep. The imagery in my head as We Will Rot tore into the stage was of an iron jaw snapping down to the bone. 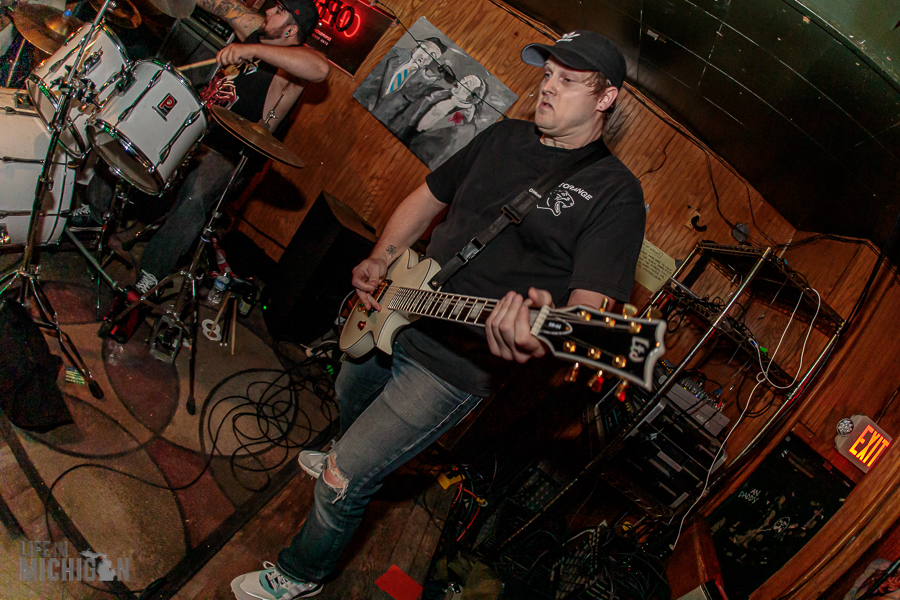 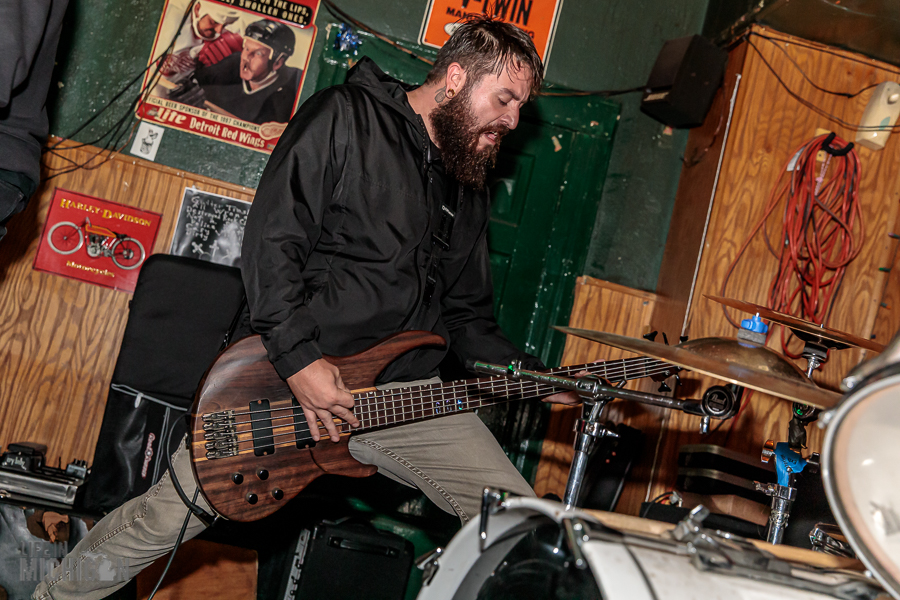 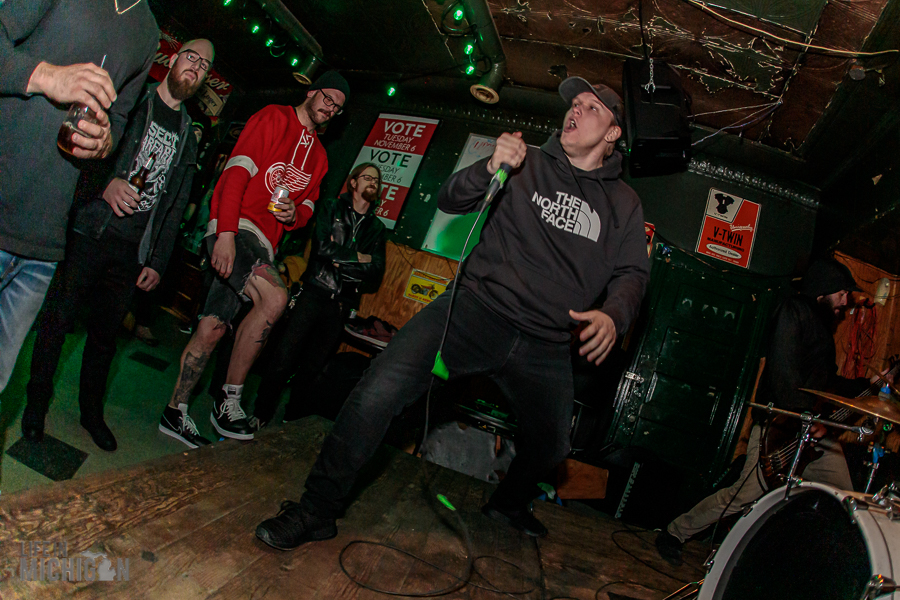 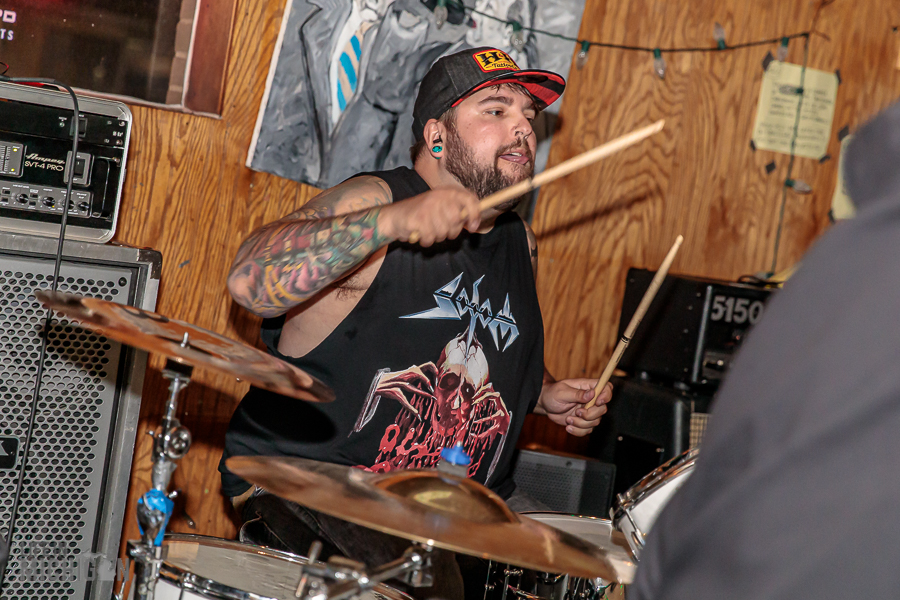 Death is delicious with Nethergate. This is a newer band hailing from Canton with Matt Soper (vocals/bass), Paul Trunk (guitar), Jacob Schumaker (guitar), and Kyle Wagner (drums/vocals). They wasted no time in inflicting maximal death metal assault. Swiftly hammering drums and bass called to mind the chaotic machinations of hell. The guitar riffs swung between a full out alternate picking barrage to deft technical and melodic passages. The music set the stage for guttural vocals barking messages of agony. If you are a fan of technical death such as Cryptopsy, Suffocation, or Revocation, you should check these guys out. Nethergate’s EP titled Dimensional Purgatory is out now. 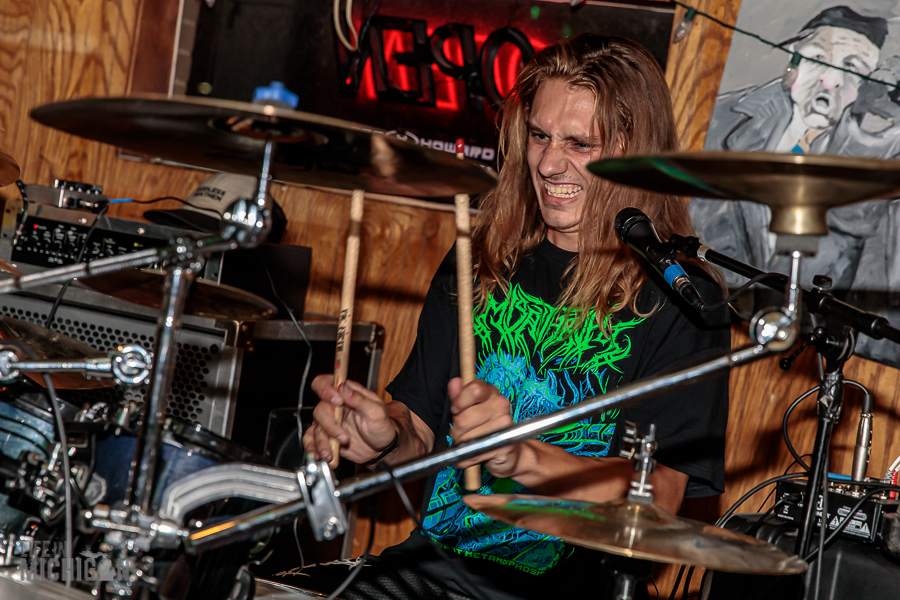 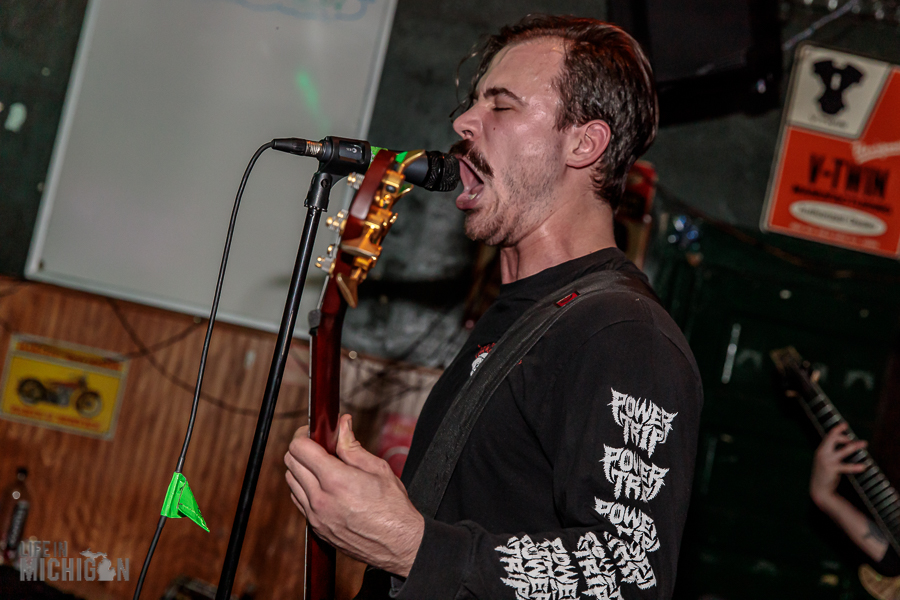 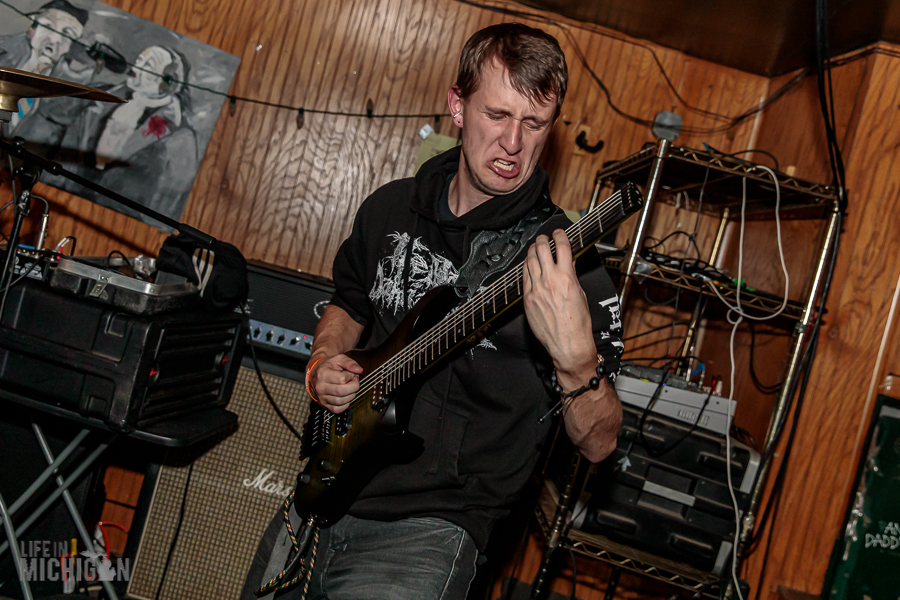 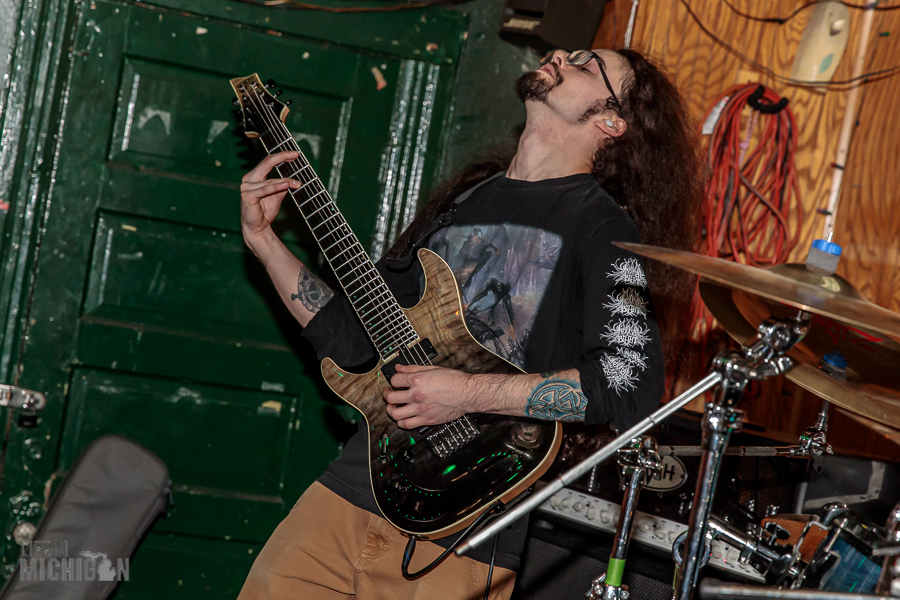 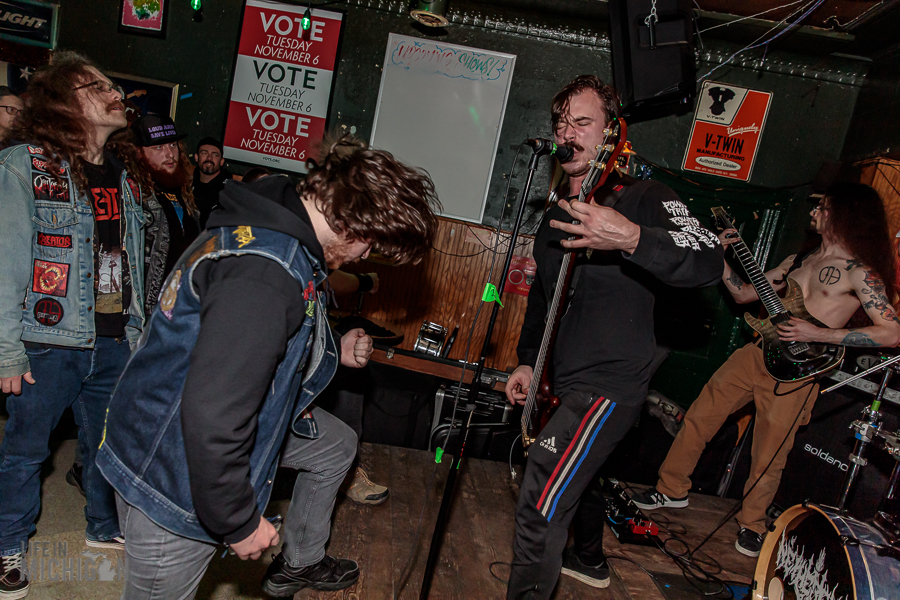 Yet another magnificent thrash band from Detroit is Manic Outburst. The band is composed of Erik Partin (guitar), Gene Hildebrandt (bass), Mike Twigg (vocals), William Twigg (drums). Together they define what is so special about thrash music; the blending of punk’s fuck you attitude with the machine gun riffs of metal. Their performance at Kelly’s Bar nearly stole the show. The mosh pit started up with the first note and did not let up. The line between stage and fans disappeared in a frenzy of beer and sweat as Manic Outburst poured on the intensity. While not quite the same level of frantic ferocity as a live show, you can get a vital dose of what Manic Outburst is all about on their beautifully brutal album called Violent Agitation. 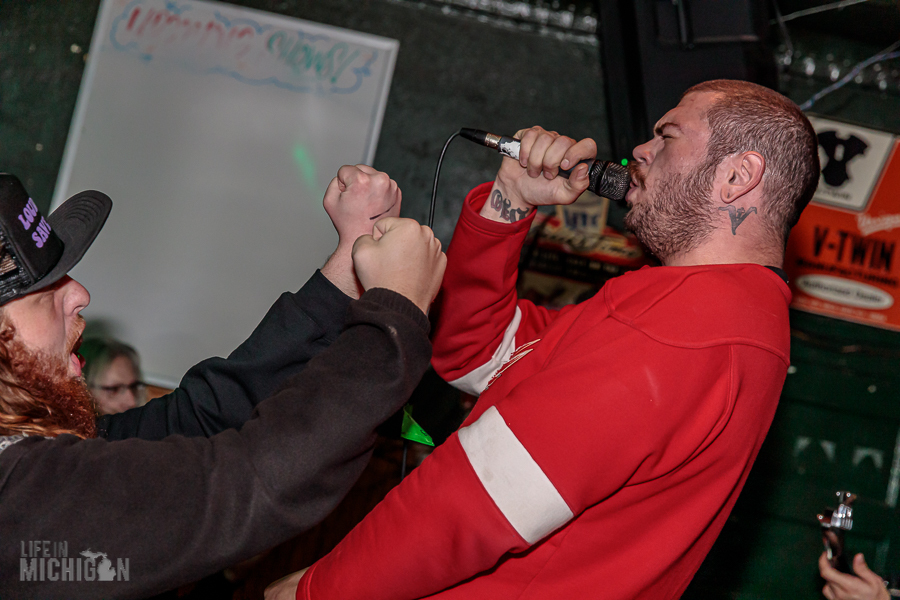 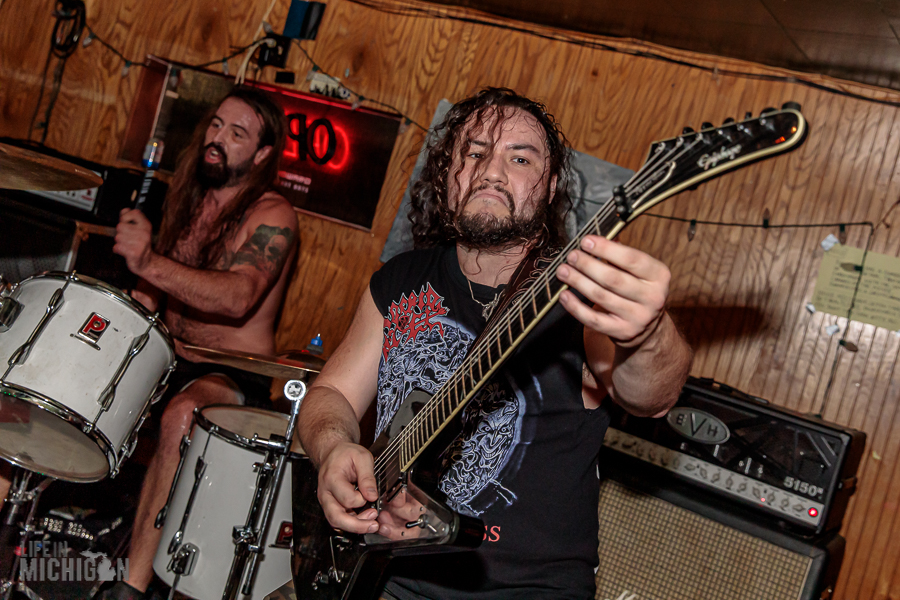 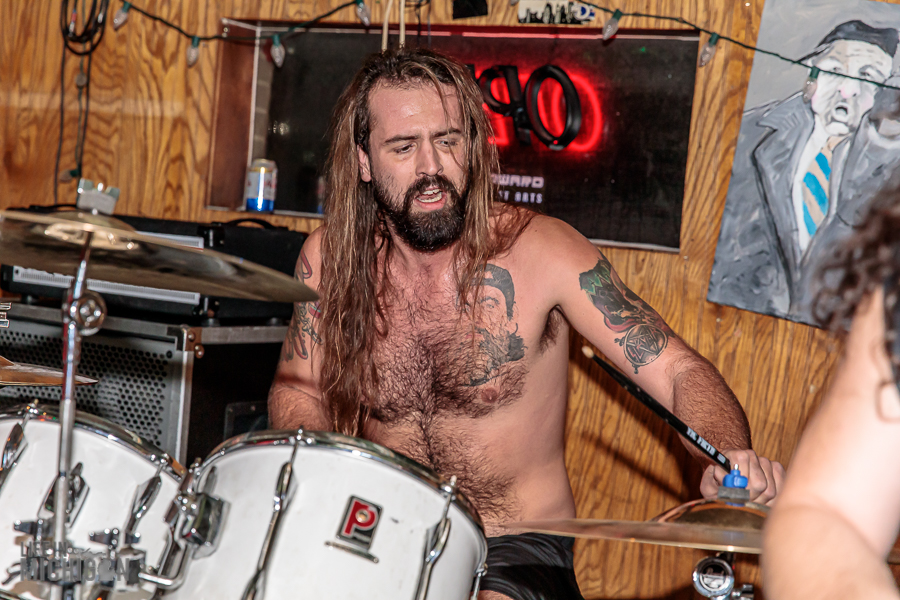 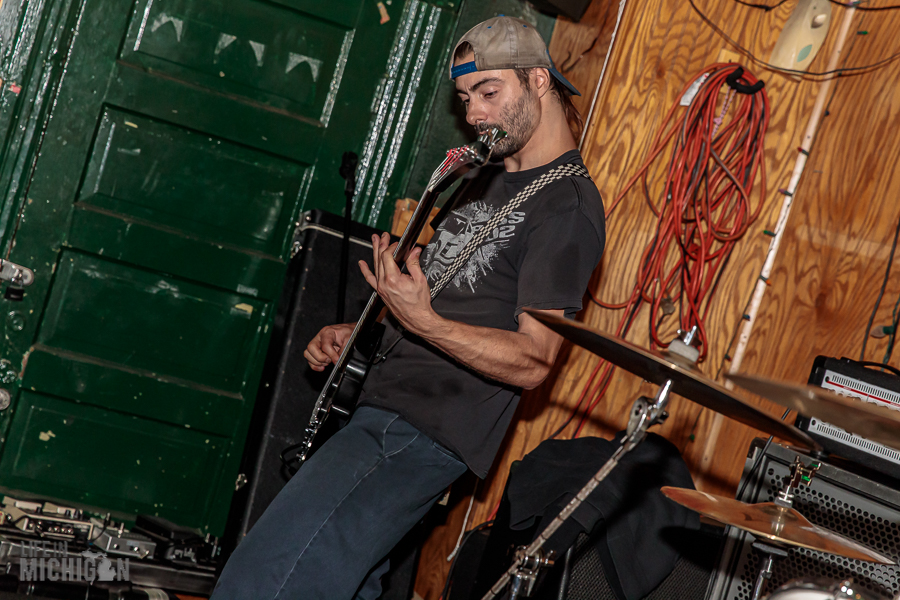 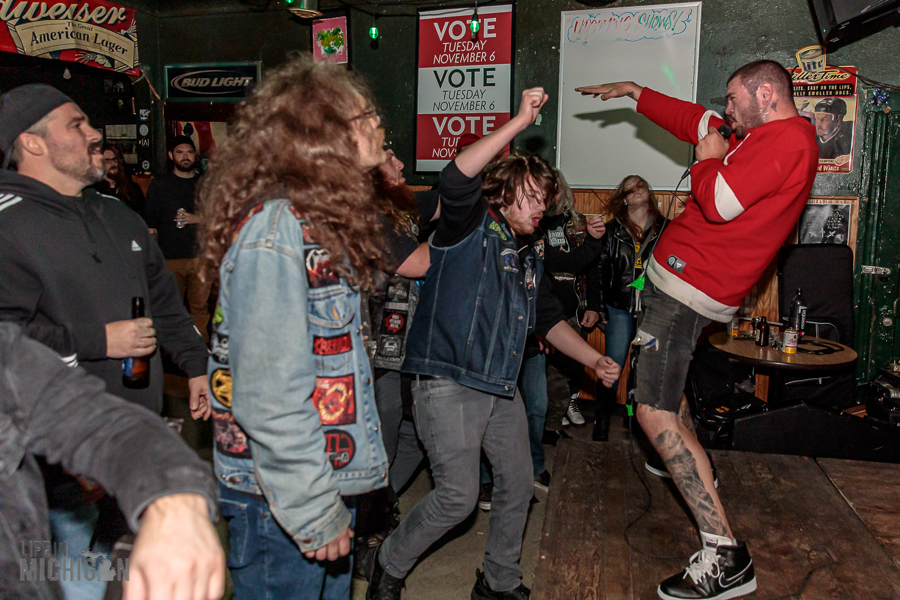 Batting clean-up on this power-packed night of metal music is thrash titans Plague Years. In case you aren’t familiar with the band, they are Eric Lauder (guitar), Rian Staber (bass), Mike Jurysta (drums) and Tim Engelhardt (vocals). Joining the band on second guitar for this show and the upcoming tour is Bubba Colonna from yet another epic Detroit metal band; Eurphoria Ω. 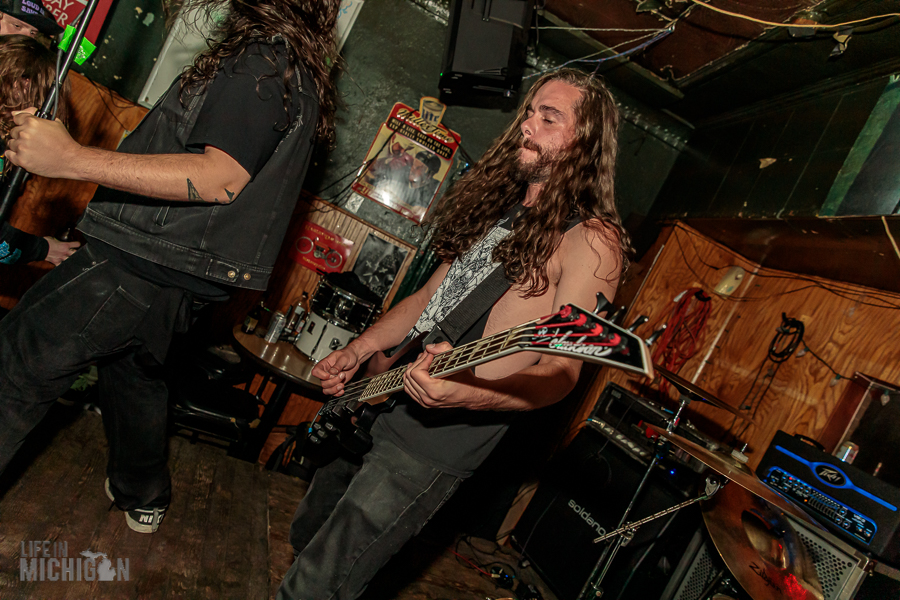 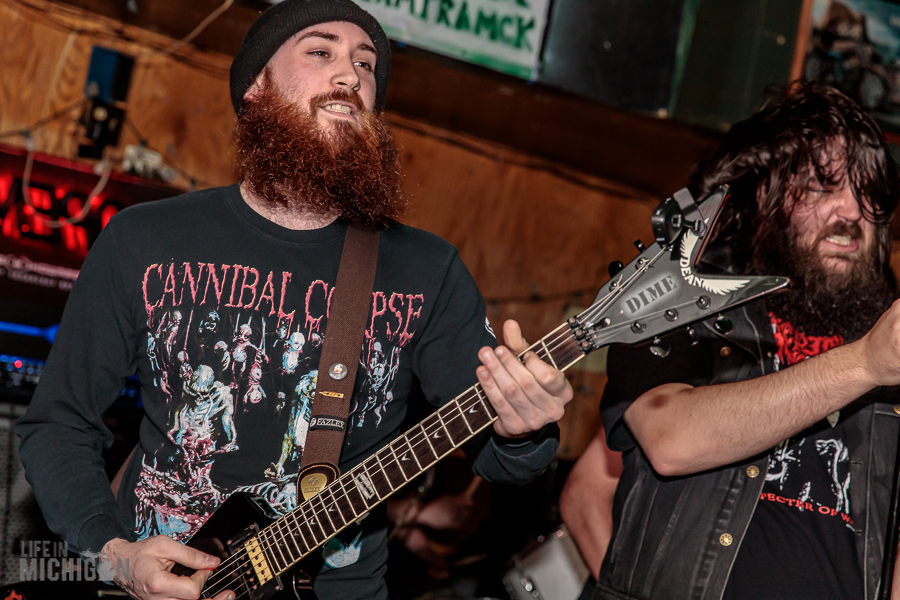 The vehement force within the audience is reflected by the thrashing madhouse on the stage. Plague Years rips into “Hellborn” with hair flying and rage in the air. Rian, Mike and Bubba team up for rhythmic devastation on “Infernal Torment”. All senses are alive within this torrent of metal. Adding to the madness is the incendiary lead guitar of Eric Lauder. Instead of a mindless shredathon, Eric’s leads give this performance at Kelly’s added punch and dimension. 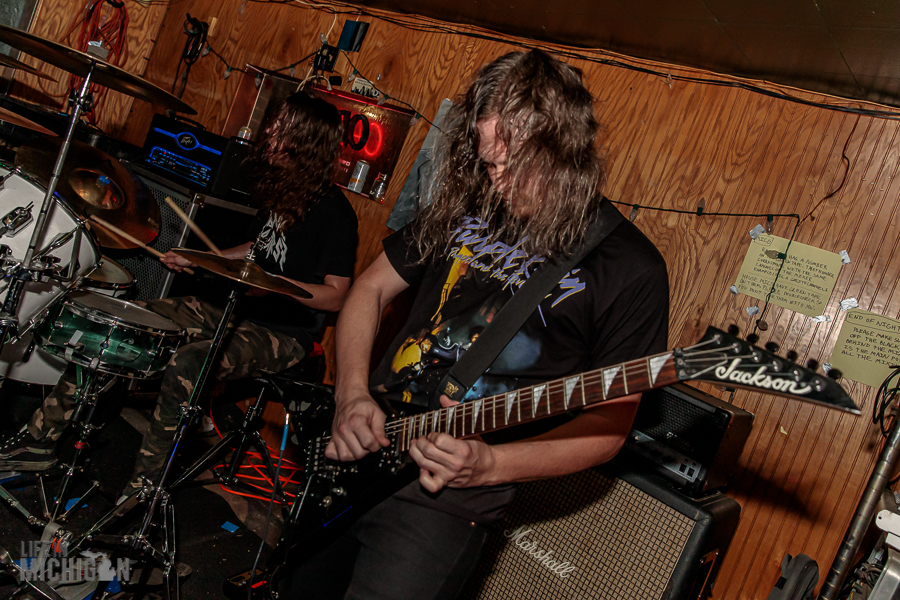 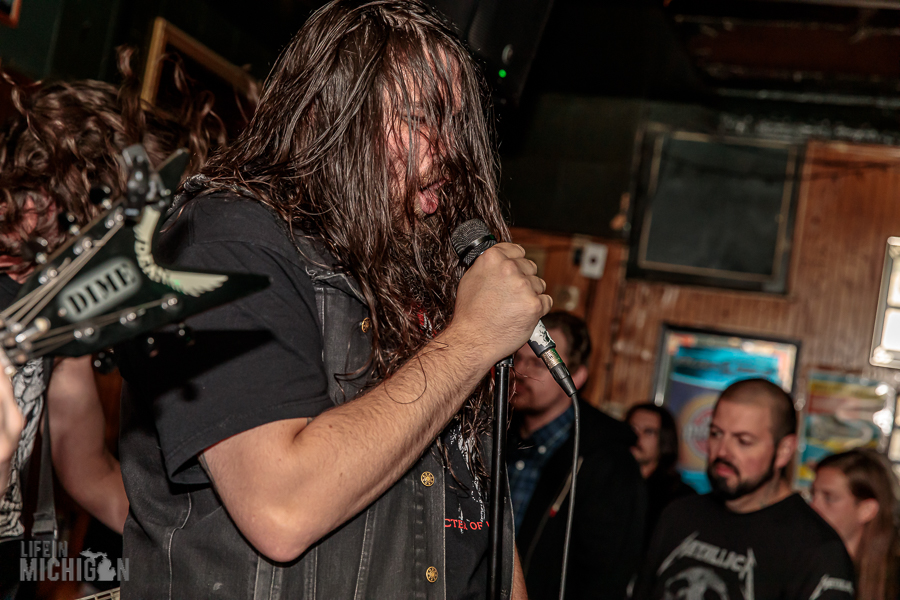 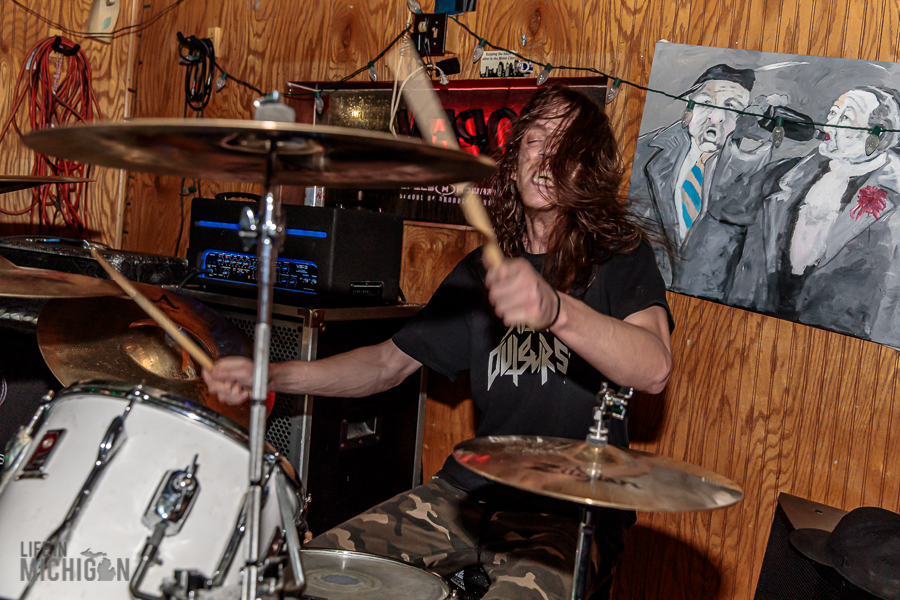 As with, Manic Outburst, the fans and Plague Years are one. There is no barrier between them. Tim’s rampaging vocals incite the berserkers within the room. Thrashing it up with fists in the air, we live through this night of vicious music. While national bands are fun, you owe it to yourself to get out and see one of the many extremely talented Michigan bands who are kicking ass every day of the week. Many thanks to all the bands and the staff at Kelly’s Bar for a fistful of metal. 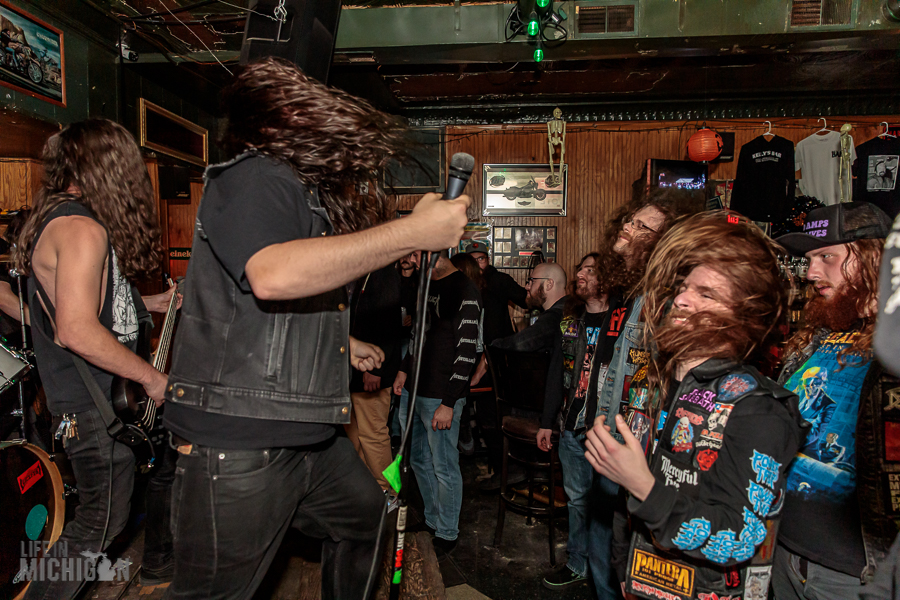 You can find pictures of We Will Rot, Nethergate, Manic Outburst, and Plague Years in our gallery. Enjoy the images. Contact us regarding any use.