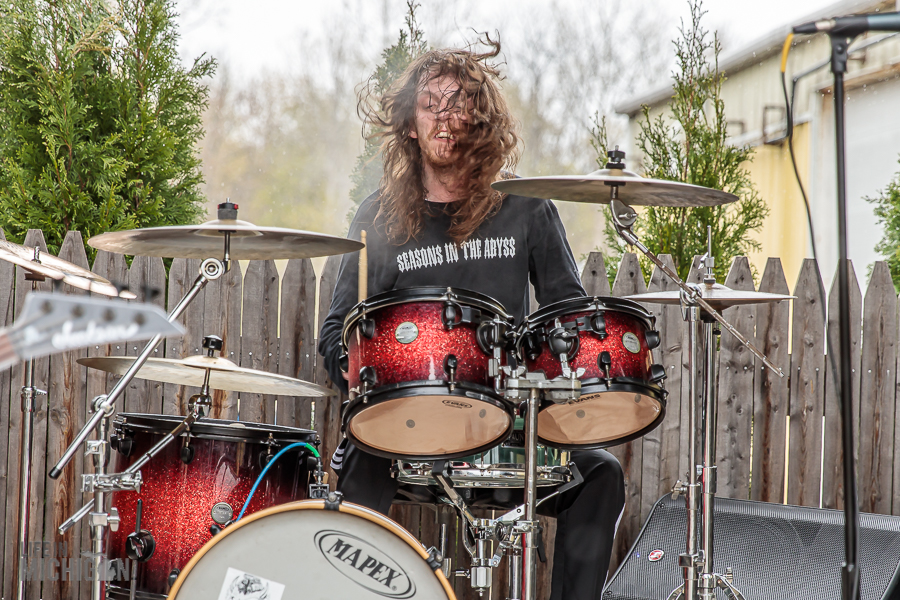 The weather on April 20, 2021, was pure Michigan. When Dark Horse Brewing picked the stoner holiday of 4-20 to celebrate the release of Rain In Blood, April said “Hold my beer and don’t bogart that doob!” Thankfully, the neck-snapping music of Plague Years helps to fight off the snow and cold.

Dark Horse’s Rain In Blood pale ale is a tribute to the legendary thrash band Slayer and their guitarist Jeff Hanneman. Inspired by the insane riffs that Jeff composed into the classic song “Raining Blood”, the beer is a bold pale ale made with blood orange. You can slam these beers while banging your head to some maniacal thrash. 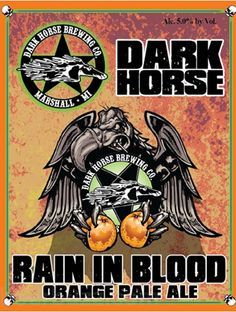 As I got out of my car and grabbed my camera, I looked to the sky asking “Seriously???”. Wet snow continued to fall without a break. But hey, it’s Michigan and you roll with it. There was a hardy crew on hand just before 4:20 pm to catch the first set by Plague Years.

If you are going to celebrate the release of Rain In Blood with a live band, I can’t think of a better choice than Detroit’s thrash titans Plague Years. Both their Unholy Infestation and their latest Circle Of Darkness albums are punishing thrash albums that call to mind the brutality of Slayer. Having seen them open up for Shock Narcotic at Sanctuary and then again headlining their own show at Kelly’s, I was stoked to see them rage at Dark Horse. 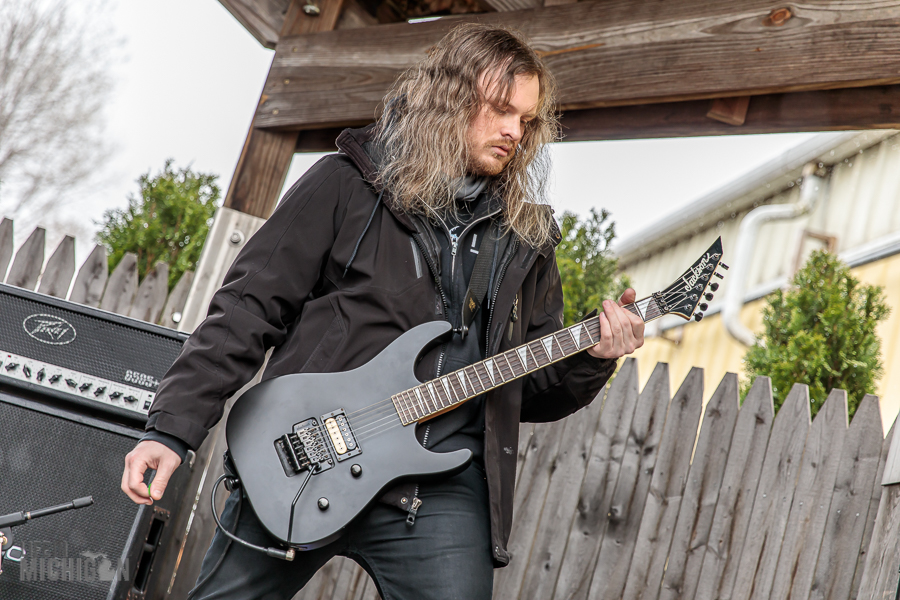 Despite the wet snow and cold, Plague Years were on fire. Seriously, by the end of the first set drummer, Mike Juryska was enveloped in a steam bath. Plague years focused on the newer Circle Of Darkness album. This album rules, have I mentioned that? They ripped into the title track, “Incantation”, and “World In Blood”. I’m pretty sure they played “Hellborn” off the equally impressive Unholy Infestation album. 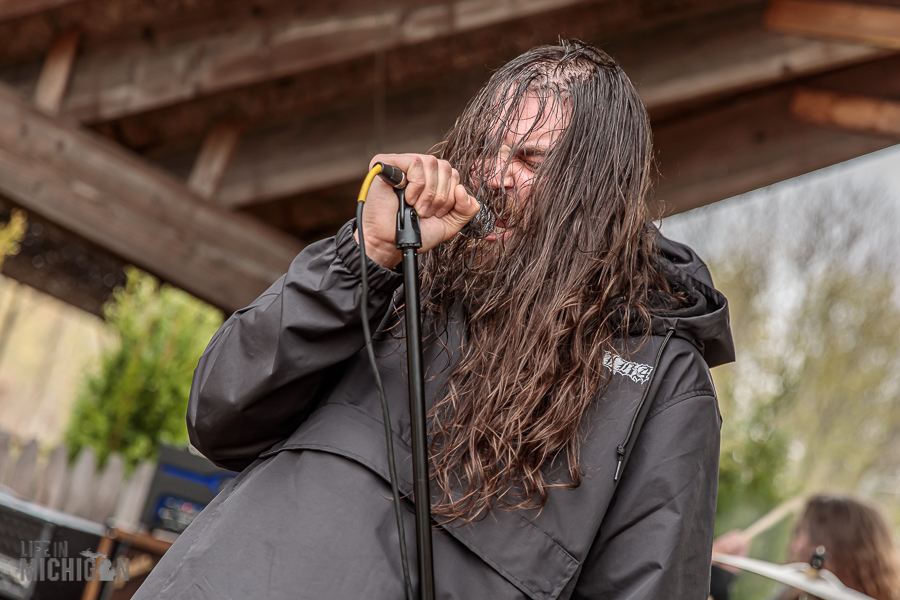 Raining Blood in the Beer Garden

After so many long months without seeing a live show, it was a joy to headbang with Plague Years in the beer garden. When they broke into the cover of Slayer’s “Raining Blood”, I think I got a little misty eyed. It was that or some snow got in my eye.

If any rust had developed after the long hiatus, Plague Years did not show it. I marveled at how they could play so fast and heavy in this weather. We definitely need to get Plague Years back to the garden when summer finally comes to Michigan. 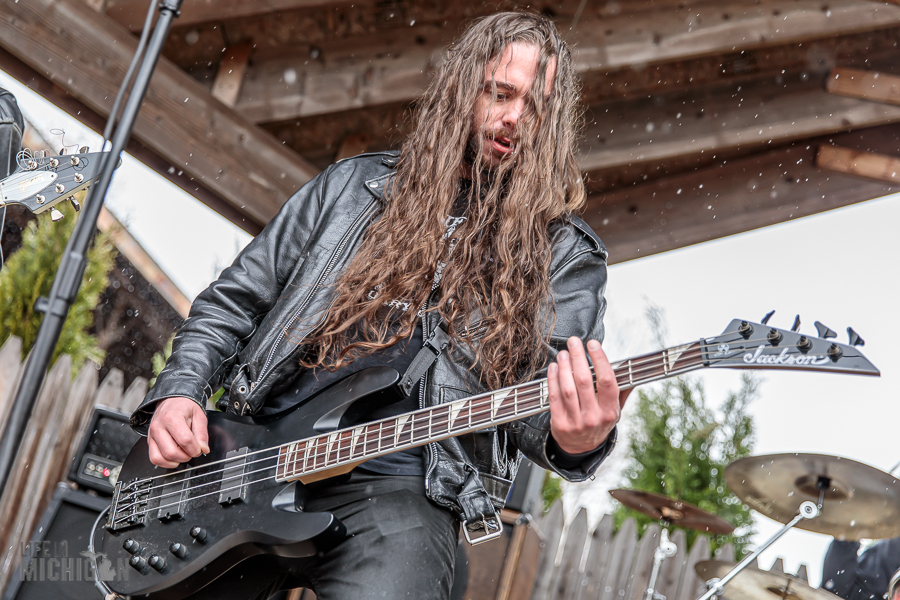 After a brilliant set of blistering thrash, Plague Years took a break before bringing another onslaught to the stage. This was a perfect time to catch up with my Dark Horse family. I’m truly grateful to be able to talk music and share beers with these wonderful people. A huge shout out to Emily who is booking some fantastic acts to play at the Dark Horse Beer Garden. We’ve seen a lot of great shows in the past at Dark Horse. I’m definitely looking forward to seeing more outstanding Michigan acts this year. 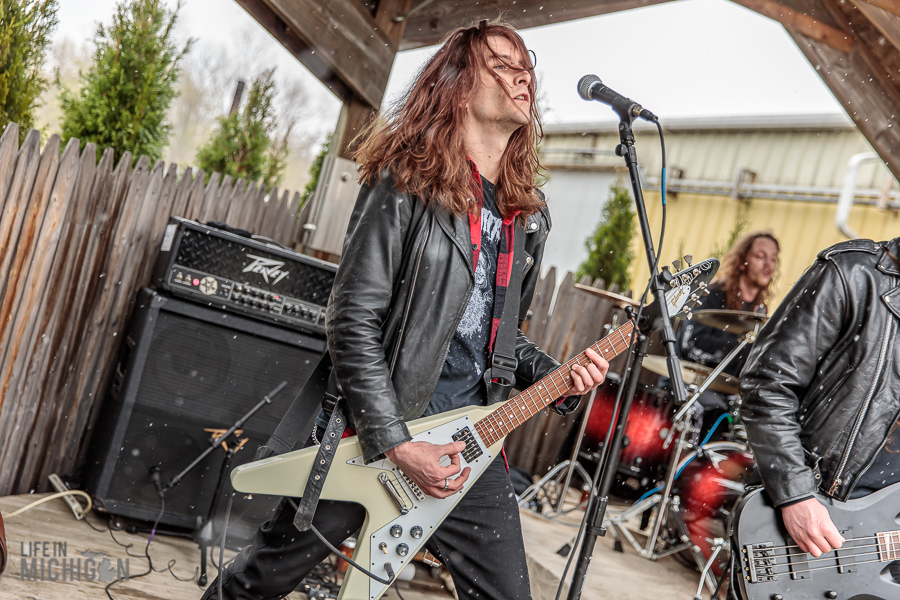 Just as I was getting ready to head out and dry off, I talked a bit with the guys from Peril Hot Sauce.  Dave Workman (head devil in charge) said they had recently moved Peril Hot Sauce up to Michigan from Kentucky. Their hot sauces are geared to those that like great flavor with a heavy metal attitude. 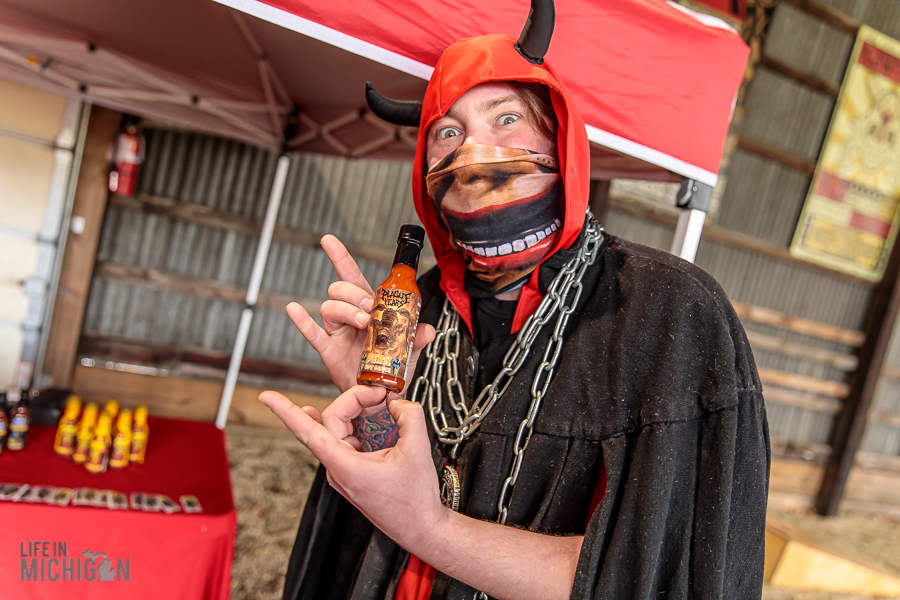 For the show, Peril Hot Sauce whipped up a special blend of fermented reaper chilis and called it Plague Years Hot Sauce. They even put the Circle of Darkness artwork on the bottle. Dave mentioned they have been working with other heavy bands across the genres such as the stoner rock of StormToker. If you are in a band and love hot sauce, give Dave at Peril Hot Sauce a call. He kindly hooked me up with a couple of bottles of sauce which I’ve been enjoying on just about everything. 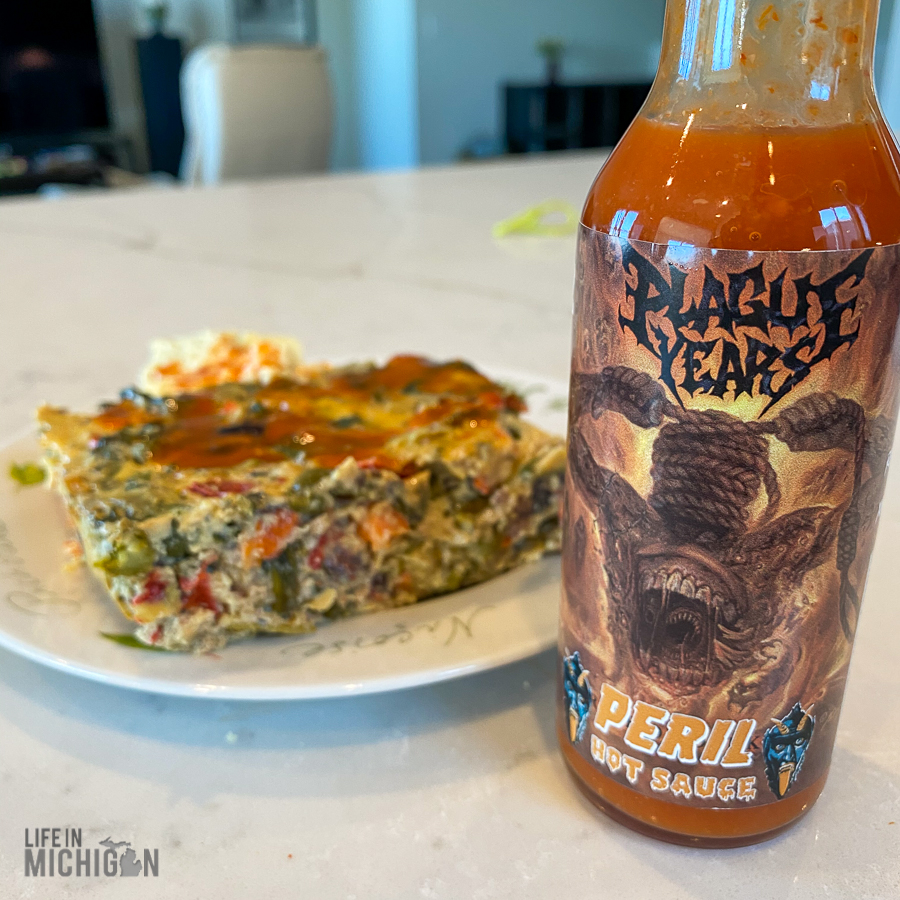 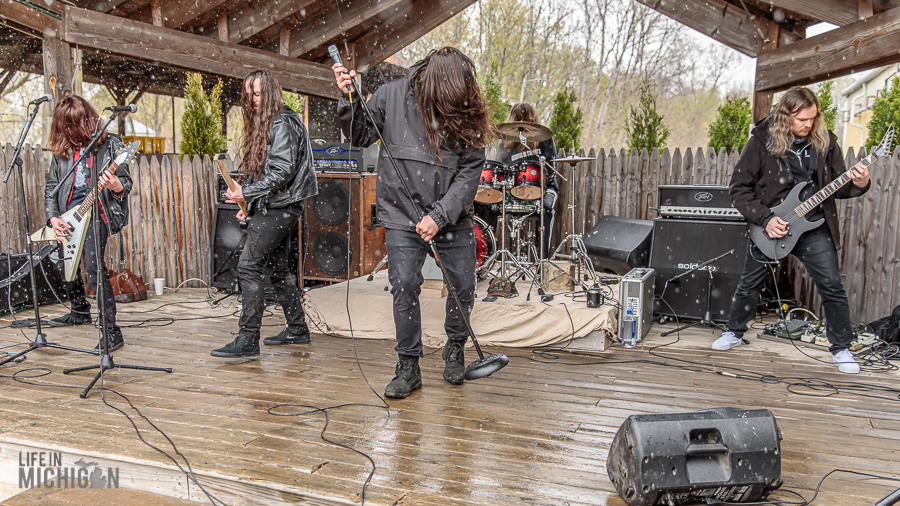