While standing in line for Detroit Fall Beer Festival in Eastern Market, we huddled over the guide provided by the Michigan Brewers Guild to design our game day strategy. It was a solid plan, but we knew we were in trouble when Chuck appeared before us not long after we arrived and said, “I think I’m a little buzzed! I just had Buddha in Your Pants!” To be sure Chuck was a little buzzed, but there was no beer called “Buddha in Your Pants.” Although that is a funny name, it was actually Stormcloud Brewing Co.’s  “The Early Buddha Gets the Worm – Tequila Barrel Aged Imperial IPA” that had Chuck’s head spinning.

The game plan was to hit Dark Horse Brewing, Shorts Brewing and Greenbush Brewing before the gates opened at 1:00 pm. The lines tend to be long for these breweries, although not more than a 3-4 minute wait, but if there is a specific beer you’d like to sample, such as “Buddha in Your Pants” you had better bee-line to that brewery. We are Michigan Brewers Guild Enthusiasts members and with it comes VIP status, which includes one hour early admission to all 4 of the Michigan Brewer Guild festivals. It has a bunch of other perks too, like VIP Tours and Tastings and discounts at participating member brewpubs. 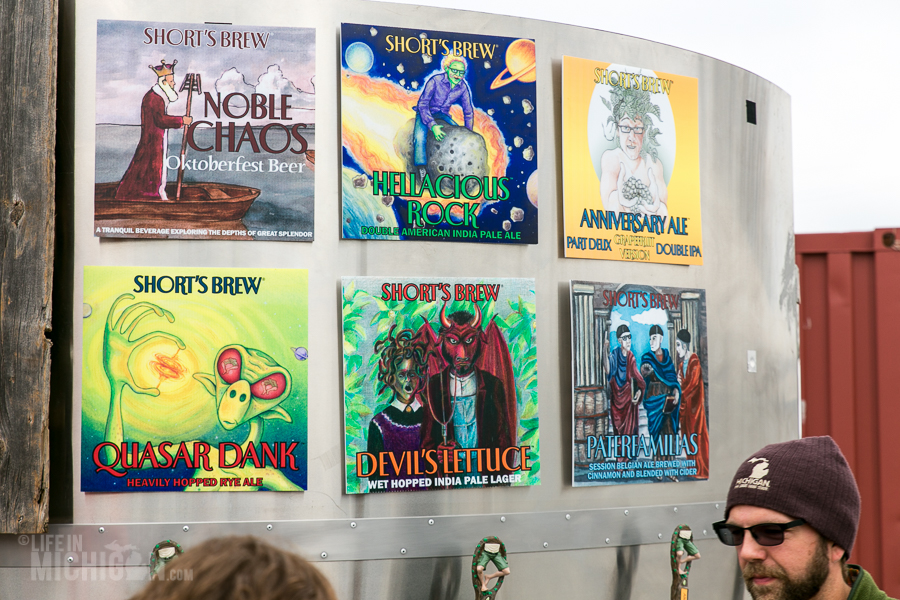 This was the very first beer I sipped during the festival. I asked the pretty woman pouring for Short’s Brewing what she recommended and without hesitation she said, “Hellacious Rock.” Thank you! It was delicious. 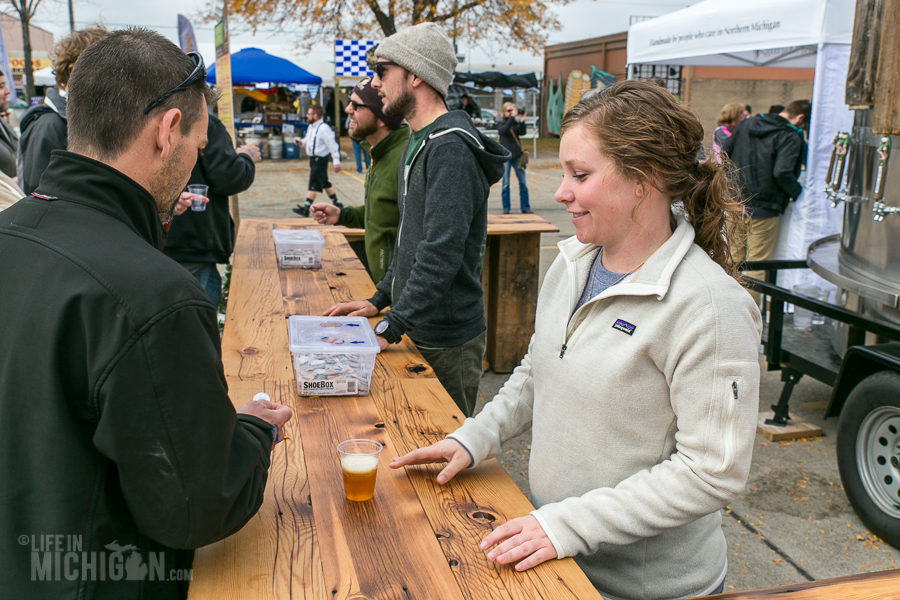 Chuck maintains that “Buddha in Your Pants” aka as “The Early Buddha Gets the Worm – Tequila Barrel Aged Imperial IPA” was a contender for best beer. Since, it was gone by the time we arrived at Stormcloud’s table we had to take Chuck’s word for its deliciousness. 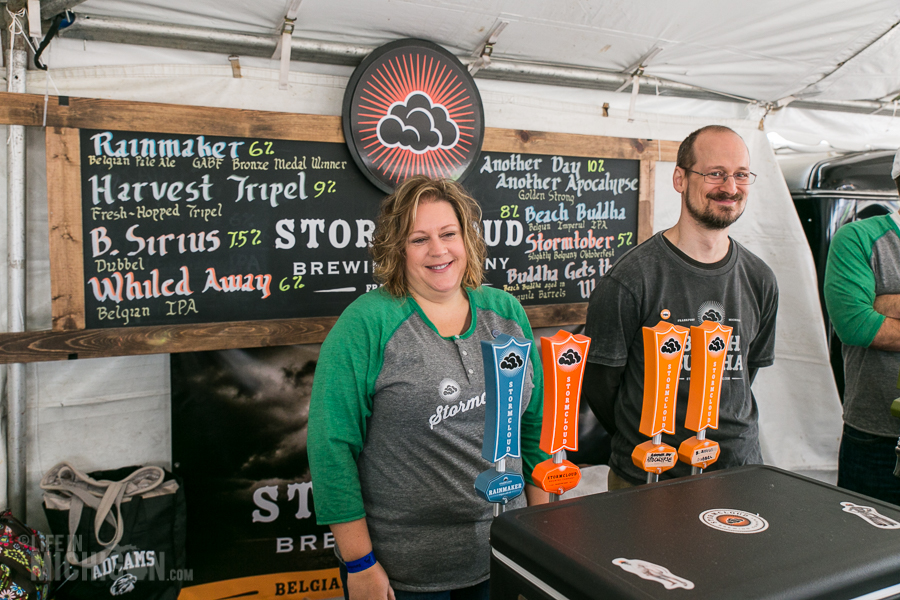 New Kids On The Block

There were a couple of new kids hanging out in Detroit with us this year. We had heard really good things about River’s Edge Brewing Company. They served some tasty beers, with the Mile Away IPA being a winner for us. 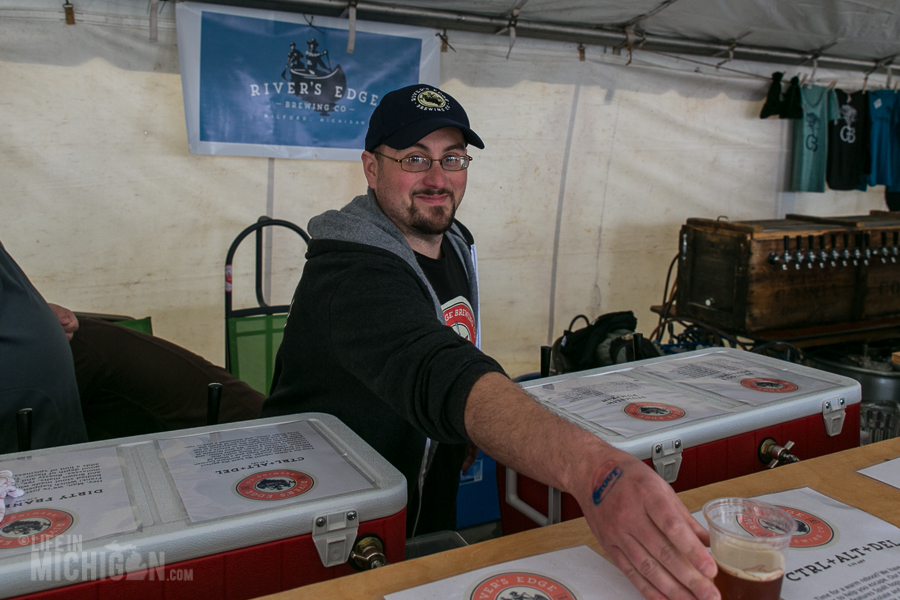 We didn’t get a chance to stop by Pigeon Hill Brewing Company during our trip home from the U.P. Beer fest, so we made a point to drop in and try their brews. Both the Renegade White and Shifting Sands IPAs were very nice. 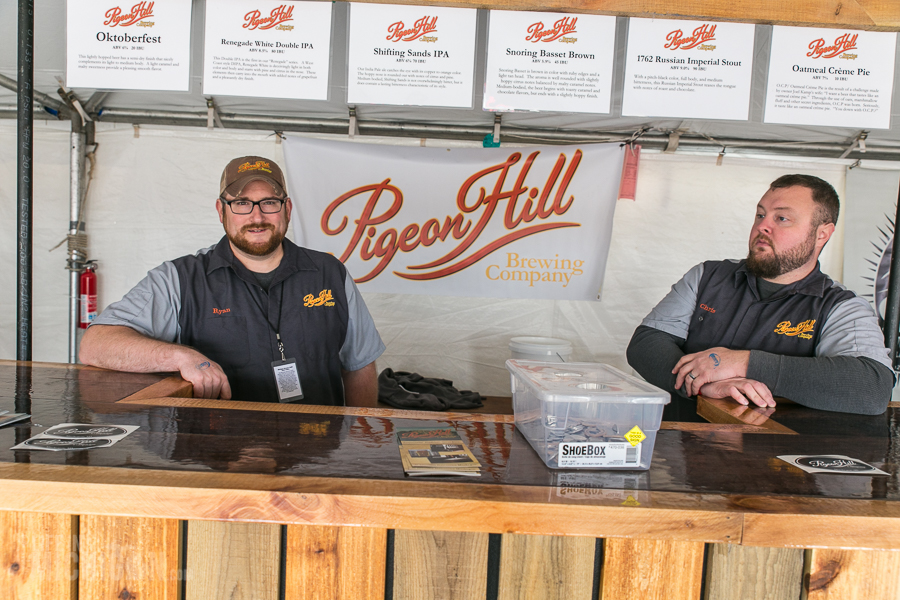 It is sort of like a “Tap Take Over” but the taps don’t change just the people serving it. I have a hunch that the concept for the Dark Horse/Kuhnhenn tap assault was conceived at the U.P. Fall Beer Festival in Marquette.

At 3:30 the good people from Kuhnhenn took over the taps at the Dark Horse table. 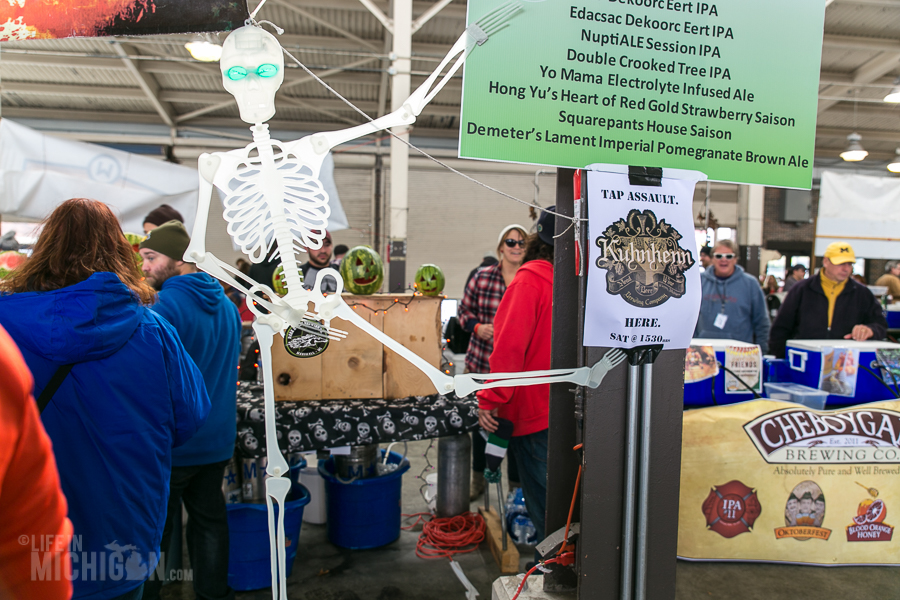 And the good people from Dark Horse took over the taps at Kuhnhenn’s table. Tiffany and Wiggs were pouring for Dark Horse. You’ve got to love both of them. Tiffany has a way with words to be sure. 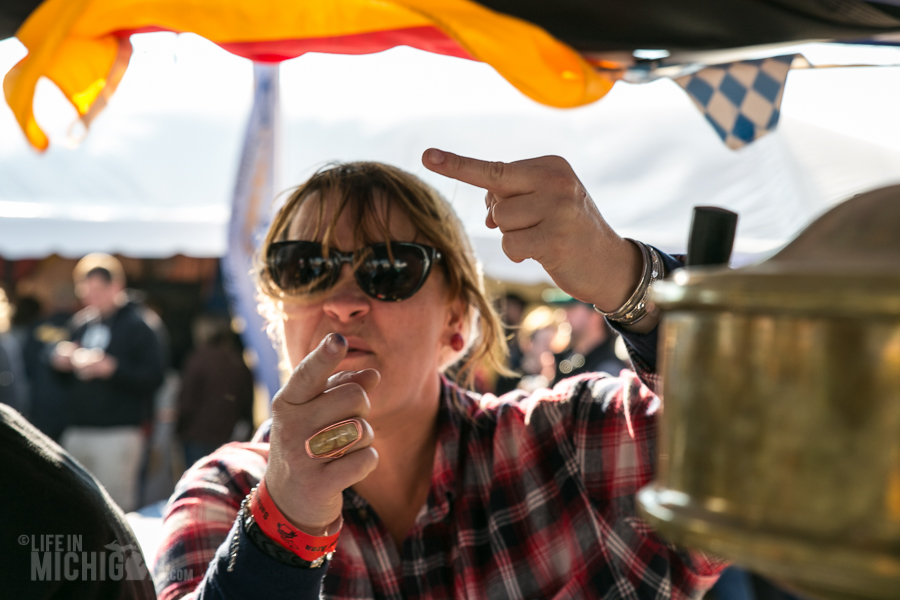 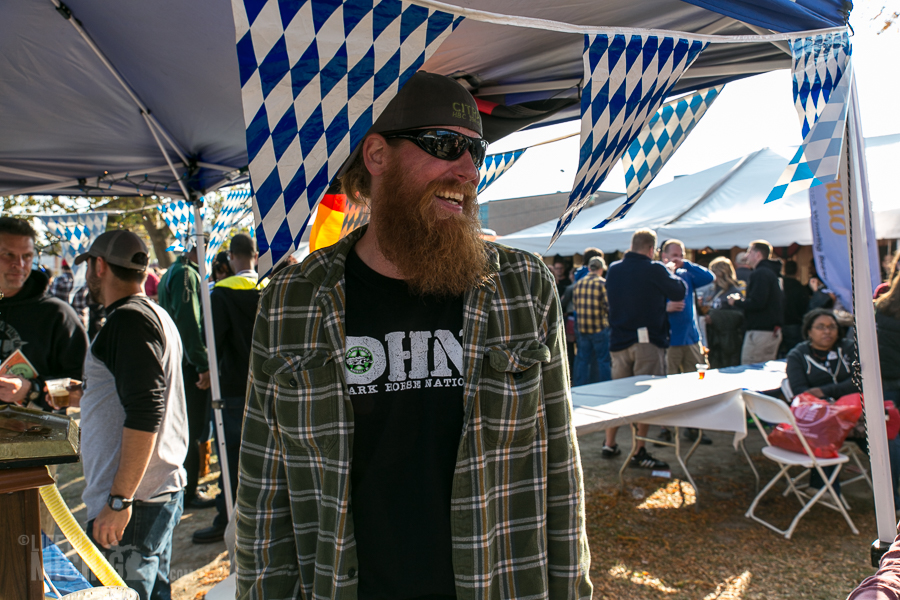 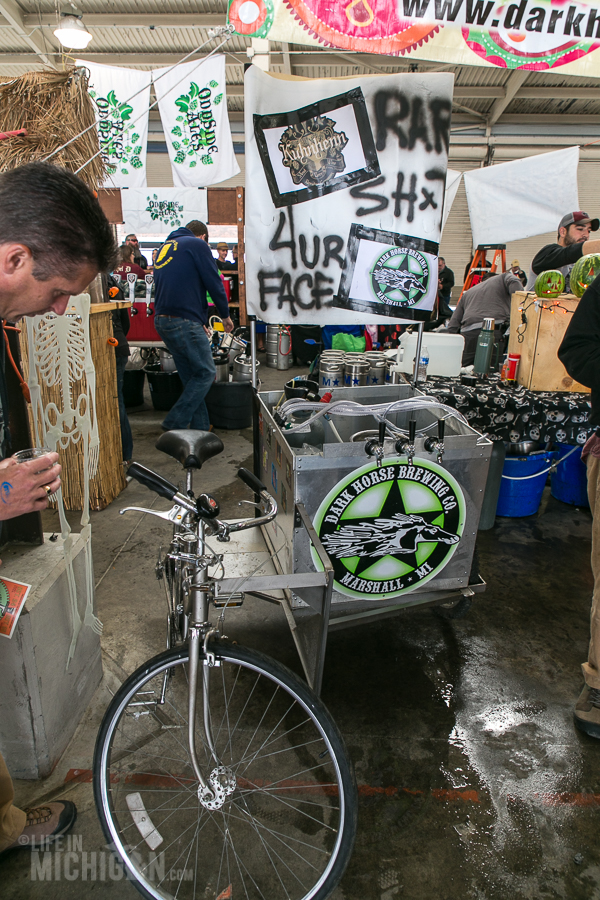 Wiggs from Dark Horse and Jon from Kuhnhenn took the show on the road and served some high octane beers midway through the day. 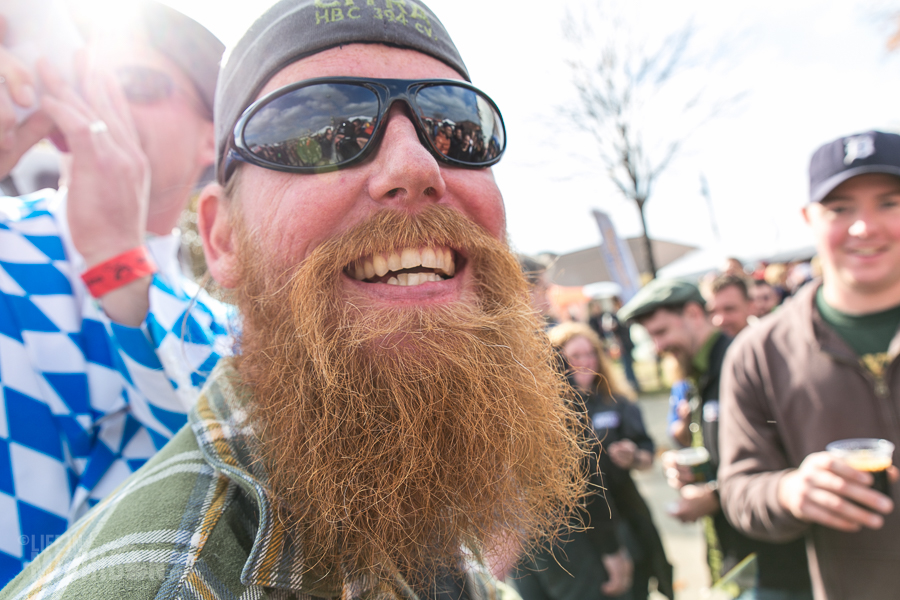 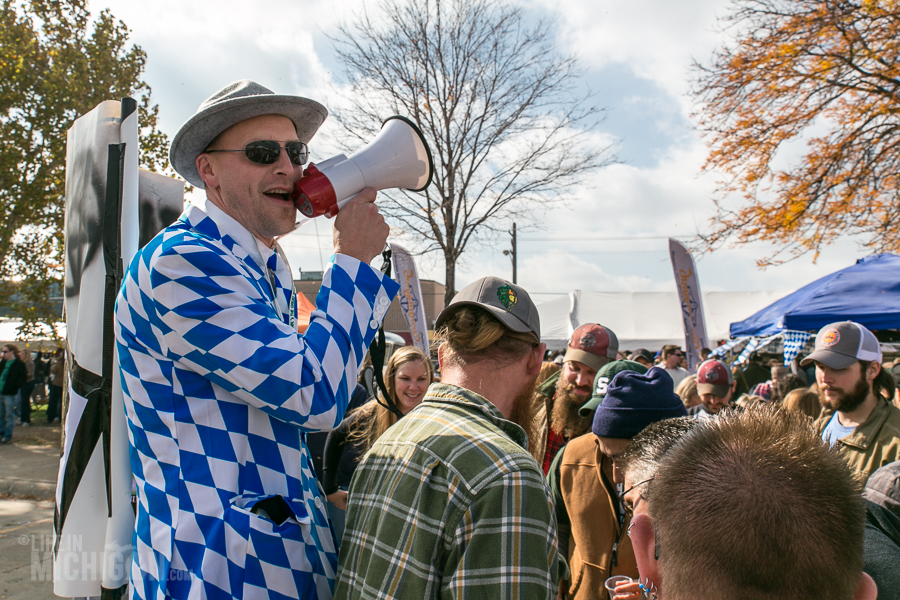 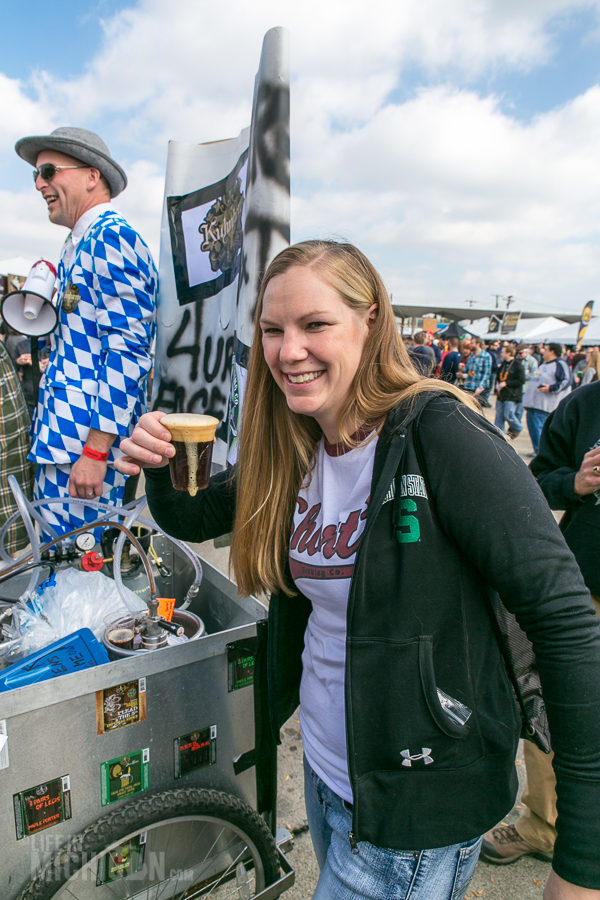 Chuck always arrives home with a pocket full of business cards and new Facebook friend requests. I’m not exactly sure what to make of that and will leave it alone for now.

I’ll buy a beer for the first person to guess the names of these two bearded gents. 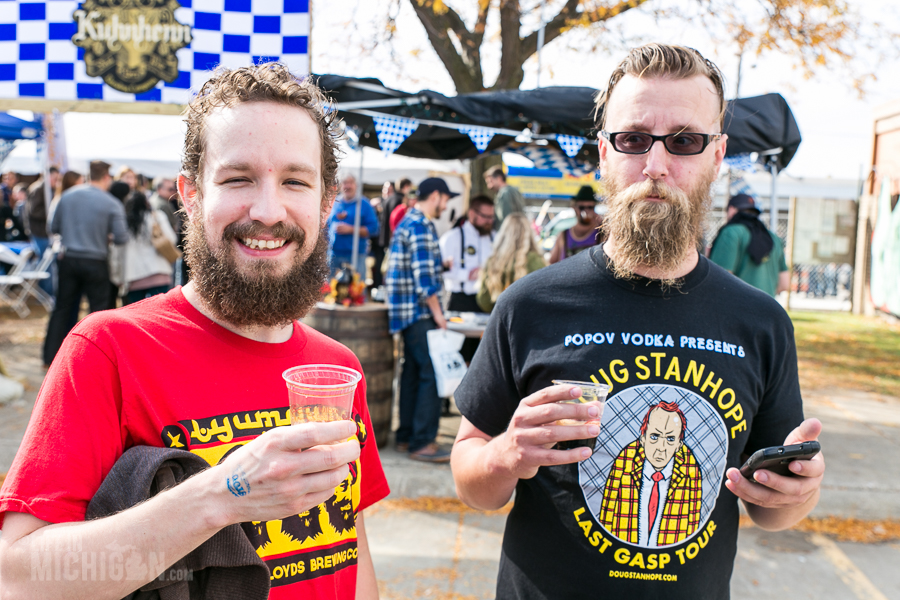 Victor was hugging on Paul Brady from Walkerville Brewery located in Windsor, ON. I’m guessing he maybe Irish! 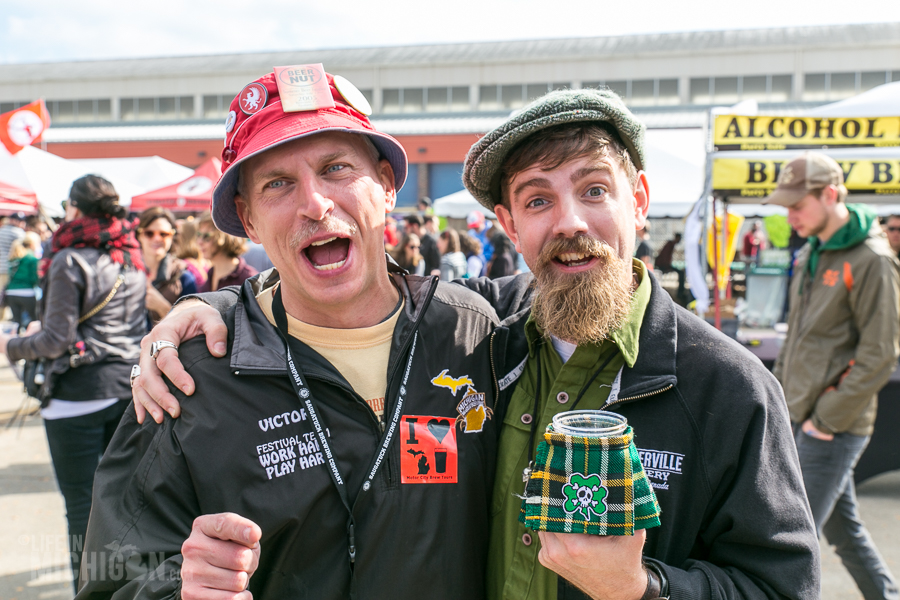 We even made friends with the folks from Dragonmead. They are pretty cute, I think we should make our way to Macomb, Michigan for a beer. 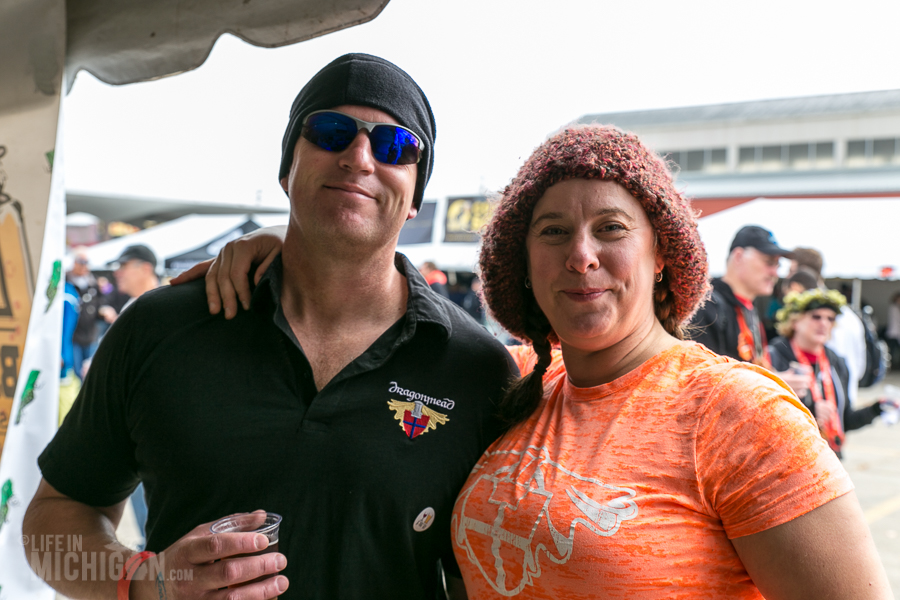 We first met Beach at the U.P. Beer Festival. I can’t honestly remember when we “Friended” Jen from Greenbush. It’s been a while, we love them both. 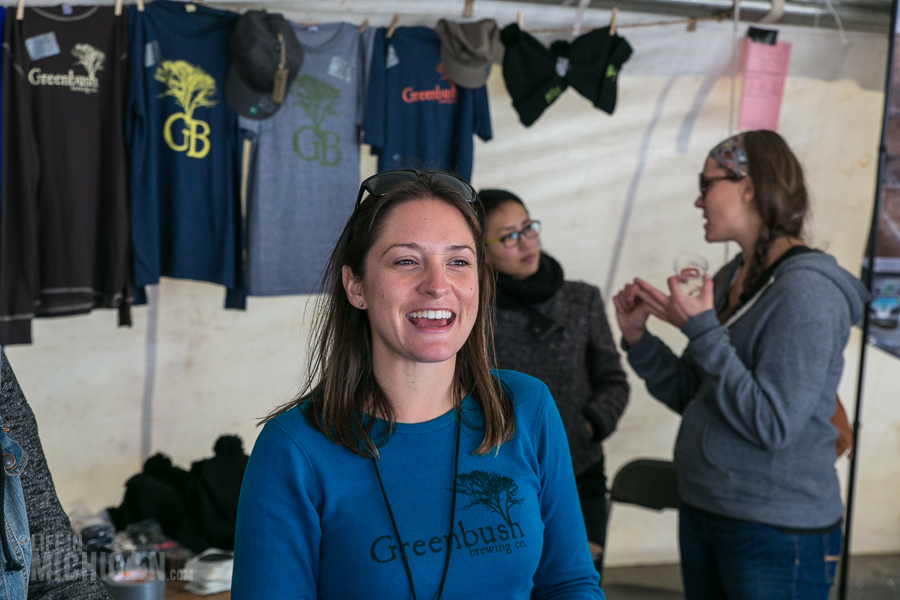 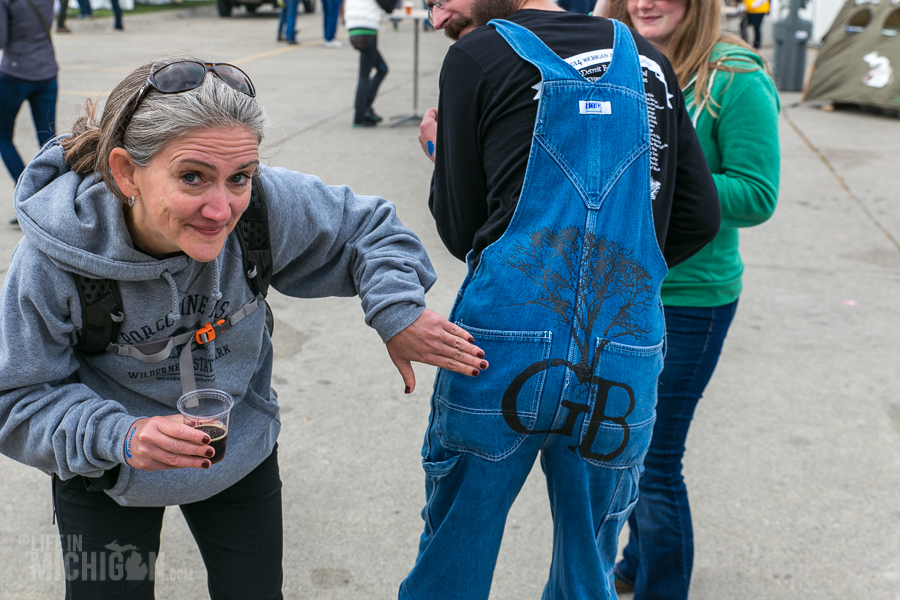 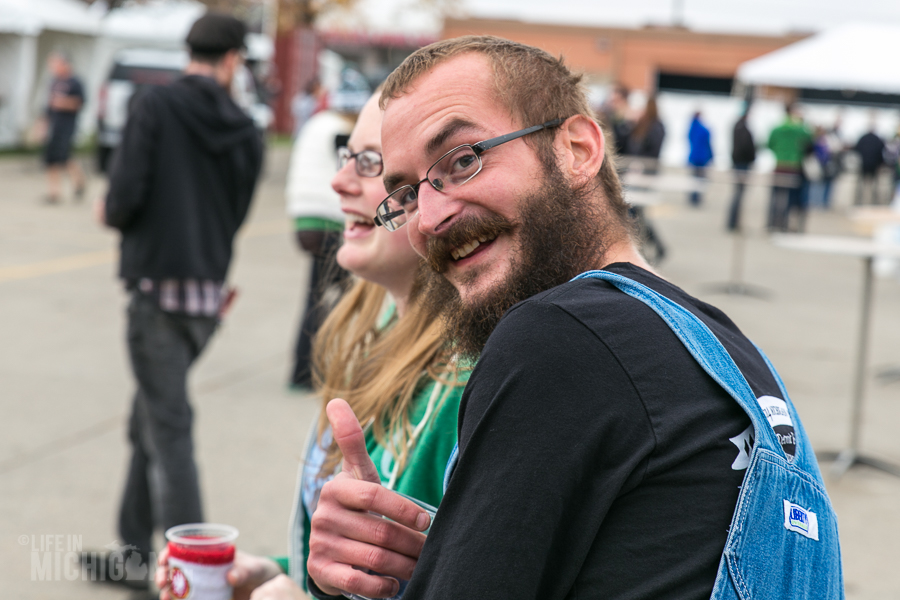 Marty All Over Michigan

Chuck friended Marty during the Winter Beer Festival, which by the way was an epic hangover. If you’re looking for a photographer, and CHUCK IS NOT AVAILABLE. Just saying… 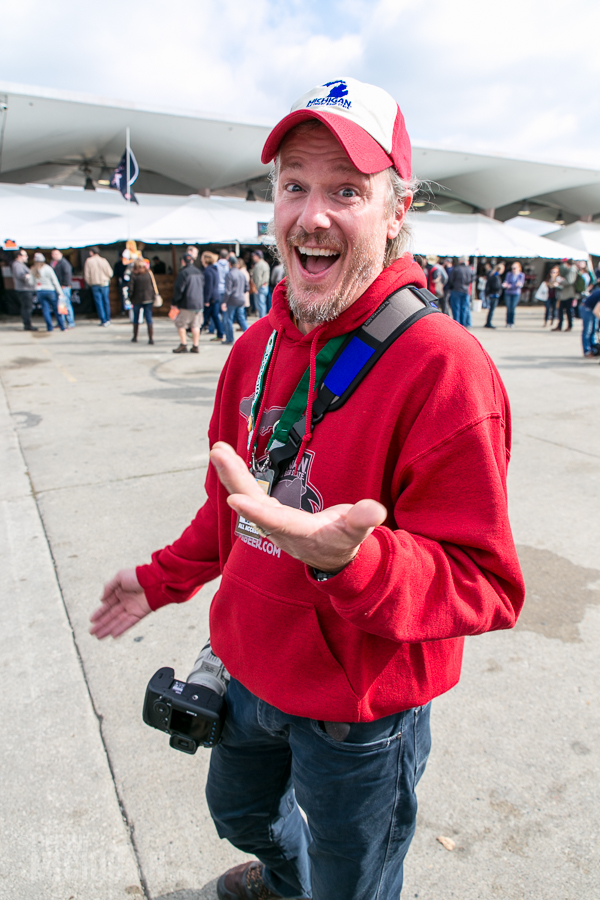 We love Dark Horse Brewing — they are old friends. 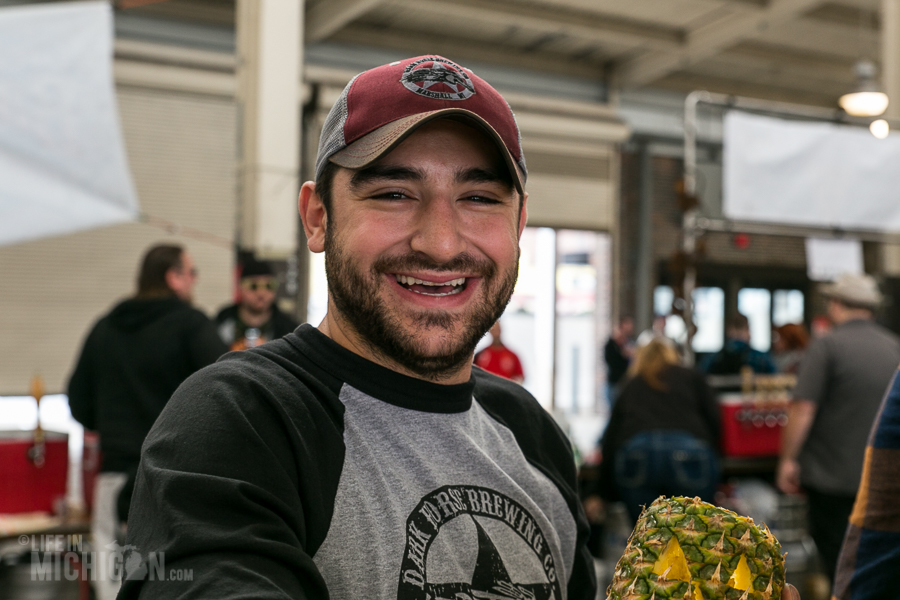 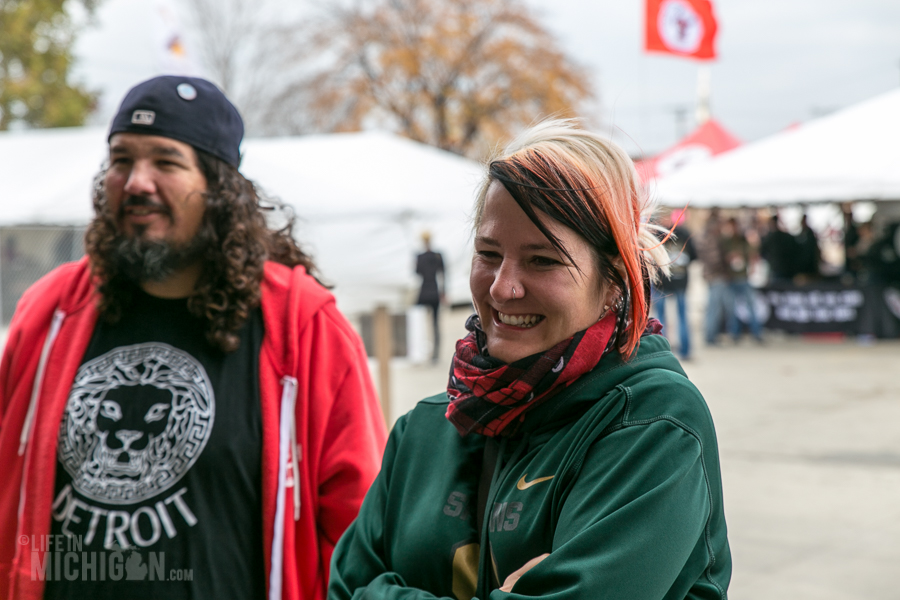 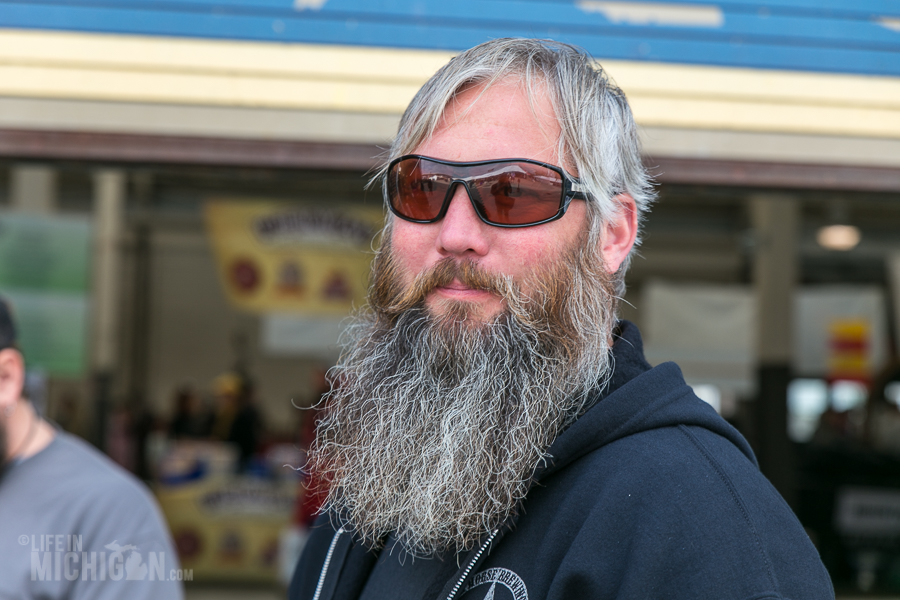 Are you looking for a beer expert? He is your man! 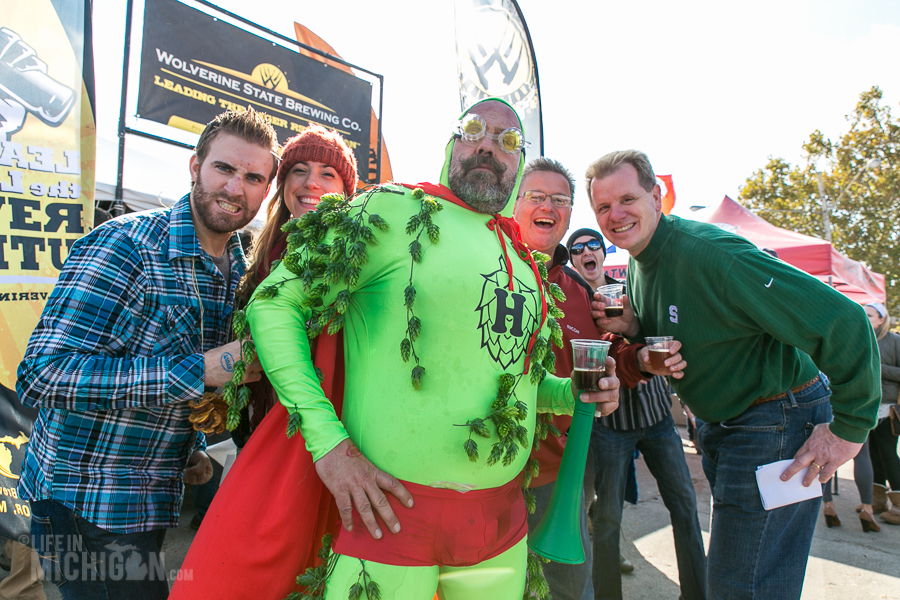 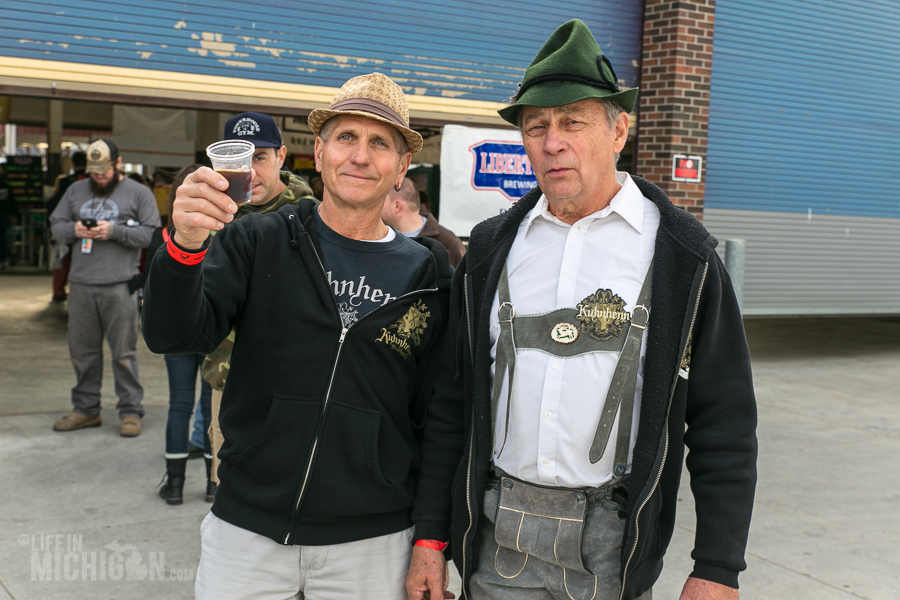 Bob from the Brewers’ Guild 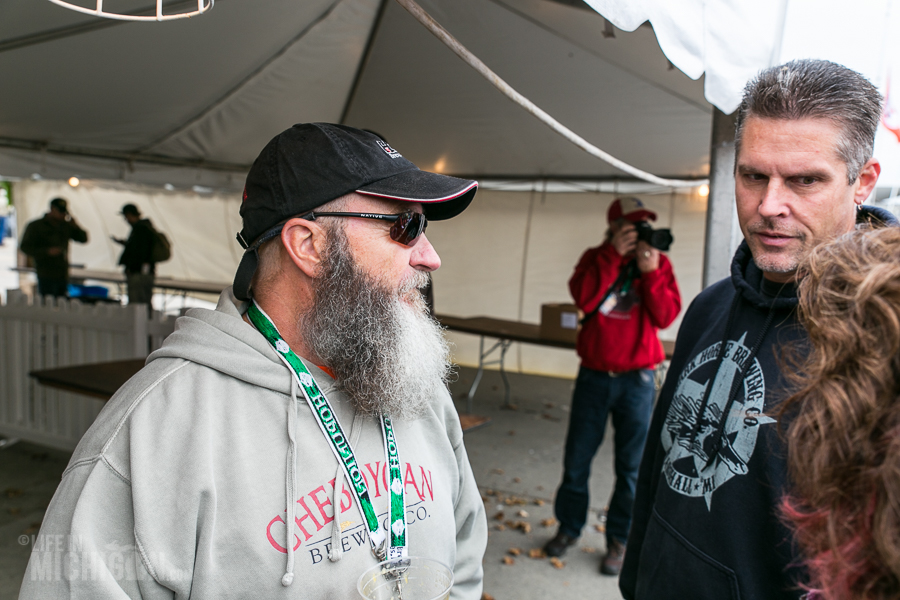