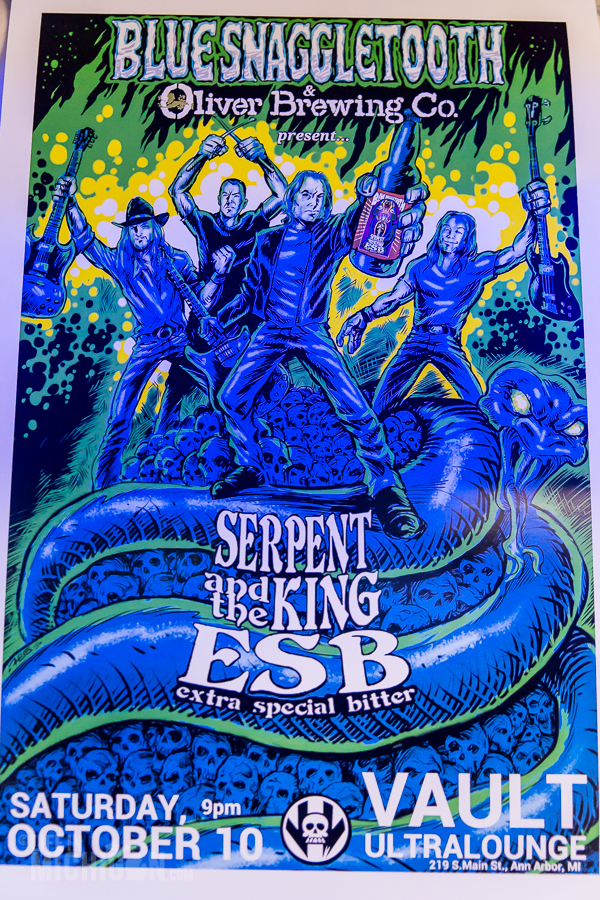 Serpent and the King ESB

While you may know Blue Snaggletooth for their righteous riffs and stellar grooves, Oliver Brewing Company has shown their love of their music by creating Serpent and the King ESB (extra special bitter). The only other Michigan musician we know of that have a beer named after them is Scotty Karate brewed by our friends at Dark Horse Brewing. This puts Blue Snaggletooth in some damn good company. Oliver Brewing offered to pay the band for the use of their name, but the guys in Blue Snaggletooth decided to get paid in beer. You have to love that! Mike Popovich (drummer) and his wife Michelle, headed out to Baltimore to pick up some of the precious cargo that the brewery bottled up especially for them. Casey O’Ryan (guitars) came up for the concept artwork for the label. That would make for a pretty cool looking tattoo. 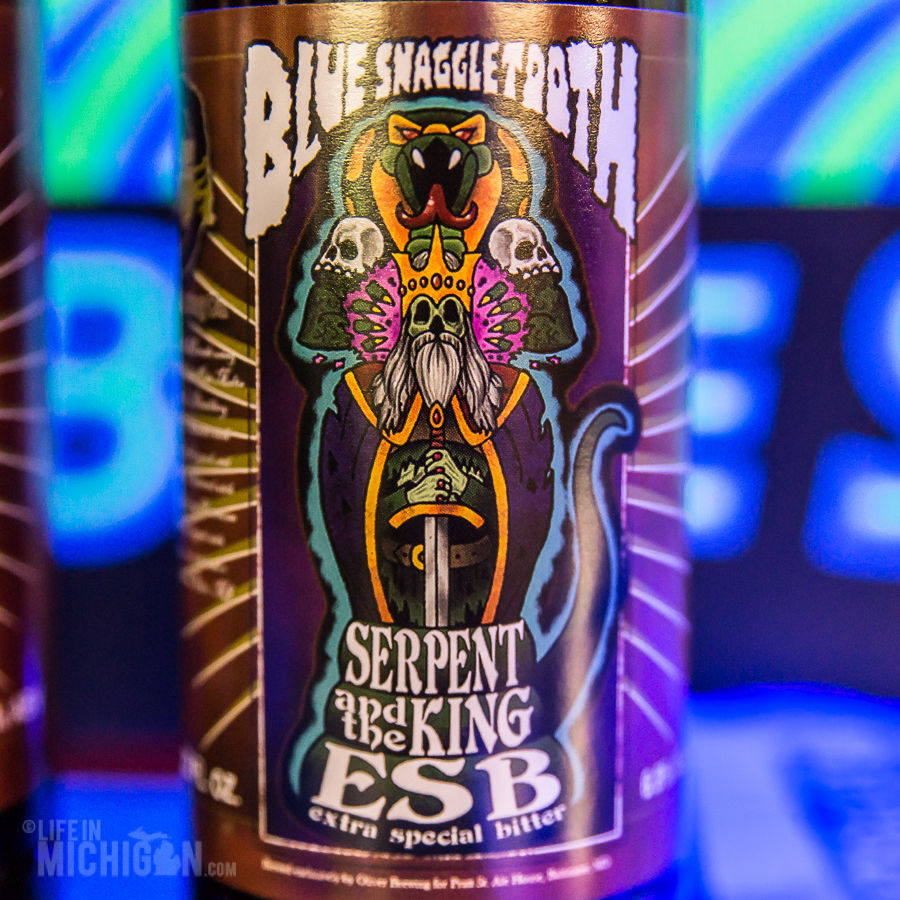 Beer tasting at the Ultra Lounge 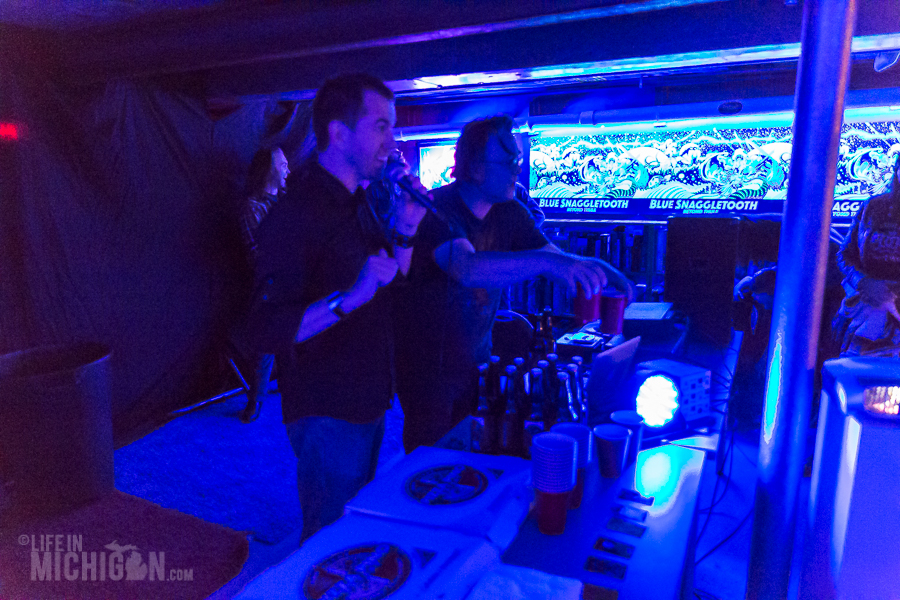 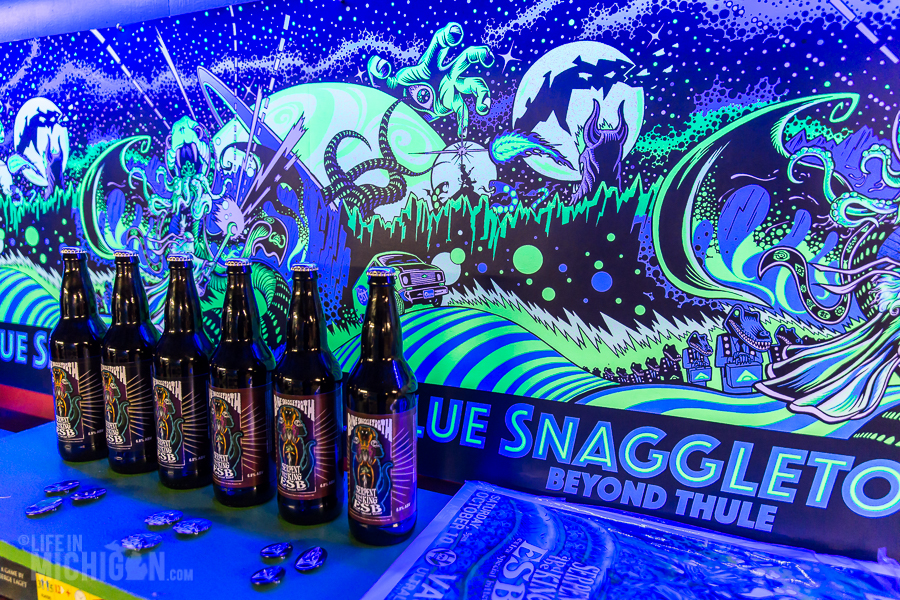 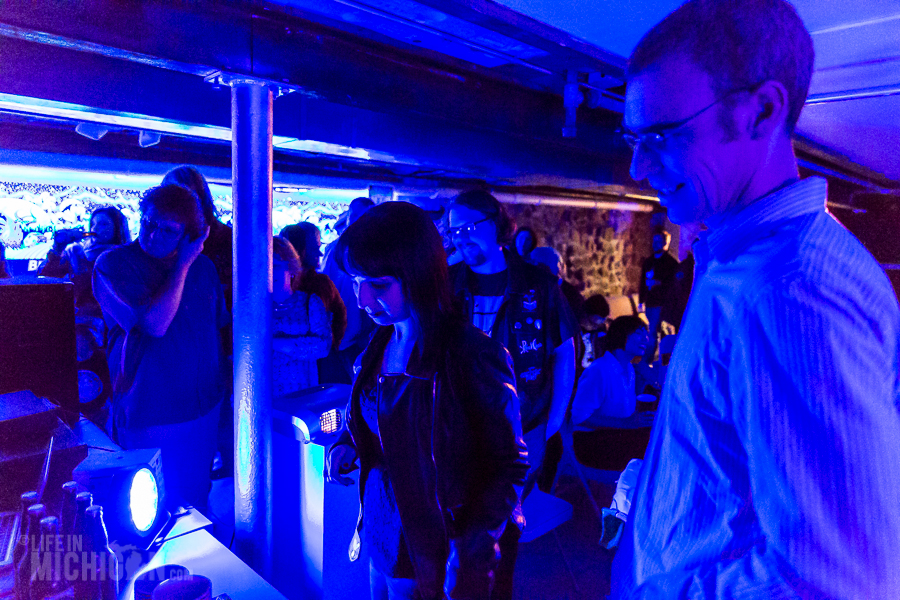 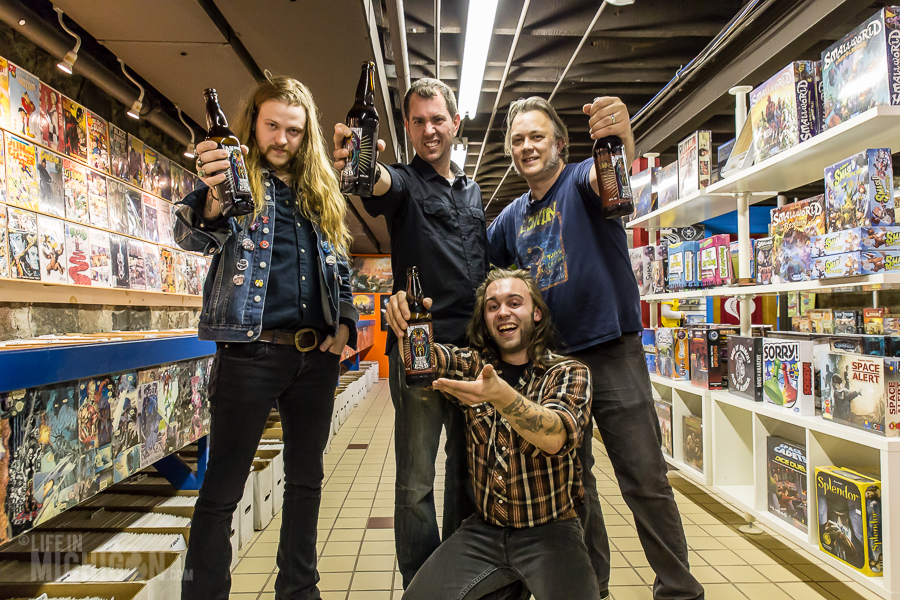 You may be wondering how the Serpent and the King ESB tastes. I can report that it is a great beer with a delicious malt taste balanced with just the right amount of hops. It is definitely an excellent beer to have while relaxing with friends or jamming to some Blue Snaggletooth. A bonus Michigan connection to Serpent and the King is that is it dry-hopped with hops from Golden Hop Farm in Charlevoix, Michigan.  Jayna Berger from Golden Hop Farm made it out to the beer tasting and picked up a bottle for home. 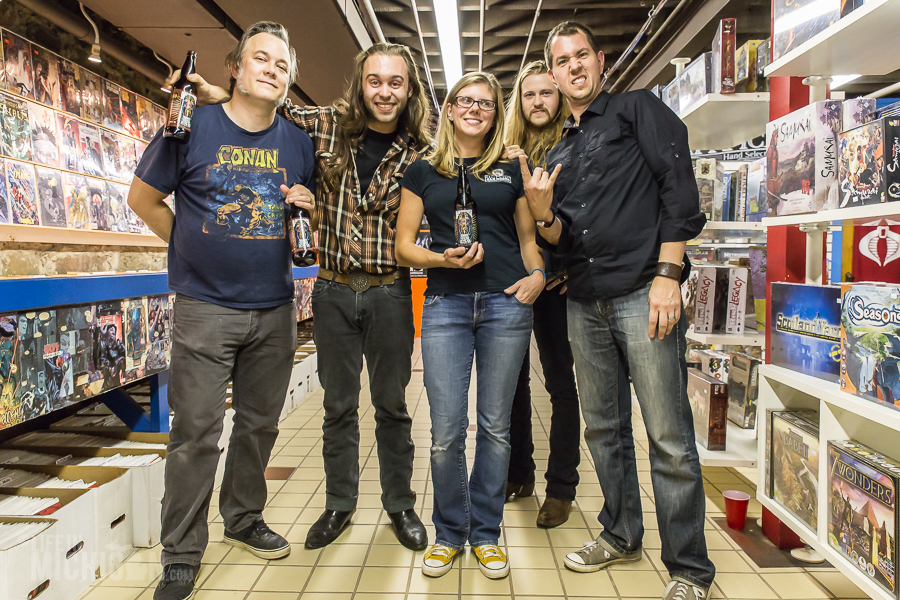 As if this event wasn’t awesome enough, it also included a display of artwork by Jeremy Wheeler of BANG! Media. Jeremy has done a lot of the fantastic artwork that has adorned Blue Snaggletooth album covers, posters, and t-shirts. His work captures the essence of rock music in bold imaginative images that captivate the eye. 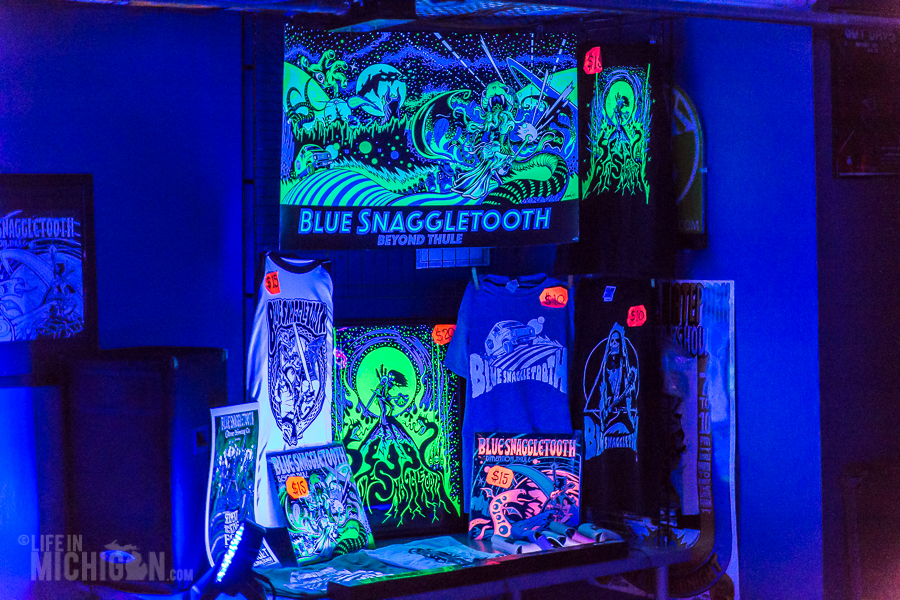 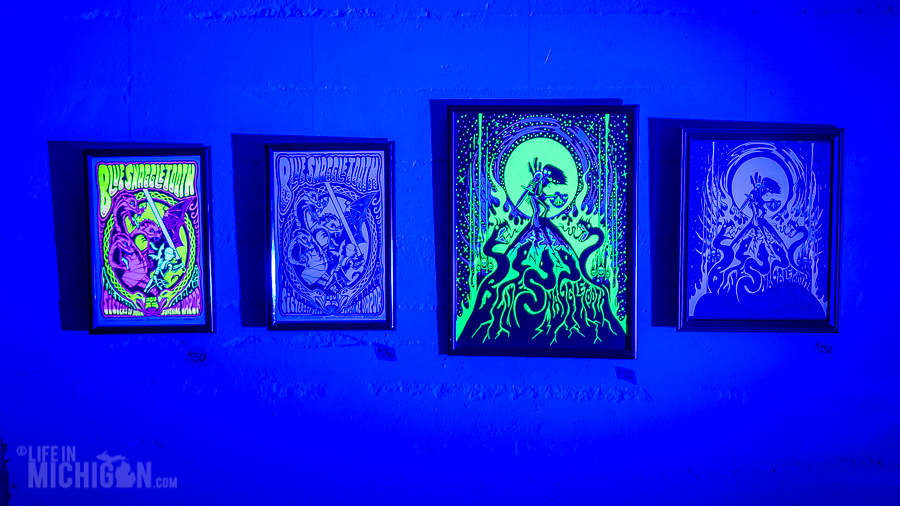 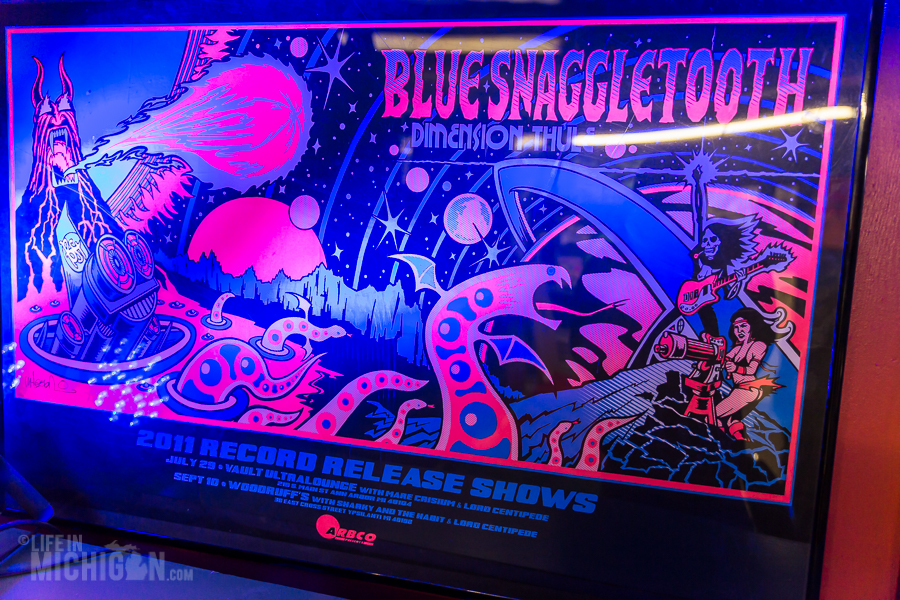 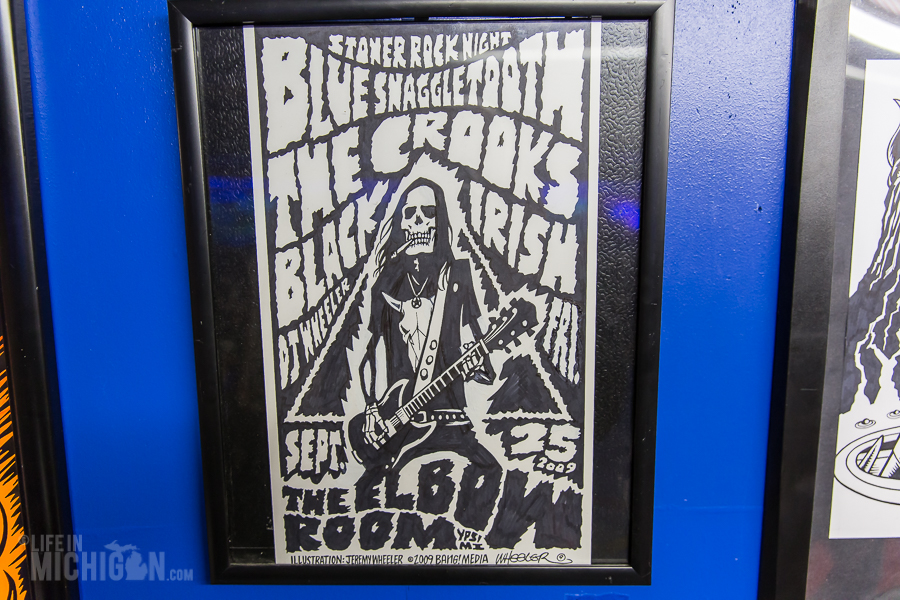 Be on the watch for Jeremy’s work to be at the Ann Arbor Art Center on January 15th through the 31st as part of GIG: Art of Michigan Music which Life In Michigan is putting together to jump start 2016.

Give us a shout if you were at the Serpent and the King ESB beer tasting or if you had the beer at Oliver Brewing in Baltimore. Share your story with us by leaving a comment or send us a message. Be sure to stop by the gallery to see more pictures from the event.