Speedgod – A final celebration of music 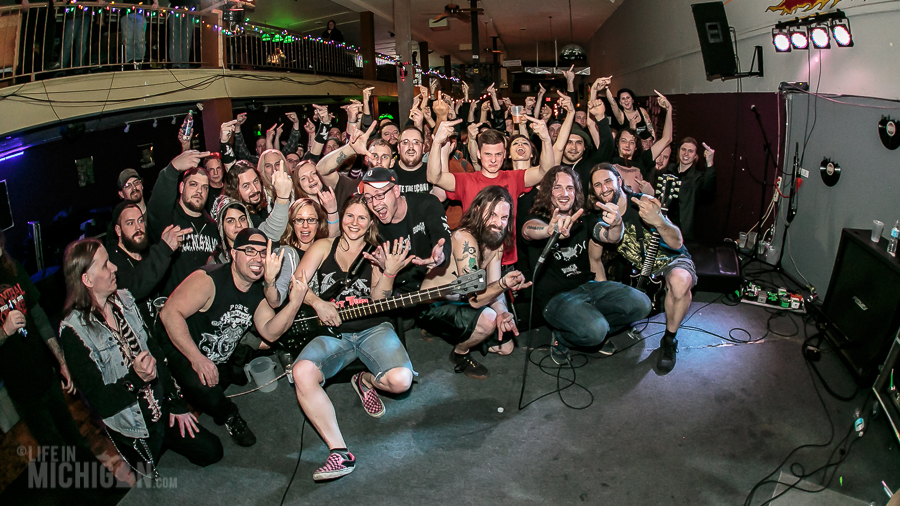 It is a sad day when a supremely talented group of musicians decides that their path in life leads to the end of their band. Such is the case with Lansing, Michigan’s Speedgod who managed to become one of the preeminent metal bands in the region in just 3 years while only releasing a single EP. In a show of appreciation for all the love and support they have received in the metal community, the band threw a farewell party at the Avenue Café. 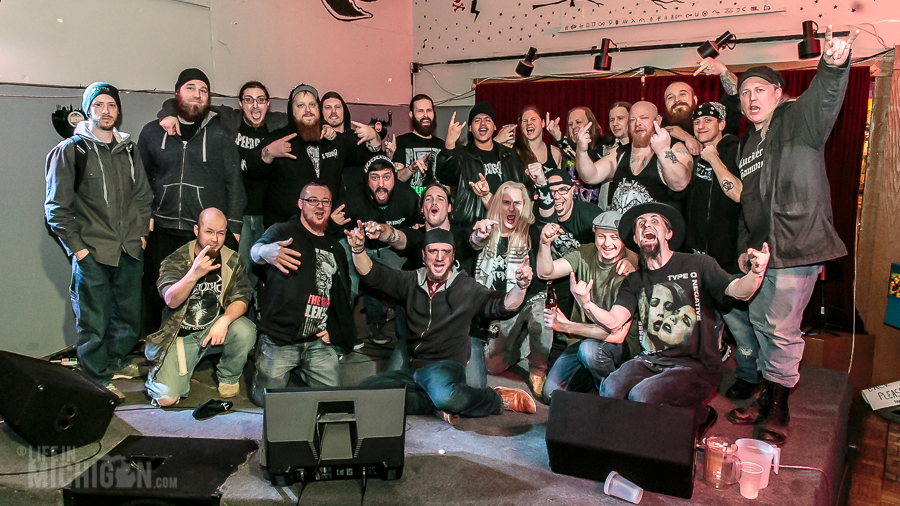 The doors have only been open for a brief time and already there is a swelling of people congregating near the bar and moving up toward the stage as From Blue To Gray hustle to get in a quick sound check before starting their set. The small stage can barely contain this band’s explosive performance. 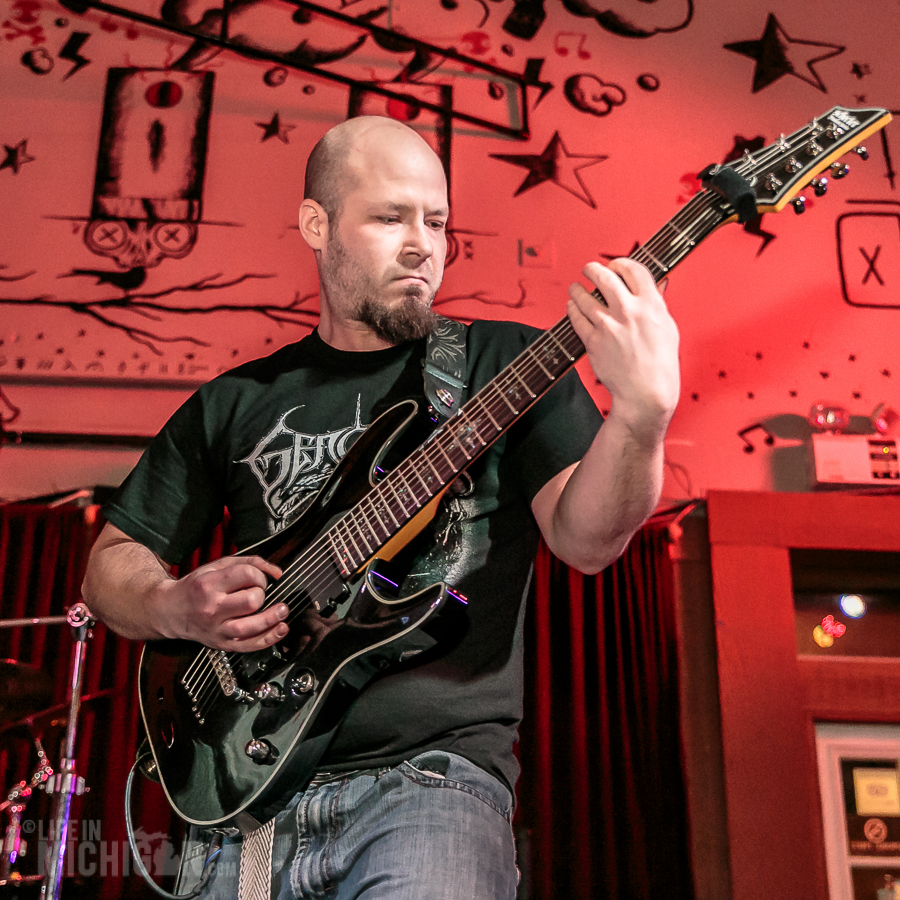 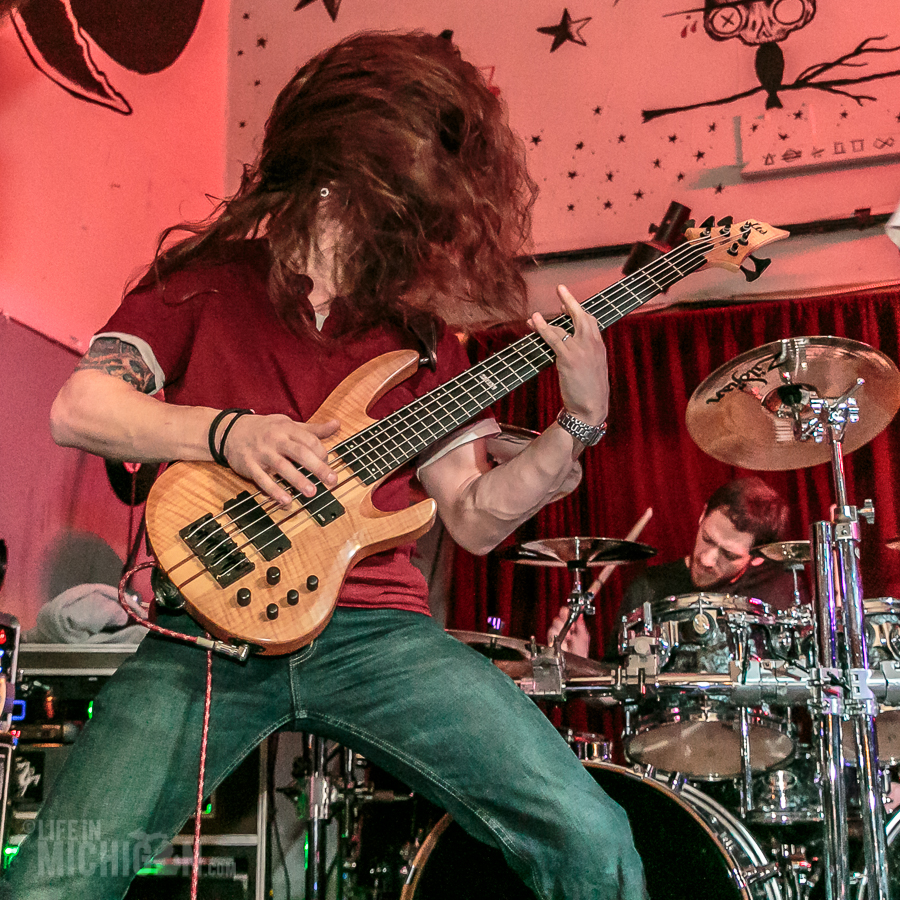 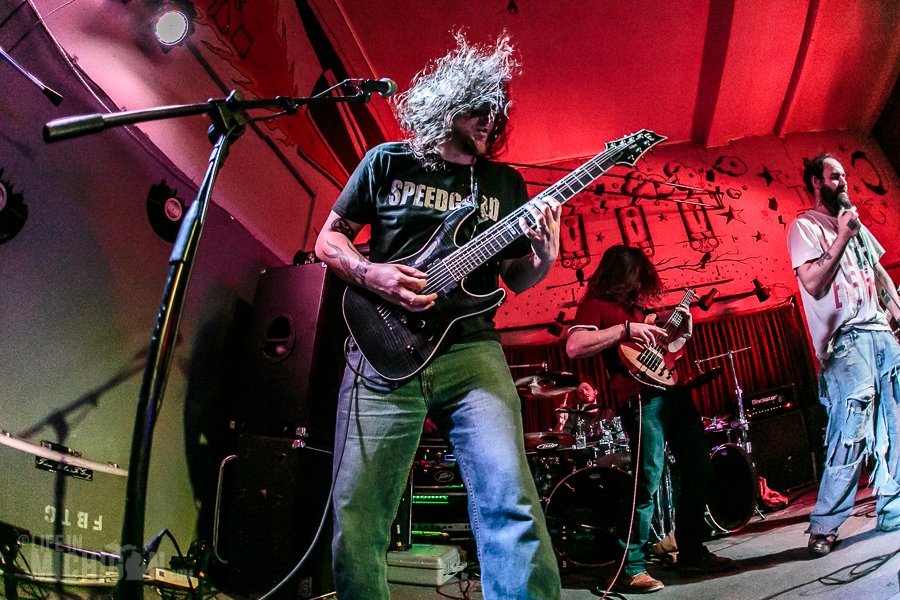 Dan Graham’s blistering pace on the drums is matched with the fleet bass lines of Jordan Myers. This dynamic rhythm section allows the twin guitars of Dave Jaber and Tim Drexler to unleash cascading riffs adorned with compelling solos. The vocals of Dale Fewless complete the sonic landscape with a deafening roar. 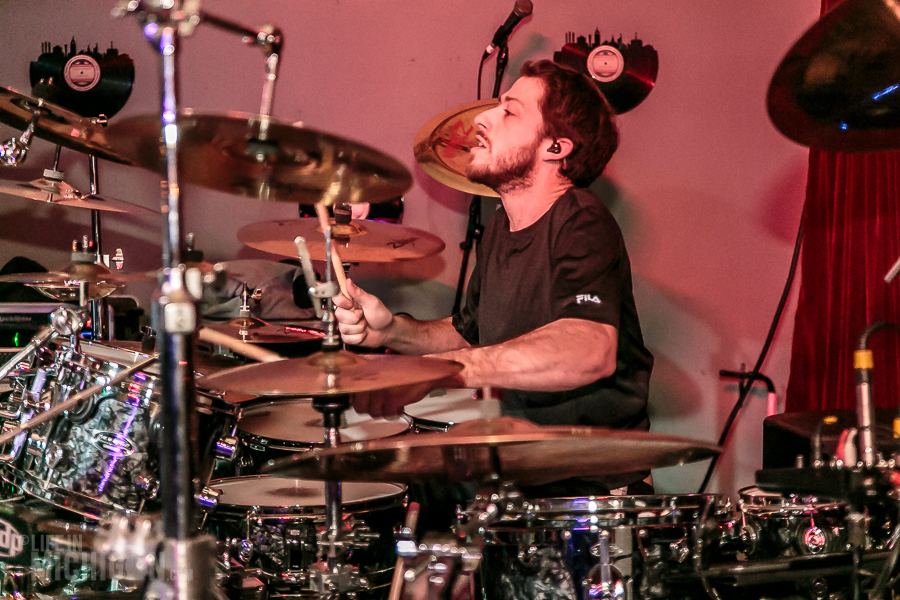 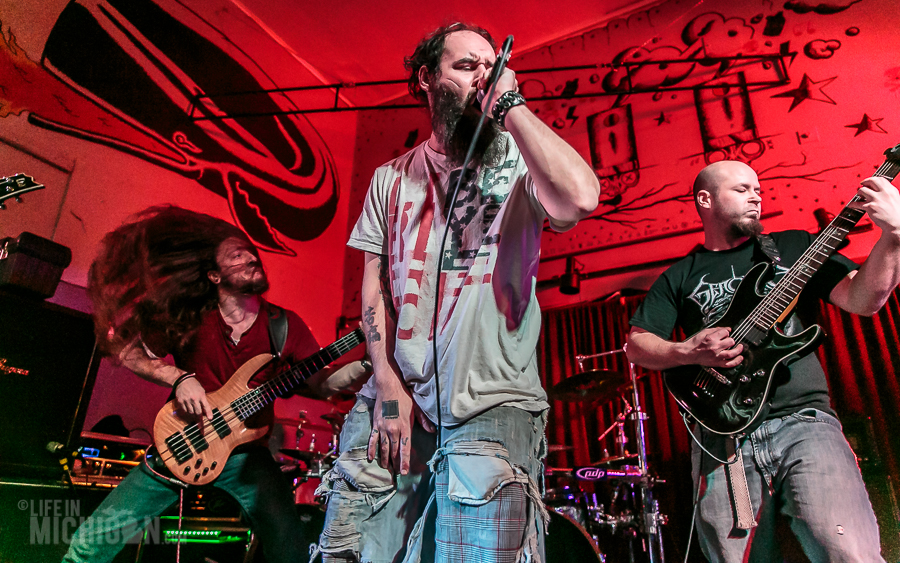 Stop by the gallery for more of From Blue To Gray

After The Minor bring rage and delicate beauty wrapped inside a storm of metal music. Their performance is precise and crushing with heavy riffs that bear down upon the audience in waves. Drummer Dan Rodgers and bassist Josh Paris work as a unit delivering battering rhythms. 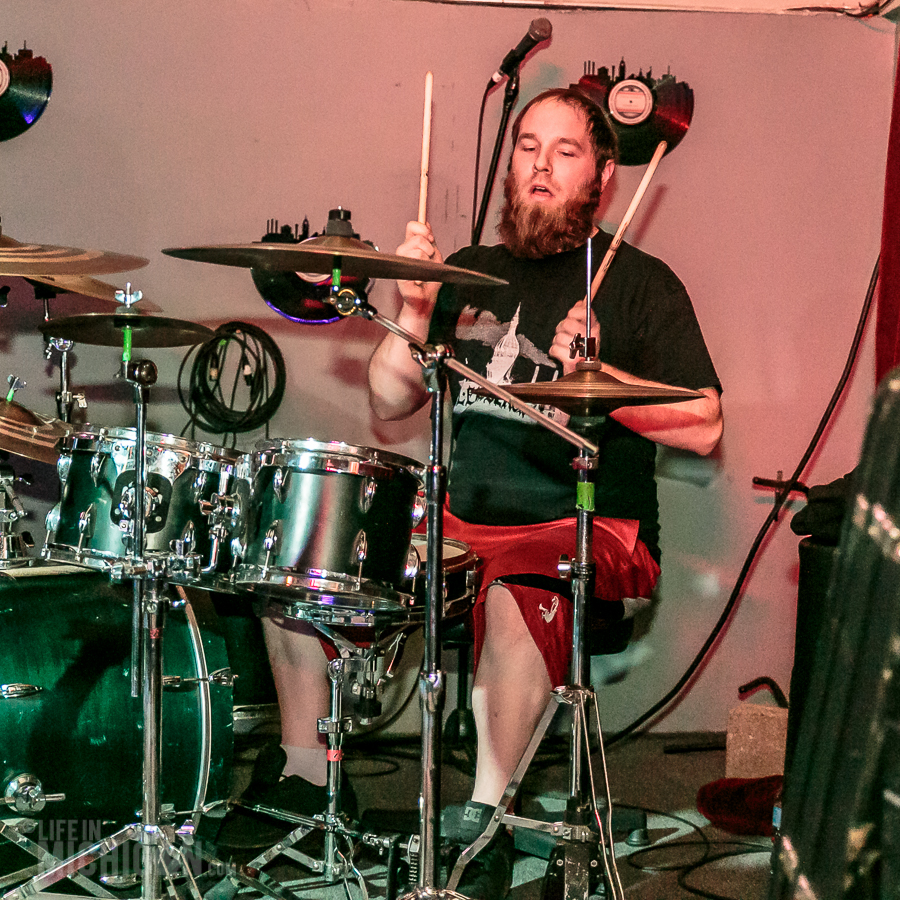 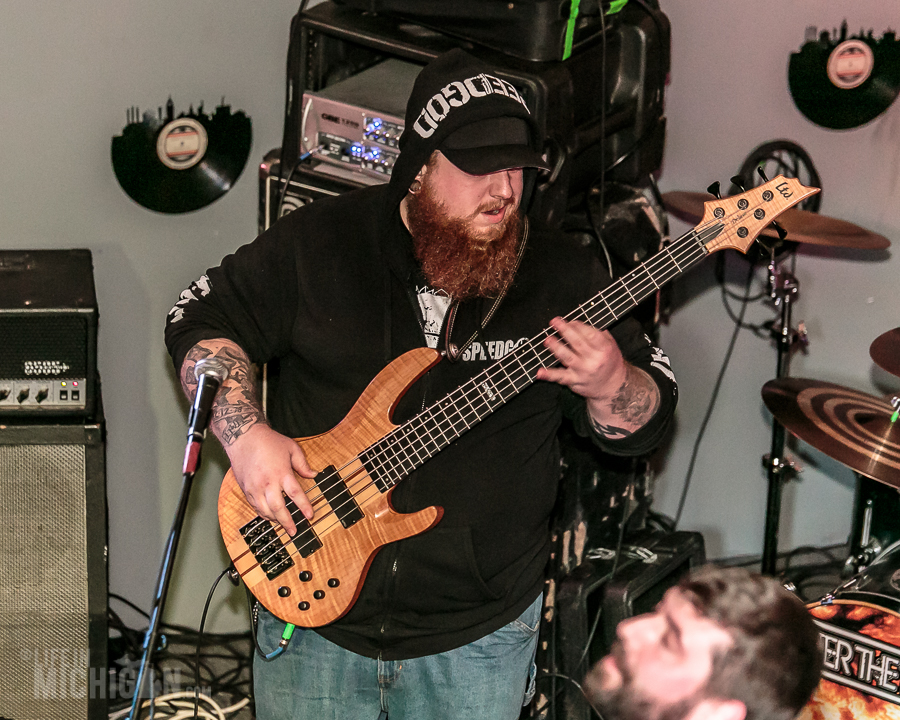 While the entire band is animated, singer Nic Ward and guitarist Mike Caudle take moving to the music to a new level. The music travels through them and amplifies the emotional context of each song. Lead guitarist Alex Ricketts is a monster technician with great feel delivering masterful and evocative solos. 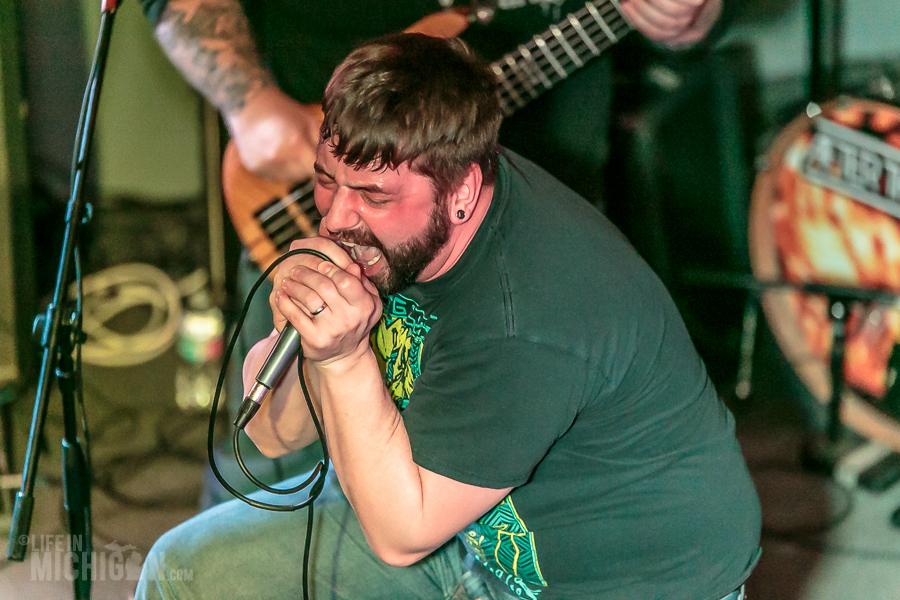 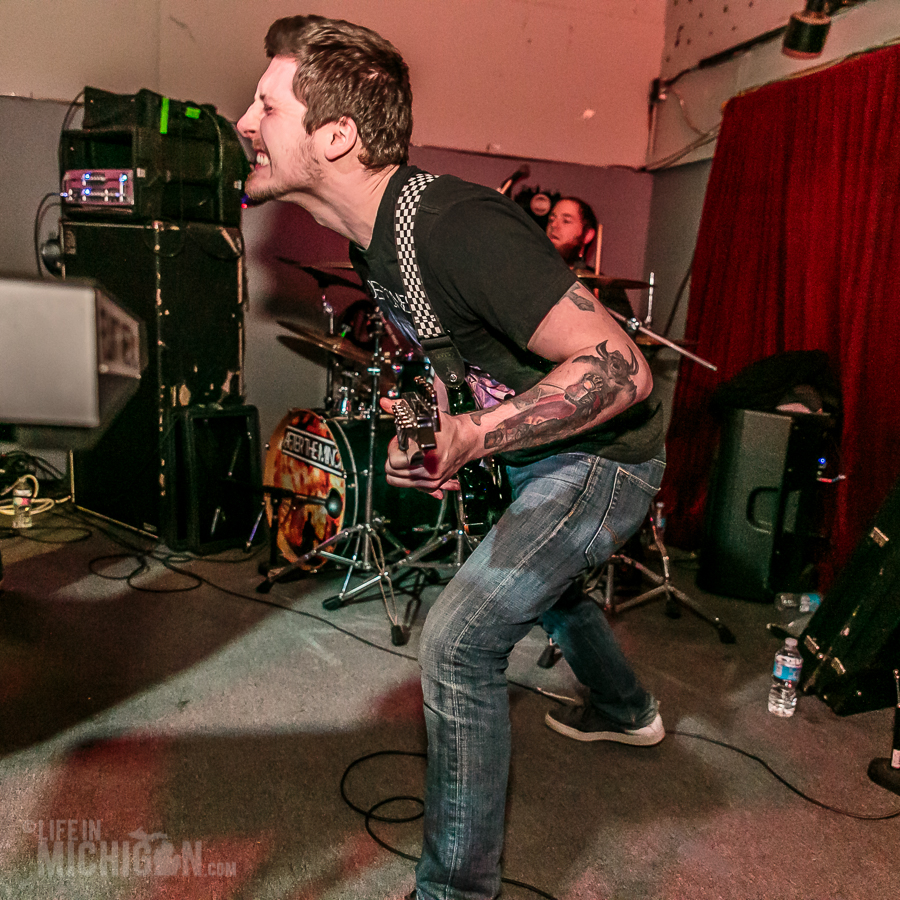 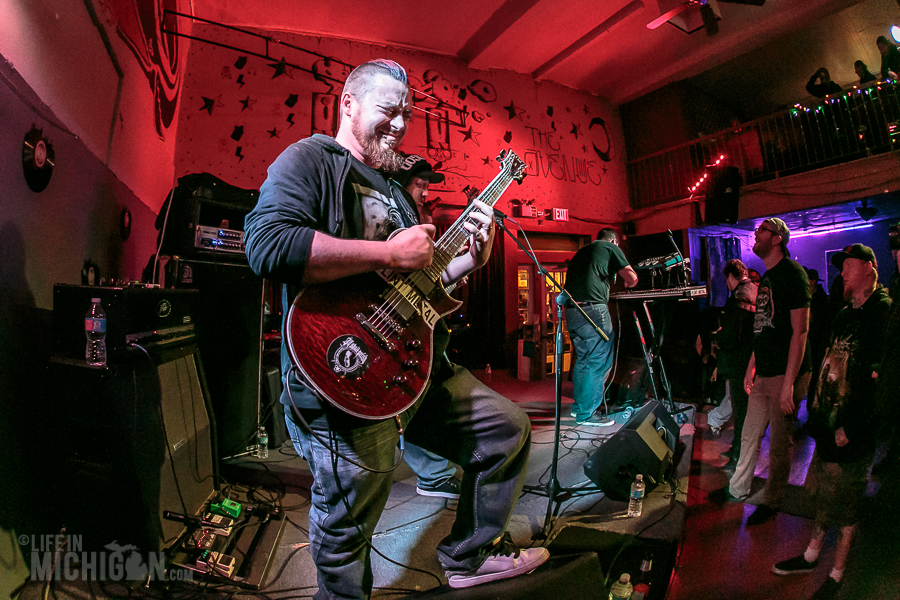 Check out the gallery for more of After The Minor

Bringing to mind the greats in metal music such as Sanctuary, Testament, and Exodus, Past Tense draw a frenzied response from the expanding crowd at the Avenue Café. They are coming off the heals of winning the Homegrown Throwdown at the Loft in Lansing. 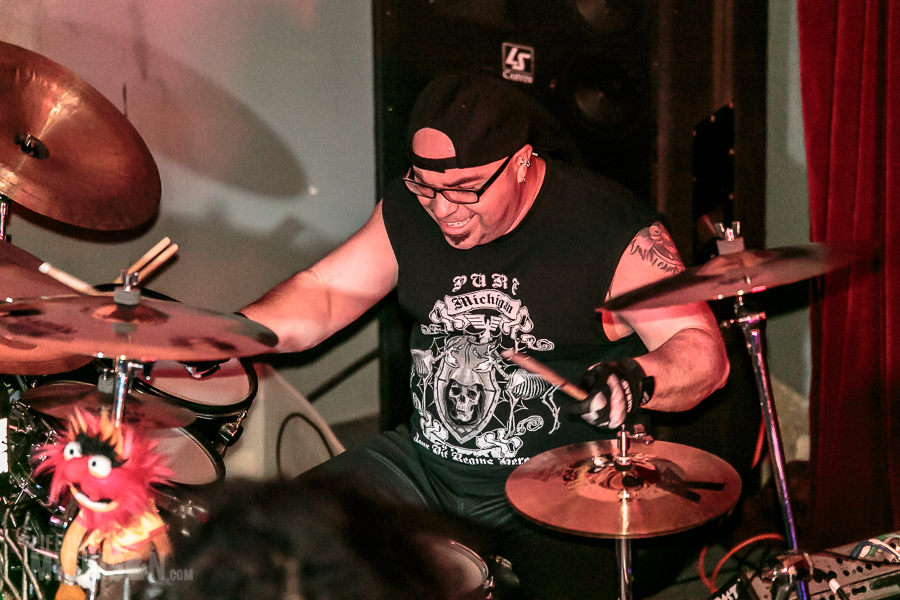 Right out of the gate, this band is delivering metal that is fast and furious. The twin guitar lead work of Tony Garza and Rich Bates brings to mind Randy Rhoads and Gary Holt with their blazing legato style. The vocals of Shannon Strobel are outstanding and shine brightly on a cover of Pink Floyd’s “Hey You”. Keeping this fine metal machine running at top speed is the work drummer Matt Noe and bass player Banzai Ryan. 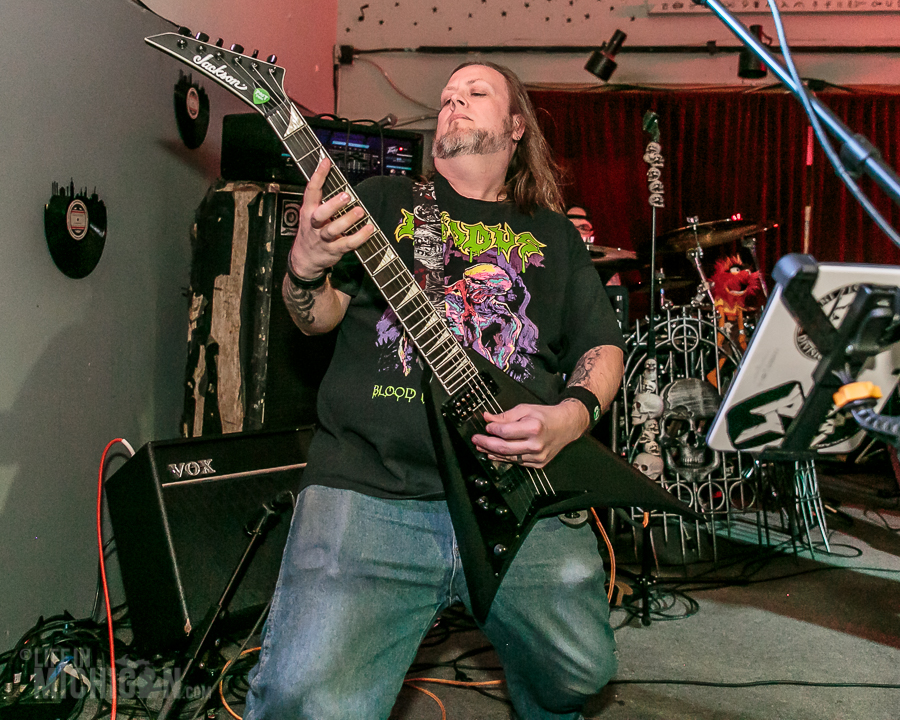 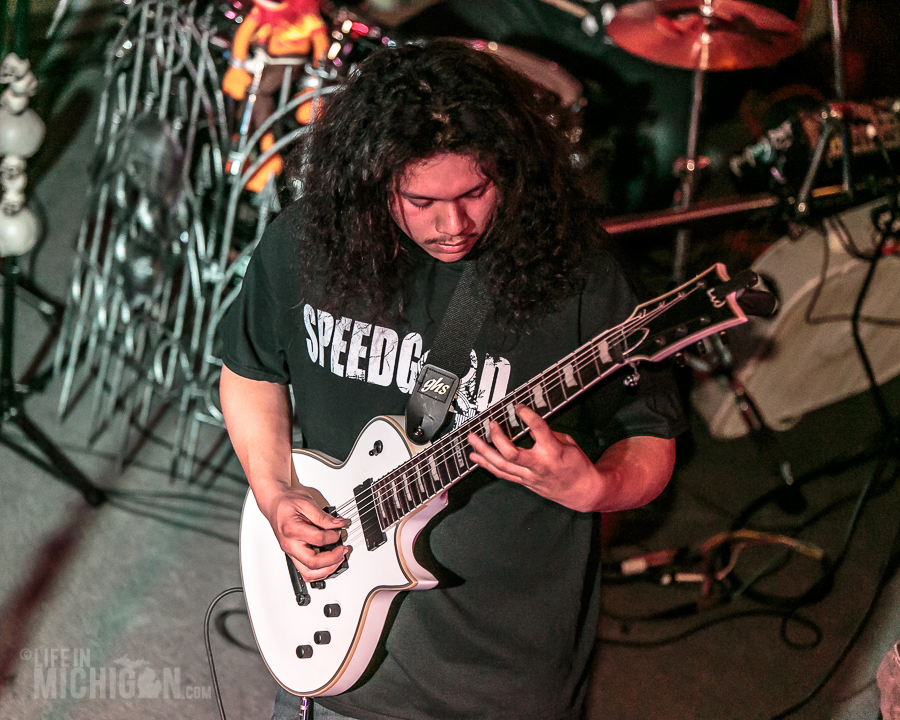 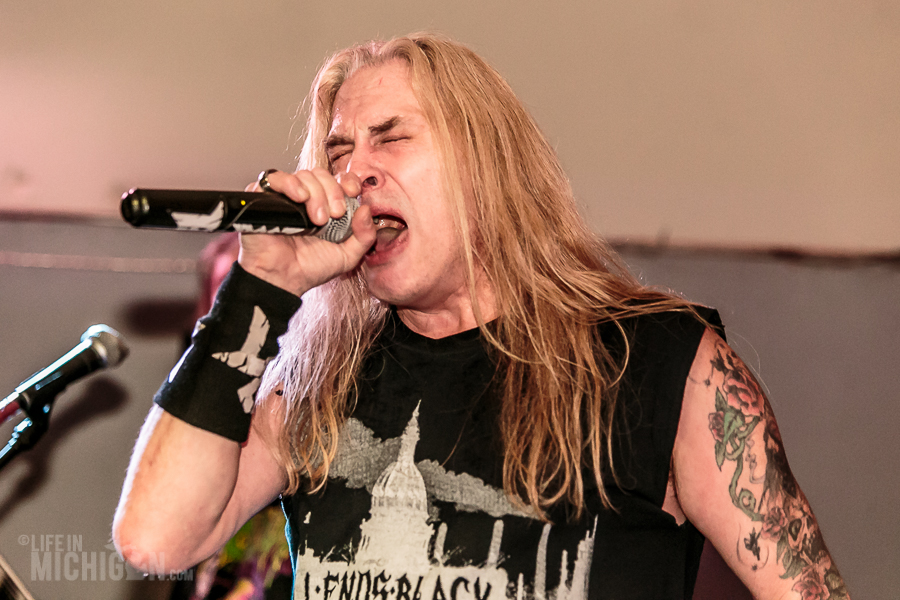 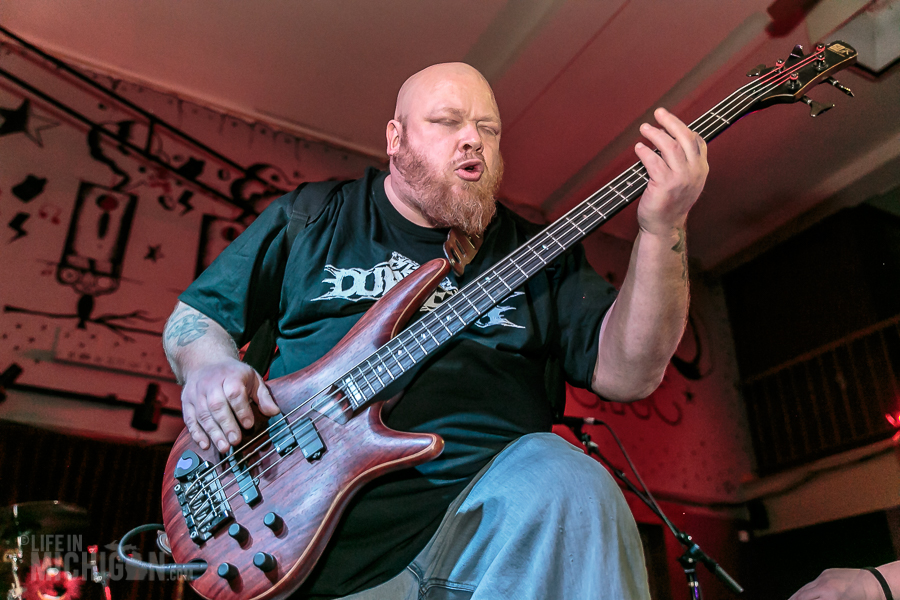 See more pictures of Past Tense in the gallery.

As if from a Monty Python skit where John Cleese would say “And now for something completely different”, the Jonestown Crows make for the stage. Armed with a banjo, wash board, guitars, drums, bass, and a hammer with chain the Jonestown Crows turned the tables on an evening of metal with punk music steeped in the roots of bluegrass and gypsy Americana. 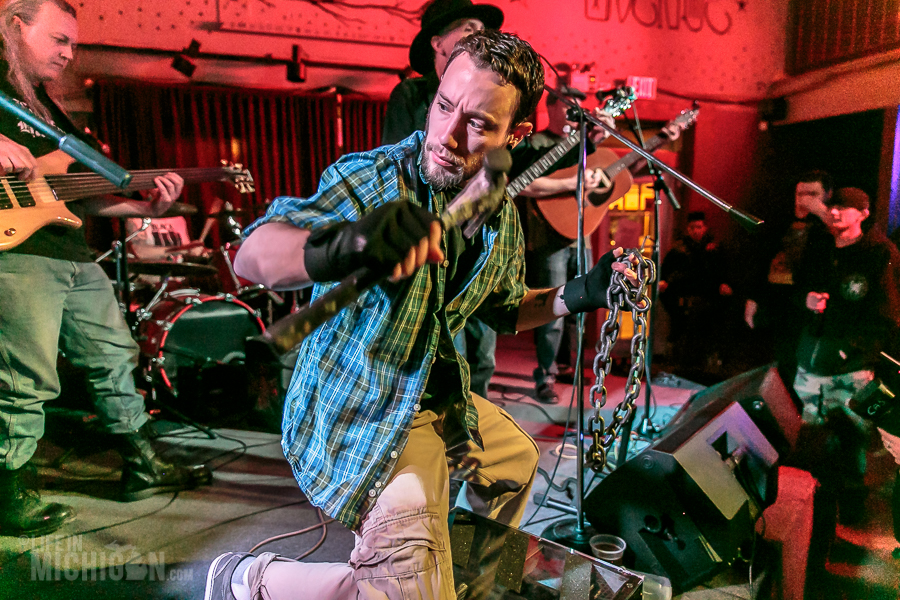 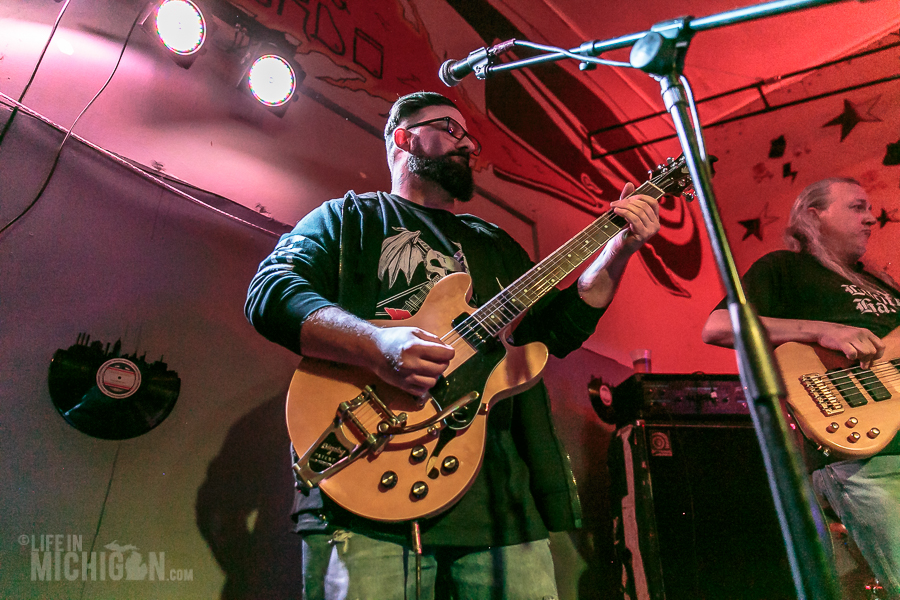 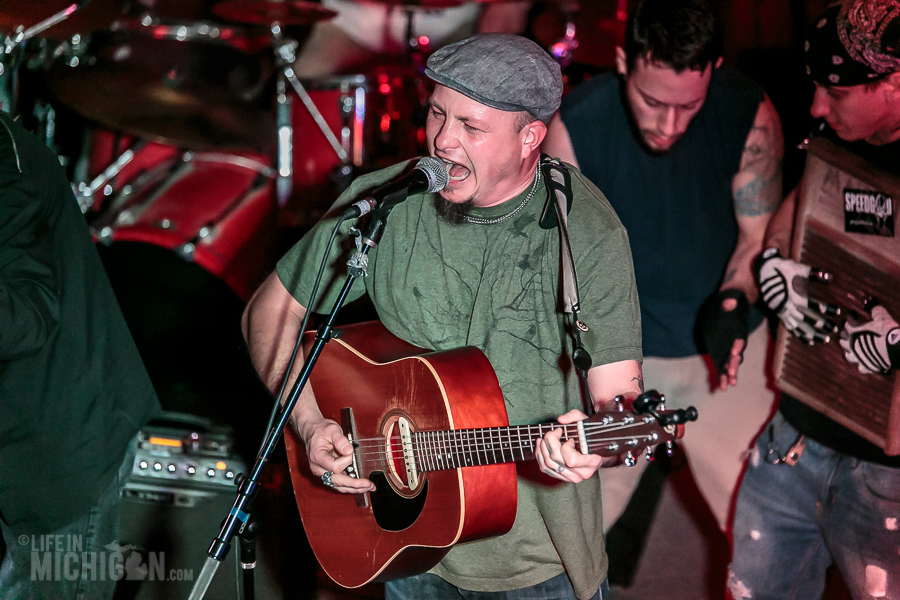 This is not your typical hootenanny with light folk music and pleasant dancing. The Jonestown crows imbue a sense of humor into a sound that is darkly energtic and very entertaining. The crowd loves this band and quickly gets a mosh pit going. People are bopping around, spilling beer, and having a great time. 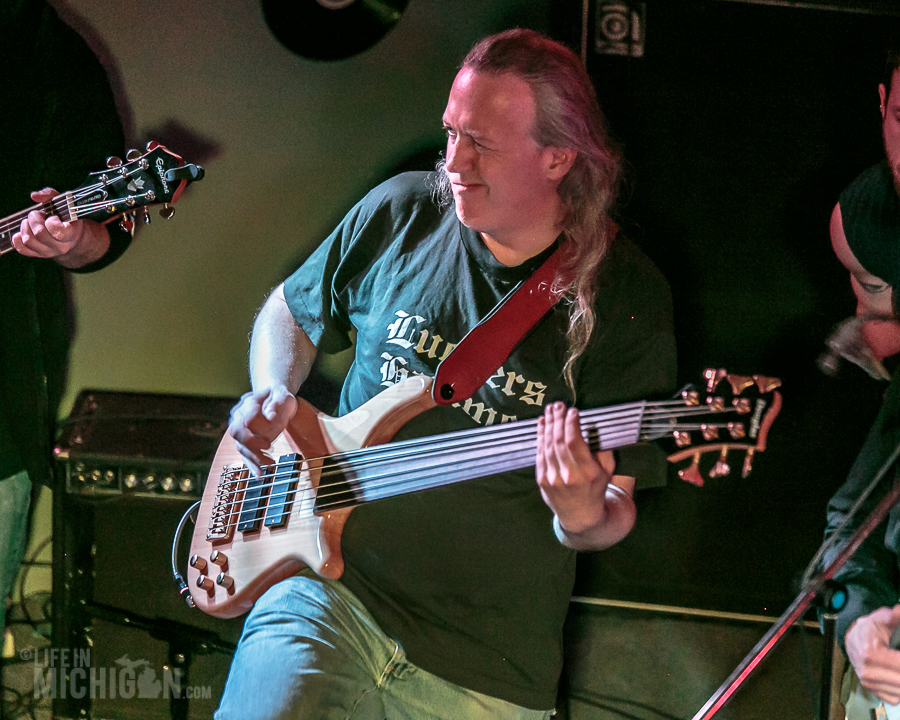 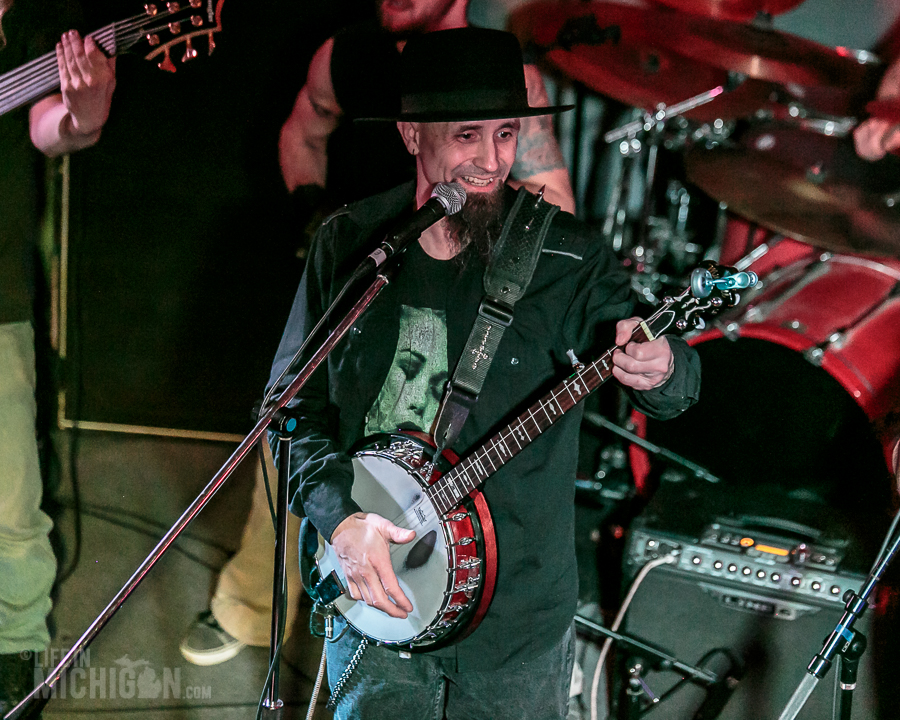 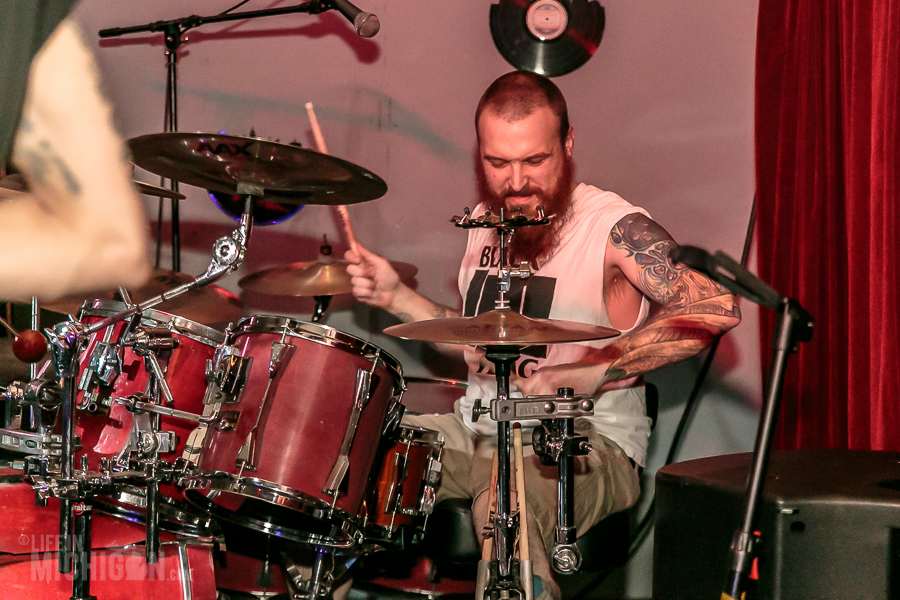 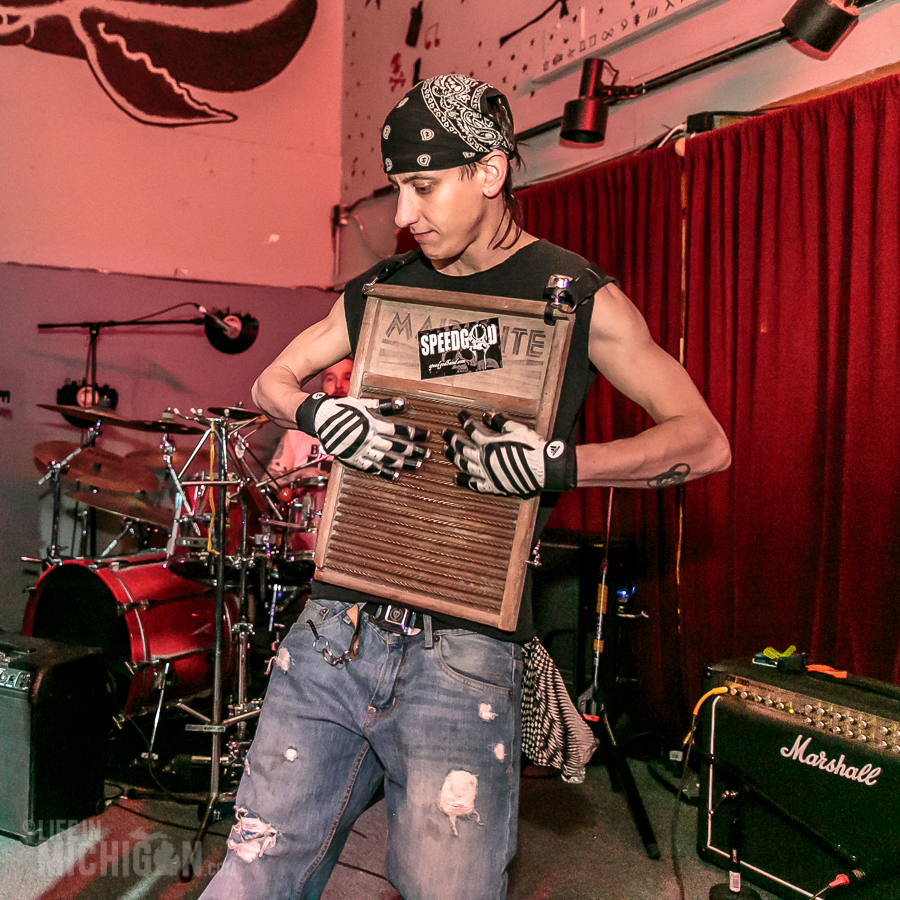 There are more photos of the Jonestown Crows in the gallery.

The members of Speedgod gather on the stage with beers in hand and raise their glasses in a toast and then turn toward the audience who cheer with gusto. As the beers are set down, the band erupts in a boisterous uproar. Hair is flying as guitarist Kris Finison and bassist Ivy Jenkins let the music propel them. Quickly the crowd follows suit and bodies are hurtling across the floor with the members of Speedgod delivering body blows with their music. 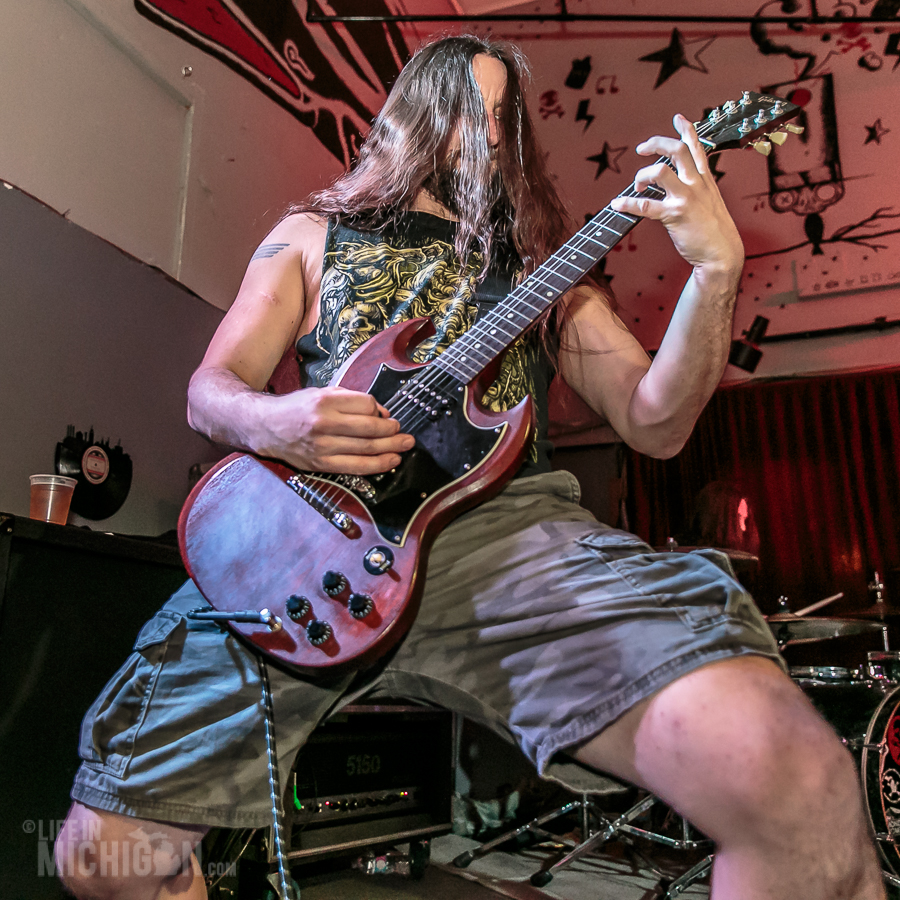 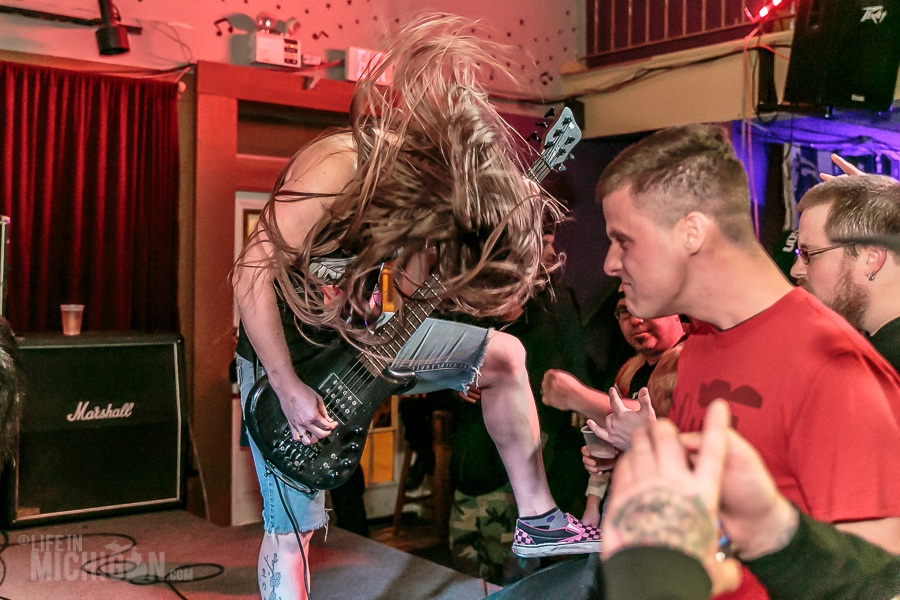 Geoff Jenkins takes a moment to thank all the bands and especially the enthusiastic crowd that has gathered to celebrate this beautifully brutal music. As a farewell present, the band wrote a completely new song for this onetime performance. In Speedgod fashion the new song is fist clenching, yet tempered with a melody and tons of hooks to grab the listener. 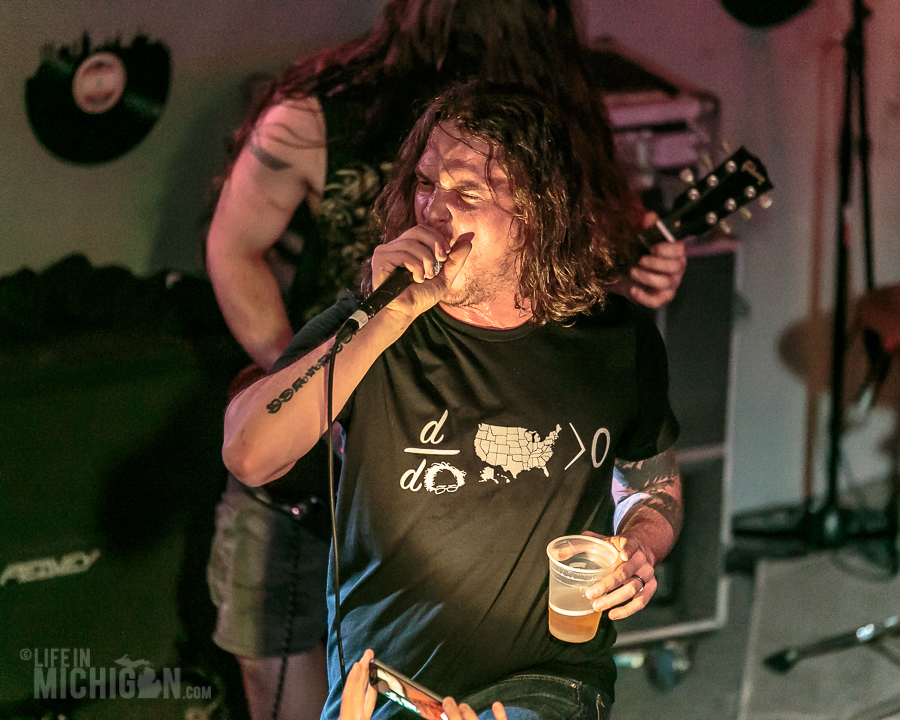 Geoff’s vocals are flush with intensity and harsh with rage. As if a new song wasn’t enough, the band launches into a cover of “Disciple” by Slayer. It is easy to hear how much drummer Mattsquatch sounds like the mighty Dave Lombardo as he blisters the skins on his toms while pounding the kick drum. 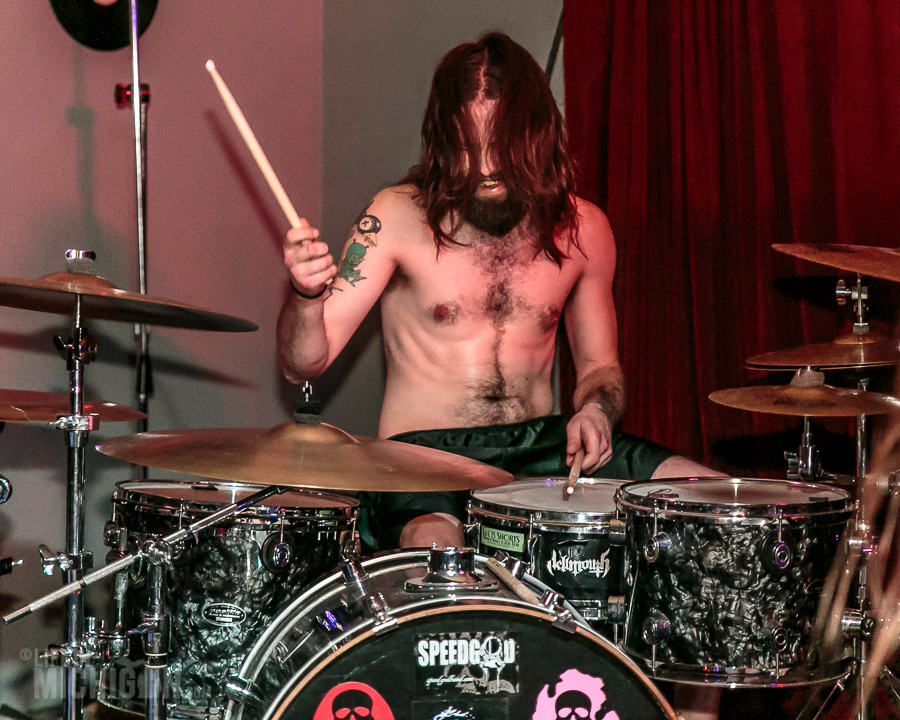 Speedgod asks the crowd to gather up toward the stage for a keepsake picture of this night of metal music and friendship. This has been a great night of music and it is filled with the passion of live performances by musicians who bring us these gifts and only ask that we join them in celebration. 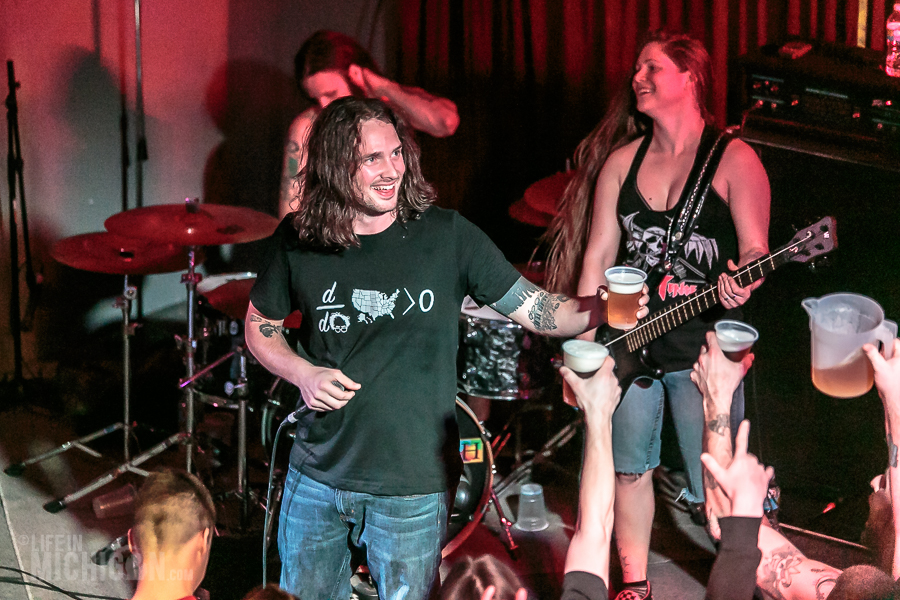 We have a ton more pictures of Speedgod and their final gig in the gallery.

If you enjoyed our story about Speedgod’s final show, then please share it on your favorite social media venue or send it as a link to your friends and family.

We love social media so we are on Pinterest, Tumblr and Instagram. Leave a comment and let us know what you thought of the article. Cheers!