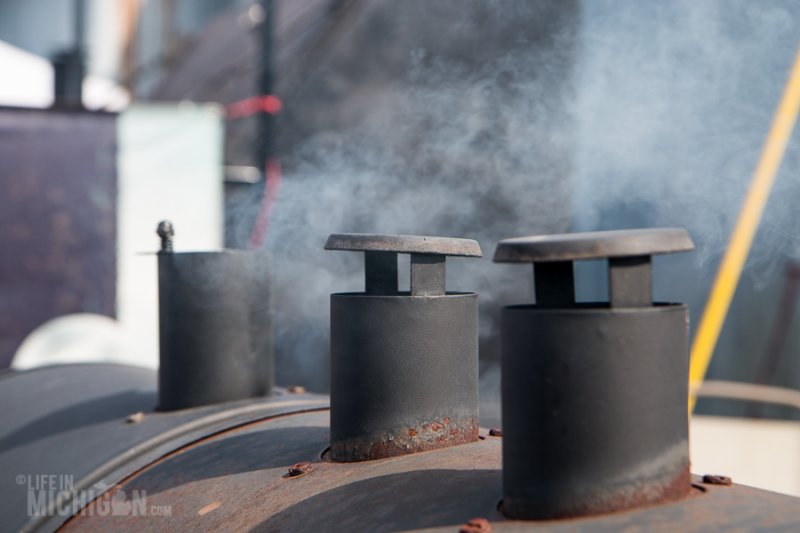 I know what you are thinking…”What are you two doing out a Dark Horse Brewing in marvelous Marshall, Michigan for a barbeque contest?  You guys don’t eat ribs and brisket!  Your vegan!”.  Well, you are right, we don’t partake in BBQ meats.  But, its a party at Dark Horse and we were out and about, so there you go!  Dark Horse was also releasing  ‘Smells Like A Safety Meeting’ which is a wonderful pale ale with a hoptastic hoppy aroma, so that was another draw.  On top of that, all the proceeds from the event were being donated to the Marshall Area Community Services, so how could we miss this.

Tools of the Trade

This is the fifth year for the Spring Smoke Off at Dark Horse.  They have professional and amateur divisions where contestants smoke up some ribs and beef brisket using Dark Horse beer in either the prep or cooking.  There were arsenals of smokers out on this sunny spring April day. 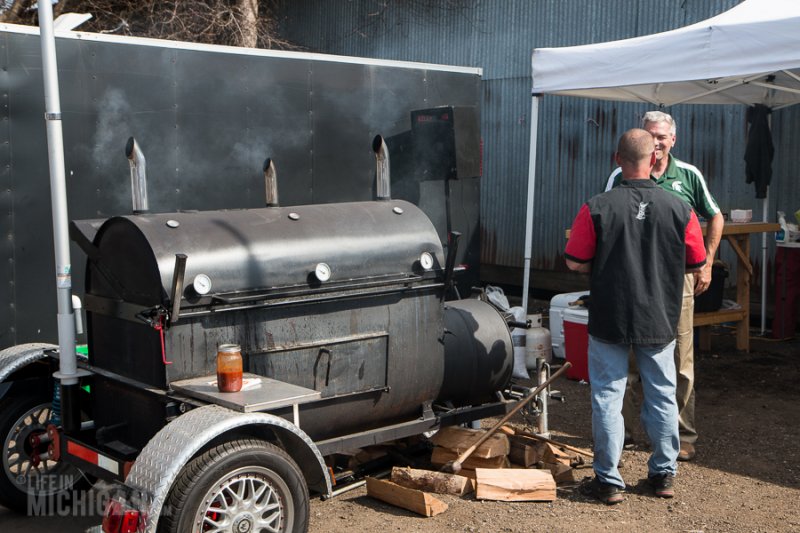 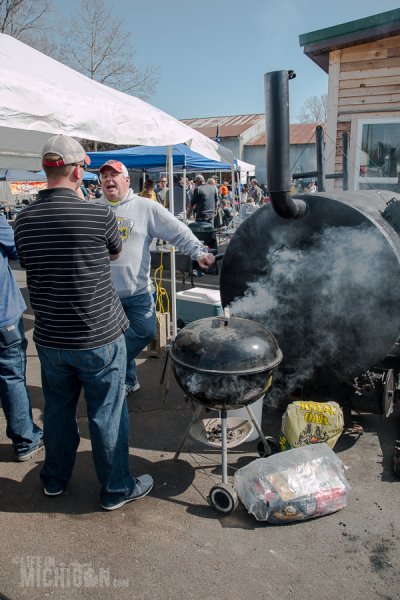 Dark Horse built a hell of a smoker with a hydraulic system for delivering sauce!  Unfortunately, I didn’t get a good pic of it, so here is Aaron slinging some meats for the smoker 🙂 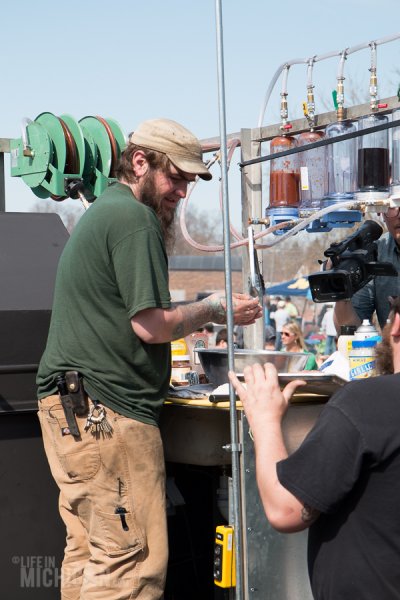 First prize in the amateur division was a custom built whiskey barrel smoker! 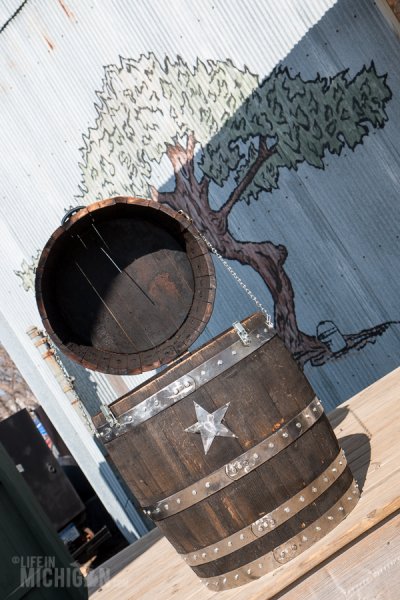 Ribs, brisket, sausage, you name it, it was cooked to perfection. 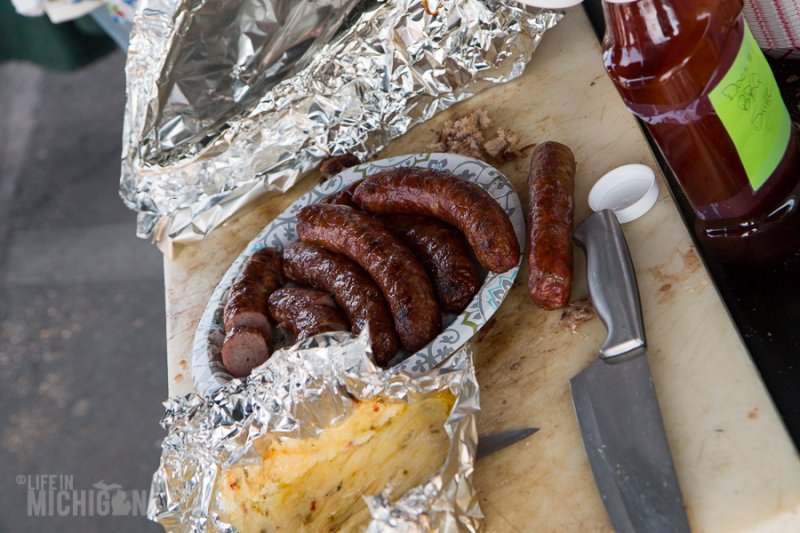 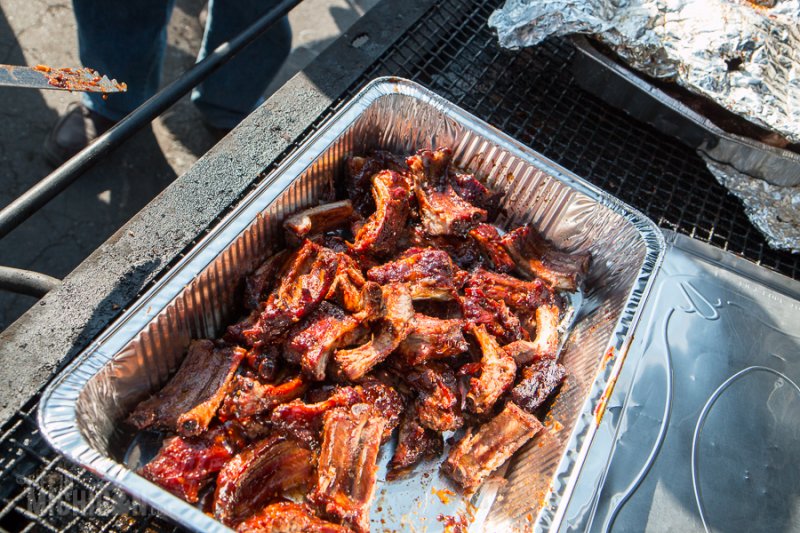 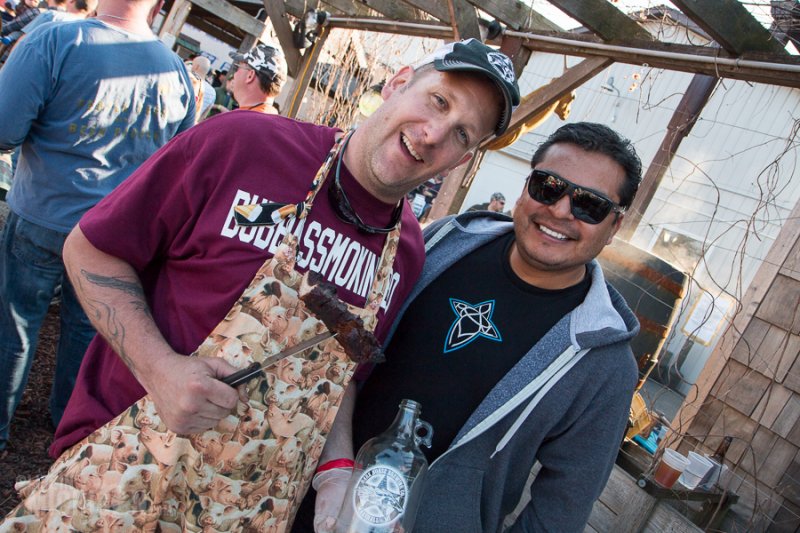 While I may be vegan, I can’t deny that the BBQ smelled great.  The aroma was so good it stopped a train! 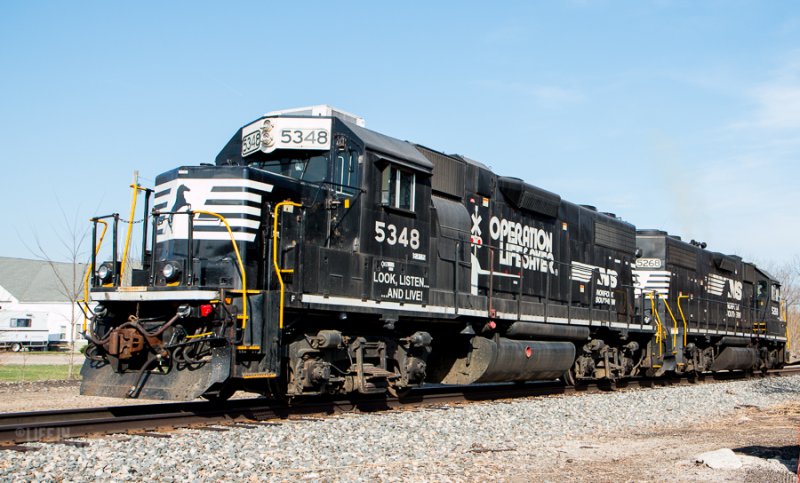 Fun in the Sun! 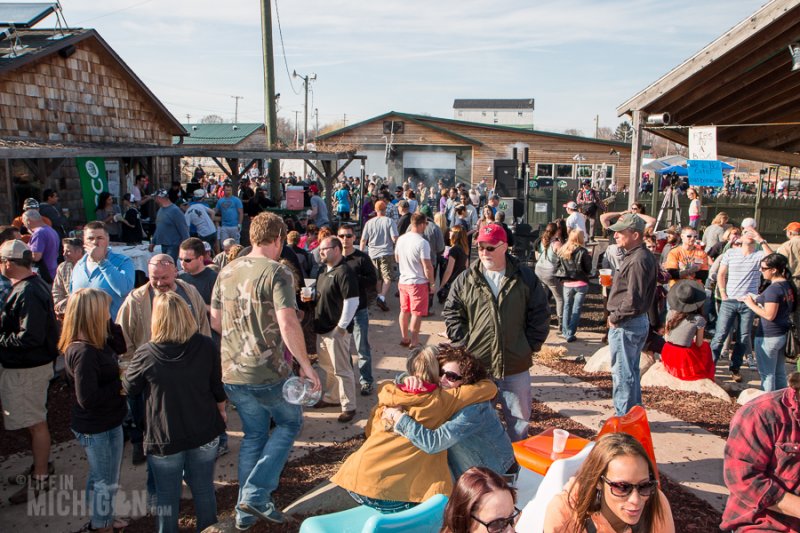 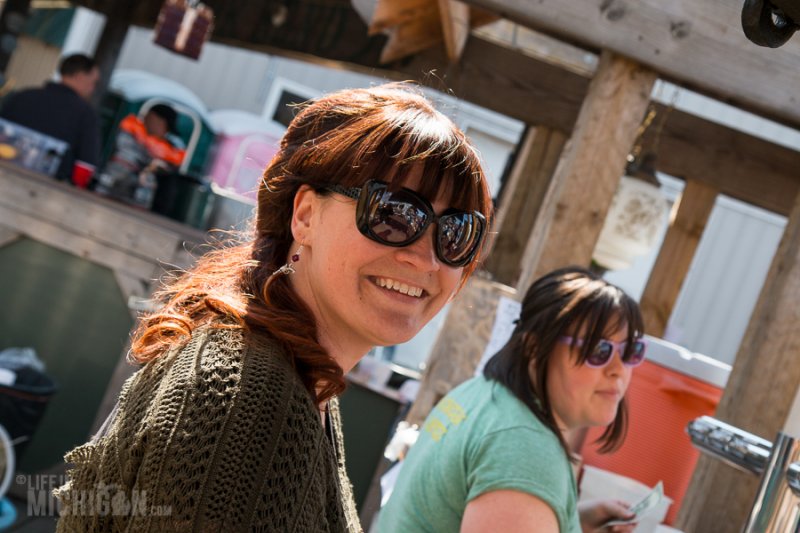 We had a great time at the Spring Smoke Off at Dark Horse.  Stop by the gallery to check out more pictures.  If you went to the event,  leave a comment and let us know!   We’d love it if you’d subscribe to our newsletter, or follow us on Facebook, Twitter, Pinterest, Tumblr.  Cheers!