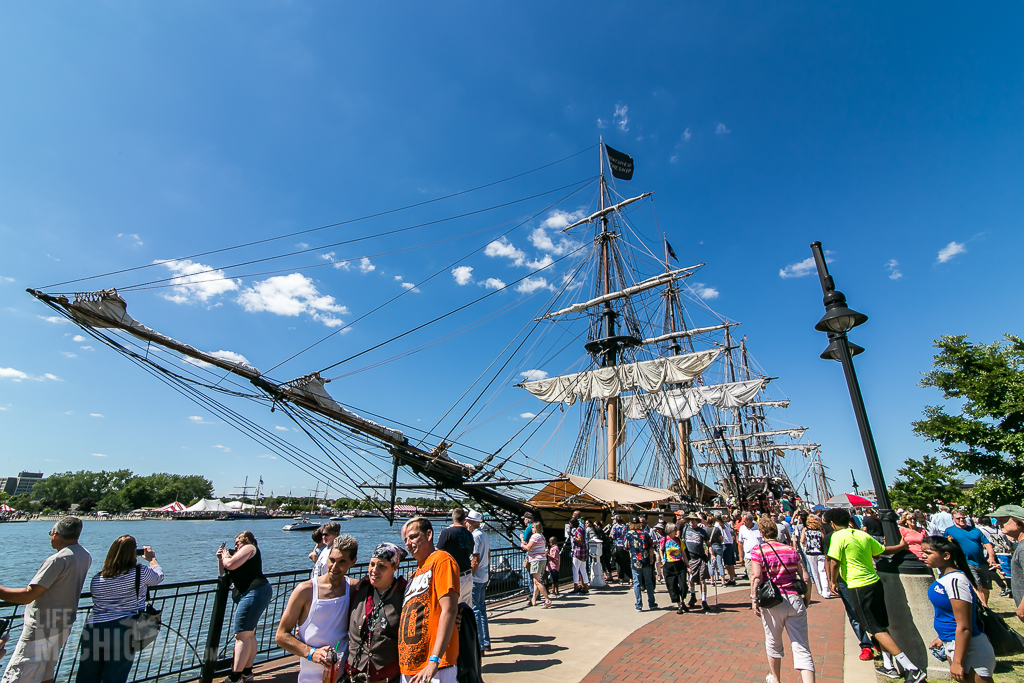 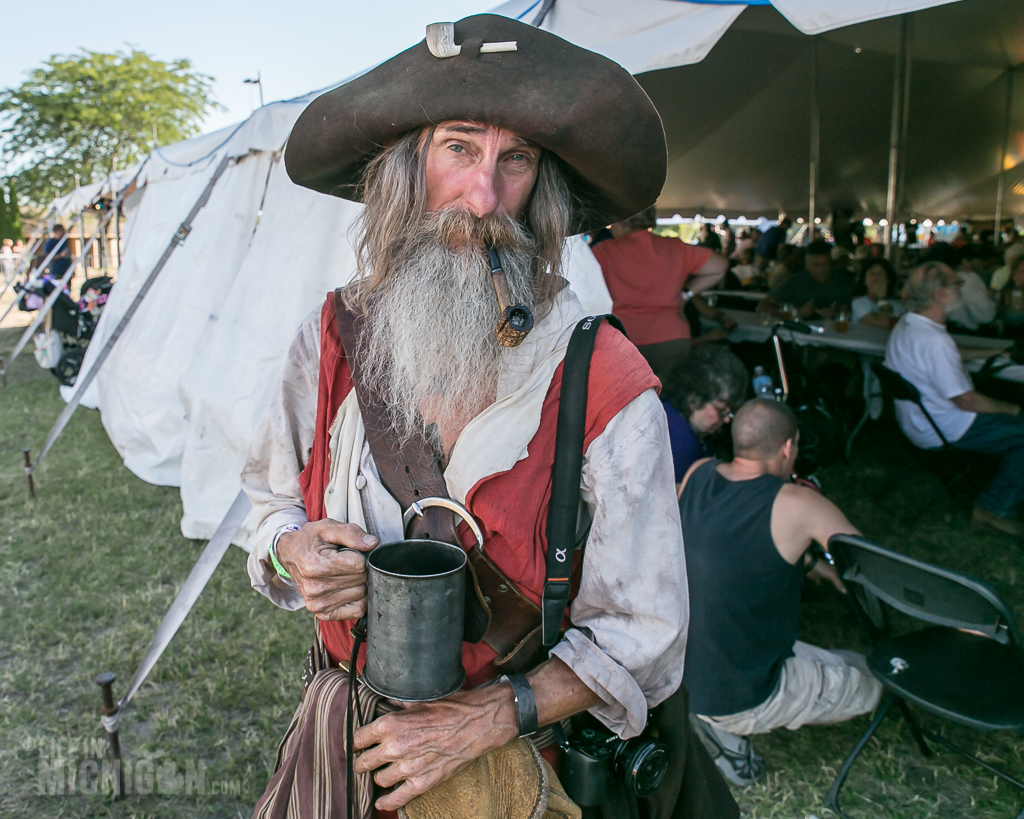 The Tall Ship Celebration has been going since 2001 with the Tall Ship Challenge making a visit every 3 years. Somehow,we missed the previous celebrations, but not this year. With the forecast calling for warm and sunny skies, we dragged along our friends Jeff and Angie and headed up to Bay City.  We arrived at 9:30 and already the line of people waiting to get in was long. Parking was easy, but there was a bit of confusion when we got in line. If you purchase your entry and souvenir passport (which you need to board any of the ships), then you had to first check in to a separate line to get your wristband and passport, then you get into the longer line to wait for the gates.  There were signs, but it was still confusing.  Thankfully other folks in lined helped to get us squared away. 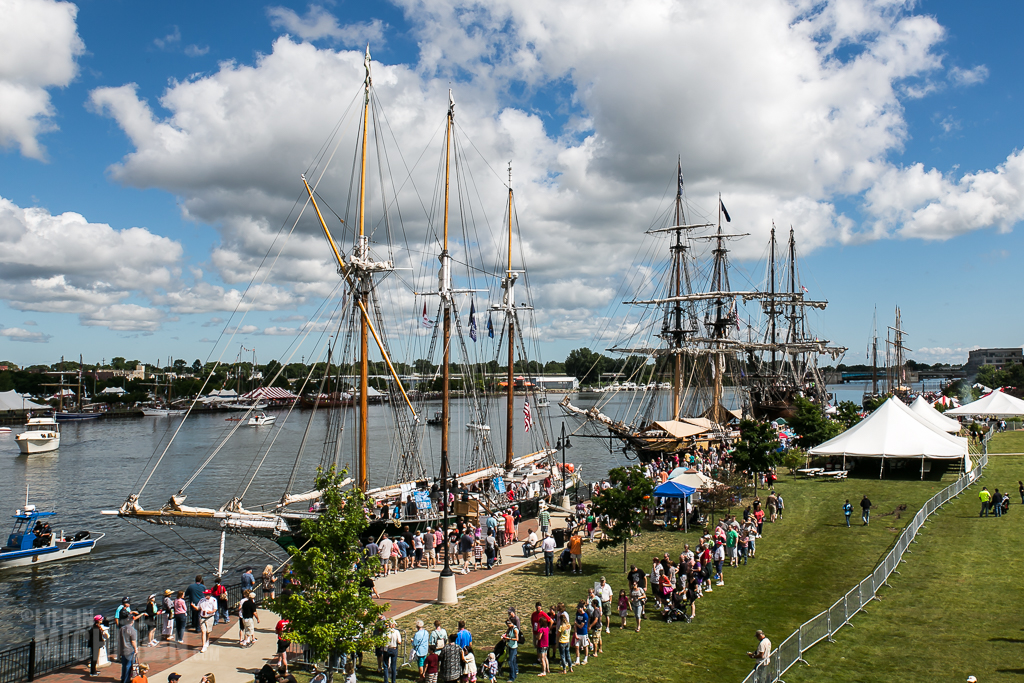 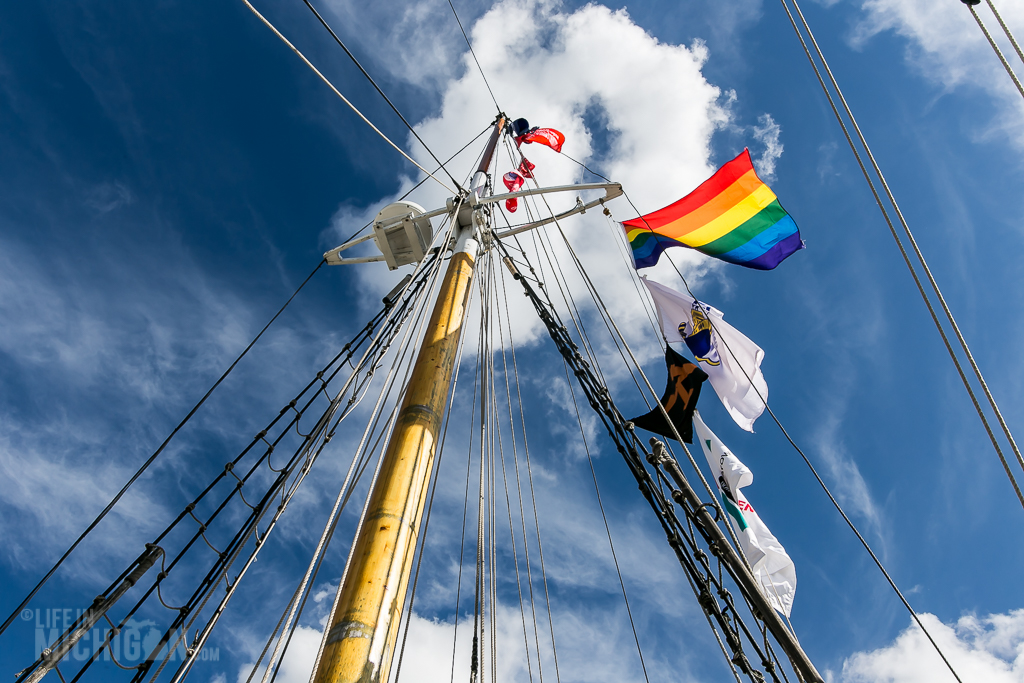 For the adventurous, you can book a sailing excursion during the Tall Ship celebration on the Appledore IV or Appledore V schooners.  The ships take you out into the bay and bring you back with stories to tell. We didn’t have enough time for a ride, but I’m sure this would be a ton of fun. 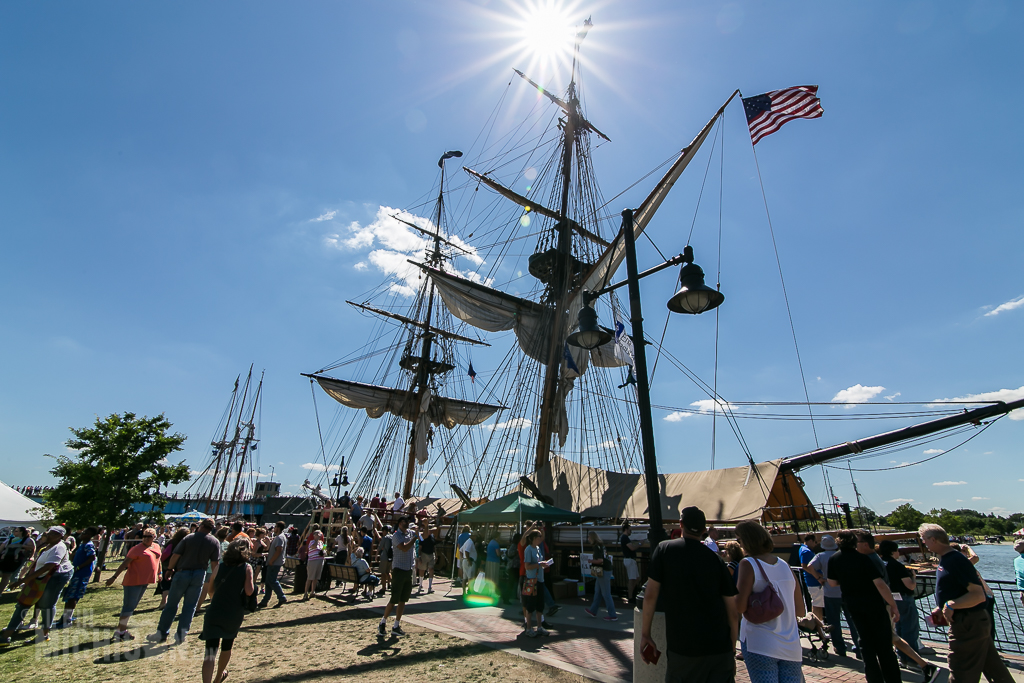 Each ship is splendid, however you had to choose wisely which ships you wanted to tour as lines quickly grew to several hours of waiting. The Draken and El Galeon were crowd favorites and those lines easily reached 3+ hours just after gates opened. 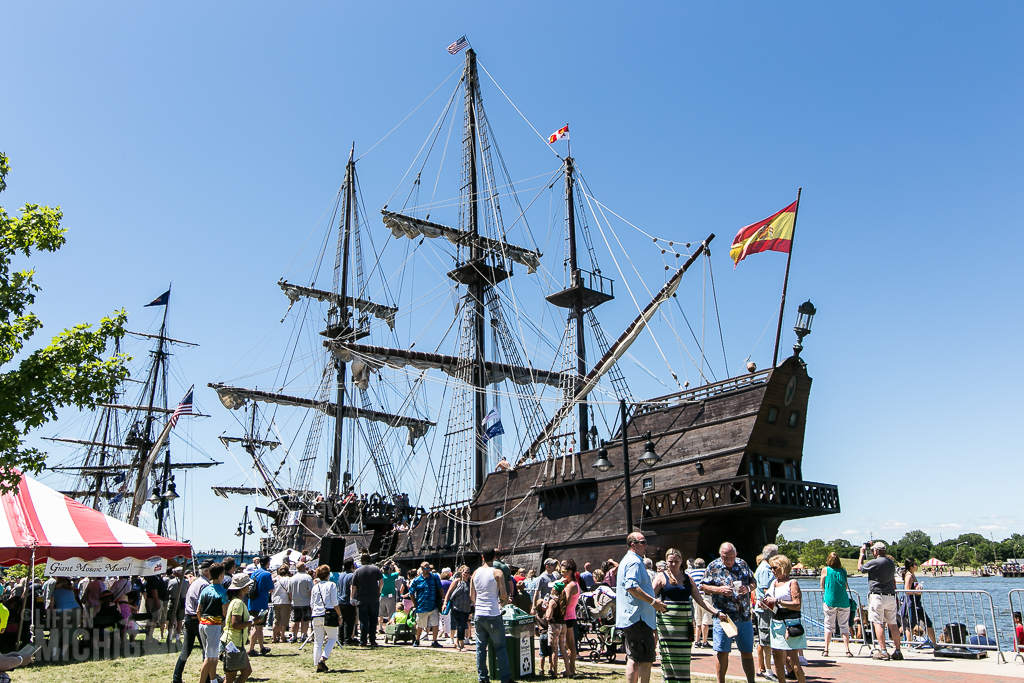 We started out with Play Fair as the line for Draken was already quite long. With your souvenir passport stamped, you get to check out details of the ship that aren’t possible by viewing from shore. The smaller ships are great in that lines are shorter and you get the experience of exploring these magnificent crafts. 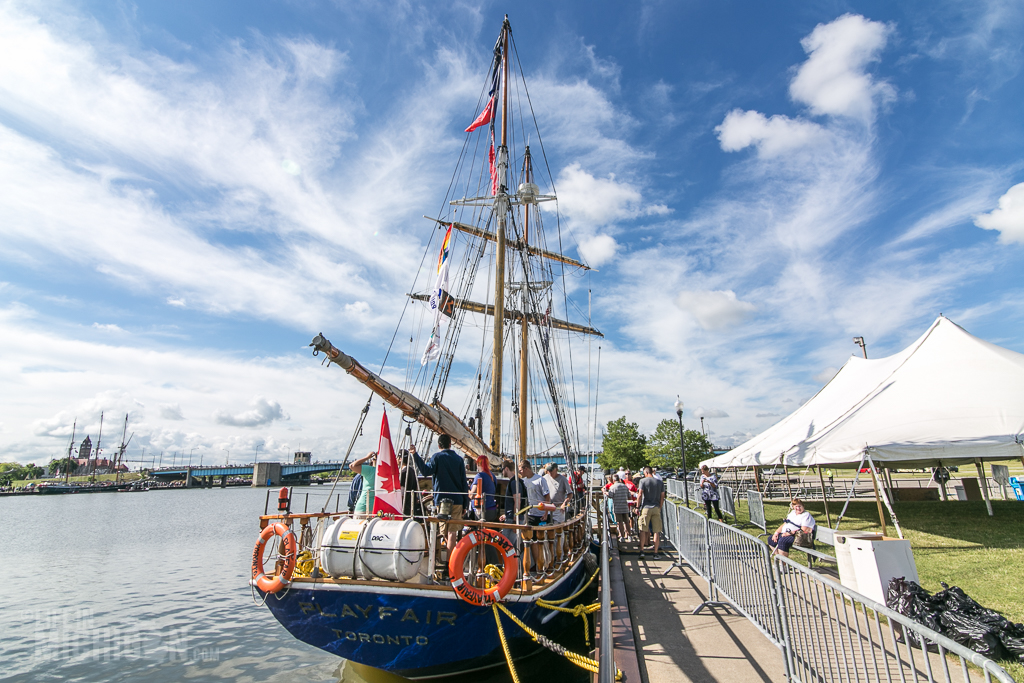 Since the lines were growing and we headed across the river to queue up for the El Galeon. By the time we made our way across the river, the line was huge. If there is a word of advice to share about the festival it is that you need to arrive early and immediately get into the line for the one ship you most want to see. 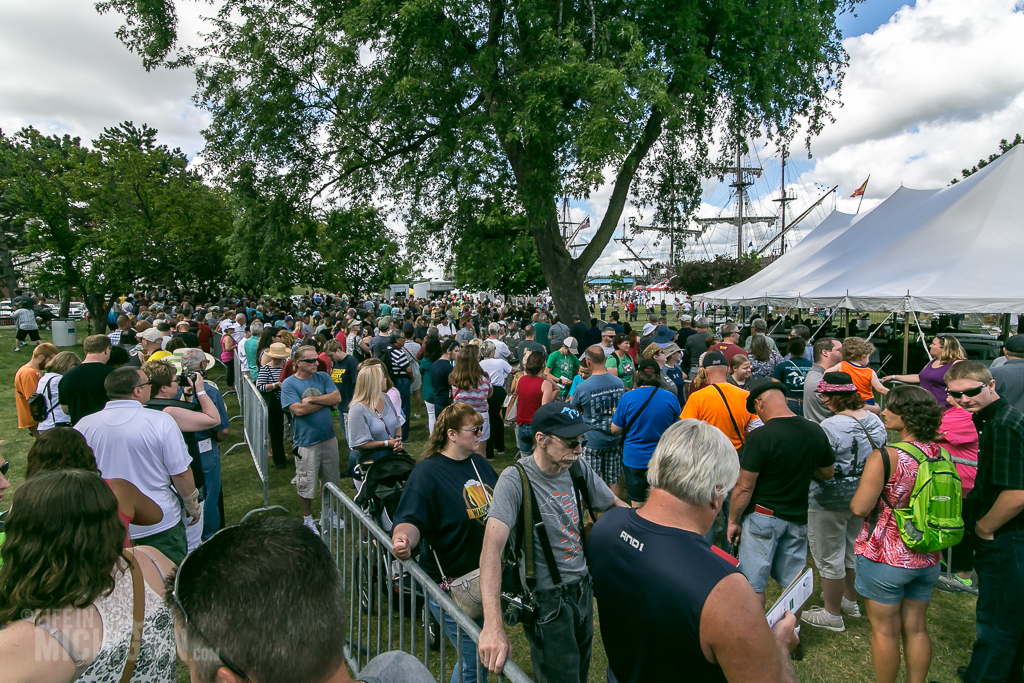 After 2hrs we made it to the 30 minute sign! 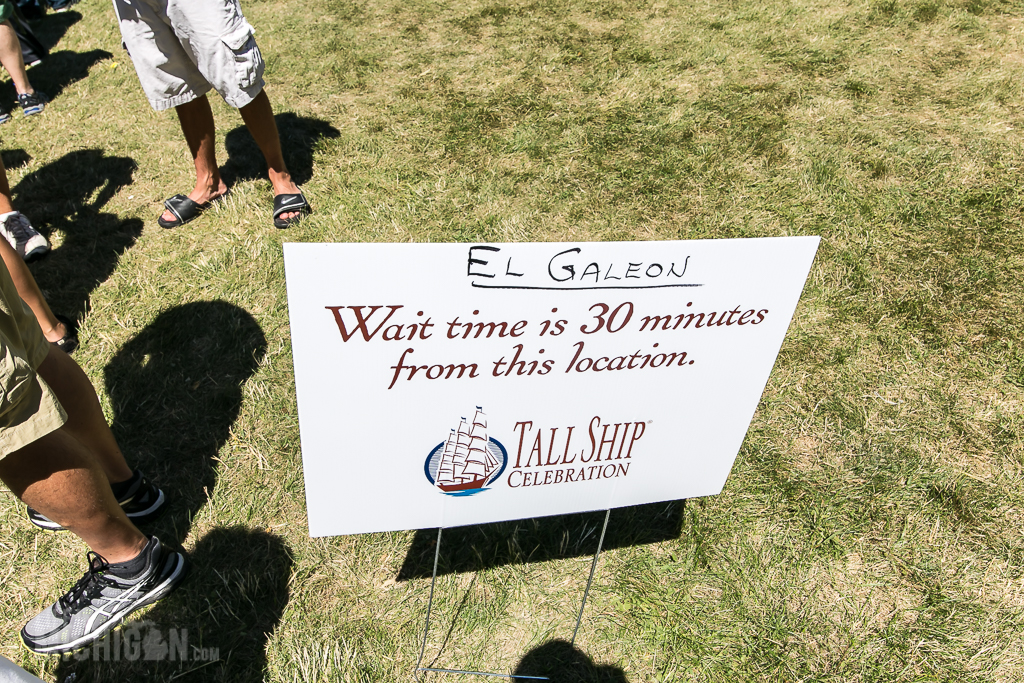 Finally, we made it to the El Galeon. This replica of a 16th century Spanish Galleon is a marvel to behold. 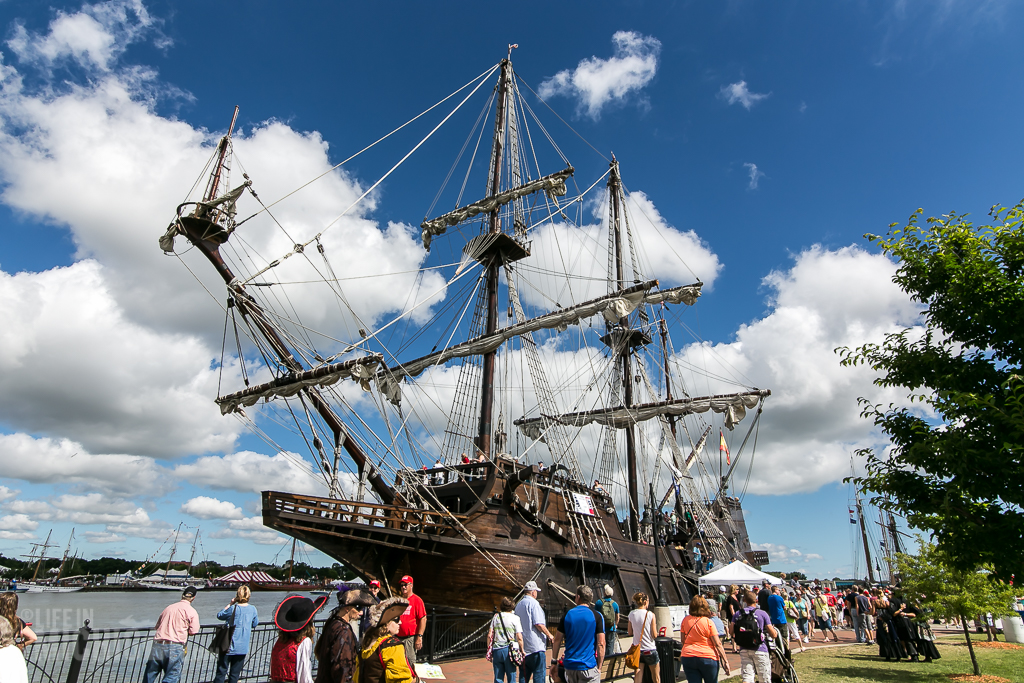 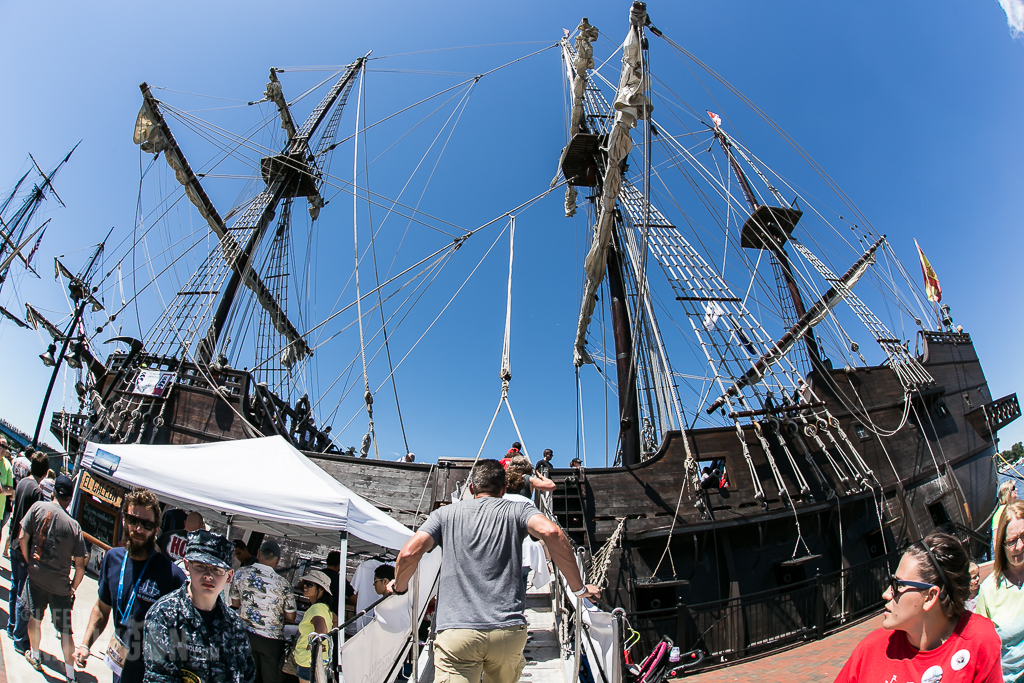 It is a floating museum with replicas of all facets of what life was like aboard these expedition vessels. While the construction uses more modern materials, you can still feel the immensity and complexity involved in sailing this ship. The crew on board spend anywhere from a few weeks to several months living on the ship and educating the public. 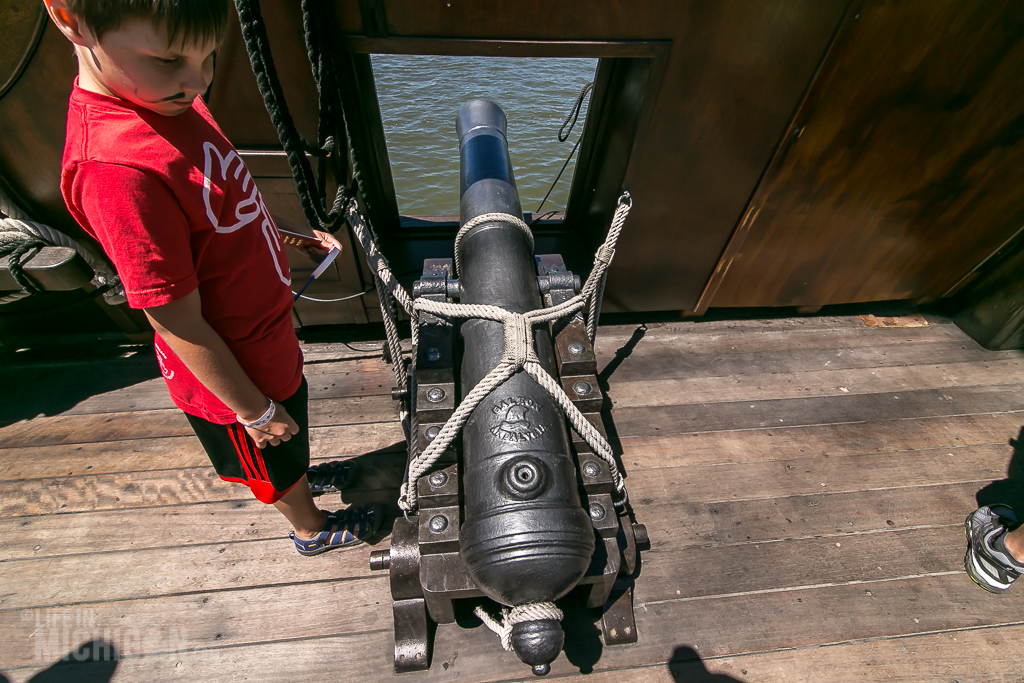 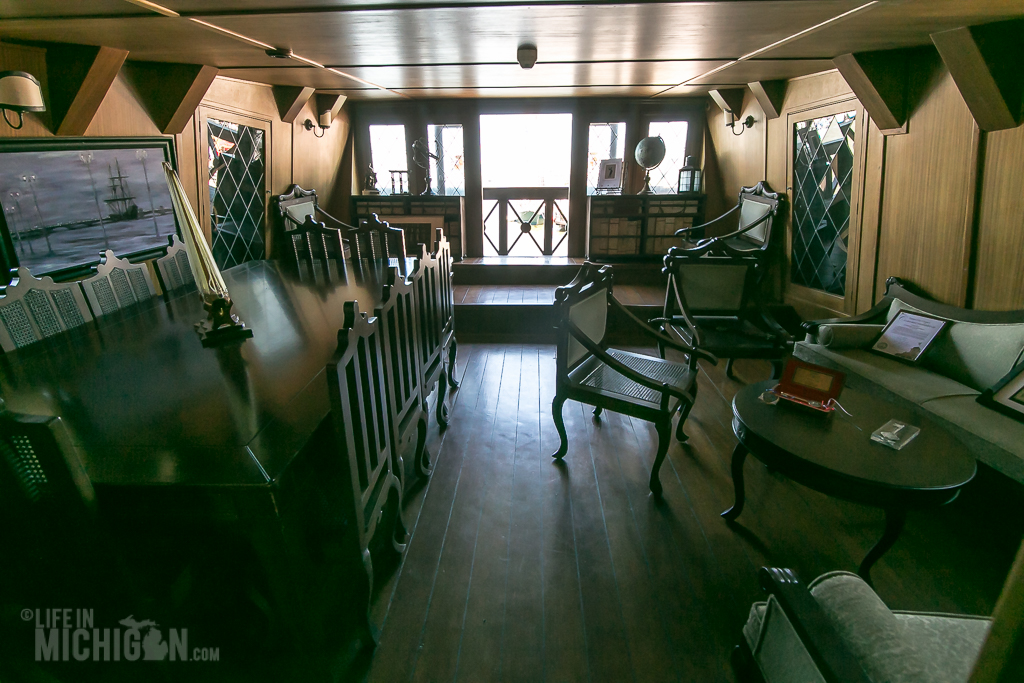 After a beer and much needed food at Tavern 101 (which was outstanding), we headed back with just enough time to climb aboard the When and If. This boat was built for General George S. Patton in 1939. It was the oldest boat at the Tall Ships Celebration. Patton intended to retire to the boat and sail around the world, but unfortunately he died before fulfilling that goal. He might be happy to know that his ship is still sailing and sharing knowledge of traveling by wind on the water. 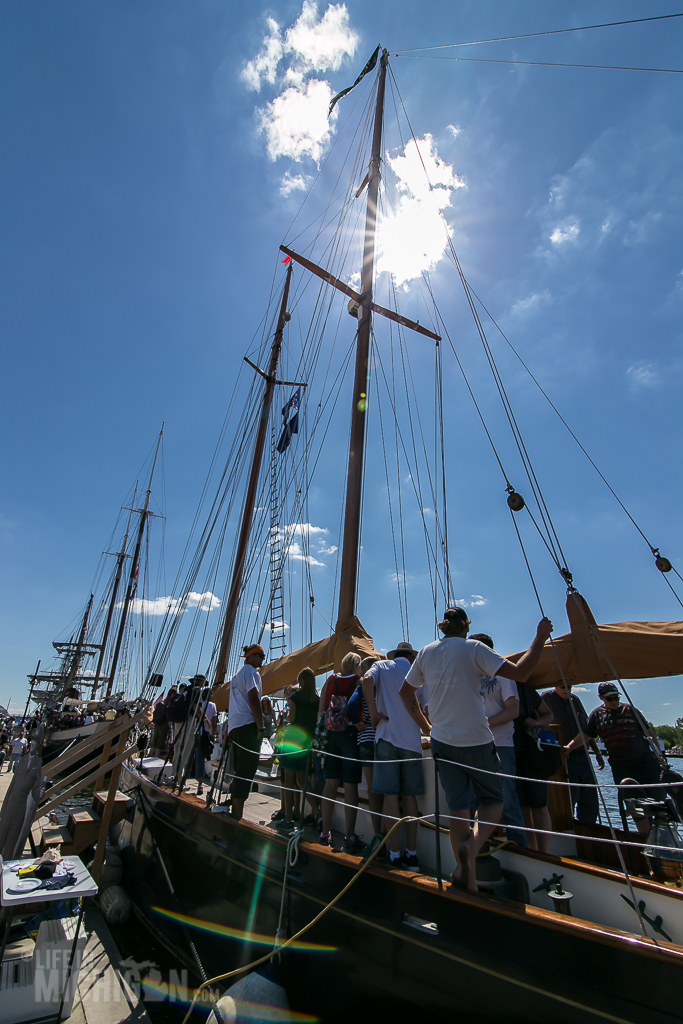 Once the boat tours ended, the beers and music began to flow from the Ballads and Brews tent at the Tall Ship Celebration. The 5 dollar cover charge is waived if you have the souvenir passport, so found an open table in the big tent and settled in. The beer selection was nice with some fine Michigan brews from Shorts and Bells available. We came in just as Tom Mason and the Blue Buccaneers where finishing their set. They had a big crew on stage leading the crowd in song. 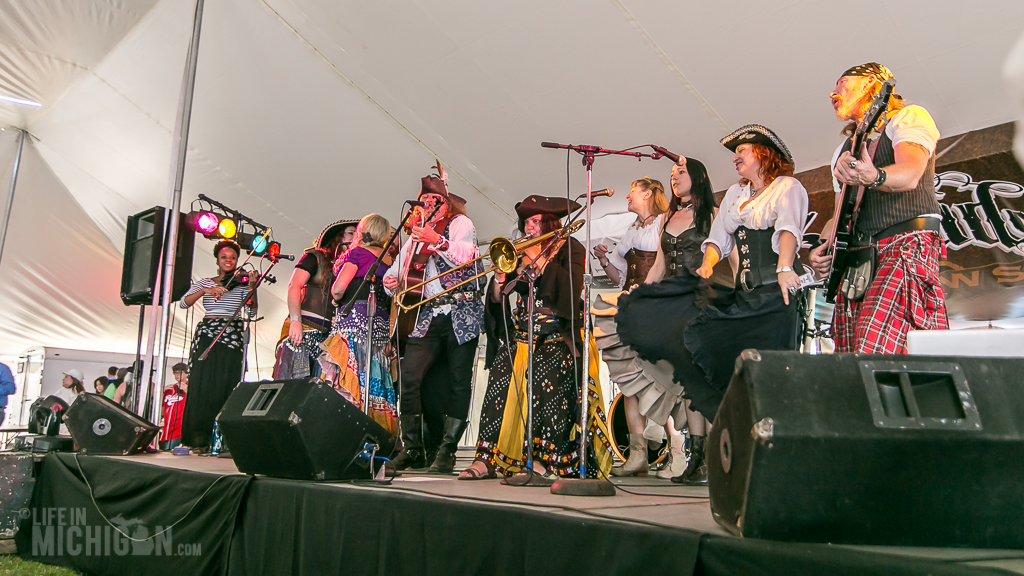 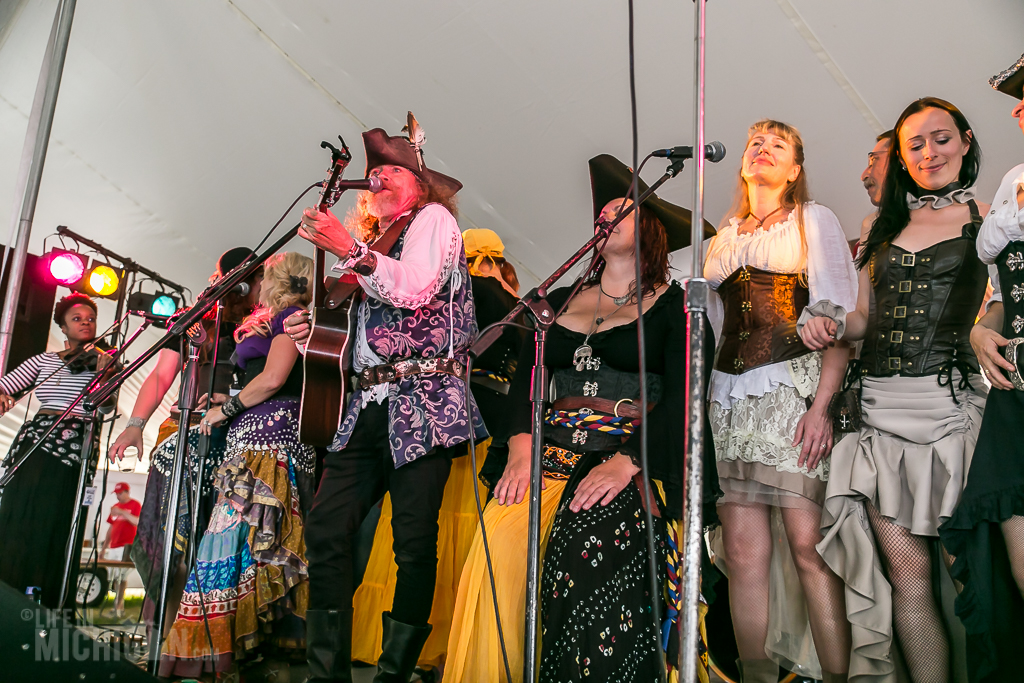 Za Horyzontem came all the way from Poland to entertain the audience who were filling up the tent after a day in the sun. They played a fun and energetic set of music fitting in with the theme of travels upon the open waters. With two lead vocals and the rest of the band adding in harmony, they kept everyone smiling and drinking. 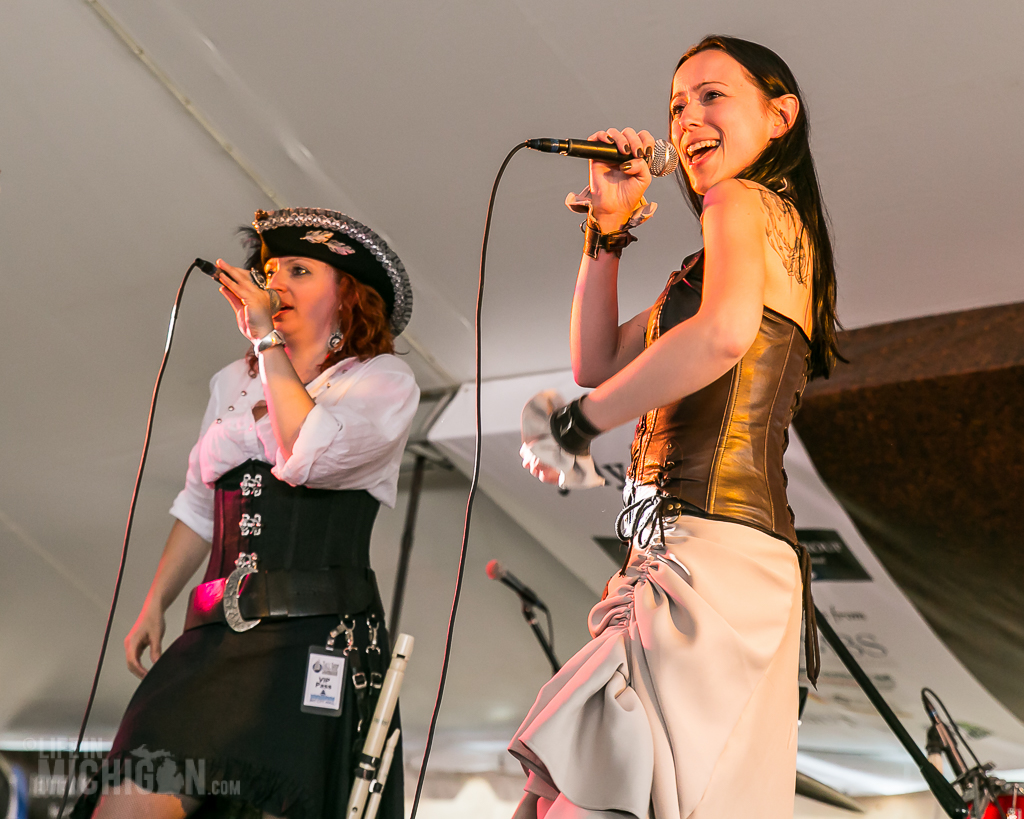 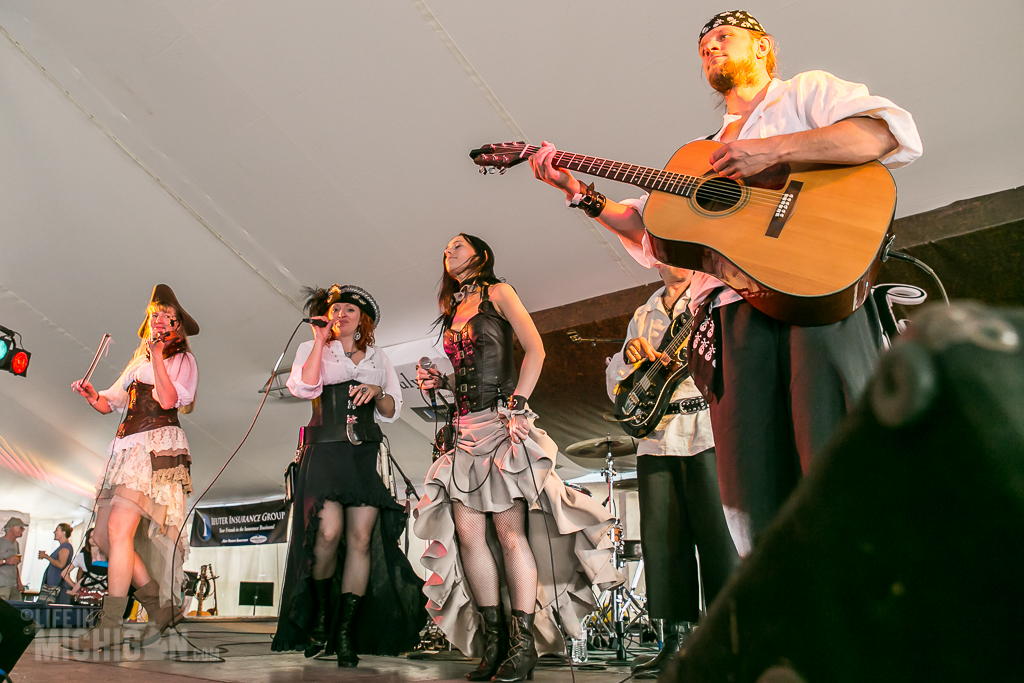 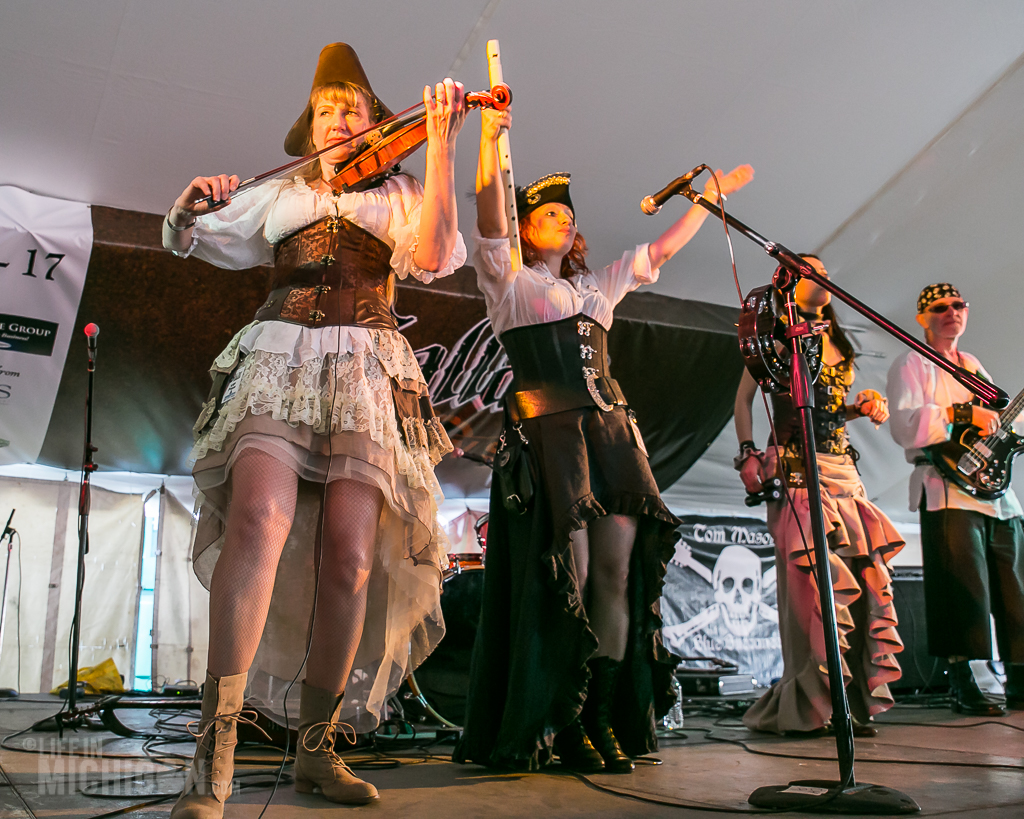 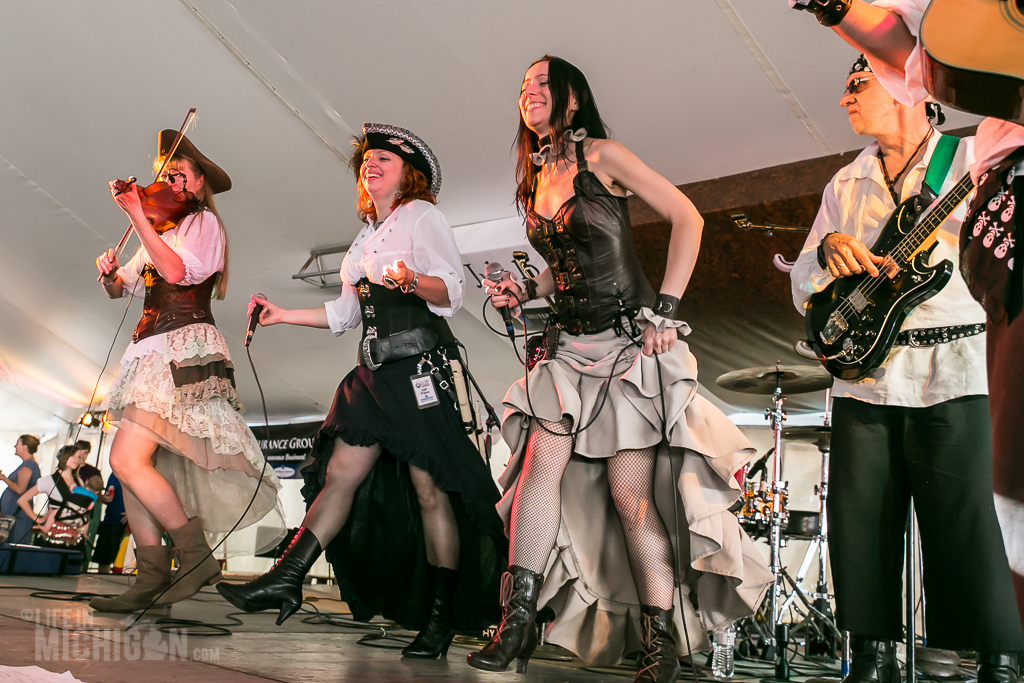 Another band that traveled from quite a distance to entertain us was Harmony Glen who came all the way from the Netherlands. This band was feisty and damn proud of it. They were excellent musicians who played off of each other and had a hell of a good time doing it. They even showed off a drunken chorus line. 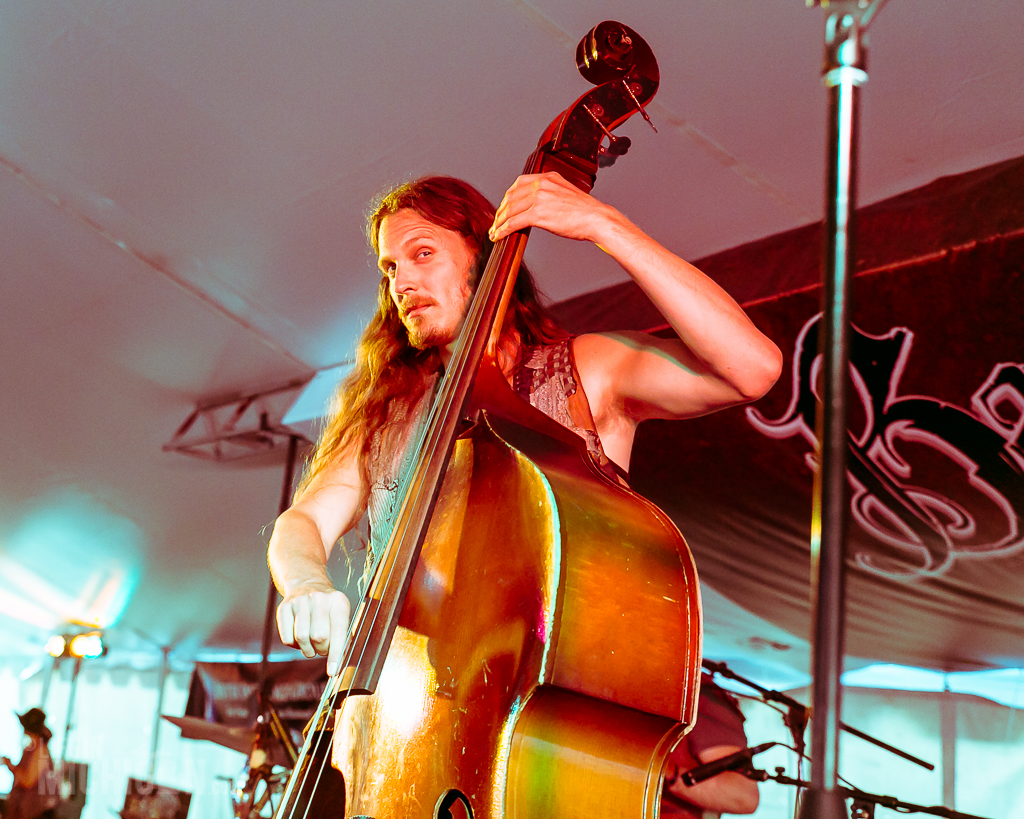 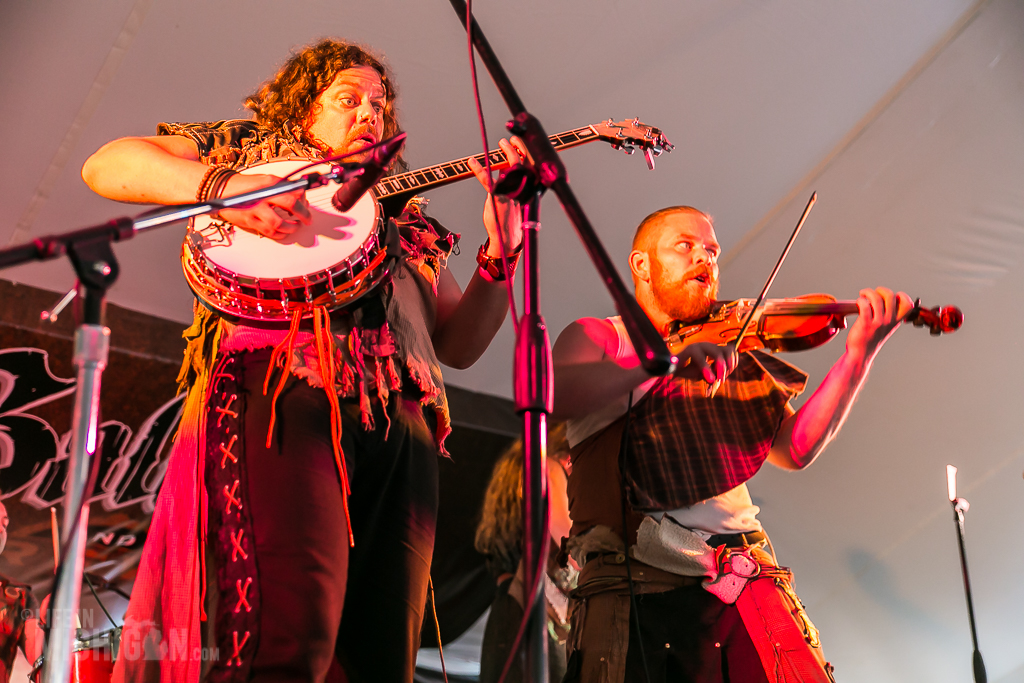 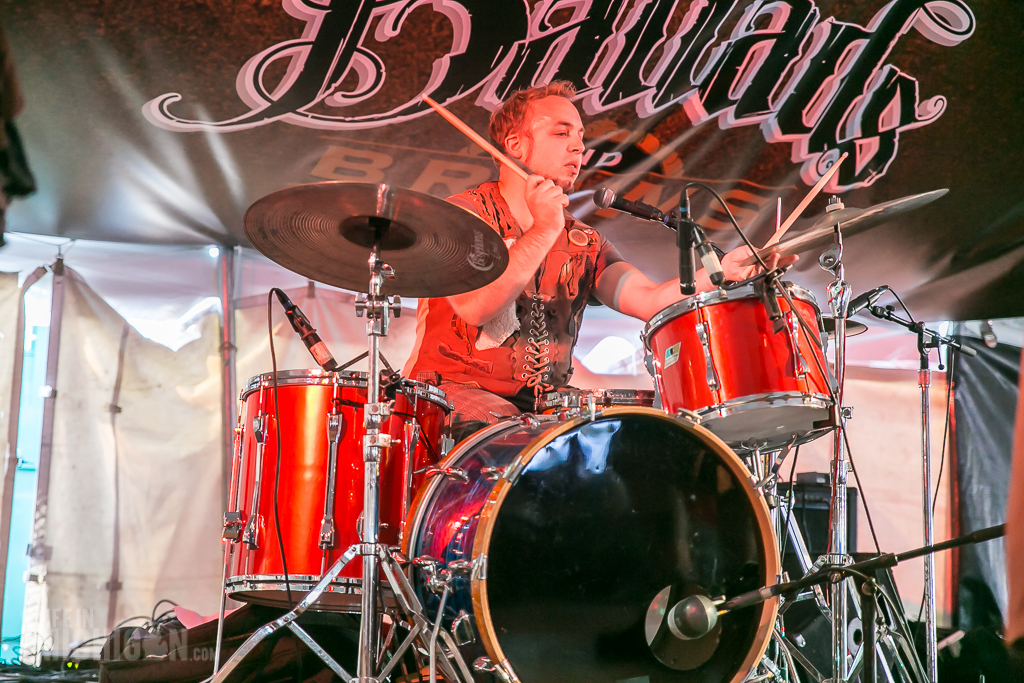 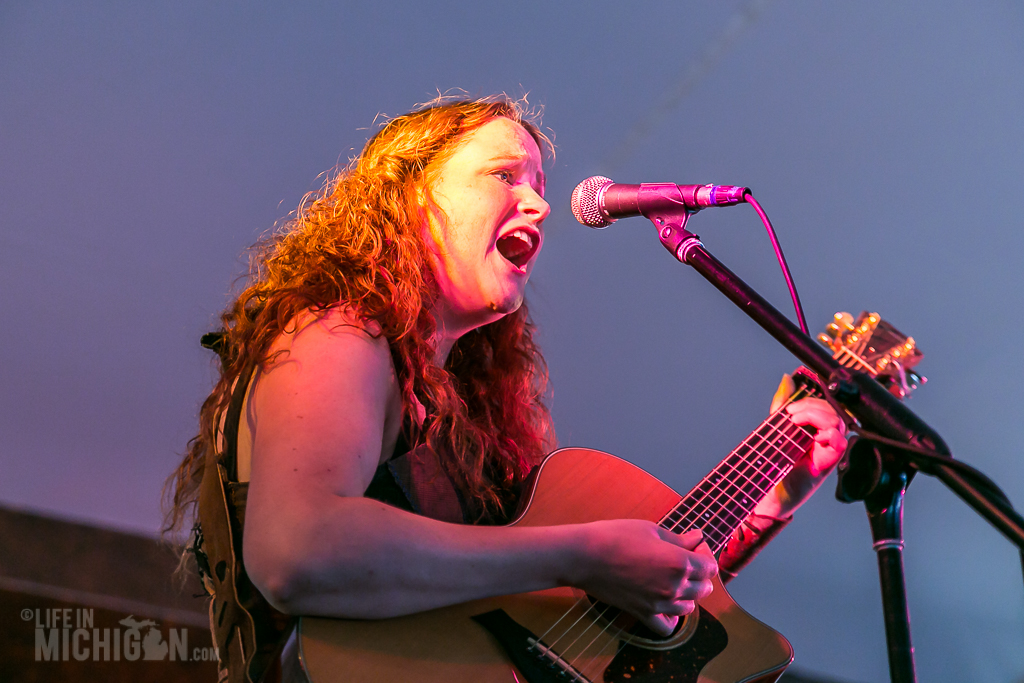 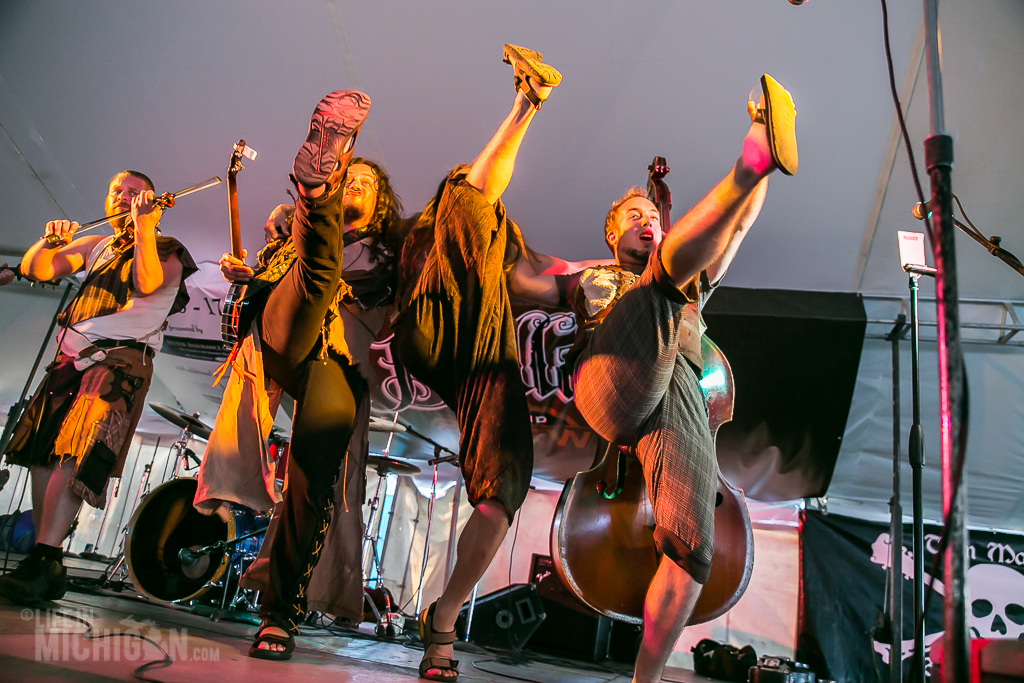 A Last Look Upon The Dragon

As the sun lazily sank below the horizon, we headed out for one last look at the Draken. This mighty replica of a Viking longboat is the largest of its kind in modern time. The course the crew followed for this trip to America was the same route as vikings had sailed a thousand years ago. With images of hearty vikings swearing oaths to Odin as they braved ferocious seas, we headed into beautiful downtown Bay City for dinner to cap off a day of maritime adventure. 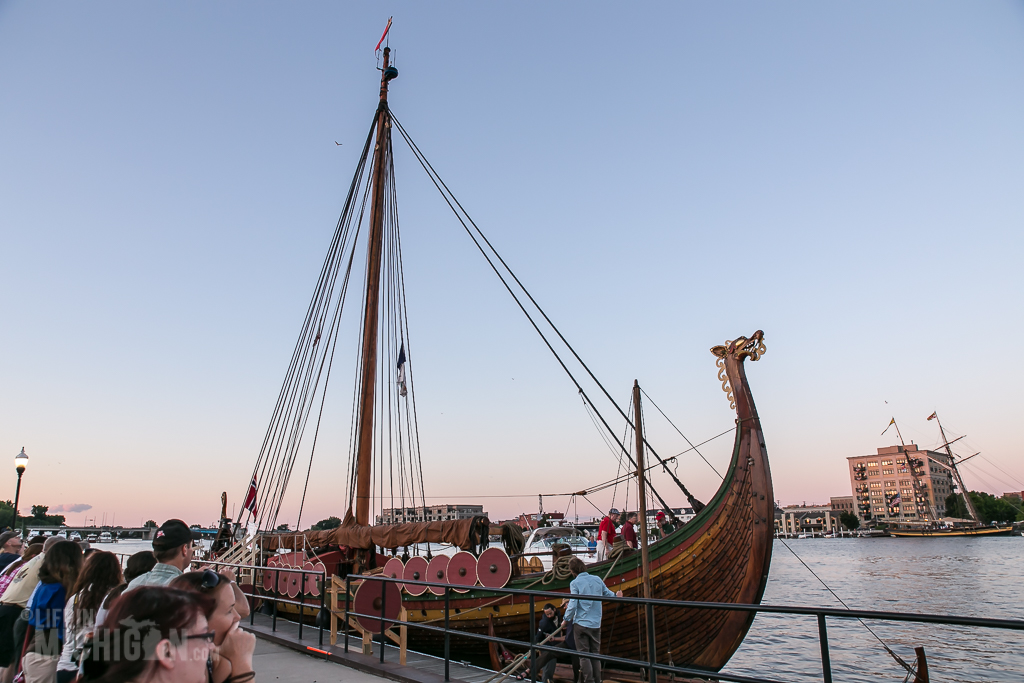 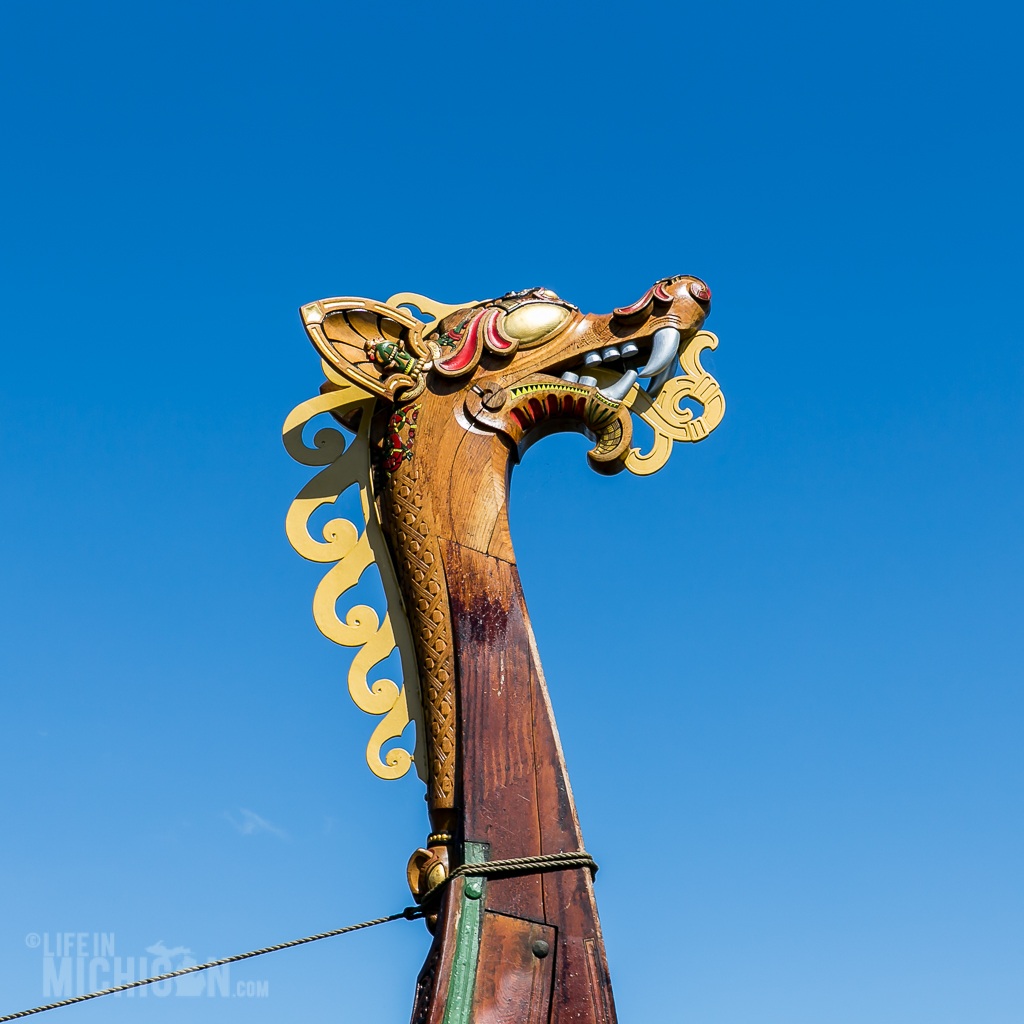 If you liked reading about our trip to the Tall Ships Celebration, then please share it on your favorite social media venue or send it as a link to your friends and family. If you’ve got a story to share or just want to say hi, please leave a comment.