This is the emigration story of William George Sodt. In 1881 he traveled with 13 family members to the port of Bremen, Germany to board the steamship SS Salier. Only 11 of the 13 family members made it the US. We will never exactly know why they made the decision to leave their home in Schale or why they selected Manchester, Michigan as their final destination. These are the facts as I understand them today and some conjecture sprinkled throughout. If you have facts to add (or correct) or folklore to share, please leave a comment or send me an email.

I need to thank Brian Sodt for his contribution to this post. Much of the content is from his family history collection and years of research. In the 1990’s when Brian started researching the Sodt Family tree, he consulted with Dr. David Koss from Naiperville, Illinois. Dr. Koss did extensive genealogical research on the Schale colonies in the 1980s and wrote the newsletter Schale (Westfalen) Newsletter between 1984 and 1995. Dr. Koss traveled to Germany many times and even attended a Sodt family reunion at the Sharon Township Hall in the early 60s. It is because of his work that the Sodt family tree is so well documented. Finally, when I need a specific document found, Mary LaMarre is only a text message away. Thank you Mary! This post is also made possible by your detective skills and tenacity when it comes to finding historical documents on the internet.

Keeping the family members straight is easier if you can reference a family tree. I borrowed the family tree that Mary LaMarre created in her Ancestry.com account. This tree is not inclusive of everyone in this story but does provide an orientation to my family tree and relationship to William George Sodt, who was my great grandfather. 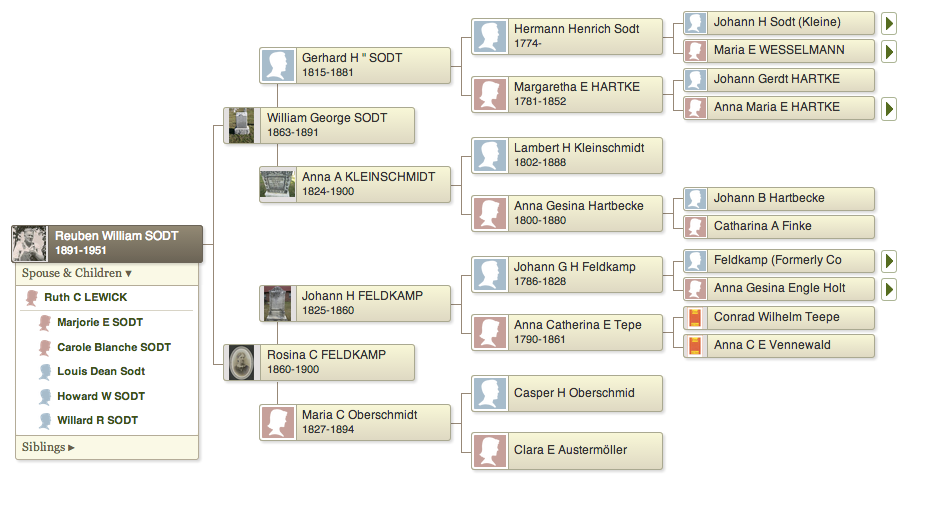 The 13 family members that started the journey to U.S. included George Heinrich “Henry” Sodt, his wife Anna Adelheid Kleinschmidt and their children:

Were you counting the number of sons? I was. Henry and Anna had FIVE sons and two grandsons traveling in this entourage. That is a lot of testosterone. If you are trying to find all the family members in the family tree featured above, stop looking. You will only find William George Sodt and his parents George Henirich “Henry” Sodt and his wife Anna Adelheid Kleinschmidt.

I wish that I could travel in time and observe this family from a safe place, like perhaps as a little bird that they don’t notice. I grew up with just one brother whose last name is Sodt and I can tell you he is tall (over 6 feet) and has a short-temper. (I didn’t inherit the tall gene but I am known to be a “fiery dragon” so it is genetic.) Can you imagine 5 of them? Good grief, I can’t. I’m also betting they were blonde and had a ton of hair. Family folklore suggests that William George Sodt didn’t want to immigrate to the U.S. He didn’t want to leave his friends. I’m betting that you didn’t argue with Anna, his mother.

Now that we have characters sorted out, it is time to get our bearings on the map.

Where exactly is Schale?

It is now within the borders of Germany but when the Sodts were living there, it was in the Kingdom of Prussia. Yes Prussia. The “B” marks  the approximate location on today’s map. 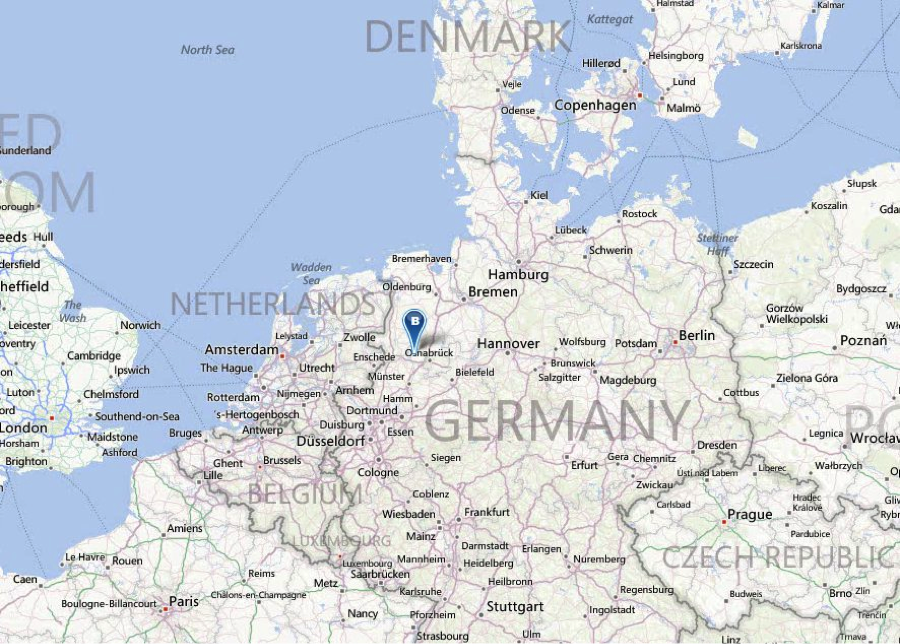 Many of our Sodt ancestors were born in the small village of Settrup and married women from Schale. Often the marriage took place at the St. Georg Evangelical Lutheran Church in Furstenau. 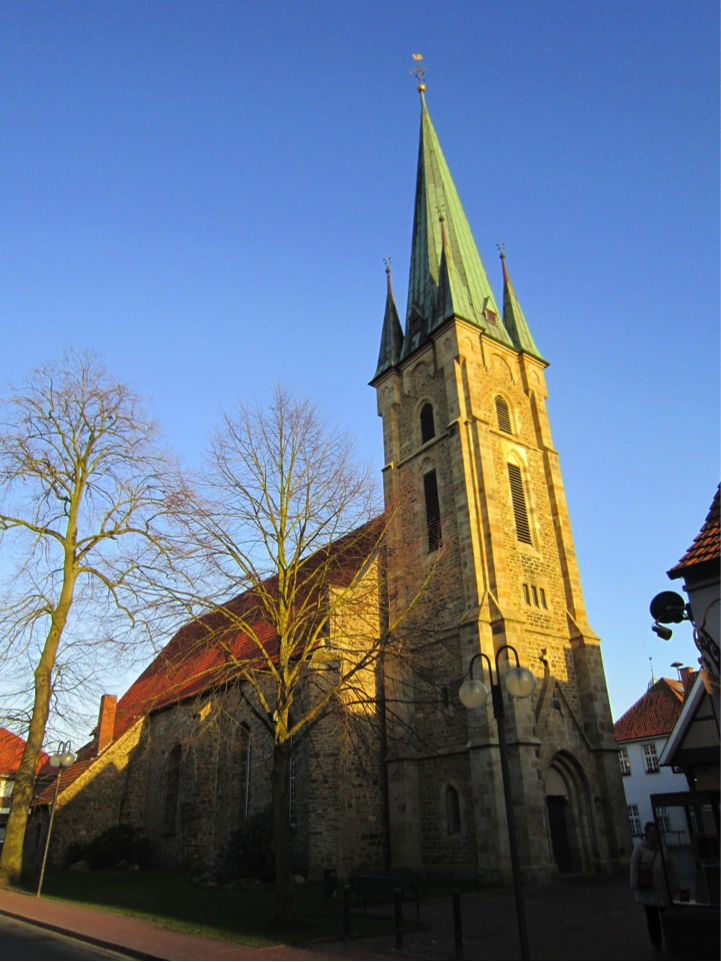 The Sodts lived in either Schale or Furstenau. Schale is 2.5 miles south of Settrup and Settrup is 2 miles southwest of Furstenau. Further complicating things is the fact that Schale is in a different county than Settrup and Furstenau, and until 1866 they were in different countries. Schale is in what was formerly the principality of Westphalia. Settrup and Furstenau are in what formerly was the principality of Hannover.  In the following image the thin line is the Hannover/Westphalia border. The yellow border, about 25 miles from Schale, is the Netherlands border. 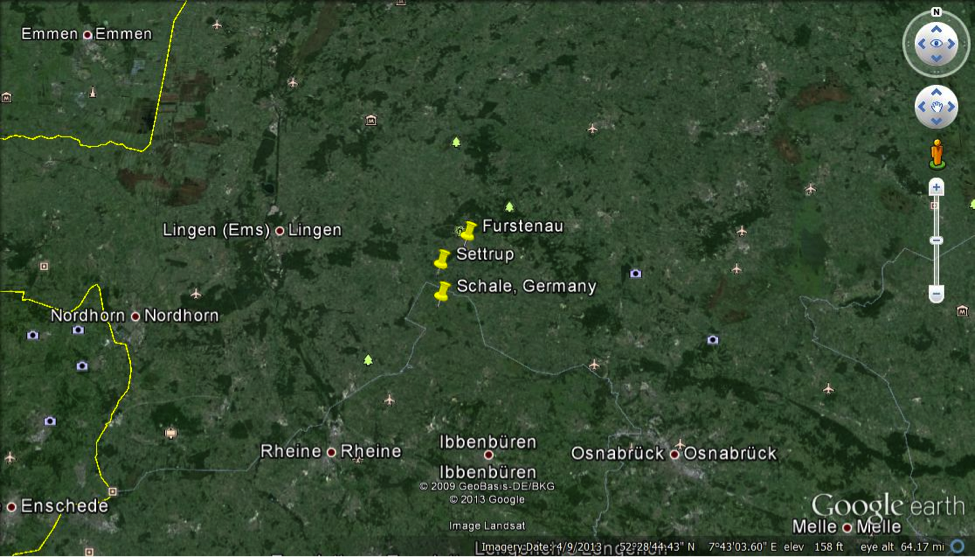 How did they select Michigan as their destination?

Why did they leave their home?

This is pure conjecture and from a woman’s point of view. There wasn’t much farm land available to purchase and most of their friends and families had already joined the massive immigration of Germans to the U.S. from 1830 to 1880. Conscription into either the Prussian or German army was just a matter of time for the two younger sons. So here is my theory, Anna said to Gerhard, “Look, we are selling the farm and taking these boys somewhere safe!” And Gerhard not feeling as good as he did a few years ago agreed knowing that if something happened to him, his oldest would inherit the farm and his younger sons would be SOL. 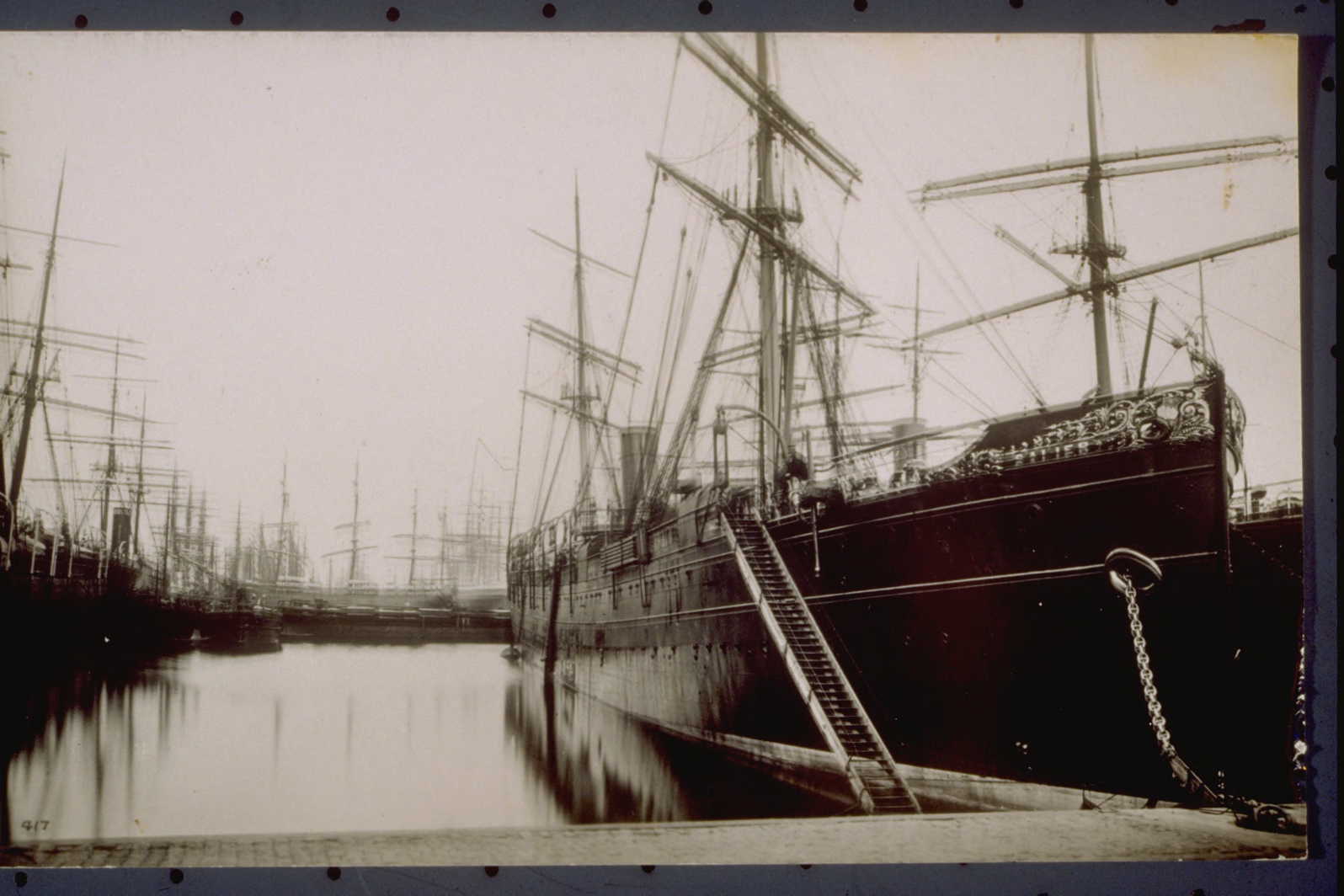 On June 7, 1881, Anna Kleinschmidt Sodt walked down those walked the steps of S.S. Sailer with her children. The CastleGarden.org provides the details.

It was not a long voyage but probably not very comfortable. Total travel time on board the ship was about 2 weeks. A lot happened during those two weeks! It is rumored that, Lizzie, Henry and Anna’s daughter, was born on board the ship while immigrating to America.

Not everyone arrived safely. Henry Bernhardt, age 2 died at sea. He was William George’s nephew. It also appears that William Georges’s father, George Heinrich “Henry” Sodt died just before boarding the ship. Now Anna is the matriarch of a family headed to a new country. The family is grieving for a father and a child. (Can you imagine? I can’t!)

Life in the US 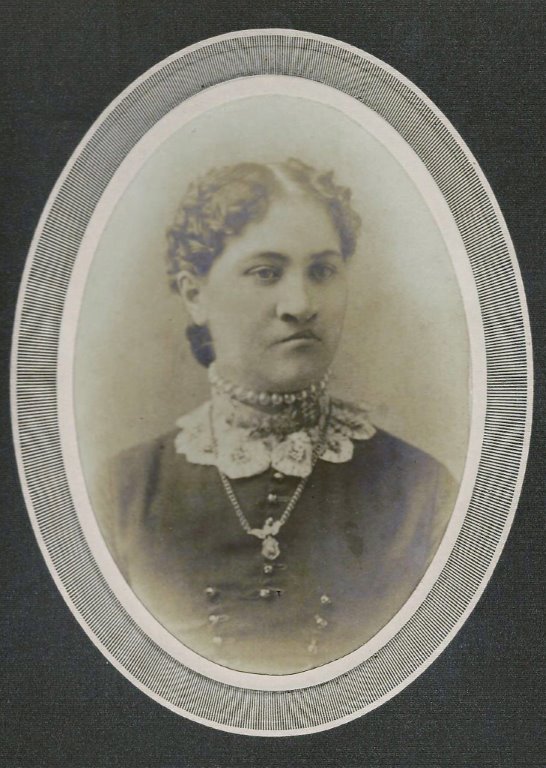 Sadly William George Sodt died at the age of 28 in 1891. Not long after Reuben Sodt (my grandfather) was born. The story as I understand it, William George cut himself while butchering a pig. A slab of meat was placed on the wound to stop the bleeding. This was not a good plan. Yikes! You can do your own Google search on that! I’m betting it wasn’t pretty. The doctor wanted to cut the arm off but he’d have nothing to do with that plan and eventually died from complications of the injury.

Christine has her own story and its worthy of its own post. She died in 1900 leaving four children as orphans, among them Reuben William Sodt, my grandfather (he is the youngest in this picture.) 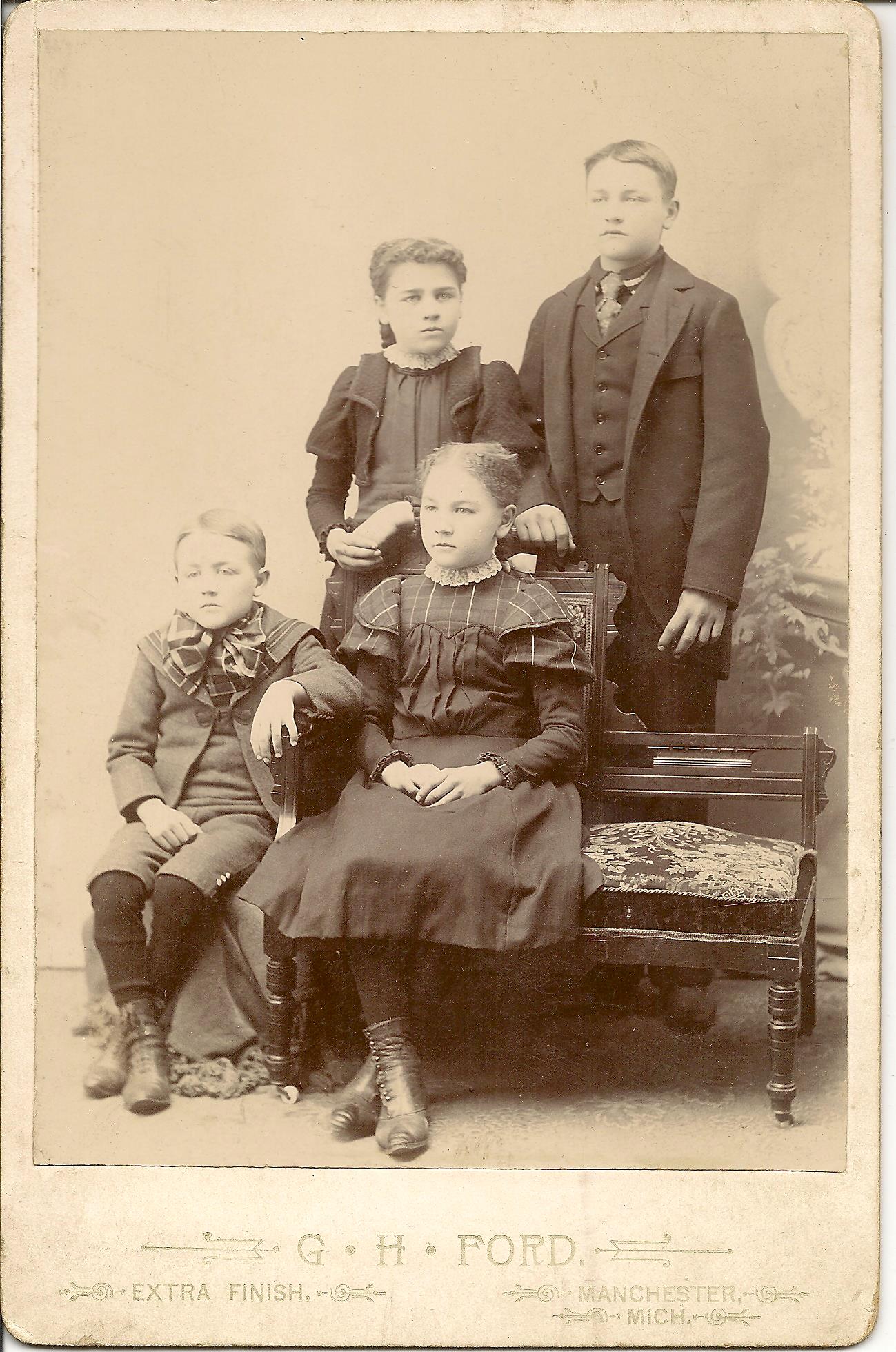