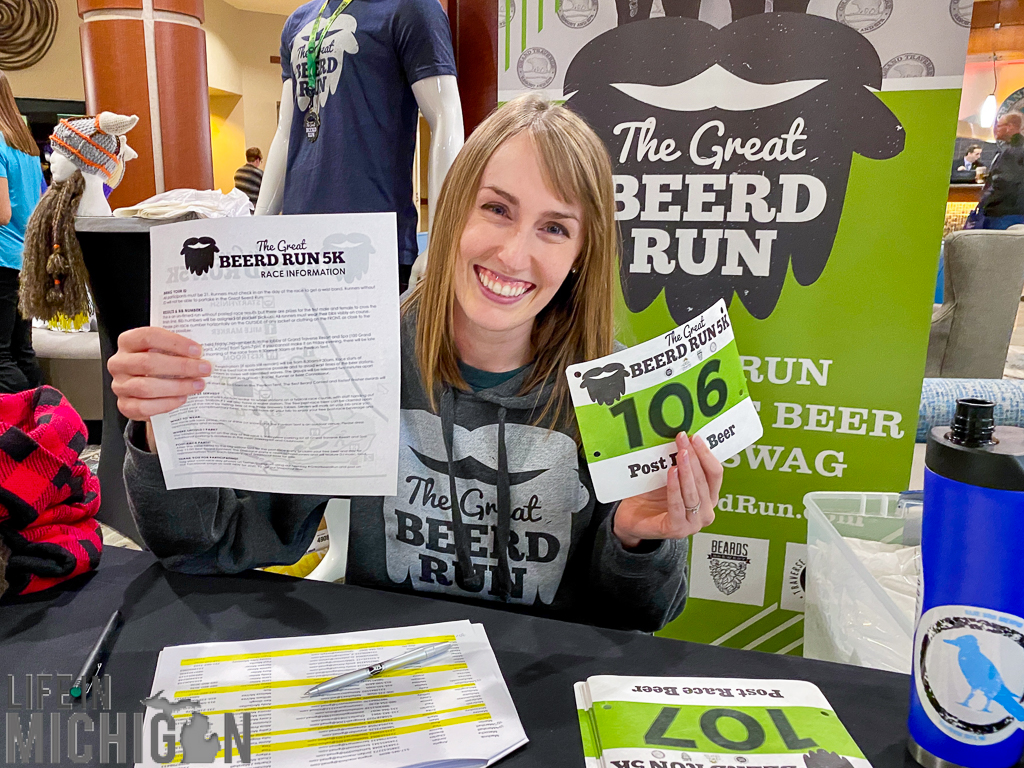 My new beard was in the swag booty we collected upon check-in for the run. Chuck said he was good with the beard he brought. 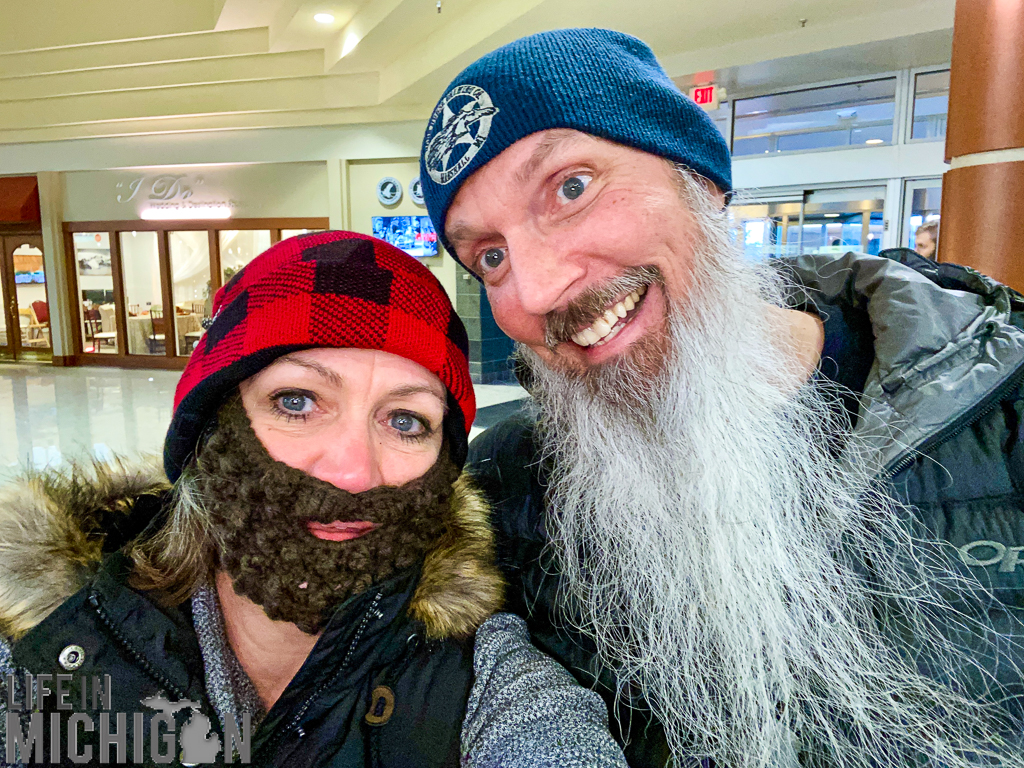 When Jillian invited us to the Great Beerd Run, she promised us a “5k fun run designed to celebrate all things Beer and Beard! It is an untimed run with on-course beer tastings featuring Beards Brewery, Short’s Brewing Company, and Right Brain Brewery.” It was definitely everything she promised!

Like magic on the morning of the run, bearded runners, unicorns, and Santa assembled under Grand Traverse Resort and Spa’s yellow pavilion. They chatted, showed off their beards, and even did a little dancing to keep warm while we waited for the run to start. 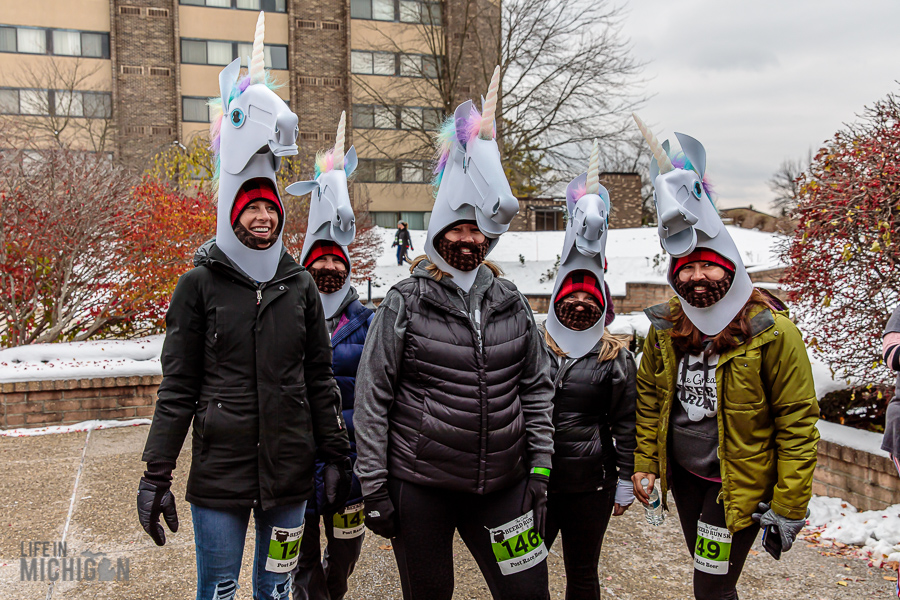 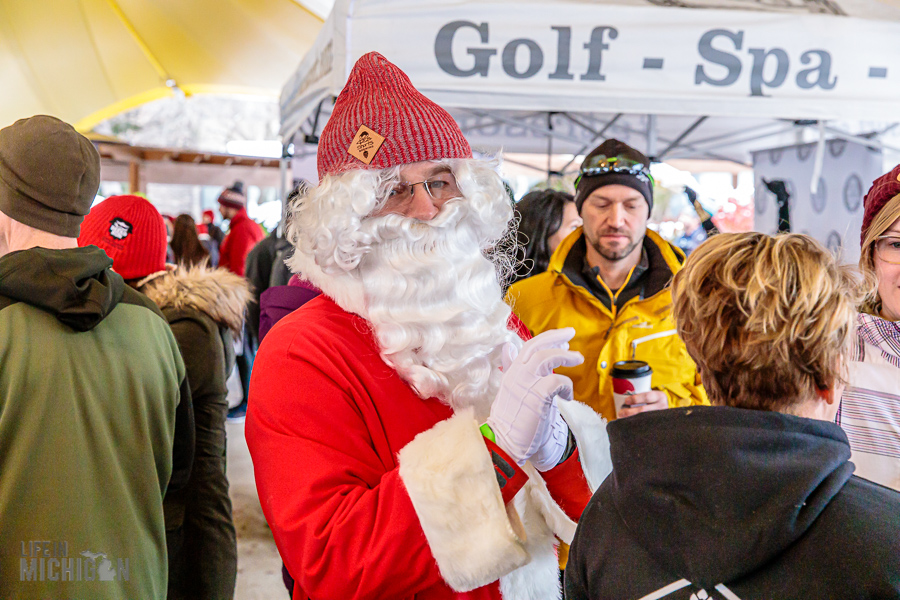 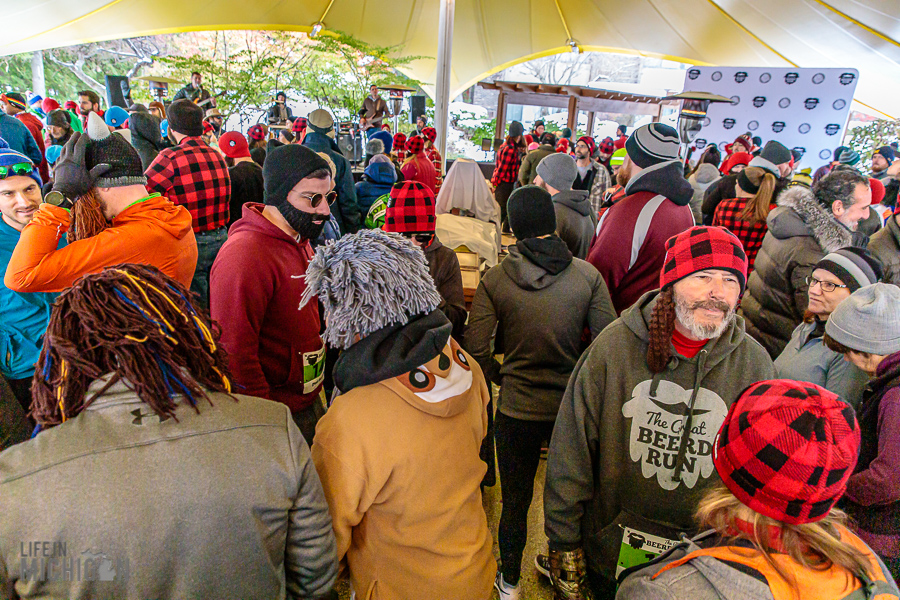 At 10 am, the race started and runners were off in search of beer. 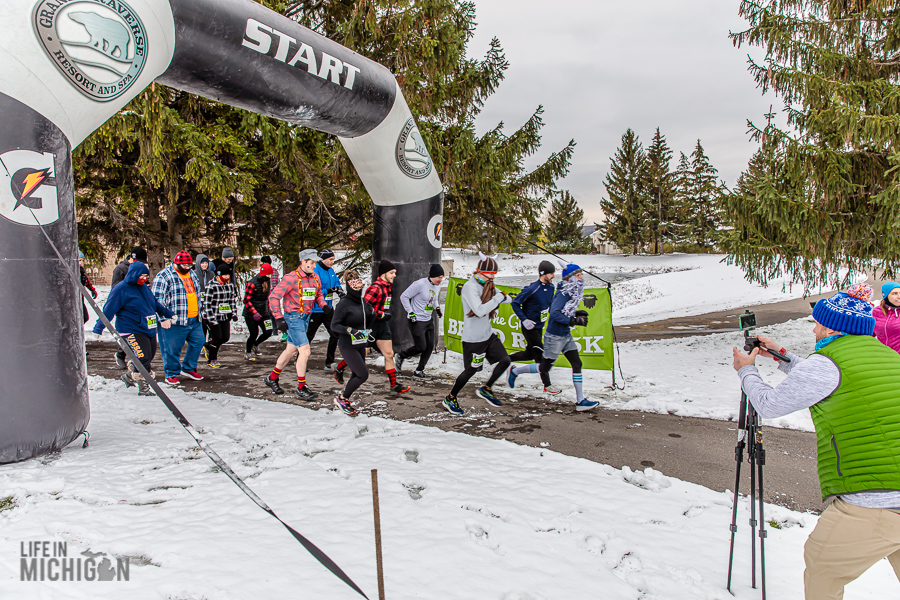 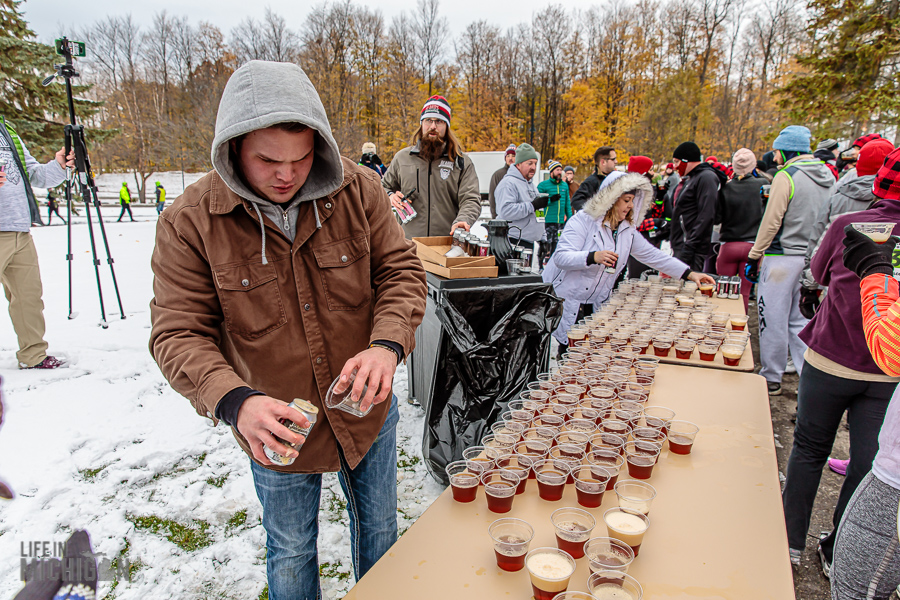 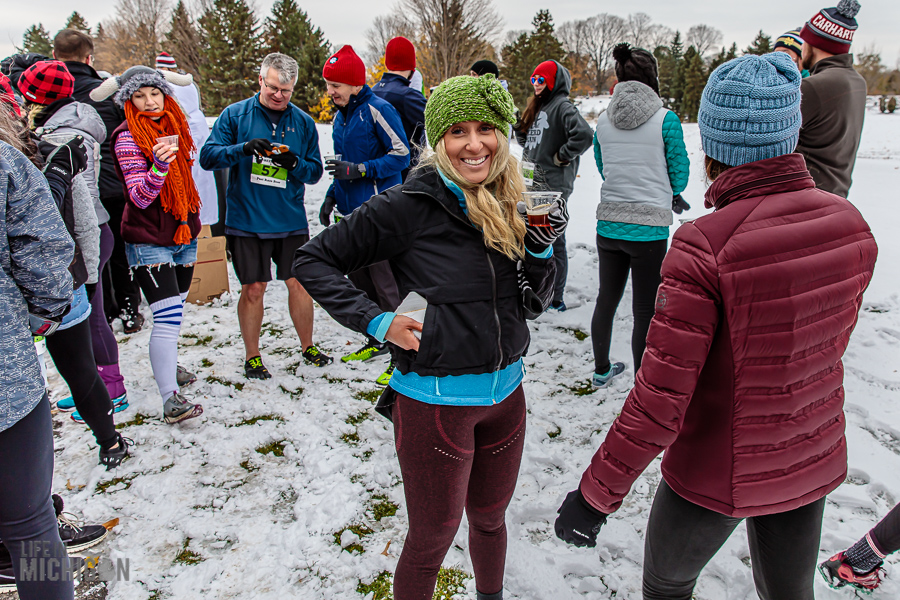 Short’s Brewing Company sponsored the 2nd beer station. They were offering up “Juicy Brut” which seemed to us like a champagne toast for almost covering two miles. Refreshed and rejuvenated we pushed onward toward our goal of a fleet-footed finish at the Great Beerd Run. 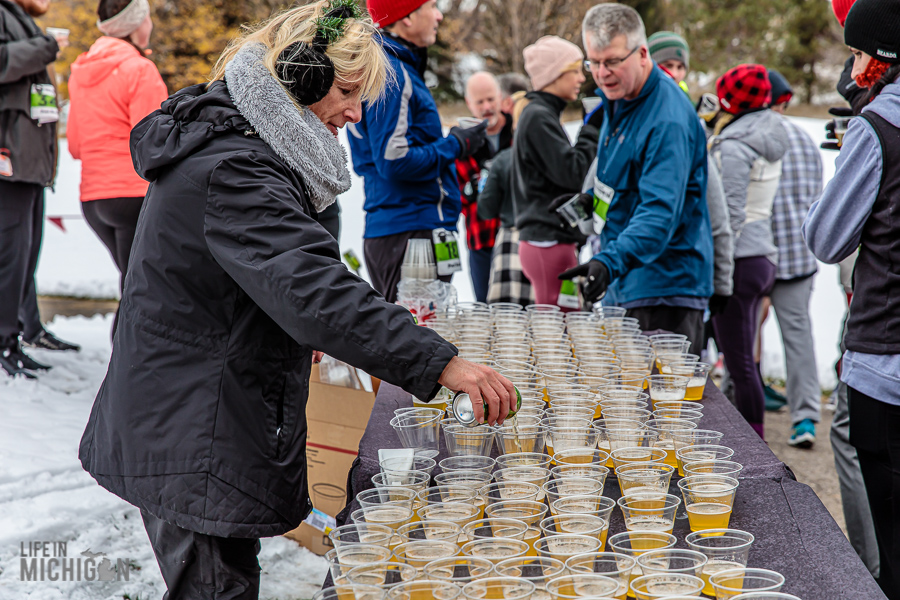 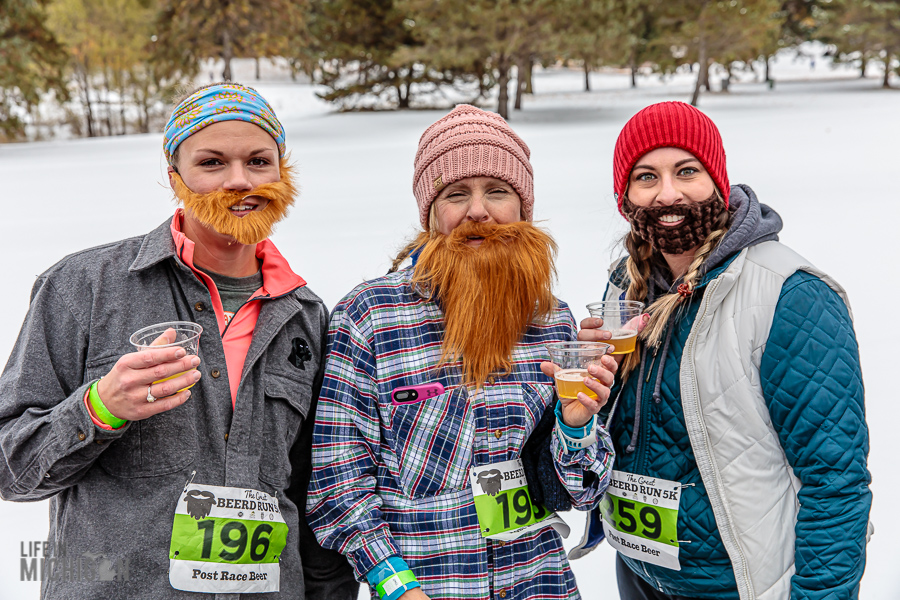 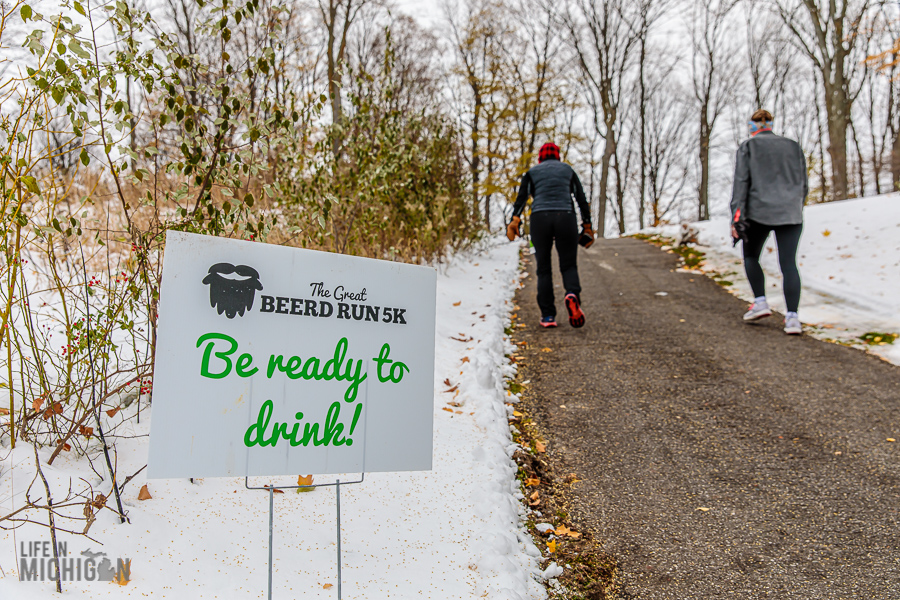 And finally, after climbing the only hill on the course, we found Right Brian’s beer station and Keg Couch!  We felt illuminated after a luscious “Luminous” lemon ale. 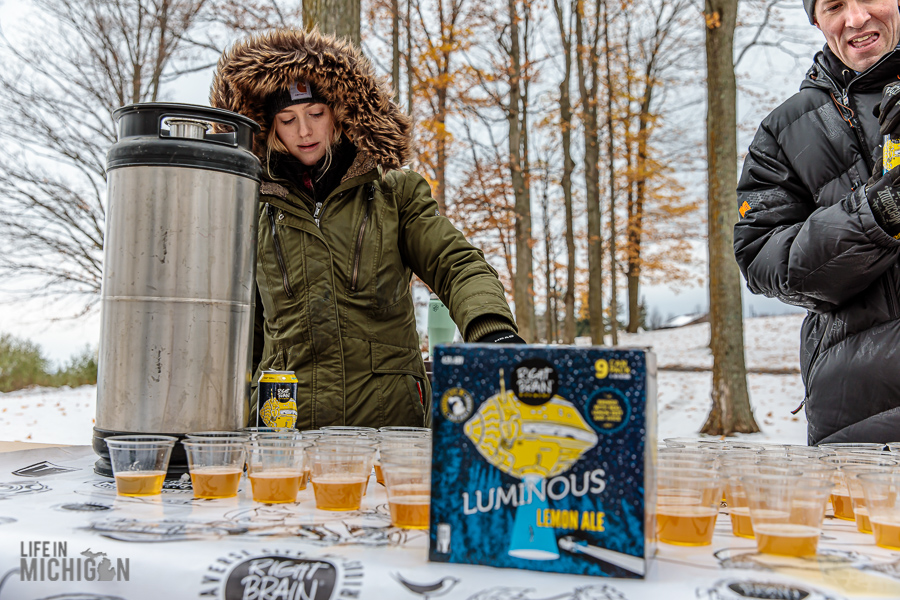 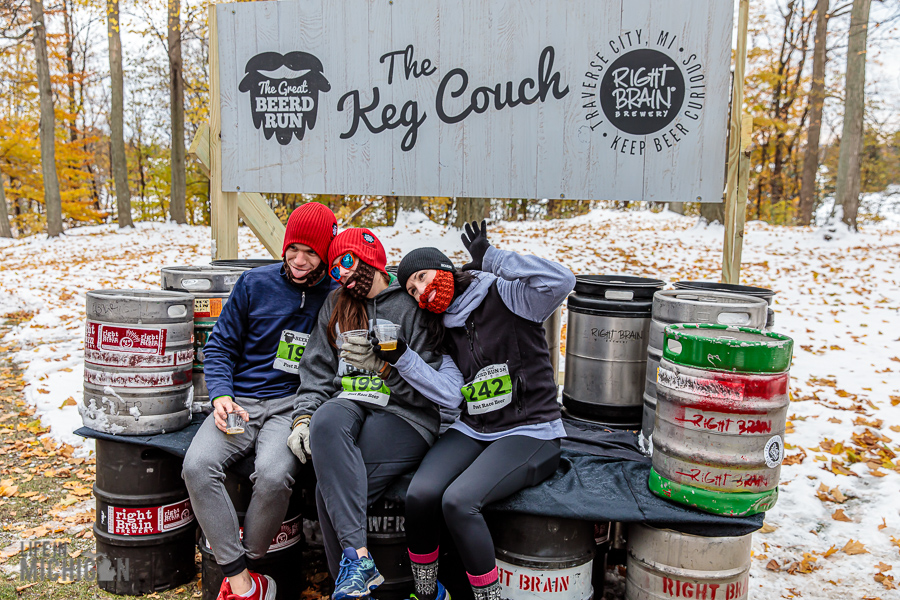 The Detroit Grooming sponsored the Best Beard Competition. They brought along a bunch of their products to make your beard fabulous. 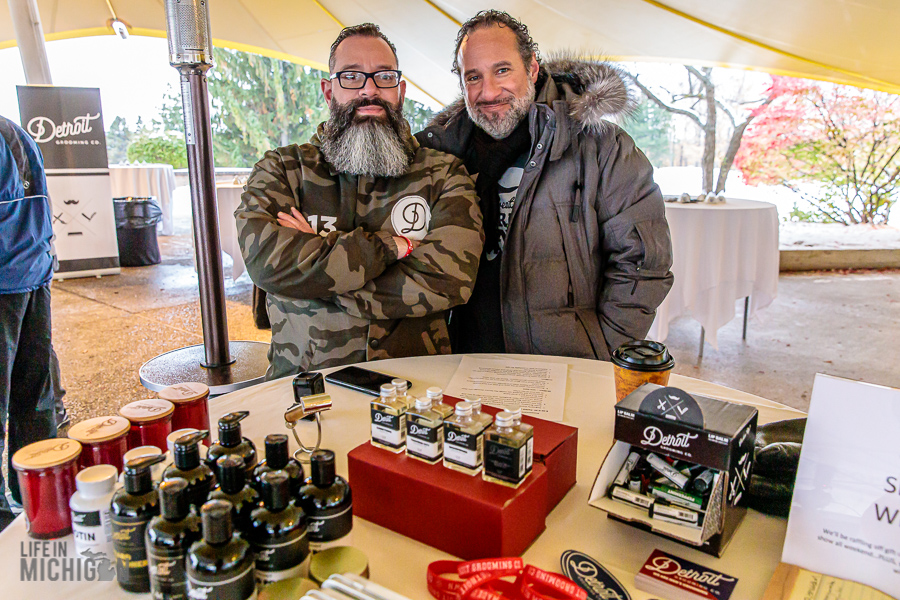 There were prizes for the Best Natural Beard and Best Assisted Beard as well as for the fastest male and female runners. 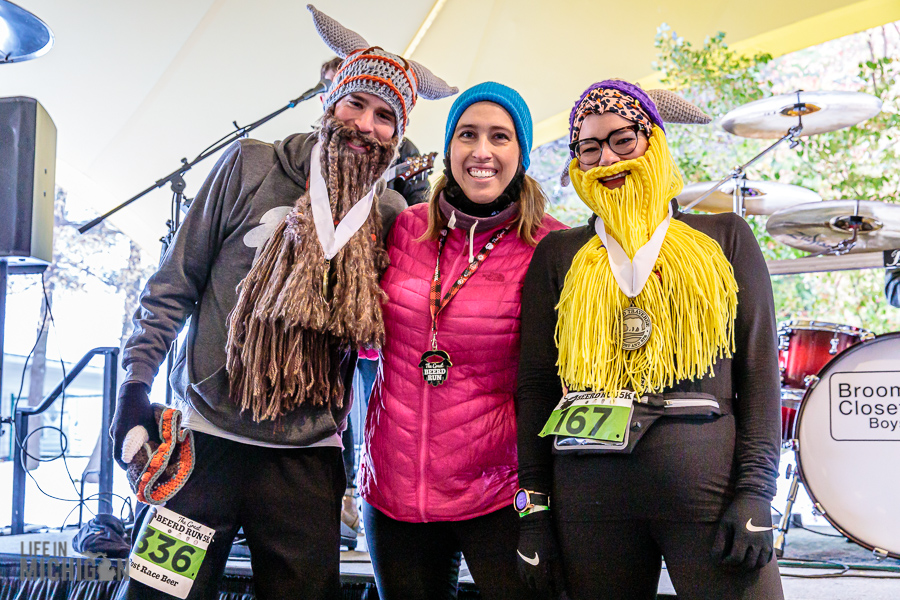 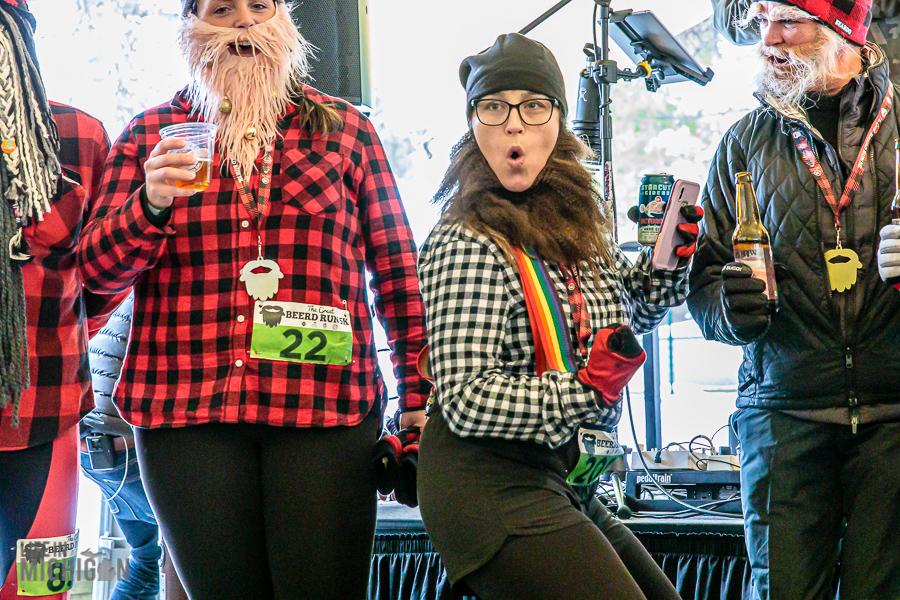 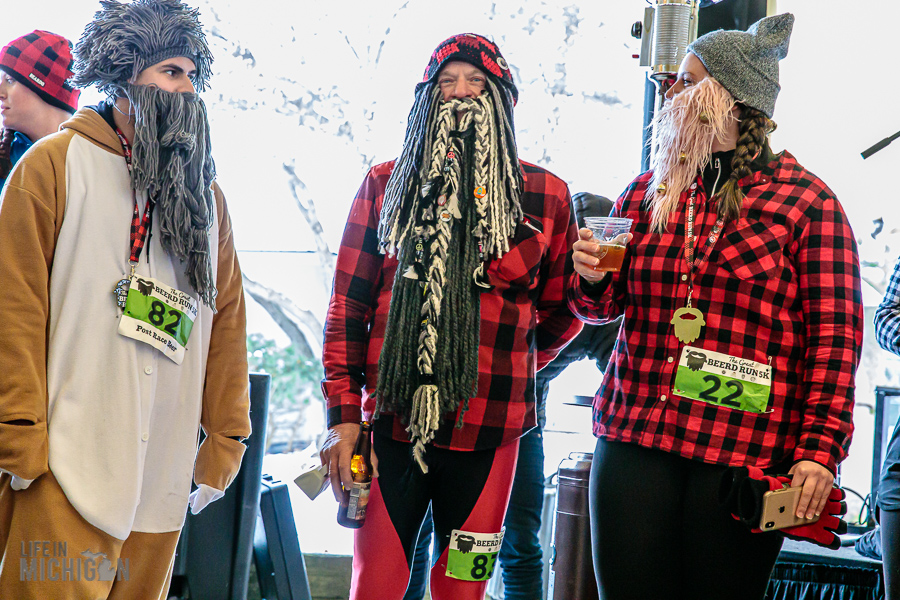 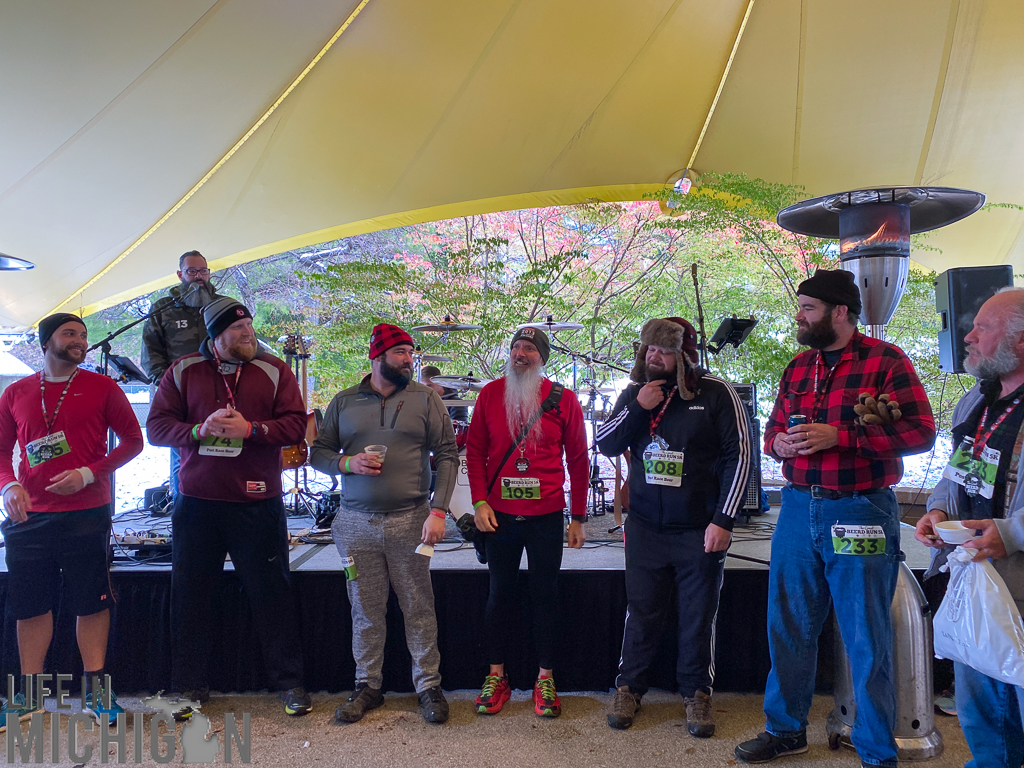 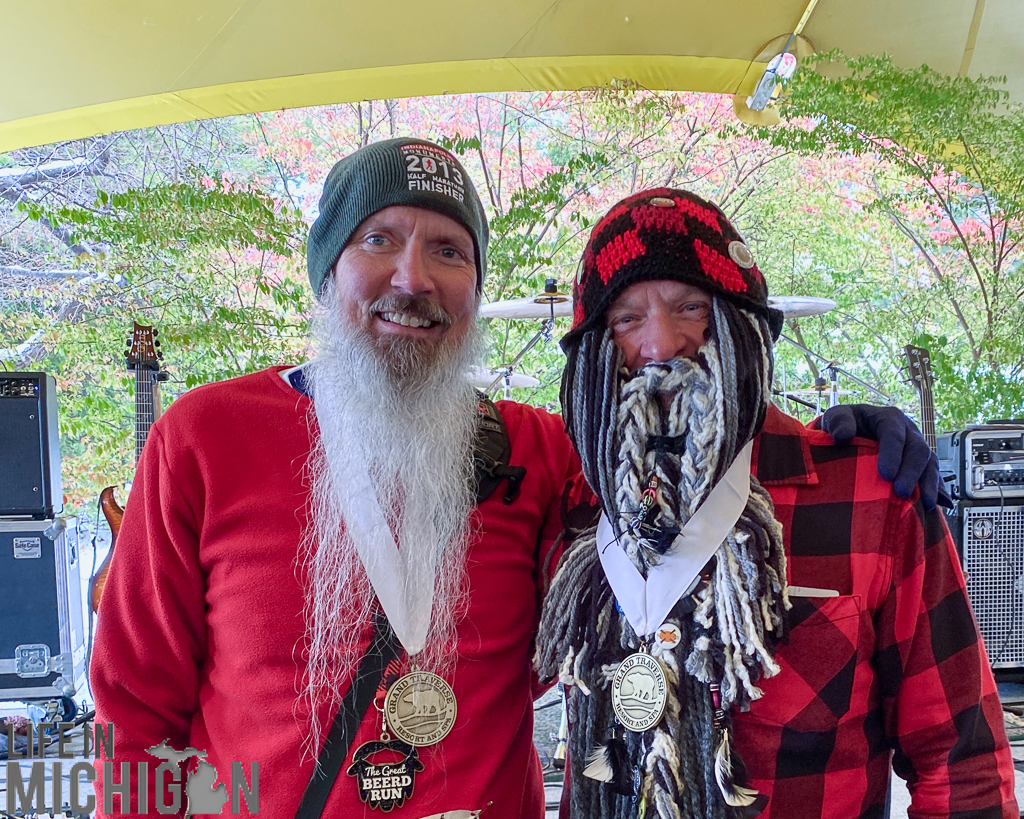 By 11:00 most runners were back and race grub was being consumed. Included in the registration was a ticket for one beer during the post-race party. Many runners were enjoying a delicious smelling soup. It looked pretty cheesy so I opted for banana and few sweet treats. I have to admin washing my banana down with beer was first. 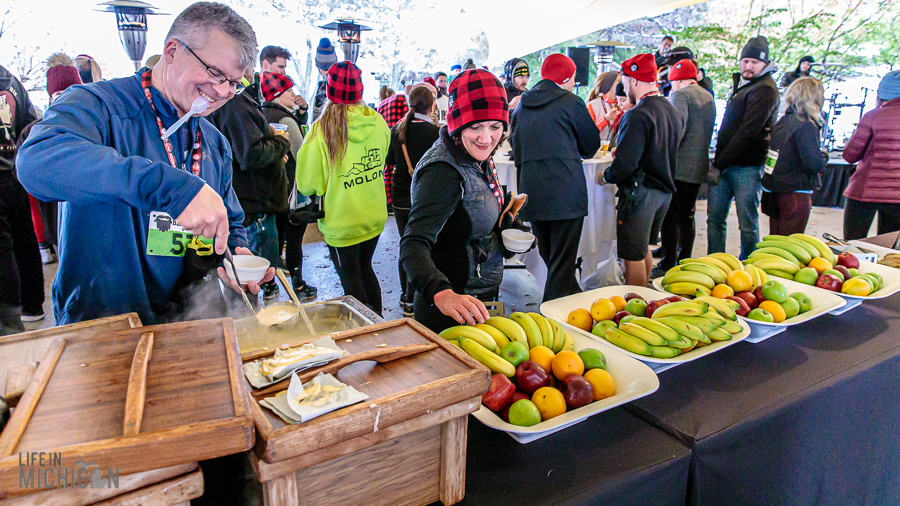 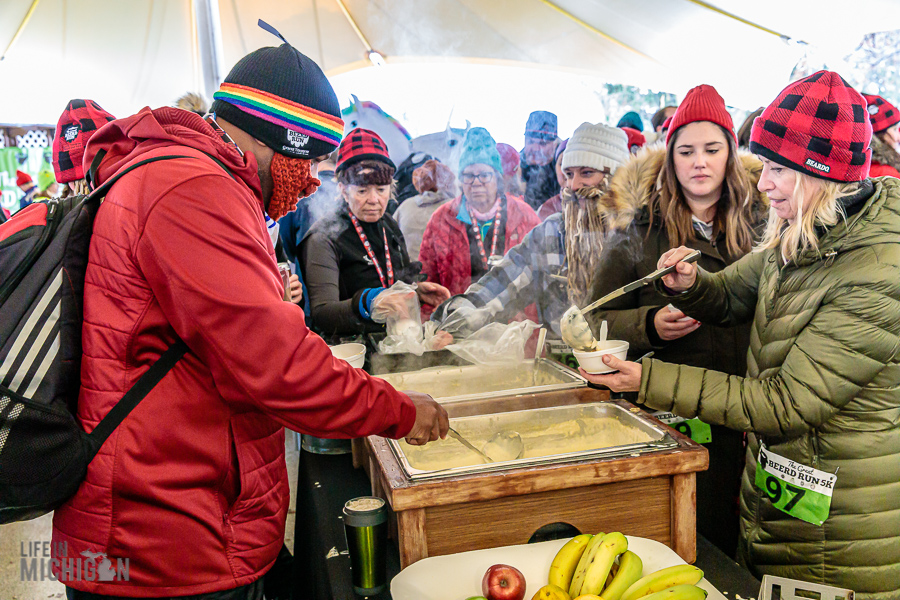 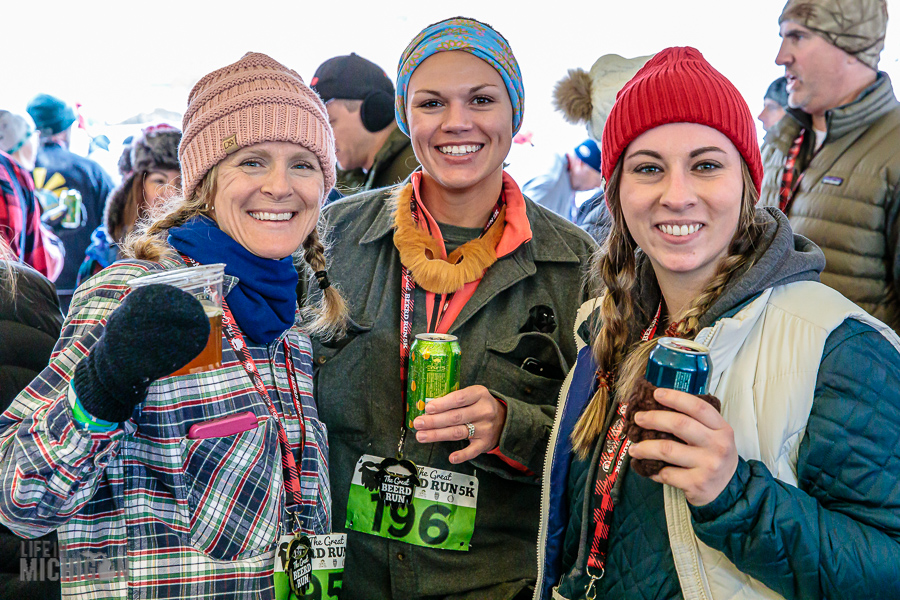 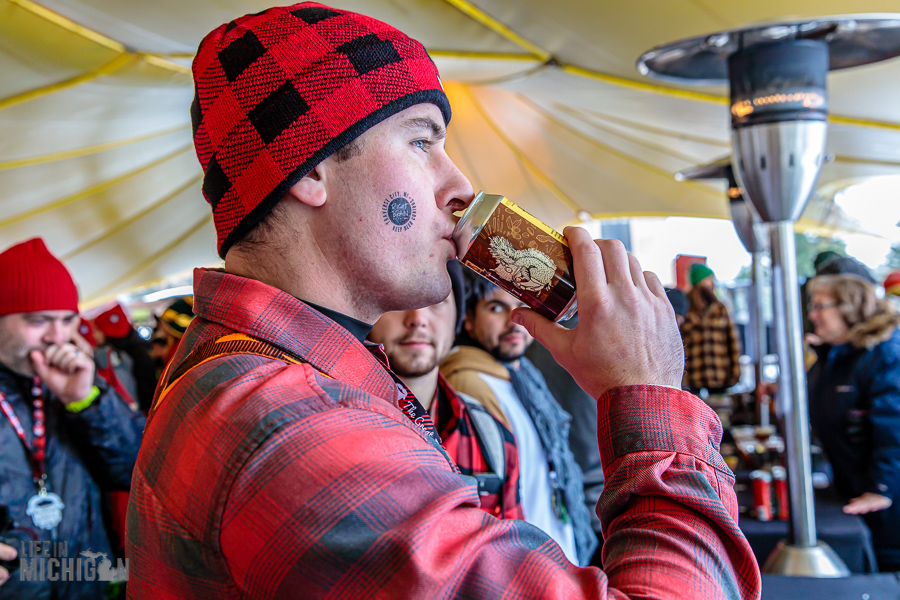 The pre and post Great Beerd run entertainment at the Grand Traverse Resort and Spa was a band called Broom Closet Boys. When we arrived they were playing a cover of Elton John and I thought “man, this is a great cover”. From that point on, the Broom Closet Boys just kept rocking out one fantastic cover after another. I know I heard the Eagles and pretty sure a cover of Blink 182. Each song played with dedication to the original while letting these talented musicians make the music come alive. 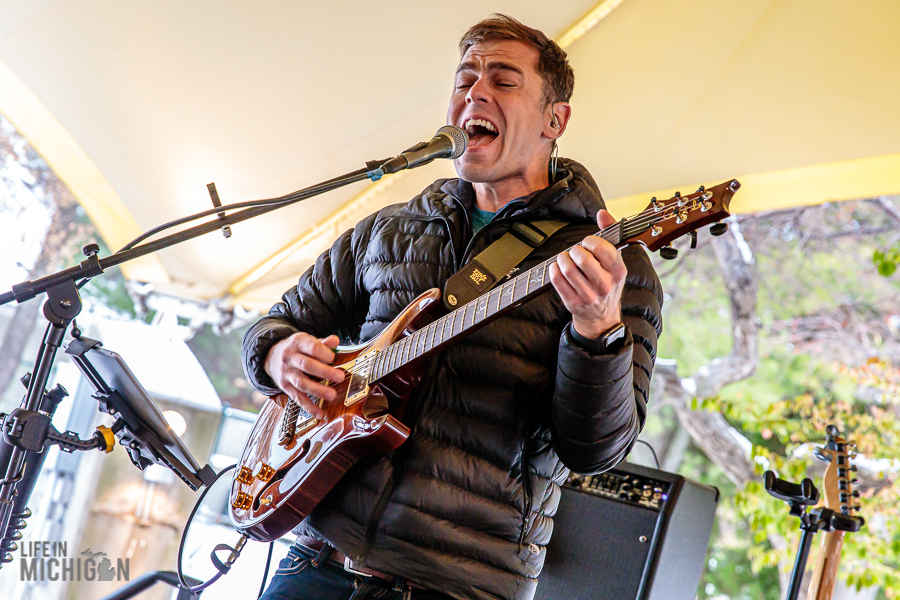 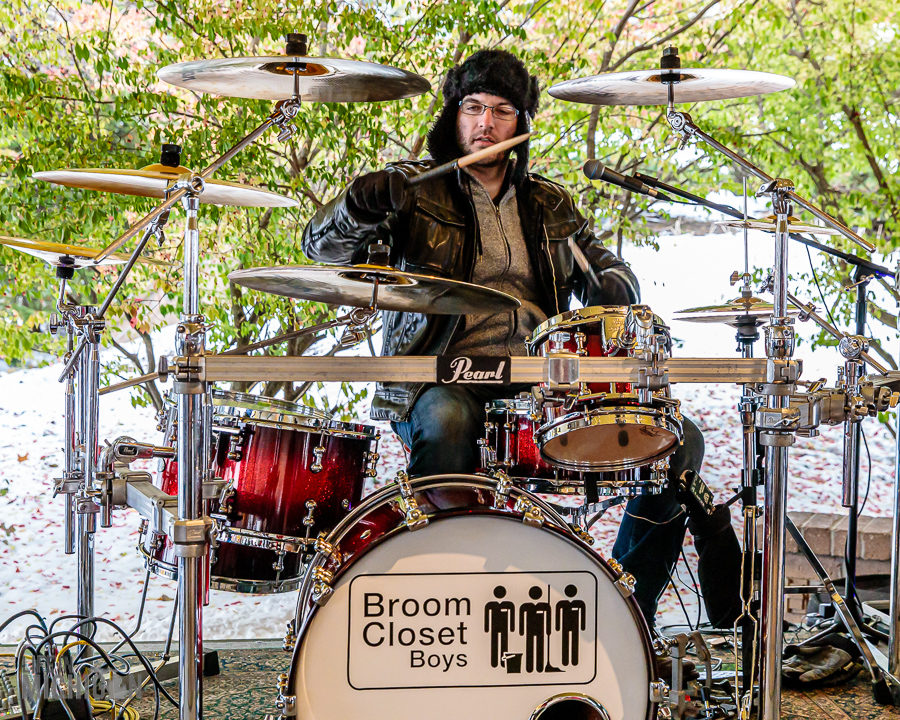 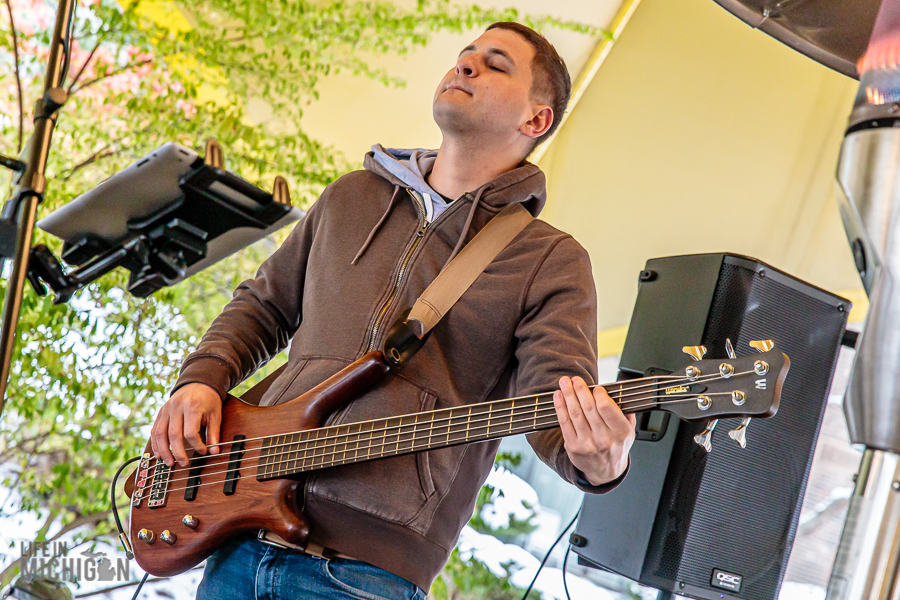 All the covers they did were energizing to get us ready for the cold run ahead. The one that hit home was their rendition of “American Girl” by Tom Petty. They also performed a damn fine cover of “Tennessee Whiskey” by Chris Stapleton which had a few people swaying to the music. Evidently, the Broom Closet Boys hit the local pubs and breweries as well as many special events in the Traverse City area. Be sure to check them out for a night of fun music. 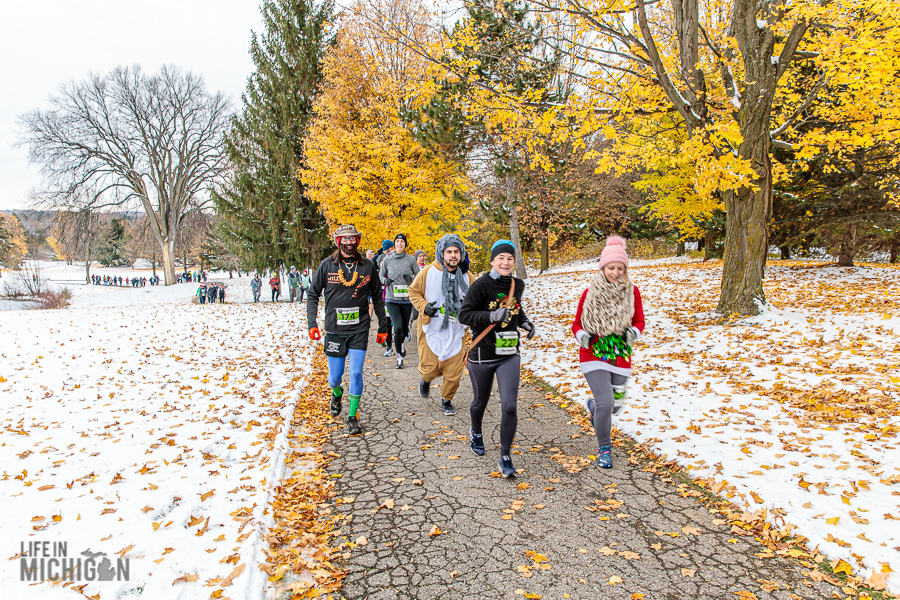 We love all of you and wish we could put everyone’s picture in the post. We’ve got a lot more in the gallery. Enjoy the images. Contact us regarding any use.