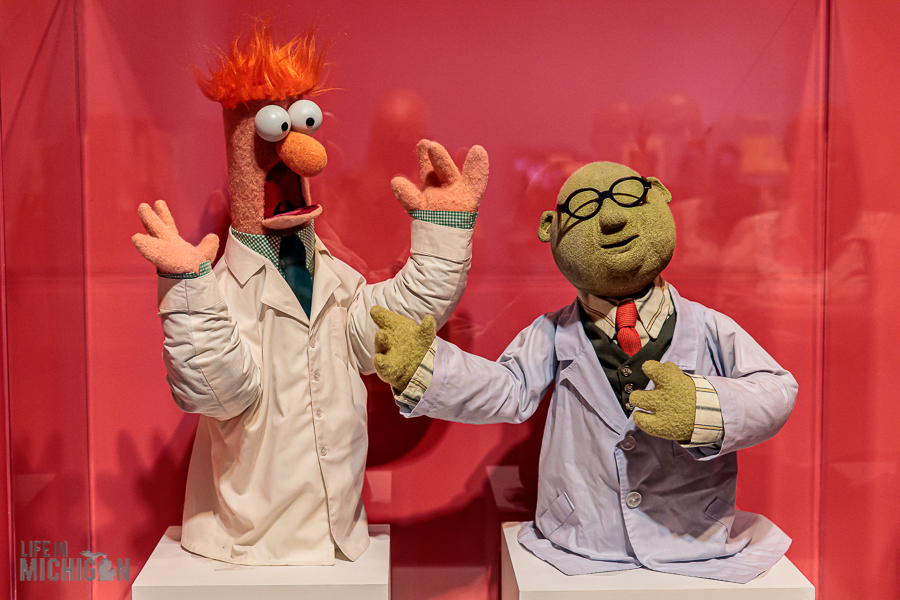 My sister Beth and brother-in-law Shannon are wonderful people. They live not far from the Henry Ford Museum. Their love for this treasure trove of history led them to purchase a yearly pass. Being the great sister that she is, Beth invited Brenda and me to join them for a visit.

While any visit to the Henry Ford Museum is worthwhile, this one is extra special given the Jim Henson exhibit. You may know Jim from Sesame Street or perhaps you’ve heard of The Muppet Show. It may seem ridiculous, but I was excited to see Kermit. 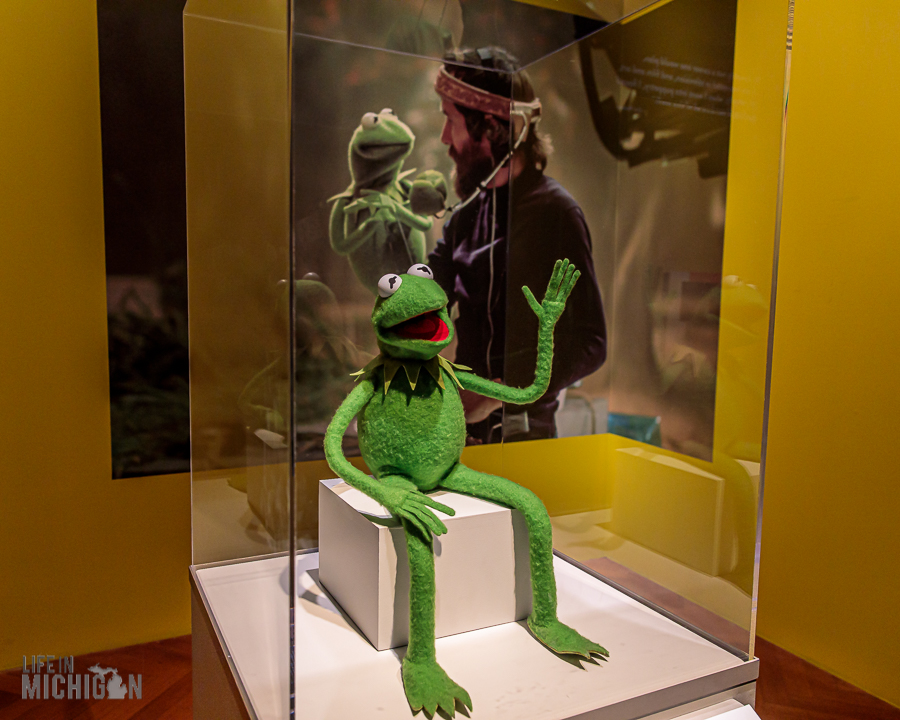 There is a lot to see at the Henry Ford Museum. It is frankly overwhelming. Beth and Shannon let us pick where we wanted to start. I’m not sure if I had a look of bewilderment on my face or not. The Presidential Vehicle exhibit was near the entrance, so that is where we started. 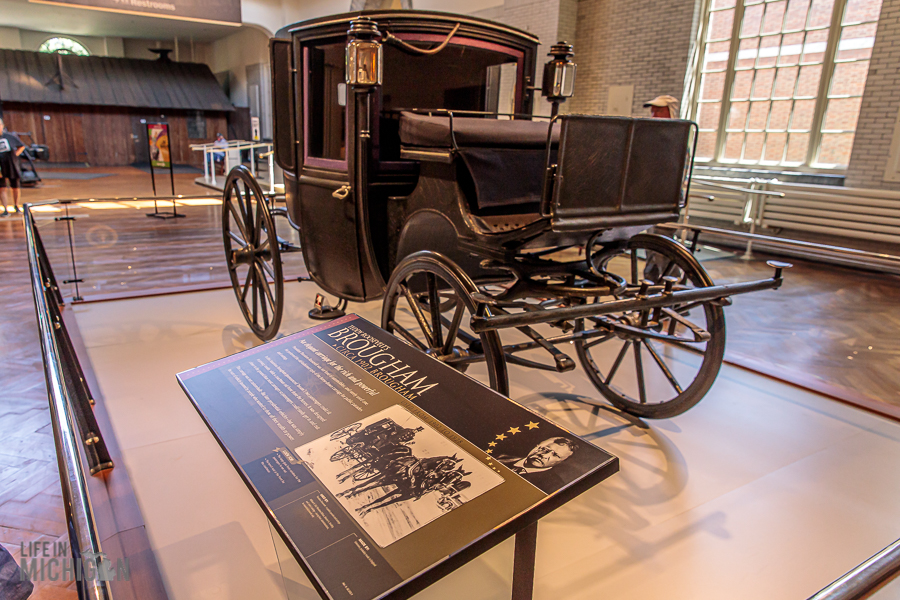 Probably the most thought-provoking vehicle was the one in which John F. Kennedy was assassinated. What I didn’t know and found a bit shocking was that the vehicle was rebuilt and used by Presidents Johnson and Nixon. I suppose it was a show of resiliency in the face of a horrible event. 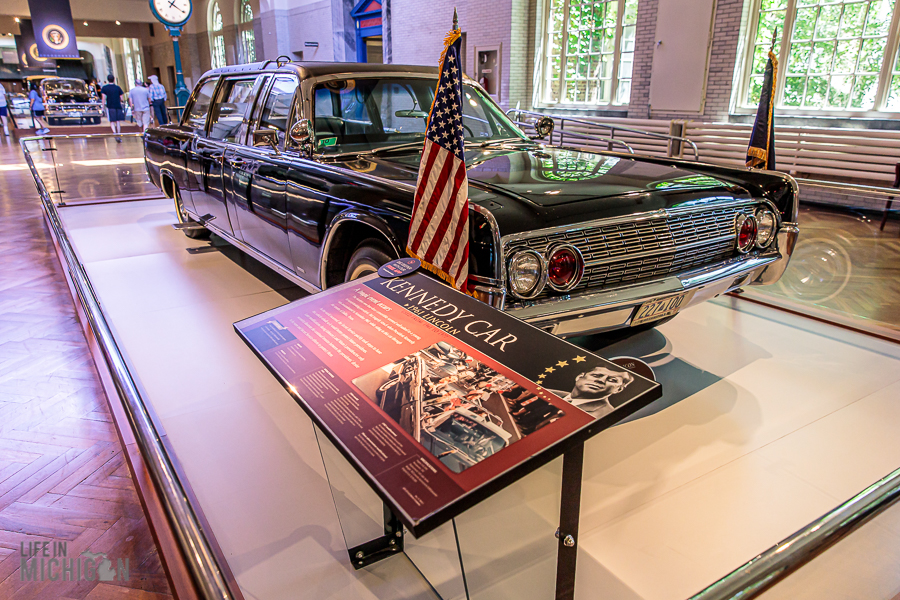 While the Kennedy car may have garnered the most attention, I felt the stand out was the massive 1939 Lincoln used by President Franklin Roosevelt. I loved the nickname “Sunshine Special”. Evidently, President Roosevelt loved to cruise with the top down. 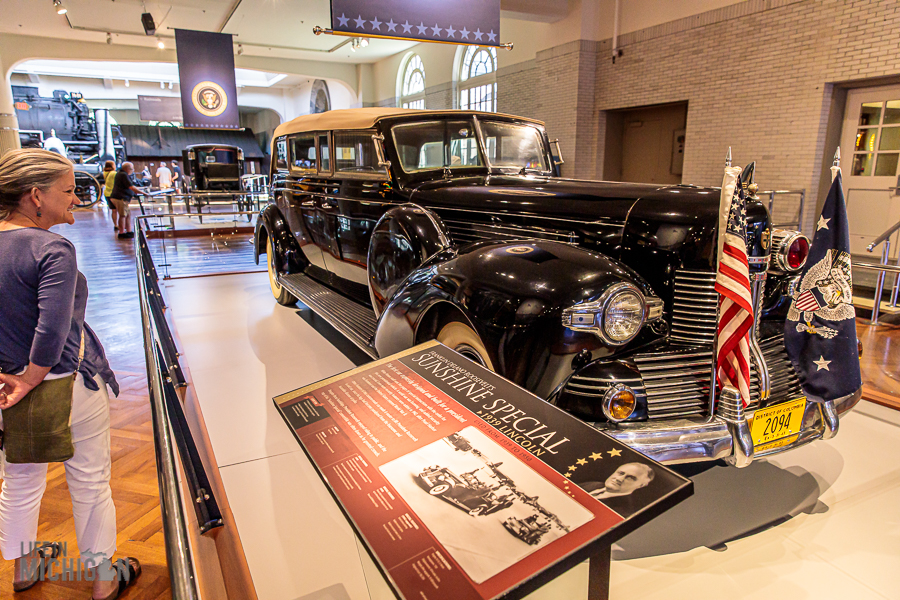 After the Presidential vehicles, we moseyed through the trains, planes, and automobiles. The trains are impressive. Particularly given the size of some of them. I was particularly struck by the immensity of the 1601 Allegheny. I couldn’t imagine how they got this monster into the museum. Thankfully, the Henry Ford Museum website had me covered. 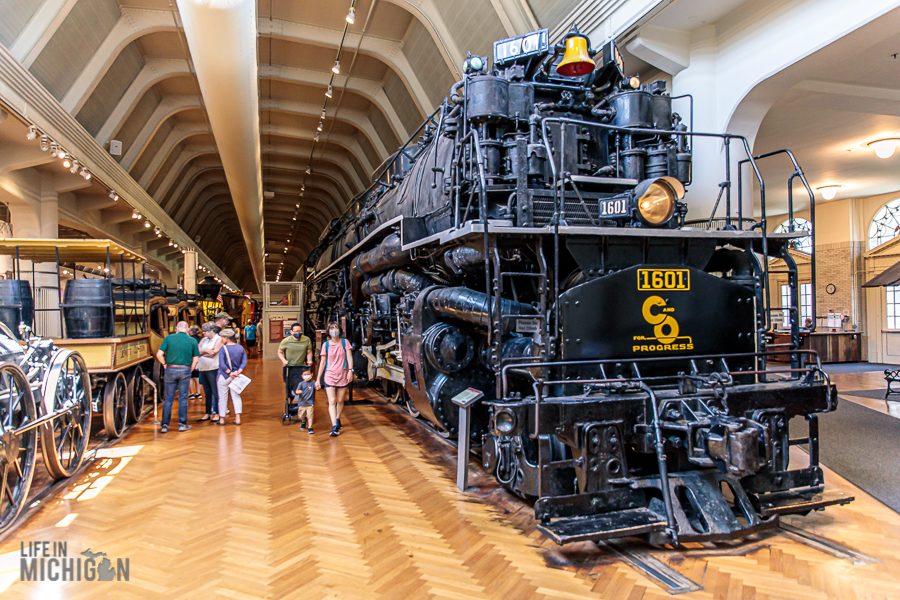 We breezed into the Driving America exhibit which features a nostalgic mix of automobiles and exhibits about the American road vacation. The VW camper fan had me thinking about van life. We plan to do a bit of blue highway explorations next year in a van for a couple of weeks. 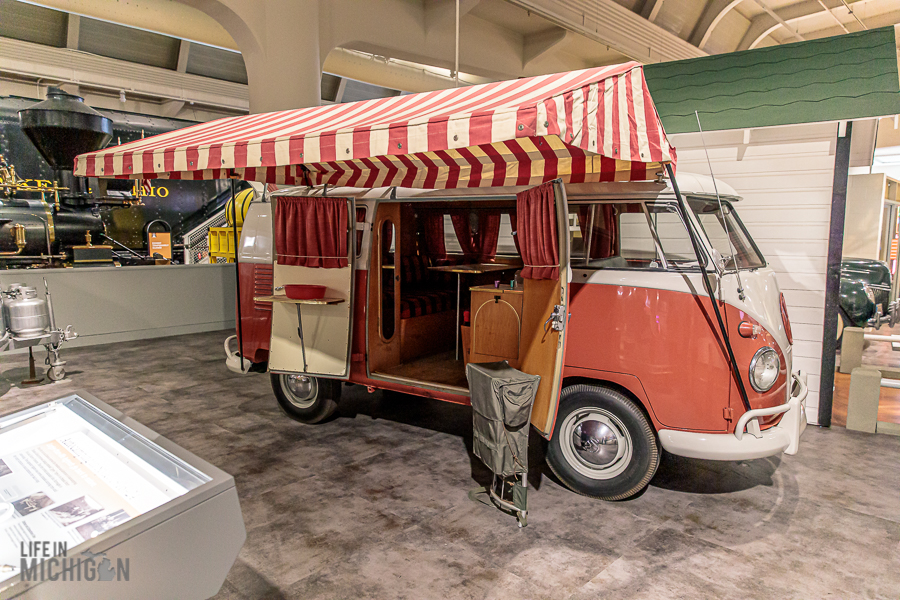 Our stop in the Heroes of the Sky exhibit didn’t do it justice. You need to spend some quality time with all these magnificent flying machines. However, the barnstorming section drew us in for a closer look. 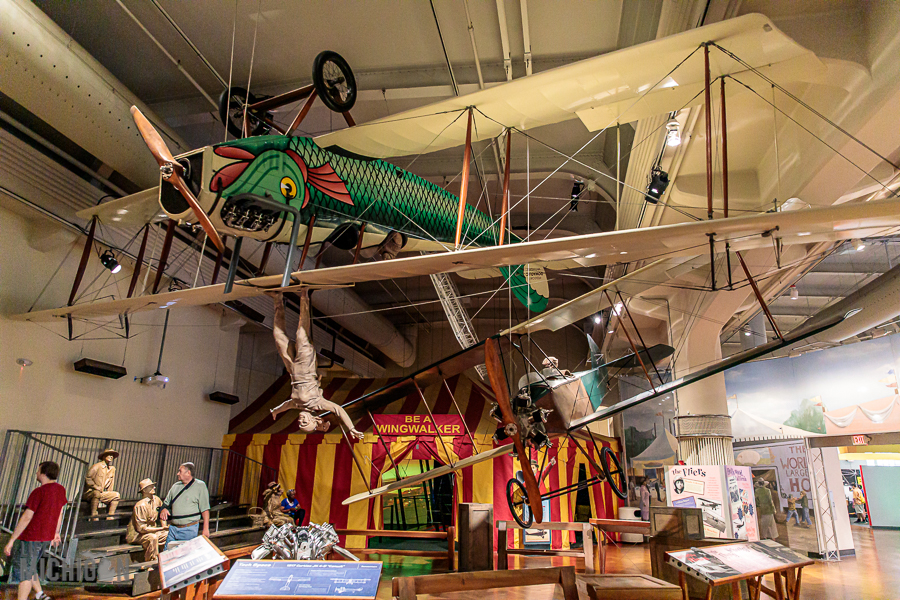 During the roaring twenties, stunt pilots took to the air in flying circuses in what was called barnstorming. The name resonates as many of these stunt pilots would land at a local farm. Even crazier than the pilots, were folks who thought it would be fun to risk death by walking on the wings of the plane. A popular plane for these death-defying feats was the Curtis JN-4. The U.S. Army used these planes for training in World War I. I’m sure no one had any idea how this plane would spark civil aviation.

I am blessed with being born at just the right time to enjoy Sesame Street and the Muppet Show. Of the two, I’d say the Muppet Show has the most impact. We would be ready and waiting for the Muppet Show each week. The theme music would start and we would be glued to the tube. The Muppet Show stands the test of time as the humor spans generations. 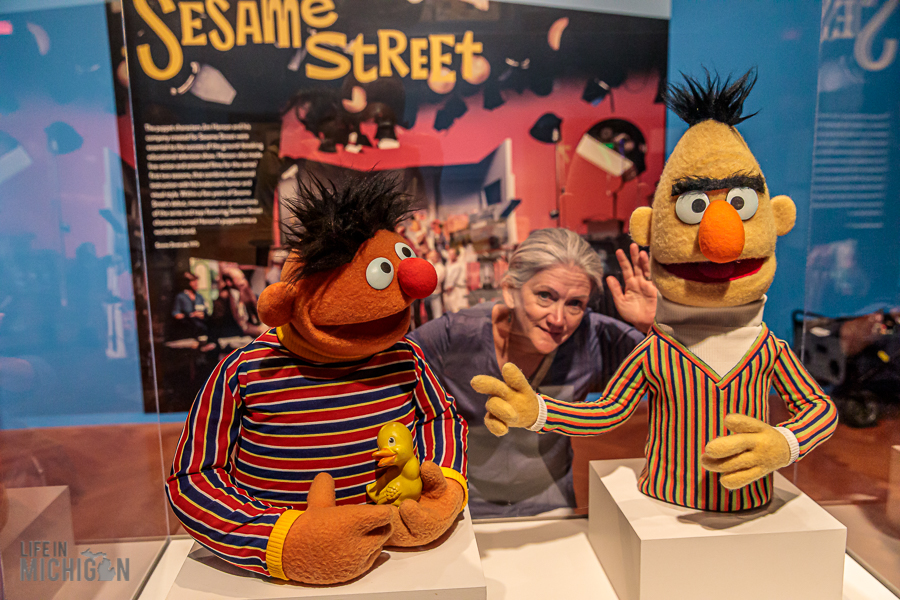 I was amazed to learn that Jim Henson started working with puppets in high school. He created puppets for a Saturday morning kids showed called The Junior Morning Show on WTOP in Washington D.C. Then as a freshman in college, he created a puppet show called Sam and Friends for WRC-TV. It was on this show that Kermit The Frog’s ancestor was born. 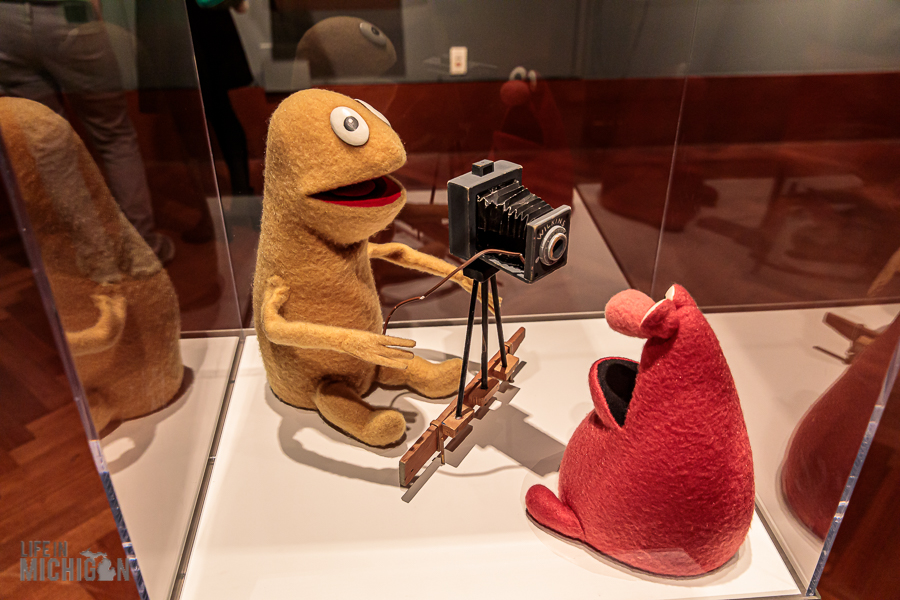 Seeing the early drawings and puppets brought home for me the enormous creativity of Jim Henson. The progression from Sesame Street and The Muppet show into feature films such as The Dark Crystal and Labyrinth leaves you in awe. Hell, he helped create Yoda, one of the most beloved characters of all time. 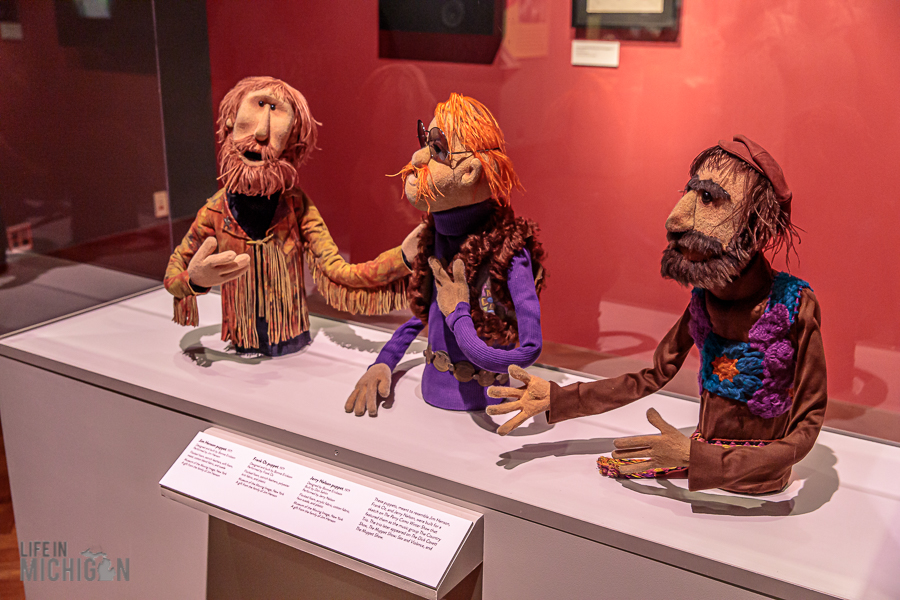 Your Place in Time

Our final stop during this visit to the Henry Ford Museum is the Your Place in Time exhibit. This walkthrough of the 20th Century is brilliant. There is so much to take in that it can be a bit staggering. We loved how they gave context to many of the items by placing them in what may have been a familiar setting for the time. 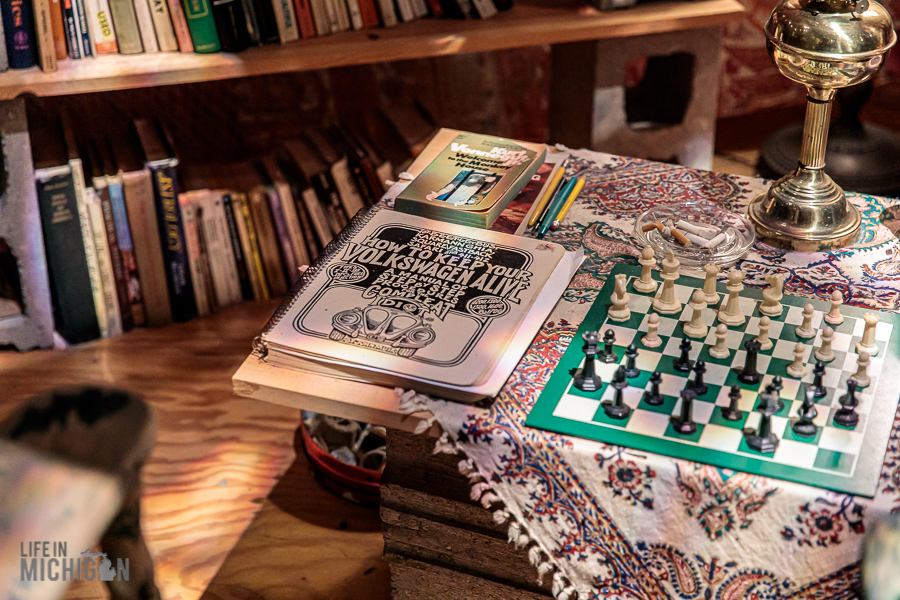 The only problem with this exhibit is that it is easy to feel like a museum piece yourself. Especially when you see the Atari game and the Y2K book and think “Hey, that isn’t that old!”. These museum artifacts are part of our life. It is a humbling feeling. It is also a great way to flood the mind with wonderful and funny memories. 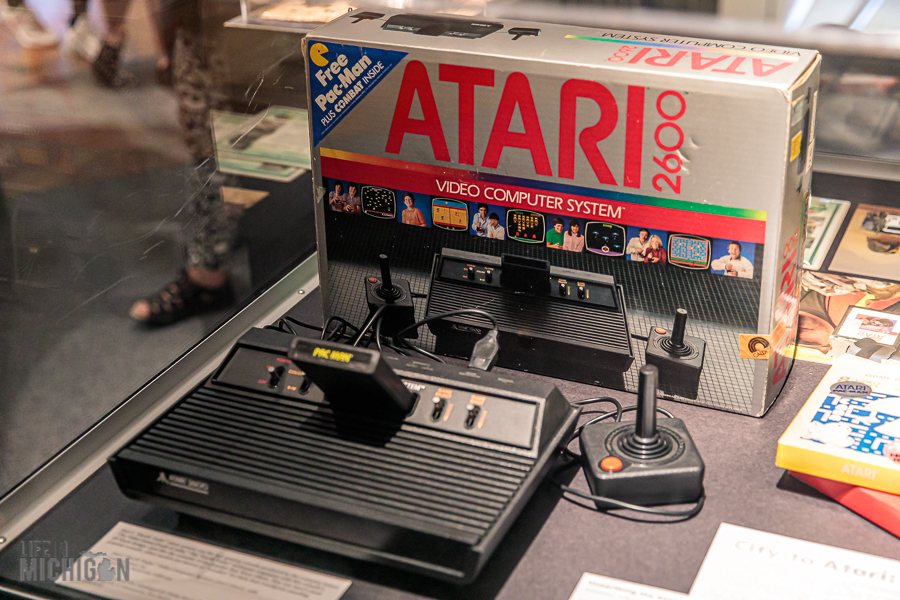 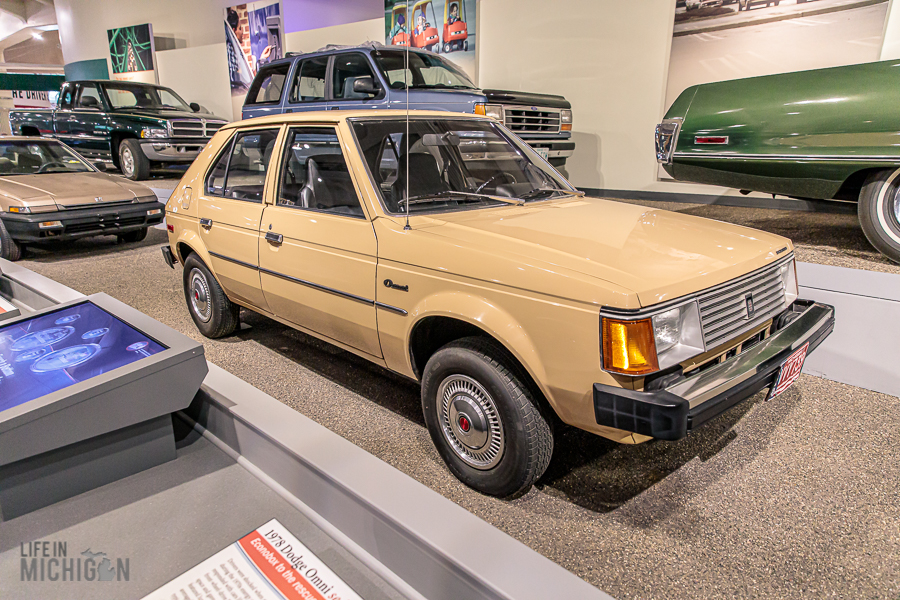