The Fellowship of the Ring – The Ring of Steall that is 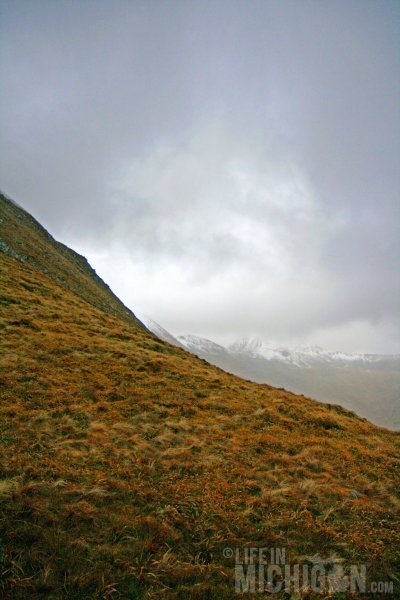 One of my favorite scenes from the movie Braveheart, is when William Walace is running through the mountains of Scotland.  I had always thought that if I ever get over to Scotland, I need to find those mountains and run on them.  Or at least hike on them!

When Brenda and I decided to skip across the pond and see Scotland, I did some research and found that those mountains are the Mamore range.  I did some more poking around and found an excellent site on hiking in Scotland called WalkHighlands.  This lead to discovering The Ring of Steall which I’m pretty sure is where those mountain running scenes in Braveheart are from.

The WalkHighlands is great in that they not only have great trip reports, they have maps, and even pronunciations.  This is not to say that you will actually be able to say the mountain names once you’ve heard them, but its fun to try.

We started out early in the morning from the MacDonald Hotel and drove along the winding B863 by shores of Loch Leven to A82. Then we headed North along A82 toward Fort William which runs into Glen Nevis road. Finally we arrived at the parking lot at the end of Glen Nevis road and it was time to hike. 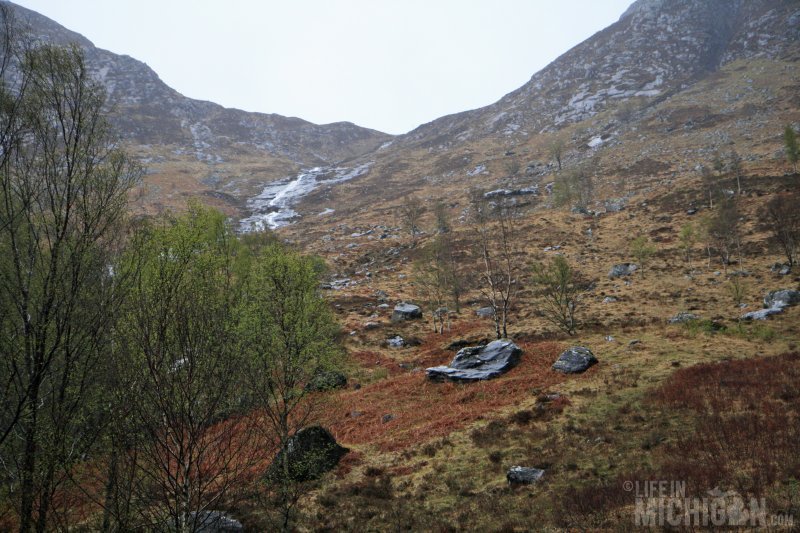 It was very damp with a light rain when we set out from the parking lot.  Just the sort of weather you would expect in the Highlands of Scotland.  The trail is easy to follow as you make your way toward the glen.  Brenda started practicing her water crossing skills over a little stream that cuts the trail. 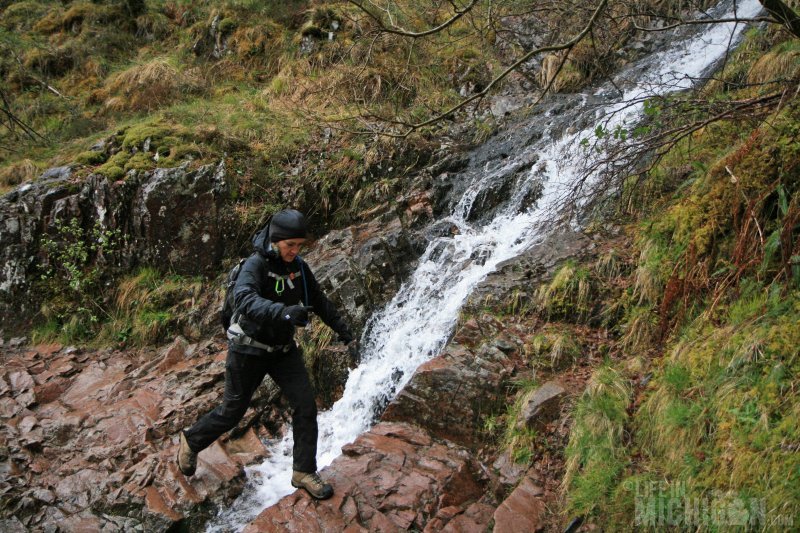 As you enter the glen, you see the Water of Nevis meandering along, with the Falls of Steall in the distance. 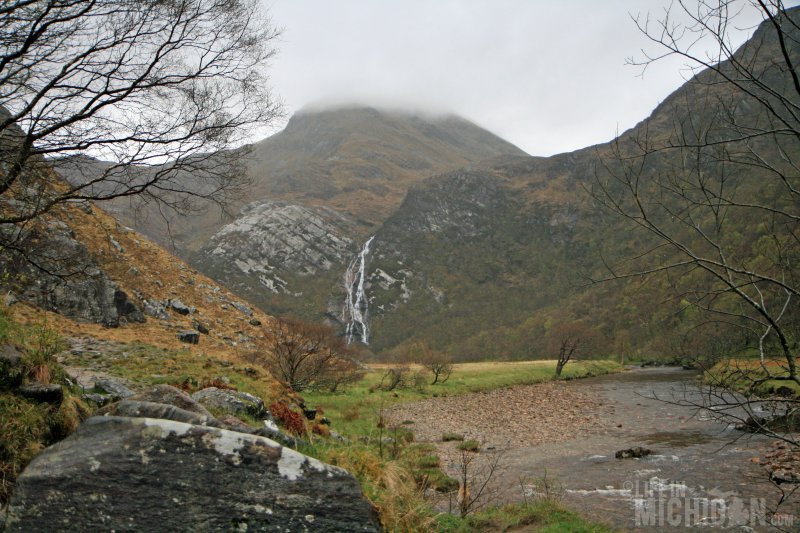 There aren’t a lot of signs, so the helpful notes from WalkHighlands can in handy.  Our first major landmark was to find the wire bridge that would get us across the Waters of Nevis.  It didn’t take us long to find it! 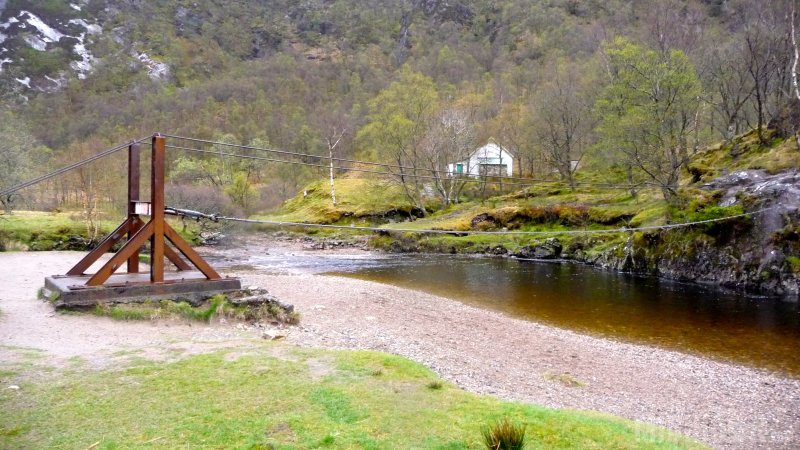 I’m not sure I can really describe how cross the bridge was.  I think a video may be in order!

Once you cross the bridge there is a hint of a trail and our notes said we had to skirt the base of the falls and then we should find the trail that starts up the side of An Gearanach which is the first Munro of the hike.   There is note that you do have to cross the water again at the Falls.  I really wish I had a picture of that adventure!  Lets just say that Brenda nearly went swimming and we ended up with wet boots. 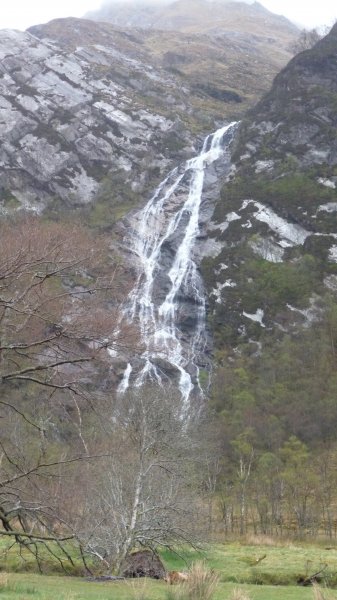 You’d think that dealing with the Falls crossing would be enough, but no!  Now I should say that all the hiking notes in WalkHighlands include a bog factor.  What they don’t tell you in the notes for this particular hike is that you have to find a way through 100 yards of it!  This one resulted in both of us going up over our knees, planting hands in the muck to keep from going face first, and generally getting soaked.  And we really hadn’t even gotten more than a mile into this thing! 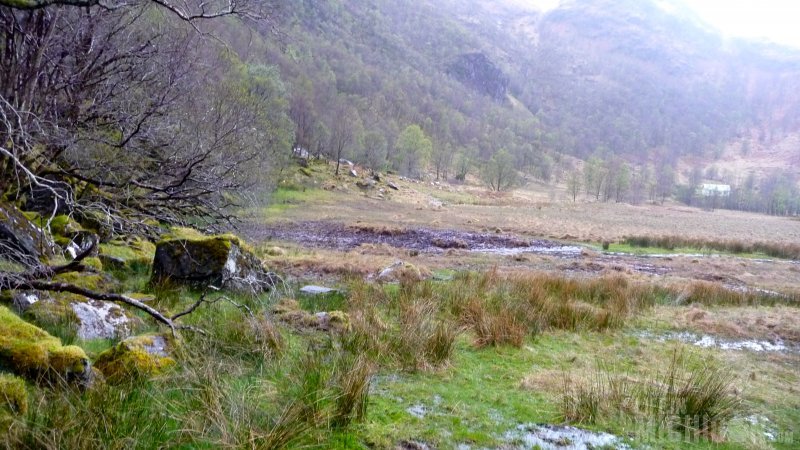 After a change of socks, we found the path that heads up to the top of An Gearanach and started our climb.  I’m pretty sure that the Scots said to hell with switchbacks as this climb was pretty much straight up and steep!  However, even though it was raining and very overcast, it was still incredibly beautiful. 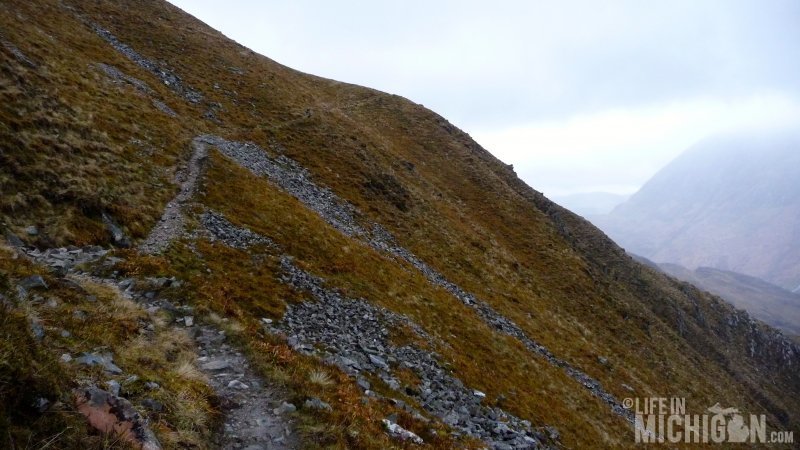 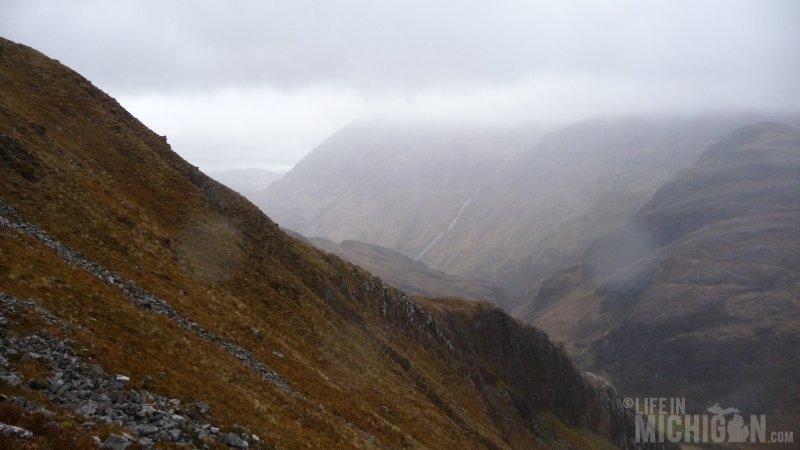 The higher we climbed, the more cloudy it became.  We had hoped it would clear off, but no such luck.  We could see the snow caps of the mountains to come which looked beautiful and menacing all at once. 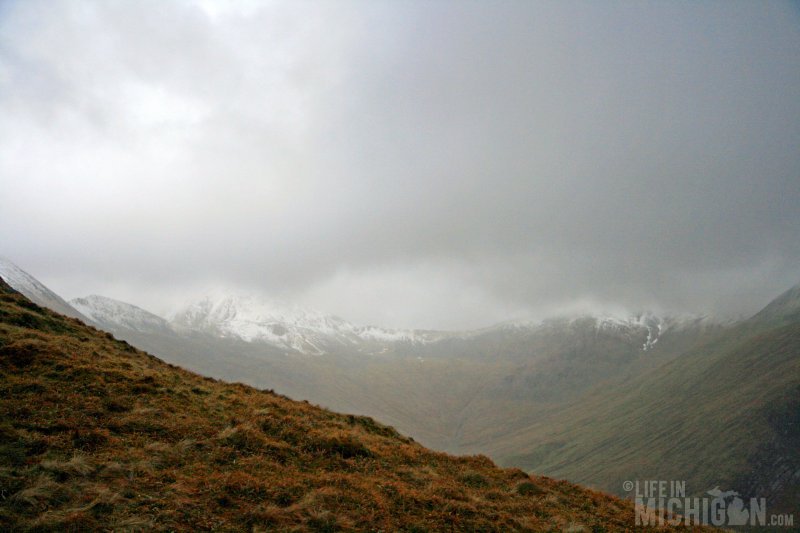 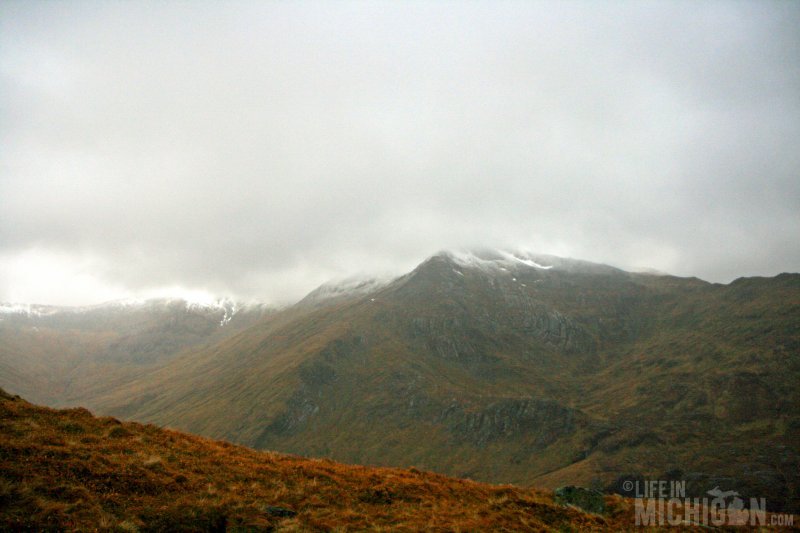 Flirting with Disaster! Or How to have a grand time in Scotland

We climbed higher and higher as the wind started to escalate to a gale.  Frances (our host at the MacDonald Hotel) would later describe the snow that started to fall as spindrift.  All I know is that it was like being sandblasted as the wind reach even great velocity.  As we crested Cnoc Reamhar, the wind literally threatened to throw us off.  It was at this point, that we became seriously concerned that we would die!  In the whipping wind, we decided that the Ring would elude us and headed back down the the way we’d come

The way down was hard and tiring, but the view from above lets us see a path around the bog and a better place to cross the water at the base of the falls 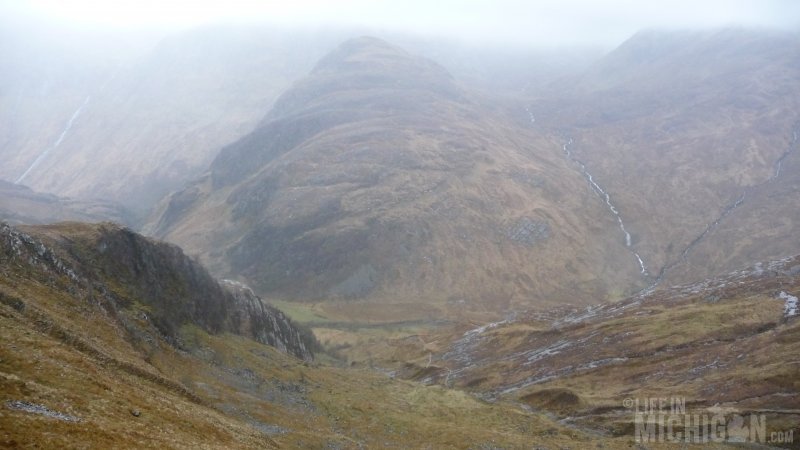 Exhausted, we drive back to MacDonald house, strip off our wet gear, and head down to the Bothy Bar for food and drink while the locals enjoy some football (soccer to us) on the tely! 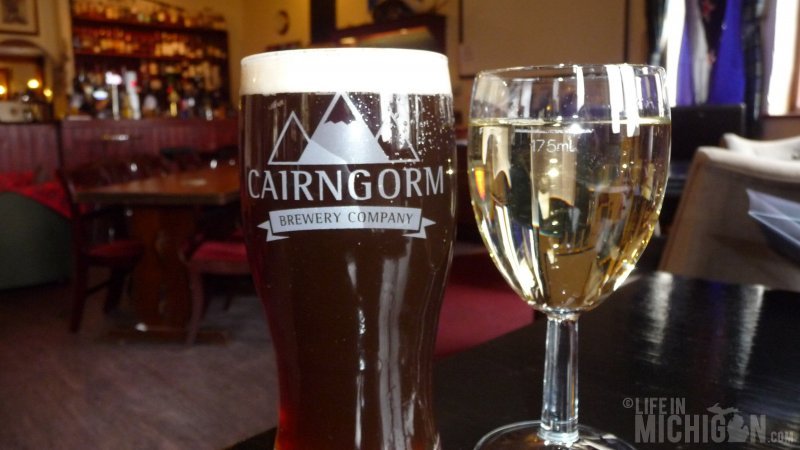 While we didn’t make it around the Ring of Steall, we did have one fantastic (and scary) adventure!

To see the full line of photos, check out the gallery.  Cheers!