Beer, its whats for dinner (and lunch, and well just about any time!)

While up in Traverse City for the Bayshore half and full marathon over Memorial day weekend, we couldn’t miss an opportunity to check out some great Michigan beer.  The Traverse City area has become a bit of a beer mecca in the upper lower of Michigan.  We made return trips out to Short’s, The Filling Station, 7 Monks, and Right Brain (you can check out our previous adventures at these fine establishments).  However, the highlight of this trip was Brewery Ferment and Jolly Pumpkin. 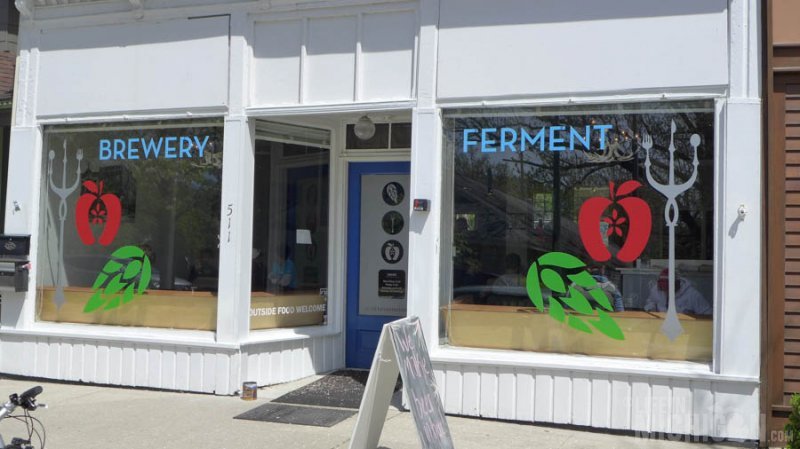 When you walk in to Brewery Ferment, you are greeted with a bright and inviting space.  A great place to kick back and drink a beer! 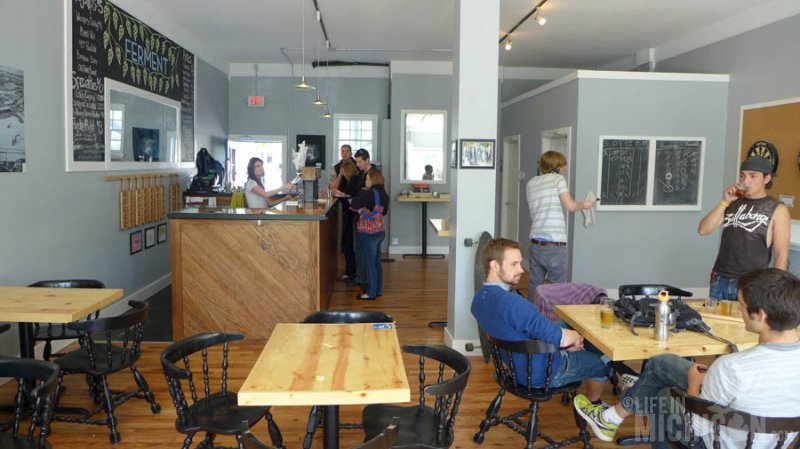 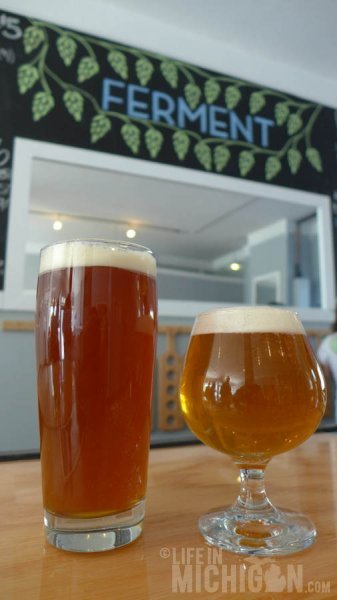 Sitting in the booth by the front windows was relaxing.  I think we would have stayed there all day. 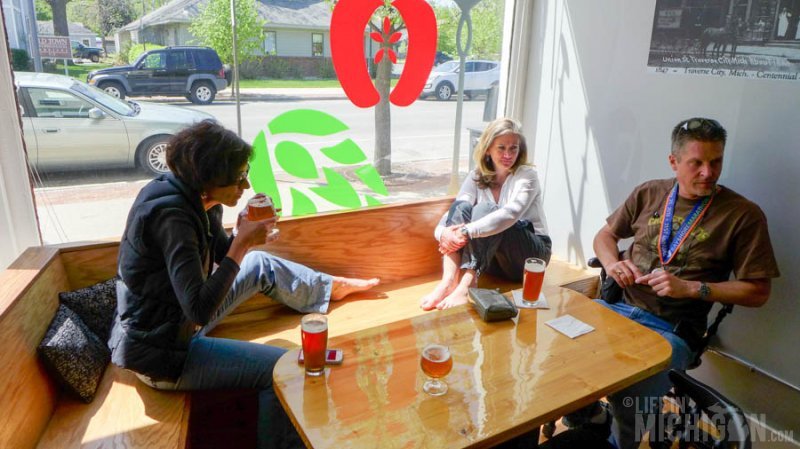 The interior of the pub at Brewery Ferment has a lot of character.  The hops inlay on the bar rocked! 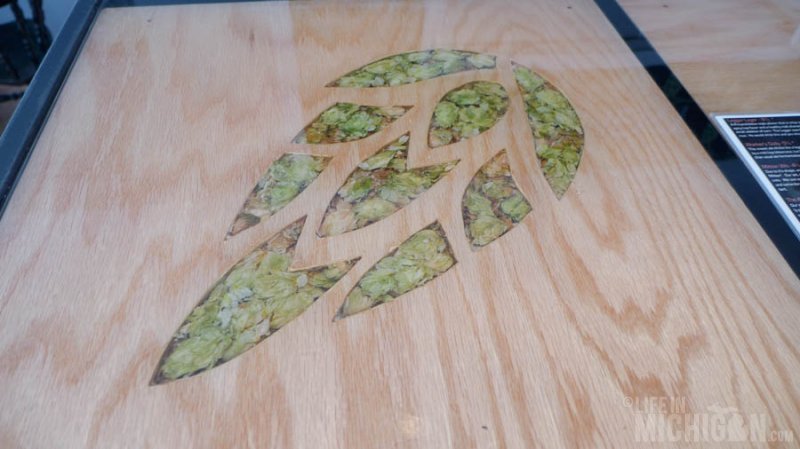 As did the crazy antler chandelier that hung over Jeff’s head. 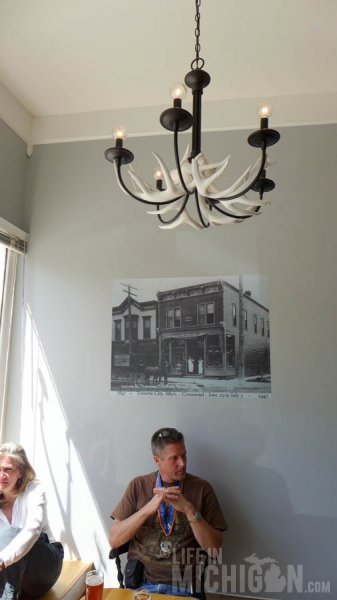 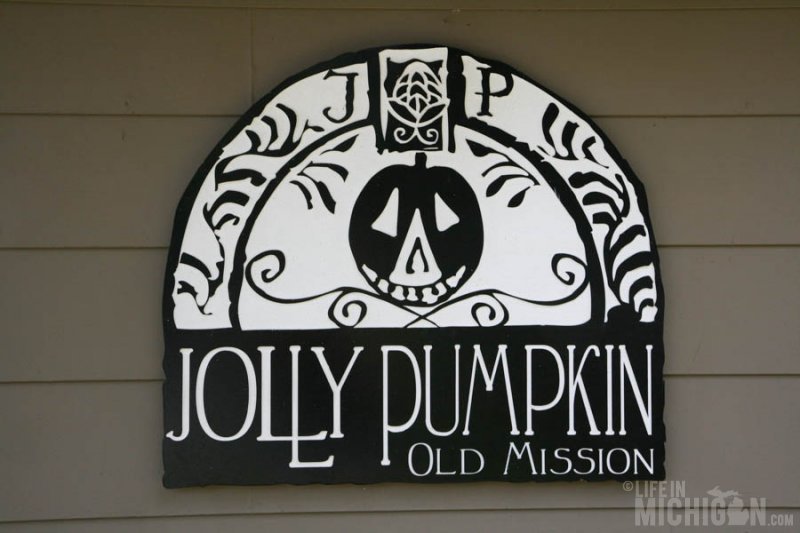 We have actually been to Jolly Pumpkin in Traverse City on our last Bayshore journey.  The setting for the pub and restaurant can’t get any better than just off the coast of Bower Harbor in West arm of Grand Traverse Bay. 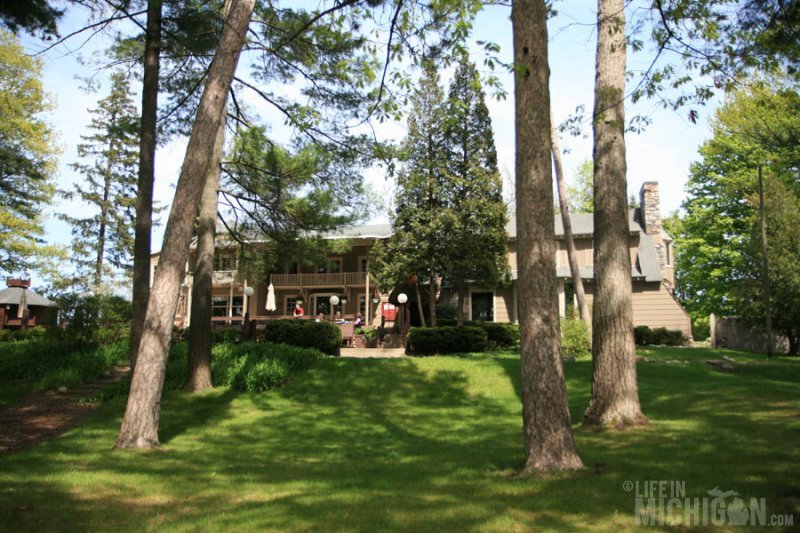 Jolly Pumpkin actually lives in the Bower Harbor Inn which is HAUNTED!  Yep, a ghost roams the house!  The Bower Harbor Inn was built in1885 by J.W. Stickney, a lumber and steel baron.  Apparently, he left all his money to his nurse, which prompted his wife to jump off the rafters above the elevator (which was installed apparently because she had some issues getting up the stairs).  Wild aye?!?!   Ghosts or no, the outside of the building is very nice!

The interior is something to see as well.  While not original inside, it is quite impressive with all the massive timber beams. 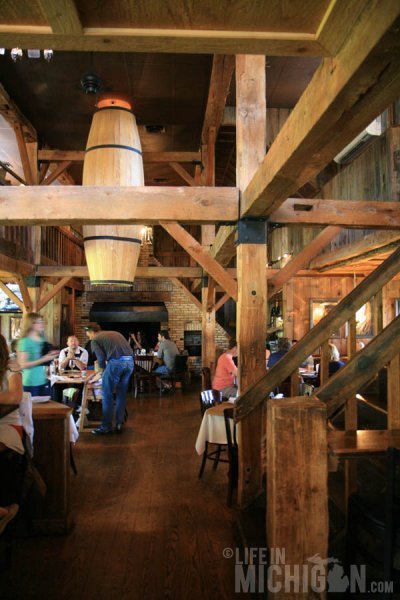 Enough about the building, how is the beer you may ask?   I went with  the Cross Czech pilsner which is actually a North Peak Brewing offering.  Turns out that North Peak and Jolly Pumpkin are part of Northern United Brewing Company.   This was a great beer with a great character and a crisp taste.   And it photographs well! 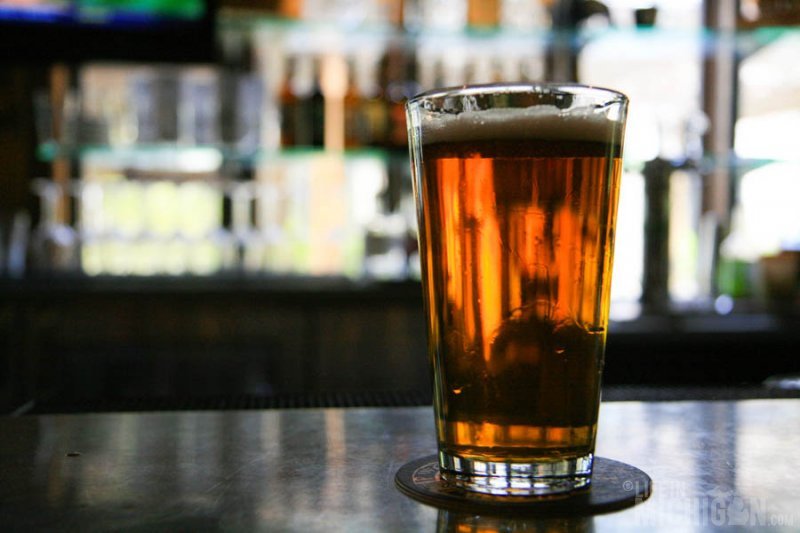 Brenda tried their Civilized Sakura, which is a cherry flavored vodka.   This was damn delicious!  We kinda screwed up in that we meant to buy a bottle and forgot when we hit the road 🙂 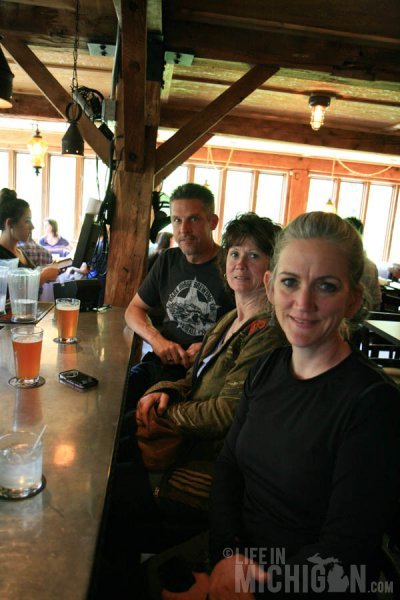 By the way, the food at Jolly Pumpkin is great with something for the everyone (meat-eater or vegetarian).  The trip up to Traverse City was great and made better by sharing some great Michigan beer with friends!

If you are interested, there are a few more pictures from this adventure in the gallery.