My Grandmother, Ruth Cornelia Lewick Sodt (1893 – 1979), was a scrapbooker. I recently retrieved one of her scrapbooks from the “cedar chest” that was buried in my sister Martha’s basement. When I dusted it off  I was immediately in love. I so wish I could spend the afternoon with Ruth. I’m lucky to have many cousins and siblings that remember her stories and life.

This post is a snapshot of her life from 1913-1914 and is based upon the postcards in her scrapbook collection.

Originally I wrote this post with the assumption that Ruth left on a train in 1913 for Ypsilanti, Michigan to attend Michigan State Normal College. This was foiled after I spent the afternoon in EMU’s archives looking for evidence of her life at EMU from 1913-1916.  I could find nothing. A call to EMU’s alumni’s office revealed,  “Yes Emma and Blanch Lewick graduated from Michigan Normal College but Ruth Lewick did not.” “What” I say! “Please check again under Ruth Sodt.” Hours later the phone rings, “Yes Ruth Sodt attended but she never received a degree. She took classes between 1940 and 1950. It also looks it looks like she attended MSU as well.”  I called MSU and they confirmed that yes she attended but no degree.

So the post has been rewritten. I am still not certain what Ruth was doing in Ypsilanti in 1913. I assumed she was in school but she may have been teaching school.  My cousin Brian thinks she was was taking the necessary orientation and tests to get the State certificate that would allow her to teach. She began teaching, grades 1 through 8 all at once in a one room school house, (Lima Twp) in the fall of 1914.  This would explain why her second post card was postmarked from Ann Arbor. 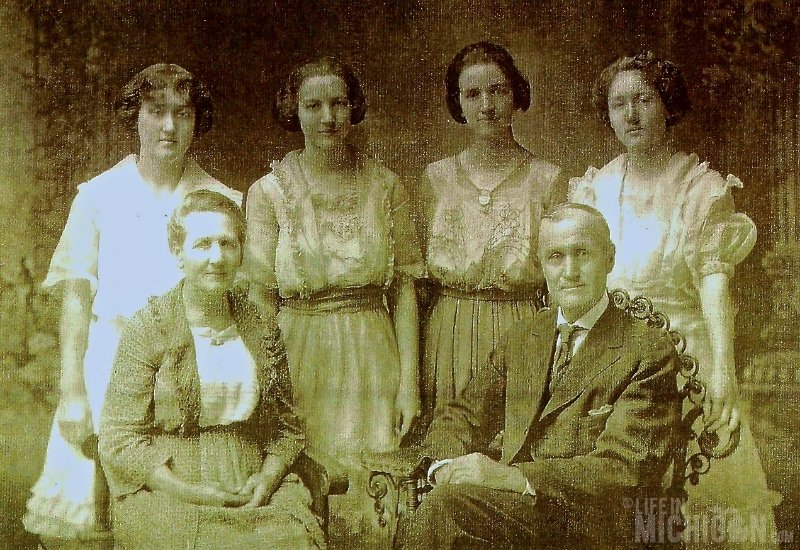 1913 was the same year Woodrow Wilson was elected and the Woman Suffrage Parade marched. I wonder if Grandma Ruth followed the suffrage movement or participated in an organized event to help give women the right to vote?  I know she was a staunch Democrat and dearly loved John F. Kennedy. She shook his hand once and this apparently upset my father who was not a Democrat.

The year 1913 was sandwiched between 1912, when the RMS Titanic sank,  and 1914, when World War I began.  I can’t believe there isn’t an entry on Wikipedia for Ruth’s Life as she was an amazing woman…

Was it possible that Ruth’s parents, Mary Elizabeth Stevenson Lewick and William Gottlieb Lewick, were Progressives? Don’t fall off your chair laughing, I bet they were!  Just look at them. 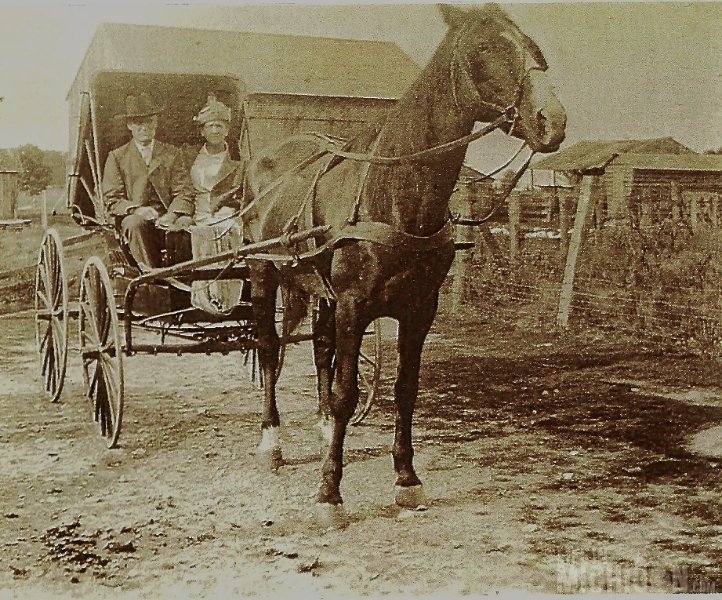 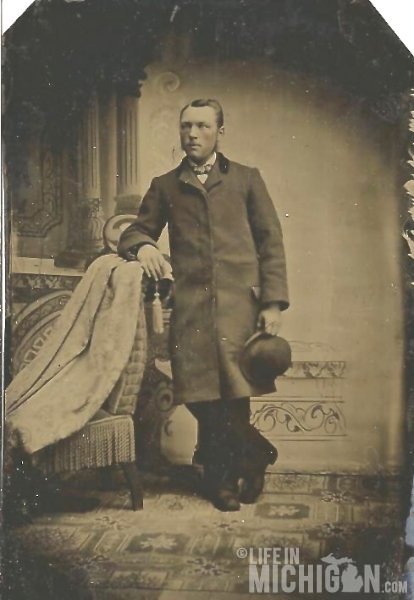 He is the scoundrel that married Corneila Emerick (my great-grand mother) in 1852.  Andrew and Cornelia had two kids before Andrew left by boat for the gold mines in California. I recently learned that he paid someone to enlist for him in the Civil War. Yet another reason why he needed to leave town. Cornelia and Andrew’s son, William Lewick, was Ruth’s father (guy in the buggy above). Ruth’s maternal grandparents were John Stephenson and Emily Doubledee and were Mary Elizabeth Stephenson’s parents. (Mary is also seated in buggy above).  You may want to file this piece of information away, Emily Doubledee is also known as Grandma Witty and is Mary’s mother.  Her husband, John Stephenson died in 1867 when Mary was 5 years old.  Emily remarried John Witty. (I know who can remember all these details!)

Ruth’s friend Mildred wrote to her in 1907 from the Michigan State Normal College. Ruth was just 15 years old. Students entered Normal School at much earlier ages than today. Some as young as 13.  I suspect that a few of Ruth’s friends were in Ypsilanti, Michigan at school and were hoping she’d join them.

Dear Ruth, here’s where we spend our hours althou not in these buildings but in a larger one near. The one marked X is where they hold young peoples meetings Sun. after noons, prayer meeting, Thurs. nights. If only you could come down. Lovingly Mildred D. 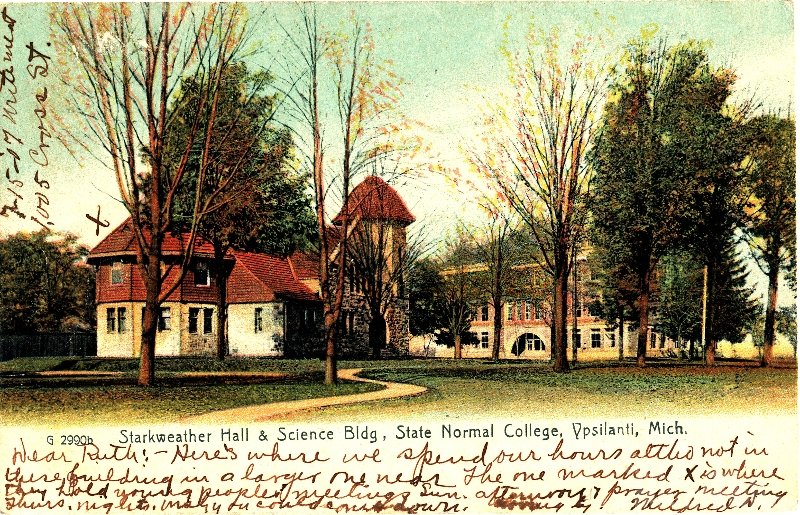 Train from Chelsea to Ypsilanti

In 1913 Ruth took  the train from Chelsea to Ypsilanti, Michigan.  She was twenty years old.

“I think I shall like it here very much.” she wrote to her mother on a postcard in 1913.  “Mr. Gilbert was on the car. He came and sat with me. We had a long visit. Had been to Cavanaugh. Mrs. Whalian is better.” 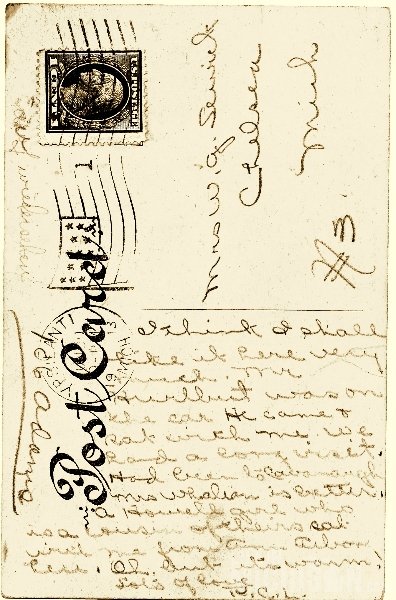 Mr. Gilbert probably got on in the train in  Chelsea with Ruth. They were joined by a third person in Ann Arbor. Ruth wrote,  “A Howell girl who is a cousin of theirs sat with me from Ann Arbor here. Oh but it’s warm.”

Noted on the card is the address “106 Adams.” I suspect this was her address. (Now you can see why I thought she was headed to Ypsilanti to attend school.) 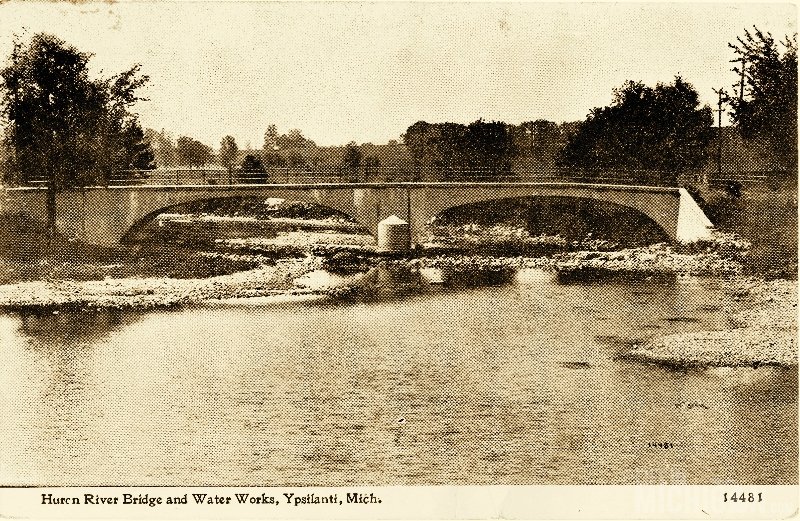 In 1914 Ruth was corresponding with a“Reuben Sodt” in Manchester, Michigan. She would eventually marry Reuben Sodt on, June 24, 1916.  These were my grandparents. Reuben and Ruth had 5 children:  Marjorie, Carole, Louis , William and Willard Sodt.  The middle child (Louis) was my father.

How Ruth met Reuben remains a mystery.  I’d love for it to be solved. But for now we have to settle for the postcards.

Ruth addressed this to Mr. Reuben Sodt in Manchester Mich

Hello – How’s the world using you? spent Sat and Sun. in Detroit, and am now back at the old grind. We girls intend to take an auto ride to night. Will perhaps see you Hope so at the least. Well it is 6:45 so I’ll have to “beat it” for school. Am coming home Fri so I hope to see you in the near future. As ever R.C.L. 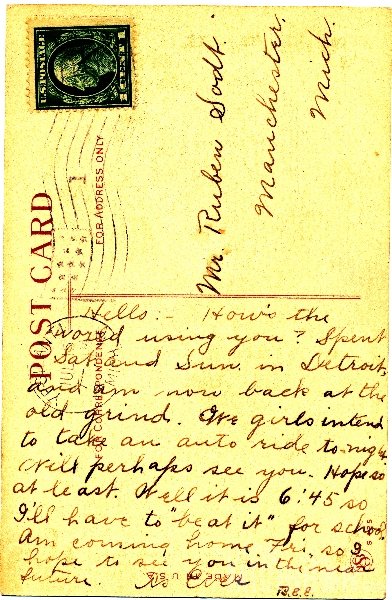 “I am having a fine time but the exams are hard.  Received my Specs. Thank you.  Went to the circus Thurs in the rain. It was fine. Part of the work is tomorrow. Go home tomorrow noon. (I hope.) Isn’t this weather lovely? there are a lot here taking exams. R.L. 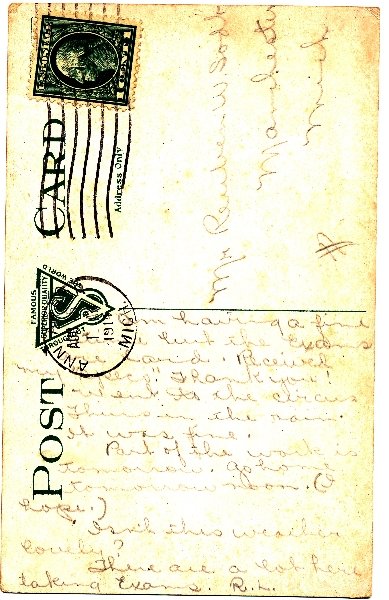 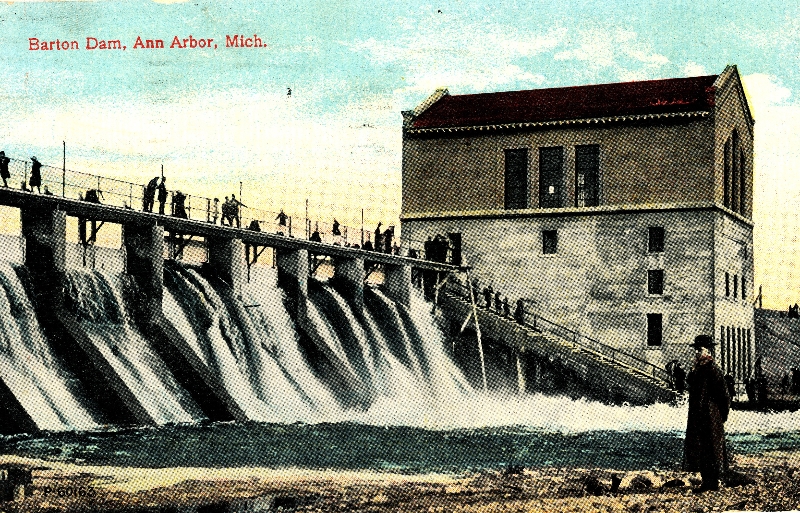 Thanks for Your Help

This post would not have been possible without the help of many individuals. Thank you friends, family, librarians and school administrators who helped locate content for this post.

Special thanks to Brian, Mary and Martha for dusting off pictures and sharing stores. Carol and Isaac you are fantastic proof readers! I couldn’t write without you. Lastly, thank you Chuck for being patient with me when my computer wasn’t working.