It was a beautiful day in the neighborhood (as Mr. Rogers would say :). Brenda had just purchased a new pair of hiking boots and we decided to break them in with an urban hike through a bit of the beautiful city of Ann Arbor, Michigan.

Urban Hike: More than just a walk in the neighborhood.

An urban hike is a great way to connect with a new environment or take a brand new look at the familiar. You may drive or walk a certain street a hundred times without noticing little details that you may see on an urban hike, such as these beautiful flowers at the corner of 5th and Kingsley. 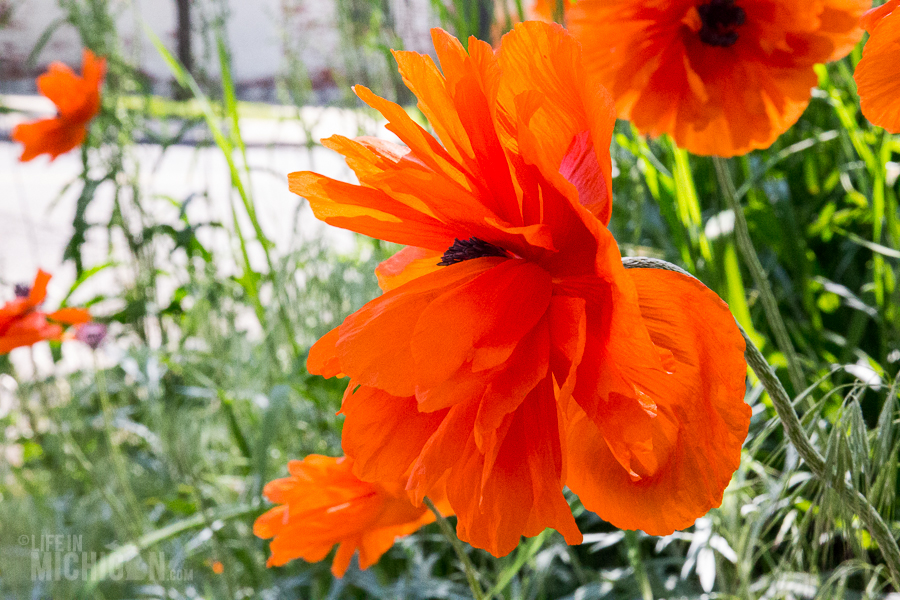 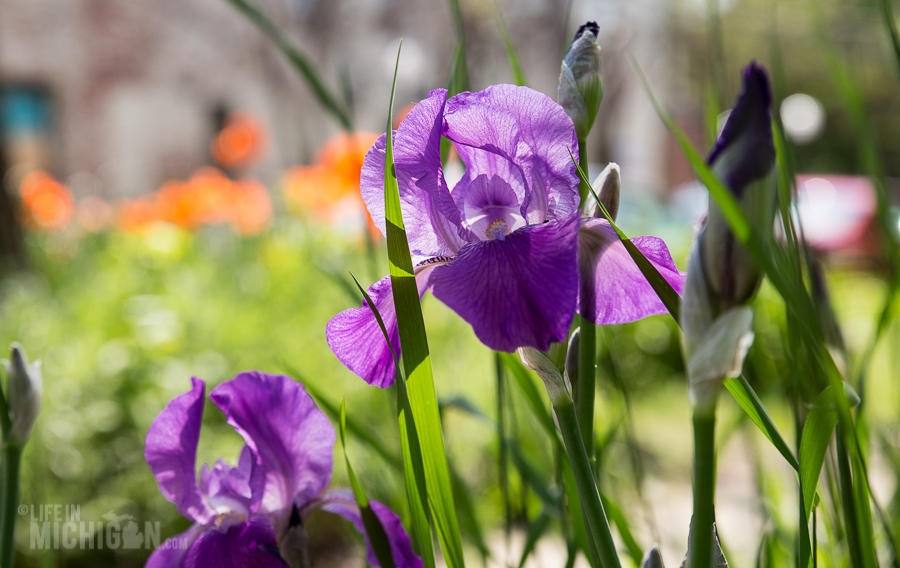 On an urban hike, you can take in quite a bit of history and take in some of the great architecture.  Ann Arbor does a great job of marking historical buildings and landmarks. We ran across this monument to the traditional cross point of the Huron river that was first forged by the Potawatomi tribe and later became the stage coach run between Detroit and Chicago. 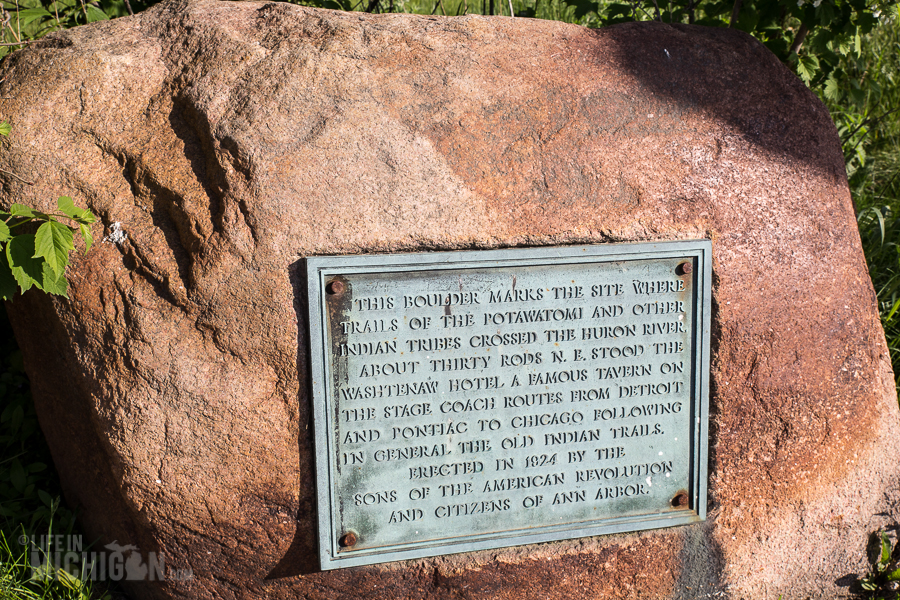 As we wandered down Fourth Avenue we noticed an unusually tall and skinny door on the Heinrich Building (111 South Fourth Avenue). We wondered if folks living in Ann Arbor back in 1870 had been super tall and very skinny J 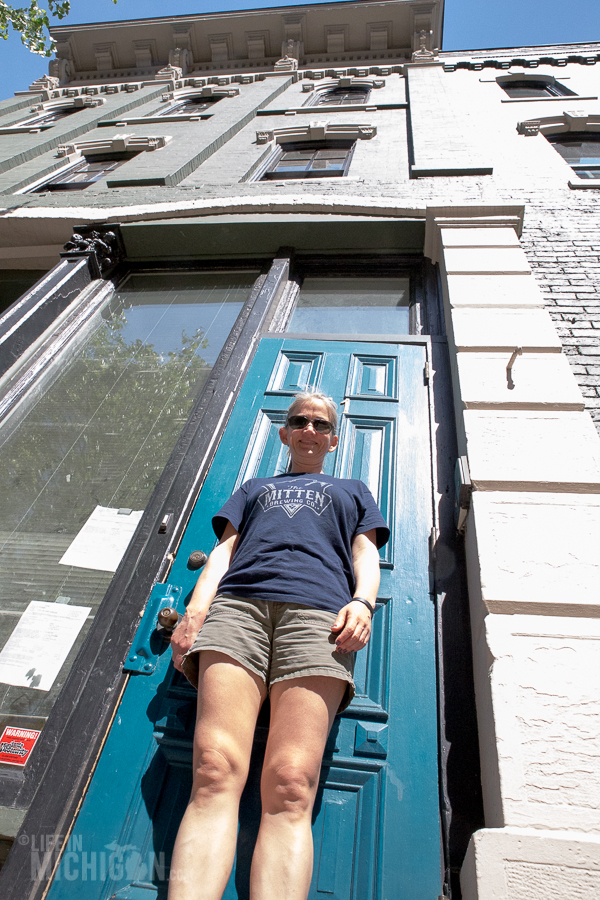 Then you have 611 ½ William Street with its Harry Potereque address and gothic looks. Evidently this building is known as “The Shant” and is the meeting place for the Delta Kappa Epsilon fraternity. For some reason I think of the movies “Animal House” and “Revenge of the Nerds” when I see this building. 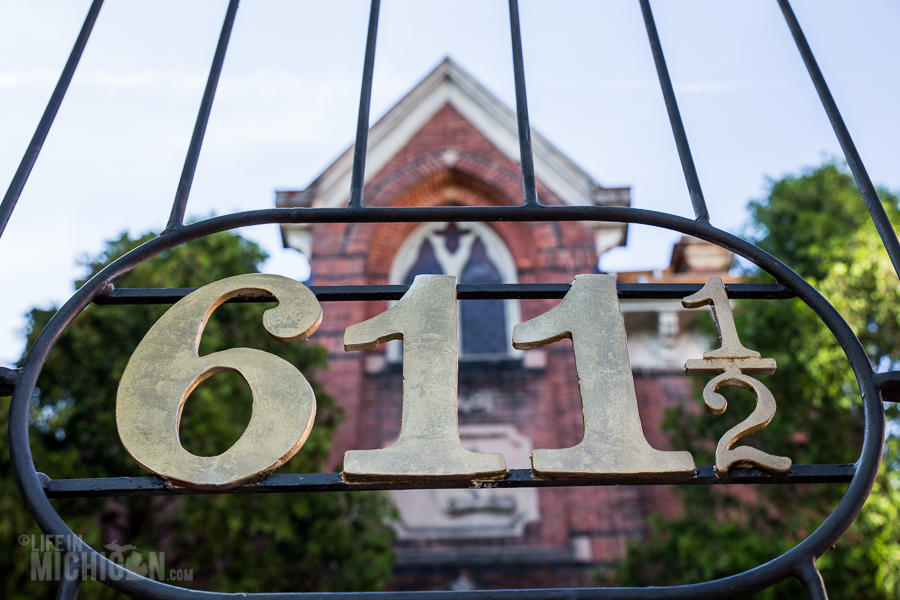 There is some very nice wall art that we found during our urban hike of Ann Arbor. The alleyway that runs between Washington and Liberty streets right across from The Blue Tractor brewery is a nice example. 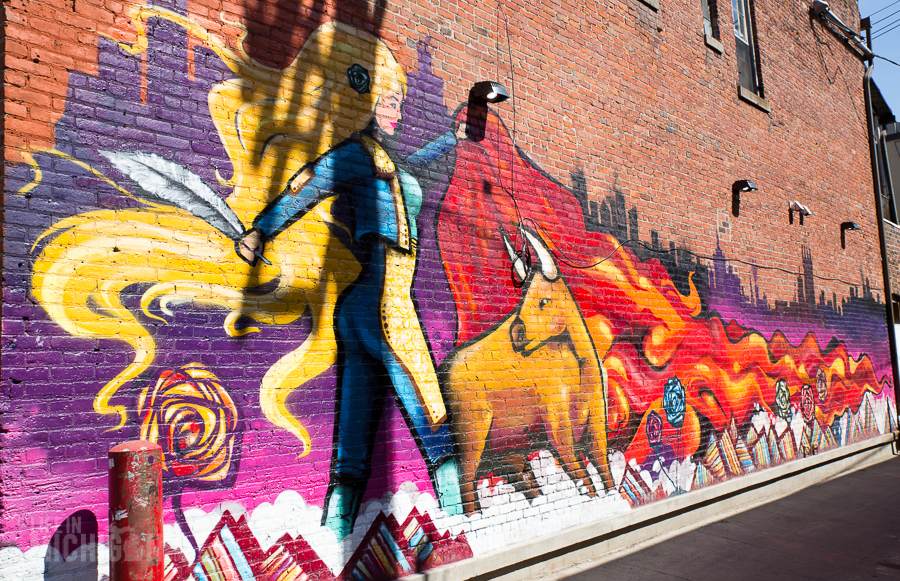 There is also the somewhat famous Graffiti Alley located off Liberty near the intersection with Maynard. There is a lot to view here and the area can draw a crowd. 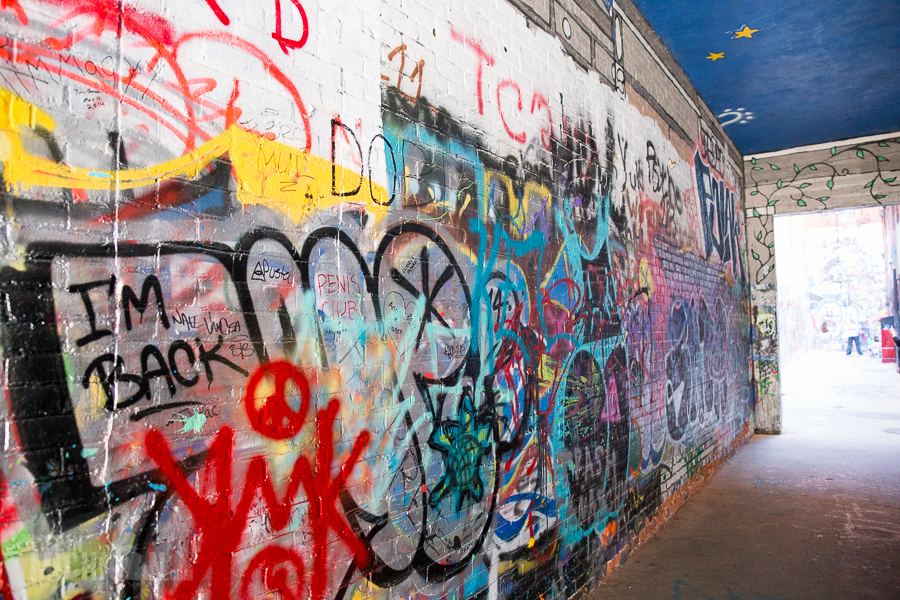 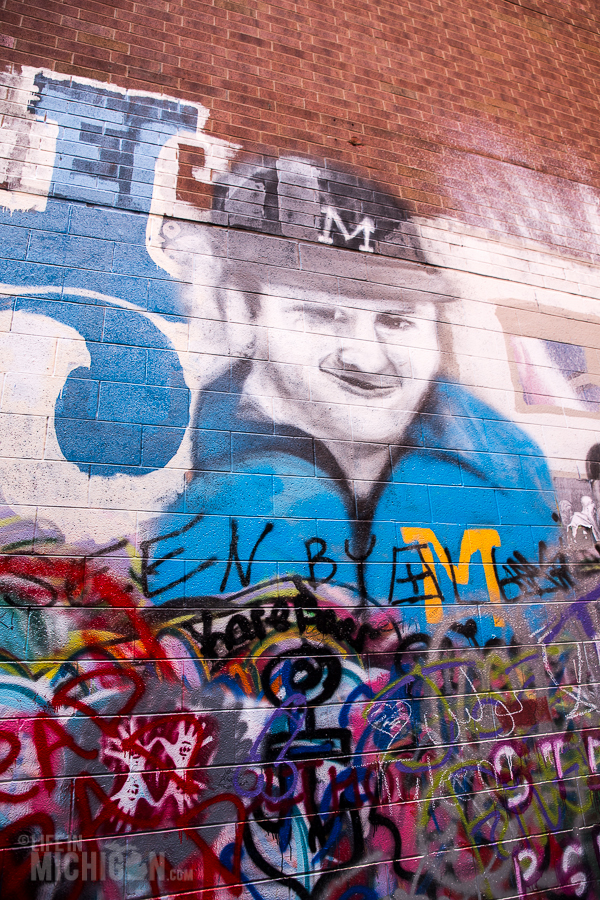 It’s important to stay hydrated during your urban hike. We decided to stop into the famous Ashley’s pub for a beverage pit stop. There are plenty of options with over 60 beers on tap and a fantastic selection of Scotch! 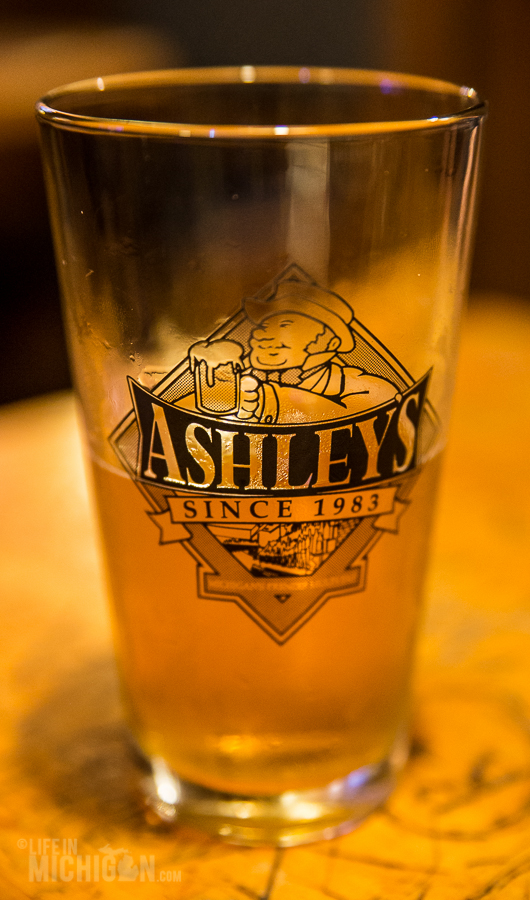 With the sun waning, we decided to make our way home. We barely scratched the surface of all the wonderful things to see in Ann Arbor. Check out the gallery for more pictures and let us know if you make plans to stop by for your own urban hike.  We’d love it if you’d subscribe to our newsletter, or follow us on Facebook, Twitter, Pinterest, Tumblr.  Cheers!