As Brenda, Stephanie, and I crept down the aisle, a cool breeze tussled my beard and the hairs on my neck started to rise. We’d been told to beware of entering this place. It was said a black terror lurked within. Yet it was the sound of a violin that coyly called us. We rounded a corner and screamed! A vicious werewolf bearing a mouthful of daggers and claws like razors stood before us with a violin in hand. We stood in horror, sure that our end was near. The wolf man howled and we nearly lost our senses. He then walked toward us and said…”Hey, you guys want a beer?” 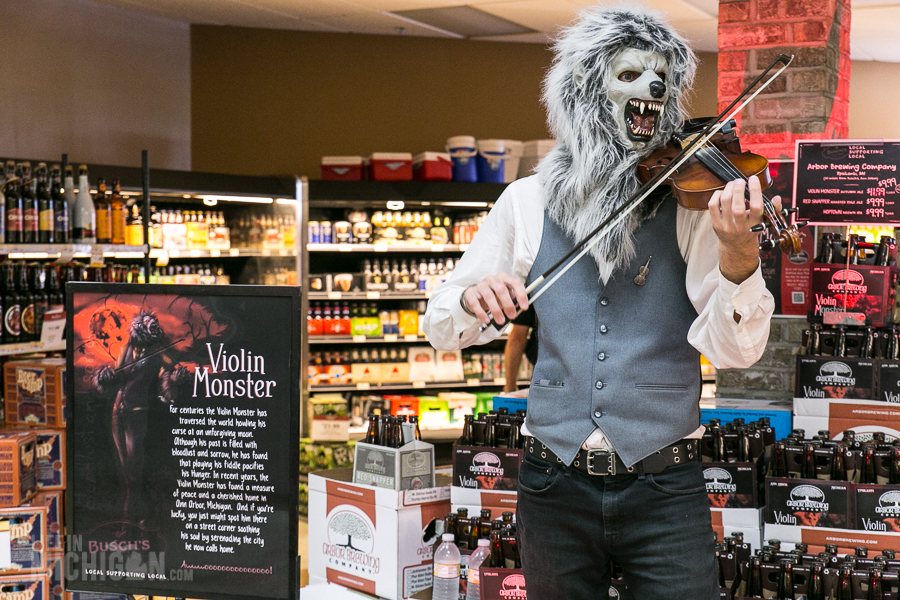 All right, so we were didn’t nearly crap our pants at the sight of the Violin Monster. However, he was entertaining people and samples of Arbor Brewing Company’s Violin Monster beer were served up at Busch’s Fresh Food Market when we checked out the festivities last Friday (22-Aug-2014). 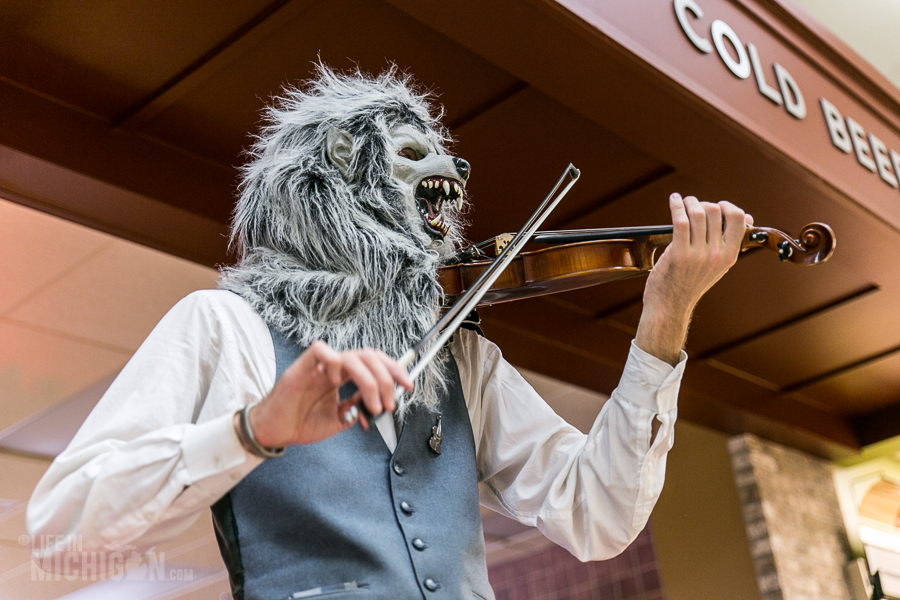 If you aren’t in the know, the Violin Monster is a much beloved street performer in Ann Arbor. He wears a werewolf mask and sometimes goes the whole gamut with hairy claw gloves and boots. He then entertains folks with his violin. If you pay him a tribute for his work, he howls in delight. He is a very fun and unique performer and probably the only street performer that I know of with a beer named after them. 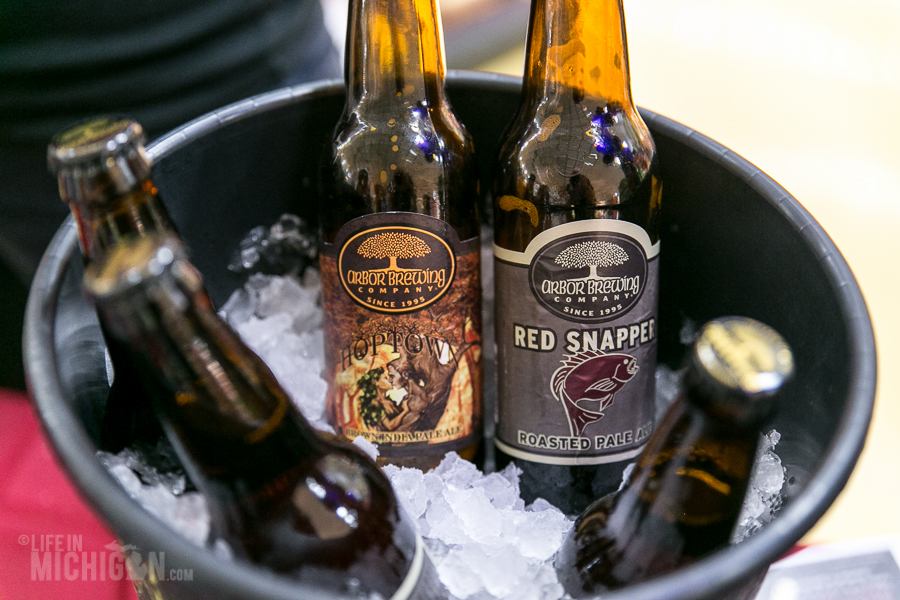 Arbor Brewing Company is a pioneer of the craft brewing industry in Michigan and has been brewing fantastic beers for 19 years in Ann Arbor. Matt and Rene Greff who started Arbor Brewing, are really nice people and great supporters of the Ann Arbor and Ypsilanti communities. If you’ve not visited the Ann Arbor or Ypsilanti brewpubs, you need to make that your next destination. They have great beers on tap with seasonal beers in rotation and really good food (which is VERY vegan friendly). 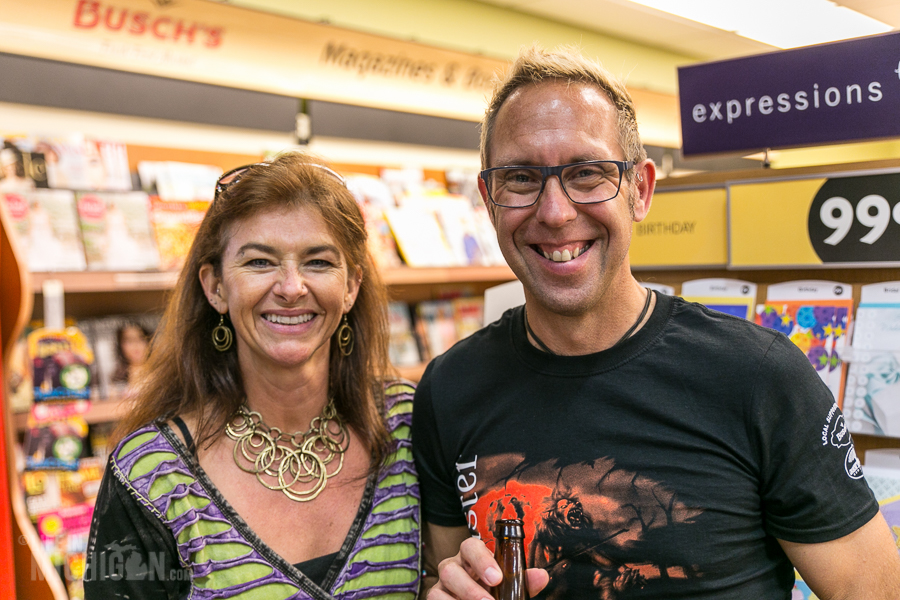 You have to be wondering how the Violin Monster and Arbor Brewing Company ended up at Busch’s, well Busch’s makes a point to sell local products through their Local Supporting Local program. They put together a fun event where you made your way through stations in the store to sample Violin Monster as well as some other tasty Arbor beers (such as Hoptown Brown) and collect punches on a card. If you got all the punches, you could get a Violin Monster tee-shirt for half price and entry to the Violin Monster release party at Arbor Brewing’s pub in downtown Ann Arbor on Sept, 2nd. 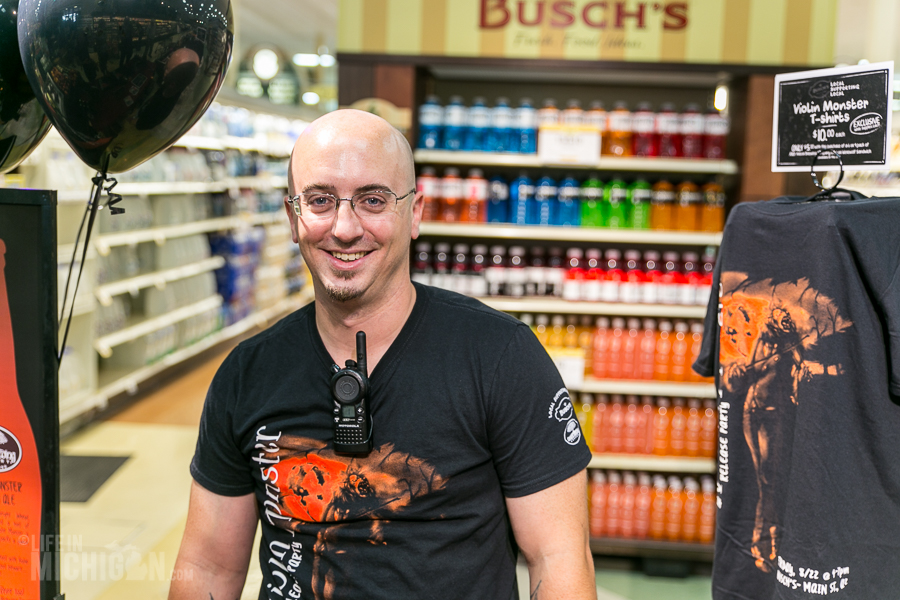 We toured the store and checked out the beer samples at each station. The Violin Monster beer was great in all its dark and rich goodness that hints at the coming Fall. I could imagine this would be damn fine with a piece of pumpkin pie. At the final station, Matt and Rene greeted us with beer samples. The Violin Monster was busy playing tunes and creating quite a sight for the kids in the store. 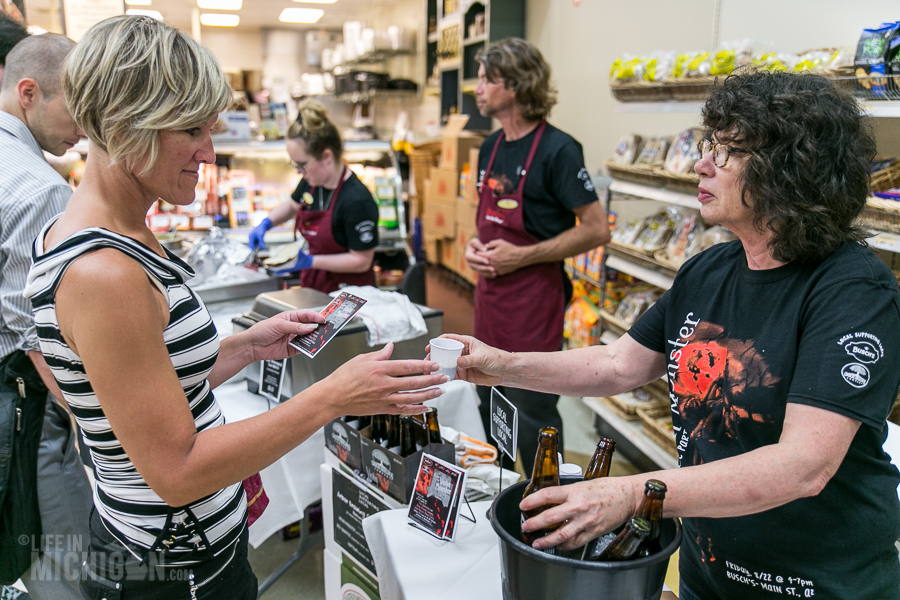 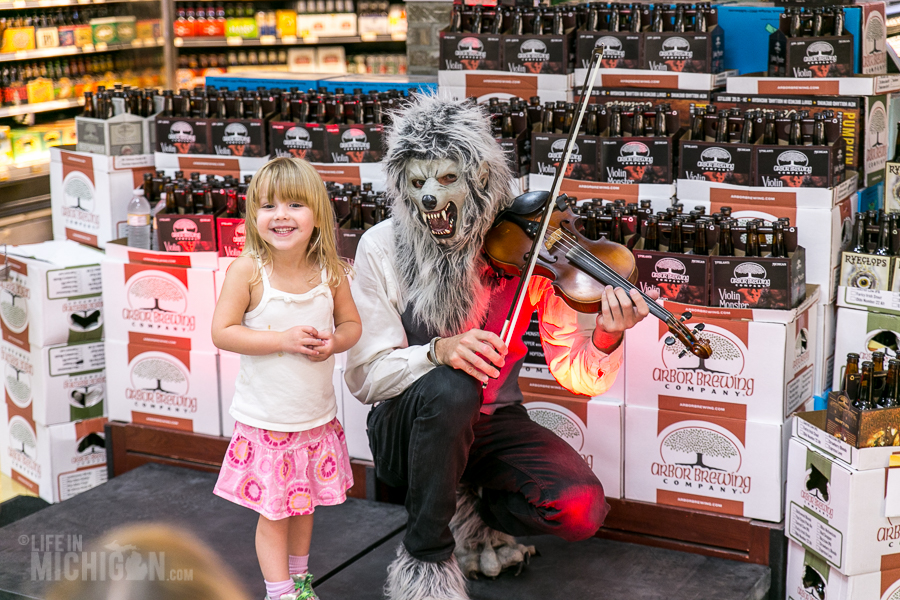 It’s not every day that you get to wonder around a grocery store and drink beer. I think its one hell of a great idea! We enjoyed the tour of Busch’s and really loved the Violin Monster beer. If you made it to the event or have just had the beer, let us know what you thought. We’d love it if you’d subscribe to our newsletter or follow us on Facebook, Twitter, Pinterest, Tumblr.  Cheers!