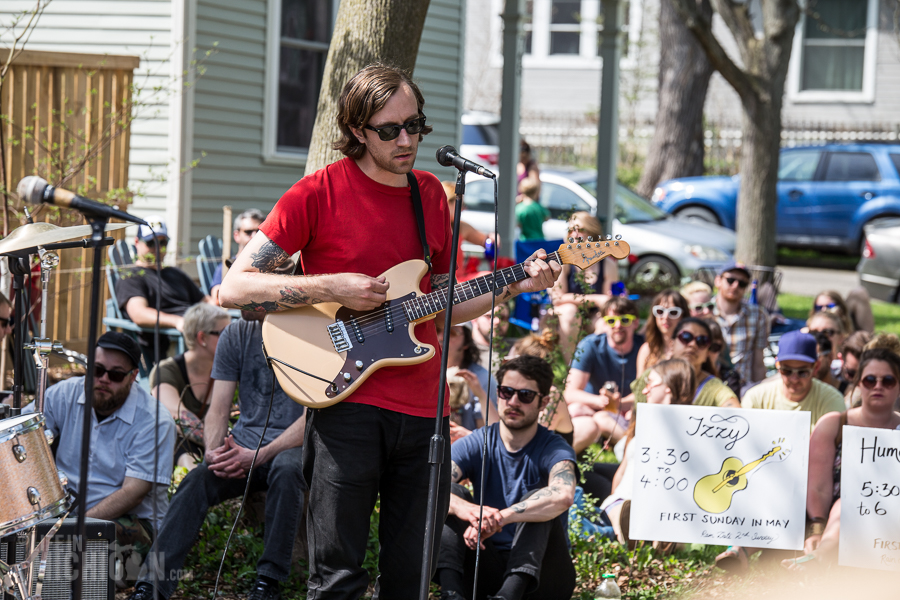 This was the fifth year that Claire and Paul Tinkerhess along with a host of volunteers have organized the Water Hill Music Fest 2015 which takes place in the Water Hill neighborhood in Ann Arbor. This labor of love bears some excellent musical fruit and brought in droves of music lovers. Big City Small World Bakery was once again the place to pick up your map and music schedule. The program was also online at the Water Hill Music Fest site. A great new addition was a Google maps driven schedule that was handy for use with a phone.

We tried again this year to plan ahead, but in the end we followed our ears. There is just so much to choose from and we barely scratched the surface.

Our first stop was to check out a bit of Paul’s Big Radio. They set up on the front porch of a house on Hiscock St and jammed tunes that had me thinking of the Grateful Dead. Nice vocals and harmonies with a smooth, mellow vibe. Good tunes to sit in the sunshine and relax. 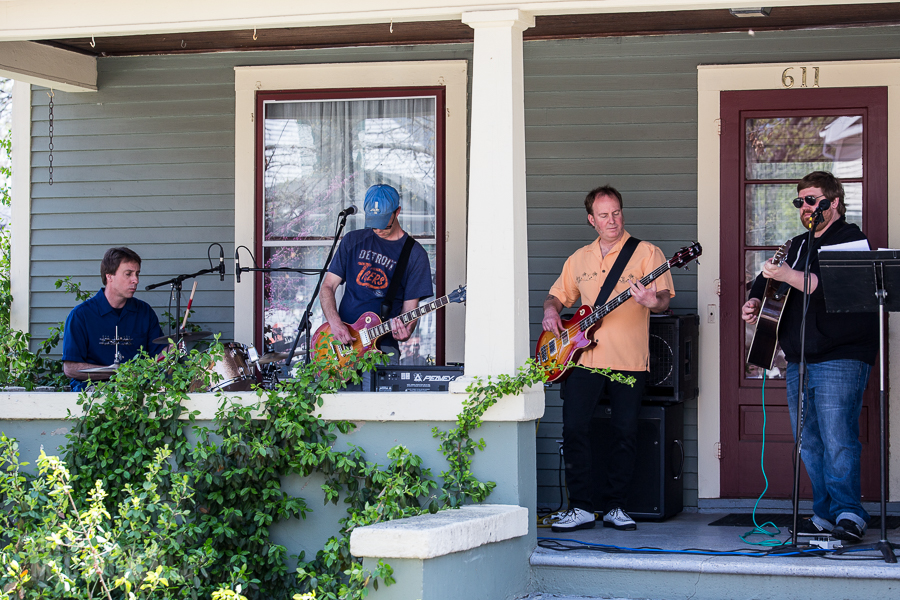 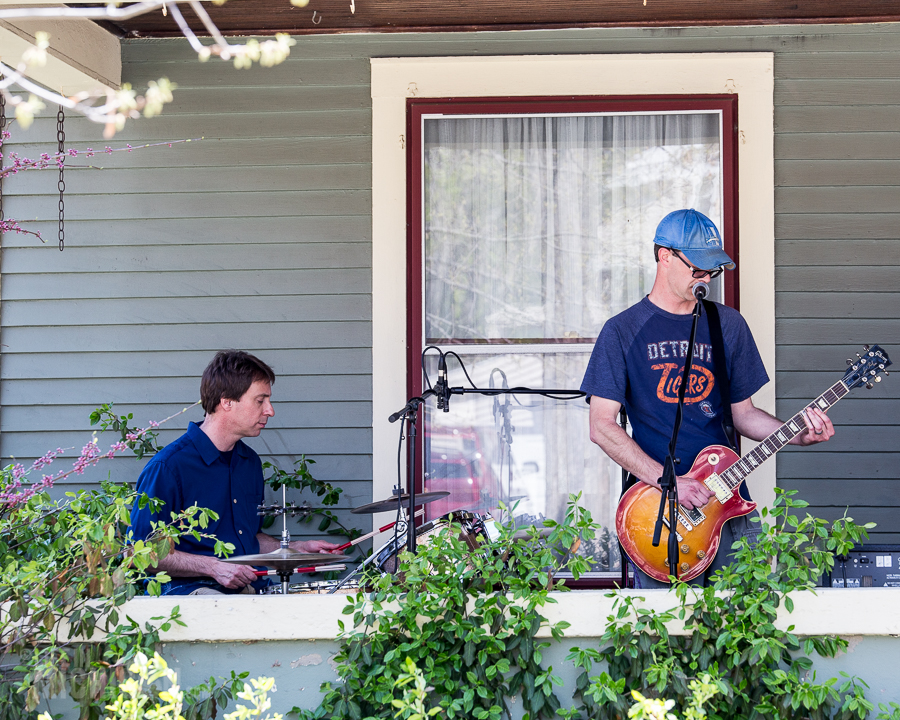 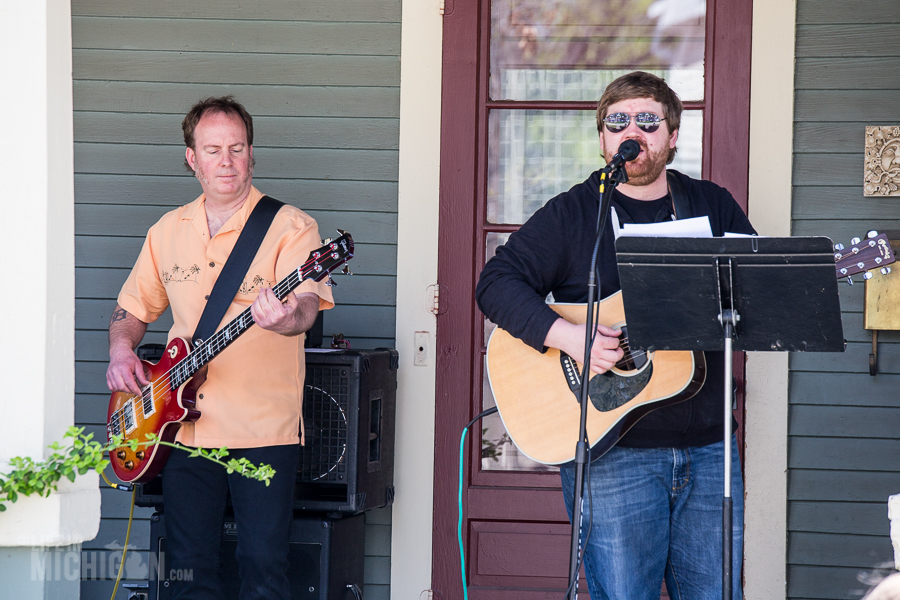 Starting out with a song about inviting someone over for lasagna, you couldn’t help but smile and have fun with Rabbit Wizard. They also did a nice cover of “Punk Rock Girl” by The Dead Milkmen as well as the crowd favorite “It’s The End Of The World” by R.E.M. Duncan Riley provided vocals and played the guitar and ukulele. Josh Cohen added some drums on the last couple of tunes. It was a short, but very enjoyable set. Oh, and the popsicle sales were brisk! 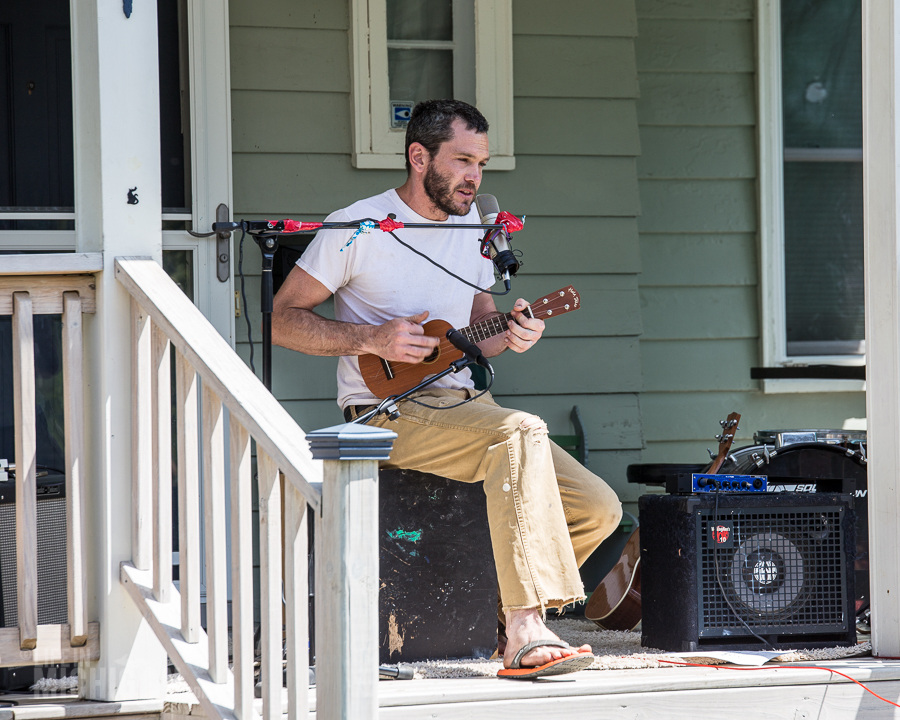 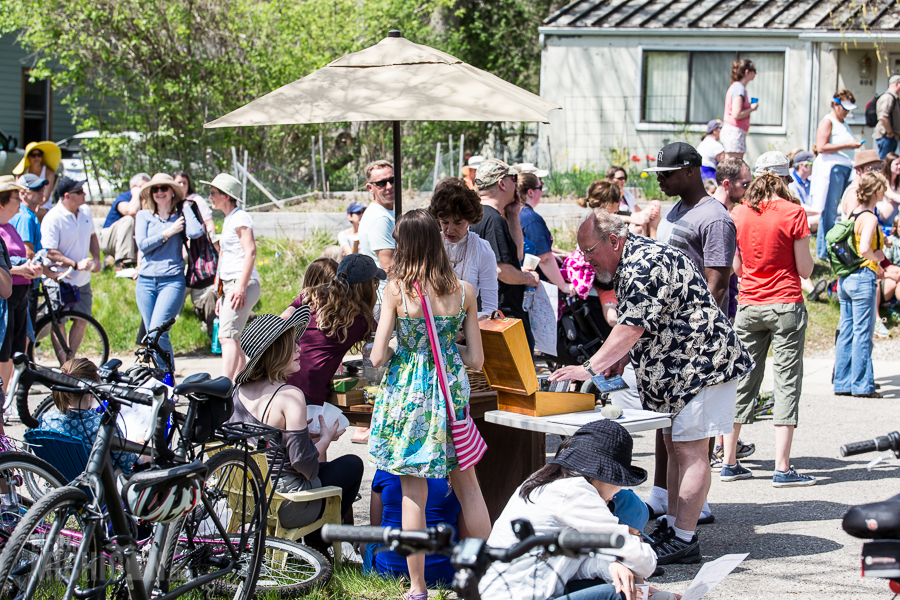 Chris Buhalis is the definition of a singer-songwriter. He tells stories with music that is simple and honest. His style harkens back to the greats such as Woodie Guthrie, Pete Seeger, and Bob Dylan. Chris drew a big crowd and it looked like the lemonade was doing big business during his set. Speaking of Woodie, Chris played “This Land Is Your Land” to close out his set. It was the first song he learned on guitar. 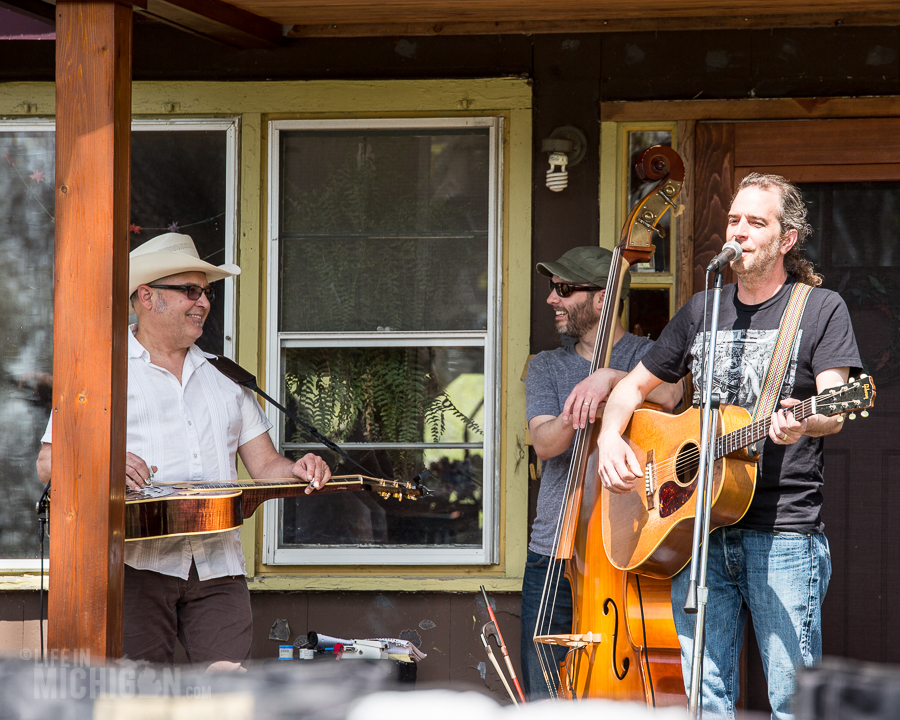 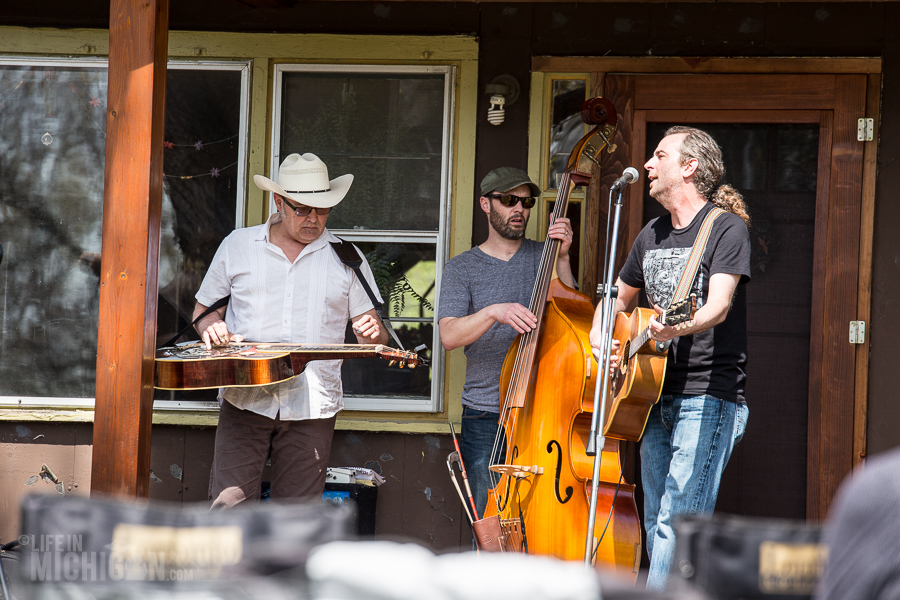 The young men in Ghost Dogs played after Chris Buhalis and were located right next door. They played some gritty punk-inspired rock. It’s always fun to see the next generation of musicians testing out their wings. 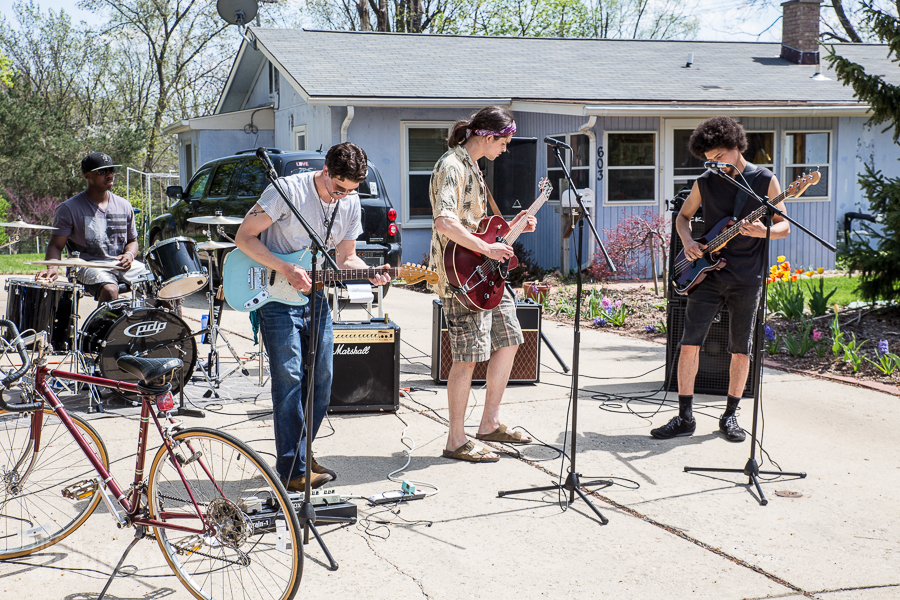 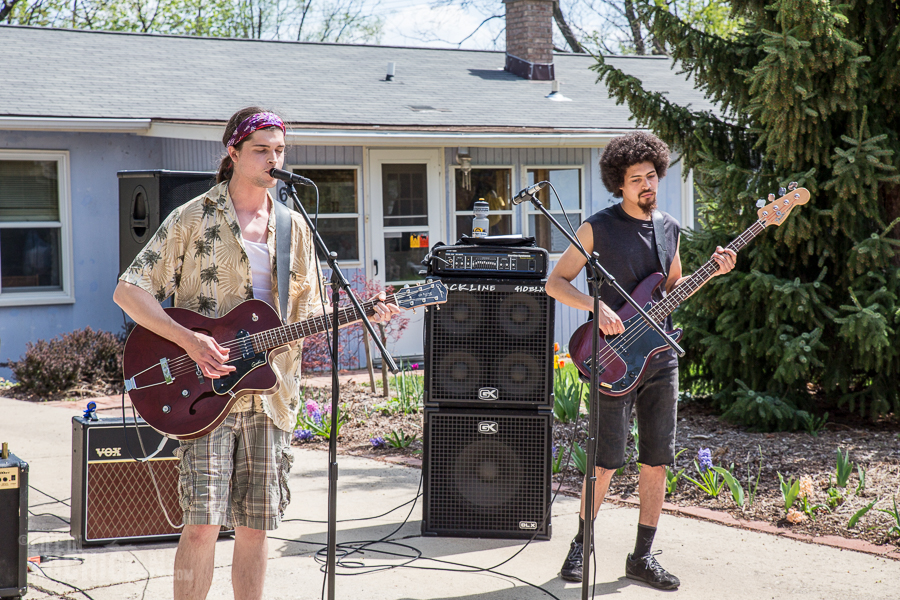 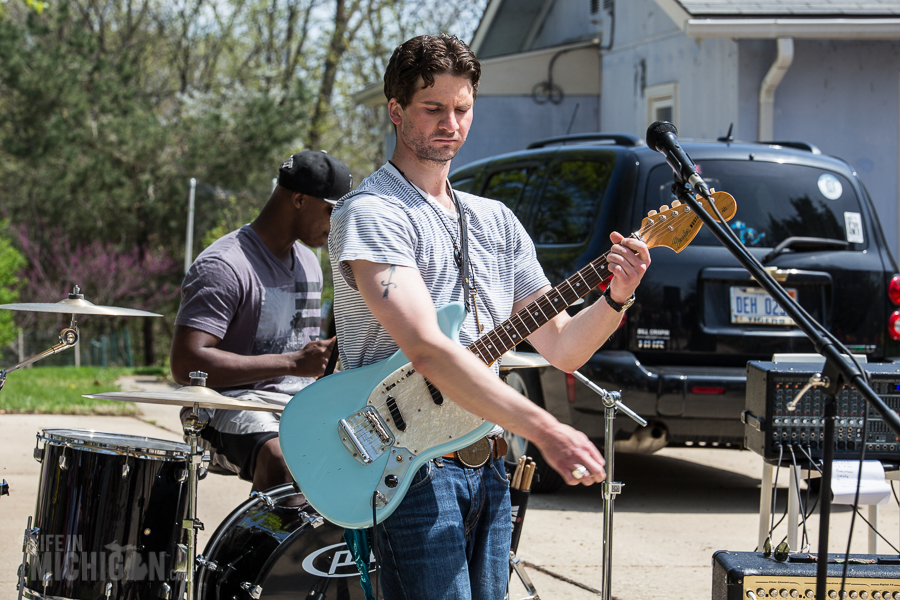 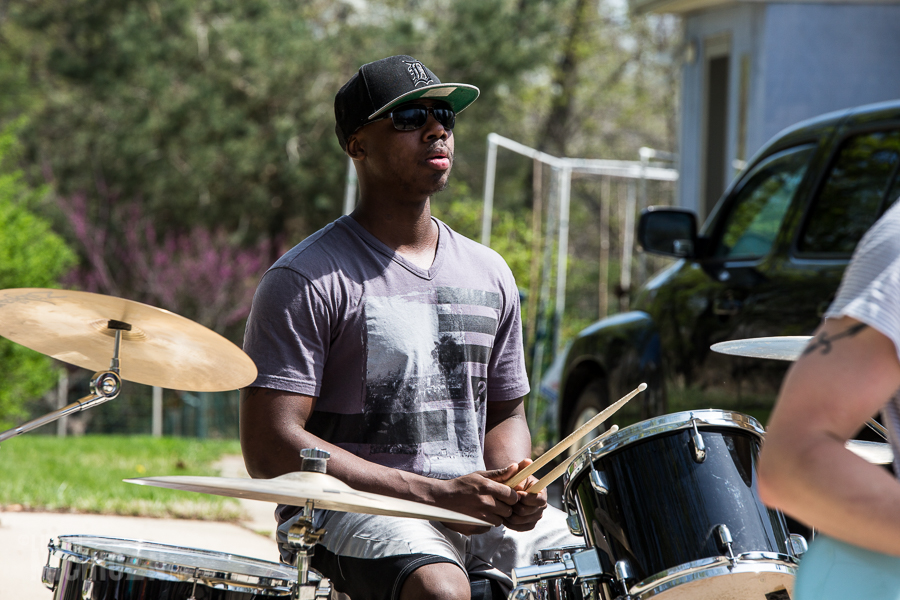 We sort of stumbled upon the soulful rhythm and blues of Casey Brooks. He was playing some sweet 70’s and 80’s soul inspired music with the added touch of slide guitar. I can’t be sure, but I think he covered some Marvin Gaye as well as a nice rendition of “Kiss on My List” by Hall & Oates. Casey has a great voice and the whole band jammed. 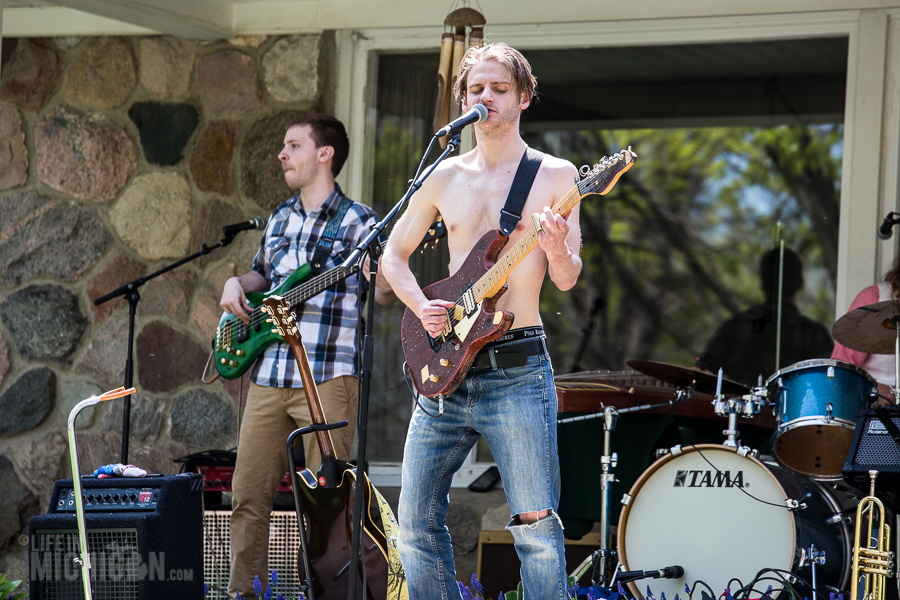 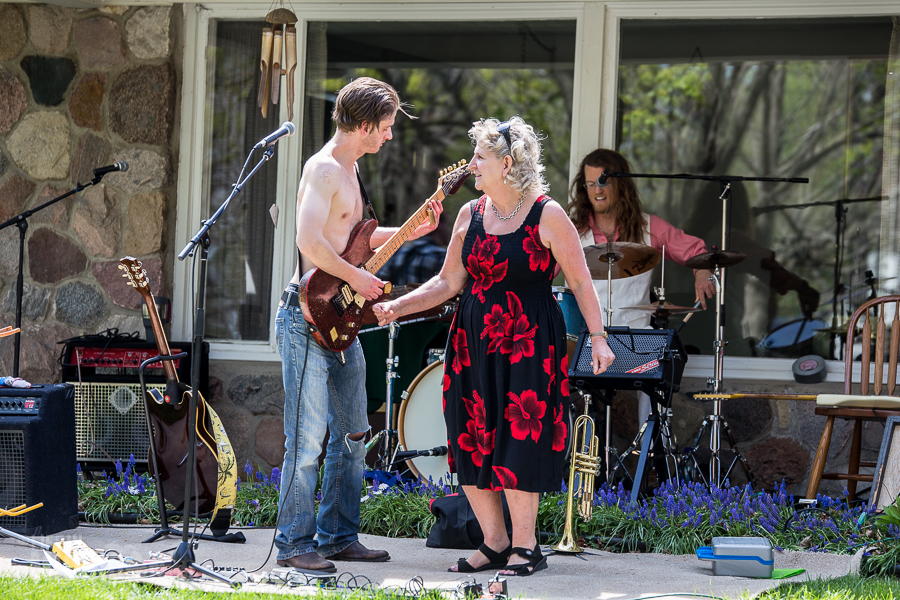 As we were heading home, we heard the compelling sounds of Izzy. I’m a little at a loss for words as to what to say about the music. There was just something about the way the sounds would flitter about inside your ears. 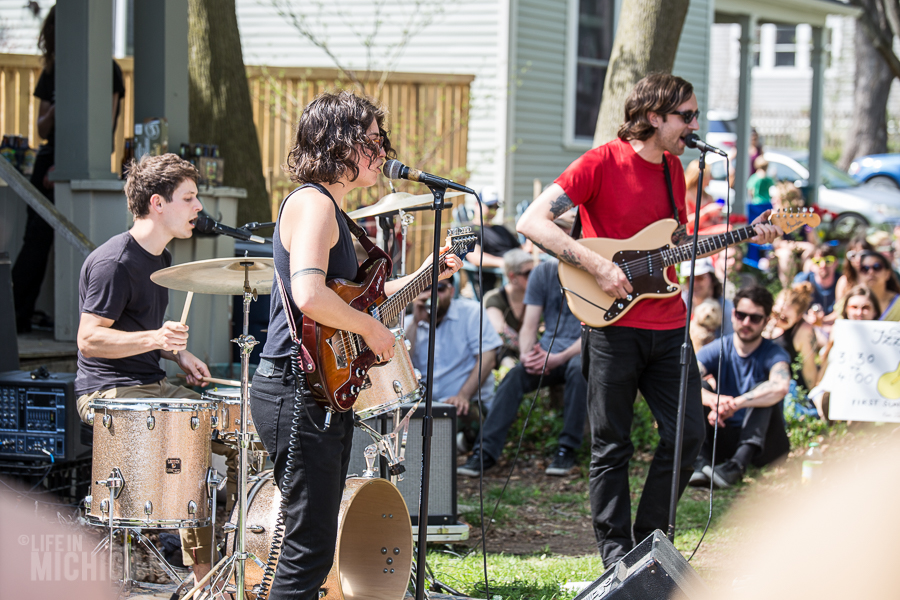 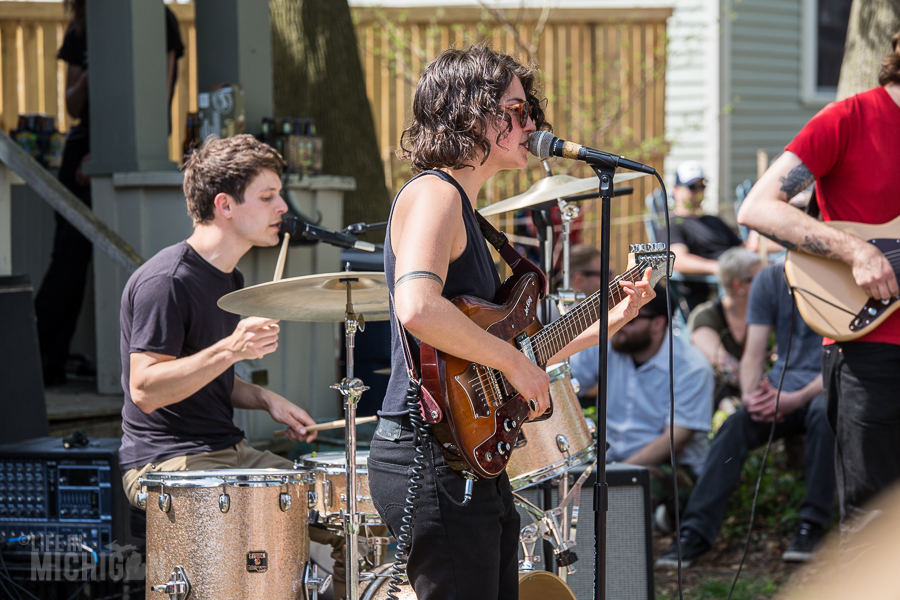 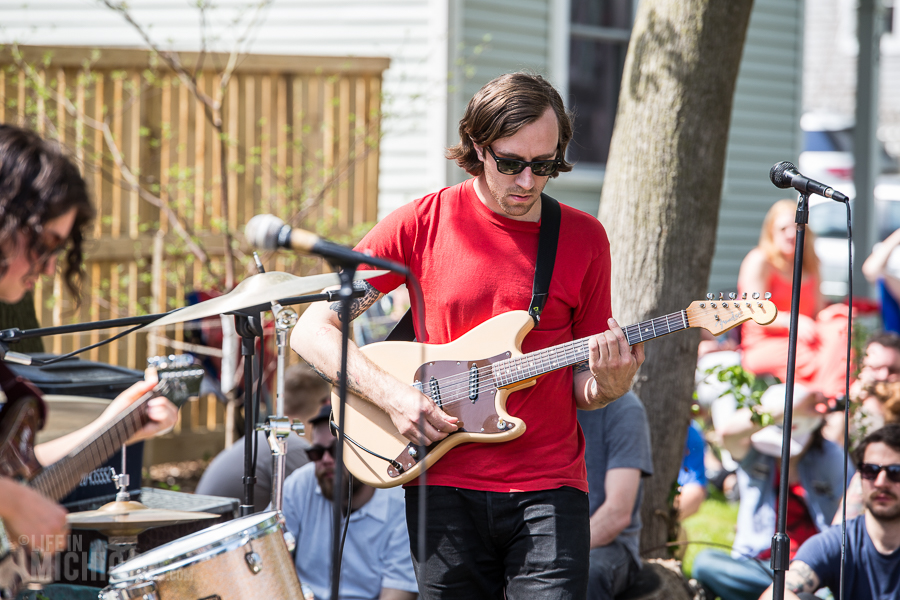 As I mentioned, we barely scratched the surface of all the music this festival offers. The great thing is that the music is all over the board. In addition to these bands, we heard smooth jazz, old-timey 40’s swing, and I’m pretty sure someone out there was playing a banjo. I’m so glad we have a lot of great musical events like Water Hill Music Fest 2015 to explore.

Did you go to the Water Hill Music Fest 2015?  If so, let us know by leaving a comment. Feel free to let us know what your favorite bands were.