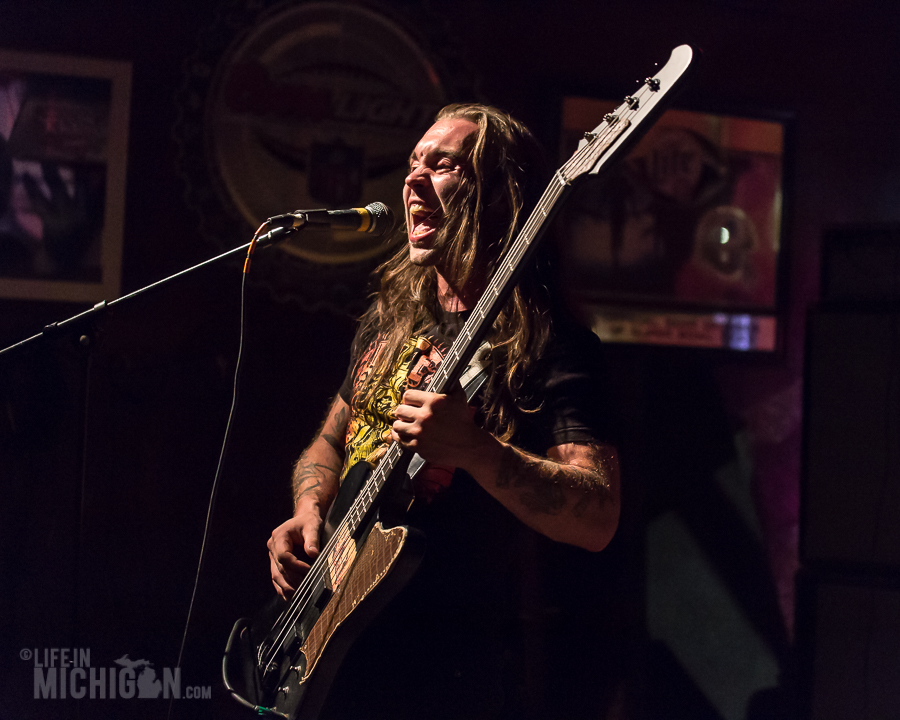 It is 11pm and the time has come to get this triple threat of vicious rock and roll going with Bison Machine at the New Dodge Lounge in Hamtramck. You may remember Bison Machine as we reviewed their record Hoarfrost and we’ve caught them a couple of times jamming with Blue Snaggletooth and just killing it during FuzzFest this past summer. This band plays some outstanding stoner rock tinged with a bit of psychedelics. Bison Machine is sporting a new guitarist in Casey O’Ryan who you may know from Blue Snaggletooth as well as the Wild Savages. Their set was thick and delicious with pulsing bass and lacerating drums aimed for your mid-section. Check out more pictures of the Bison Machine. 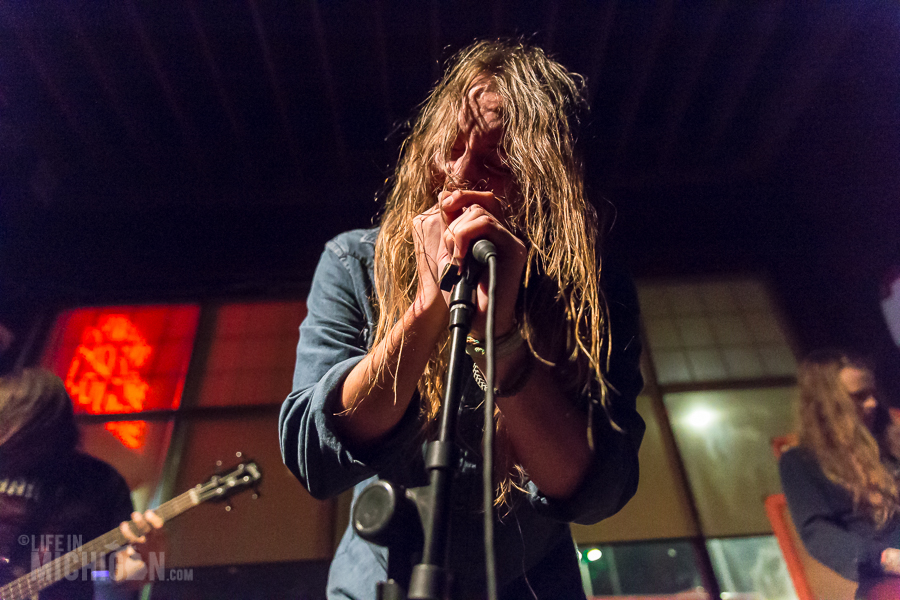 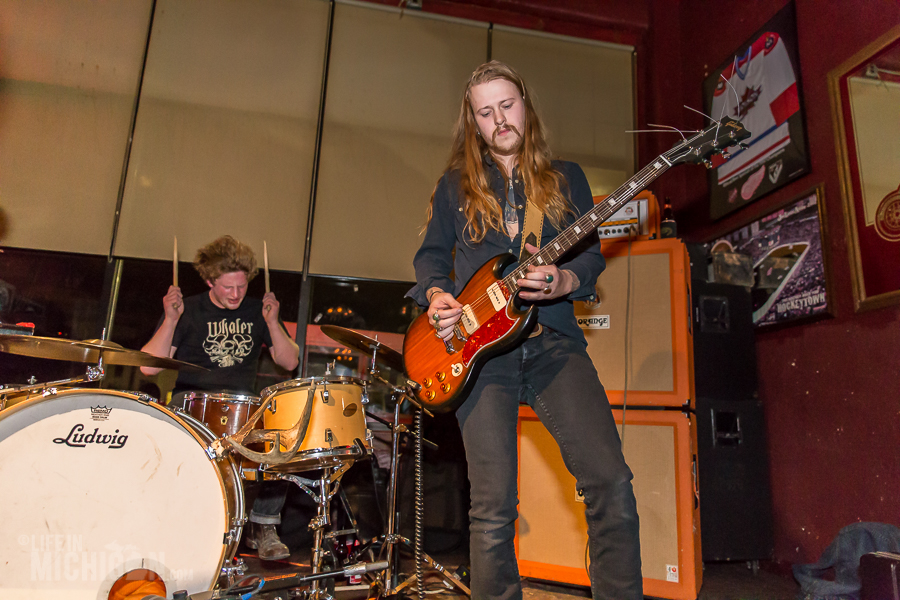 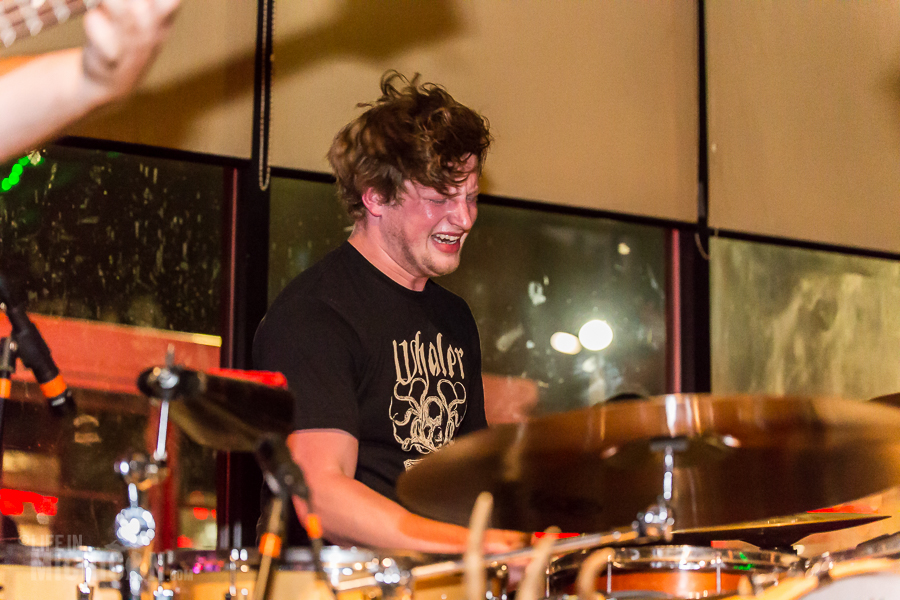 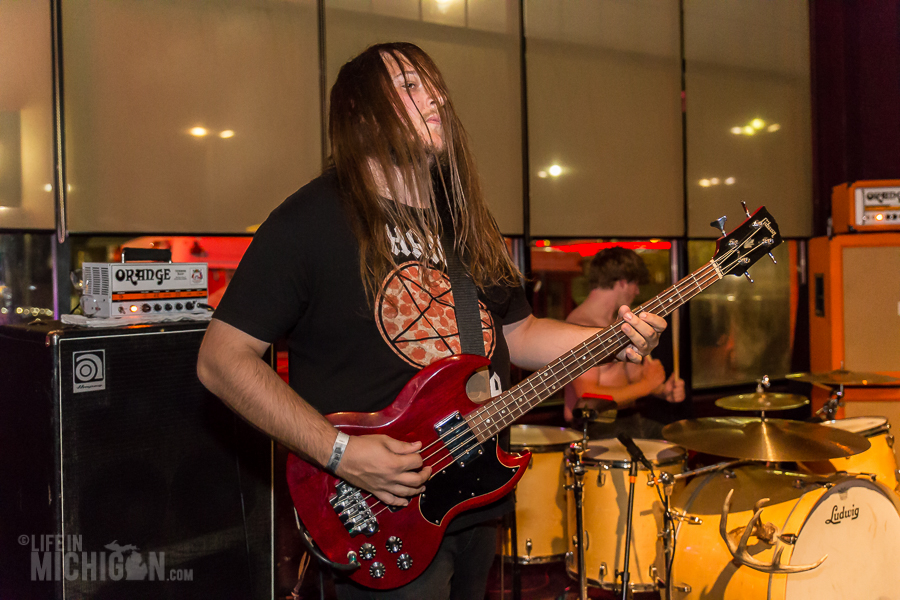 Against The Grain took control of the stage with a firestorm of music, which set the crowd on fire. We caught them earlier in the summer for the Road Warriors record release party at Small’s which was covered by National Rock Review. Against The Grain were as sharp as a razor playing with their typical furious pace. They kicked out tunes from each of their albums. The hardest hitting coming from “Run For Your Life” and “ Afraid Of Nothing”. Hair was whipping around on and off the stage as a couple of boisterous folks get into a little slam dancing. This is raw rock soaked in brutal truth. Head to the gallery for more of Against The Grain. 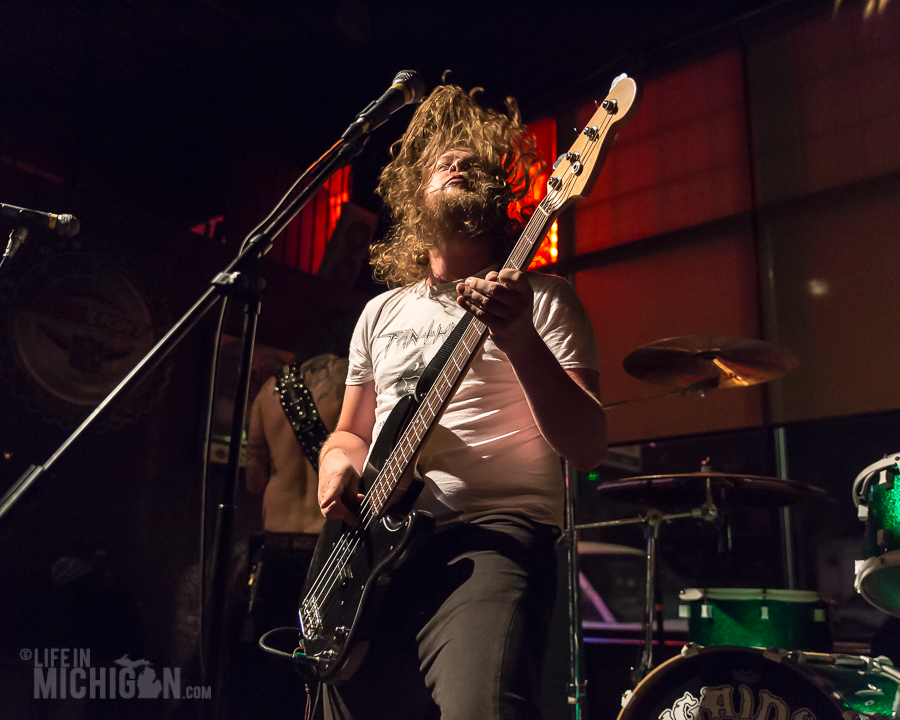 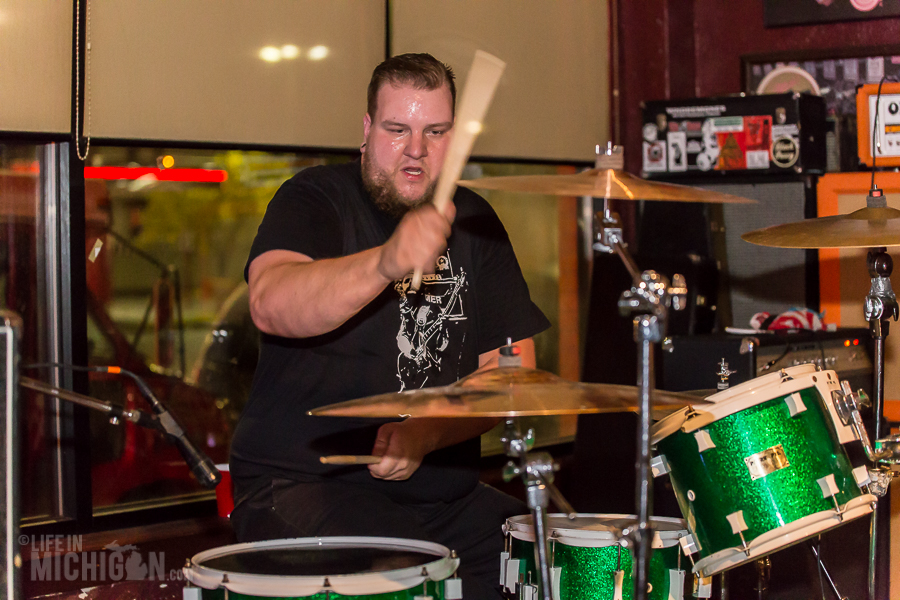 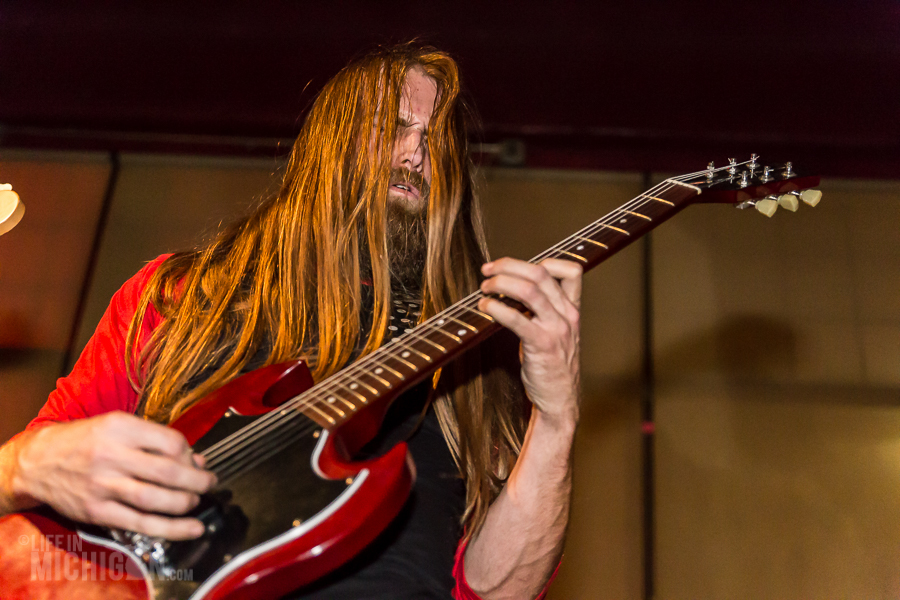 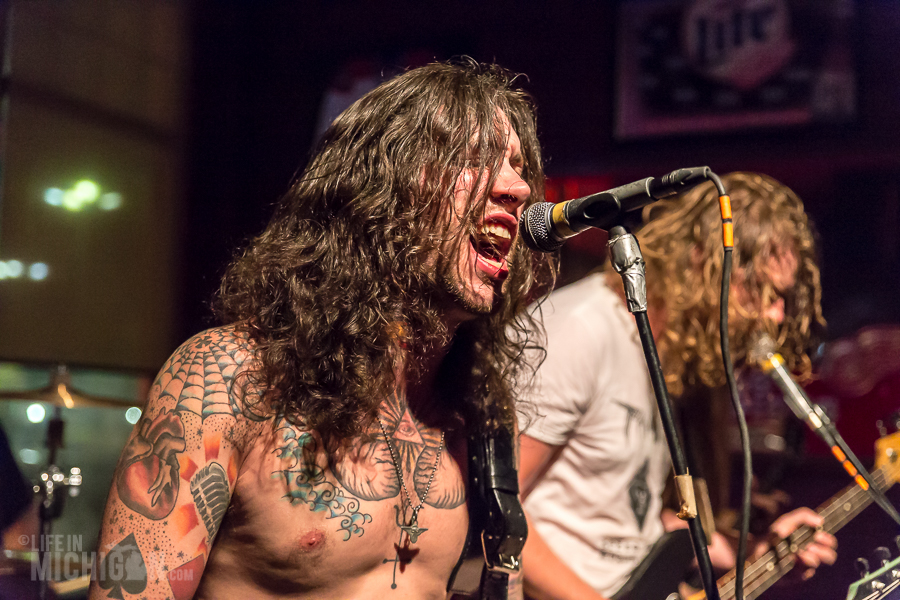 The Wild Savages got into a serious celebration of the release of their self-titled debut album with a house full of fans at the New Dodge Lounge. Bass guitarist Joe Kupiec was like a man possessed as he belted out “Do or Die” while drummer Stefan Krstovic mercilessly beats the sin out of his drum kit. Swimming in the saturated orange scream of his guitar softly weeping, Casey O’Ryan conjured the beasts of hell. The air reeked of hot leather and oil as the crowd cheered for more. The Wild Savages were more than pleased to accommodate with face melting rock and roll. Take a peek in the gallery for more pictures of the Wild Savages. 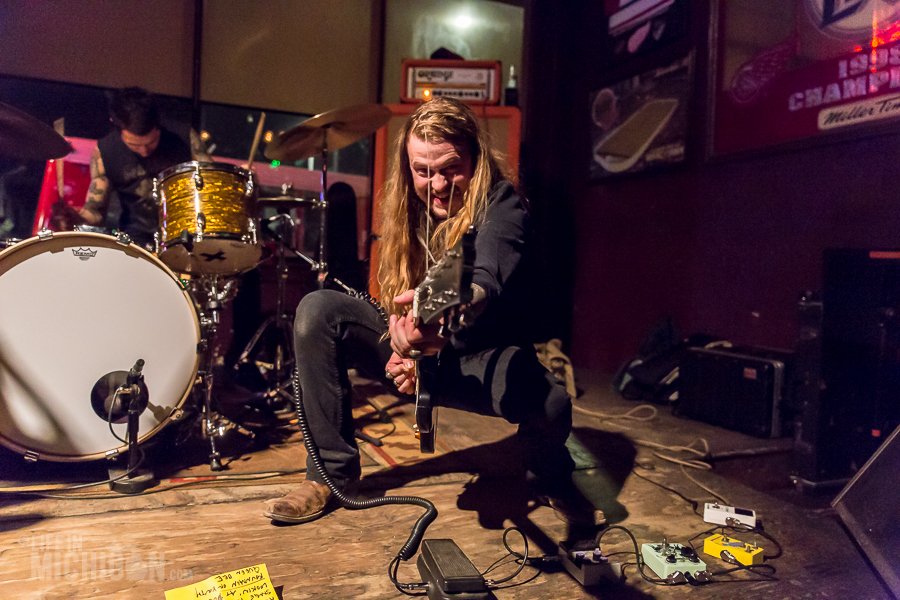 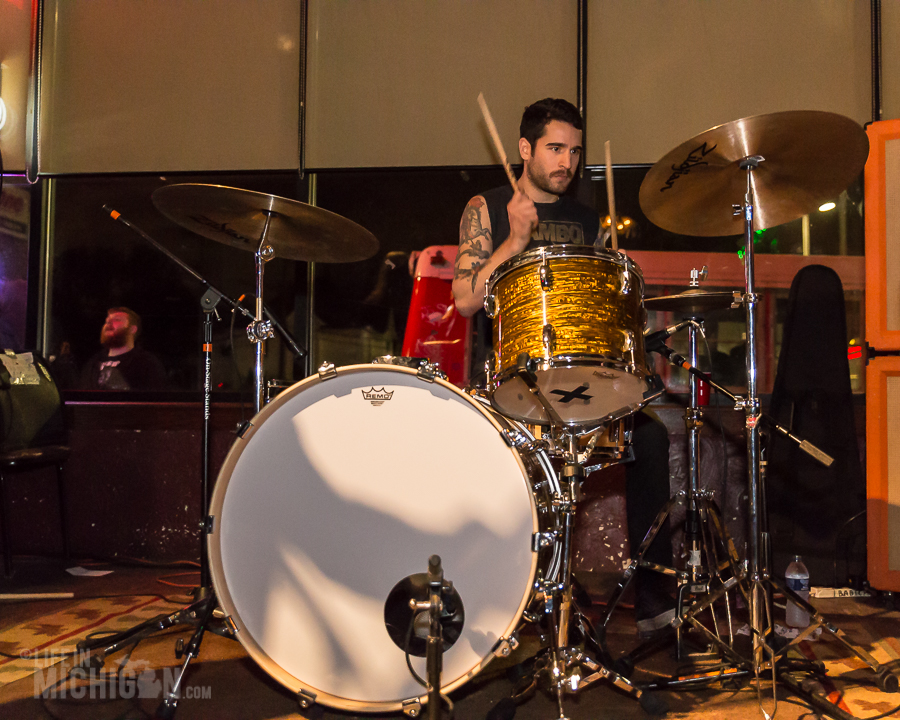 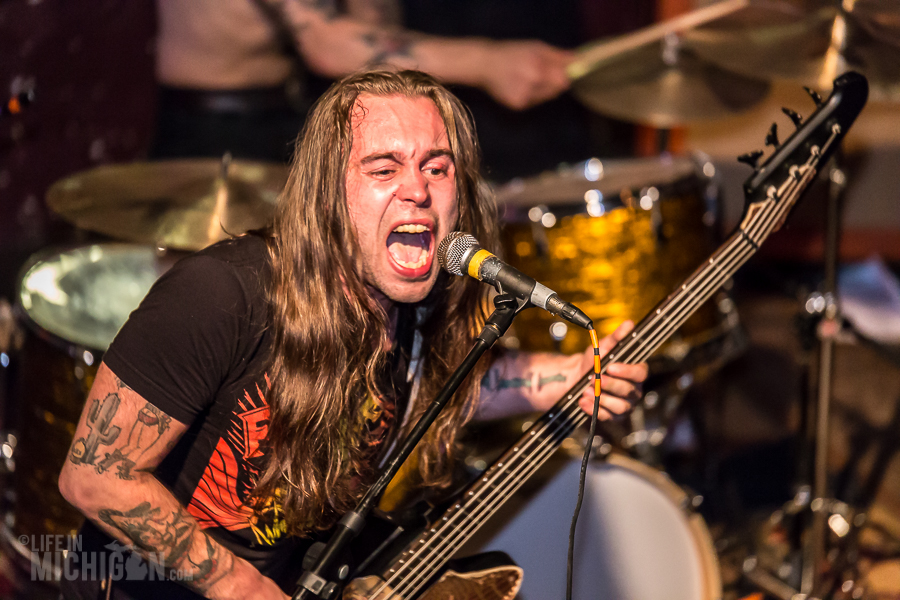 This was a great night of blood red rock with three hard rocking bands playing music that fed the savage beast inside of you. It is the sound of a pounding heart that makes the Michigan music scene blaze. We let this fire cleanse our souls. There is nothing better than seeing great Michigan bands playing fantastic music.

Were you at the show? Do you have some other great Michigan music to recommend? If so, leave us a comment or send us a message. We’d love to hear your story.