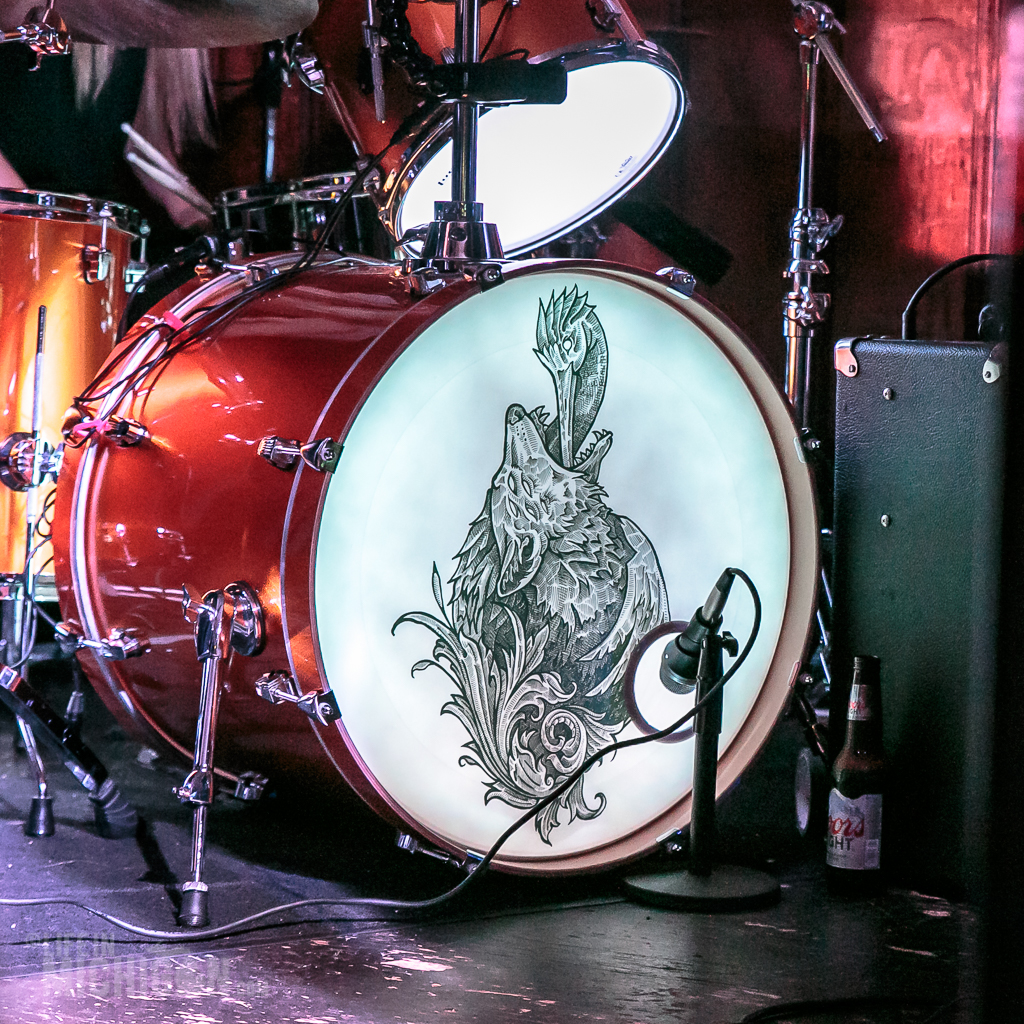 Wolf and the Crane

The Cadieux Café located on Detroit’s east side is a gem. This historic bar has been in Detroit since the 1900’s and is one of the few feather-bowling venues in the United States. In addition to great food and a wide selection of Belgian beer, they host a variety of Detroit music on a weekly basis. This weekend, I headed out to check out Wolf and the Crane. 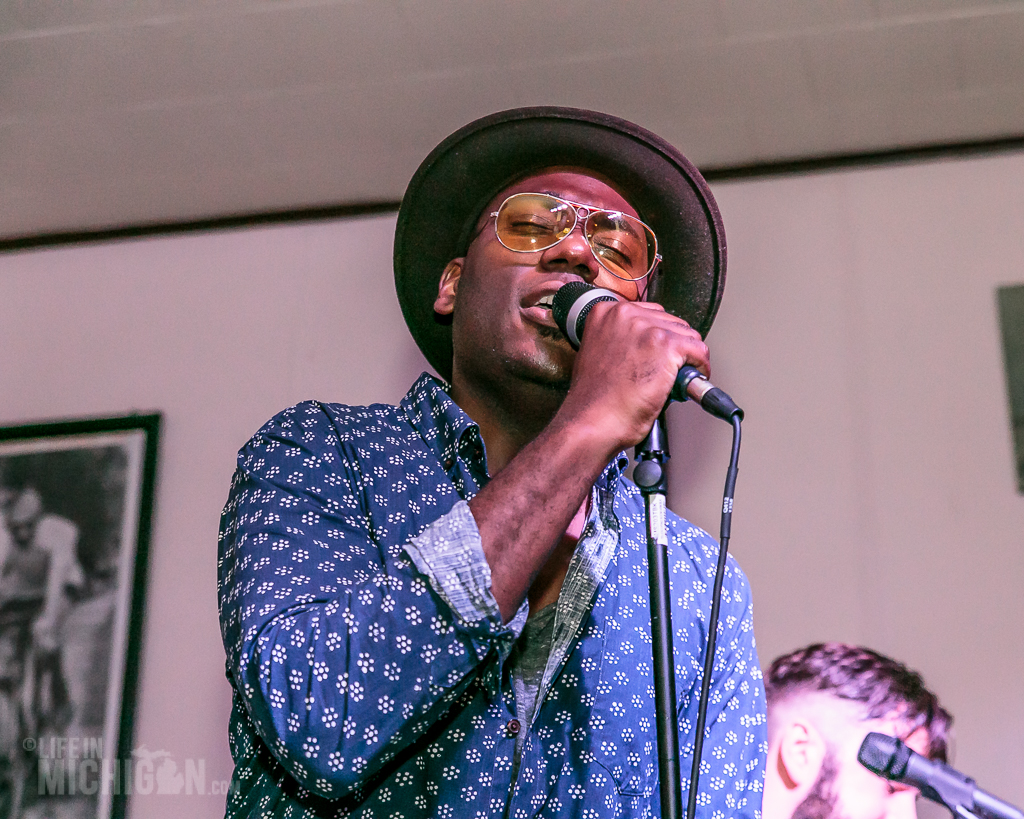 I heard about this band through my friend and guitarist Ryan Meadows. You may remember Ryan as one of the guitarists from Nina and the Buffalo Riders. Ryan has teamed up with some immensely talented musicians including Katelynn Coril (Blood and Wine), Nick St. Onge, Wolf (The Infatuations and just about every other awesome band in Detroit), Jibs Brown (Jibs Brown and the Jambros), Daniel Romberger, and William Cyprian (Will C and the Motor City Groove). Together this eclectic mix of musicians form the Wolf and the Crane. 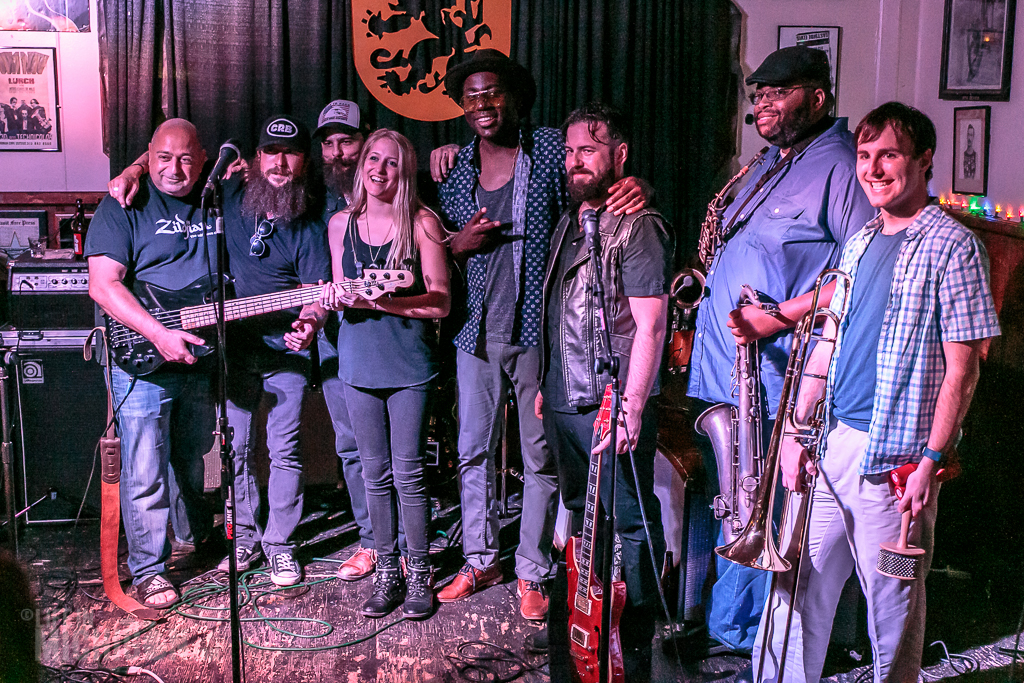 Six and the Sevens

This night of extraordinary music fired up with Six and the Sevens. You really couldn’t help but smile and bop to the music these guys played. The strong, rich vocal harmonies, three guitars, bass, keyboards, and drums combined to create fun and uplifting music. It reminded me of 60’s pop bands such as The Rascals blended with a bit of New Wave like Tommy Tutone or The Cars. 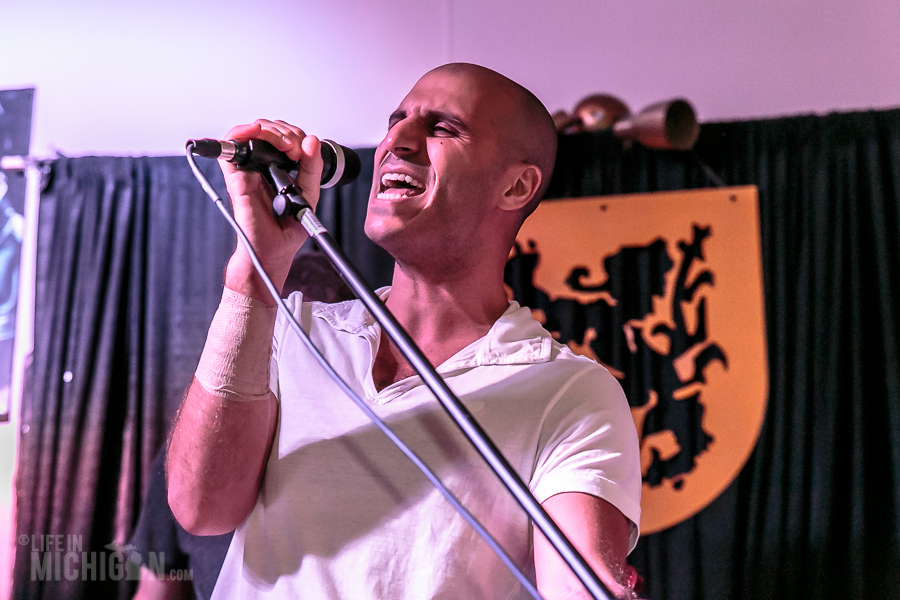 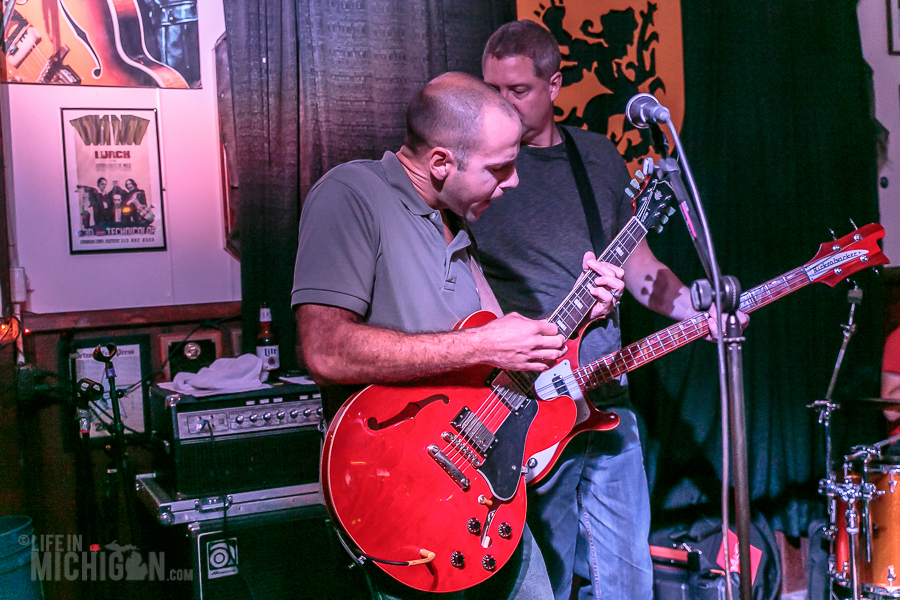 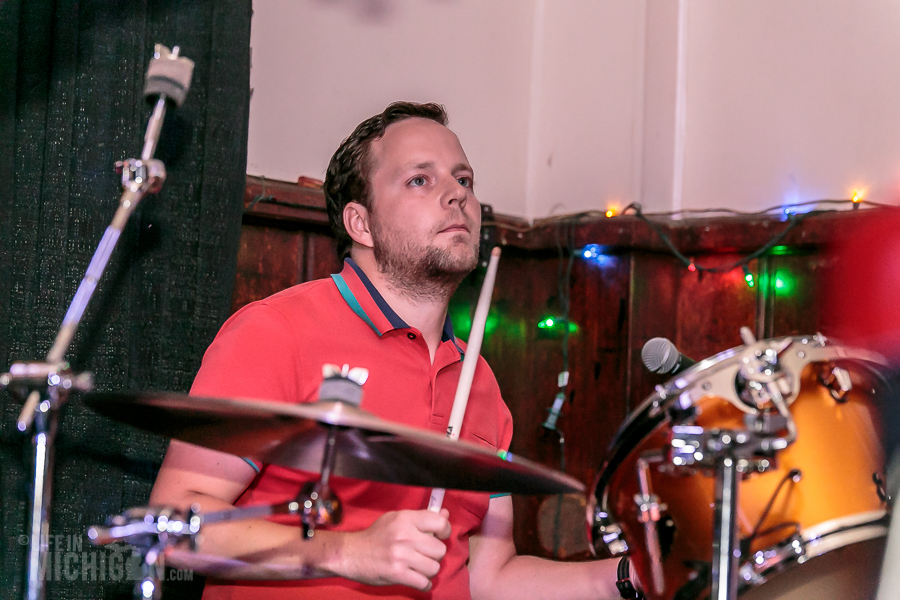 This band lets the music take hold and move them about the stage. This added to the appeal of their performance. I’m sure if there were a bit room on the dance floor (and it didn’t have me flopping around taking pictures), that there would have been a big crowd shaking and grooving with the band. Stop by the gallery for more pictures. 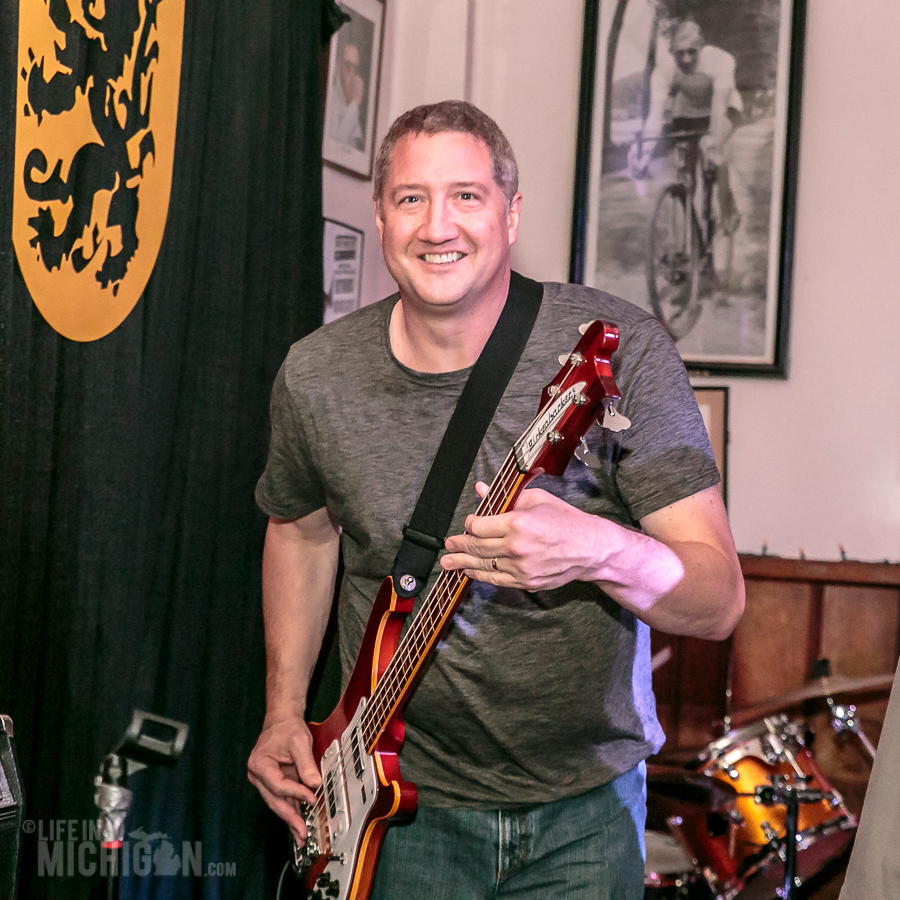 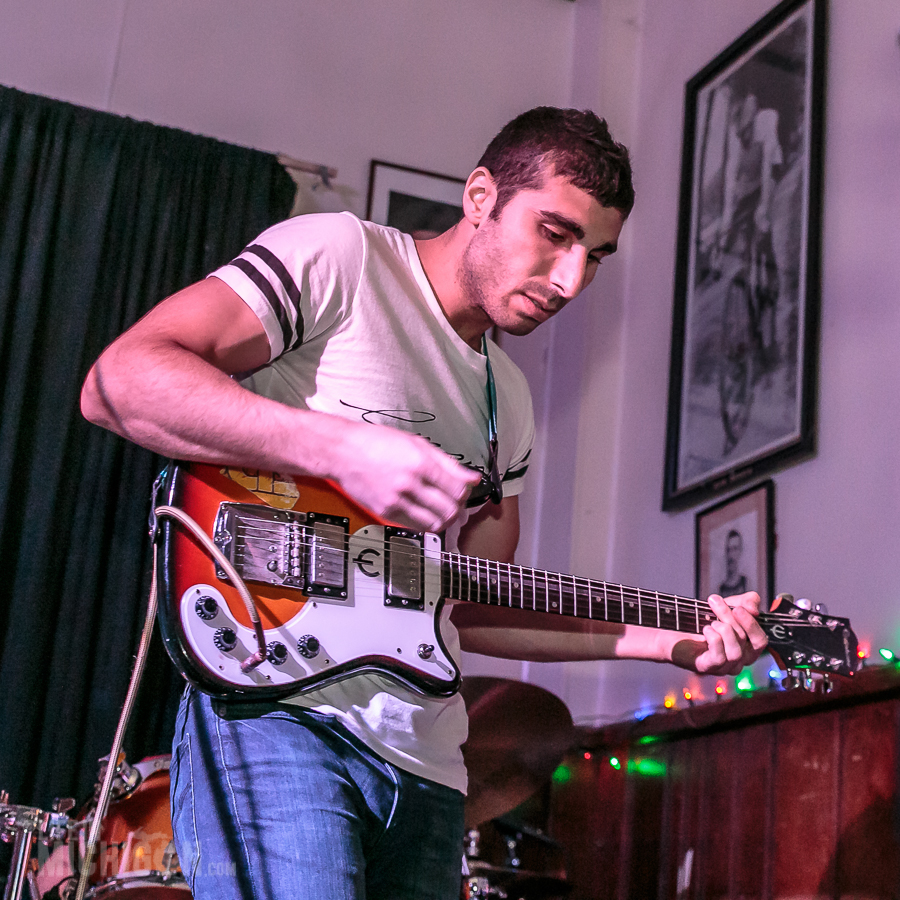 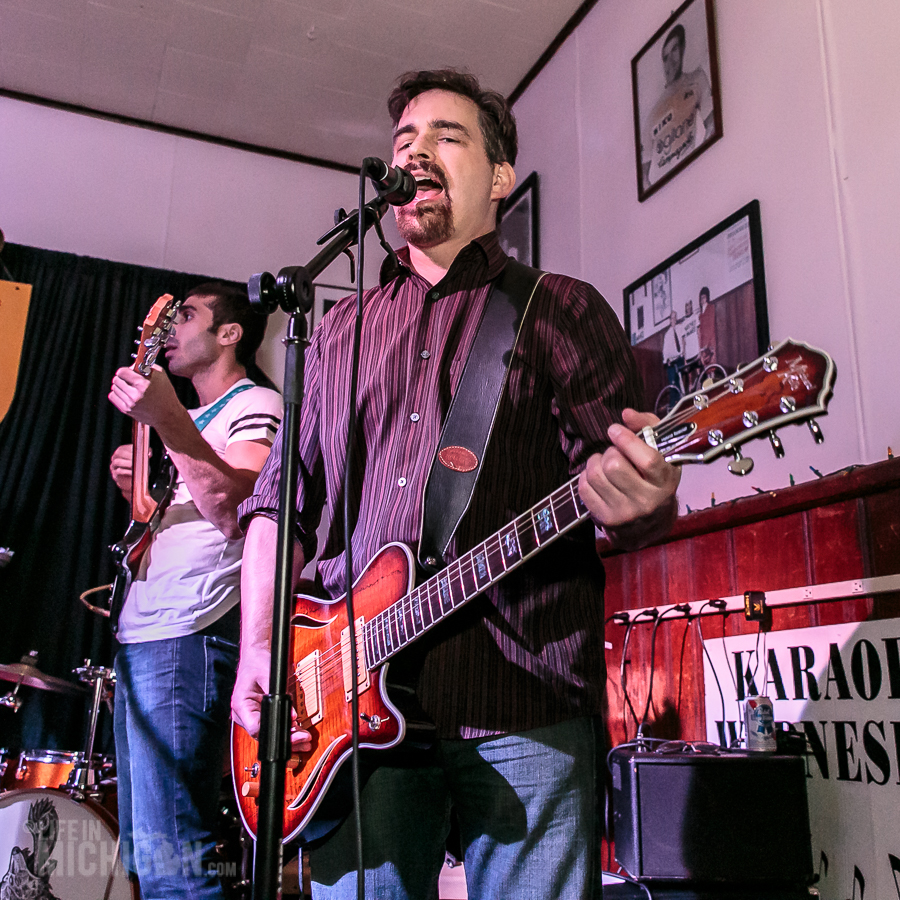 Rocking Rhythm and Blues with Sass

Back in February at Detroit X Detroit, Wolf and the Crane paid tribute to the music of Wilson Pickett. After hearing the band play their own music, you grasp how legends such as Pickett, Booker T., and Eddie Floyd form the backbone of their soulful sound. I’m pretty sure that the members of Wolf and the Crane have some treasured Stax and Motown classics that influenced their love of music. 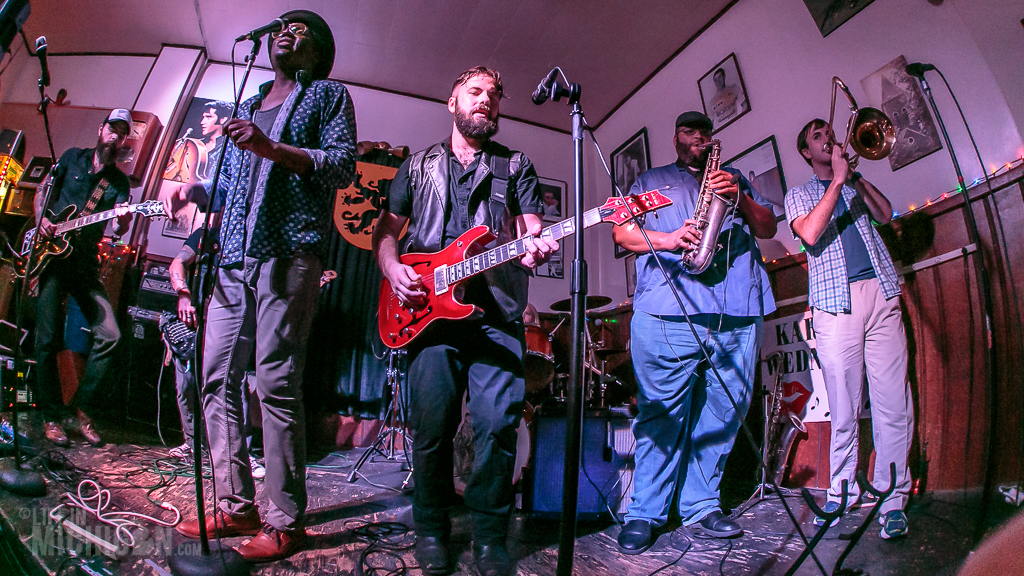 One look at the smiles and the interplay of the group on stage and you know they are having a boatload of fun. You can see and hear how the music fills them with joy. That feeling is infectious and the entire crowd is rapt as the music showers over them. 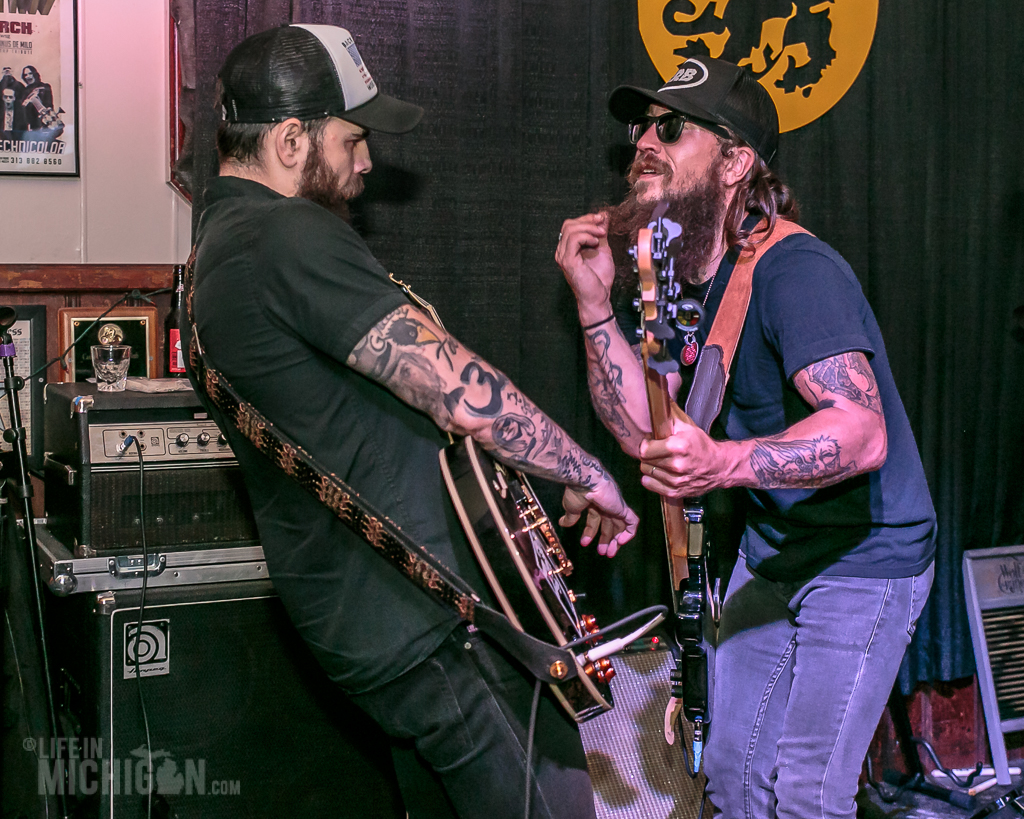 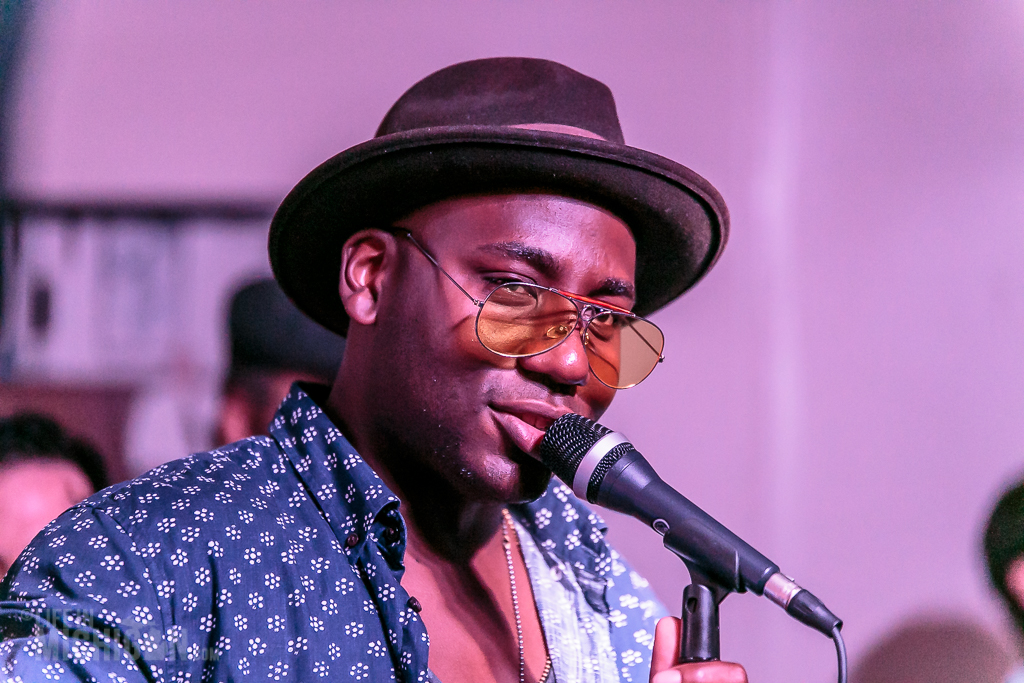 Wolf and Katelynn Coril power the grooves with their dazzling musical skills. William Cyprian on sax and Daniel Romberger on trombone combine to create a high powered rhythm section that adds a magic spark to the music. The horns also give the music of Wolf and the Crane a fantastic dynamic range. 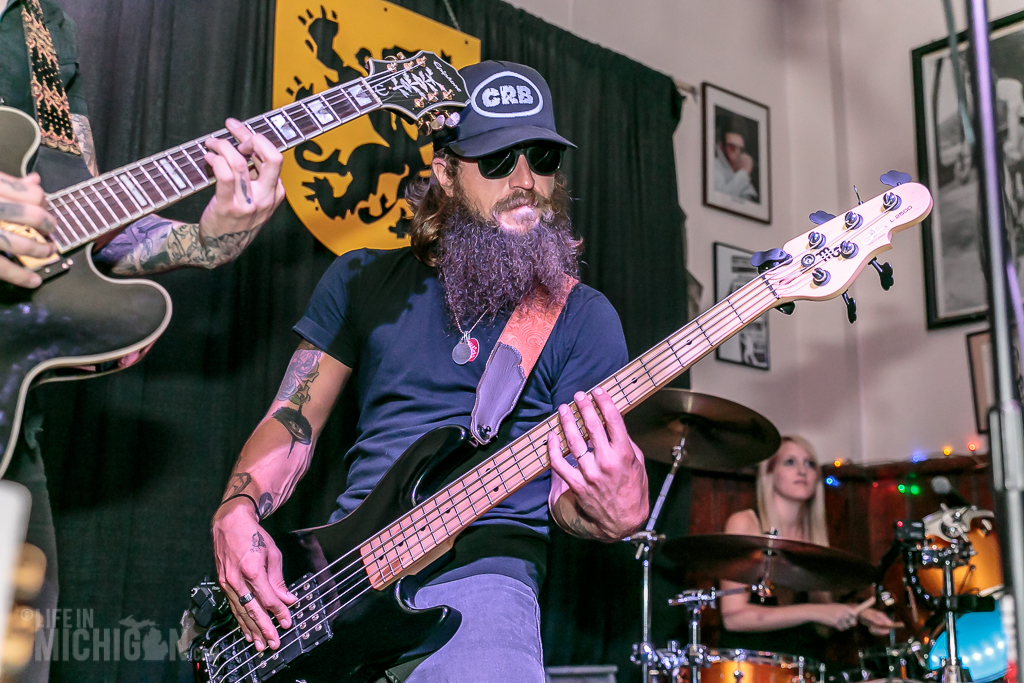 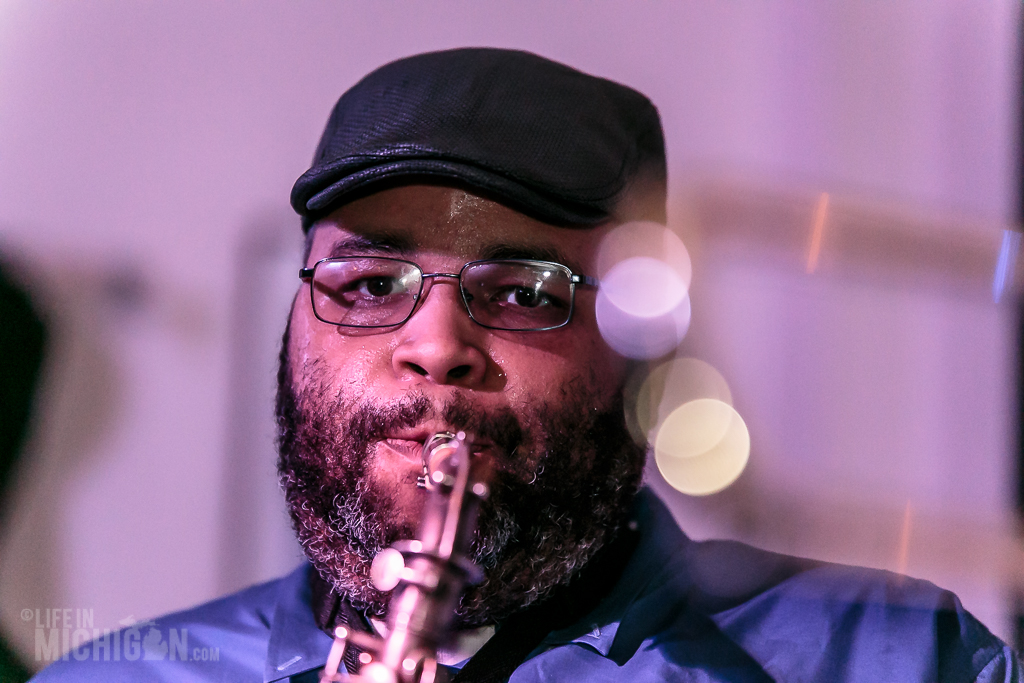 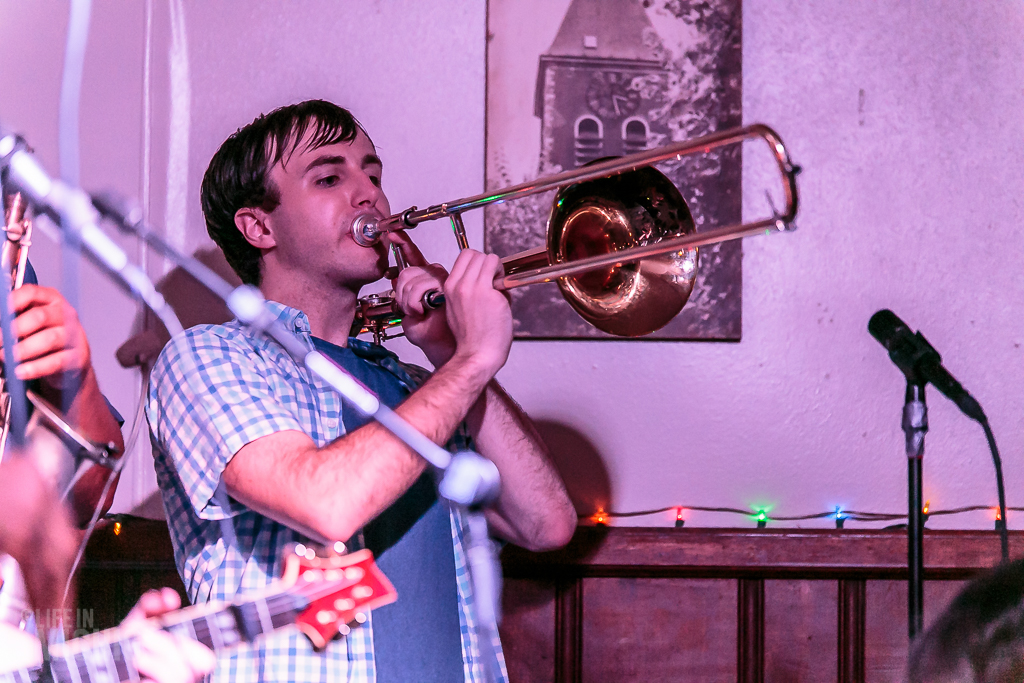 Stoking up the smoky southern flair with spicy phrasing and tangy licks are the guitars of Ryan Meadows and Nick St. Onge. Ryan laid down some sweet delta slide on his Dean resonator. Nick blazed like white lightning with rocking blues runs on a number of tunes. It was great to hear these guys jam. 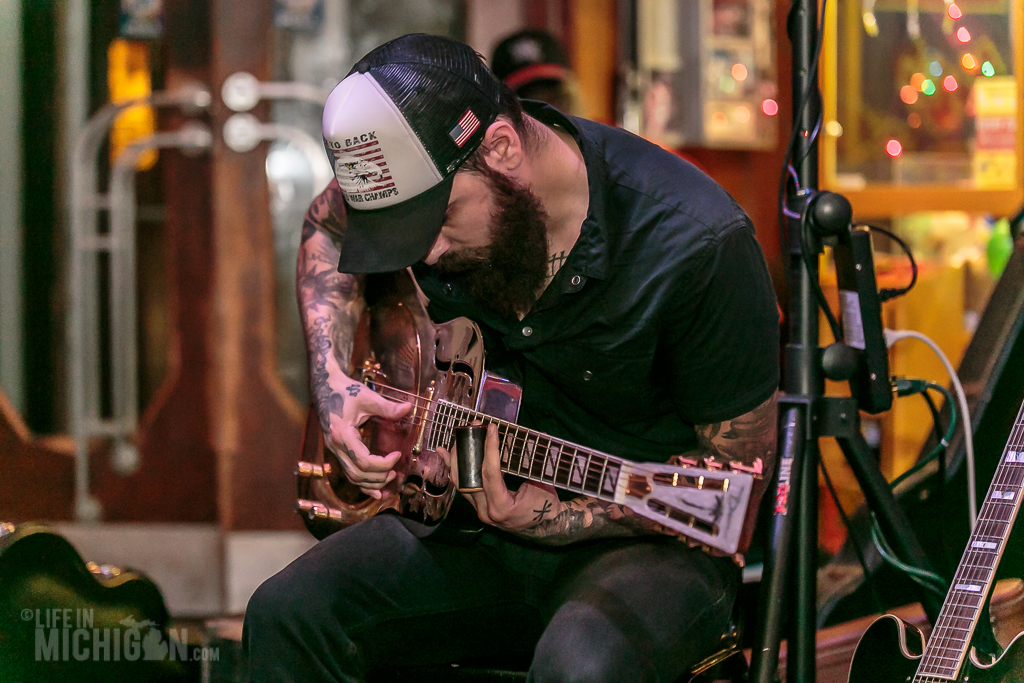 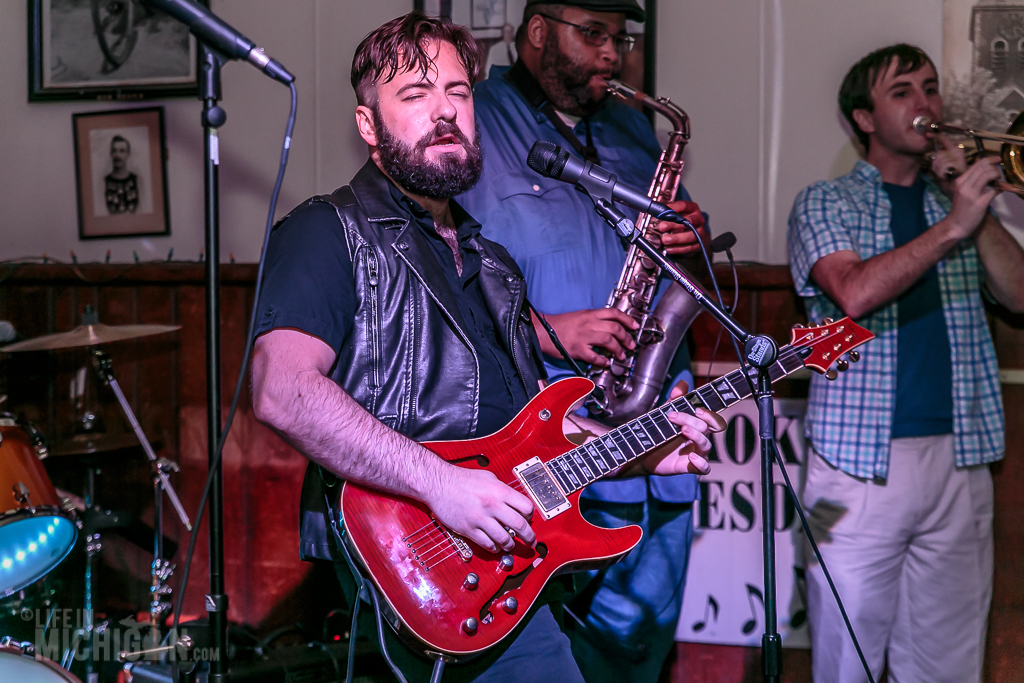 Together, this band concocts a musical potion that energizes and enchants the spirit. Every ounce of enjoyment that they gave us was reflected in hearty cheers and gleaming faces. The only bummer was that the band couldn’t play all night long. Before you knew it, their set was done. Wolf and the Crane gave us a sensational night of music. For an evening you won’t forget, be sure to catch this band the next time they play in your town. Be sure to check out more pictures from the show in the gallery. 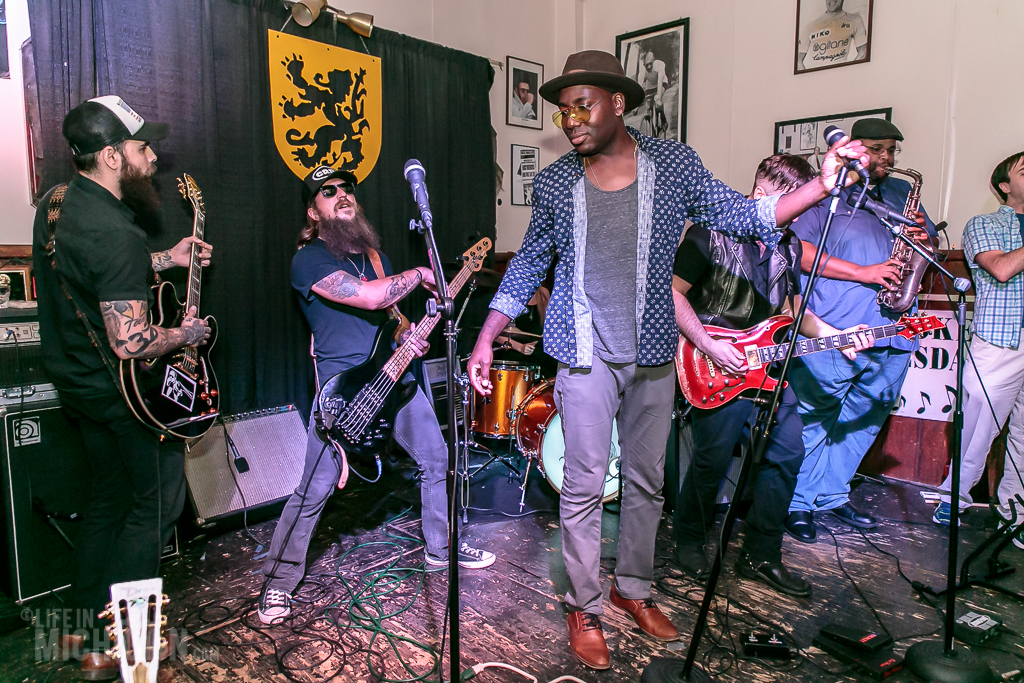 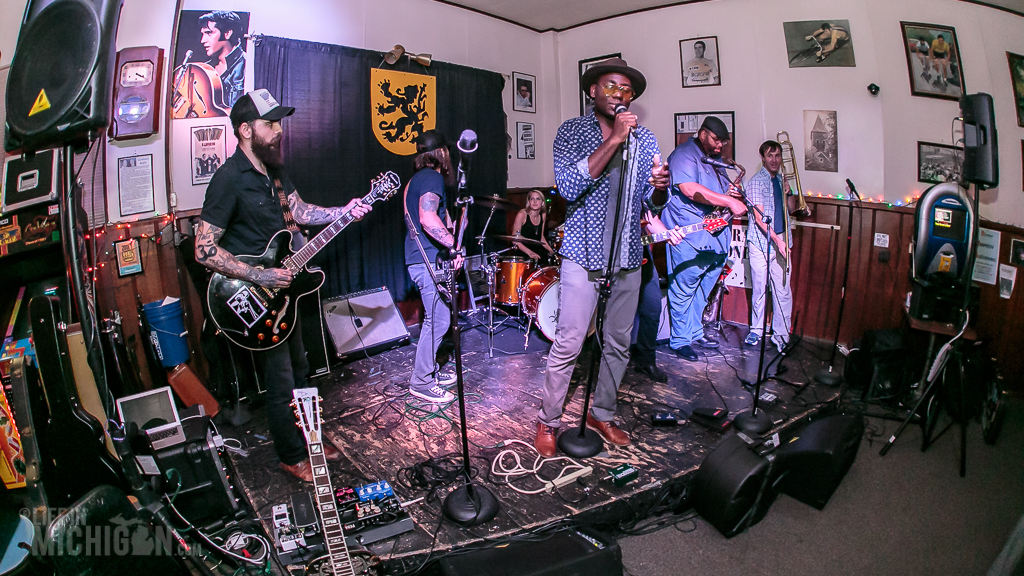 If you enjoyed our coverage of Wolf and the Crane at the Cadieux Cafe, then please share it on your favorite social media venue or send it as a link to your friends and family. If you’ve got a story to share or just want to say hi, please leave a comment.