The first annual Ypsilanti Comic Con packed in a host of local comic book artists, vendors, and collectibles into one day of super hero action. 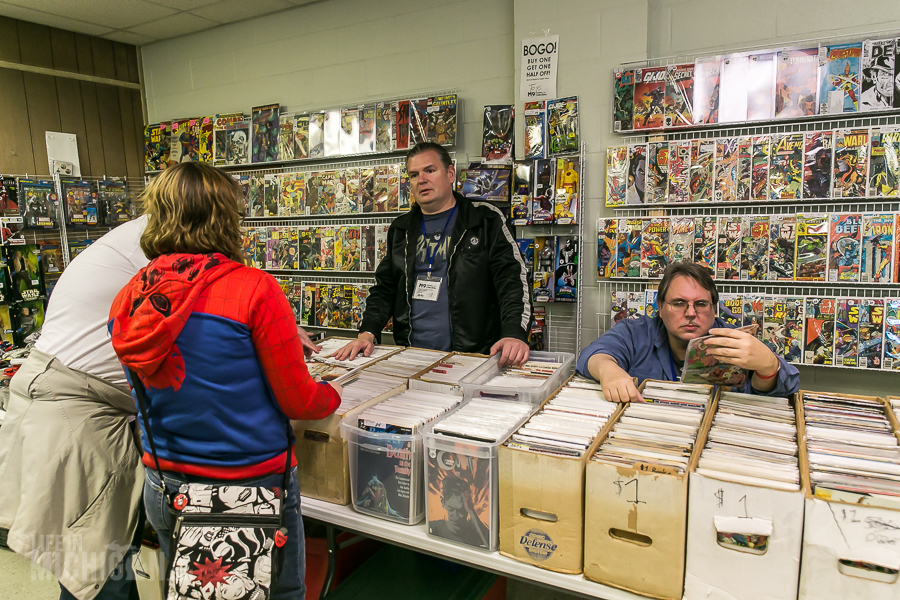 St. Matthew’s Methodist Church served as the venue for the first annual Ypsilanti Comic Con. The event is presented by YourComicCon.com which puts on a variety of comic conventions in Southeastern Michigan. They made great use of the space available with each room filled with comics, toys, and other cool collectibles. They even had fresh baked goods!

Beyond the usual array of Marvel and DC comics, the Ypsilanti Comic Con included a number of local and regional comic and graphic novel artists who were on hand to showcase their craft. 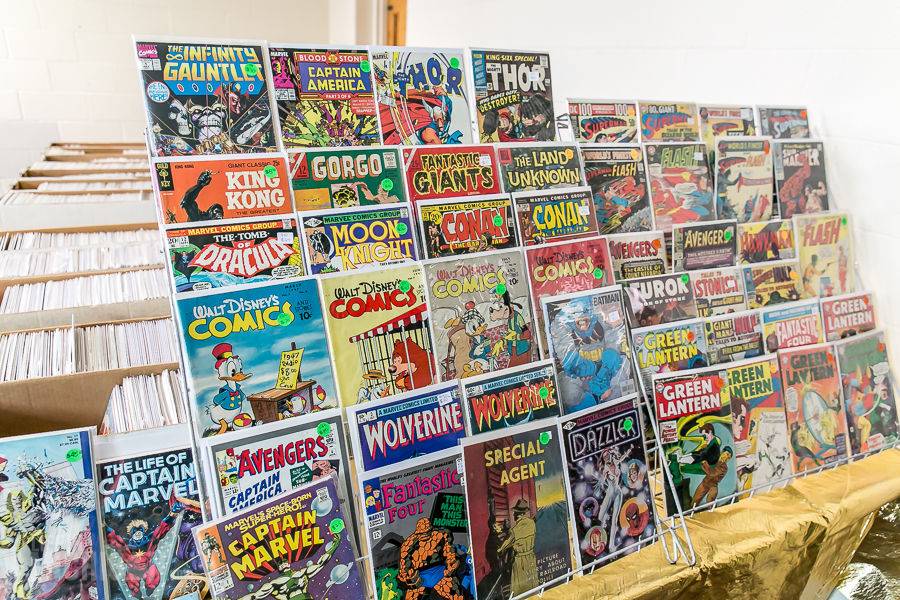 Urban Style Comics was on hand with their comics made in Detroit. 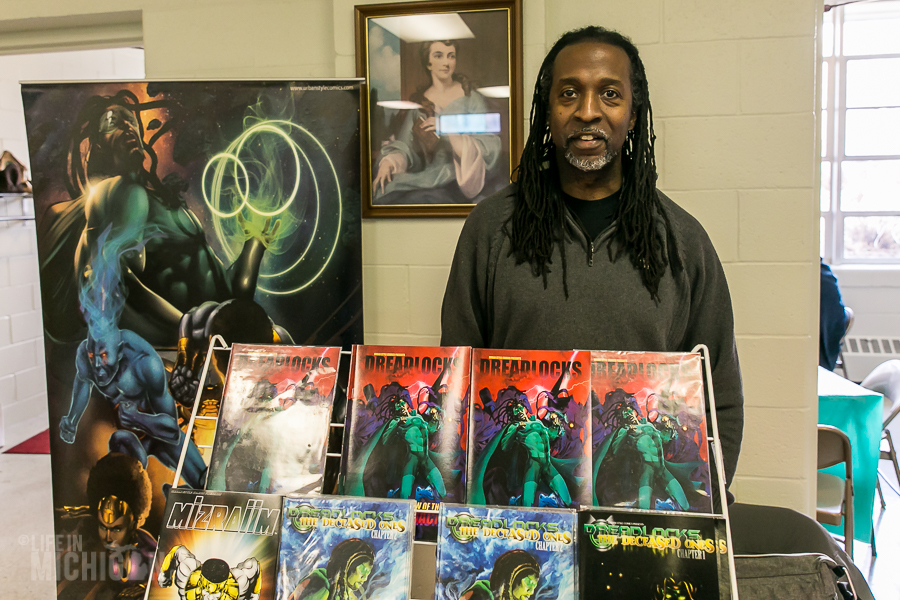 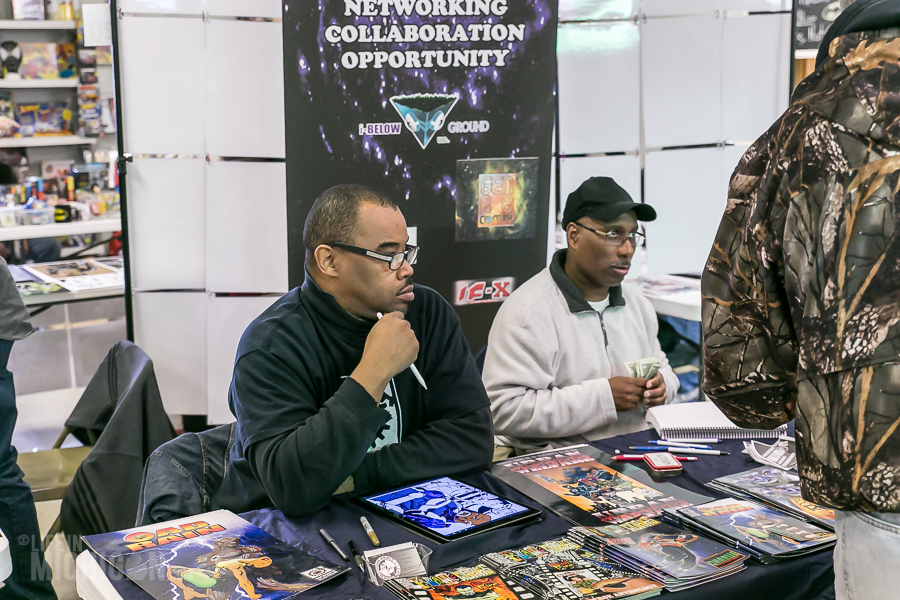 Ren McKinzie. Ok sure, Ren isn’t from Michigan, but he’s not too far away. Even though he is from Columbus, his artwork is outstanding and should be shared. 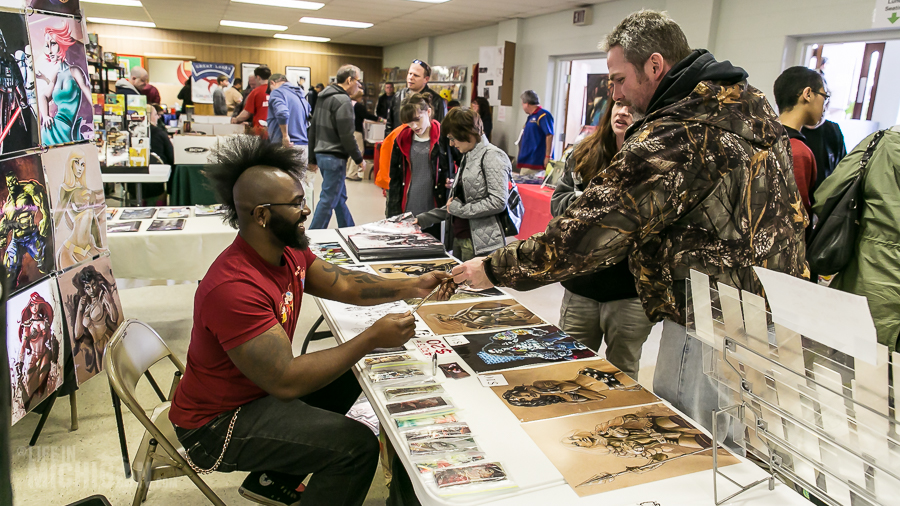 Source Point Press is a local publisher from Casco, Michigan who put out a variety of comics and graphic novels Dailynightmare.com had their Quick Shivers graphic novels out on display. These books feature 100 word stories about nightmares. Prepare to be disturbed after opening these little gems. RIA Comics were showcasing their “If Powers” books which they recently kicked off with a fundraiser on kickstarted. Michigan Comics Collective had some great drawings on hand. This group provides a forum for artists to share knowledge and network. 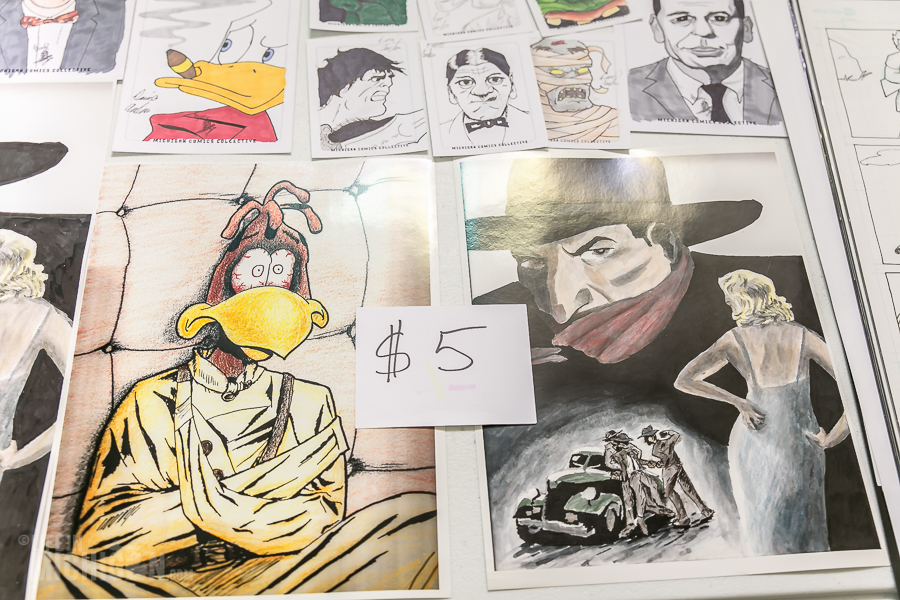 Ken MacGregor is a local Ypsilanti based writer who brought his book “An Aberrant Mind” to the Ypsilanti Comic Con and was on site to sign copies. 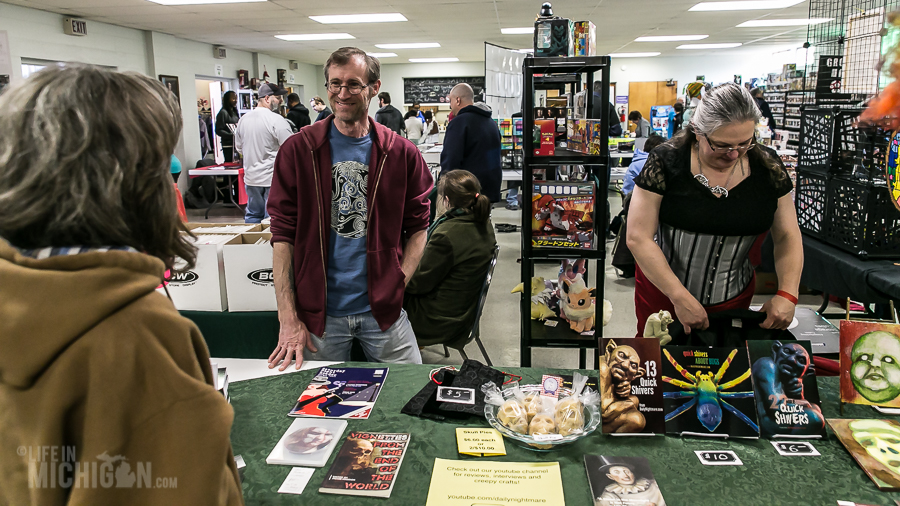 Blitzkrieg Art Studio brought their artistic talents to the show to share with fans. 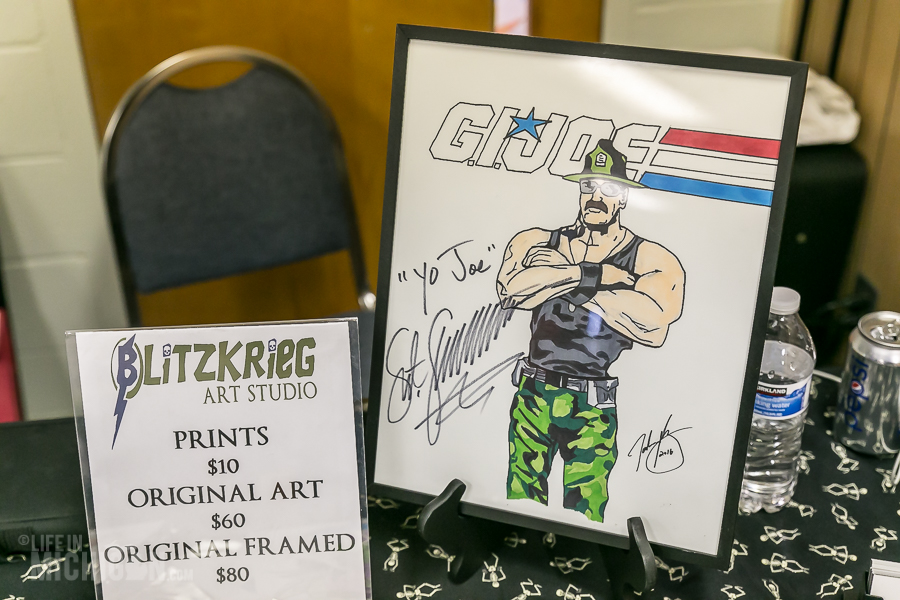 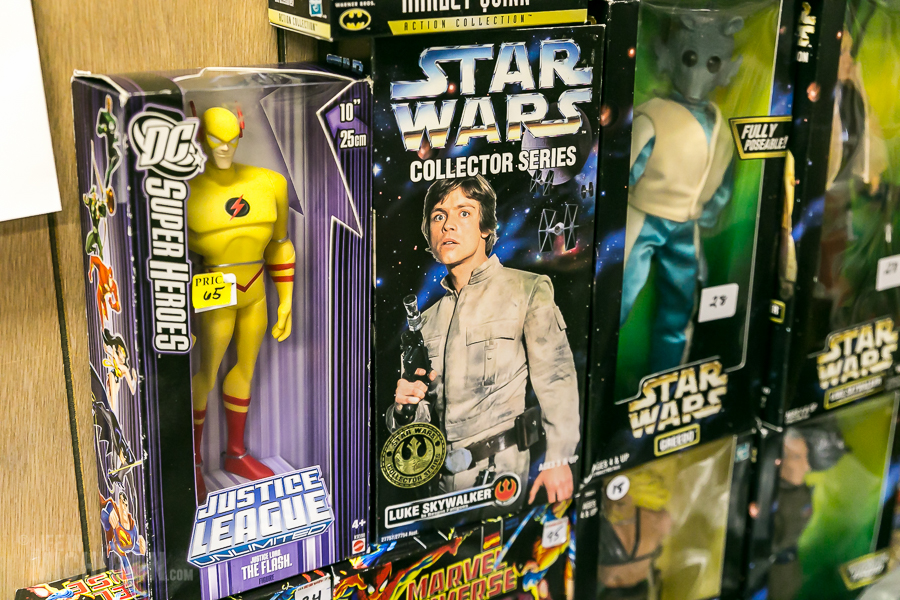 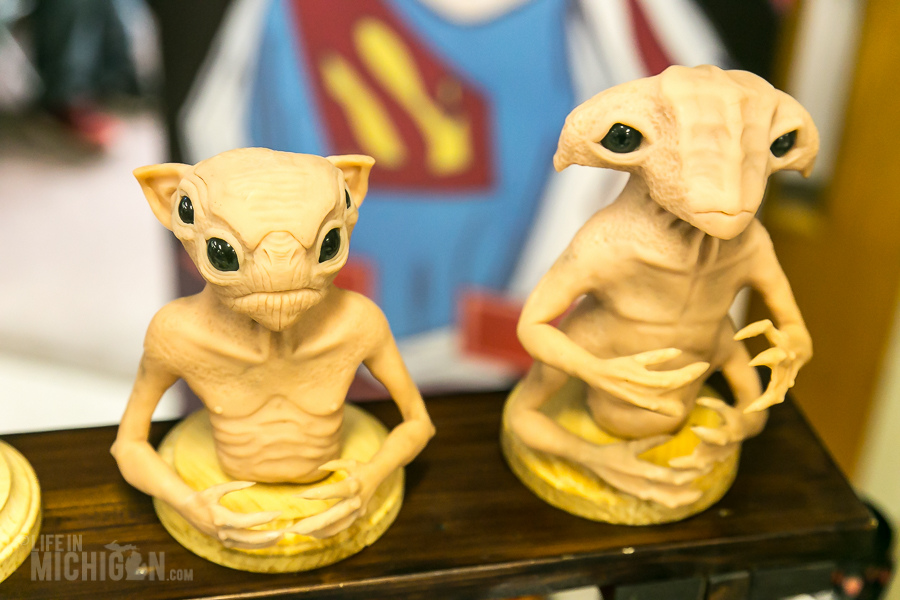 Phoenix Girl Creations calls Ann Arbor home and makes these fun and creative sprites in a variety of mediums. 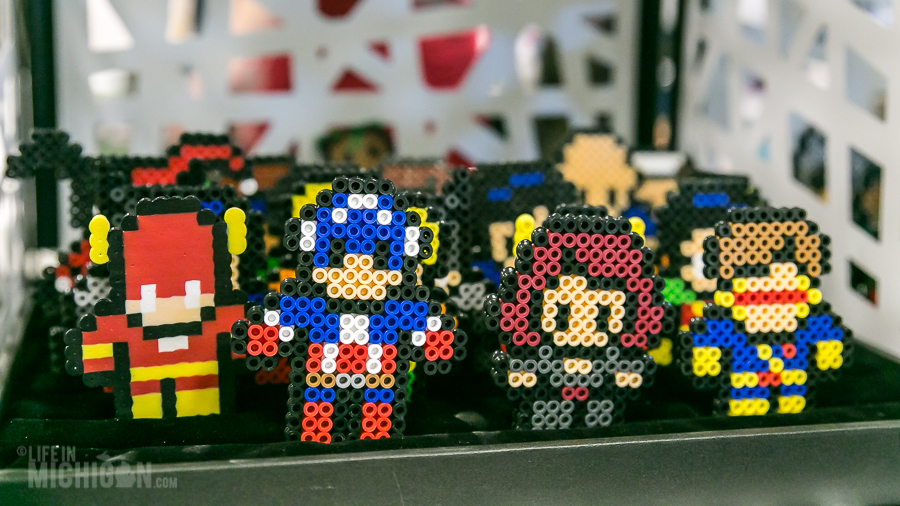 Even more comics, toys, and collectibles were available from some local vendors (M-9 and 9 Planet). I found some cool Super Stars music cards with Randy Rhoads. Given that it was the anniversary of Randy’s death and he was a huge influence on me, I took this as a great find. 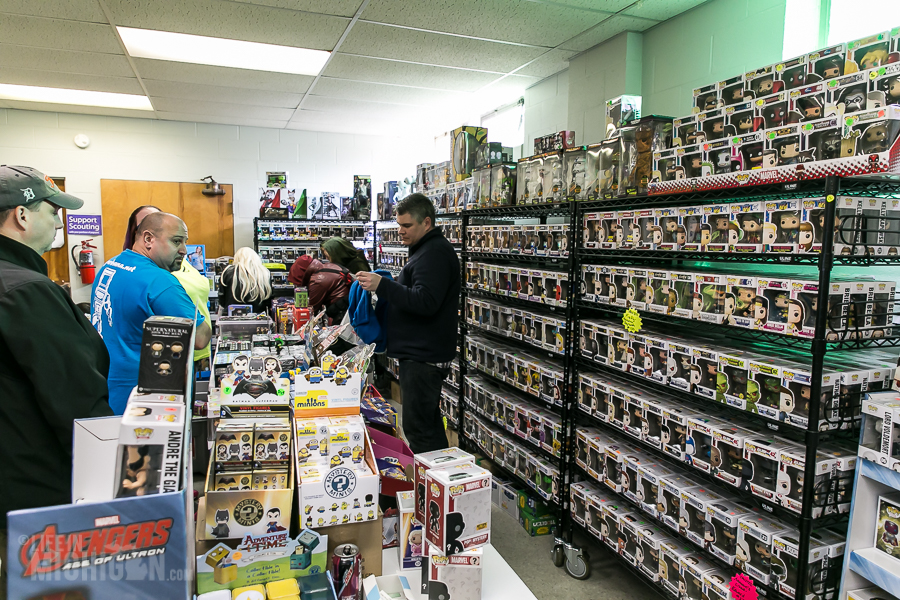 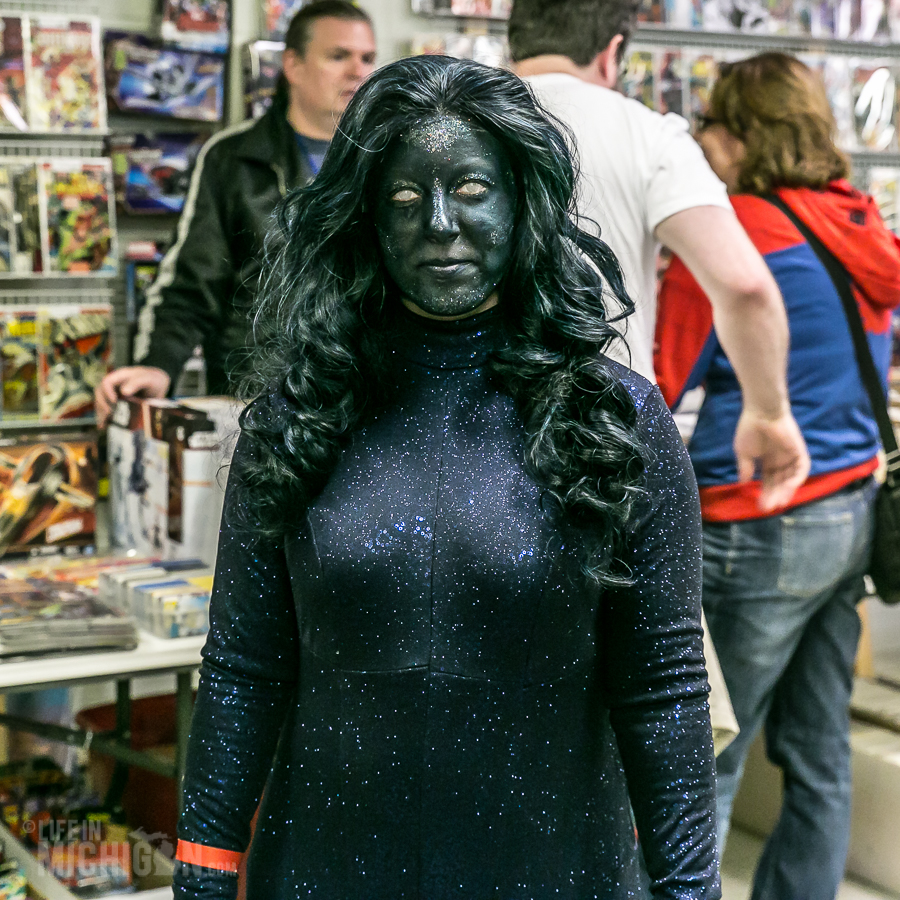 As you would hope to see at a good comic convention, there were folks dressed as their favorite characters. 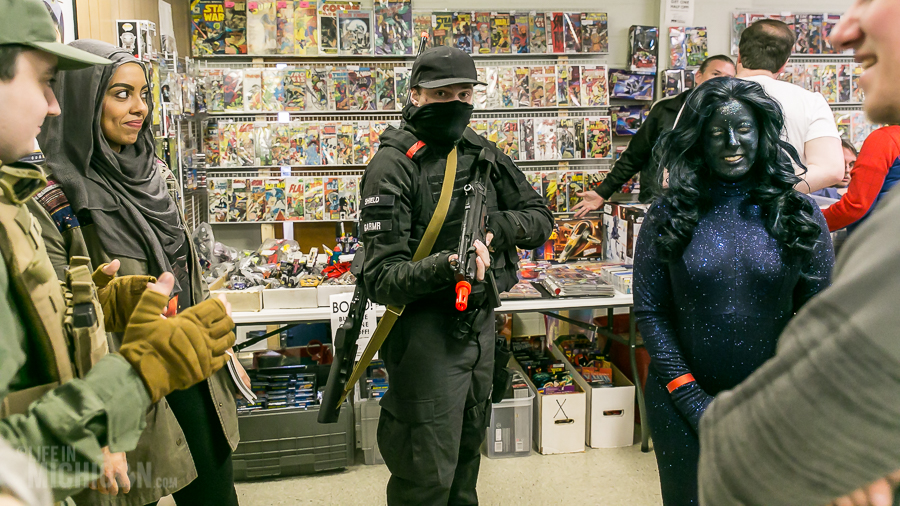 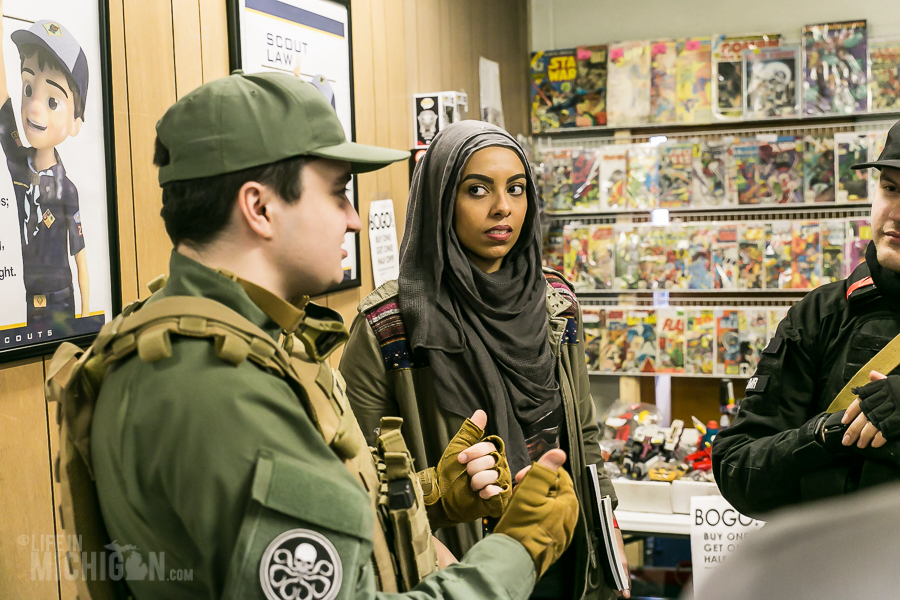 This included the Great Lakes Ghostbuster coalition who had their own room dedicated to Ghostbusters. 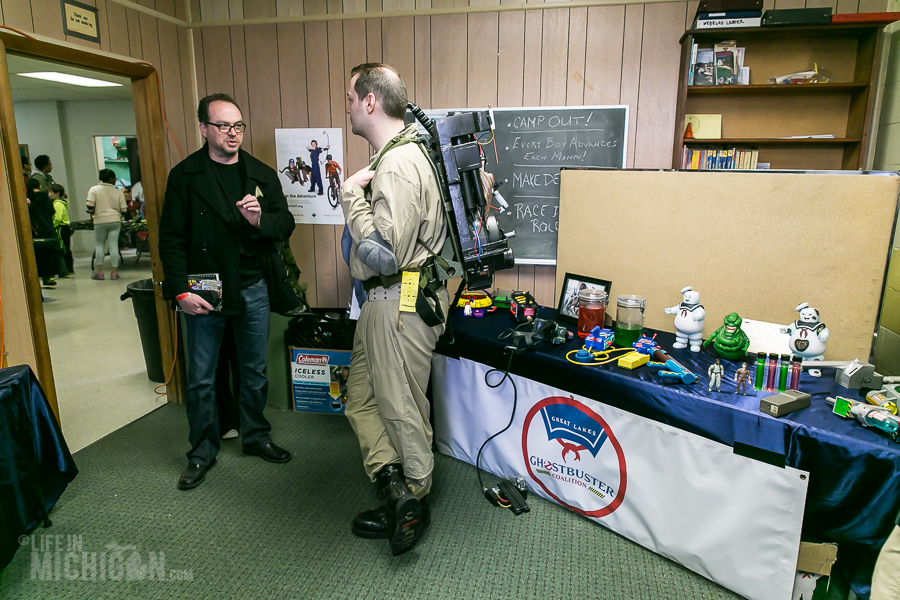 Crazy Mark TV was on hand to MC the costume trivia contest of Heroes vs. Villains and interview artists and patrons who came out to the Ypsilanti Comic Con. This was a fun event and a nice way to showcase some of the great artists in Michigan.  You can see more pictures from the convention in our gallery. 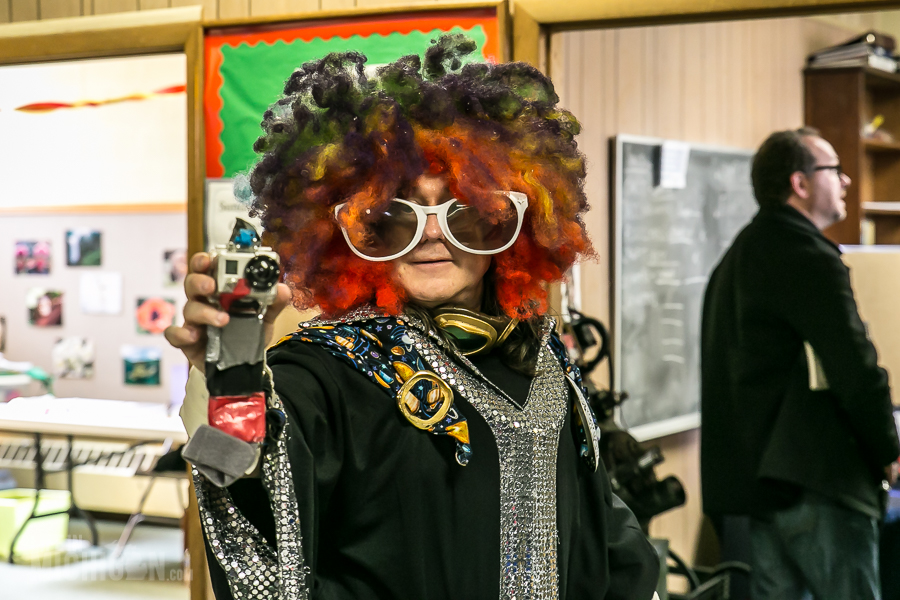 If you enjoyed our story about the Ypsilanti Comic Con, then please share it on your favorite social media venue or send it as a link to your friends and family.