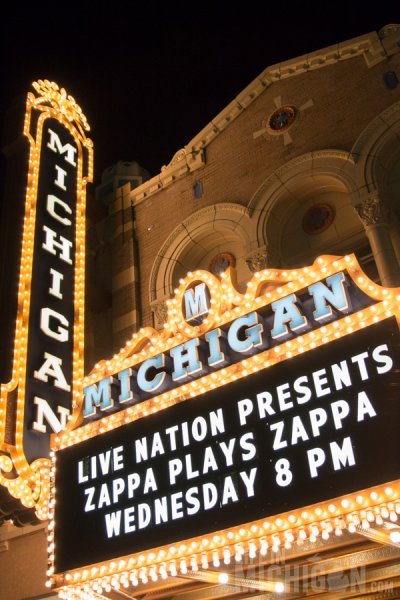 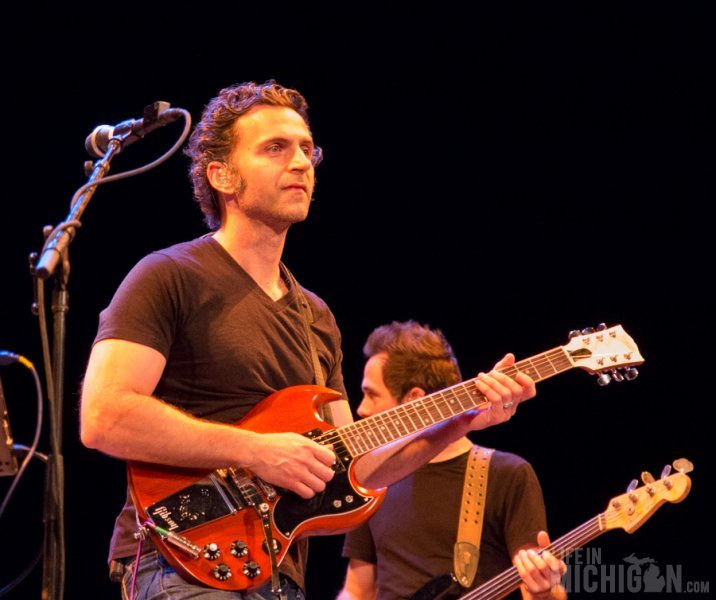 The evening got started with a brief detour from the Roxy album with “The Torture Never Stops”.  An interesting way to start the show as this track is dark and brooding.  Ben Thomas’s vocals kept cool and passive as lyrics of green flies floated by. 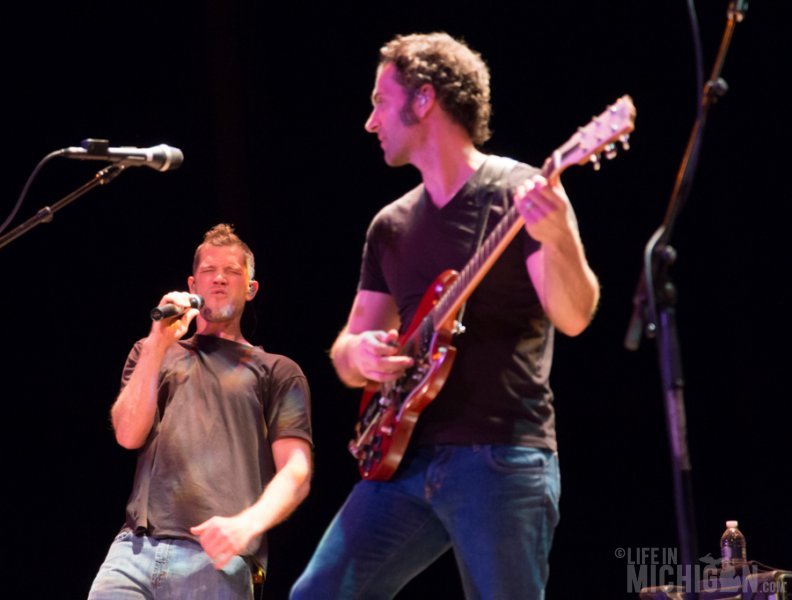 Getting back to Roxy

Zappa Plays Zappa then dove into the “Roxy & Elsewhere” album with “Penguin In Bondage” and “Pygmy Twylyte”.  Funky and groovy with that special Zappa sauce.  The skit during “Dummy Up” was great with Scheila Gonzalez (keys, vocals, sax, and flute) playing the evil drug pusher.  While Ben Thomas (vocals, trombone) lit it up with his smokin soulful vocals. 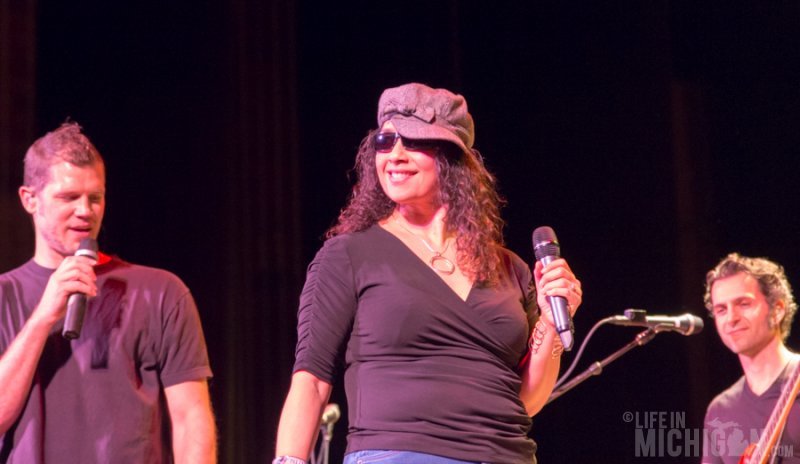 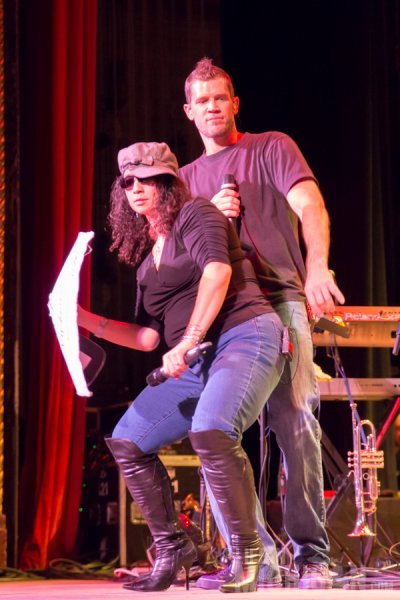 “Village of the Sun” with its ode to turkey farms in the sun starts to showcase how incredible the musicians are in Zappa Plays Zappa.  However with “Echidna’s Arf (of You)” and “Don’t You Ever Wash That Thing?” you get the tour de force of musical mayhem and tonal excellence.  Frank Zappa’s arrangements on these songs is breath-taking.  I have to believe that Frank is smiling, hearing his son take his music to another level.  Dweezil’s playing was extraordinary.  Combined with the astrophysical bass playing by Kurt Morgan and Ryan Brown (drums), and keyboard mastery of Chris Norton, the theater was on fire with sonic brilliance. 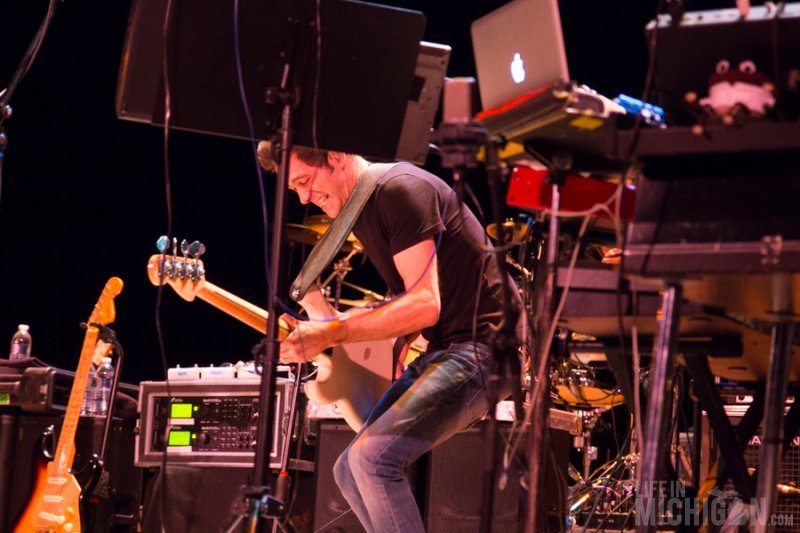 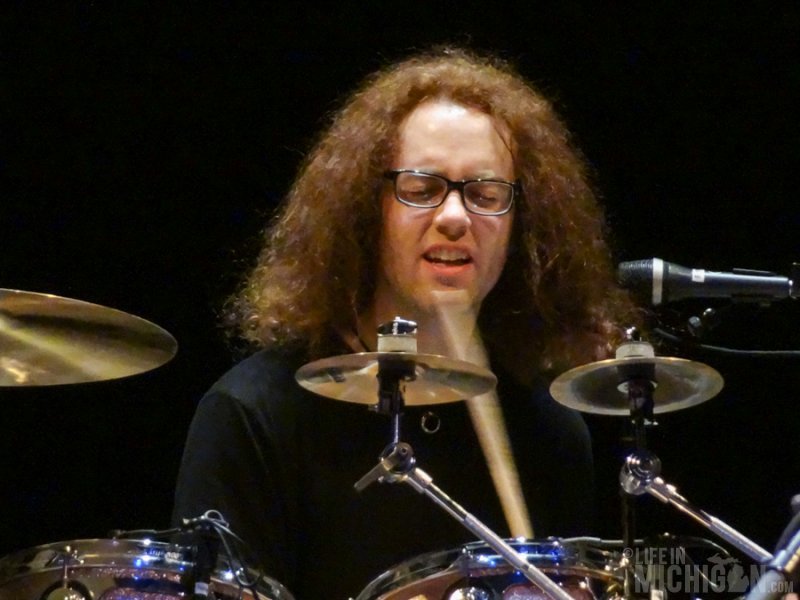 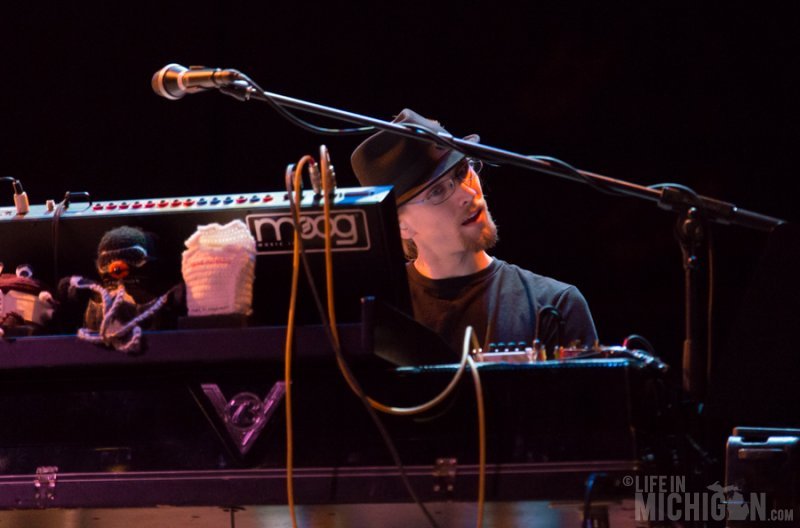 You have to love “Cheepnis” as it conquered the world!  The playful sax by Scheila Gonzalez was spot on.  The tremulous guitar solo was a funtastic touch.  Things mellowed out a bit as we moved into “Son Of Orange County”, but that doesn’t mean we stopped jamming.  The band took us on a musical journey through the mind of Frank Zappa, leading us along the rocky road to “More Trouble Everyday”.  Isn’t it crazy how topical this song still is today? 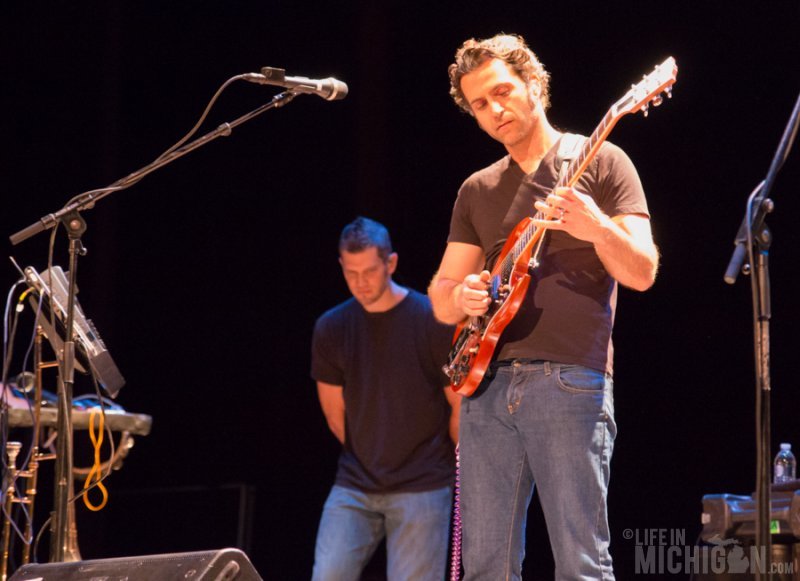 If you are familiar with the original Roxy album, you know that “Be-Bop Tango” is a chance for some of the audience to join the Zappa Plays Zappa band in a little dancing 🙂  Three young ladies joined the band on stage and did an amazing job imagining the chaotic atonal naked lunch madness into dance.  Yours truly volunteered to add my own bit of fun to the mix.  You can see the silliness for yourself:

And Now for Something Completely Different

After a short intermission, Zappa Plays Zappa slid into “Filthy Habits” with its sinful groove and impressive percussion.  “Teenage Wind” blew us into “Teen-age Prostitute” where Scheila was belting out some operatic vocals.  “Debra Kadabra” brought out stunt vocalist Pete Jones for some more Franktic mayhem!  Next we were treated to “Black Page #1 and #2”.  The sax solo by Scheila was playful and mesmerizing.  The set wrapped up with “Florentine Pogen”.   Here again the guitar playing by Dweezil was phenomenal.  He truly has re-envisioned his playing and its a beauty to witness. 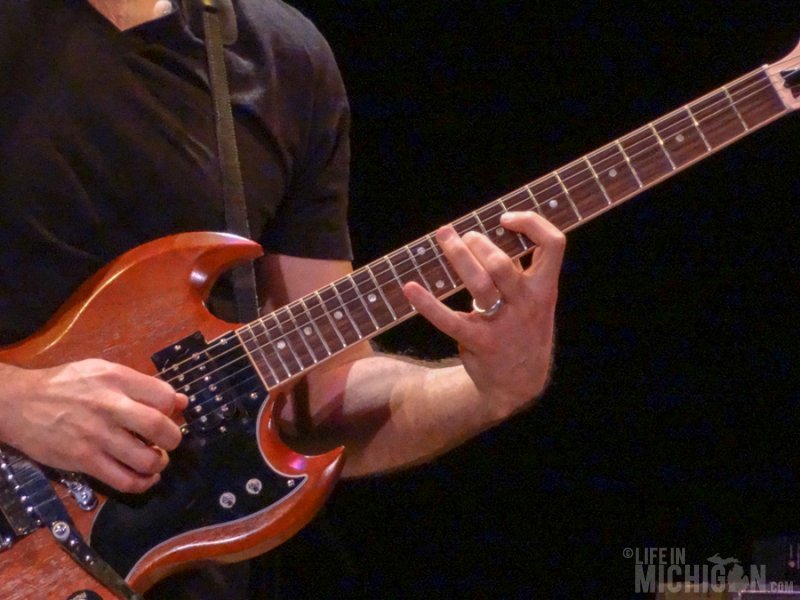 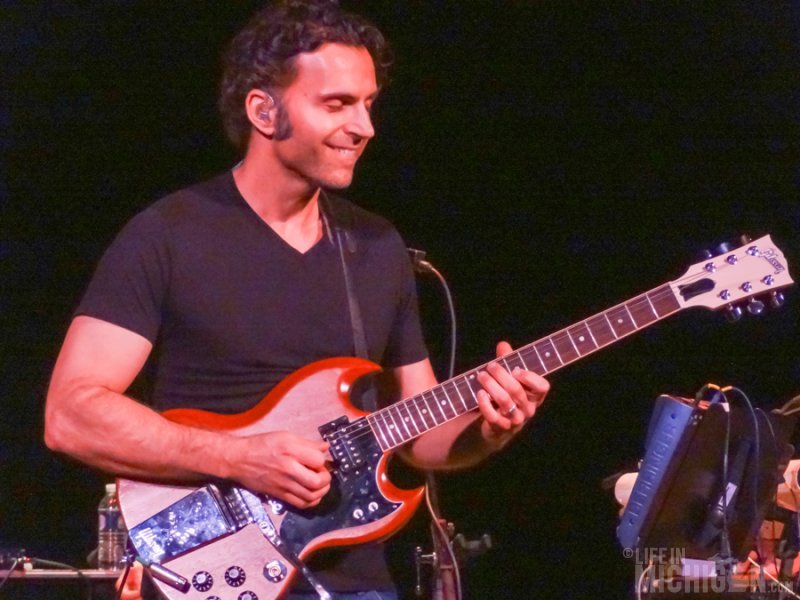 The band was back in short order for an encore featuring “Yellow Snow”, “Cosmik Debris” (gotta say, I love that damn song!), and the mind blowing “Muffin Man”.  This where I caught these fine fellas going nuts for the Muffin! 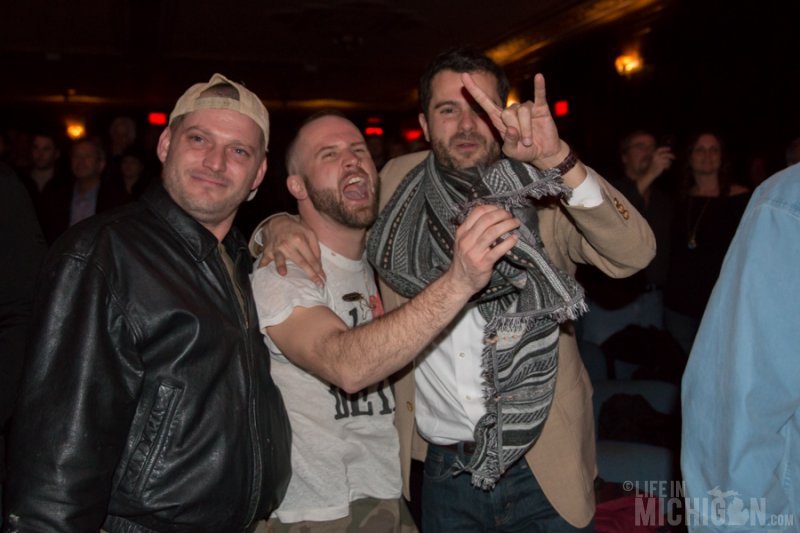 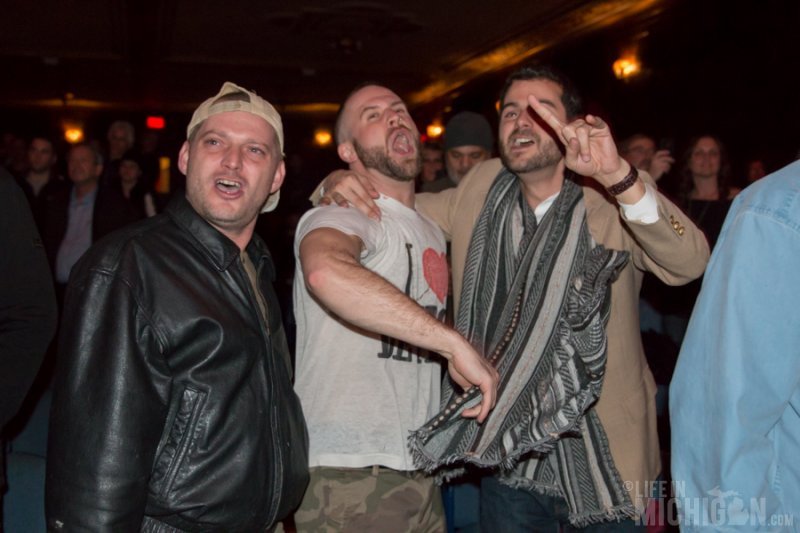 A stellar show by Zappa Plays Zappa.  Amazing musicians having fun that infects the audience.  If you get a chance, be sure to check them out!  Also be on the look out for Dweezil on the Experience Hendrix tour.  As always, you can see more pics from the show in our gallery.