Zucchini Recipes for Meatloaf and Hash

We are well into week number 1 of the Zucchini Challenge 2013 and I’ve found some great zucchini recipes to share! I have set the lofty goal of using zucchini in 100 different dishes. Here are the first two! (yikes 98 more to go!) 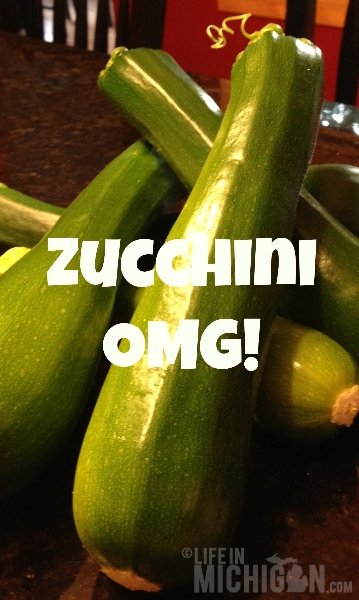 The idea for zucchini meatloaf started with a craving for my mom’s meatloaf, which was anything but vegan. She would take a pound of hamburger, add eggs, catsup, onions, bread crumbs, salt, pepper. That was the basic recipe. She’d add other stuff if it was in the refrigerator. She always served it with boiled potatoes and maybe a can of green bean. I found a recipe on Wing It Vegan for Halloweegan Meatloaf Scramble with Mashed Potato Ghosts which was the starter for my recipe, Betty’s Zucchini Meatloaf.

I didn’t actually measure anything just added stuff based how I use to make meatloaf with my mom. Admittedly this a terrible picture, but here is the final product. 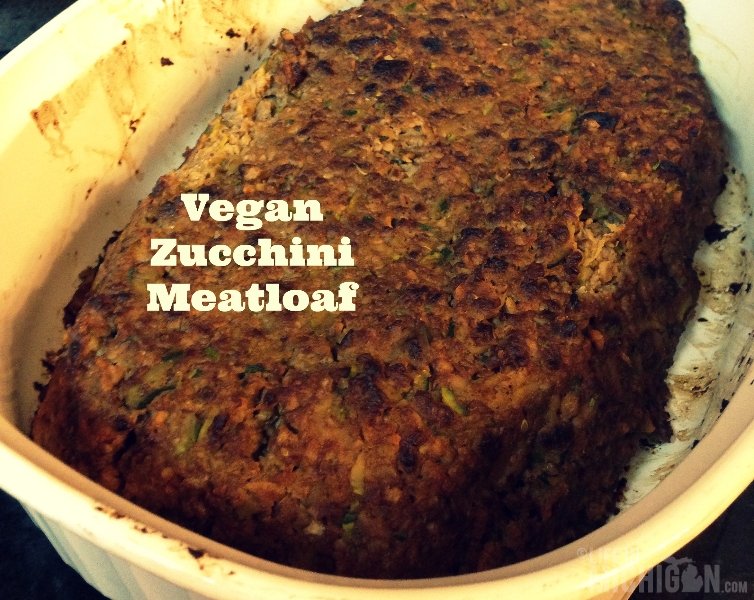 I served this with Cauliflower Mashed Potatoes (Caulipots) and Silky Chickpea Gravy from Isa Chandra Moskowitz cookbook “Appetite for Reduction”. Both are low calorie and super yummy. I estimated that a serving of the vegan zucchini meatloaf at 100 calories. The total meal was maybe 350 calories, if you ate “sensible” servings.  I loved eating meatloaf sandwiches, the day after my mom served her non-vegan meatloaf. Vegan, zucchini meatloaf sorta falls apart when it is served so you’d need eat it on a hoagie bun, if you wanted a vegan meatloaf sandwich. No worries these leftovers make GREAT hash!

The next day, I  browned a couple of cups of onions, 3-4 tbsp of garlic, and Olive Oil. When the onion was translucent I added two medium, grated zucchini. After 5-6 minutes I added the leftover meatloaf and catsup and tamari. When this was mixed well, the caulipots and gravy were added.  It is best to use a large, non-stick skillet so can brown the mixture. 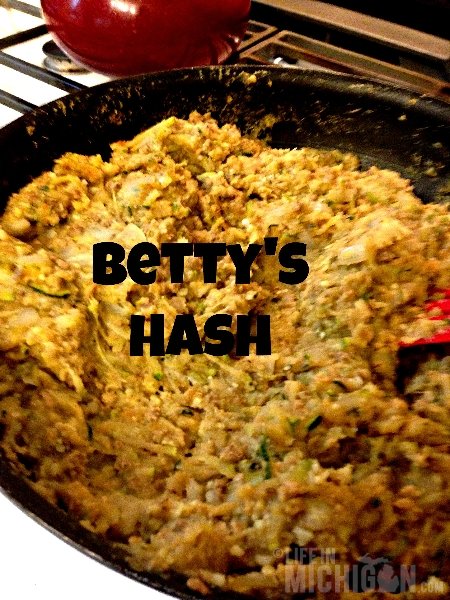 I personally think it was best served with catsup but Chuck ate his serving with sauerkraut. Here is the great news: Betty’s Hash has fewer calories than the meatloaf dinner. We reduced the calories when the zucchini was added. So fill your belly!